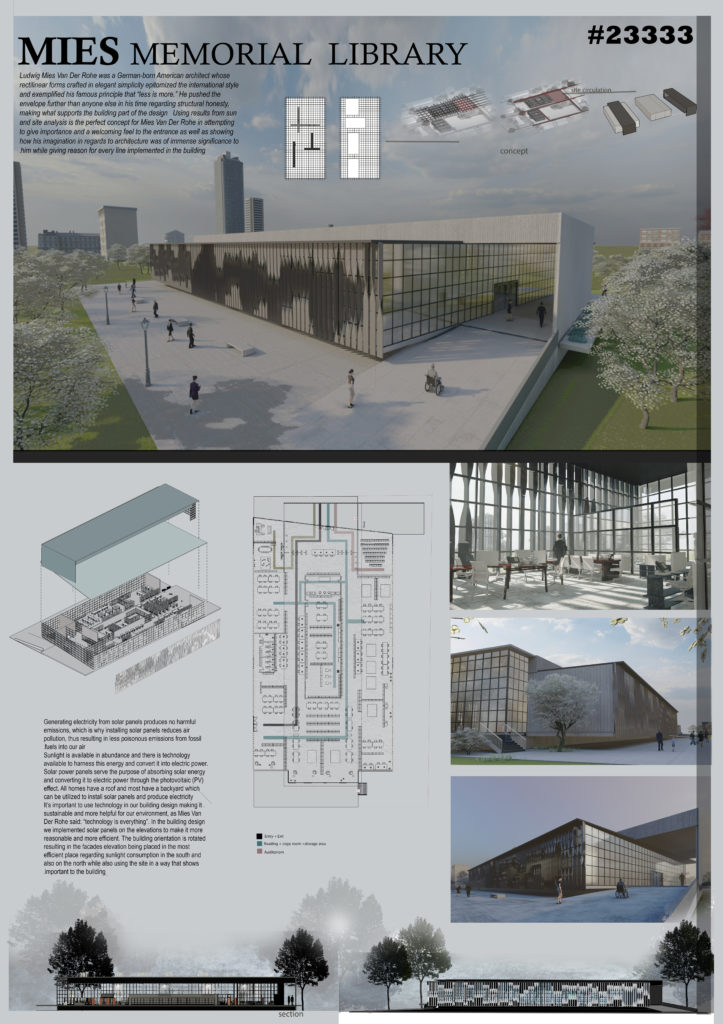 Ludwig Mies Van Der Rohe was a German-born American architect whose rectilinear forms crafted in elegant simplicity epitomized the international style and exemplified his famous principle that “less is more.” He pushed the envelope further than anyone else in his time regarding structural honesty, making what supports the building part of the design. Using results from sun and site analysis is the perfect concept for Mies Van Der Rohe in attempting to give importance and a welcoming feel to the entrance as well as showing how his imagination in regards to architecture was of immense significance to him while giving reason for every line implemented in the building.

Generating electricity from solar panels produces no harmful emissions, which is why installing solar panels reduces air pollution, thus resulting in less poisonous emissions from fossil fuels into our air.
Sunlight is available in abundance and there is technology available to harness this energy and convert it into electric power. Solar power panels serve the purpose of absorbing solar energy and converting it to electric power through the photovoltaic (PV) effect. All homes have a roof and most have a backyard which can be utilized to install solar panels and produce electricity
It’s important to use technology in our building design making it sustainable and more helpful for our environment, as Mies Van Der Rohe said: “technology is everything”. In the building design we implemented solar panels on the elevations to make it more reasonable and more efficient. The building orientation is rotated resulting in the facades elevation being placed in the most efficient place regarding sunlight consumption in the south and also on the north while also using the site in a way that shows important to the building. 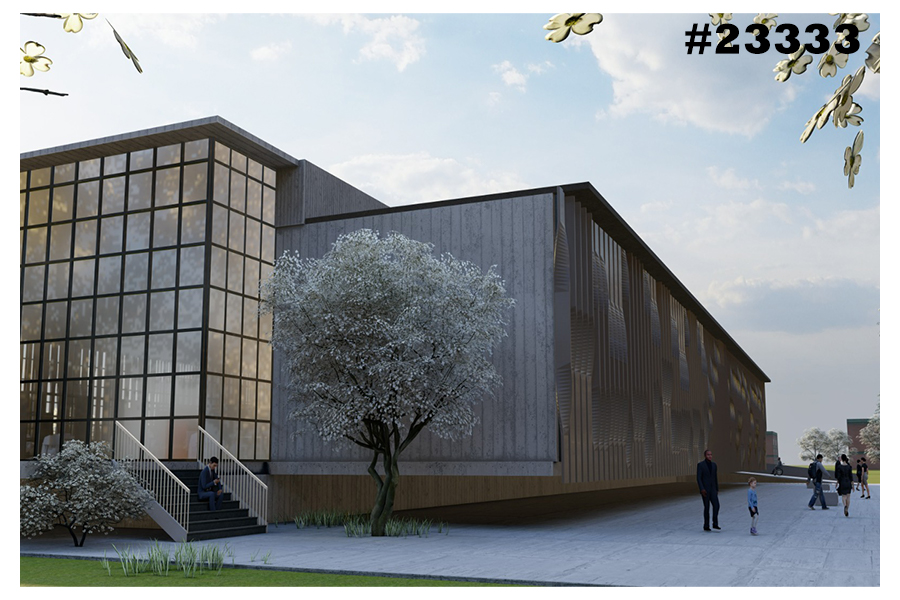 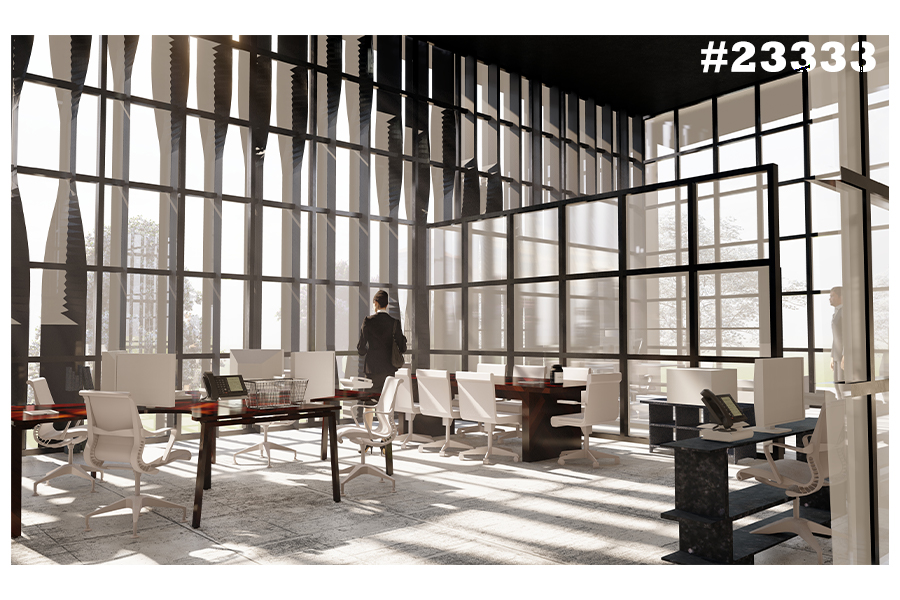 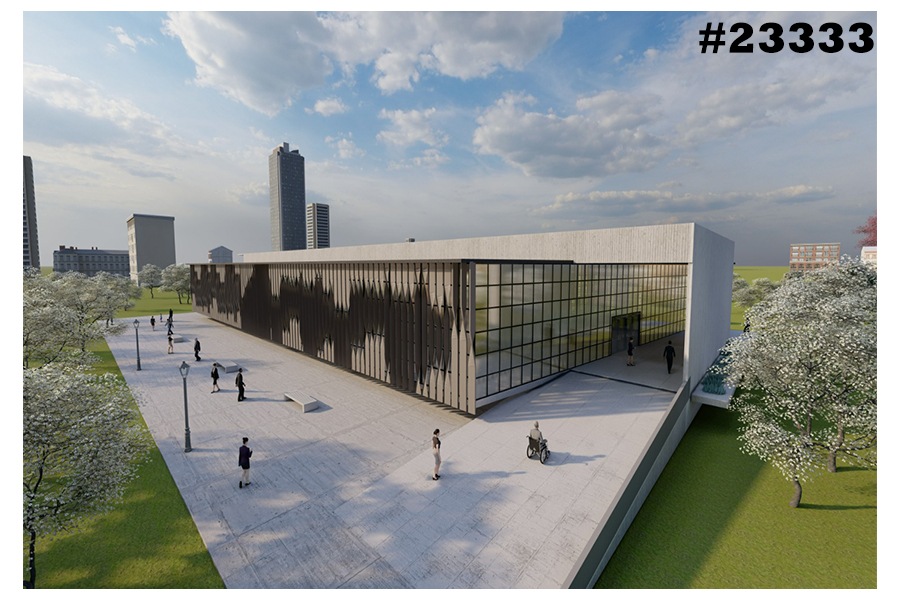