Mies Memorial Library——salute the minimalism by SKY OF DREAM 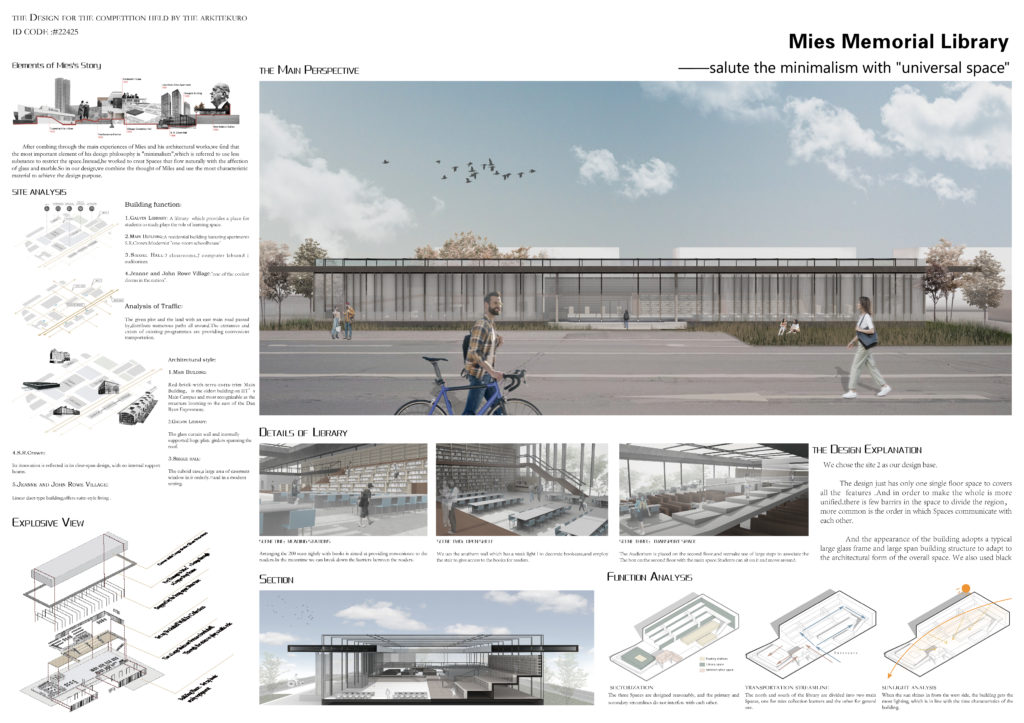 the Design for the competition held by the arkitekuro
ID CODE :#22425

We chose the site 2 as our design base.

The design just has only one single floor space to covers all the features .And in order to make the whole is more unified,there is few barrirs in the space to divide the region，more common is the order in which Spaces communicate with each other.

And the appearance of the building adopts a typical large glass frame and large span building structure to adapt to the architectural form of the overall space. We also used black copper strips to decorate and divide the space of the facade in homage to Mies’ design work .

After combing through the main experiences of Mies and his architectural works,we find thatthe most important element of his design philosophy is “minimalism”,which is referred to use less
substance to restrict the space.Instead,he worked to creat Spaces that flow naturally with the affection
of glass and marble.So in our design,we combine the thought of Miles and use the most characteristic
material to achieve the design purpose.

Galvin Library: A library which provides a place for students to study,plays the role of learning space.

Jeanne and John Rowe Village:”one of the coolest dorms in the nation”.

The given plot and the land with an east main road passed by,distribute numerous paths all around.The extrances and exists of existing programmes are providing convenient transportation.

1.Main Building:Red-brick-with-terra-cotta-trim Main Building， is the oldest building on IIT’s Main Campus and most recognizable as the structure looming to the east of the Dan Ryan Expressway.

3.Siegle hall:The cuboid case,a large area of casement window in it orderly.=and in a modern setting.

4.S.R.Crown: Its innovation is reflected in its clear-span design, with no internal support beams.

The three Spaces are designed reasonably, and the primary and secondary streamlines do not interfere with each other.

The north and south of the library are divided into two main Spaces, one for mies collection learners and the other for general use.

When the sun shines in from the west side, the building gets the most lighting, which is in line with the time characteristics of the building.

Arranging the 200 seats tightly with books is aimed at providing convenience to the readers.In the meantime we can break down the barriers between the readers.

We ues the southern wall which has a weak light l to decorate bookcase,and employ the stair to give access to the books for readers. 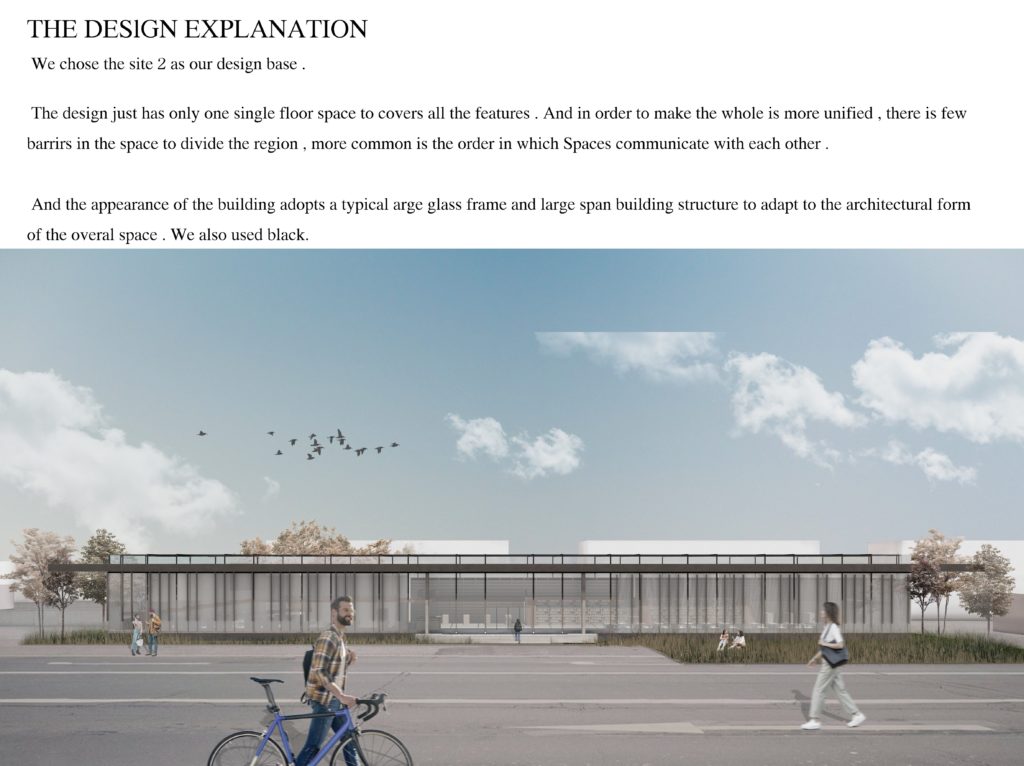 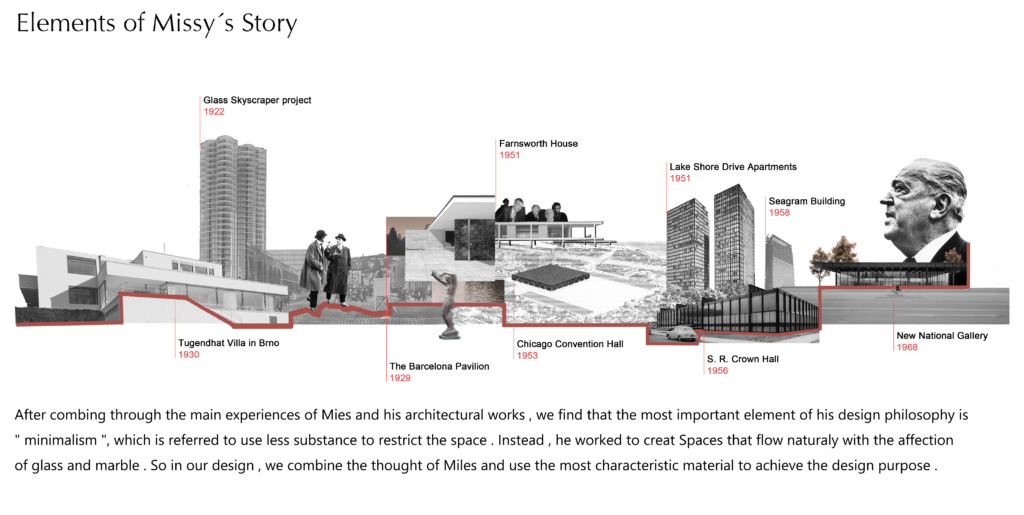 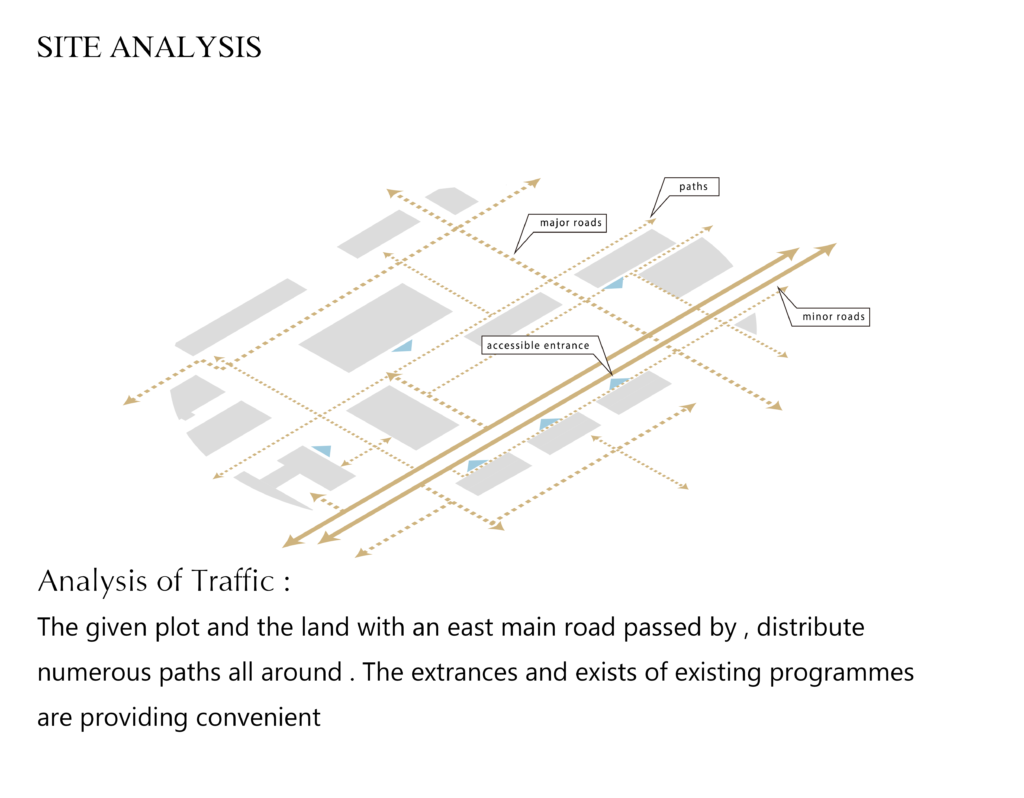 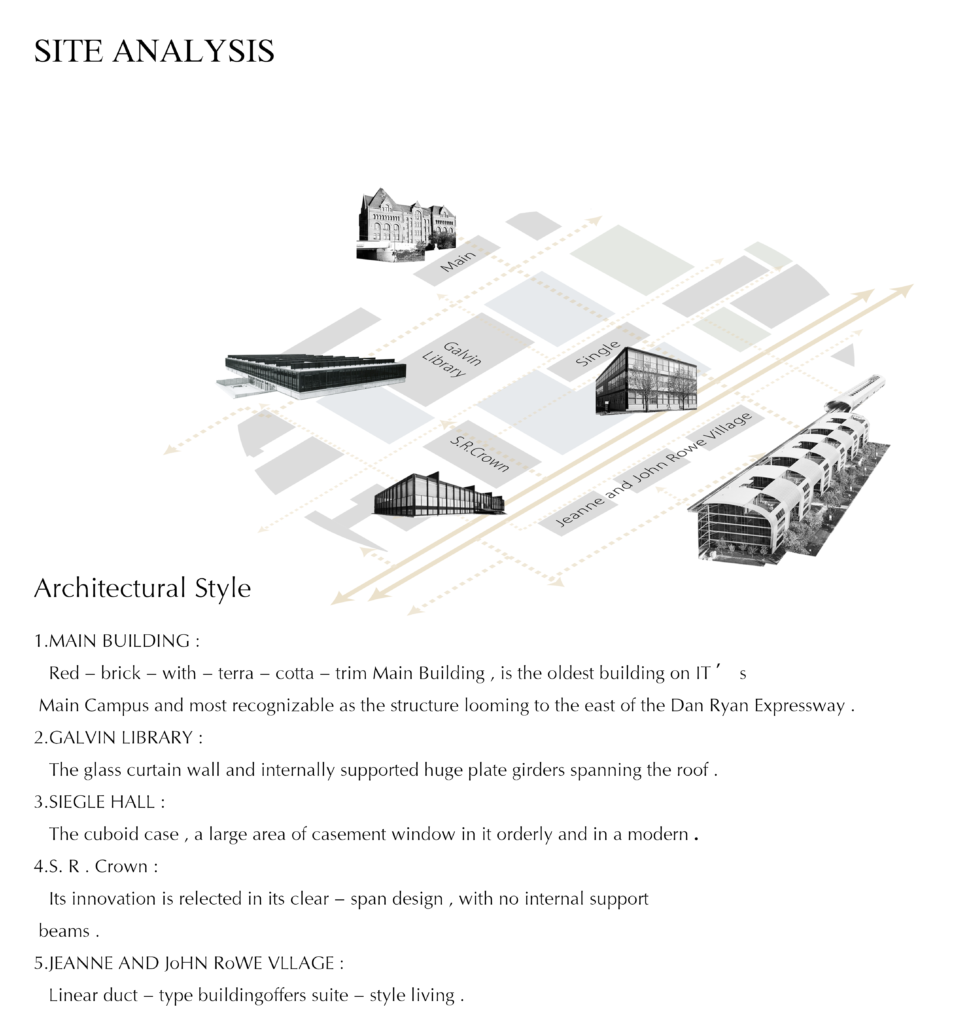 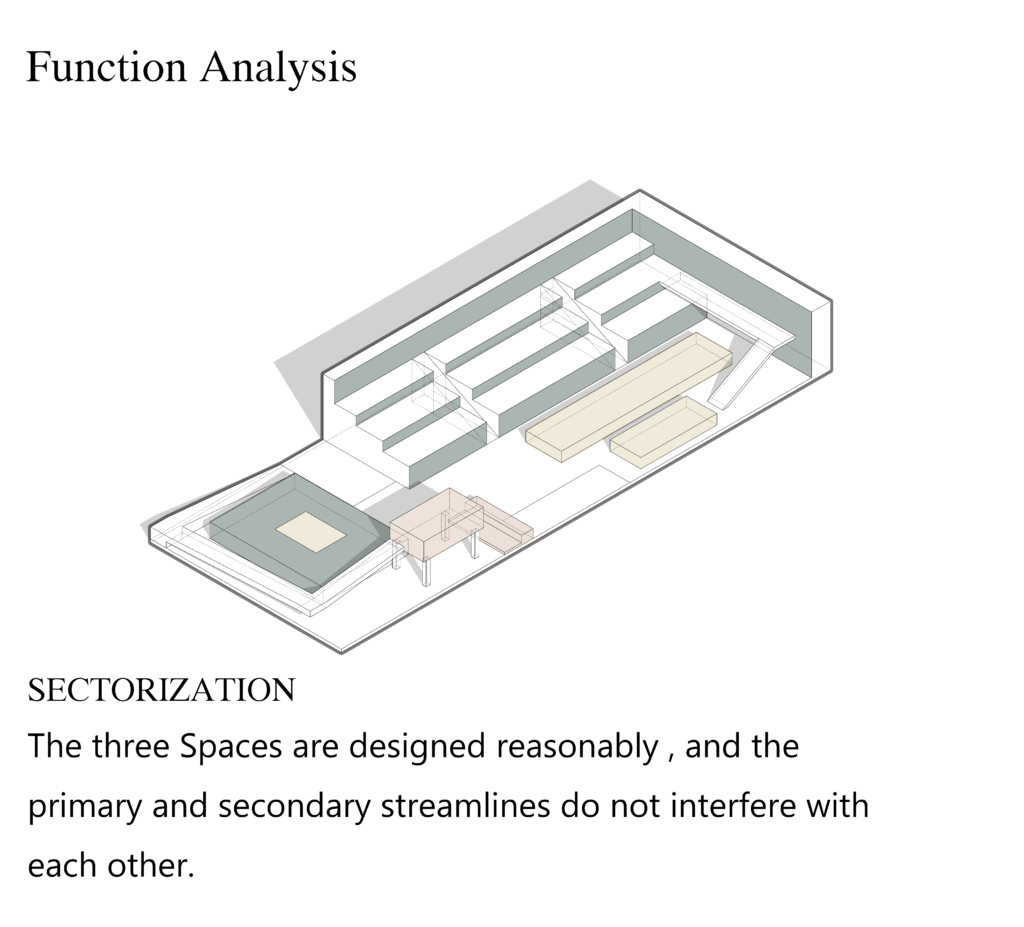 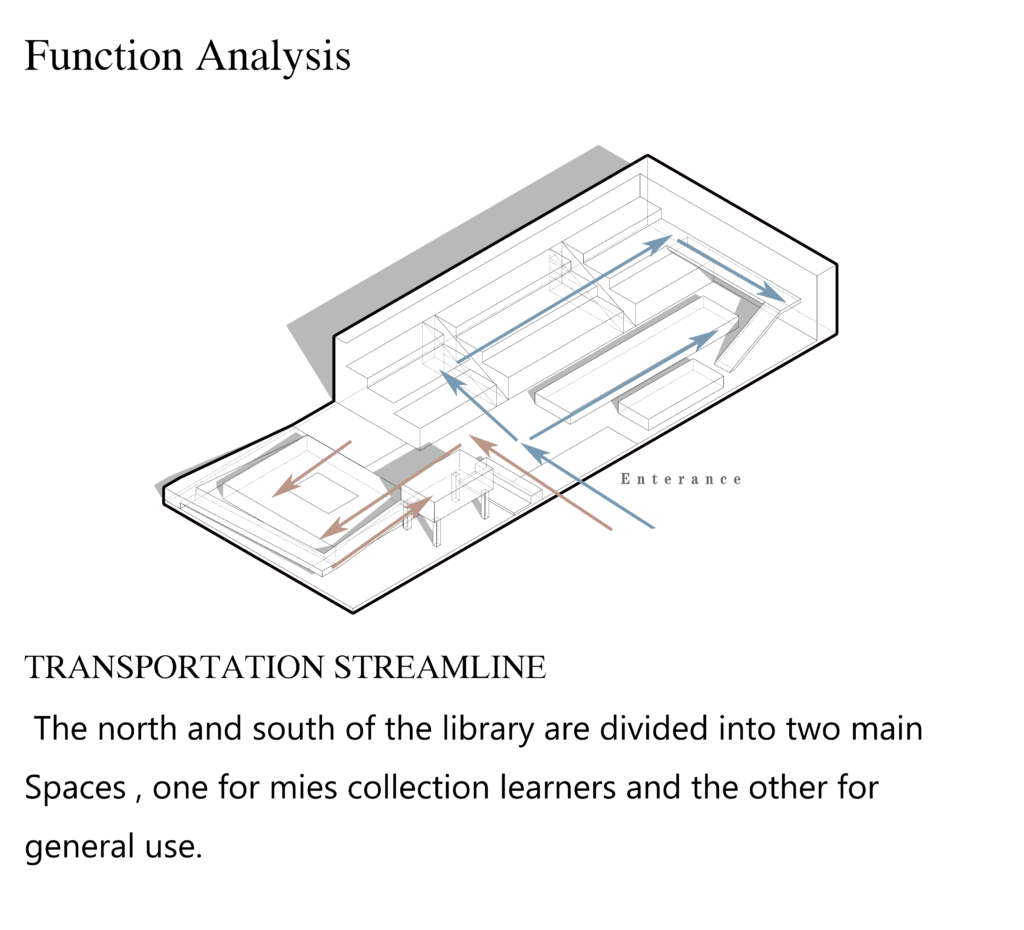 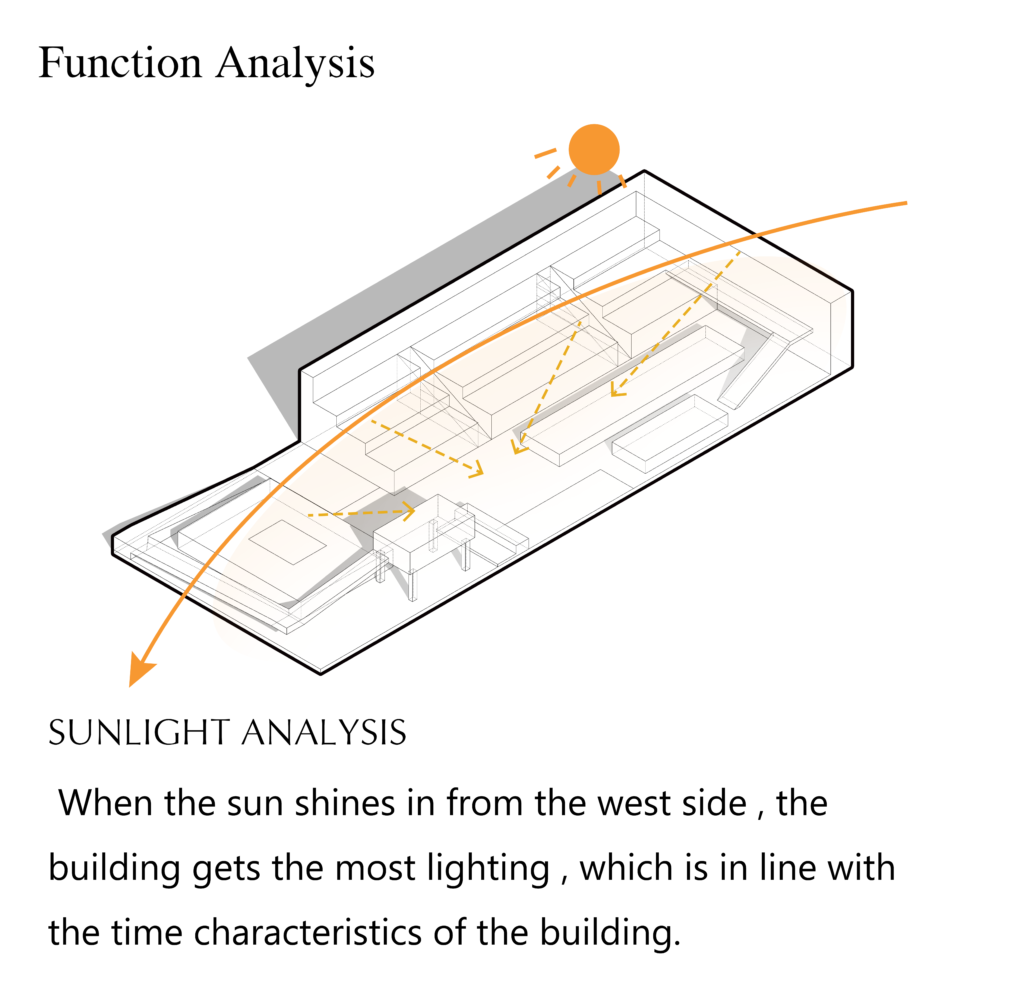 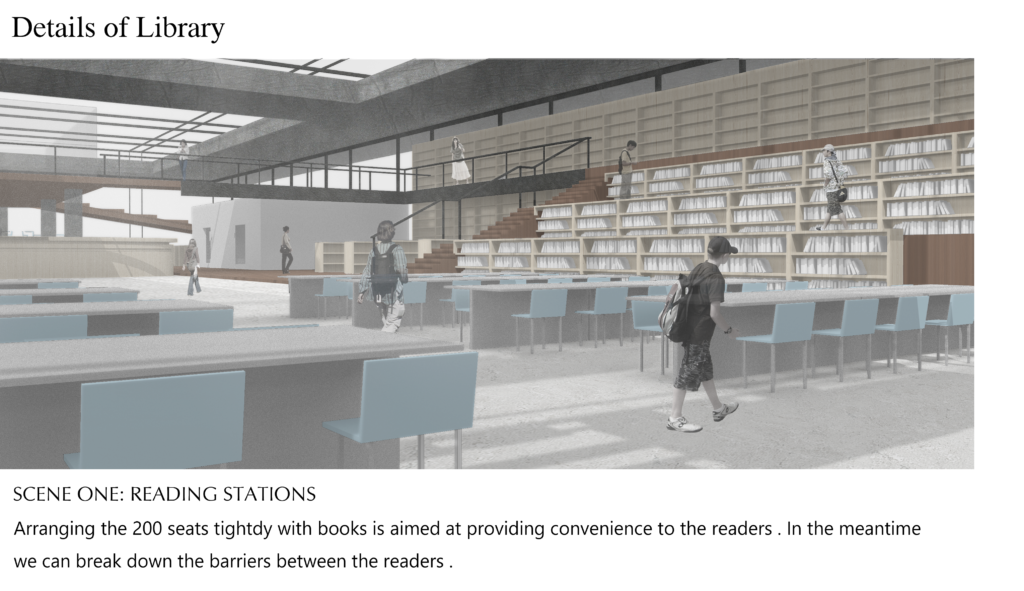 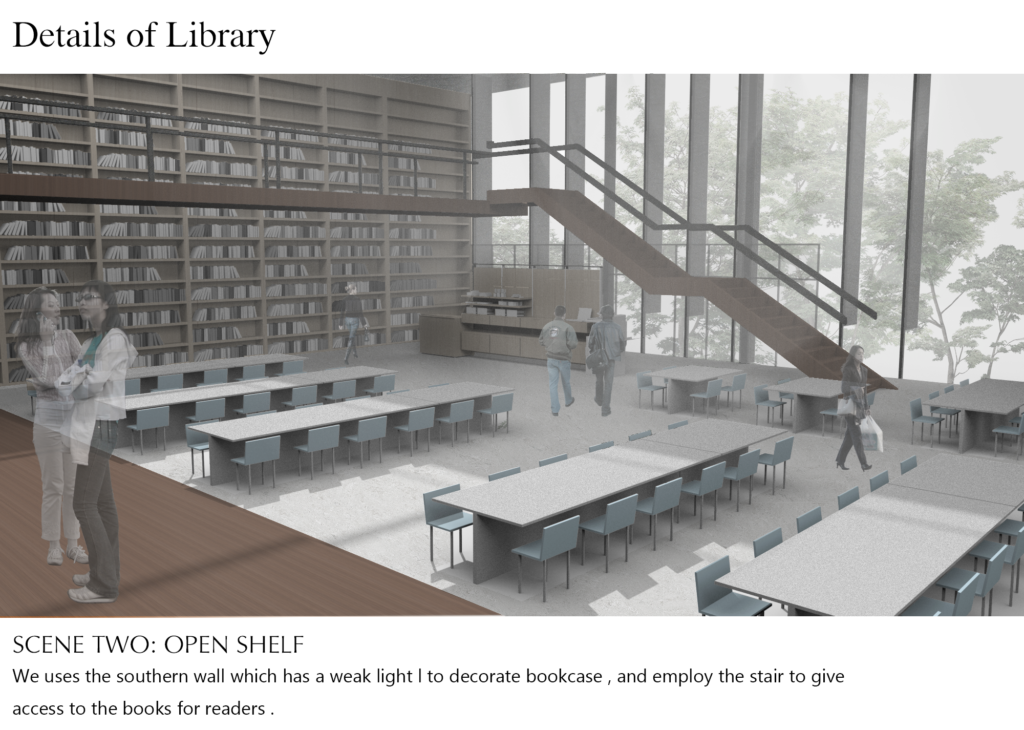 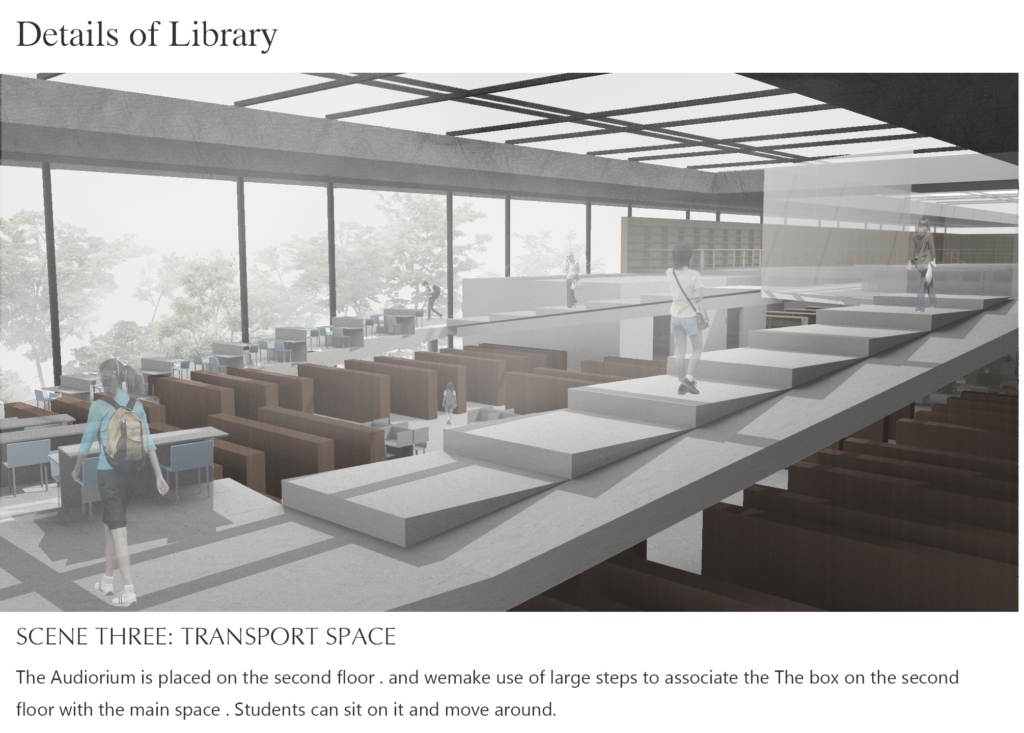 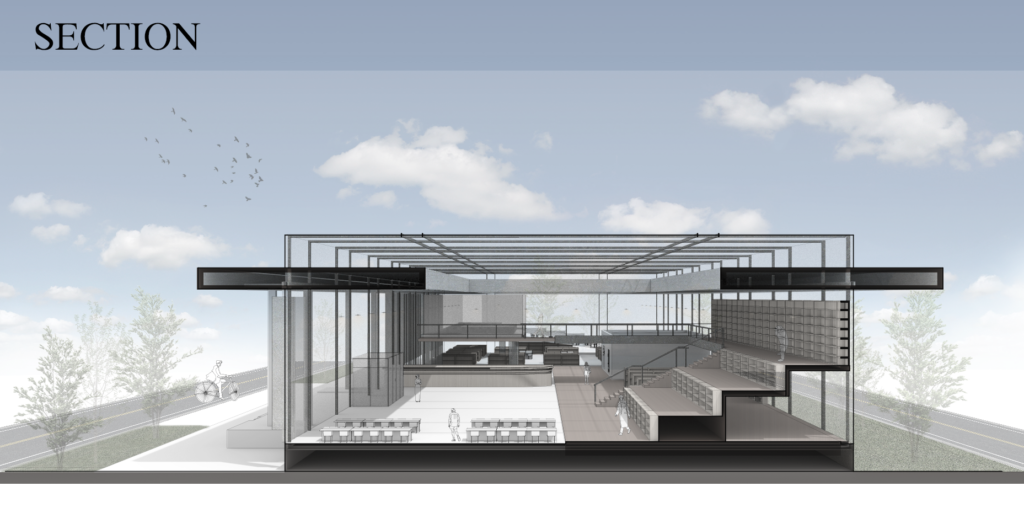