Mies van der Rohe’s professional career was one of continuous exploration, endless ambition, and a tireless search for what modern architecture should be and stand for.

Becoming the director of the Bauhaus would have been the pick of a career for many architects, however, for Mies it was only the beginning. By the time the Nazis forced the Bauhaus to close, he had already designed such iconic buildings as the Barcelona Pavilion or the Tugendhat House, yet some of his best works were still to come.

Mies left Germany and emigrated to the US in 1937, looking for a more favorable environment to pursue his vision, and oh my did he achieve it!

But how could a single person’s ideas have such a deep impact on a discipline as bast as architecture? Way before moving to the US Mies understood his buildings and the ones from a handful of contemporary colleagues who shared his ideals would not be enough to stand up against centuries of tradition. Education was the only way to make his ideas endure. Only by planting that seed in future generations would modern architecture stand a chance of succeeding.

So, when opportunity knocked on his door, Mies didn’t hesitate to grab it with both hands, and in 1939 he became the head of the architecture school at Chicago’s Armour Institute, which would soon thereafter merge and be renamed as the Illinois Institute of Chicago (IIT). There he led the way of what would later be known as nothing less than the “Second Chicago School”.

Mies went on to develop the masterplan for the new IIT, as well as several on-campus buildings. But his greatest contribution to modern architecture wasn’t the Crown Hall or the Farnsworth house, it was a brand-new architecture curriculum, much of which is still taught at IIT to this day.

Mies believed his ideas could be translated into an architectural language that could objectively be taught and learned, and that this language could be applied, and give an appropriate solution, to any type of building. 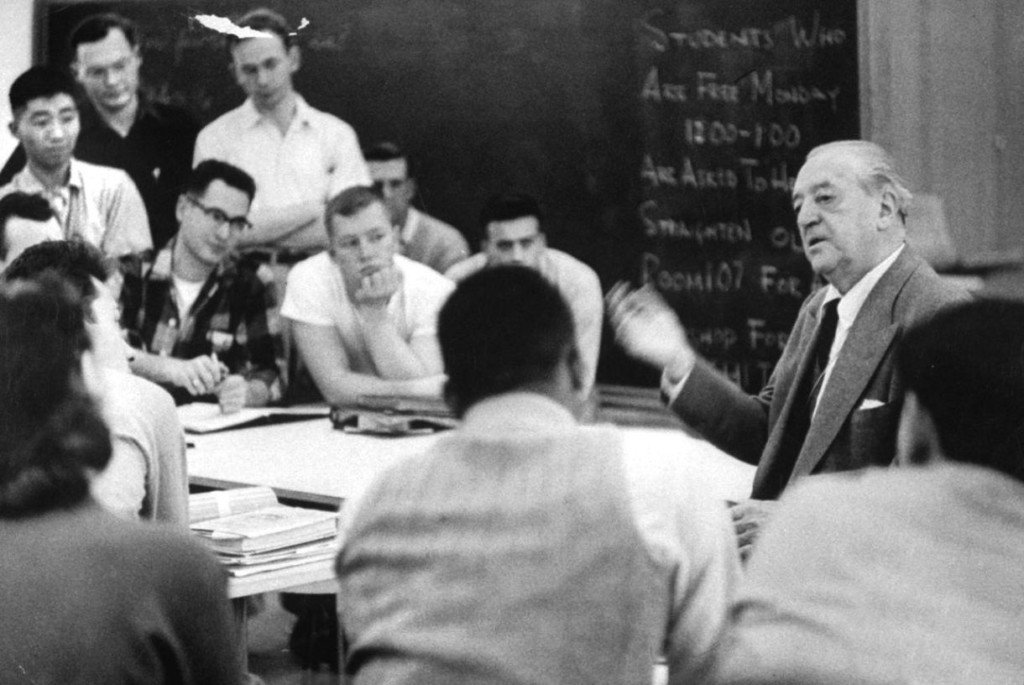 Spoken languages have dictionaries, and in the case of Mies’s architectural language, we have thousands of drawings, sketches, models, letters, articles and more, each a small but crucial piece when it comes to fully understanding his life, his work, his vision, and his legacy.

Times change, societies evolve, and so do languages. But evolution, requires a solid origin one can always look back to. The same way the Rosetta Stone will always remain an invaluable key to understanding the evolution of language, Mies’s visual dictionary for a modern architectural language deserves to be studied, cared for and cherished.

As ambitious as he was, probably not even Mies himself could have imagined how far his ideas would spread. Vigorously embraced by architects such as Gene Summers or Skidmore, Owings & Merrill, modern architecture spread further and faster than any other architectural style ever did, and ever has. Today modern architecture floods our cities, making Mies van der Rohe a part of them, forever.

Mies’s drawings, letters and articles are all well preserved. He made sure himself by donating over eighteen thousand pieces of his work to the Museun of Modern Art (MoMA). Other collections of his works also live at the Art Institute of Chicago, the Library of Congress in Washington D.C, at the Canadian Centre for Architecture in Montreal or inside de Crown Hall itself at the IIT.

All these pieces are safe and sound. However, there’s a difference between preservation and celebration, and we believe Mies’s work deserve to be celebrated.

For the sake of this challenge, we are going to consider that the IIT is planning to make a move to bring many of those pieces back to its campus to establish the new “Mies Memorial Library”. A building not only meant to preserve, but also to celebrate the life, works and contributions of one of the founding fathers of modern architecture. A building that will look into the future without forgetting the past. A building capable of encouraging young architects to be ambitious and remind the established ones to never settle. A building which this brief, if you choose to do so, invites you to envision and design.

The Mies Memorial Library will stand withing Mies’s own masterplan at the IIT campus in south-Chicago. The new building will need to consider the other buildings already on campus, some of which are catalogued and international landmarks, and establish a dialog with its surroundings, in order to be able to stand up for itself while also elevating the status of the campus as a whole.

Inside the building people will be immersed in the universe of Mies, and will be able to work and study surrounded by pieces of his furniture and other works on display. The library will have a “Open Collection” freely accessible to anyone without supervision. Members of the library will also be able to borrow these books just like in any other library. 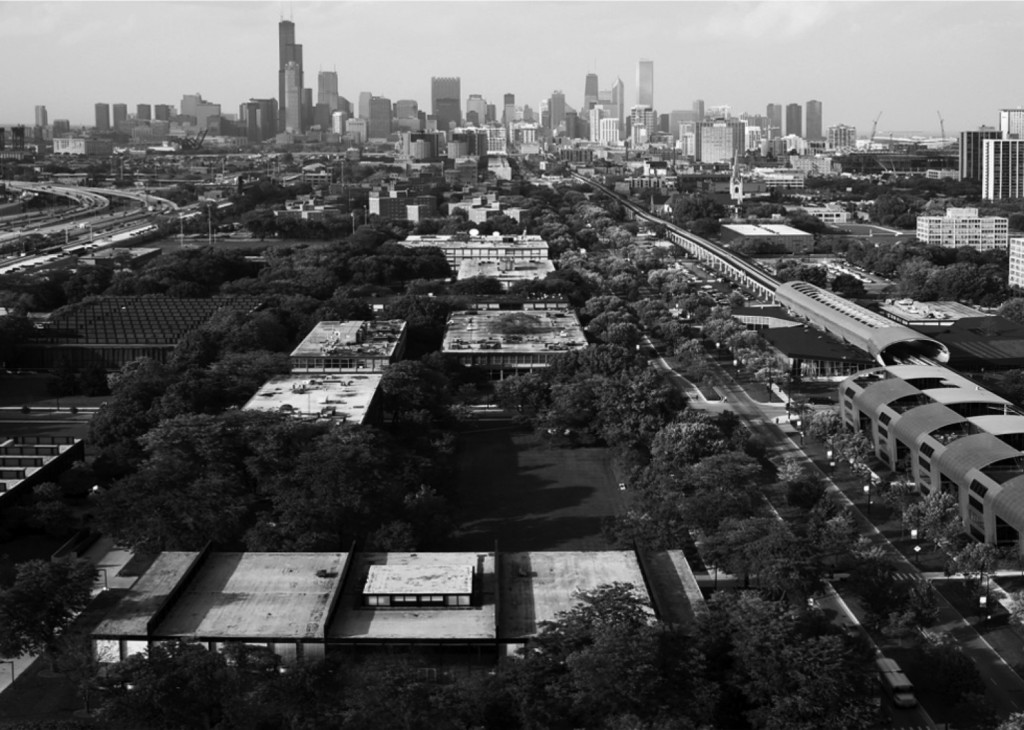 The “Complete Mies Collection” on the other hand, containing more unique and valuable pieces, will only be available for research purposes under supervision.

The new library’s aim is not to become an isolated fortress or museum, but a necessary complement to the needs of the Architecture School and the IIT campus. It will help ease the burden on the Graham Resource Center, located inside the Crown Hall and which has already been expanded twice. This will free up space inside the Crown Hall to accommodate more offices, classes and workshops. The new library will also be a complement to the Paul V. Galvin Library, which is IIT’s main library.

Mies devoted his life to architecture and education, and with the creation of the Mies Memorial Library, his lessons will continue to live on and inspire the architects who will lead the evolution of architecture for centuries to come.

Submit until Jan 28th
with the support from