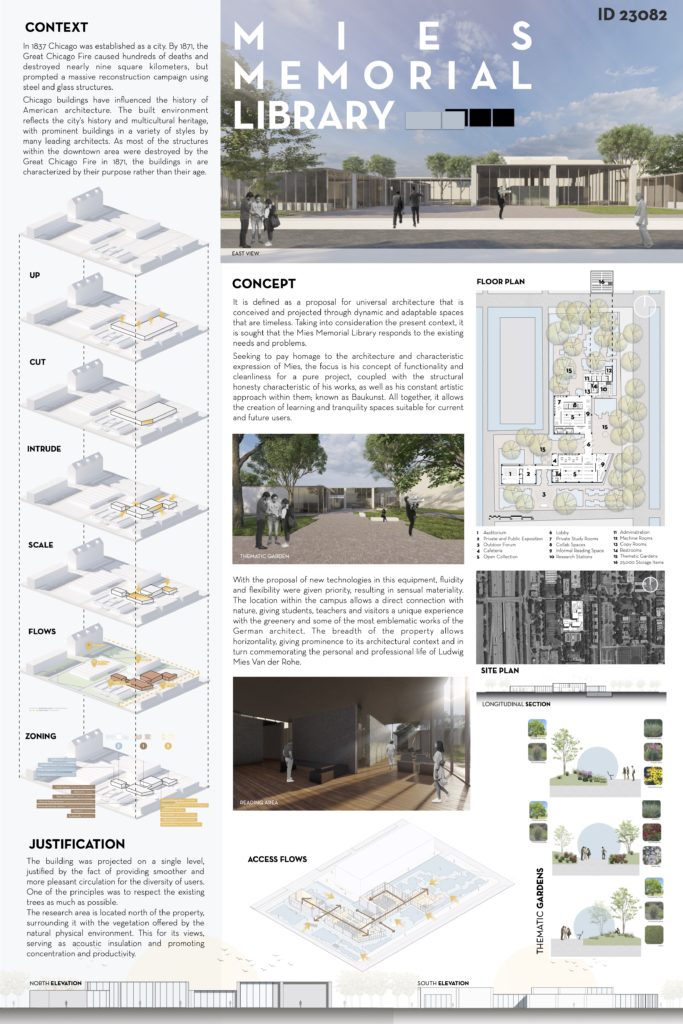 CONTEXT
In 1837 Chicago was established as a city. By 1871, the Great Chicago Fire caused hundreds of deaths and destroyed nearly nine square kilometers, but prompted a massive reconstruction campaign using steel and glass structures.
Chicago buildings have influenced the history of American architecture. The built environment reflects the city’s history and multicultural heritage, with prominent buildings in a variety of styles by many leading architects. As most of the structures within the downtown area were destroyed by the Great Chicago Fire in 1871, the buildings in are characterized by their purpose rather than their age.

JUSTIFICATION
The building was projected on a single level, justified by the fact of providing smoother and more pleasant circulation for the diversity of users. One of the principles was to respect the existing trees as much as possible.
The research area is located north of the property, surrounding it with the vegetation offered by the natural physical environment. This for its views, serving as acoustic insulation and promoting concentration and productivity.

CONCEPT
It is defined as a proposal for universal architecture that is conceived and projected through dynamic and adaptable spaces that are timeless. Taking into consideration the present context, it is sought that the Mies Memorial Library responds to the existing needs and problems.
Seeking to pay homage to the architecture and characteristic expression of Mies, the focus is his concept of functionality and cleanliness for a pure project, coupled with the structural honesty characteristic of his works, as well as his constant artistic approach within them; known as Baukunst. All together, it allows the creation of learning and tranquility spaces suitable for current and future users. With the proposal of new technologies in this equipment, fluidity and flexibility were given priority, resulting in sensual materiality. The location within the campus allows a direct connection with nature, giving students, teachers and visitors a unique experience with the greenery and some of the most emblematic works of the German architect. The breadth of the property allows horizontality, giving prominence to its architectural context and in turn commemorating the personal and professional life of Ludwig Mies Van der Rohe. 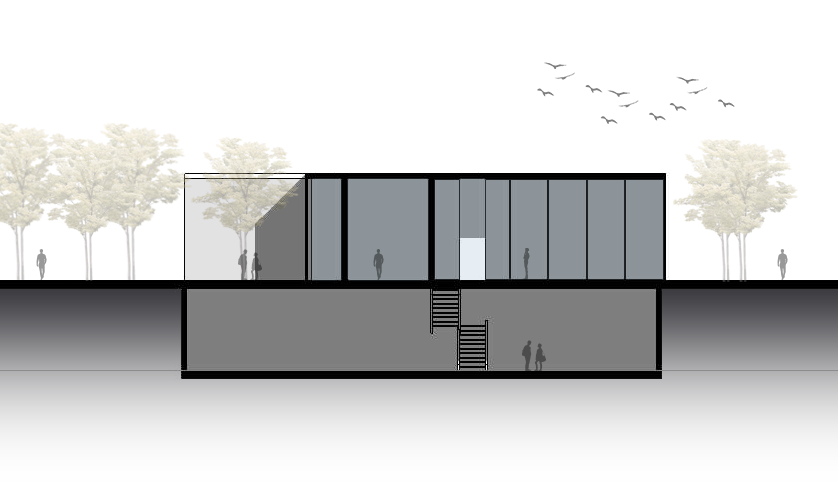 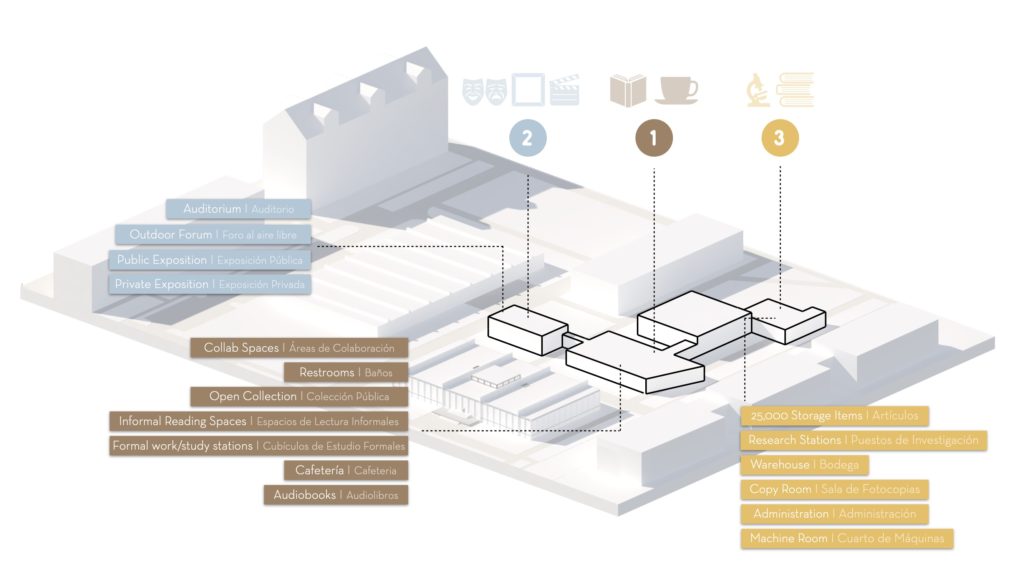 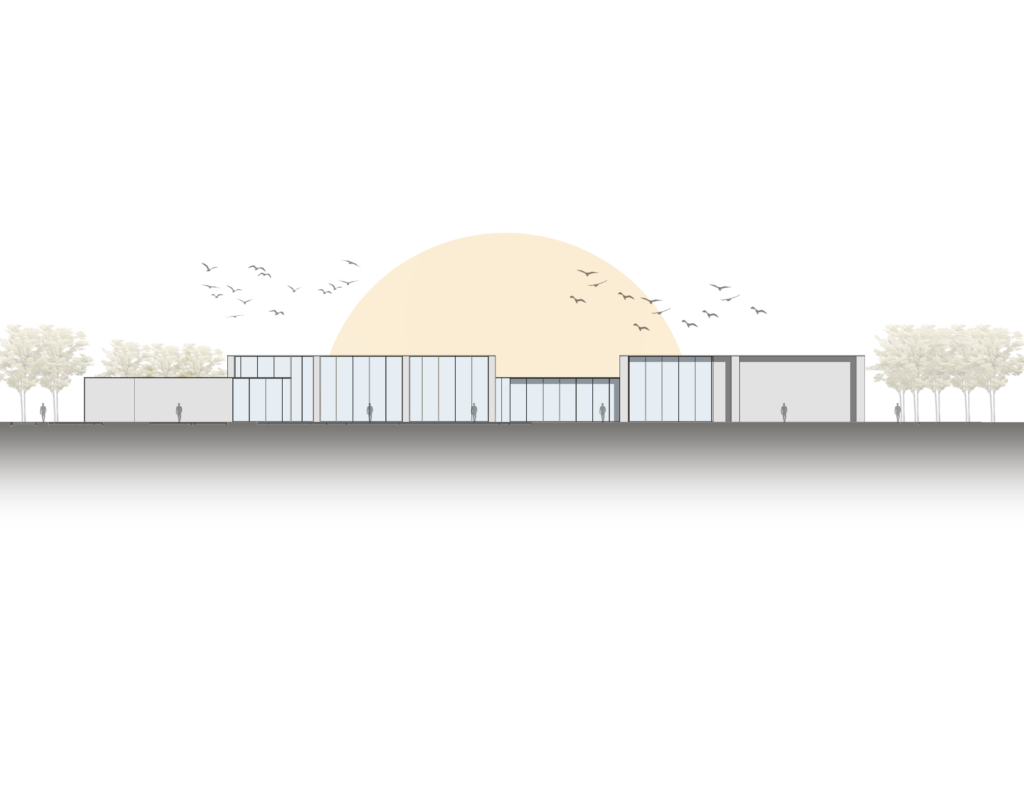 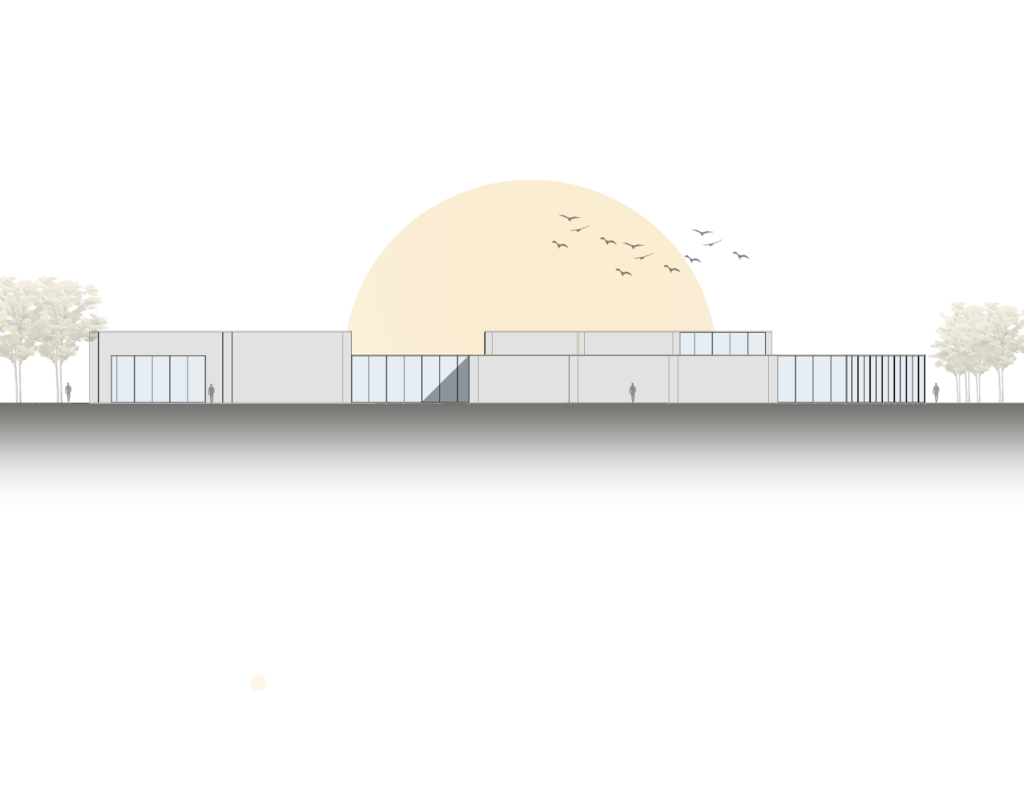 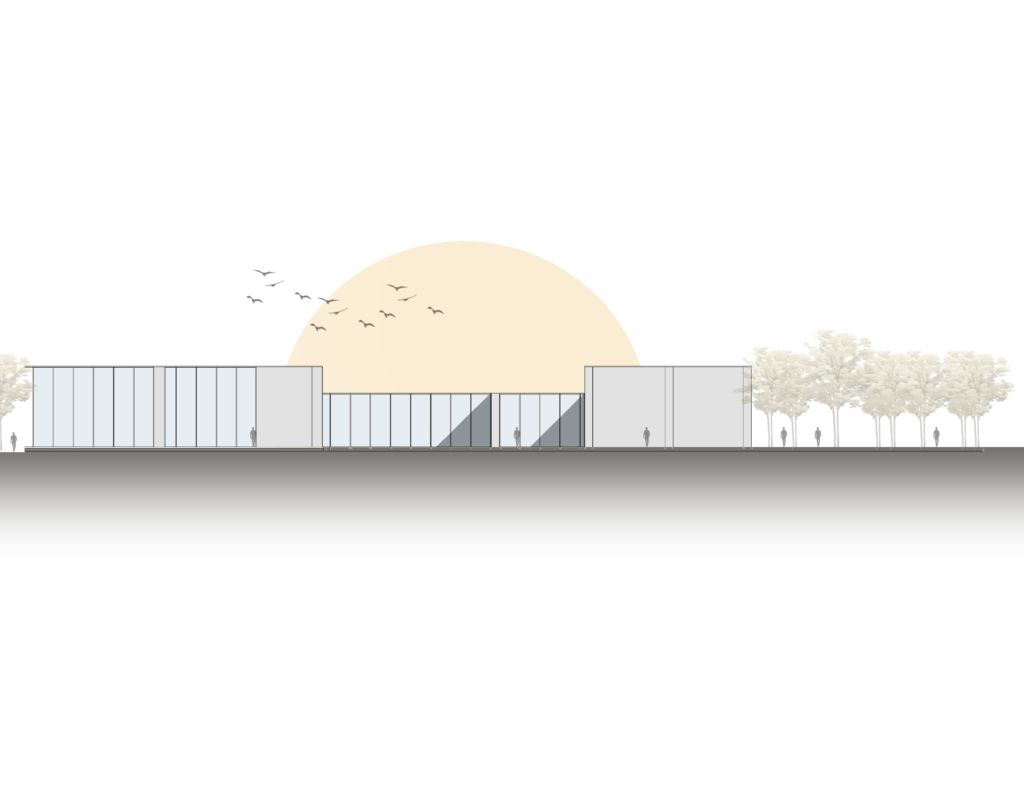 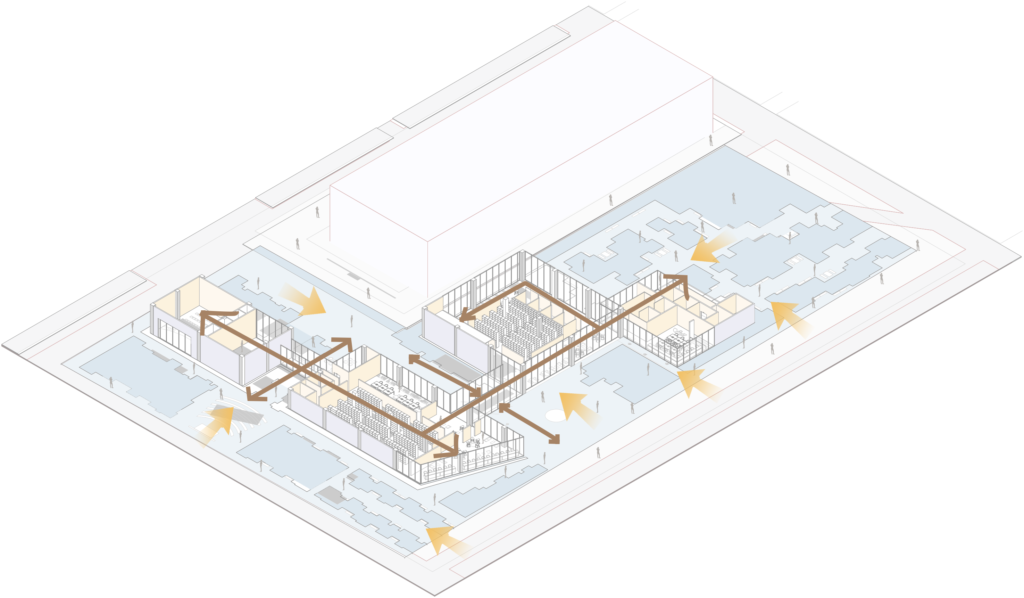 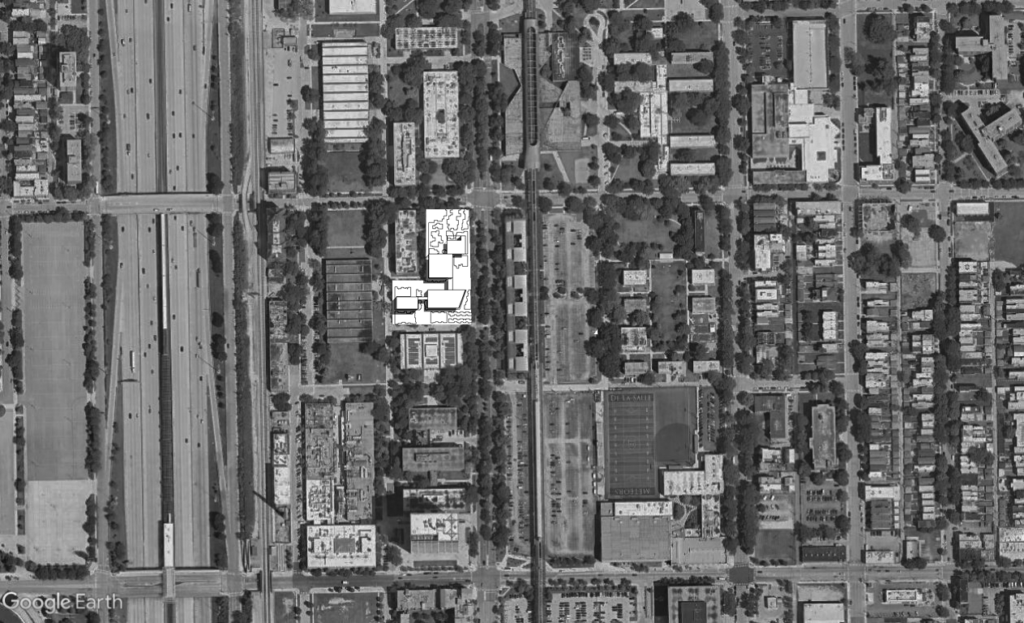 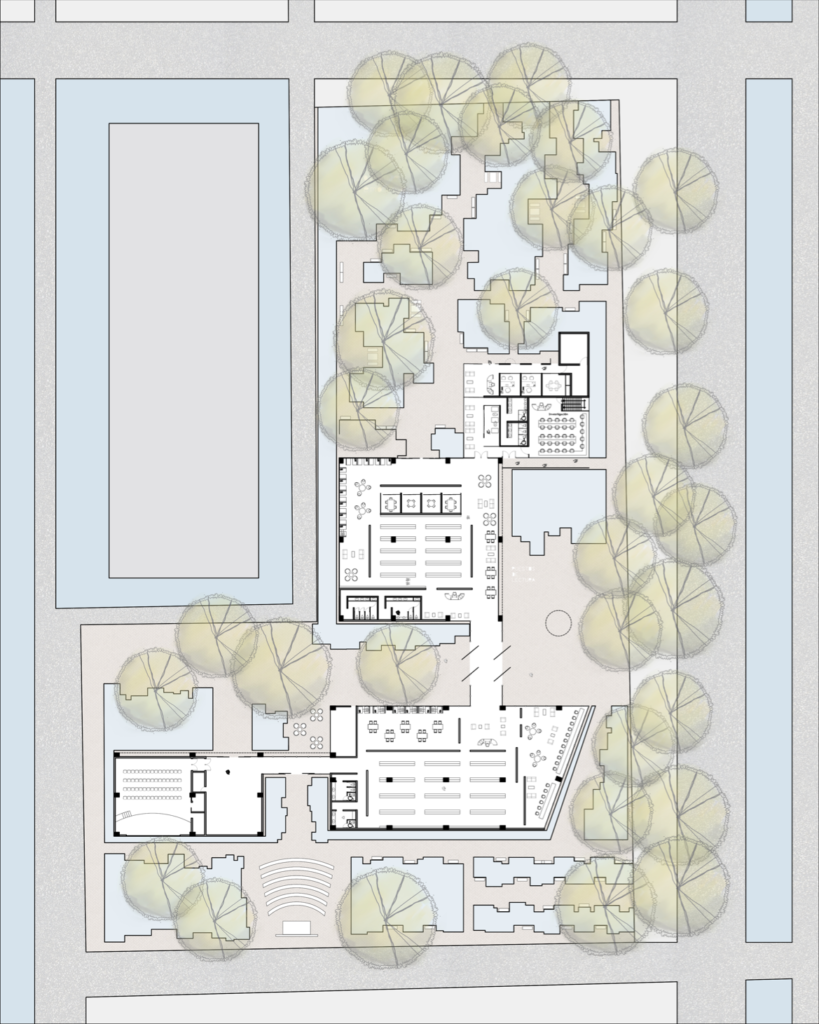