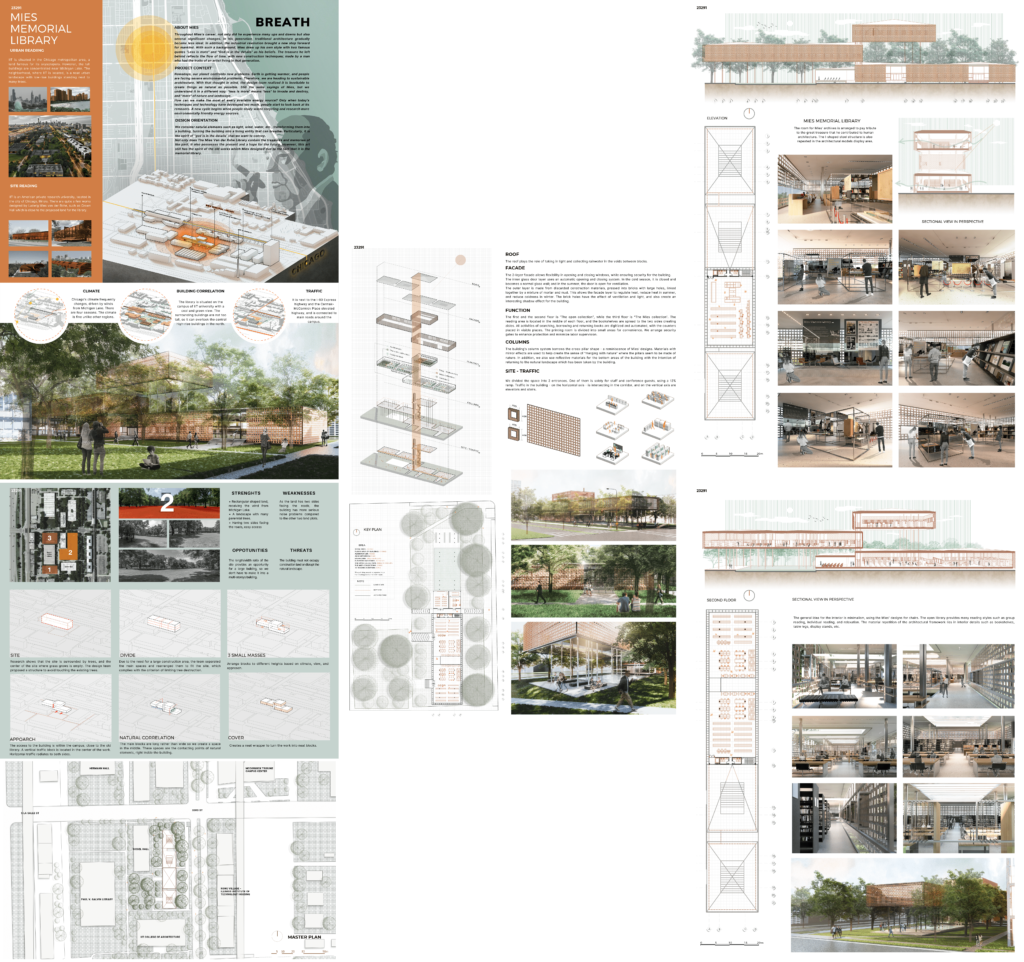 Throughout Mies’s career, not only did he experience many ups and downs but also several significant changes. In his generation, traditional architecture gradually became less ideal. In addition, the industrial revolution brought a new step forward for mankind. With such a background, Mies drew up his own style with two famous quotes “Less is more” and “God is in the details” as his beliefs. The treasure he left behind reflects the flow of time, with new construction techniques; made by a man who had the traits of an artist living in that generation.

Nowadays, our planet confronts new problems. Earth is getting warmer, and people are facing severe environmental problems. Therefore, we are heading to sustainable architecture. With that thought in mind, the design team realized it is inevitable to create things as natural as possible. Still the same sayings of Mies, but we understand it in a different way: “less is more” means “less” to invade and destroy, and “more” of nature and landscape.

How can we make the most of every available energy source? Only when today’s techniques and technology have developed too much, people start to look back at its remnants. A new cycle begins when people study waste recycling and research more environmentally friendly energy sources.

We consider natural elements such as light, wind, water, etc., transforming them into a building, turning the building into a living entity that can breathe. Particularly, it is the spirit of “god is in the details” that we want to convey.

Not only does The Mies Van der Rohe Library contain the treasures and memories of the past, it also possesses the present and a hope for the future. However, this art still has the spirit of the old works which Mies designed due to the fact that it is the memorial library.

IIT is situated in the Chicago metropolitan area, a land famous for its skyscrapers. However, the tall buildings are concentrated near Michigan Lake. The neighborhood, where IIT is located, is a neat urban landscape with low-rise buildings standing next to many trees.

IIT is situated in the Chicago metropolitan area, a land famous for its skyscrapers. However, the tall buildings are concentrated near Michigan Lake. The neighborhood, where IIT is located, is a neat urban landscape with low-rise buildings standing next to many trees.

IIT is an American private research university, located in the city of Chicago, Illinois. There are quite a few works designed by Ludwig Mies van der Rohe, such as Crown Hall which is close to the proposed land for the library.

1 Chicago’s climate frequently changes, driven by winds from Michigan Lake. There are four seasons: spring, summer, autumn, and winter. The climate is fine unlike other regions.

2 The library is situated on the campus of IIT university with a cool and green view. The surrounding buildings are not too tall, so it can overlook the central high-rise buildings in the north.

3 It is next to the I-90 Express highway and the Cermak-McCormick Place elevated highway, and is connected to main roads around the campus.

The roof plays the role of taking in light and collecting rainwater in the voids between blocks.

The 2-layer facade allows flexibility in opening and closing windows, while ensuring security for the building.

The inner glass door layer uses an automatic opening and closing system. In the cold season, it is closed and becomes a normal glass wall; and in the summer, the door is open for ventilation.

The outer layer is made from discarded construction materials, pressed into bricks with large holes, linked together by a mixture of mortar and mud. This allows the facade layer to regulate heat, reduce heat in summer, and reduce coldness in winter. The brick holes have the effect of ventilation and light, and also create an interesting shadow effect for the building.

The first and the second floor is “The open collection”, while the third floor is “The Mies collection”. The reading area is located in the middle of each floor, and the bookshelves are spread to the two sides creating aisles. All activities of searching, borrowing and returning books are digitized and automated, with the counters placed in visible places. The printing room is divided into small areas for convenience. We arrange security gates to enhance protection and minimize labor supervision.

The building’s column system borrows the cross-pillar shape – a reminiscence of Mies’ designs. Materials with mirror effects are used to help create the sense of “merging with nature” where the pillars seem to be made of nature. In addition, we also use reflective materials for the bottom areas of the building with the intention of returning to the natural landscape which has been taken by the building.

We divided the space into 2 entrances. One of them is solely for staff and conference guests, using a 12% ramp. Traffic in the building – on the horizontal axis – is intersecting in the corridor, and on the vertical axis are elevators and stairs.

The general idea for the interior is minimalism, using the Mies’ designs for chairs. The open library provides many reading styles such as group reading, individual reading, and relaxation. The material repetition of the architectural framework lies in interior details such as bookshelves, table legs, display stands, etc.

The room for Mies’ archives is arranged to pay tribute to the great treasure that he contributed to human architecture. The I-shaped steel structure is also repeated in the architectural models display area. 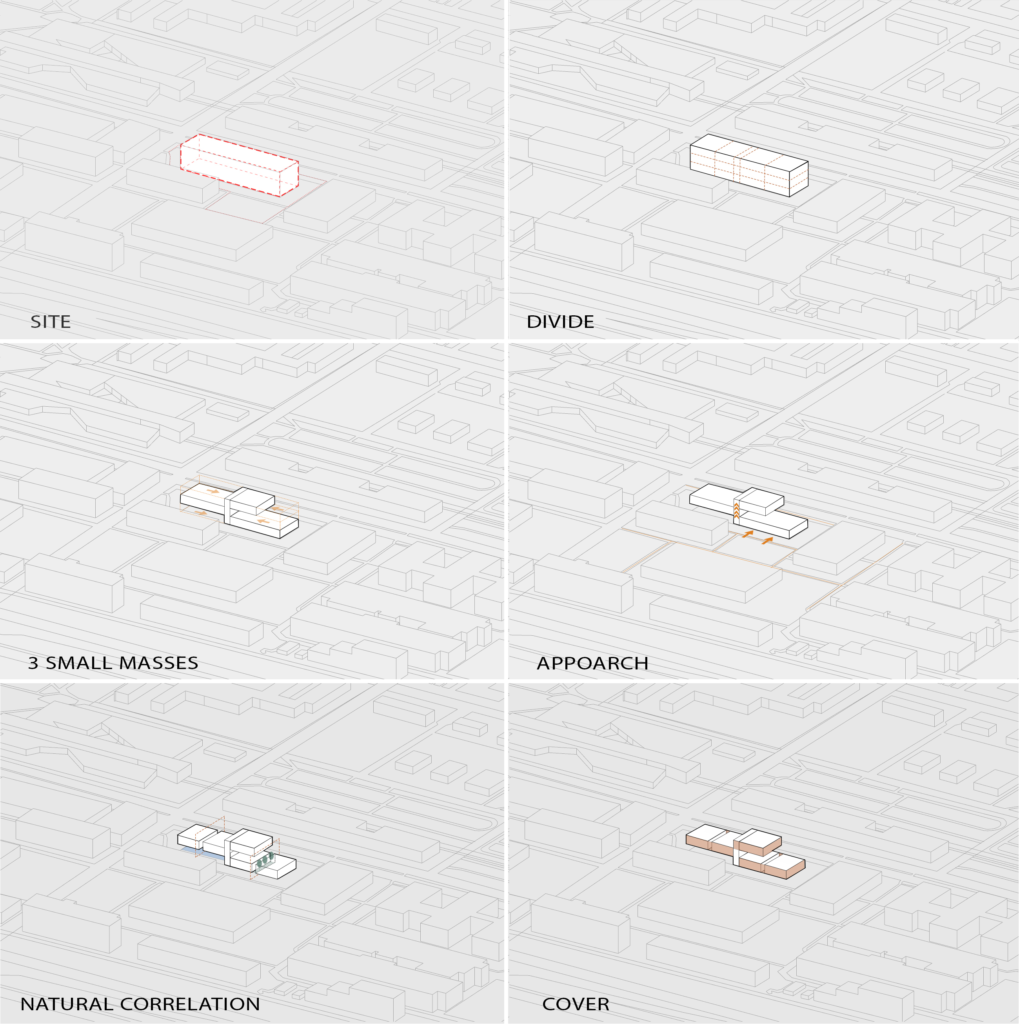 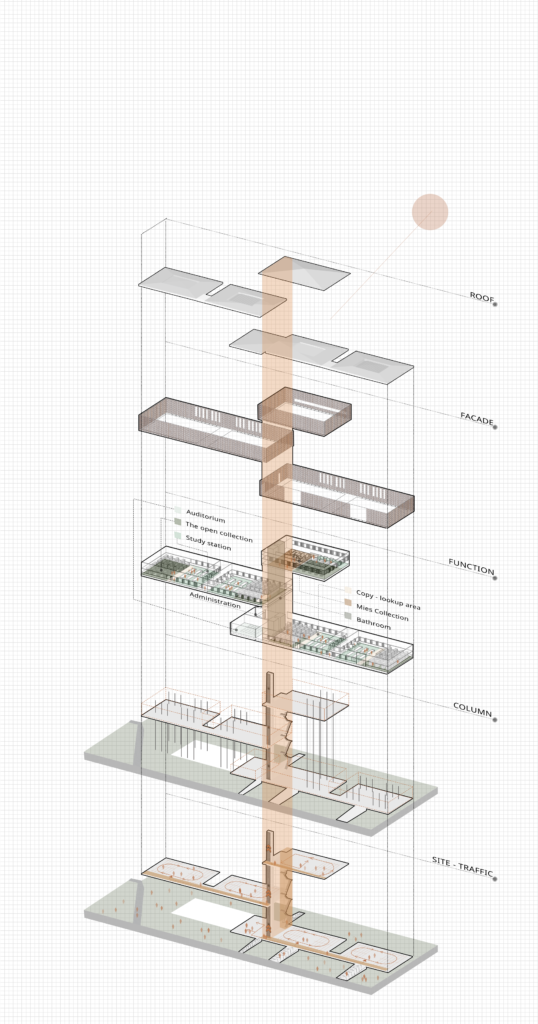 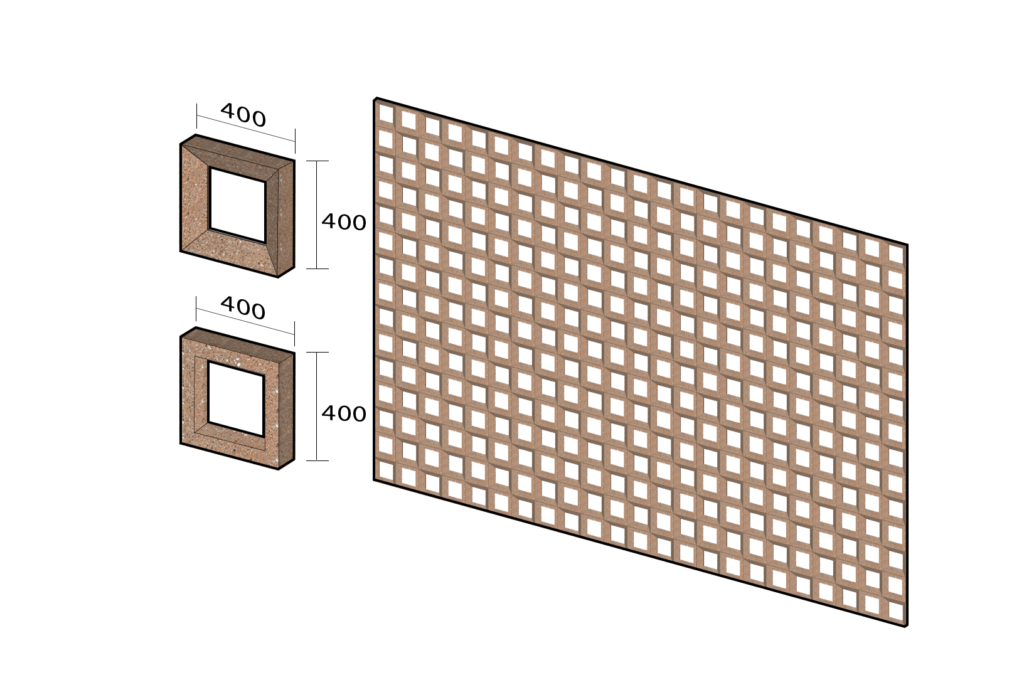 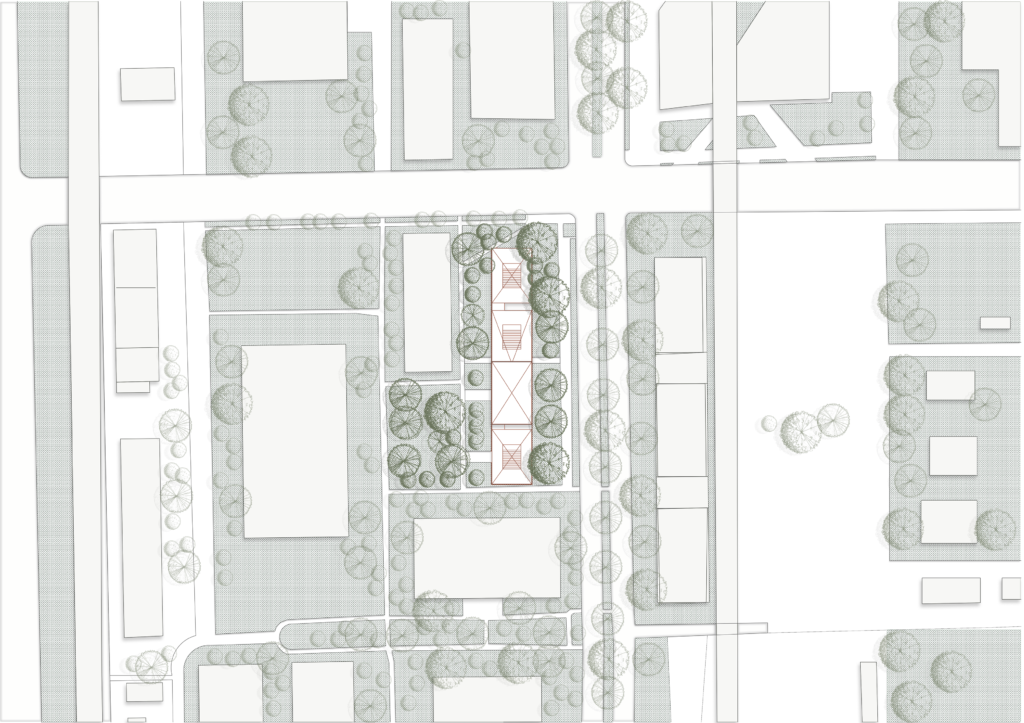 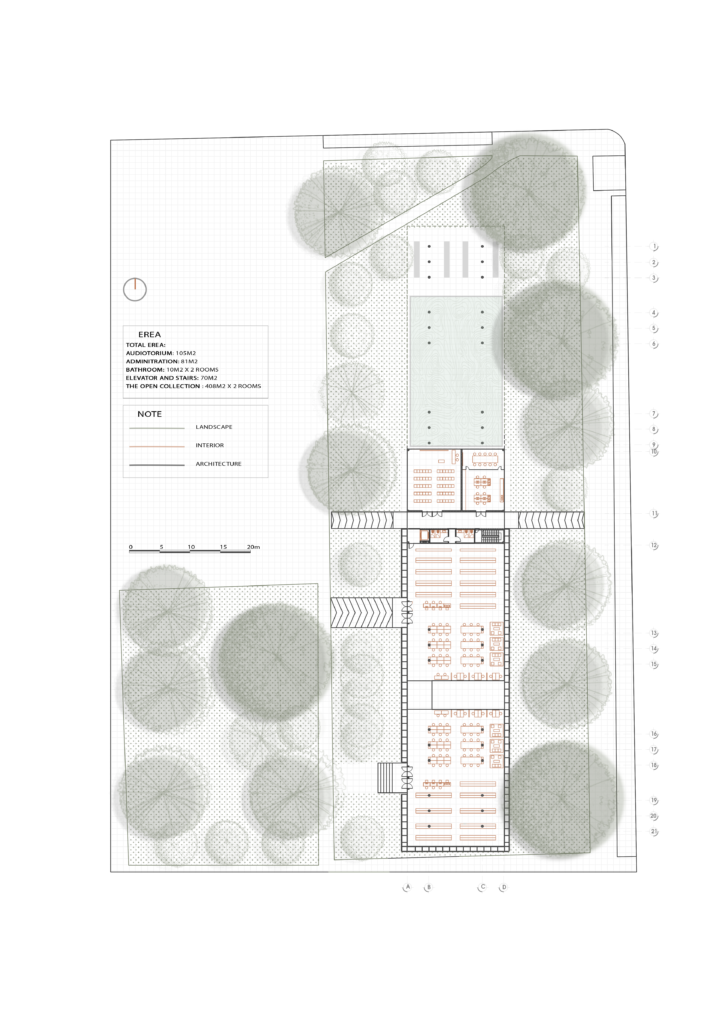 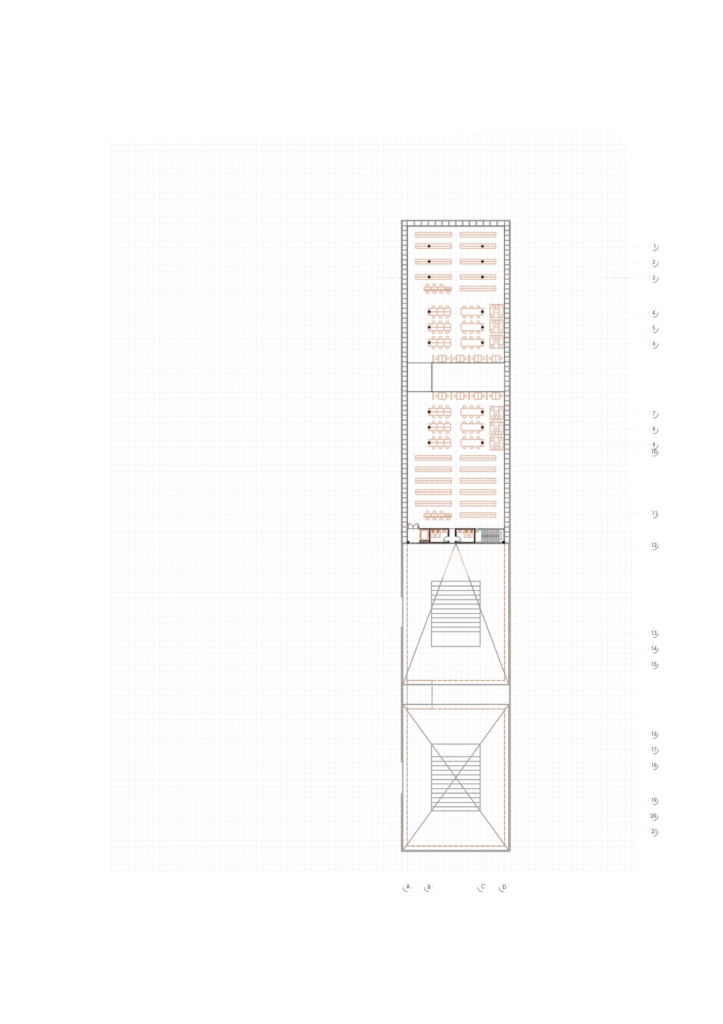 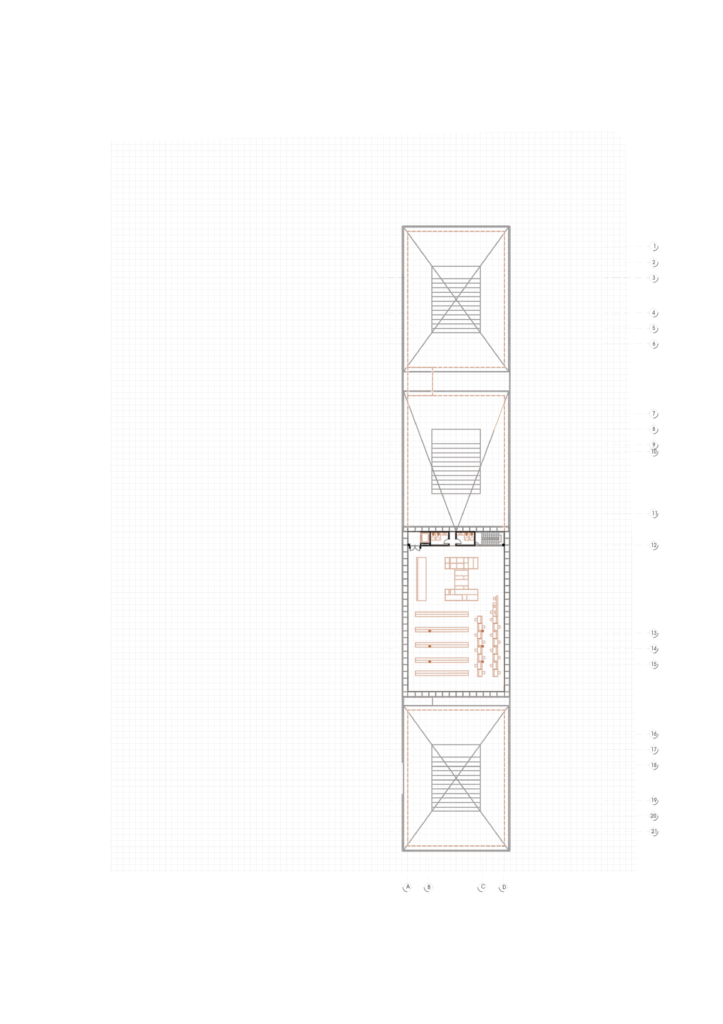 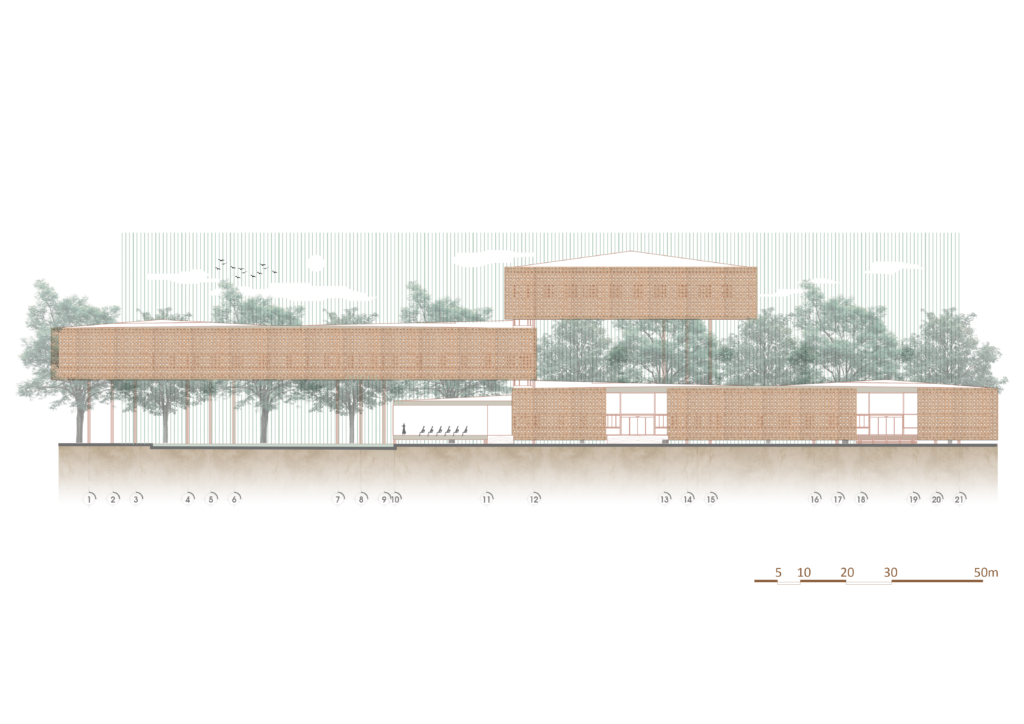 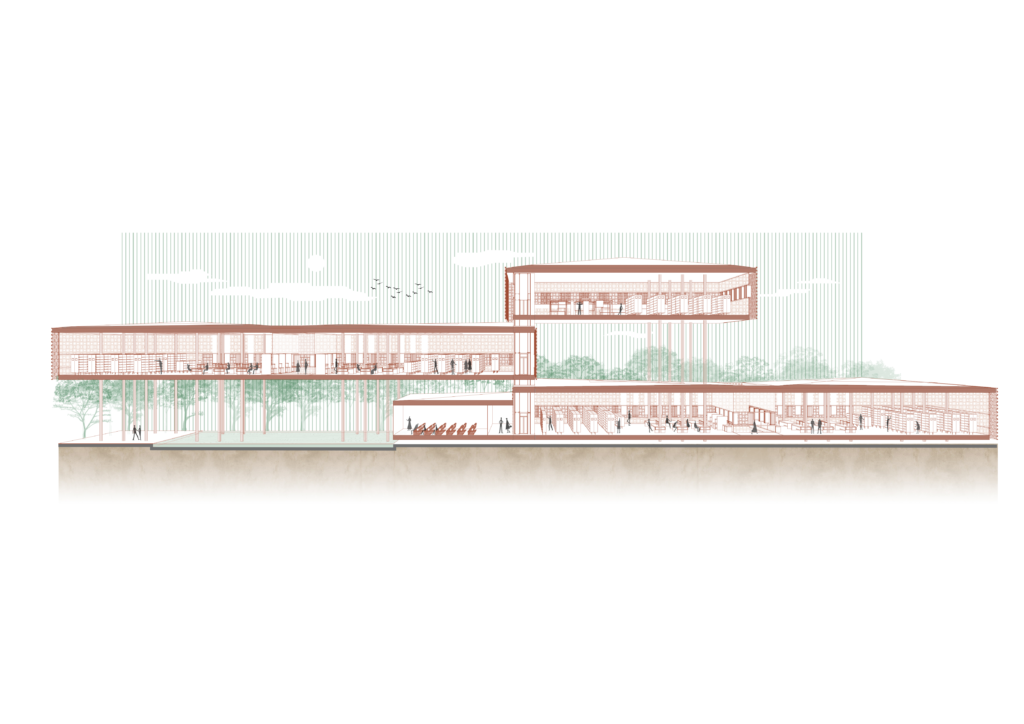 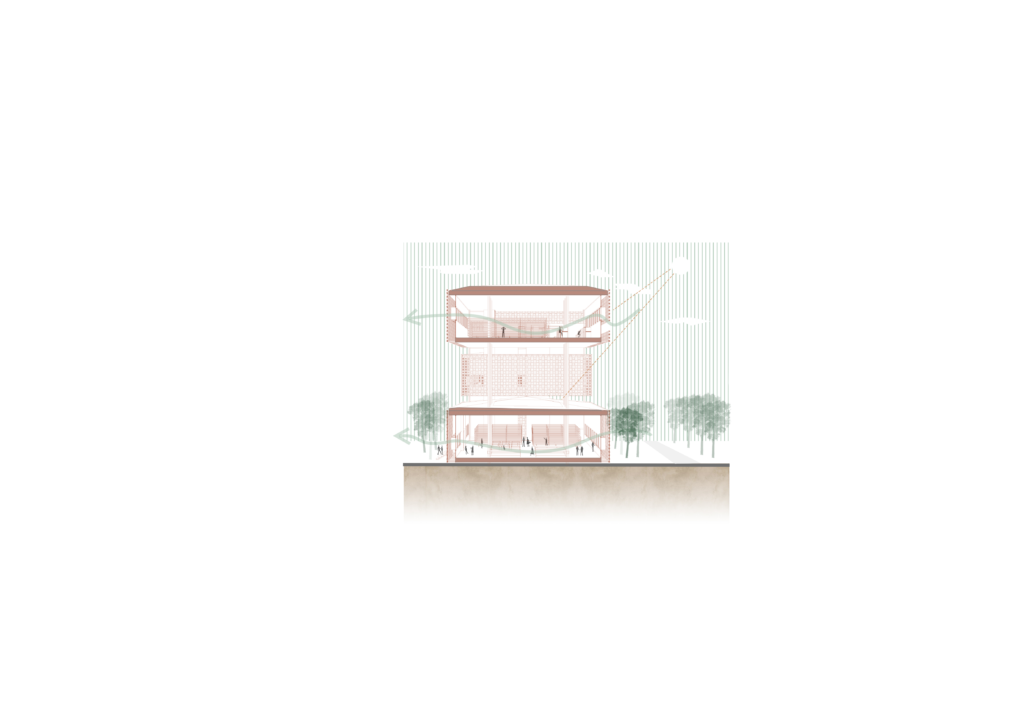 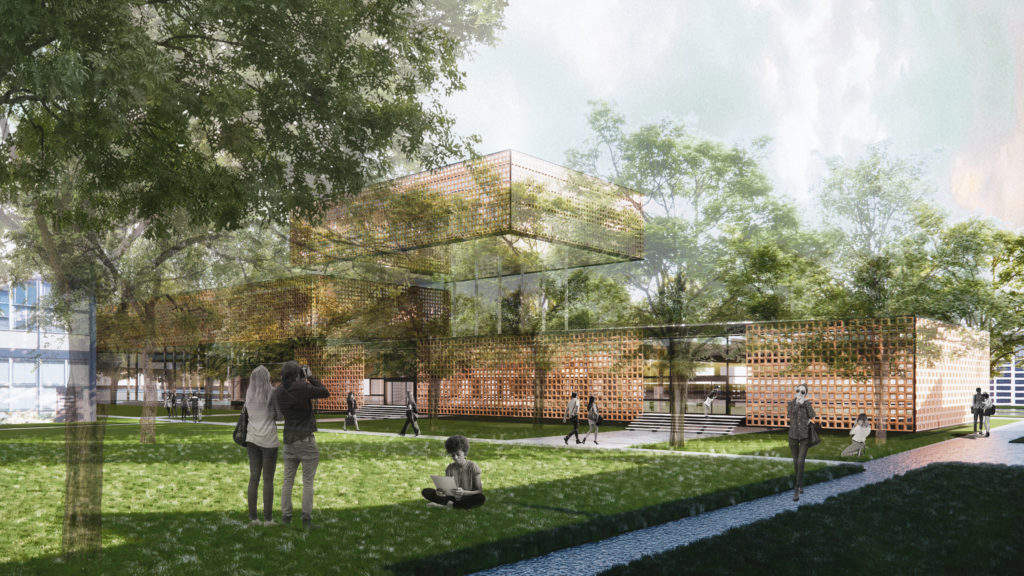 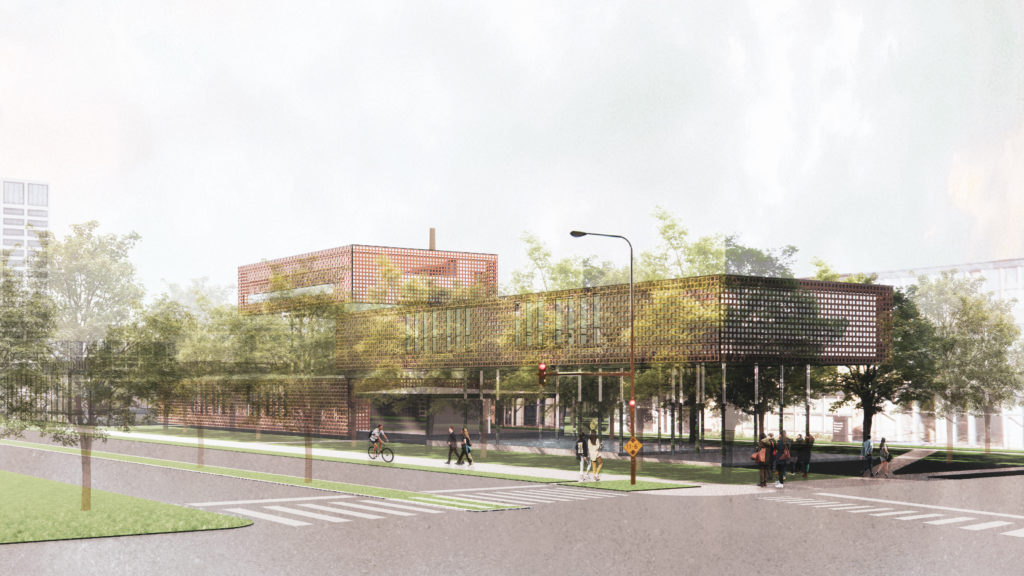 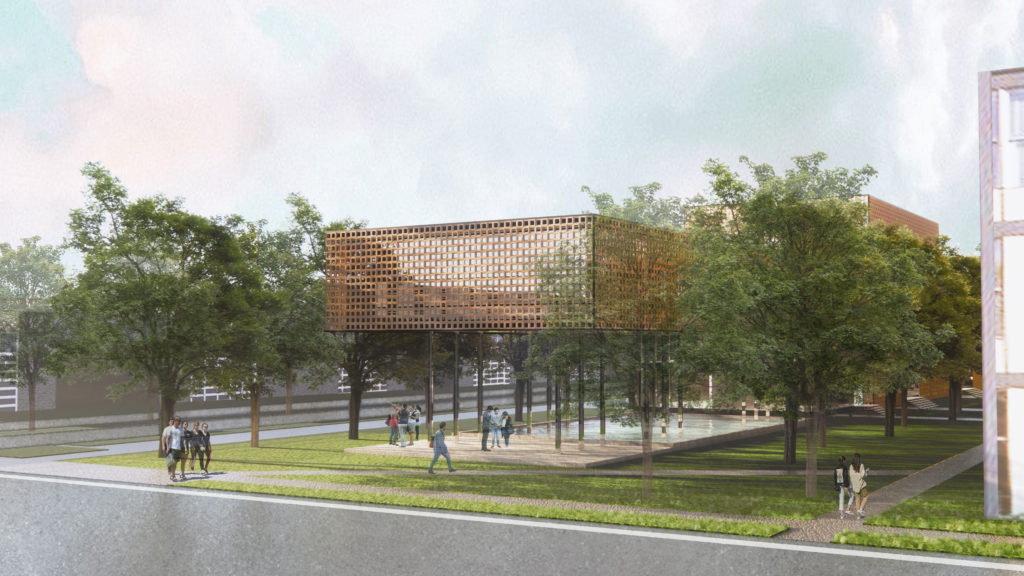 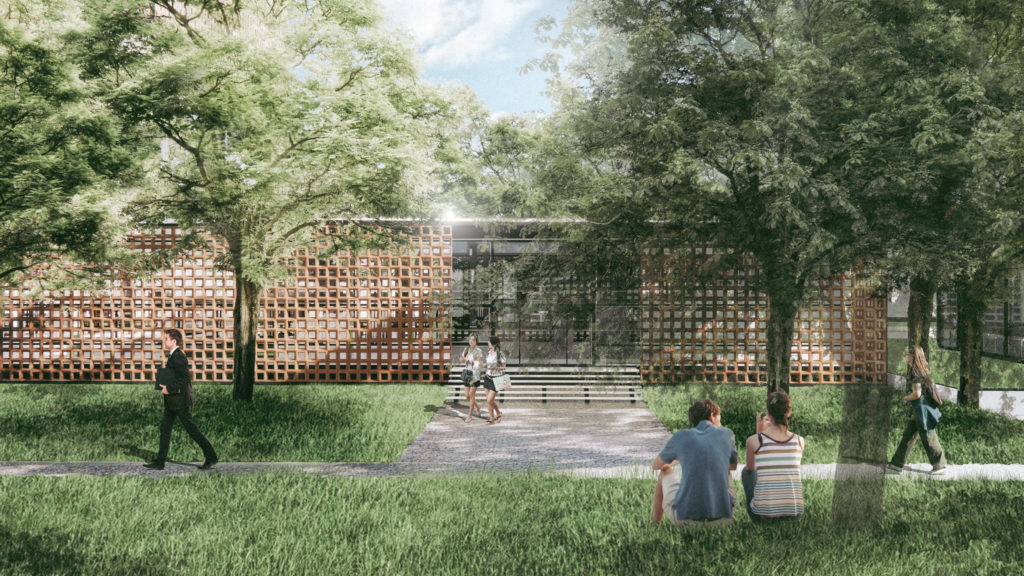 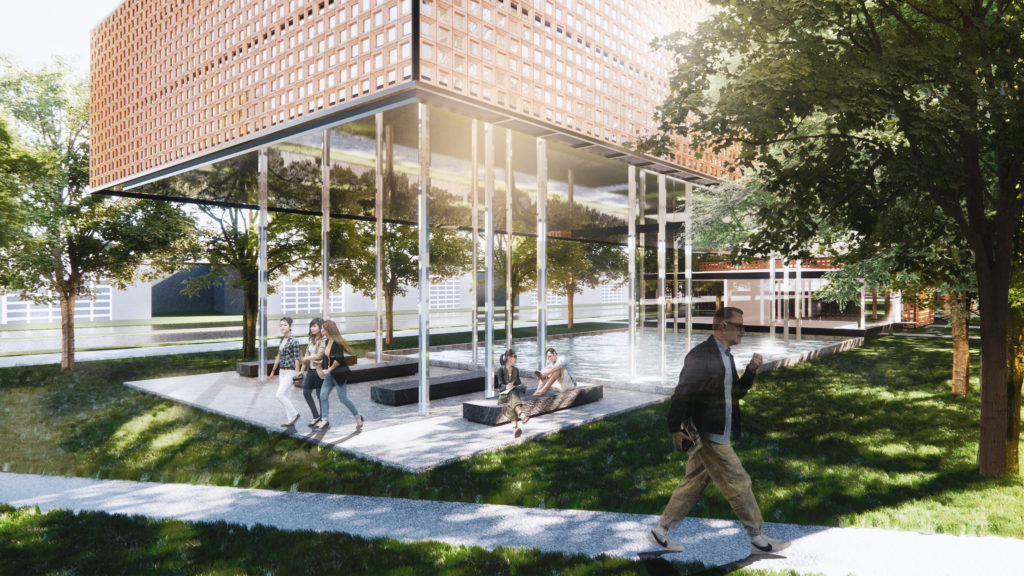 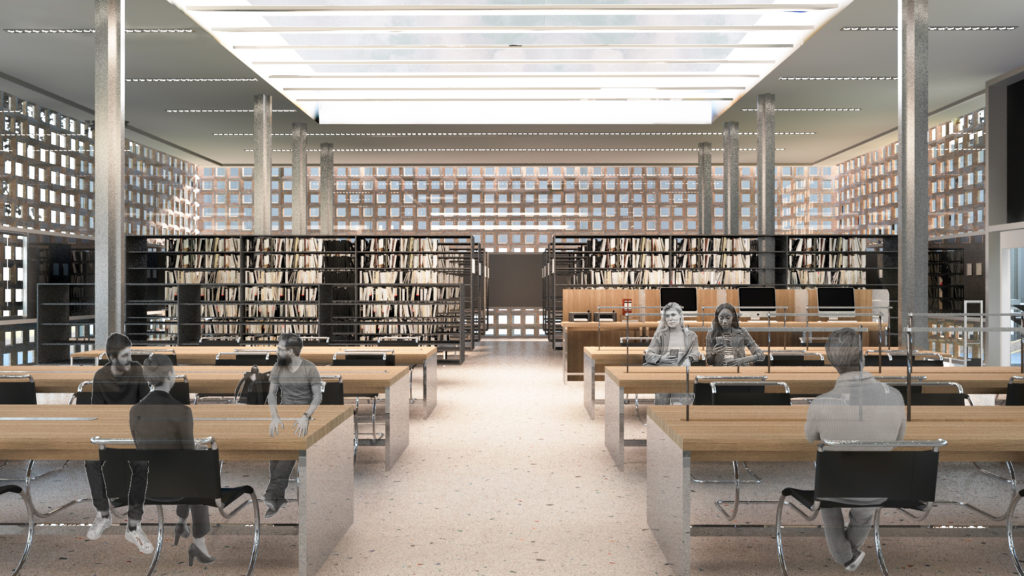 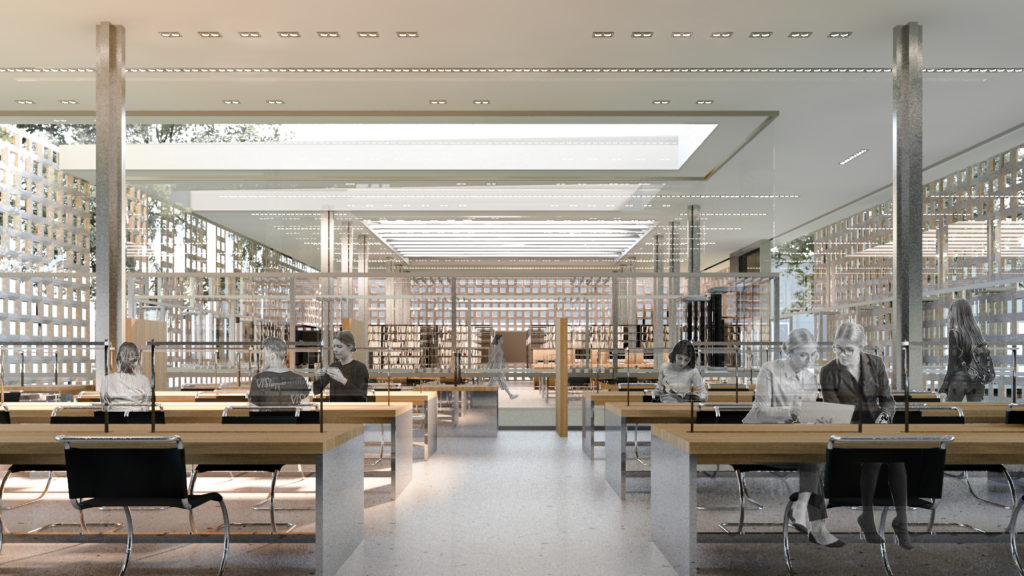 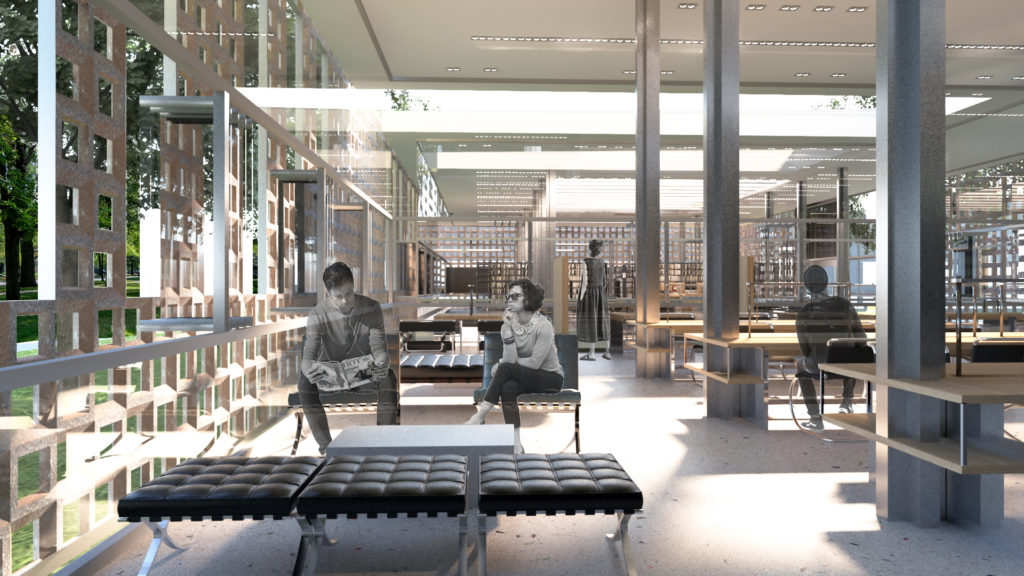 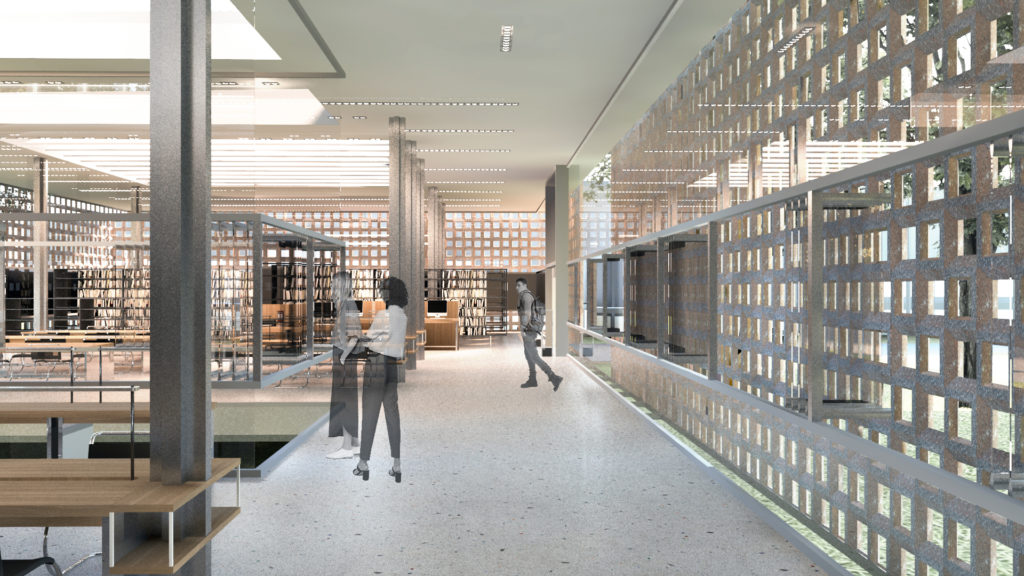 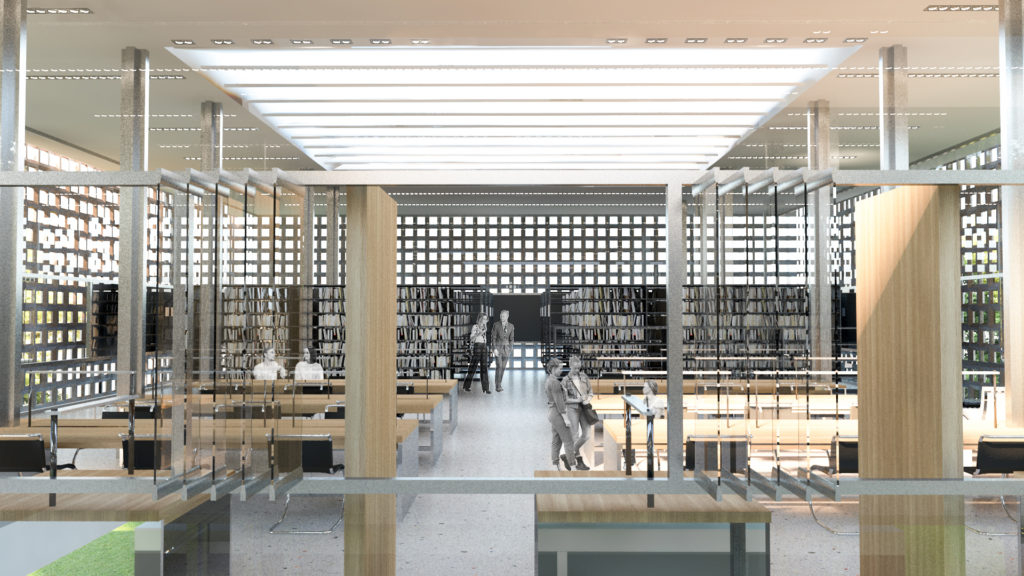 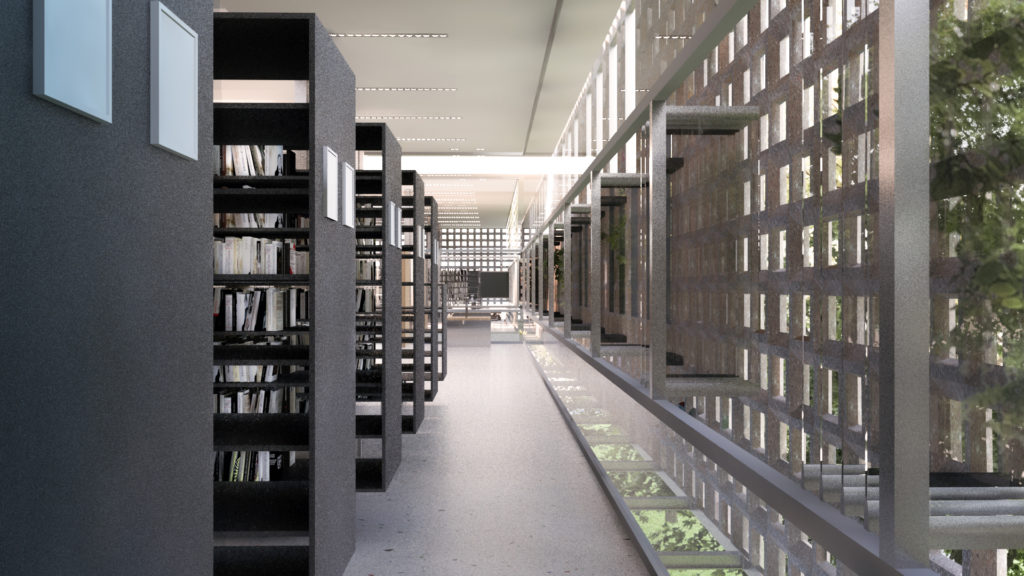 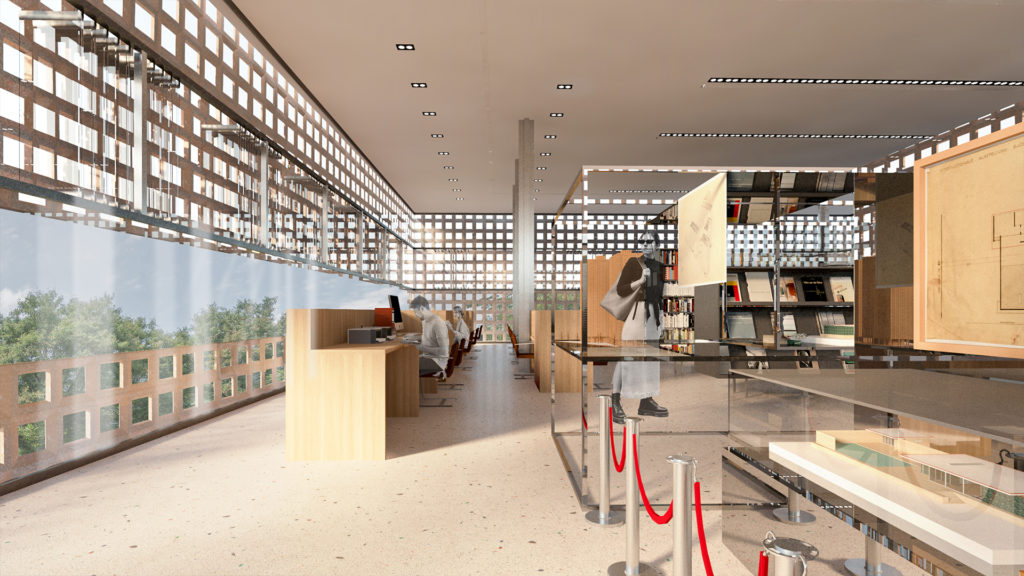 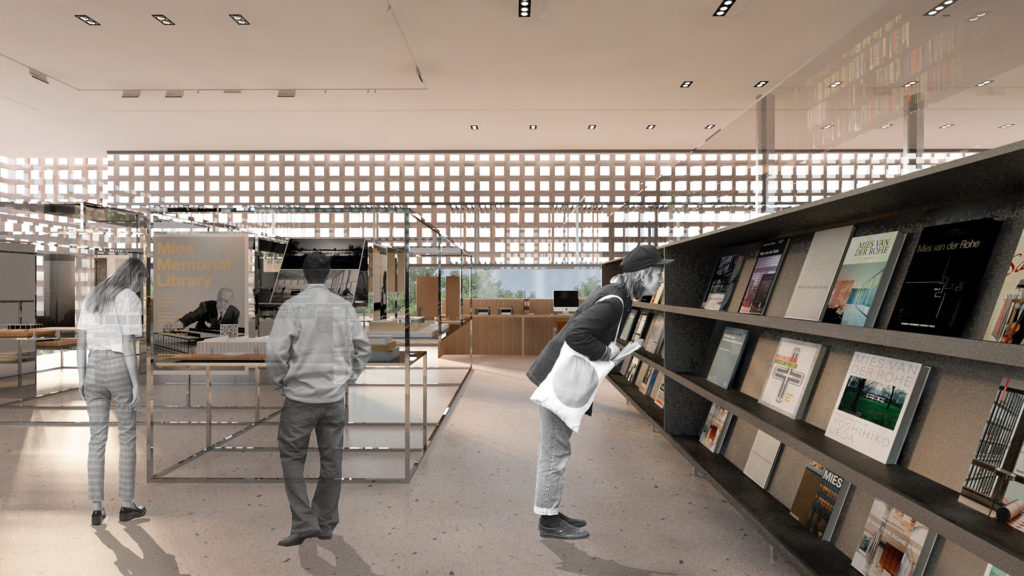 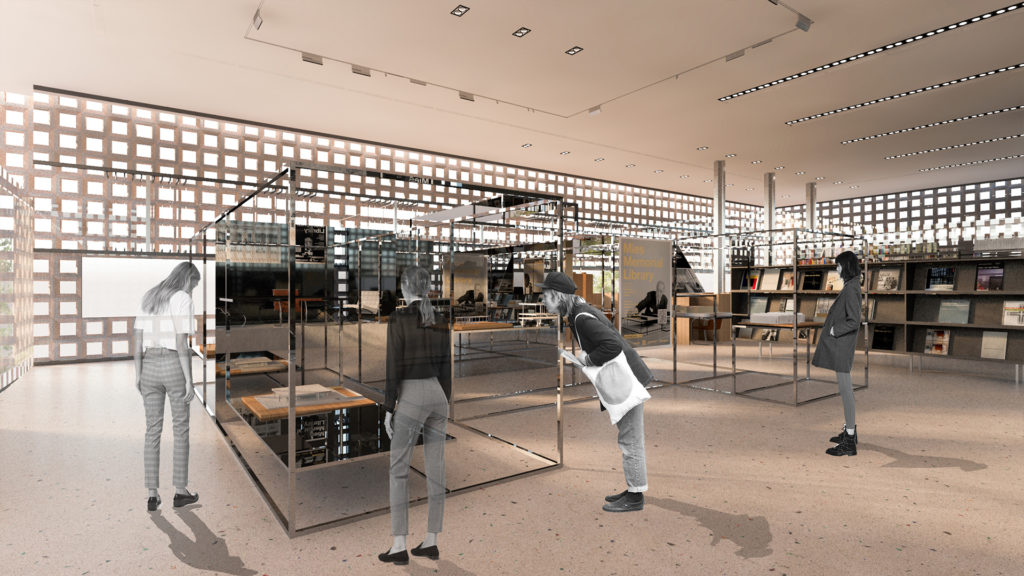 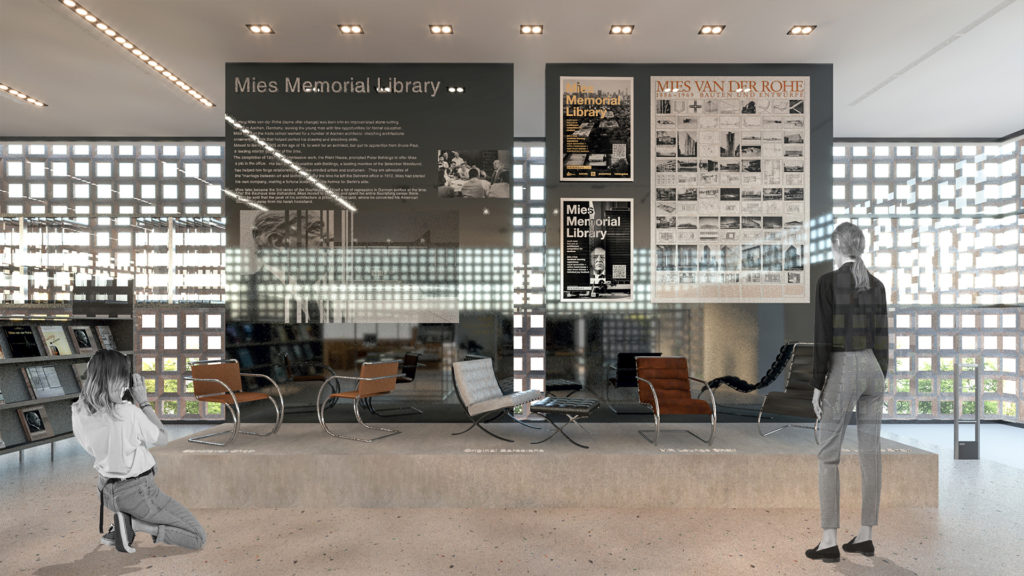 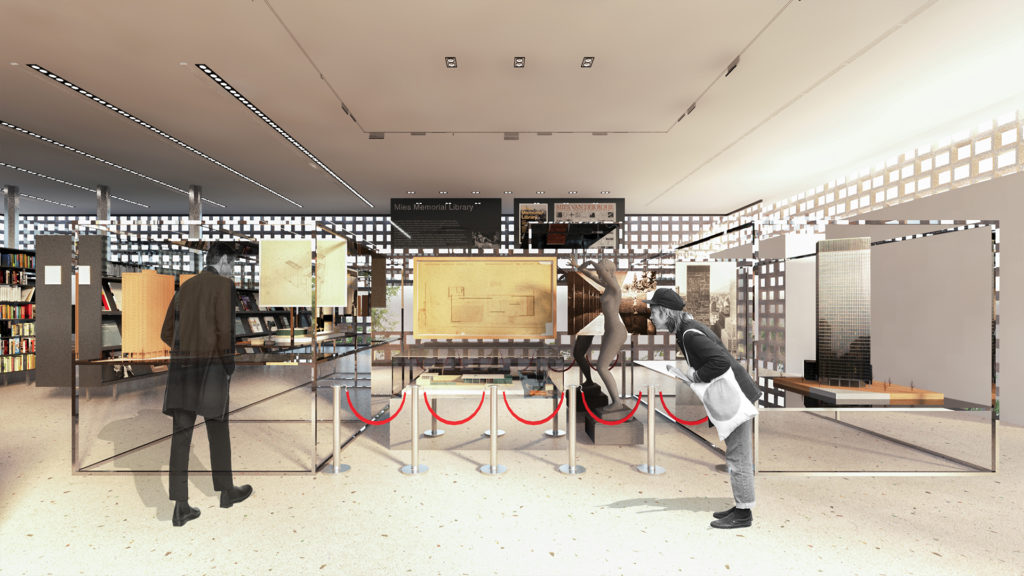 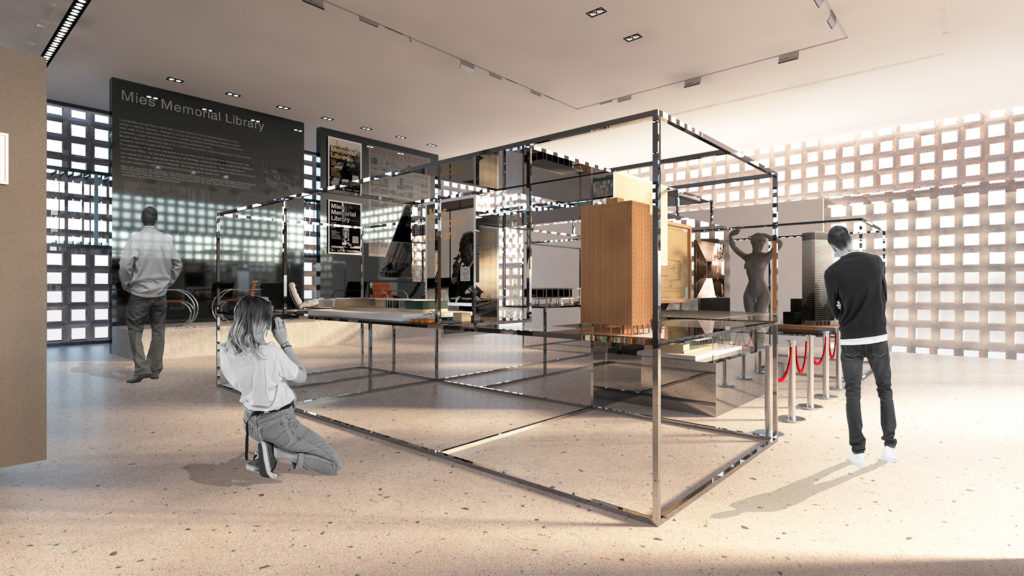 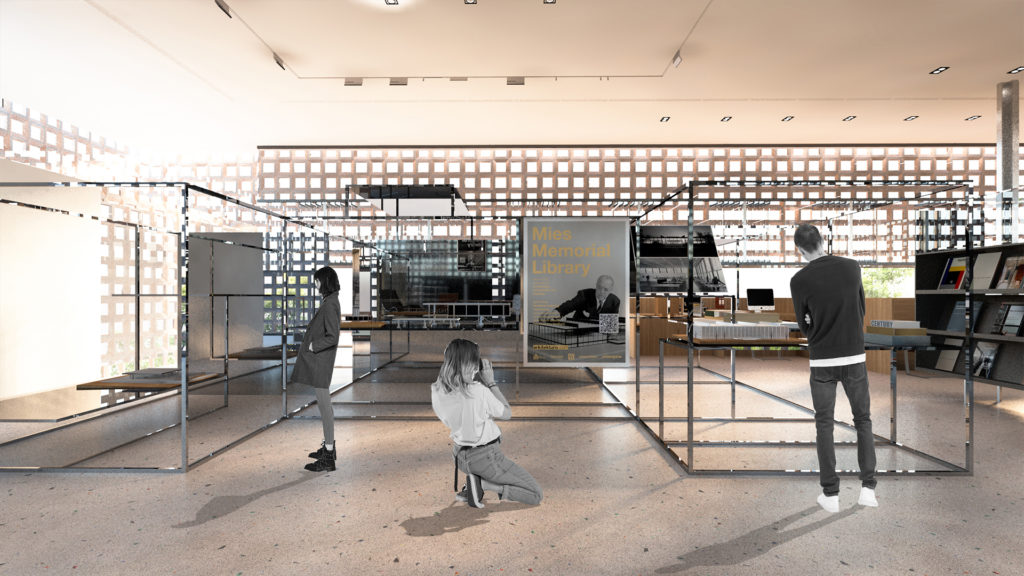