The New Bauhaus Campus by SVF921

This project was selected as a Finalist by the jury of the Bauhaus Campus 2021 competition. Registration ID #6962

Located in the city of Dessau, The New Bauhaus Campus aims to enhance the flows of the area by creating a dynamic and transformable architecture which responds to nowadays non-perdurable constructions, adapting itself to host the various multidisciplinary events the program requires.

The new tendencies in matters of education and social encounters lead to the project’s main concept, which develops around the idea of a spacious transformable platform, implanted on a modulated grid in the middle of the terrain. This main area is surrounded by a set of 2-level buildings that house the program and are displayed according to their privacy and relationship towards the public space.

Transformable architecture. Regarding contemporary logics, these buildings are structured by open plan spaces that can be easily connected or separated with inner folding panels, sliding glass walls or mobile furniture. This allows hosting the suggested program or any other new activity, projecting and converging the inner space into this huge exterior area, where the limits between inside and outside are constantly changing. These strategies result in a flexible functioning and spatiality, highlighting the public character of the campus by an open access for even those external users, offering the possibility of a continuous cultural exchange.

Users. This is not a traditional college campus with permanent users, but a place where lots of people from around the world converge temporarily, so different events are held in order to boost their experience.

Therefore, the use of flexible systems provides an environment capable of continuous adaptation to uncertain, new and emerging requirements of society connected to the constantly changing dynamics of educational tasks, as well as giving an integrated response to new circumstances, connections, capacities or even weather conditions.

The dynamic system. This mechanical system consists of a series of sliding ceilings and glass walls (mobile structures) which move through rails alongside the steel structure, alleging Bauhaus’s interest in latest industrial technologies. Based on the use of a built-in movement mechanism, this main big space changes depending on the activity that is being held, resulting in a modification of the building’s volumetry and facades while keeping a figurative individuality and uniqueness. On the whole, a pure volumetry is perceived through its ethereal materiality allowing visitors to sense what is happening in the interior evidencing its dynamism and versatility.

Implantation. On Bitterfelder Str., the building attempts to reconstruct the urban facade, not only obeying the height but also giving continuity to the limit of the surrounding constructions. This contrasts with the facade facing Elisabeth Str. which seeks to retreat back in order to contemplate the monumental new scenery. Besides, on the remaining edge, a pedestrian street alongside the train tracks works as a buffer to the building at the same time it provides citizens with a revalued point of view of the renovated urban landscape.

Materials. Although the campus internal dynamisms refers to a more complex architecture, the overall volumetry is nothing more than a regular form with a sophisticated and austere design, reflecting bauhaus principle of “less is more”.  In addition, from an outer perspective these pure volumes, showcase a simplistic and raw use of materials on some specific features such as the glazzed curtain wall, the steel structure and concrete surfaces. 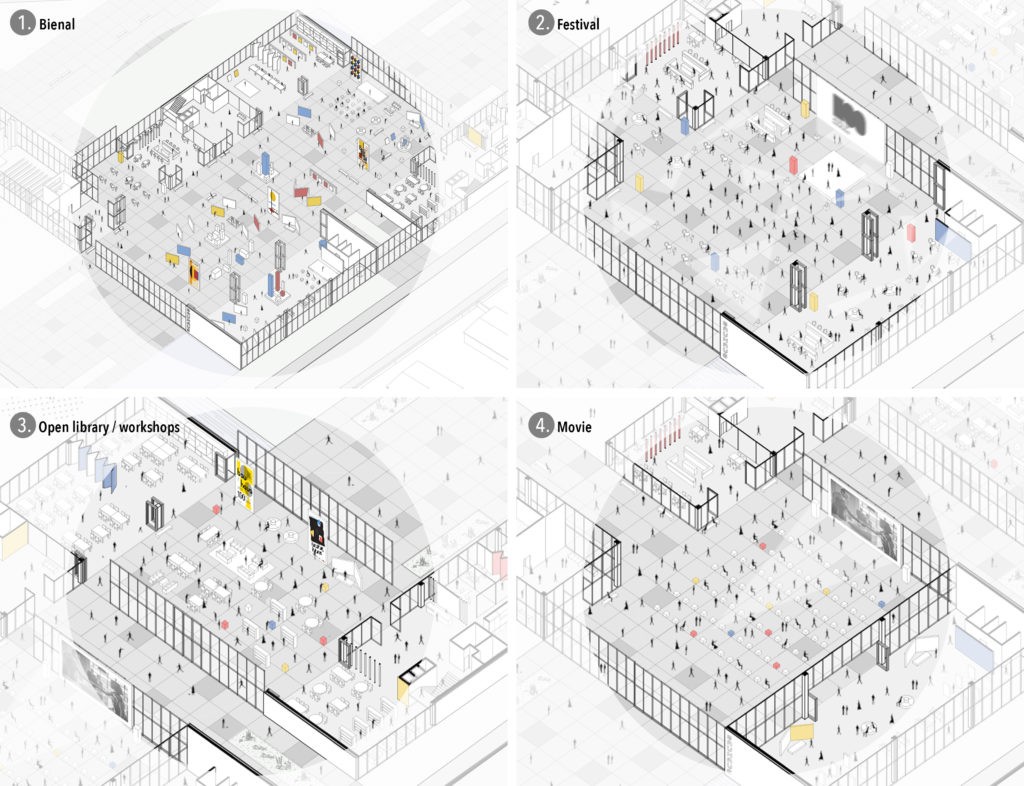 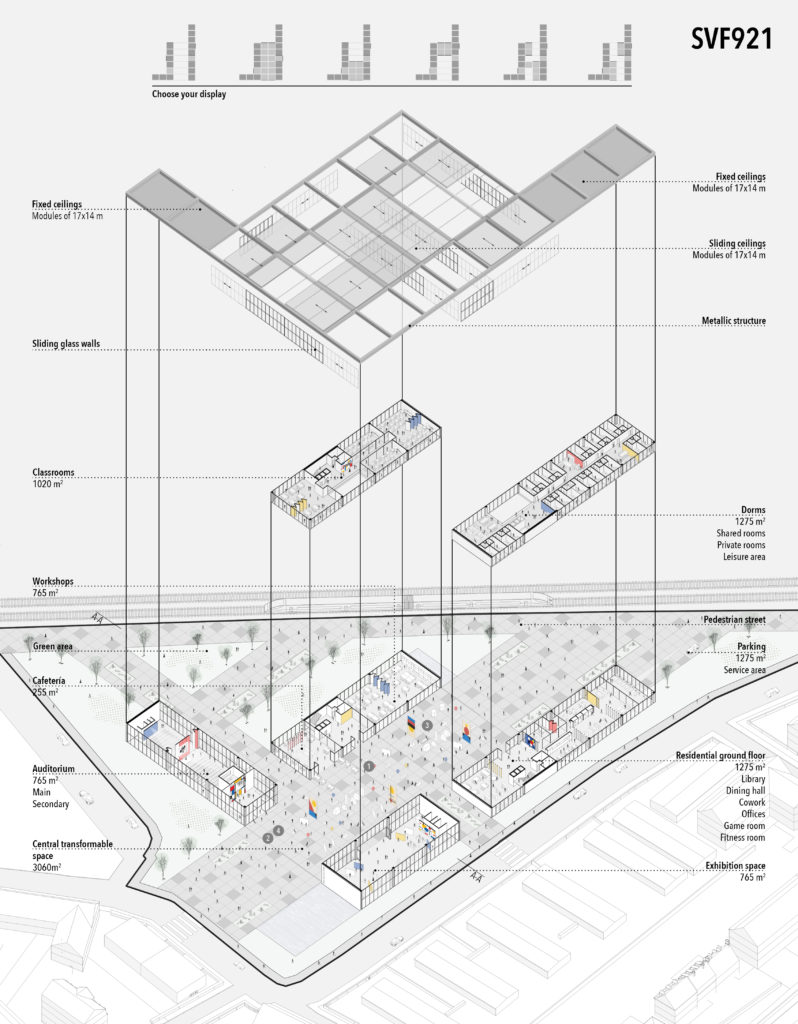