This project was selected as a Finalist by the jury of the Bauhaus Campus 2021 competition. Registration ID #5445 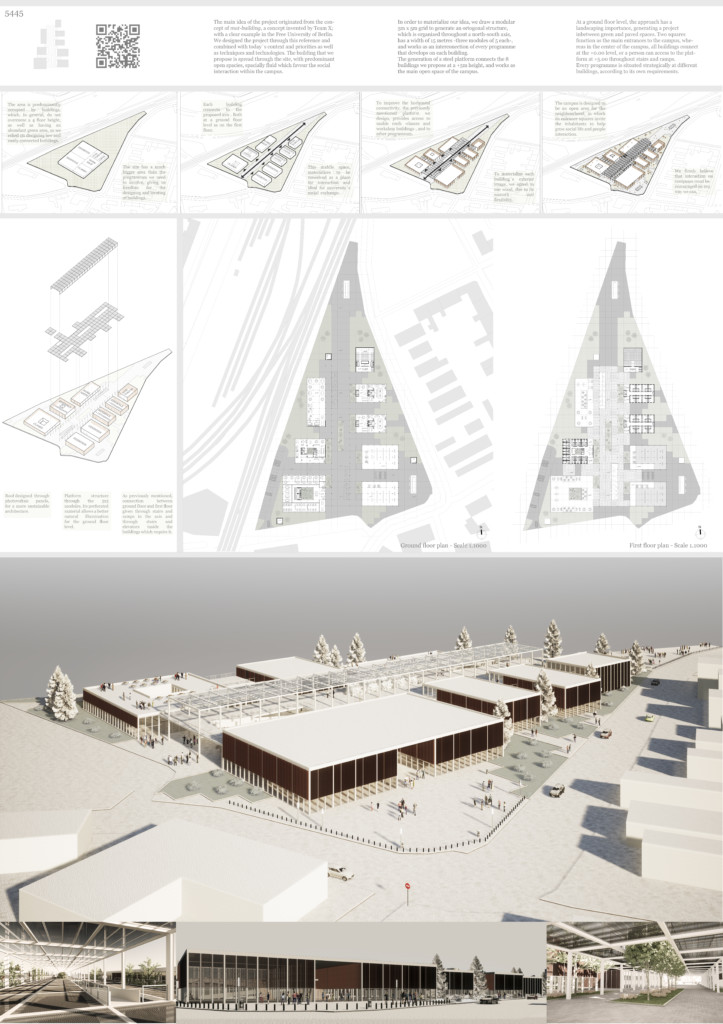 The main idea of the project originated from the concept of mat-building, a concept invented by Team X; with a clear example in the Free University of Berlin -Freie Universitat Berlin-. We designed the project through this reference and combined with today’s context and priorities as well as techniques and technologies. The building that we propose is spread through the site, with predominant open spaces, spatially fluid which favour the social interaction within the campus.

In order to materialize our idea, we draw a modular 5m x 5m grid to generate an orthogonal structure, which is organized throughout a north-south axis, has a width of 15 metres -three modules of 5 each-, and works as an interconnection of every programme that develops on each building.

The generation of a steel platform connects the 8 buildings we propose at a +5m height, and works as the main open space of the campus.

At a ground floor level, the approach has a more landscape approach, generating a project in between green and paved spaces. Two squares function as the main entrances to the campus, whereas in the center of the campus, all buildings connect at the +0.00 level, or a person can access the platform at +5.00 throughout stairs and ramps.

Every programme is situated strategically at different buildings, according to its own requirements.

The area is predominantly occupied by buildings, which, in general, do not overcome a 4 floor height, as well as having an abundant green area, so we relied on designing low and easily connected buildings.

The site has a much bigger area than the programmes we need to involve, giving us freedom for the designing and locating of buildings.

Each building connects to the proposed axis . Both at a ground floor level as on the first floor.

This middle space materializes to be conceived as a place for interaction and ideal for university´s social  exchange.

To improve the horizontal connectivity, the previously mentioned platform we design, provides access to usable roofs -classes and workshop buildings-, and to other programmes.

To materialize each building´s exterior image, we opted to use wood, due to its warmth and flexibility.

The campus is designed to be an open area for the neighbourhood, in which its entree squares invite the inhabitants to help grow social life and people interaction.

We firmly believe that interaction on campuses must be encouraged in any way we can.

Roof designed  through photovoltaic panels, for a more sustainable architecture. 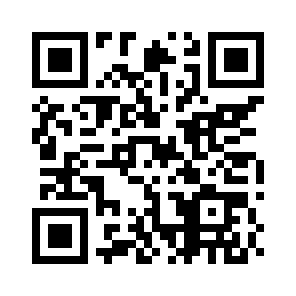 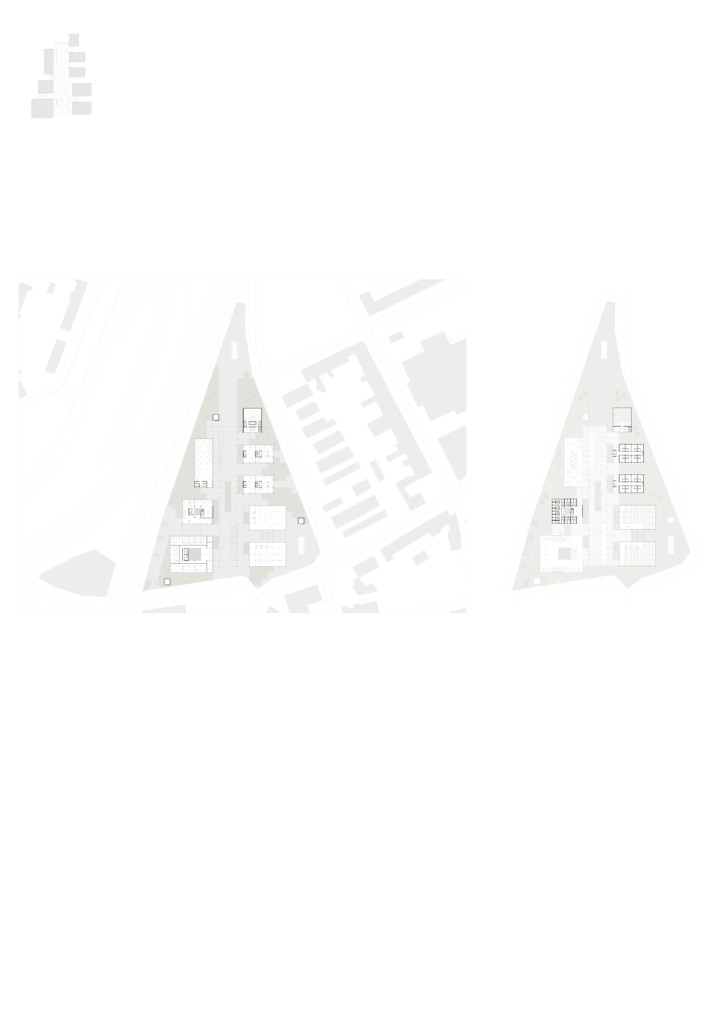 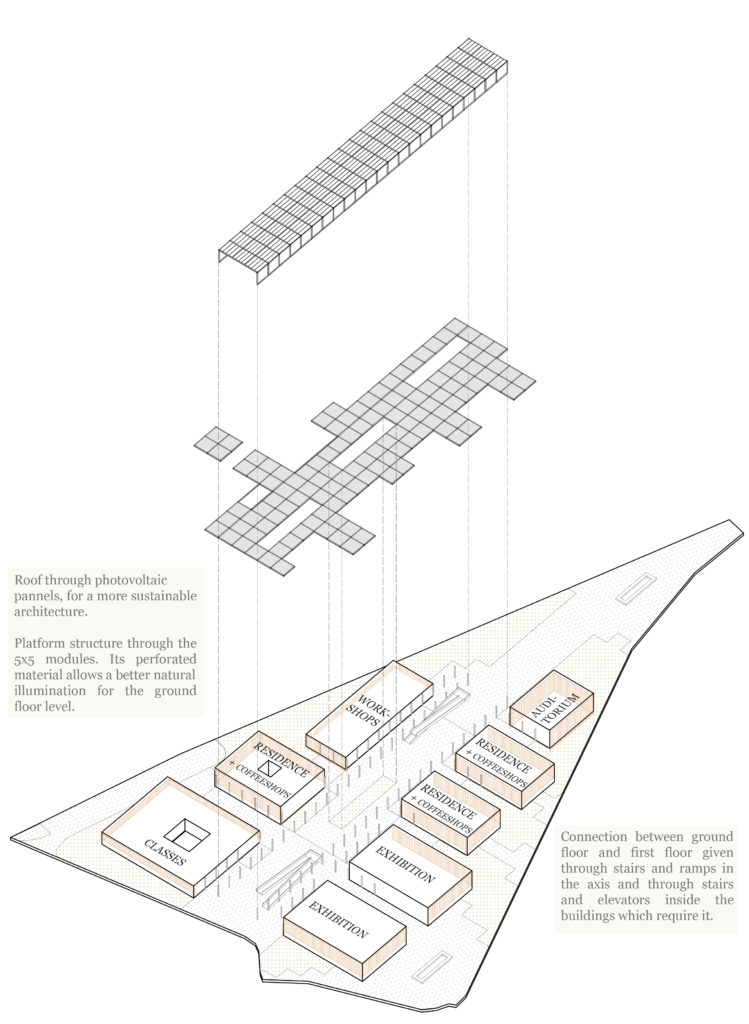 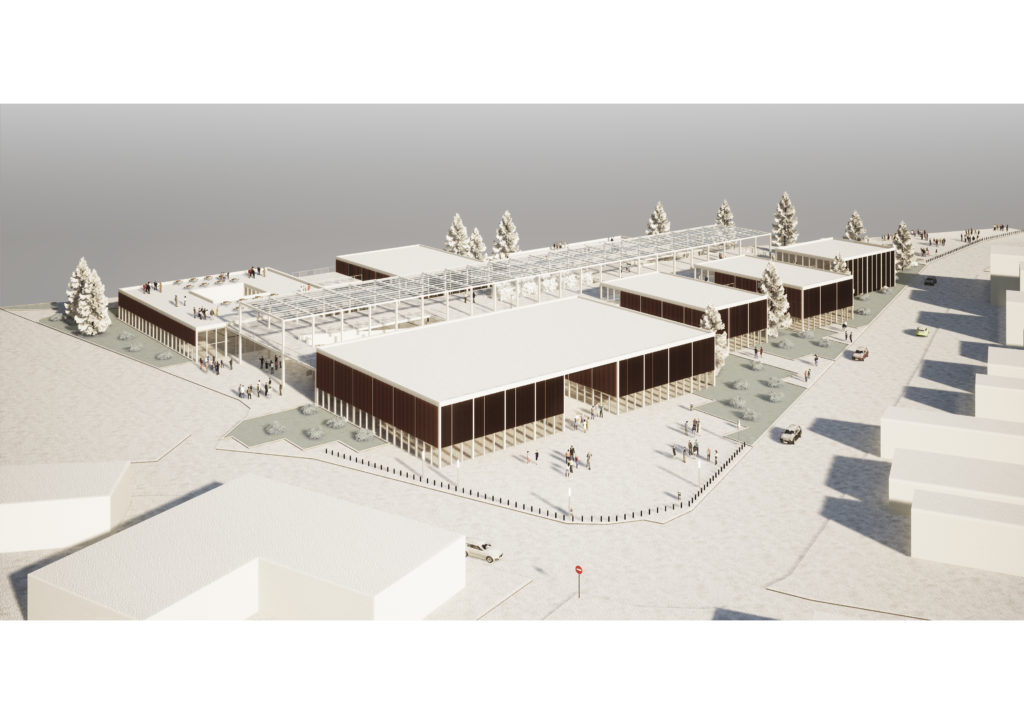 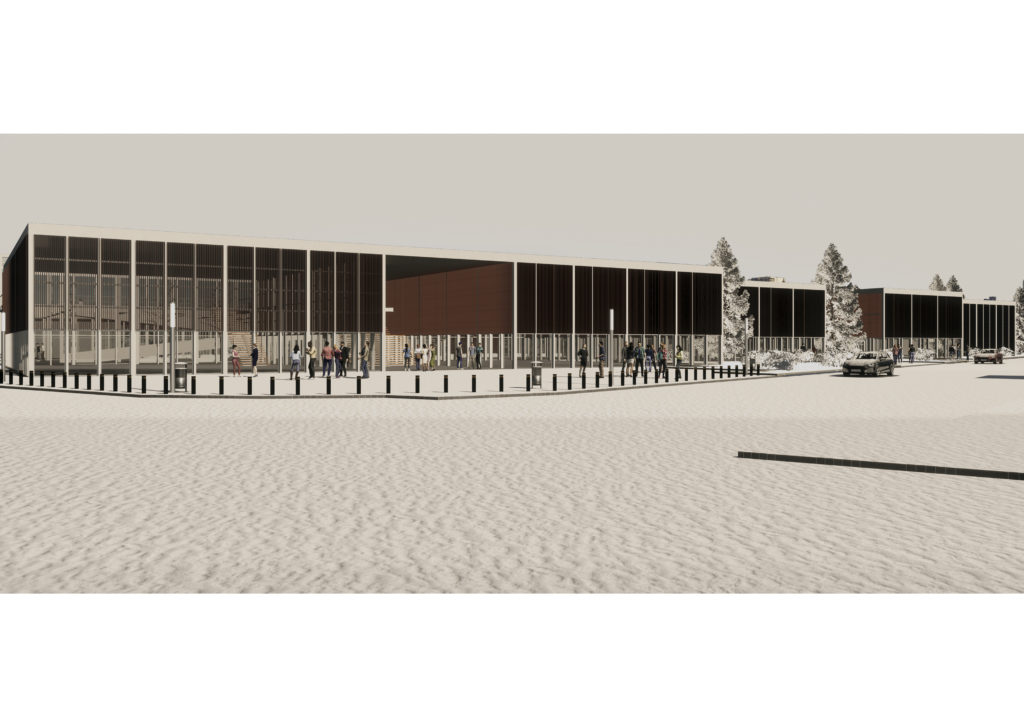 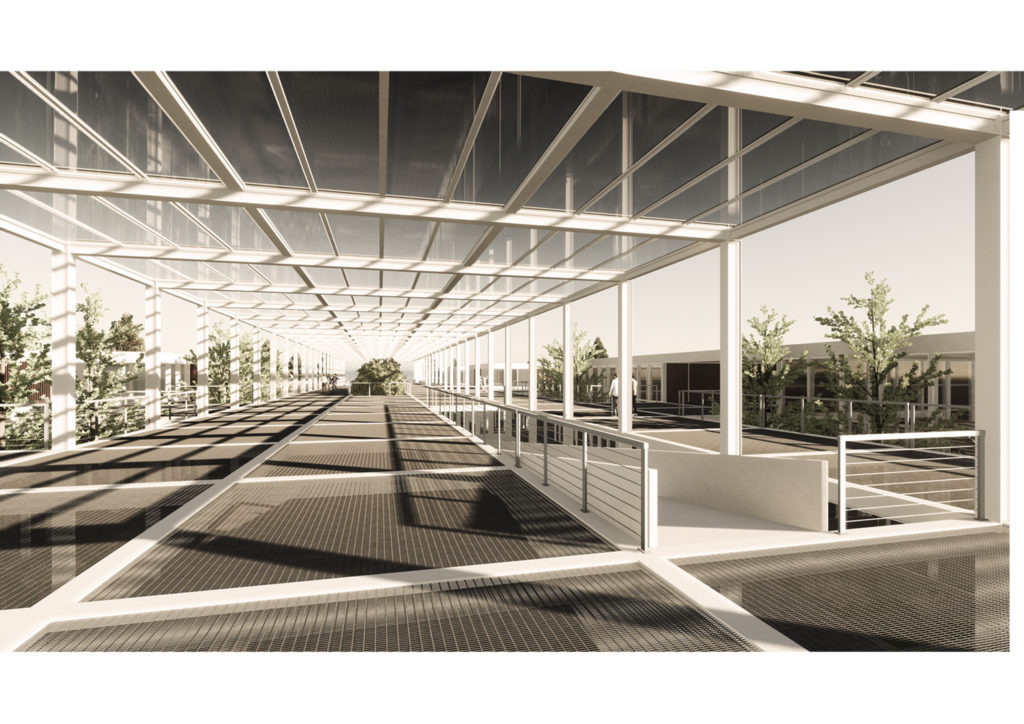 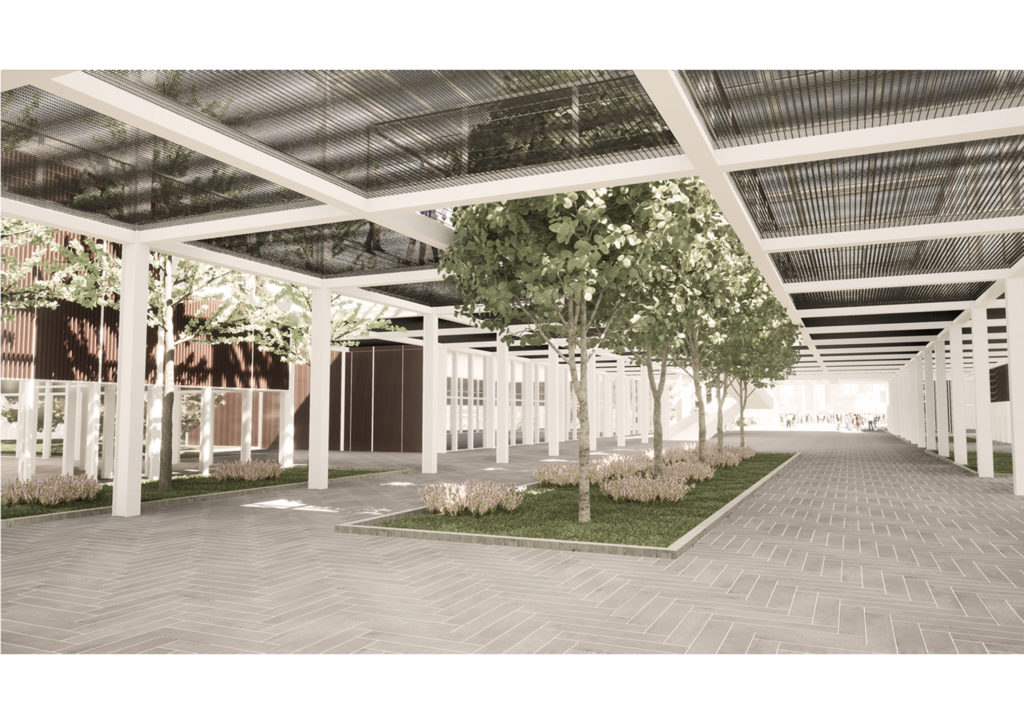