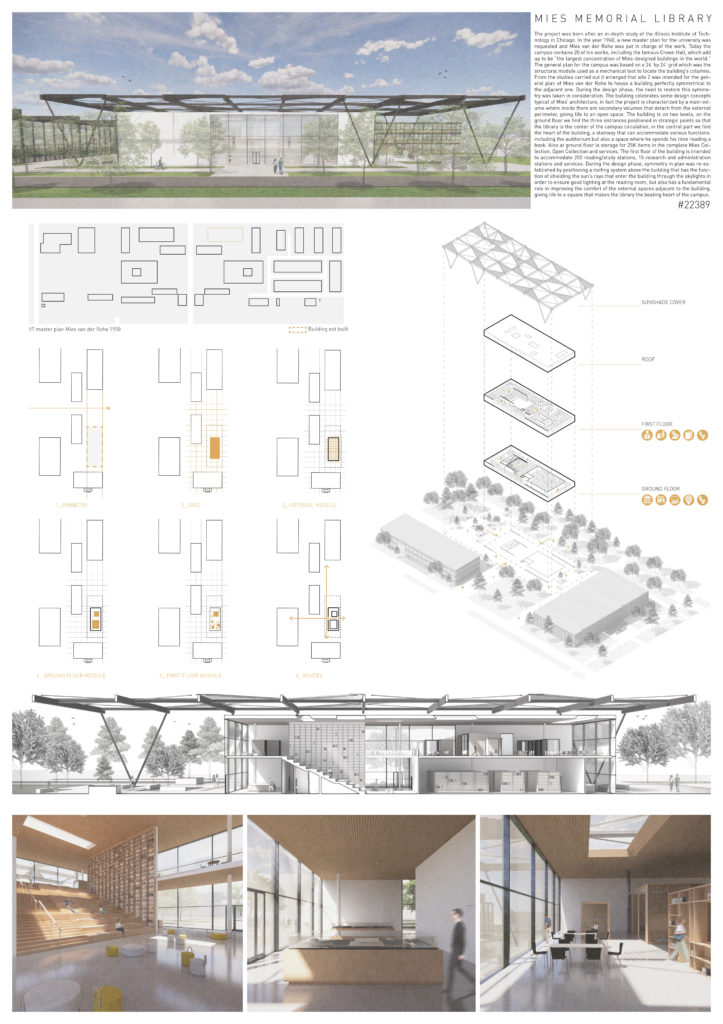 The project was born after an in-depth study of the Illinois Institute of Technology in Chicago. In the year 1940, a new master plan for the university was requested and Mies van der Rohe was put in charge of the work. Today the campus contains 20 of his works, including the famous Crown Hall, which add up to be “the largest concentration of Mies-designed buildings in the world.” The general plan for the campus was based on a 24 ‘by 24’ grid which was the structural module used as a mechanical tool to locate the building’s columns. From the studies carried out it emerged that site 2 was intended for the general plan of Mies van der Rohe to house a building perfectly symmetrical to the adjacent one. During the design phase, the need to restore this symmetry was taken in consideration. The building celebrates some design concepts typical of Mies’ architecture, in fact the project is characterized by a main volume where inside there are secondary volumes that detach from the external perimeter, giving life to an open space. The building is on two levels, on the ground floor we find the three entrances positioned in strategic points so that the library is the center of the campus circulation, in the central part we find the heart of the building, a stairway that can accommodate various functions: including the auditorium but also a space where he spends his time reading a book. Also at ground floor is storage for 25K items in the complete Mies Collection, Open Collection and services. The first floor of the building is intended to accommodate 200 reading/study stations, 15 research and administration stations and services. During the design phase, symmetry in plan was re-established by positioning a roofing system above the building that has the function of shielding the sun’s rays that enter the building through the skylights in order to ensure good lighting at the reading room, but also has a fundamental role in improving the comfort of the external spaces adjacent to the building, giving life to a square that makes the library the beating heart of the campus. 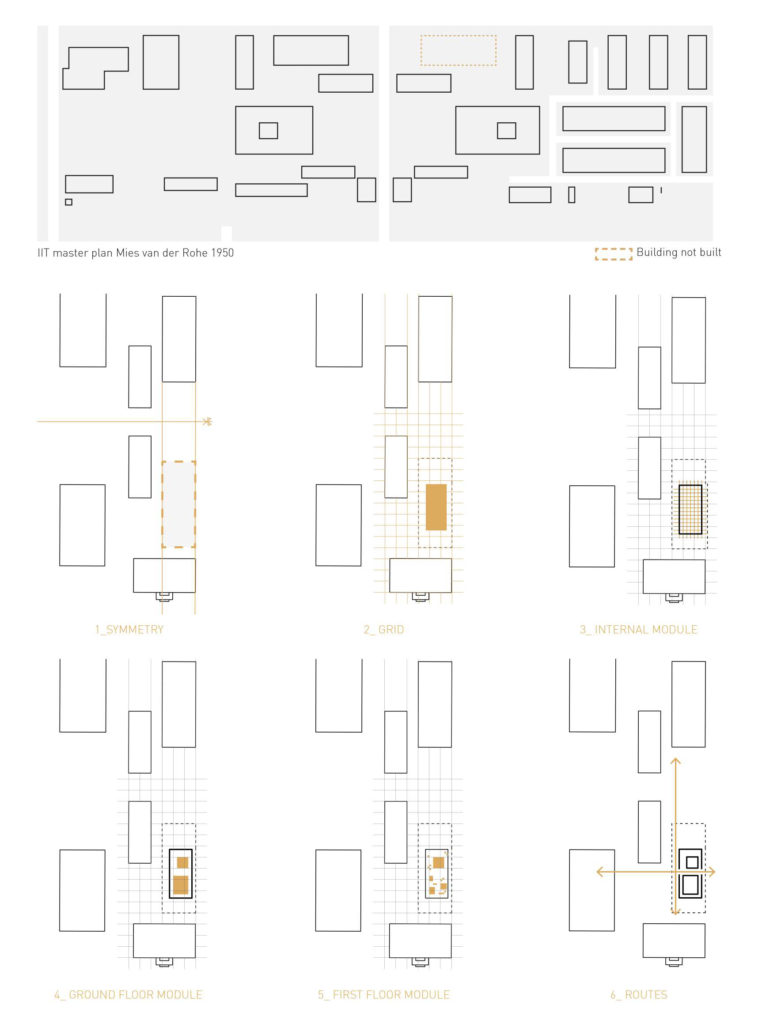 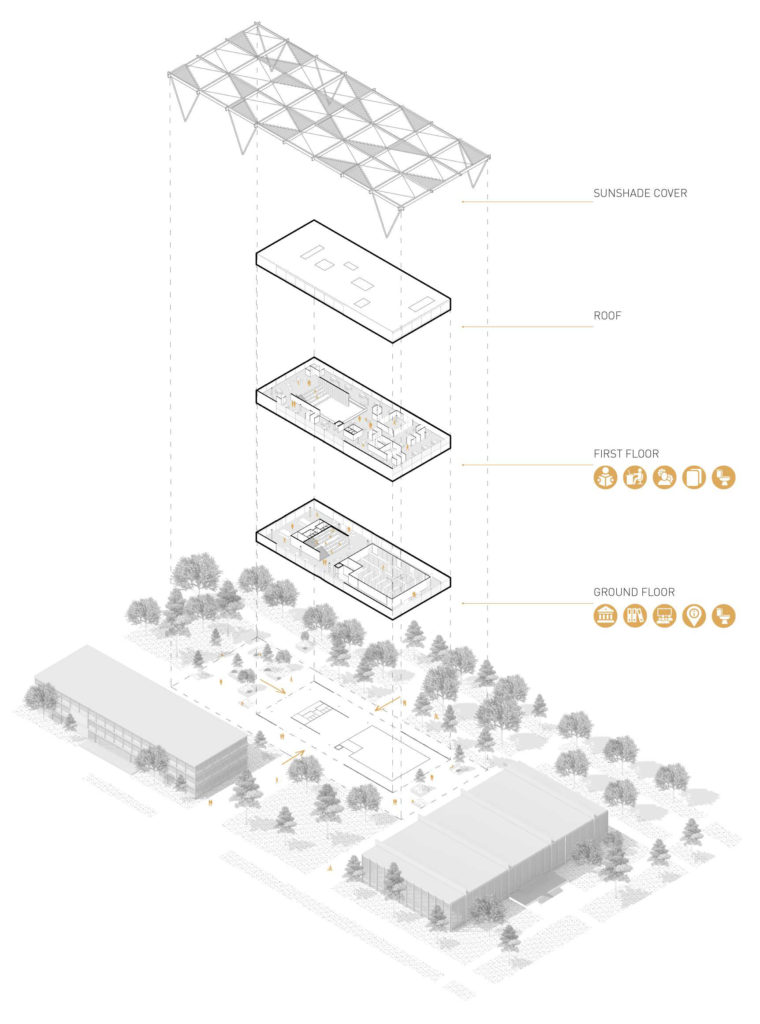 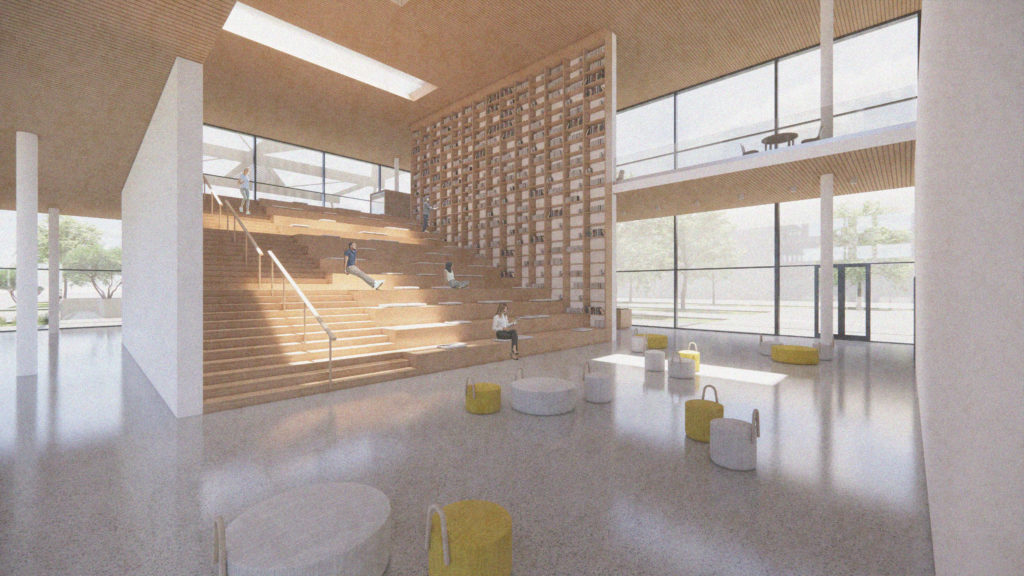 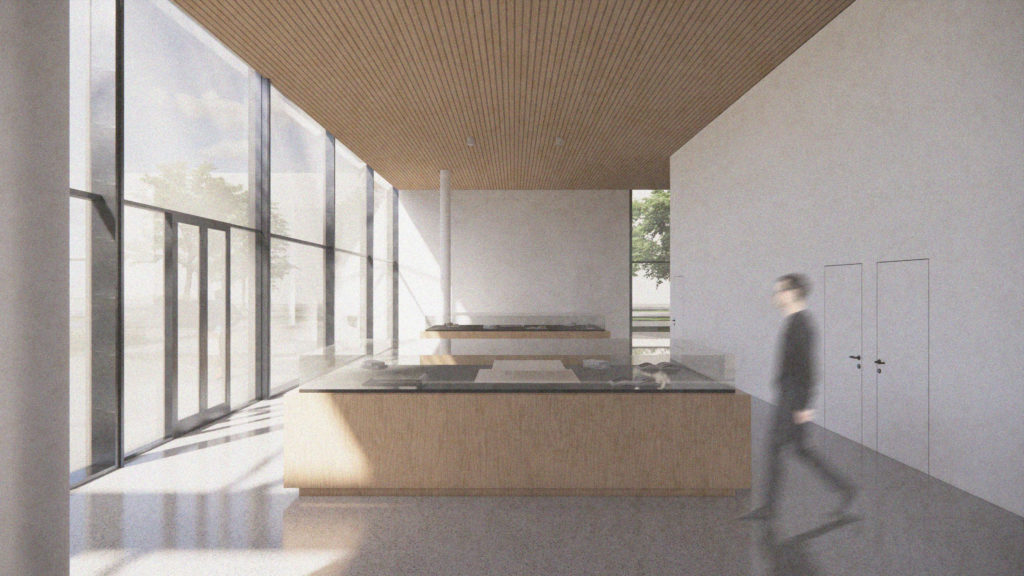 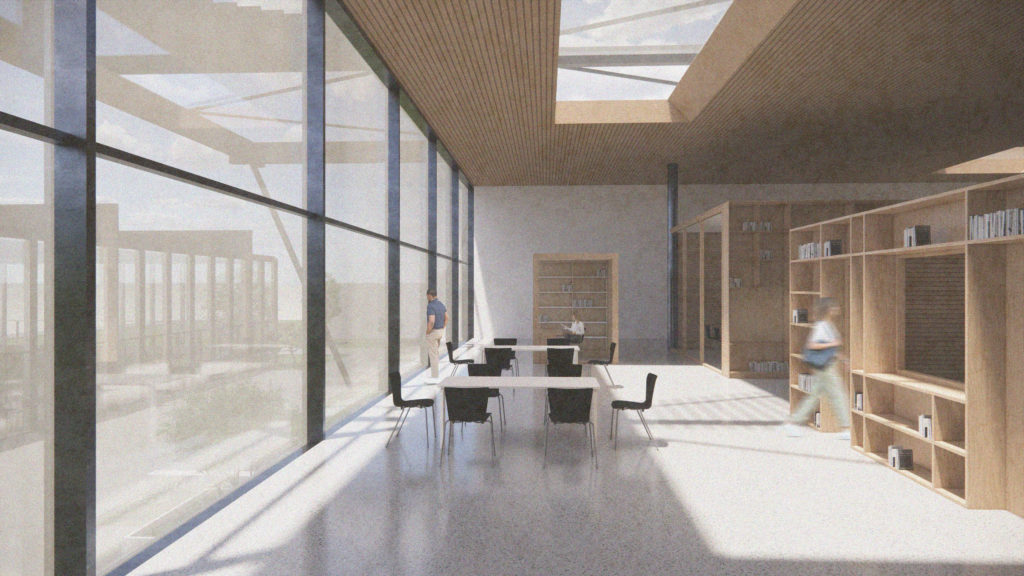