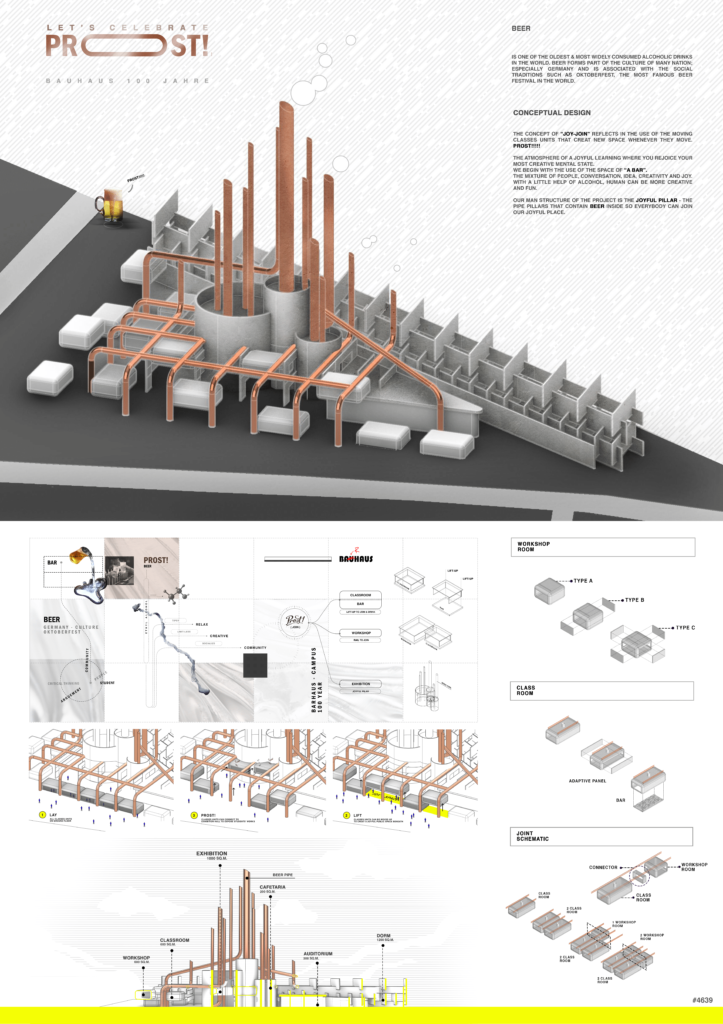 is one of the oldest & most widely consumed alcoholic drinks in the world. Beer forms part of the culture of many nations; especially Germany and is associated with the social traditions such as Oktoberfest, the most famous beer festival in the world.

The concept of “Joy-Join” reflects in the use of the moving classes units that create new space whenever they move. PROST!!!!!

The atmosphere of a joyful learning where you rejoice your most creative mental state.

We begin with the use of the space of “a bar”.  The mixture of people, conversation, idea, creativity, and joy. With a little help of alcohol, human can be more creative and fun.

Our man structure of the project is the joyful pillar – the pipe pillars that contain beer inside so everybody can join our joyful place. 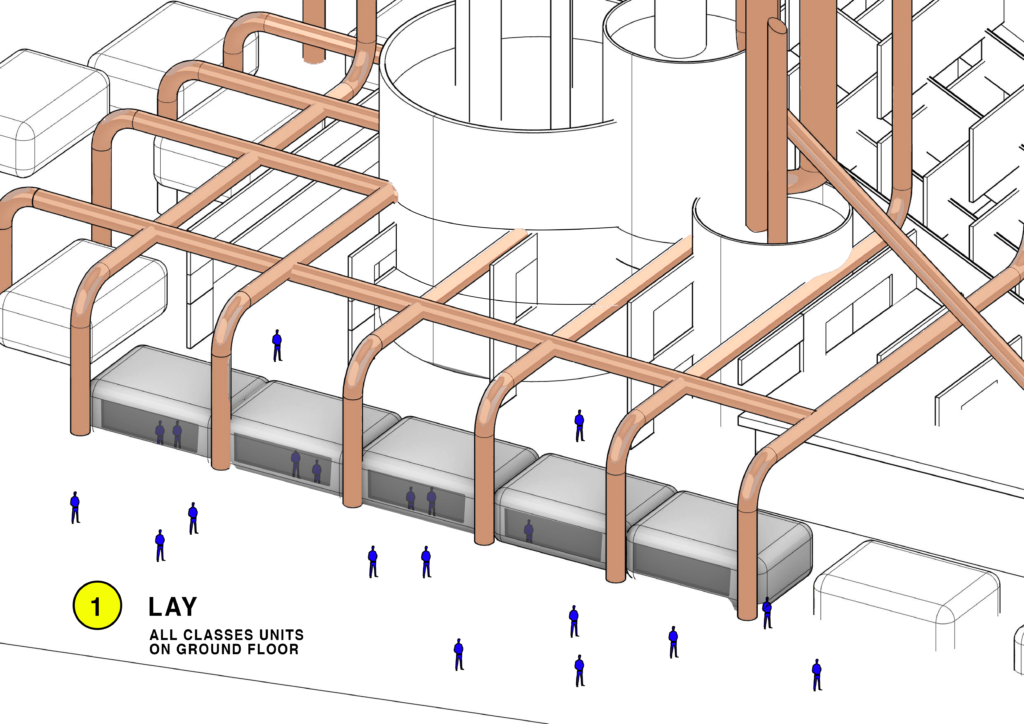 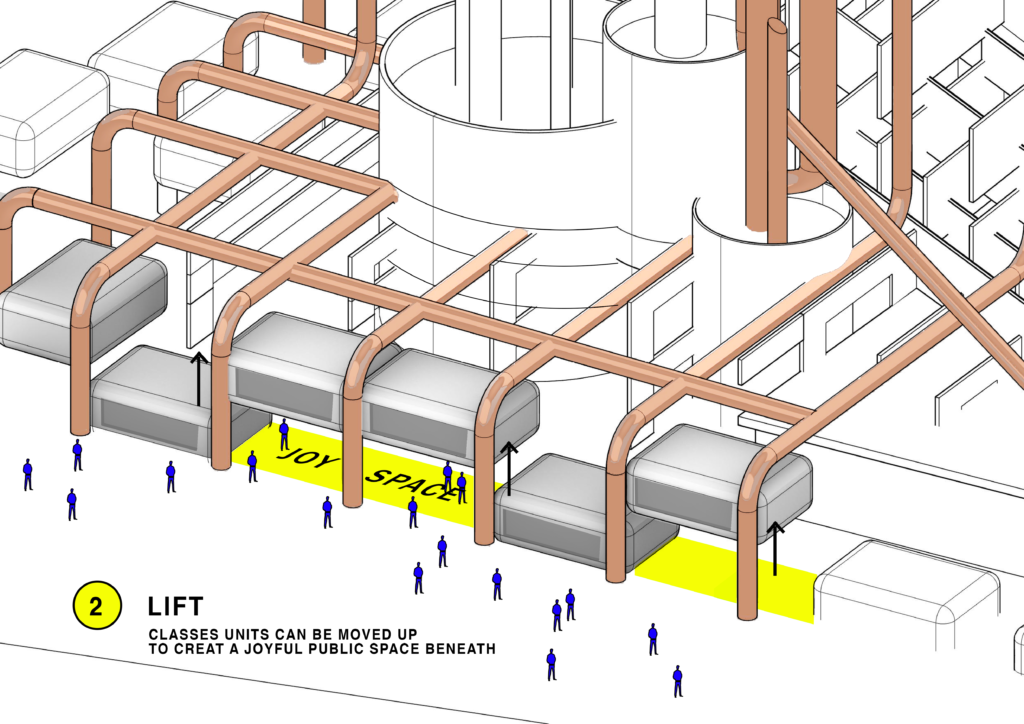 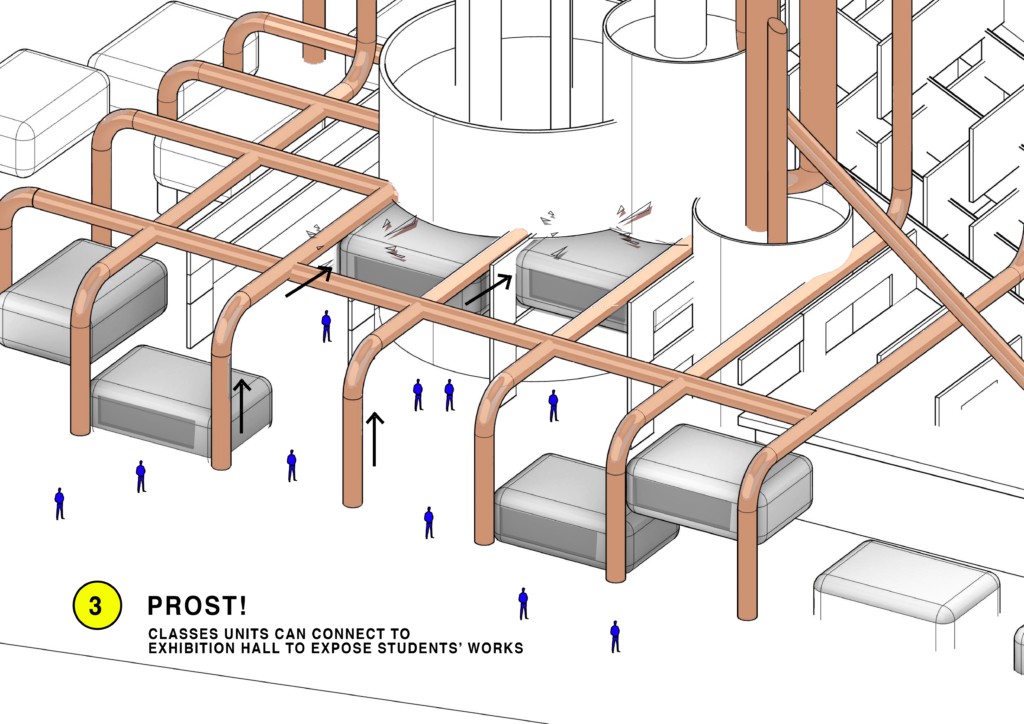 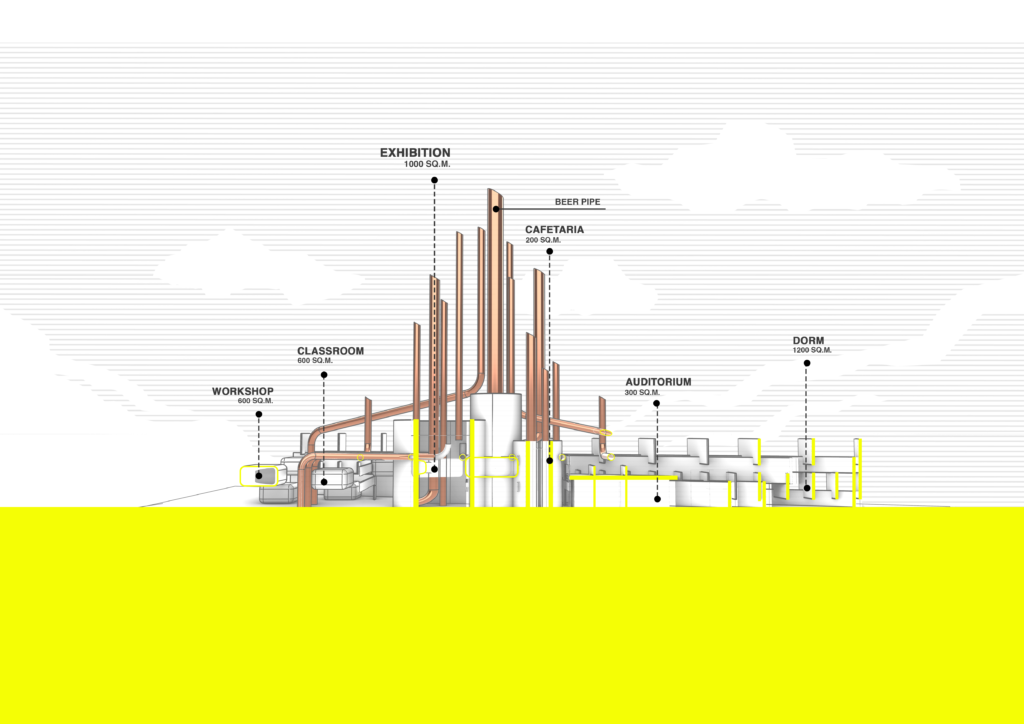 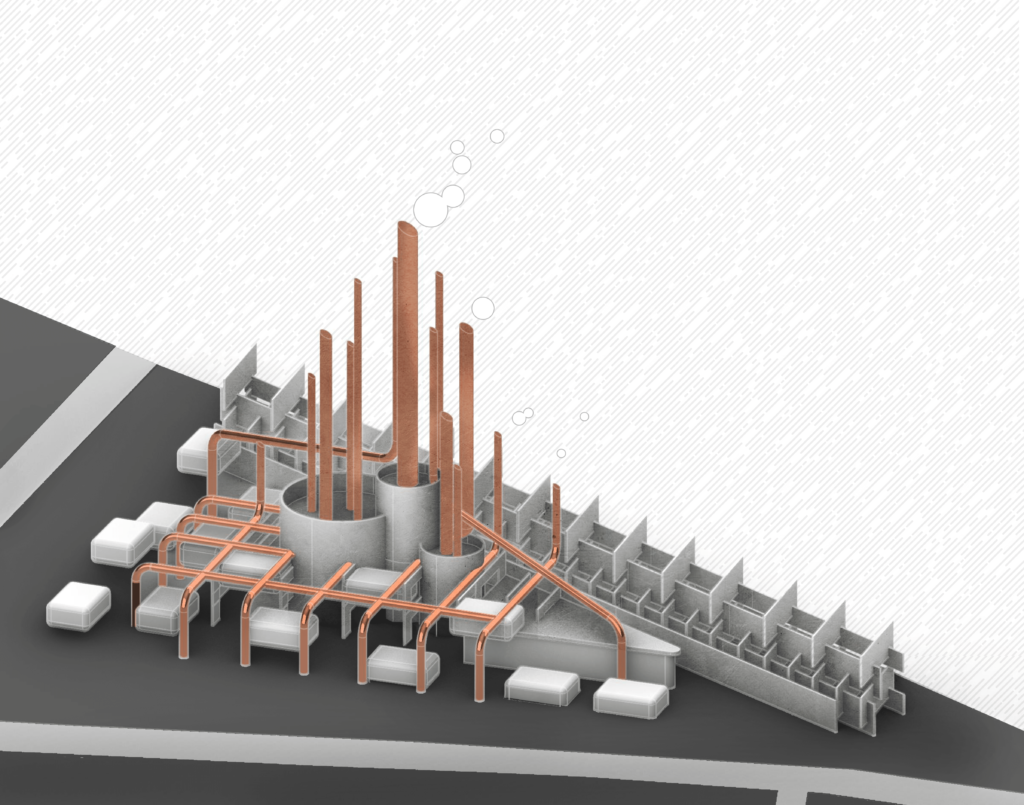