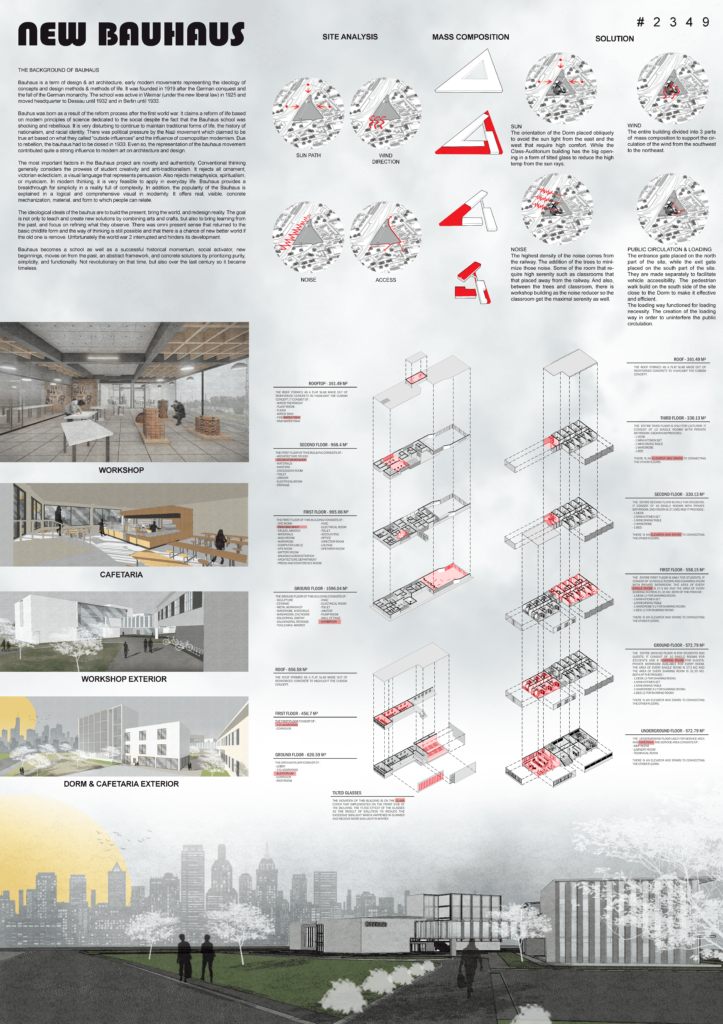 THE BACKGROUND OF BAUHAUS

Bauhaus is a term of design & art architecture, early modern movements representing the ideology of concepts and design methods & methods of life. It was founded in 1919 after the German conquest and the fall of the German monarchy. The school was active in Weimar (under the new liberal law) in 1925 and moved headquarter to Dessau until 1932 and in Berlin until 1933.

Bauhus was born as a result of the reform process after the first world war. It claims a reform of life based on modern principles of science dedicated to the social despite the fact that the Bauhaus school was shocking and rebellious. It is very disturbing to continue to maintain traditional forms of life, the history of nationalism, and racial identity. There was political pressure by the Nazi movement which claimed to be true art based on what they called “outside influences” and the influence of cosmopolitan modernism. Due to rebellion, the bauhaus had to be closed in 1933. Even so, the representation of the bauhaus movement contributed quite a strong influence to modern art on architecture and design.

The most important factors in the Bauhaus project are novelty and authenticity. Conventional thinking generally considers the prowess of student creativity and anti-traditionalism. It rejects all ornament, victorian eclecticism, a visual language that represents persuasion. Also rejects metaphysics, spiritualism, or mysticism. In modern thinking, it is very feasible to apply in everyday life. Bauhaus provides a breakthrough for simplicity in a reality full of complexity. In addition, the popularity of the Bauhaus is explained in a logical and comprehensive visual in modernity. It offers real, visible, concrete mechanization, material, and form to which people can relate.

The ideological ideals of the bauhus are to build the present, bring the world, and redesign reality. The goal is not only to teach and create new solutions by combining arts and crafts, but also to bring learning from the past, and focus on refining what they observe. There was omni present sense that returned to the basic childlife form and the way of thinking is still possible and that there is a chance of new better world if the old one is remove. Unfortunately the world war 2 interrupted and hinders its development.

Bauhaus becomes a school as well as a successful historical momentum, social activator, new beginnings, moves on from the past, an abstract framework, and concrete solutions by prioritizing purity, simplicity, and functionality. Not revolutionary on that time, but also over the last century so it became timeless.

The orientation of the Dorm placed obliquely to avoid the sun light from the east and the west that require high comfort. While the Class-Auditorium building has the big opening in a form of tilted glass to reduce the high temp from the sun rays.

The entire building divided into 3 parts of mass composition to support the circulation of the wind from the southwest to the northeast.

The highest density of the noise comes from the railway. The addition of the trees to minimize those noise. Some of the room that require high serenity such as classrooms that that placed away from the railway. And also, between the trees and classroom, there is workshop building as the noise reducer so the classroom get the maximal serenity as well. 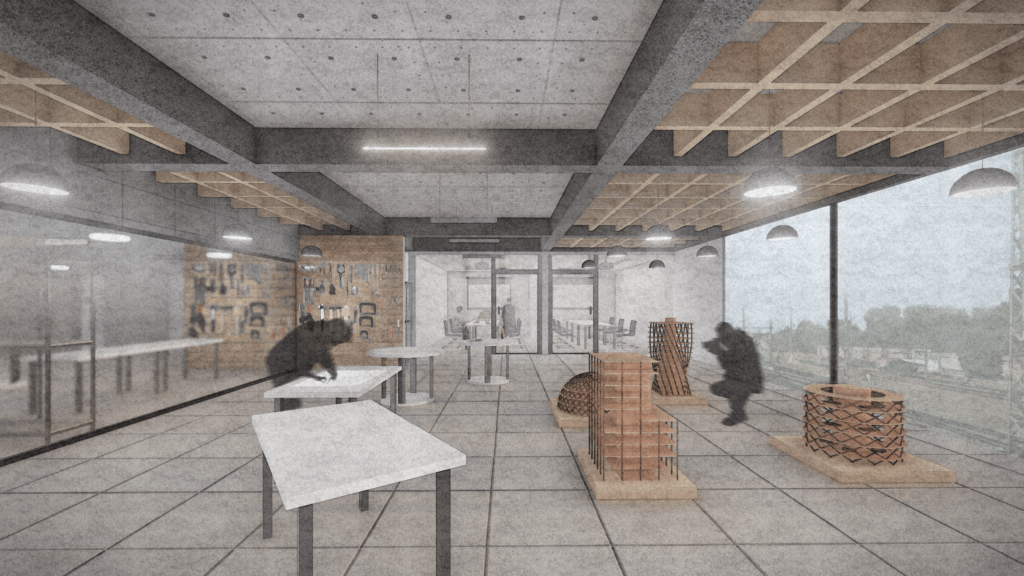 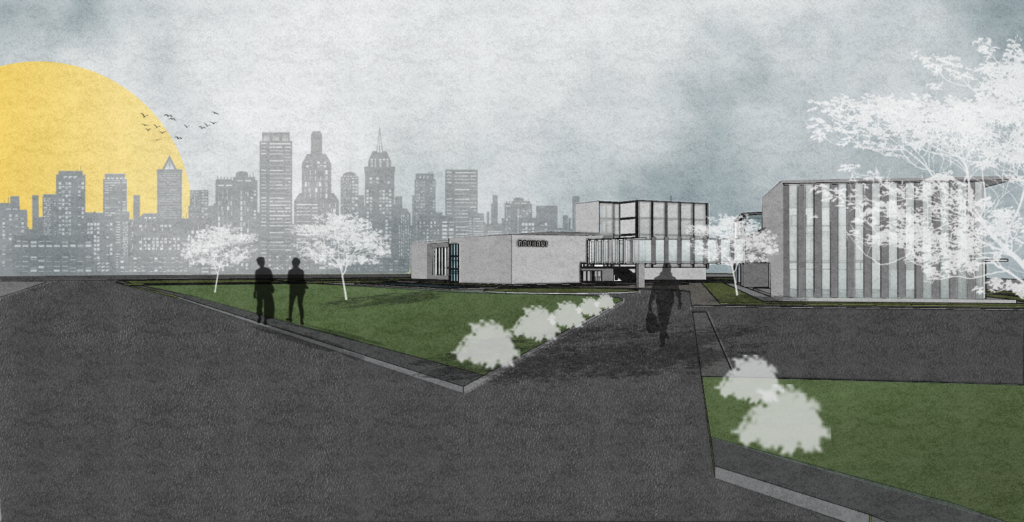 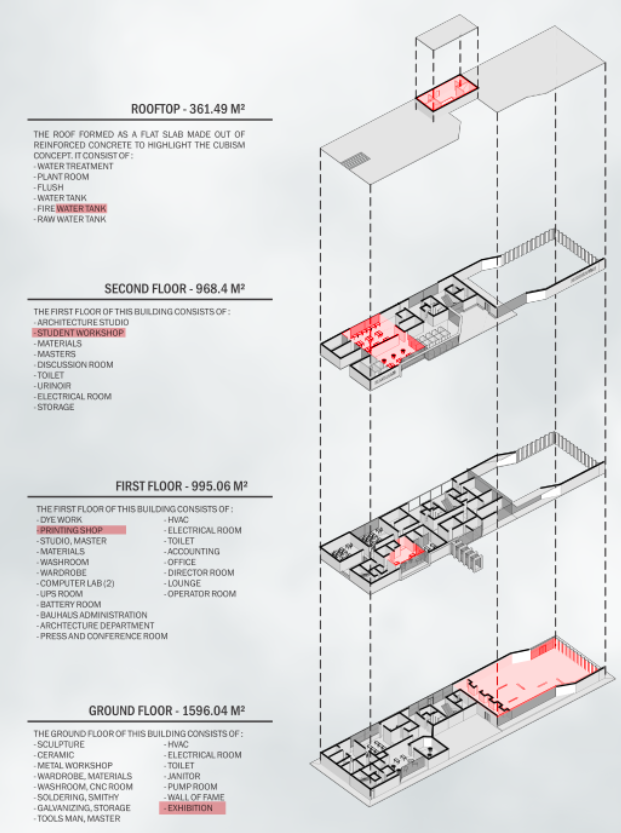 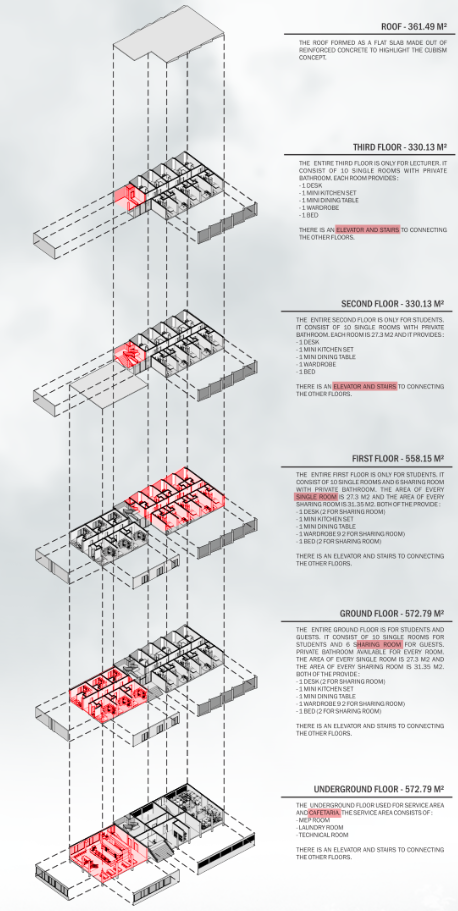 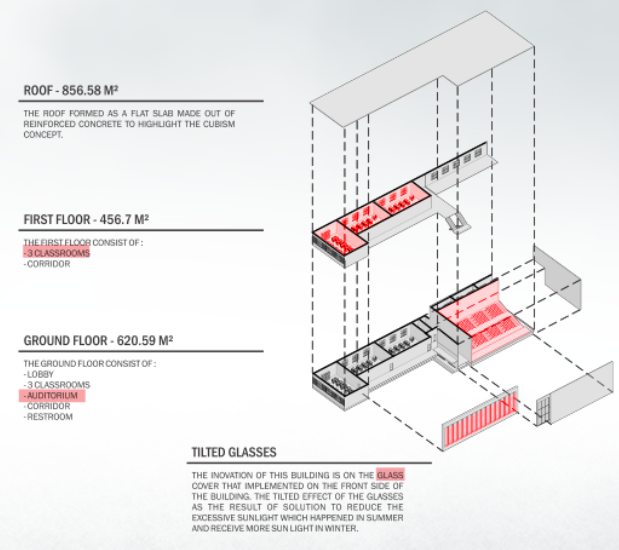 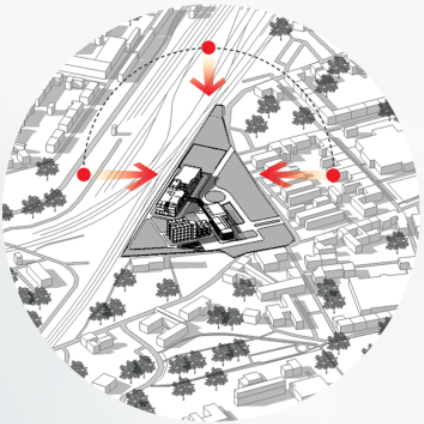 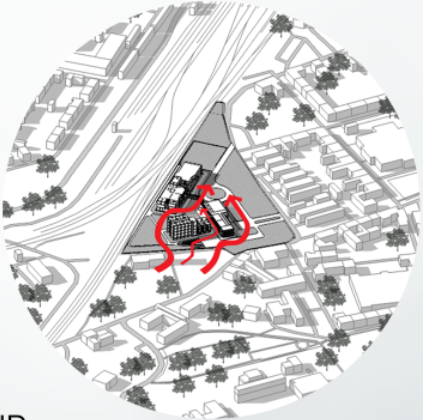 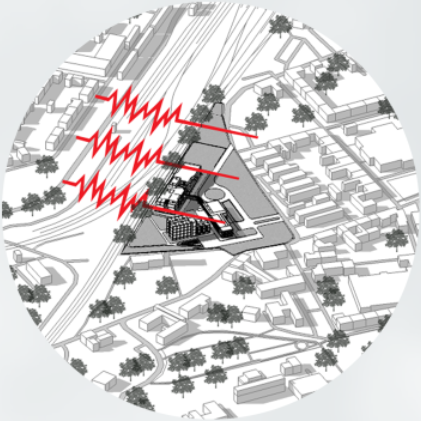 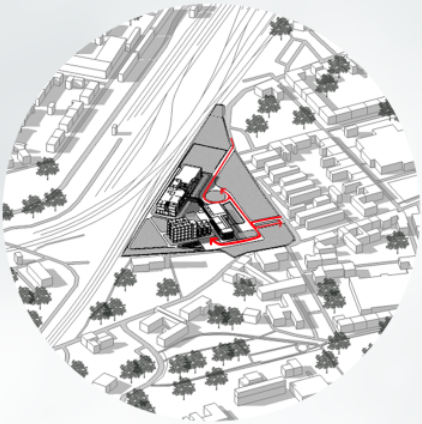