This project was selected as a Finalist by the jury of the Bauhaus Campus 2021 competition. Registration ID #2899 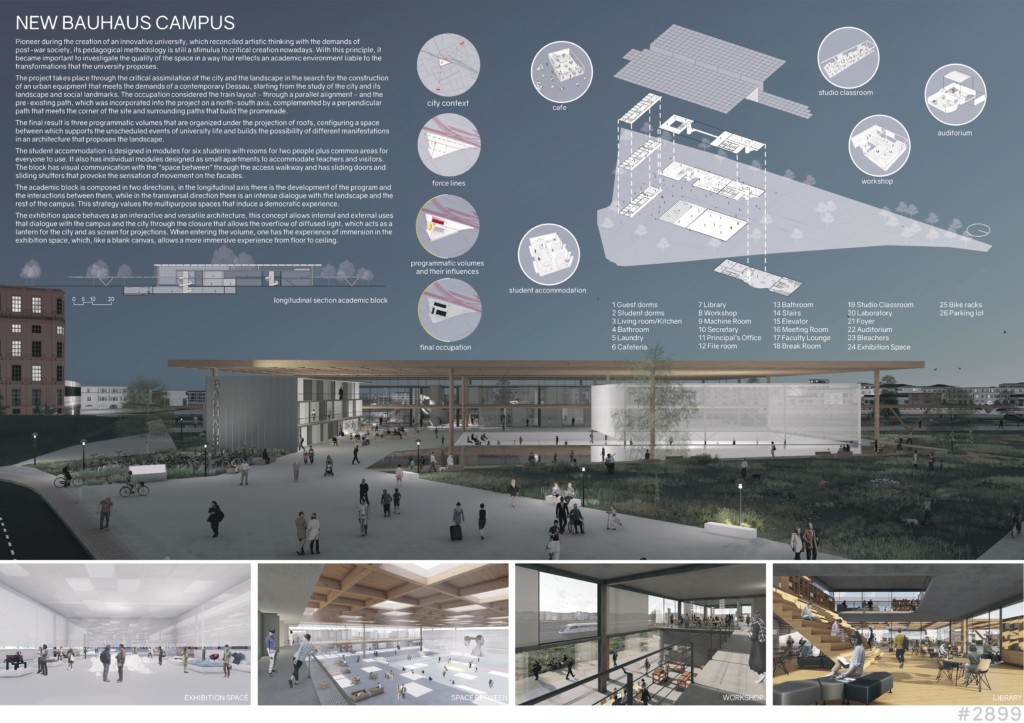 Pioneer during the creation of an innovative university, which reconciled artistic thinking with the demands of post-war society, its pedagogical methodology is still a stimulus to critical creation nowadays. With this principle, it became important to investigate the quality of the space in a way that reflects an academic environment liable to the transformations that the university proposes.

The project takes place through the critical assimilation of the city and the landscape in the search for the construction of an urban equipment that meets the demands of a contemporary Dessau, starting from the study of the city and its landscape and social landmarks. The occupation considered the train layout – through a parallel alignment – and the pre-existing path, which was incorporated into the project on a north-south axis, complemented by a perpendicular path that meets the corner of the site and surrounding paths that build the promenade.

The final result is three programmatic volumes that are organized under the projection of roofs, configuring a space between which supports the unscheduled events of university life and builds the possibility of different manifestations in an architecture that proposes the landscape.

The student accommodation is designed in modules for six students with rooms for two people plus common areas for everyone to use. It also has individual modules designed as small apartments to accommodate teachers and visitors. The block has visual communication with the “space between” through the access walkway and has sliding doors and sliding shutters that provoke the sensation of movement on the facades.

The academic block is composed in two directions, in the longitudinal axis there is the development of the program and the interactions between them, while in the transversal direction there is an intense dialogue with the landscape and the rest of the campus. This strategy values ​​the multipurpose spaces that induce a democratic experience.

The exhibition space behaves as an interactive and versatile architecture, this concept allows internal and external uses that dialogue with the campus and the city through the closure that allows the overflow of diffused light, which acts as a lantern for the city and as screen for projections. When entering the volume, one has the experience of immersion in the exhibition space, which, like a blank canvas, allows a more immersive experience from floor to ceiling. 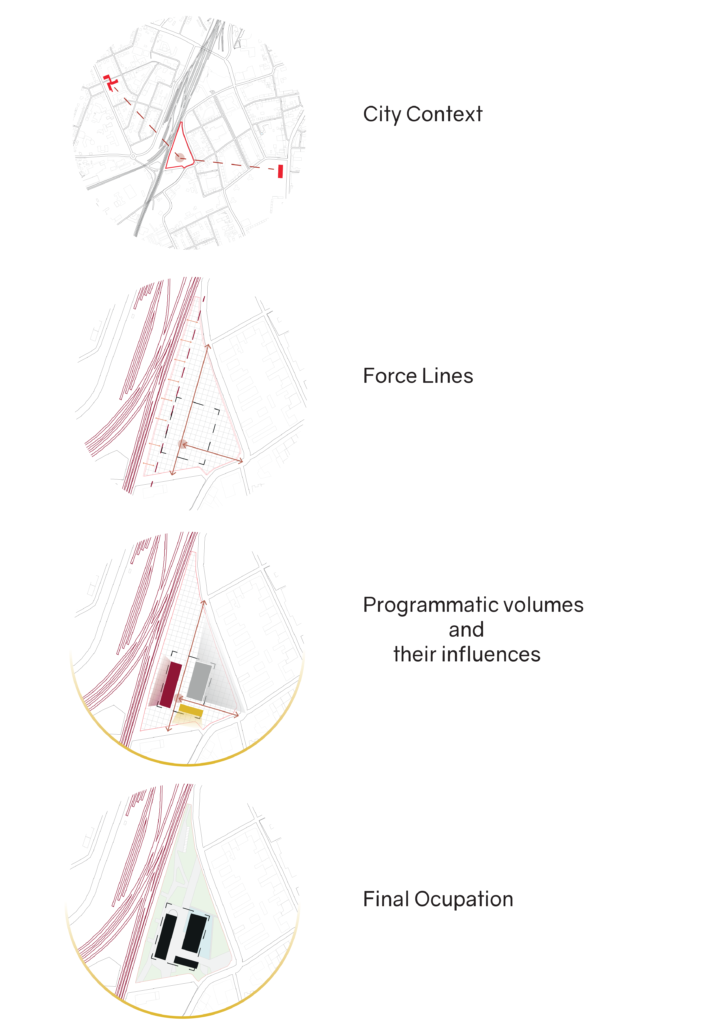 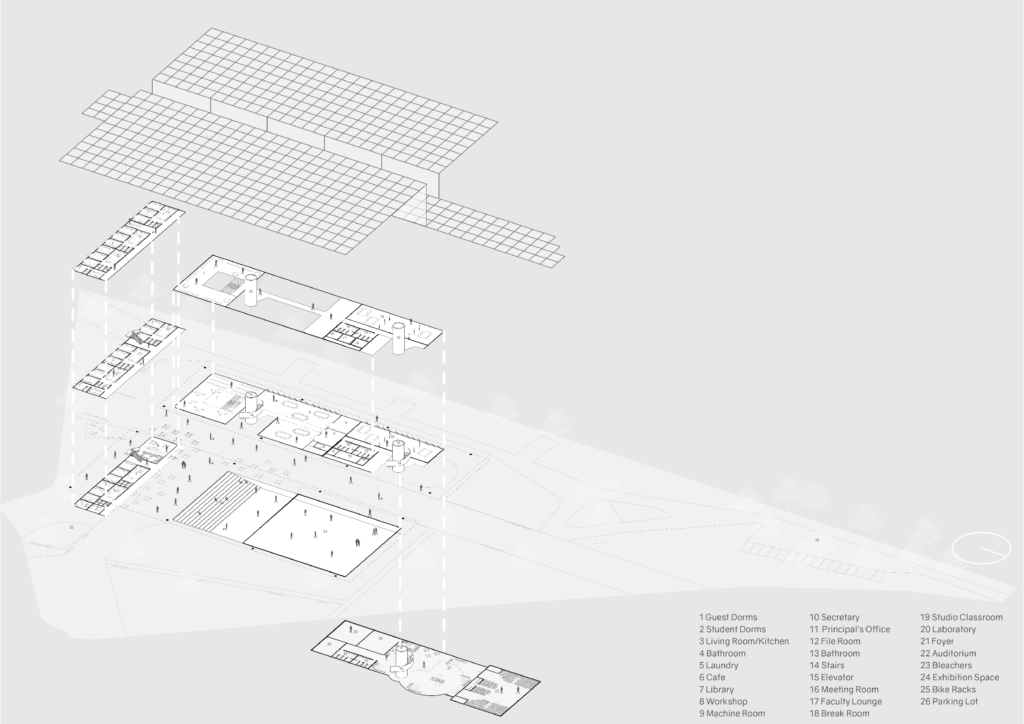 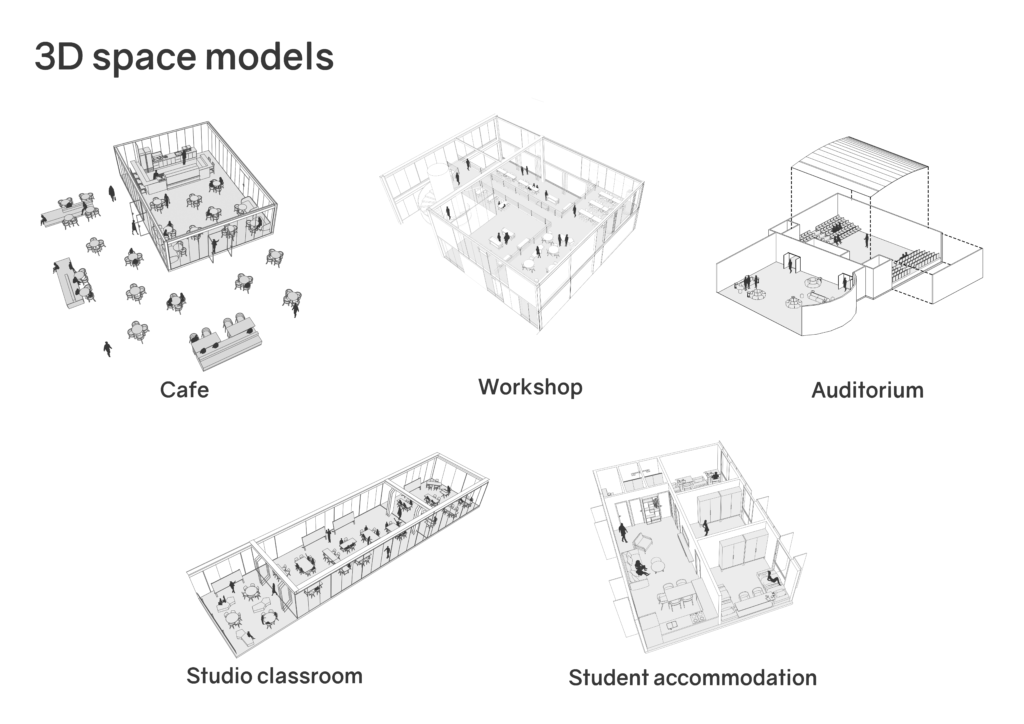 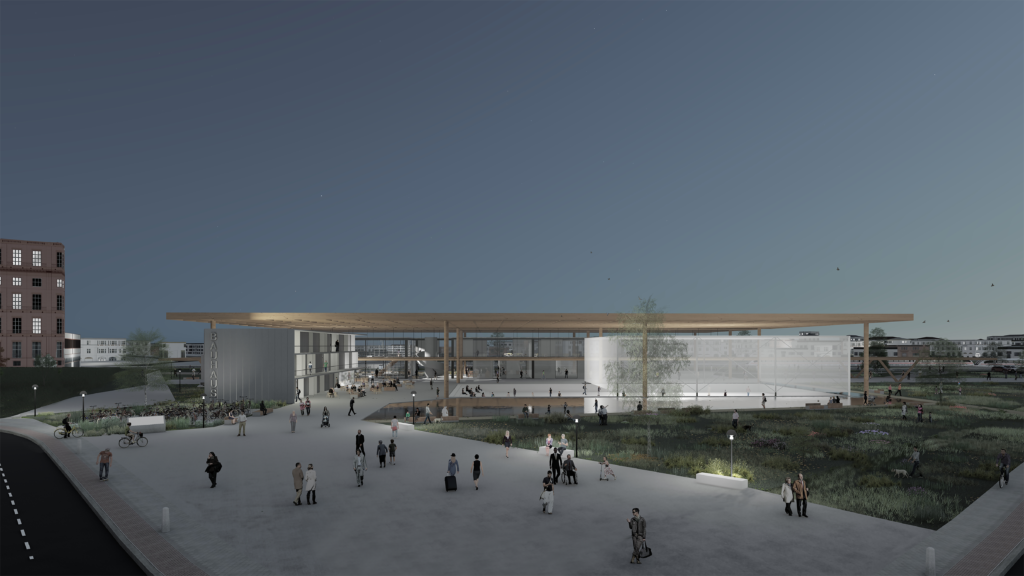 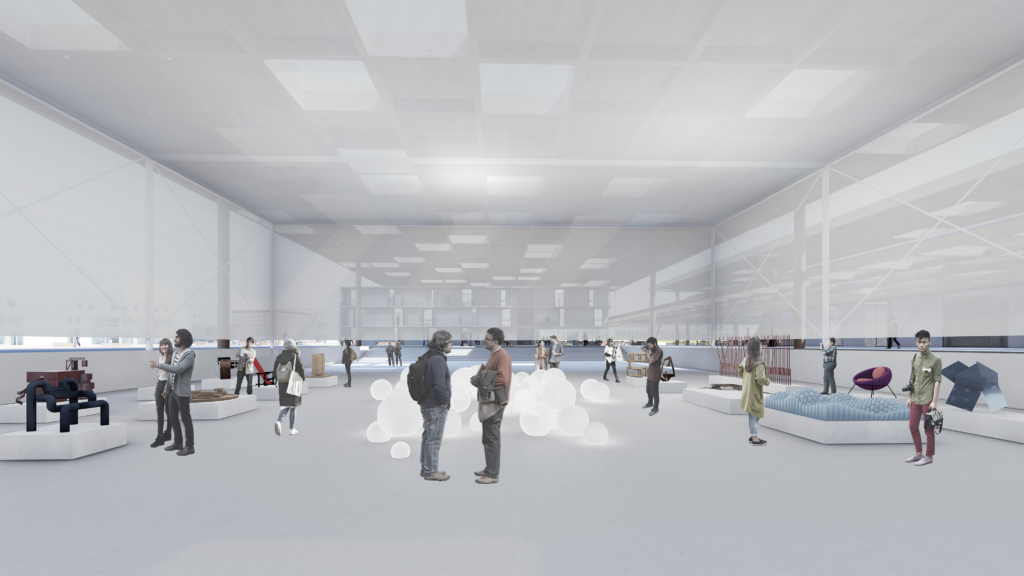 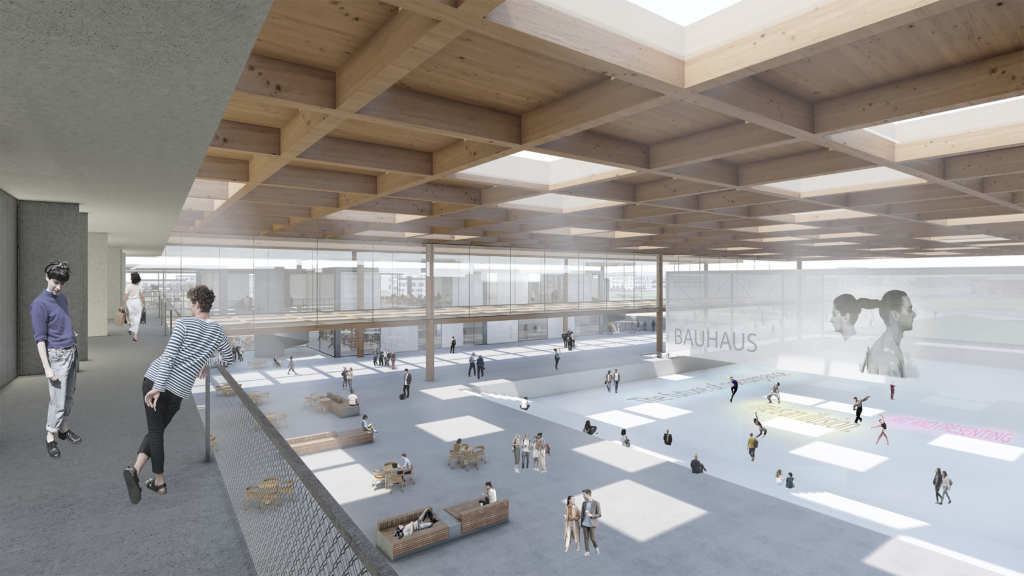 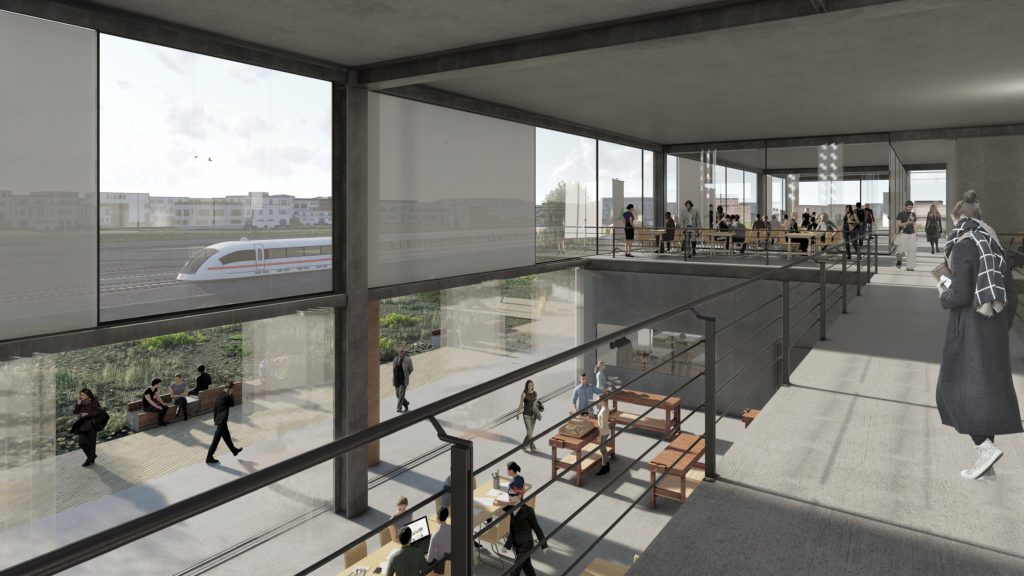 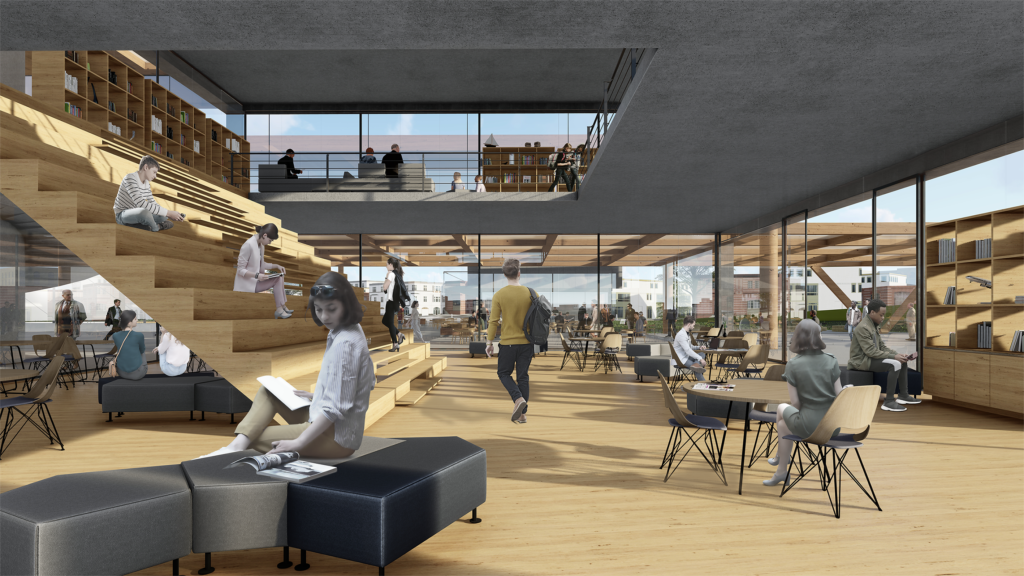