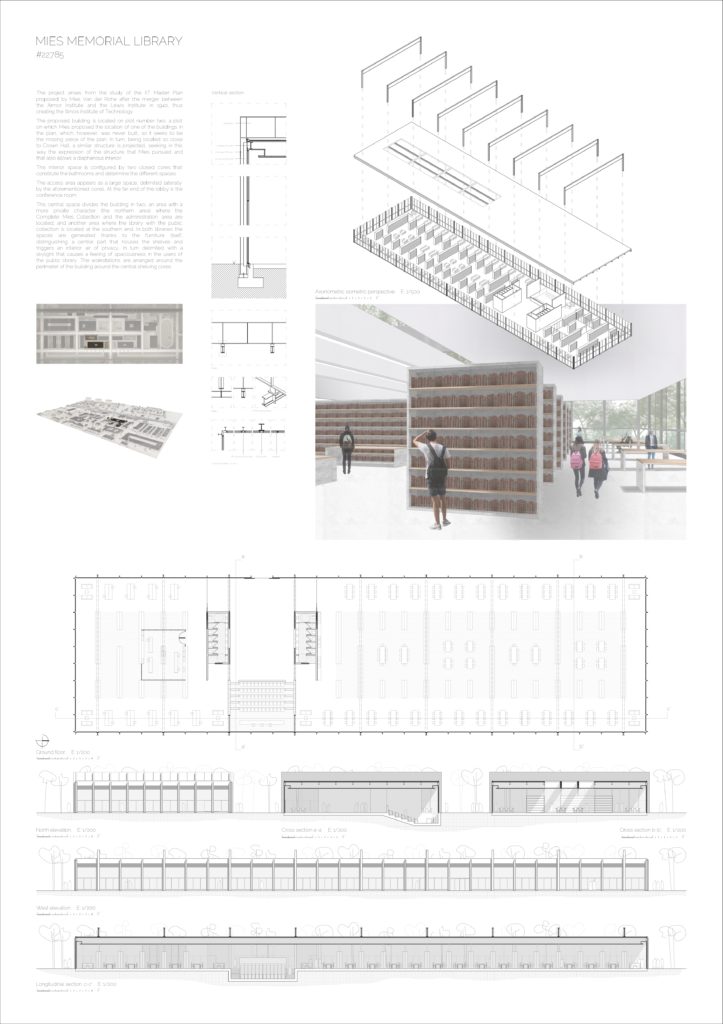 The project arises from the study of the IIT Master Plan proposed by Mies Van der Rohe after the merger between the Armor Institute and the Lewis Institute in 1940, thus creating the Illinois Institute of Technology.

The proposed building is located on plot number two, a plot on which Mies proposed the location of one of the buildings in the plan, which, however, was never built, so it seeks to be the missing piece of the plan. In turn, being located so close to Crown Hall, a similar structure is projected, seeking in this way the expression of the structure that Mies pursued and that also allows a diaphanous interior.

This interior space is configured by two closed cores that constitute the bathrooms and determine the different spaces.

The access area appears as a large space, delimited laterally by the aforementioned cores. At the far end of the lobby is the conference room.

This central space divides the building in two, an area with a more private character (the northern area) where the Complete Mies Collection and the administration area are located; and another area where the library with the public collection is located at the southern end. In both libraries the spaces are generated thanks to the furniture itself, distinguishing a central part that houses the shelves and triggers an interior air of privacy, in turn delimited with a skylight that causes a feeling of spaciousness in the users of the public library. The workstations are arranged around the perimeter of the building around the central shelving cores. 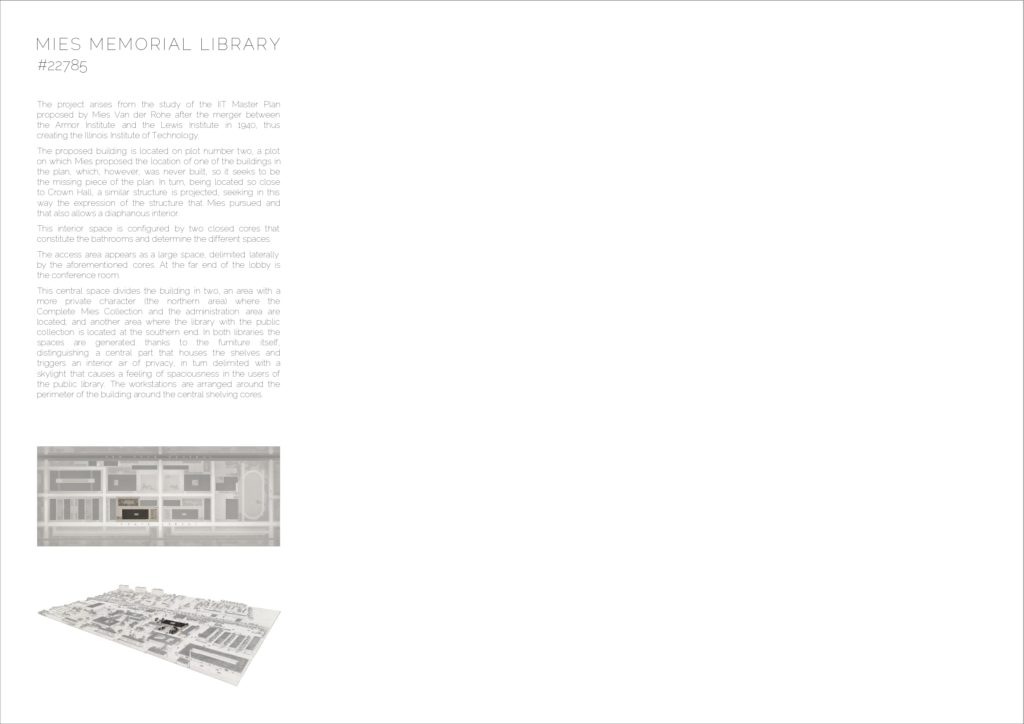 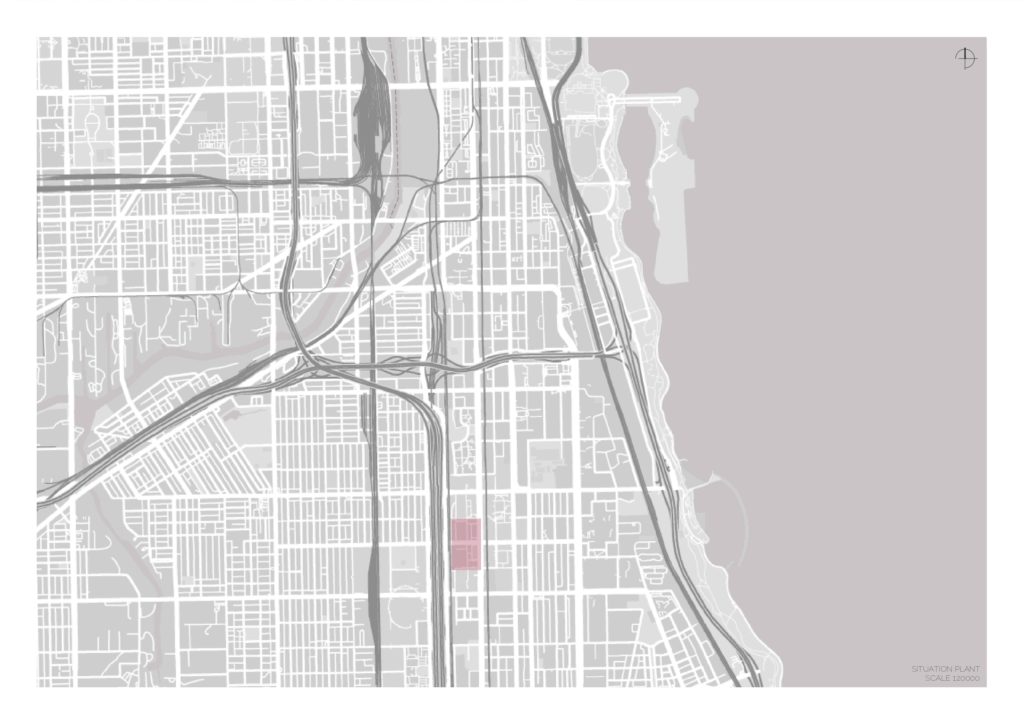 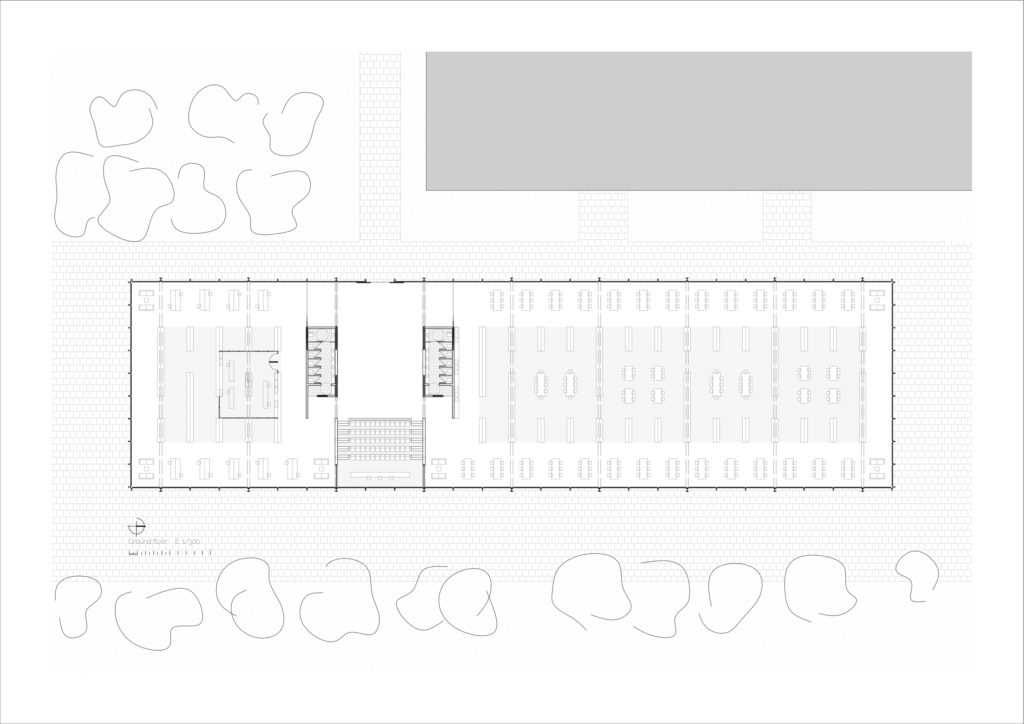 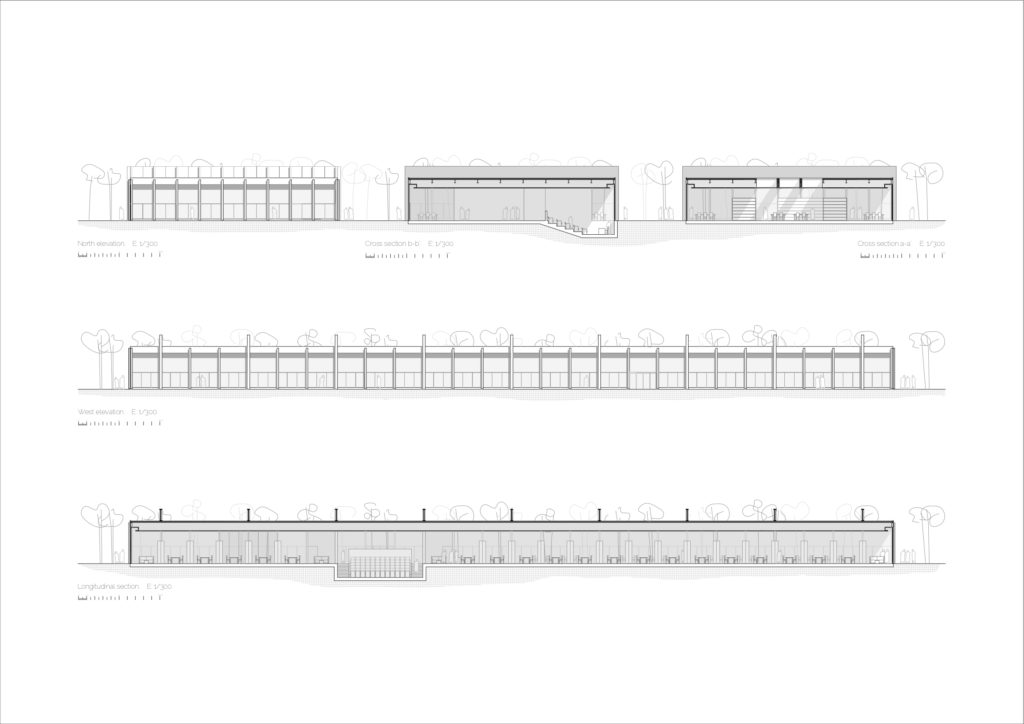 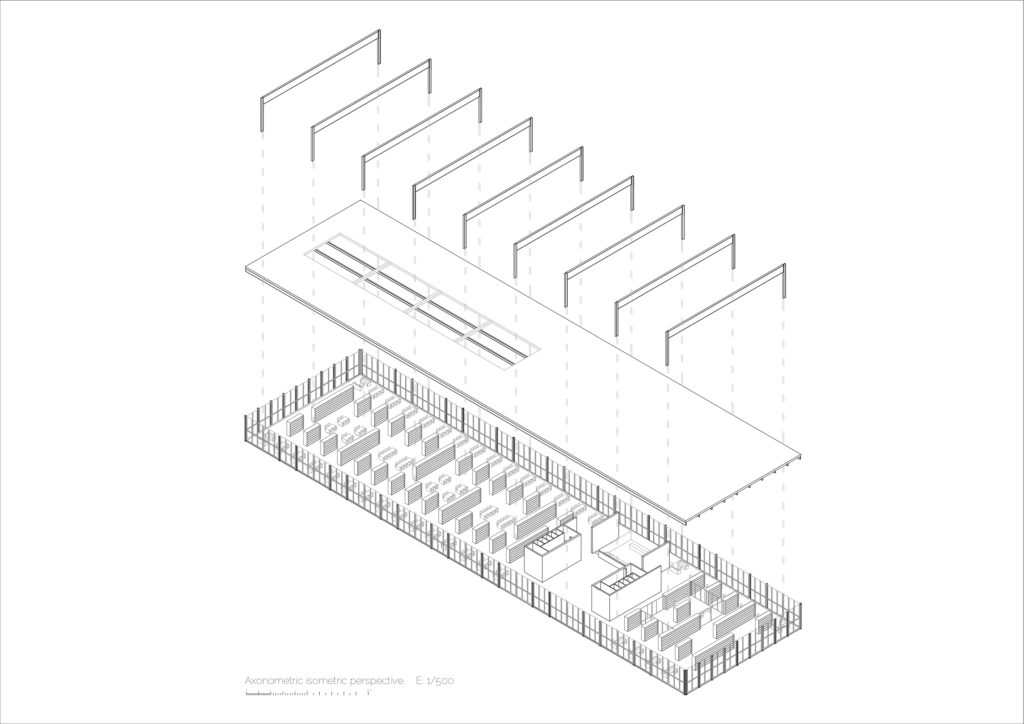 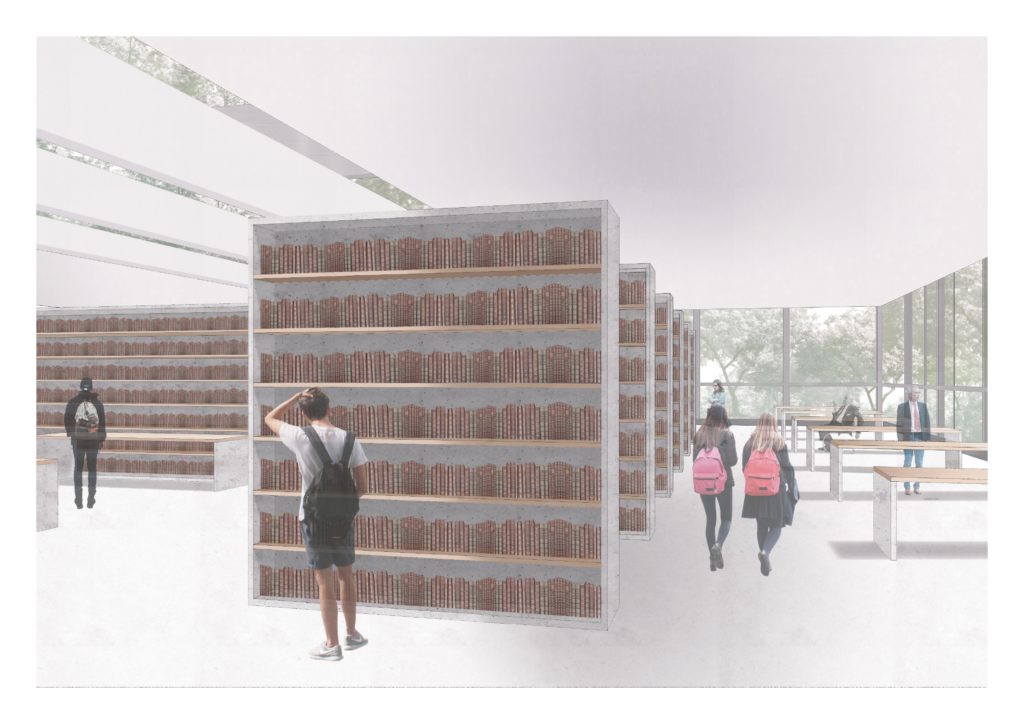 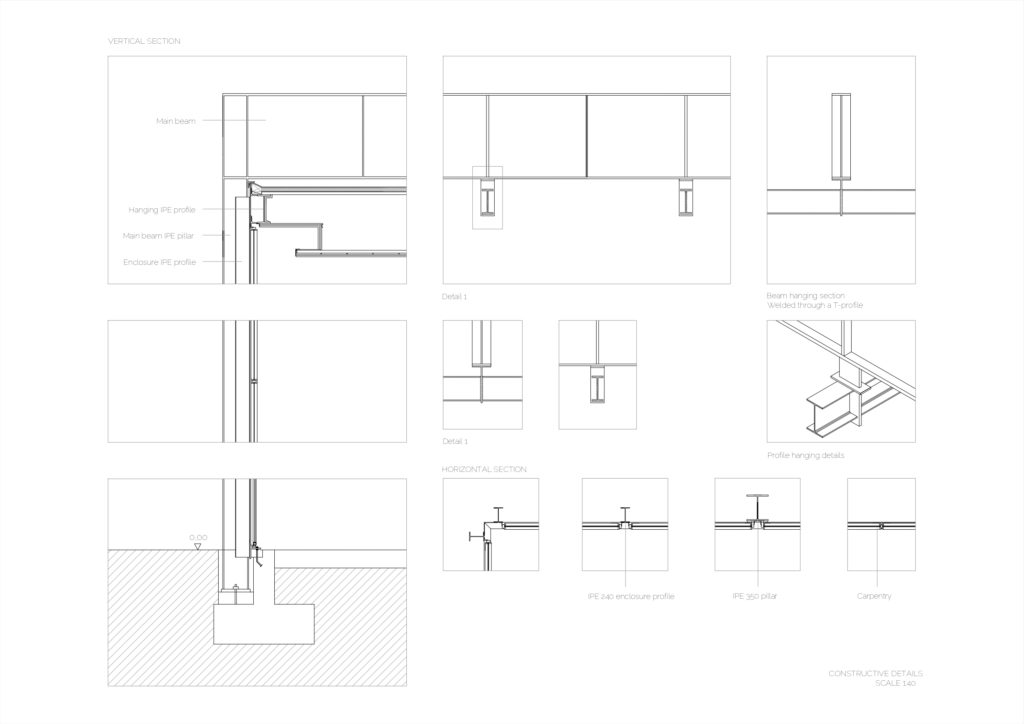