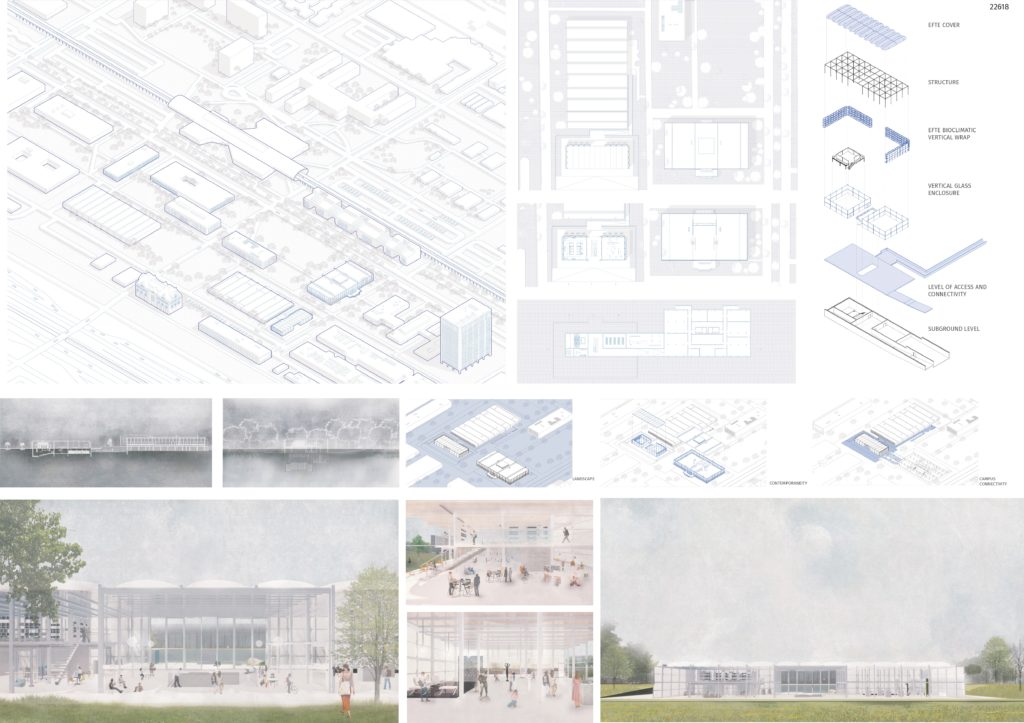 At the moment of locating the project, it’s defined that the land to be chosen must contribute to the goal of making the value of life inside the campus and at the same time, generate a bond between the architectural pieces that compose it. Based on this, site number 1 is destined, which is in front of w 34th street, limiting with the Paul Galvin library and the Crown Hall building. The proposal seeks to reinterpret in its design the most relevant qualities of modern architecture produced by Mies Van Der Rohe. We highlight the integration of a rational architecture to the landscape of the campus, the constant aim of getting the highest spatial capacity with the minimum possible structure, and last, the use of materials such as steel and cristal. The foregoing materializes in the proposal based on a luminous and translucent building that does not lose sight of the Illinois Institute of Technology, achieving at the same time, protection against the environment where is located.

In formal terms, the building is a regular prism that maintains and respects the height of the Crown hall, Van der rohe’s emblematic building, and that in relation with the contemporaneity, steel and cristal are implemented as the main materials.

The spatiality of the project is organized in two levels considering the relations of the programs with their functional requirements. In the first level are taking place the sections of investigation, reading, and a space destined for expositions. On the other hand, at the plinth level is located the auditorium and starting from this level it was decided to form a link with the Crown hall from an underground exhibition that connects directly both buildings, allowing protection in adverse weather conditions.. 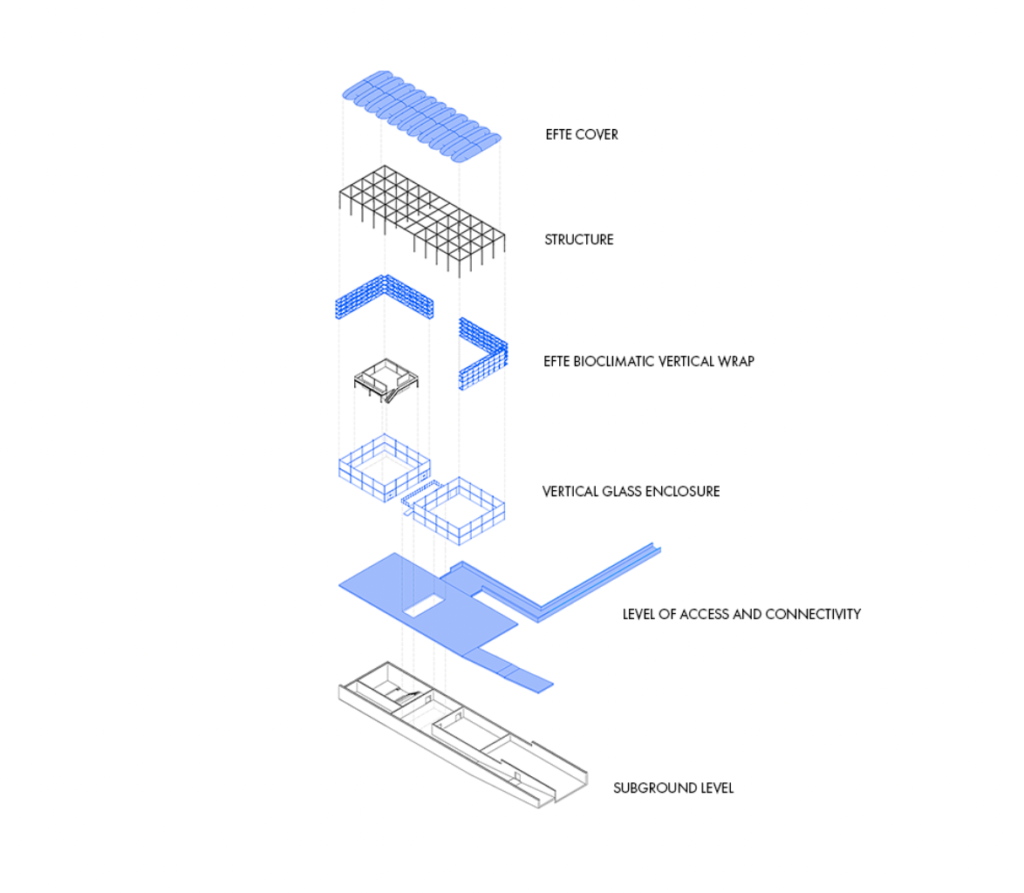 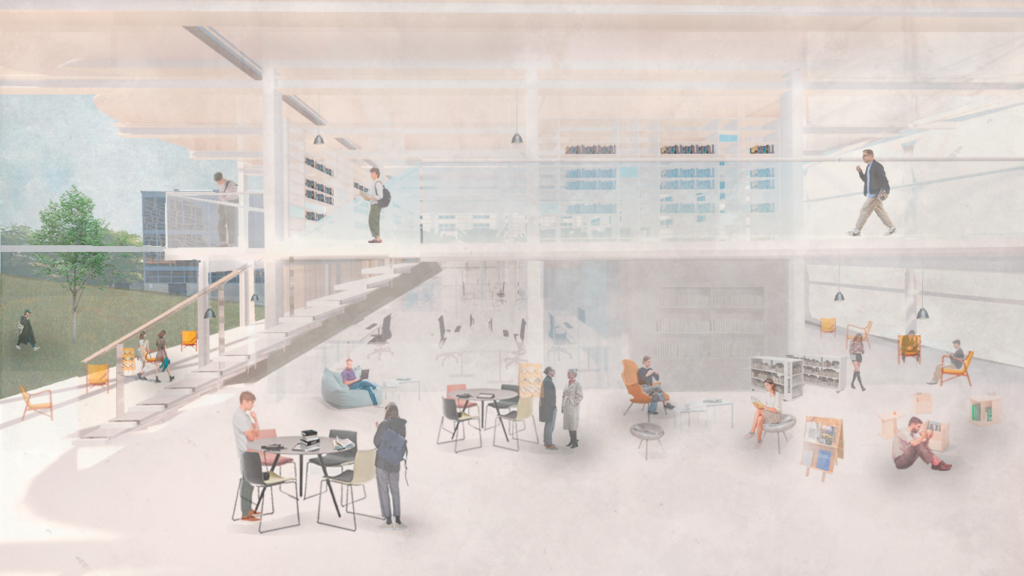 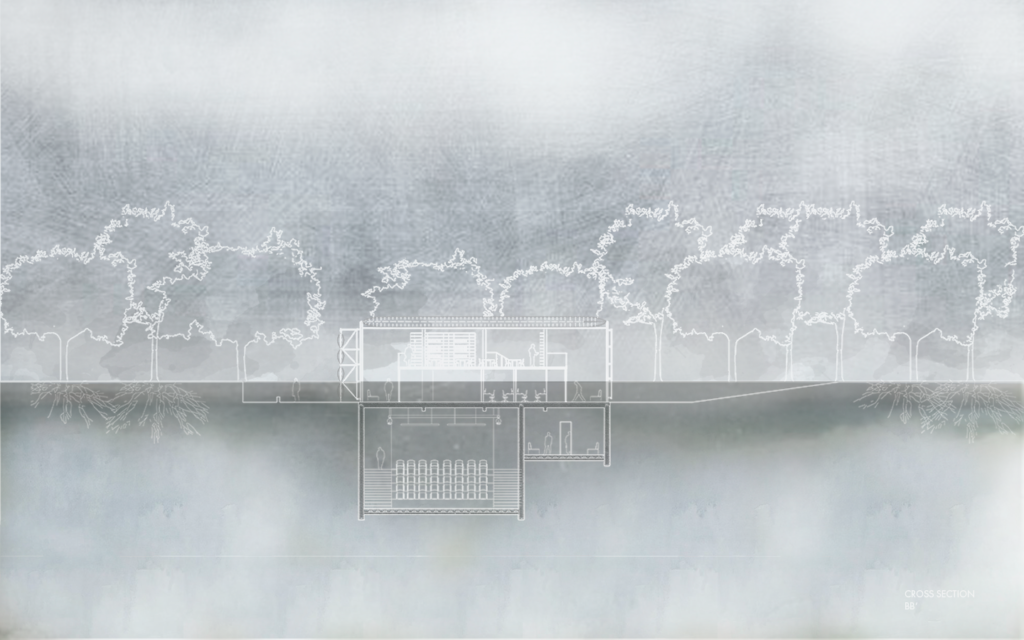 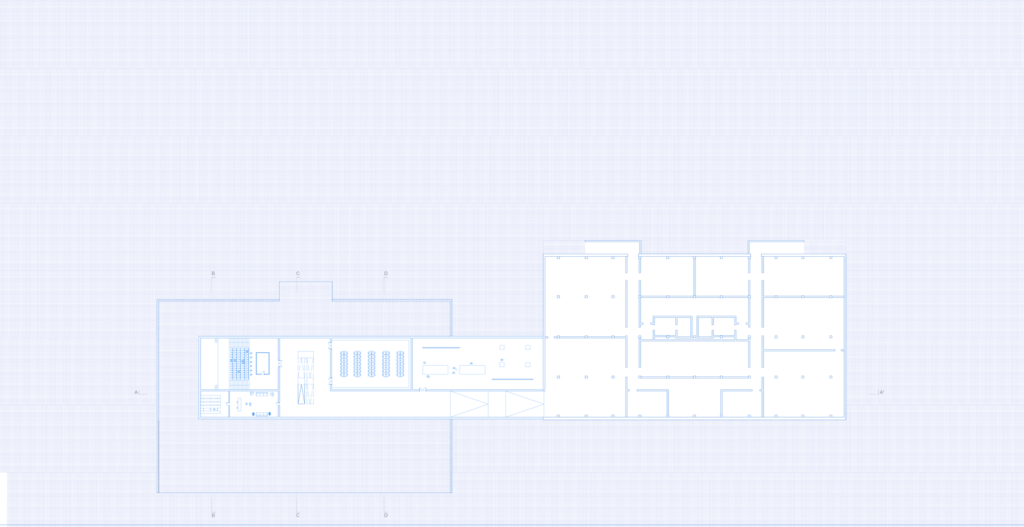 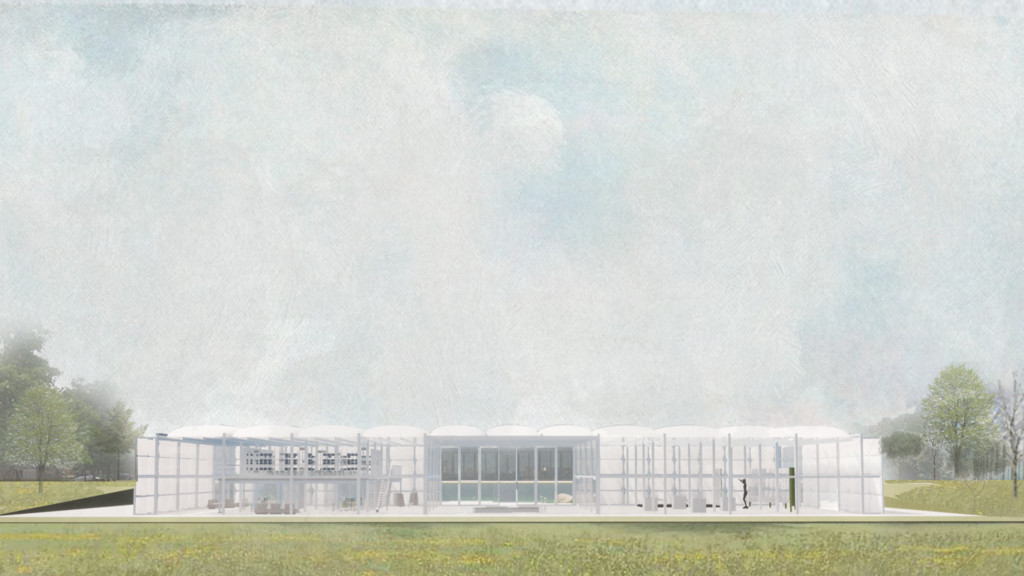 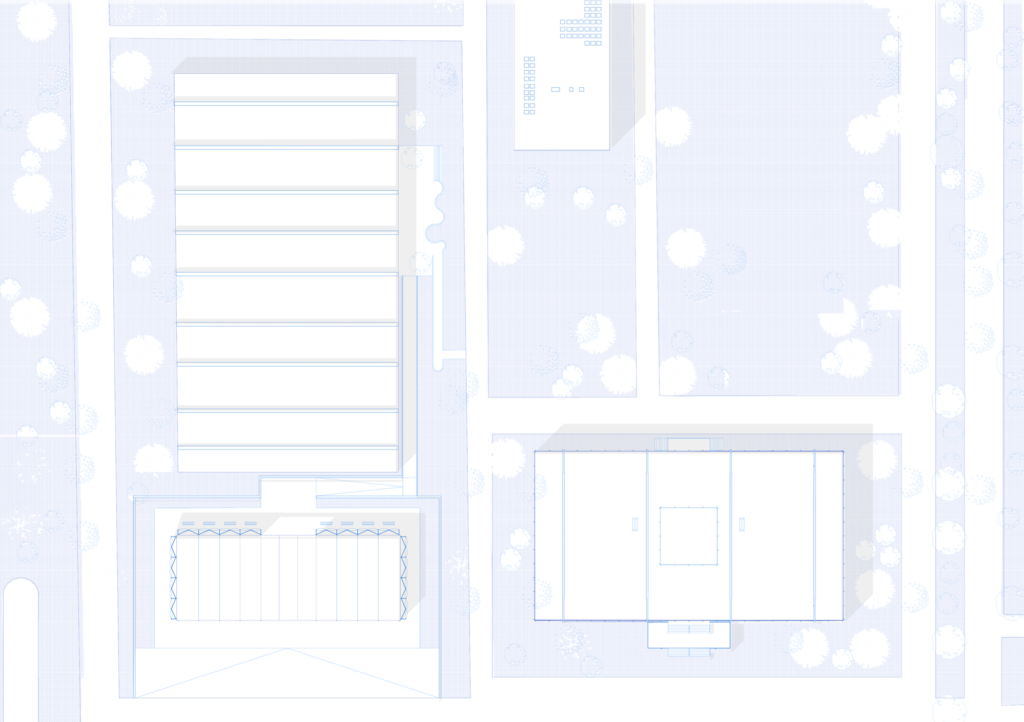 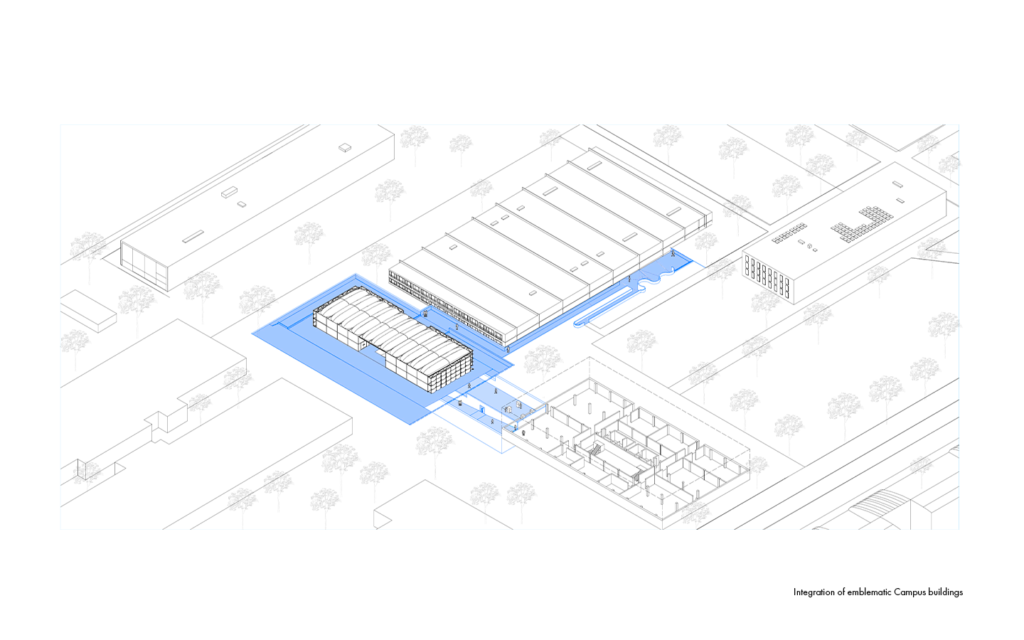 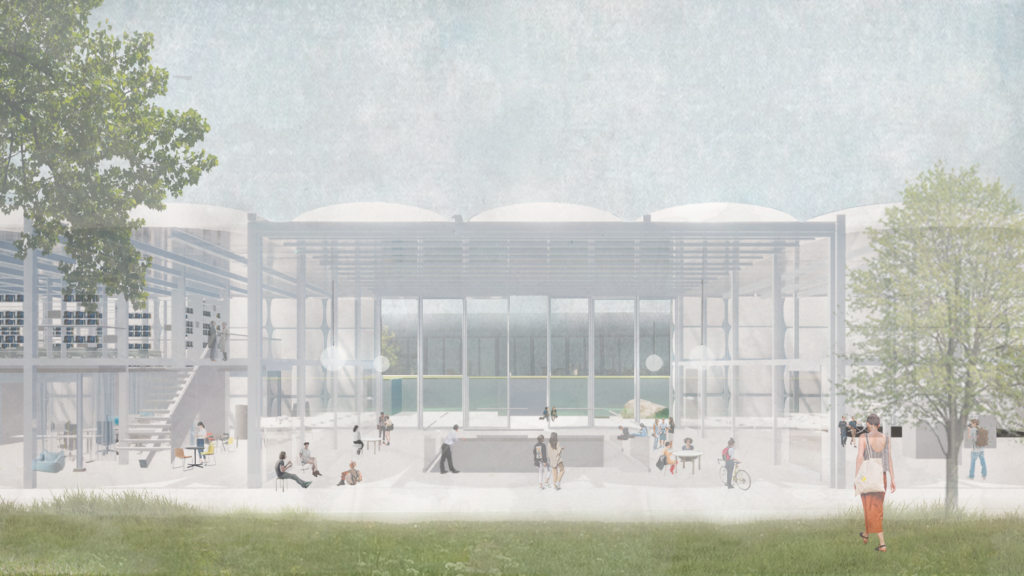 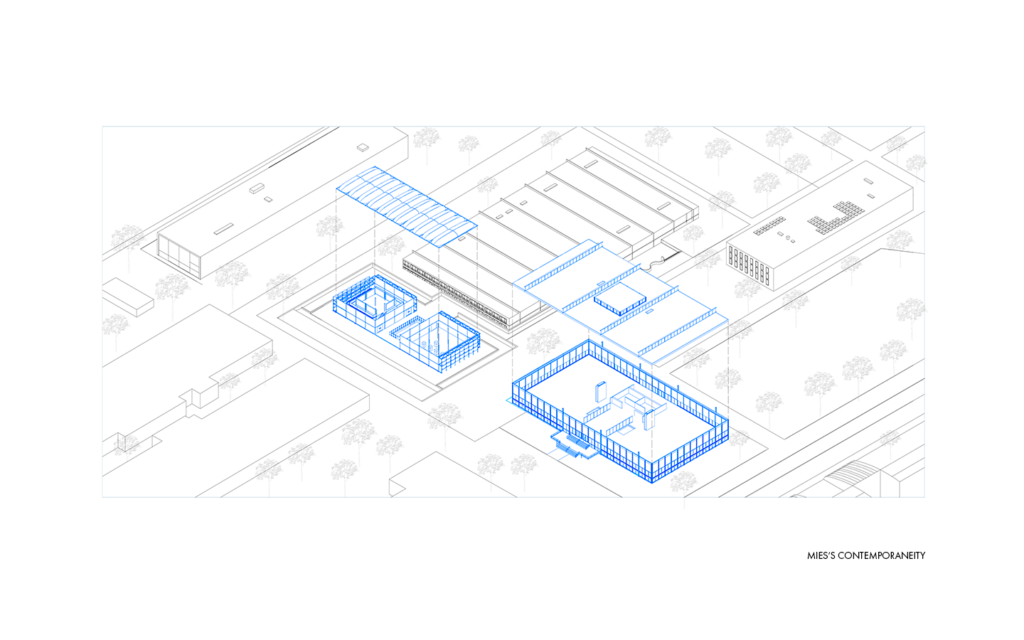 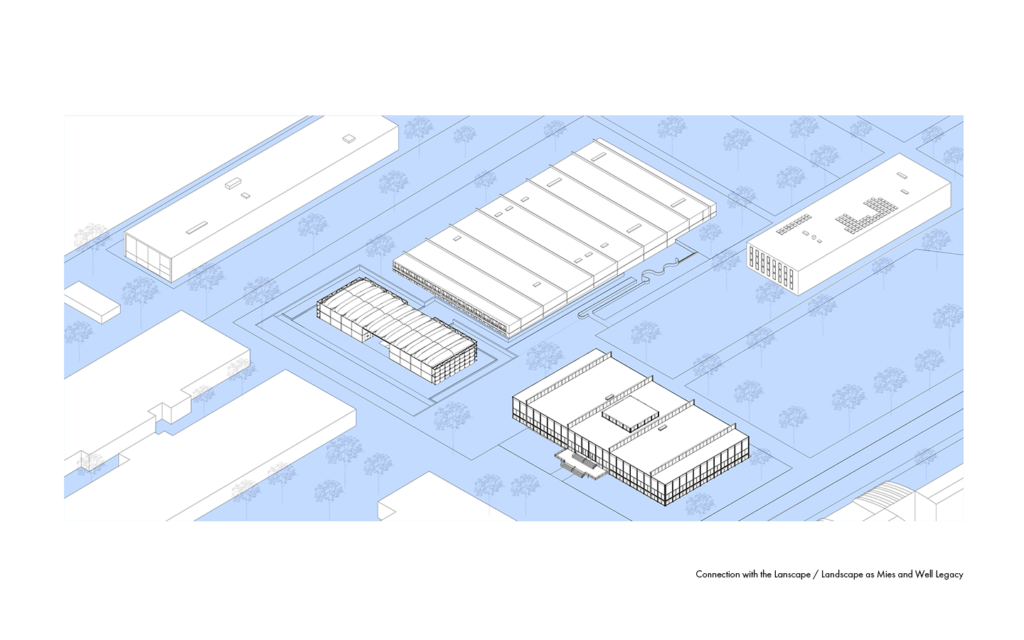 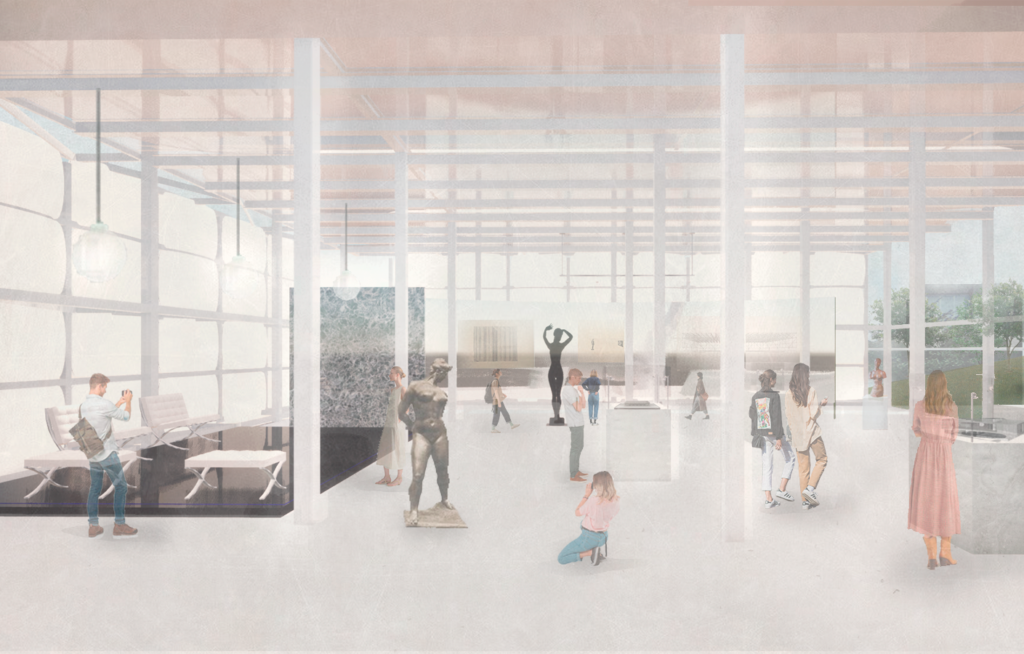 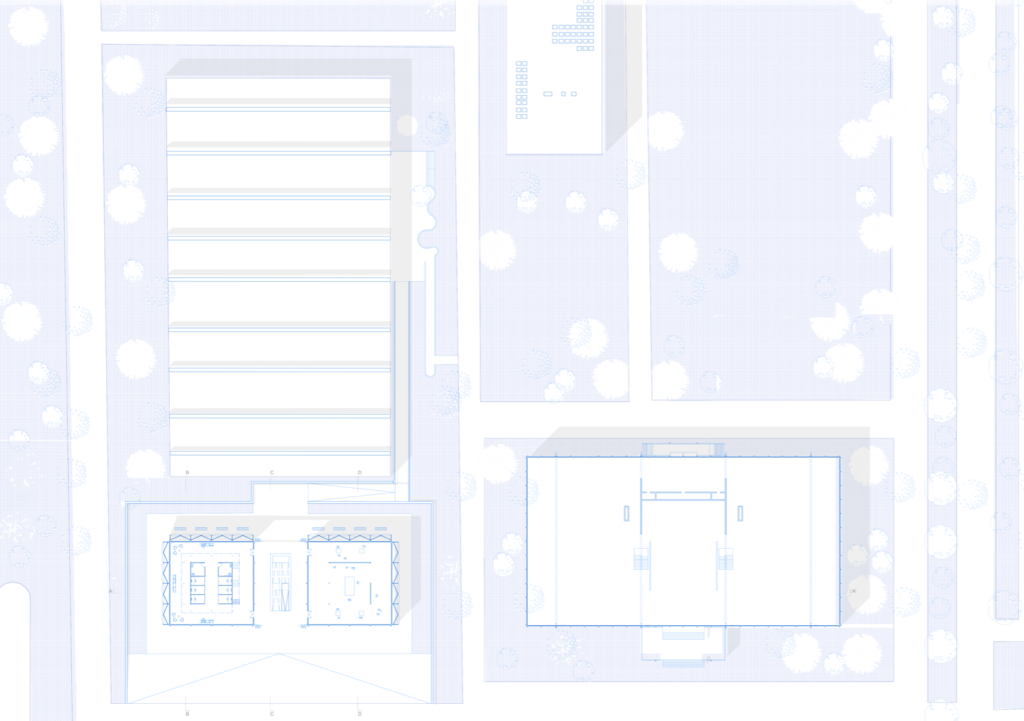 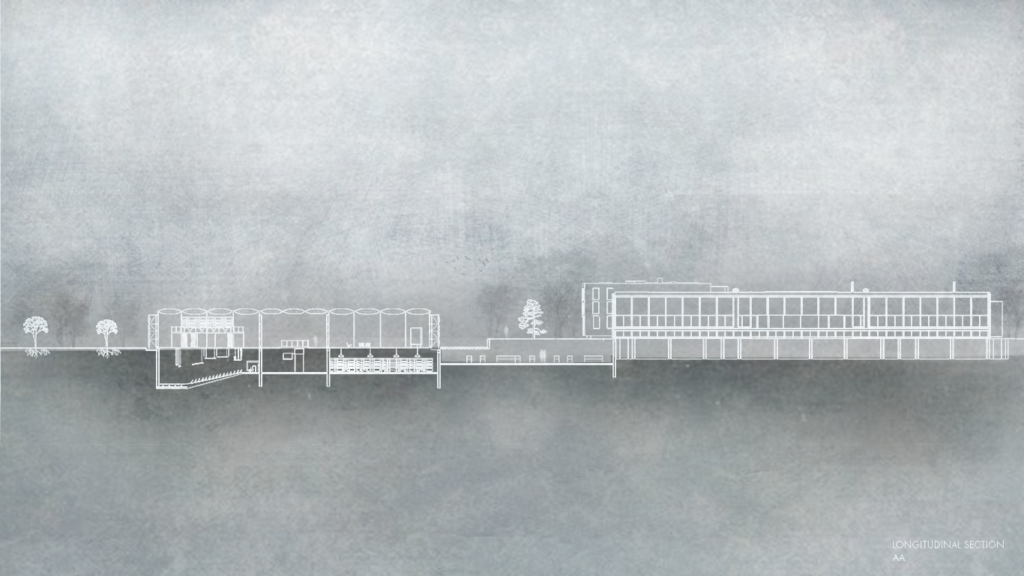 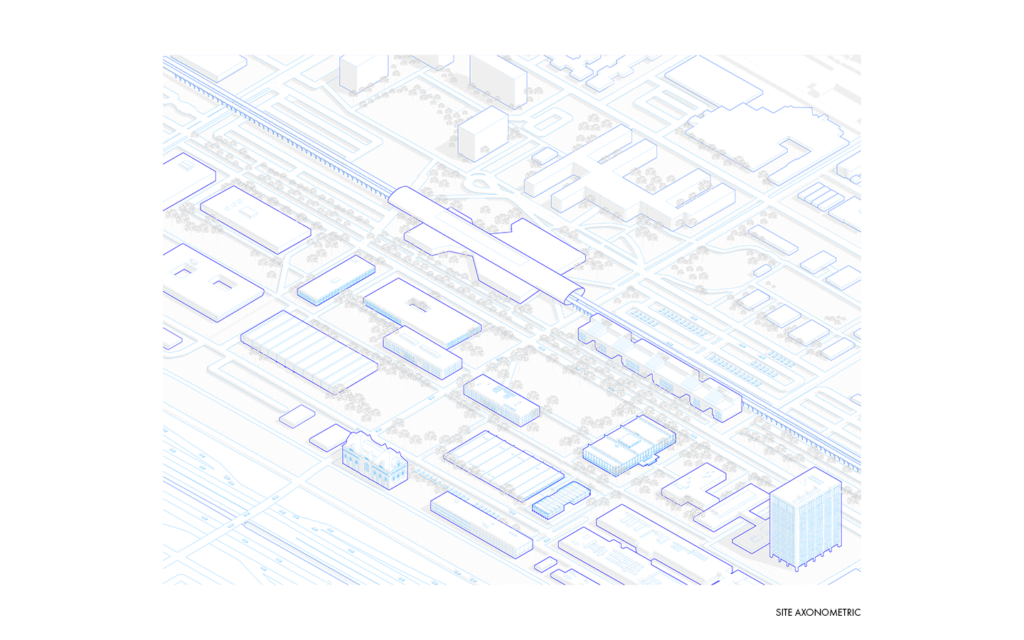