INNER CONTEMPLATION by Team 4B 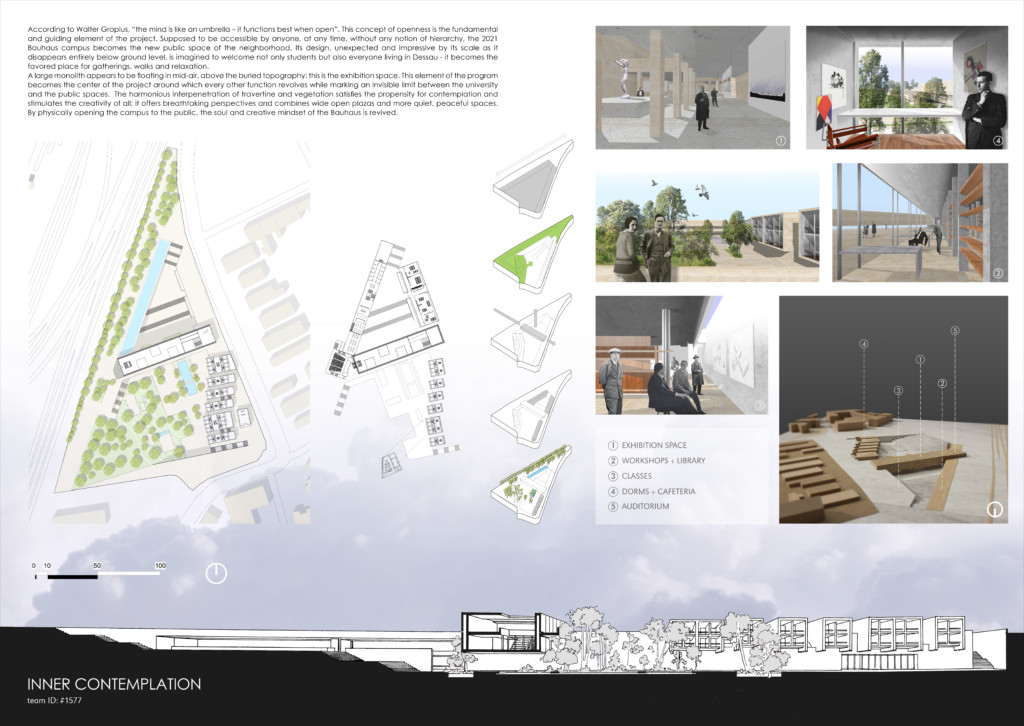 According to Walter Gropius, “the mind is like an umbrella – it functions best when open”. This concept of openness is the fundamental and guiding element of the project. Supposed to be accessible by anyone, at any time, without any notion of hierarchy, the 2021 Bauhaus campus becomes the new public space of the neighborhood. Its design, unexpected and impressive by its scale as it disappears entirely below ground level, is imagined to welcome not only students but also everyone living in Dessau – it becomes the favored place for gatherings, walks and relaxation.

A large monolith appears to be floating in mid-air, above the buried topography: this is the exhibition space. This element of the program becomes the center of the project around which every other function revolves while marking an invisible limit between the university and the public spaces.  The harmonious interpenetration of travertine and vegetation satisfies the propensity for contemplation and stimulates the creativity of all; it offers breathtaking perspectives and combines wide open plazas and more quiet, peaceful spaces. By physically opening the campus to the public, the soul and creative mindset of the Bauhaus is revived. 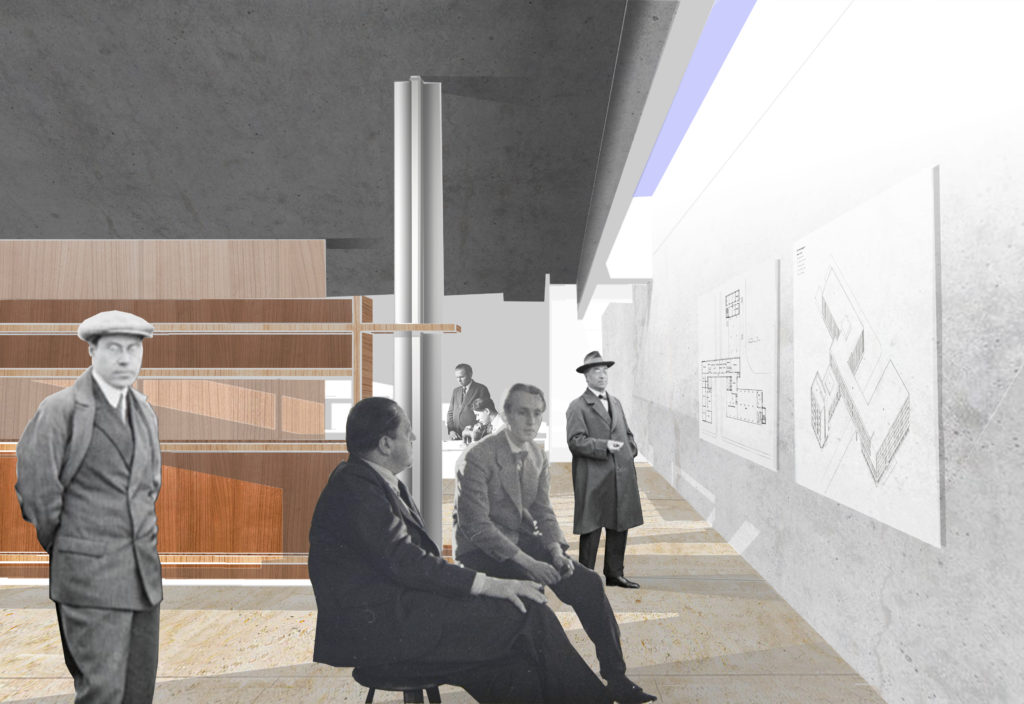 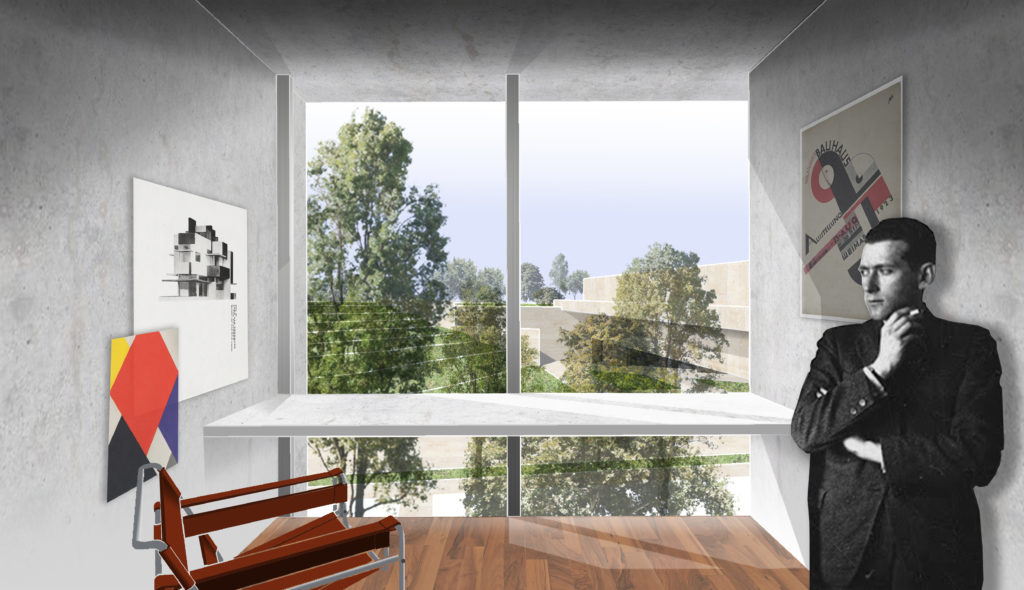 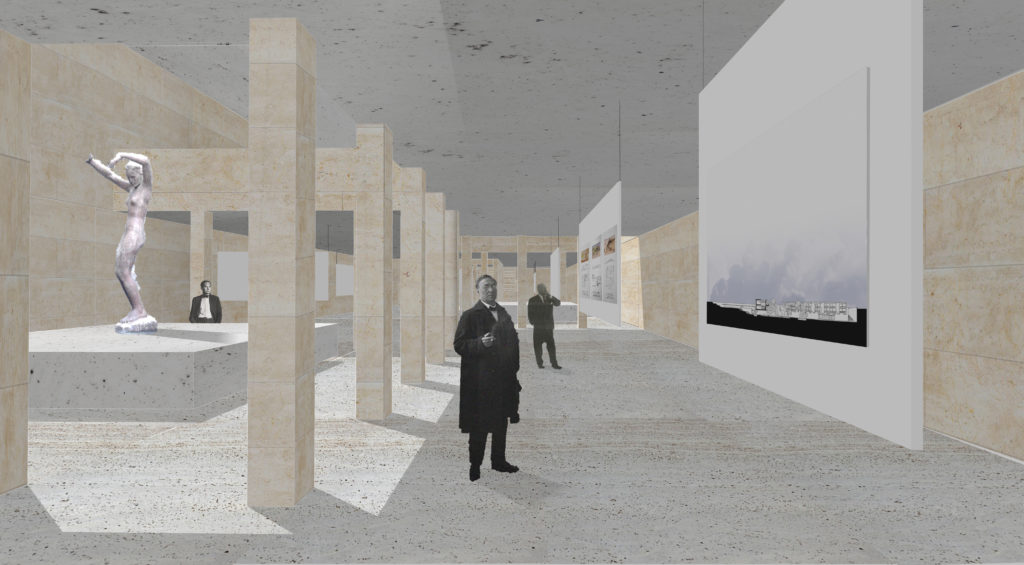 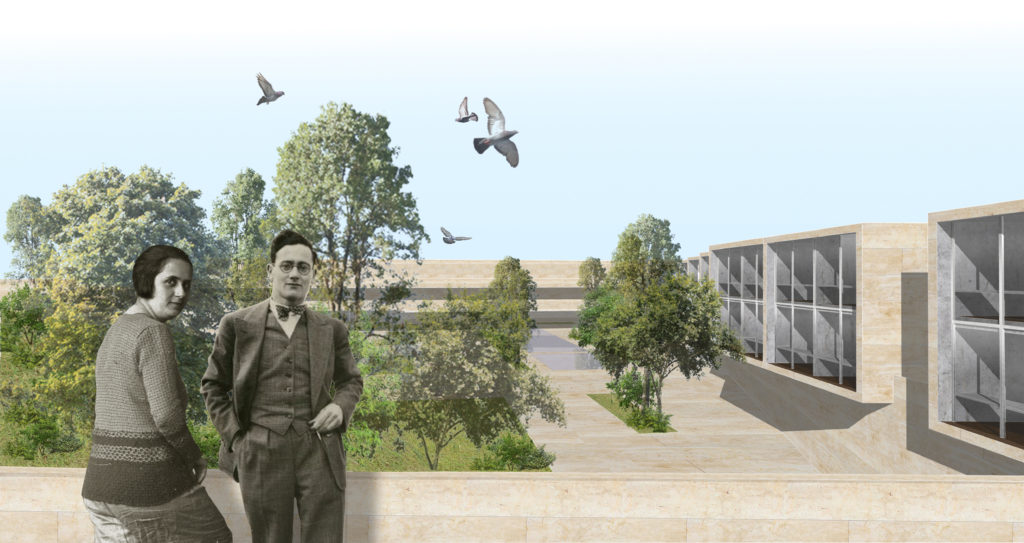 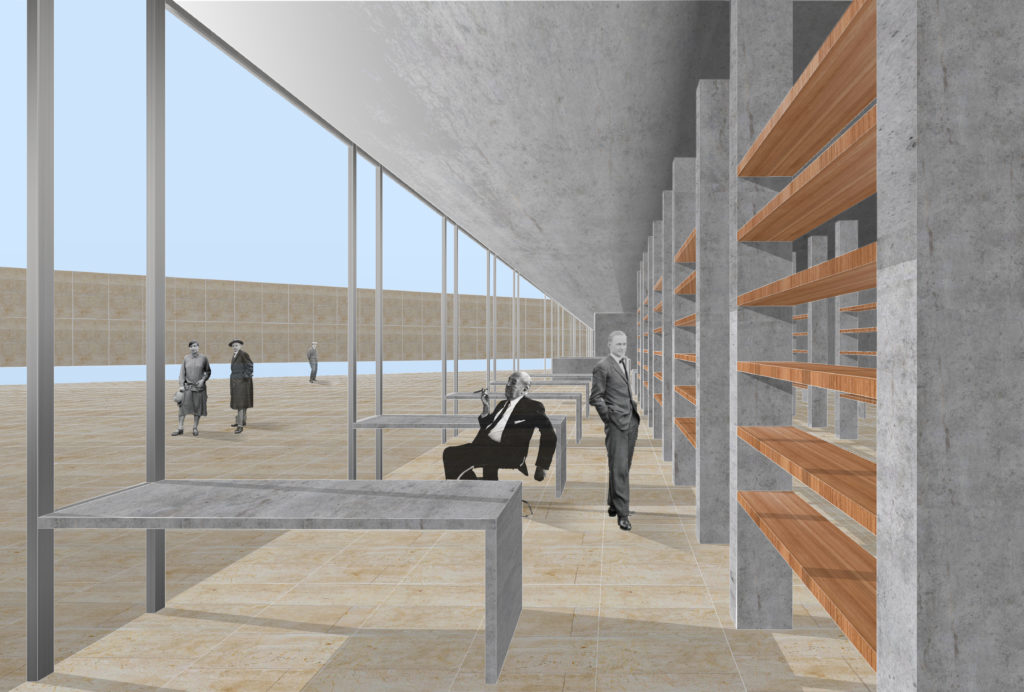 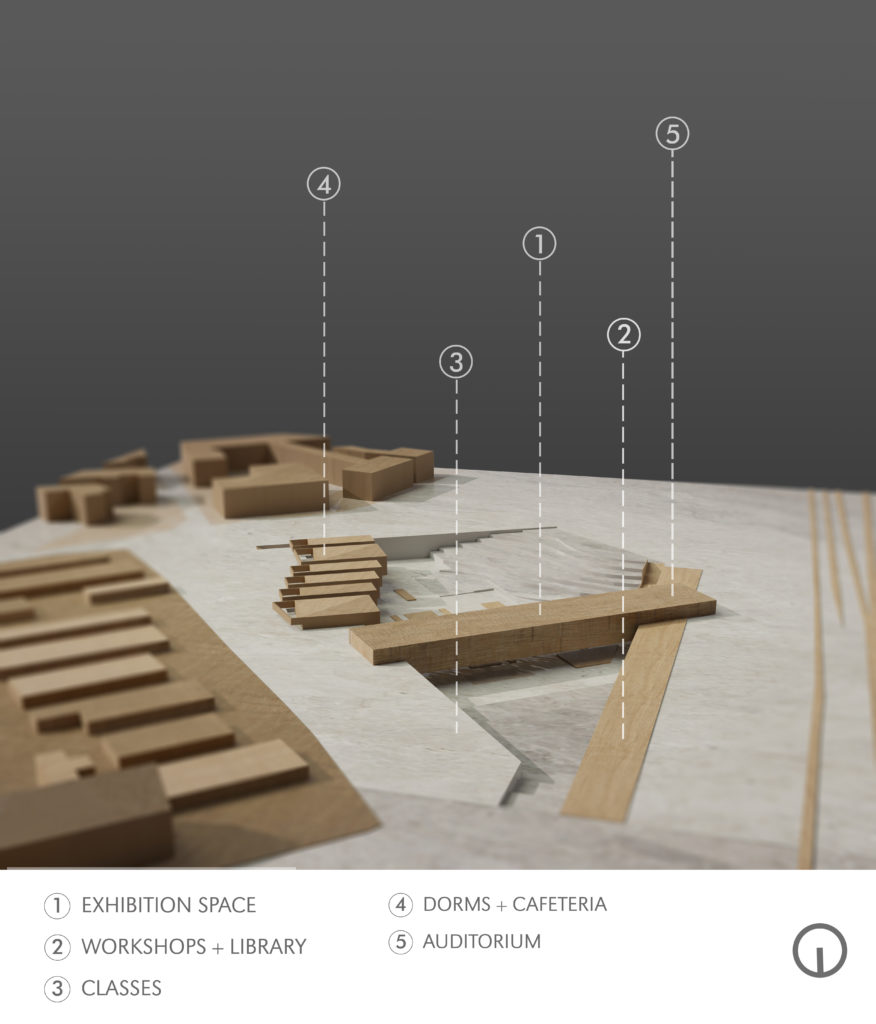 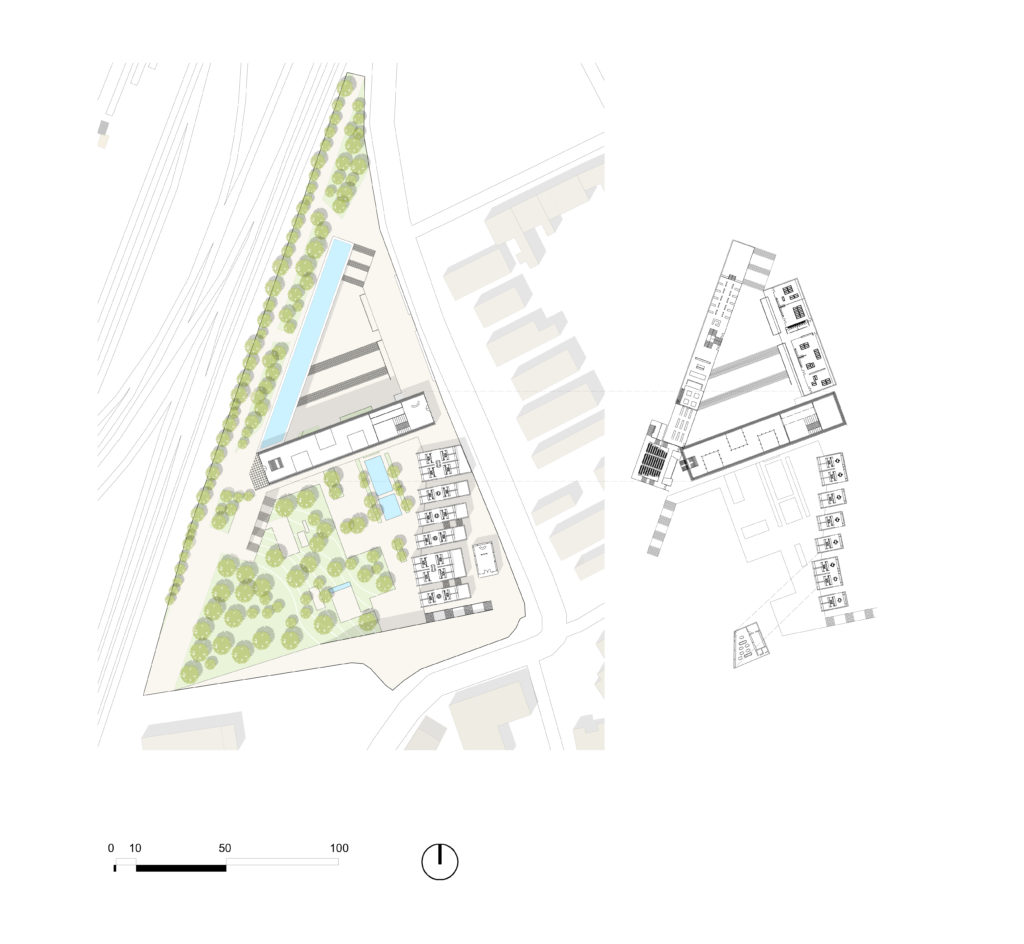