alpha | “the beginning” by asv.a 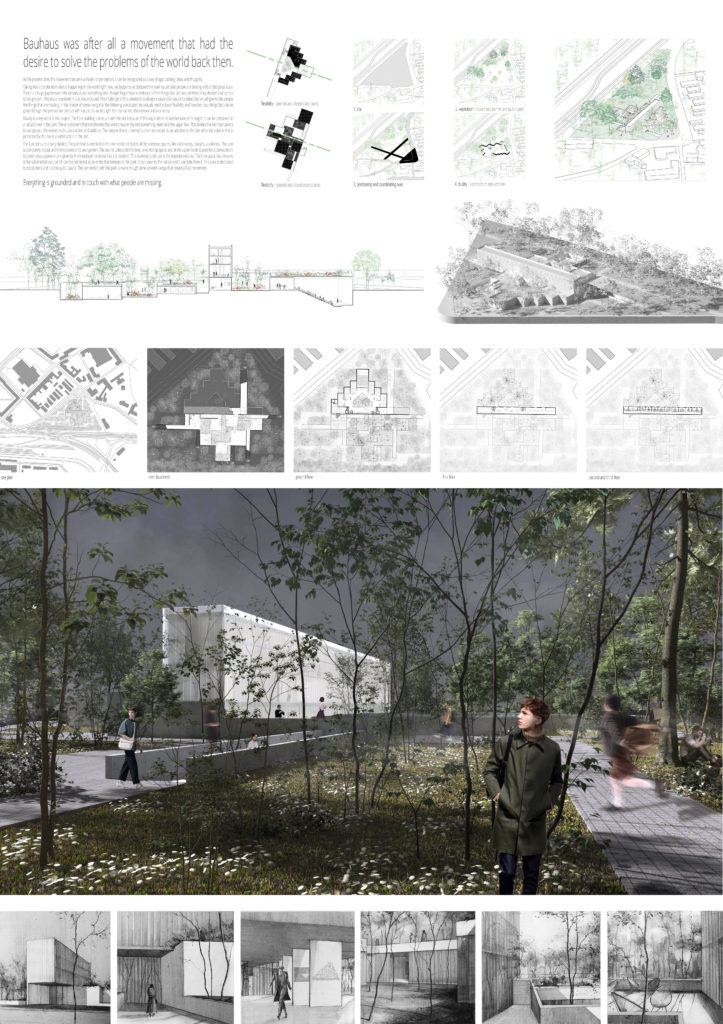 Bauhaus was after all a movement that had the desire to solve the problems of the world back then.

At the present time, this movement became a matter of perception, it can be recognized as a way of approaching ideas and thoughts.

Taking into consideration what is happening in the world right now, we began to understand the main issues that people are dealing with at this great scale. There is a huge gap between the individual and everything else. People forgot how to embrace all the things that are around them, they divided and started to be ignorant. This issue is present in our lives included. The challenge of this contest is to design a space that would be ideal, that would give to the people the things that are missing. In this matter of sense, we got to the following conclusion: individuals need to have flexibility and freedom, two things that can be given through the permanent contact with nature. So we brought the interior into the exterior and vice-versa.

Duality is a key word in this project. The whole building is in touch with the site because of the way it sits on it and because of its height. It can be percieved as a natural dent in the park. The only element that transformes this amorphous entity into something material is the upper box. This divides the two main points in our project. We worked with substraction and addition. The volume that is oriented to the intersection is an addition to the site while the volume that is protected by the box is a substraction in the site.

The functions are clearly divided. The part that is oriented to the intersection includes all the common spaces, like classrooms, lounges, a cafeteria. This part is completely closed, and it only opens to its own garden. The box includes at its first level a workshop space, and at the upper levels spaces for accomodation. Its continuous appearance is given by the translucent material that its facade is made of. This material continues in the expositional area. This polycarbonate shell covers an independent metal structure. The whole space that remains is the substracted part, which can be percieved as an entity that belongs to the park. It can open to the nature and it can hide from it. This area is dedicated to expositions and it is the public space. The connection with the park is made through some smooth ramps that create a fluid movement.

Everything is grounded and in touch with what people are missing. 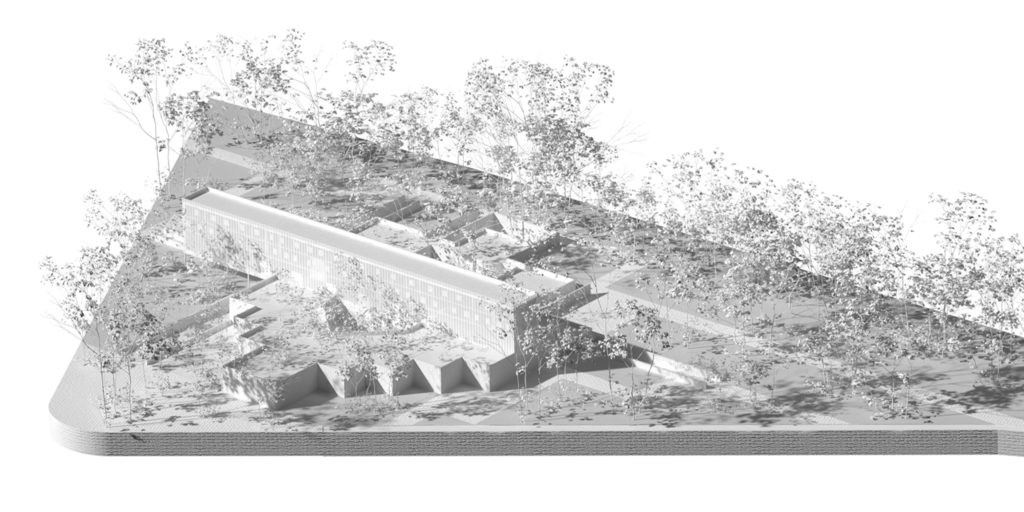 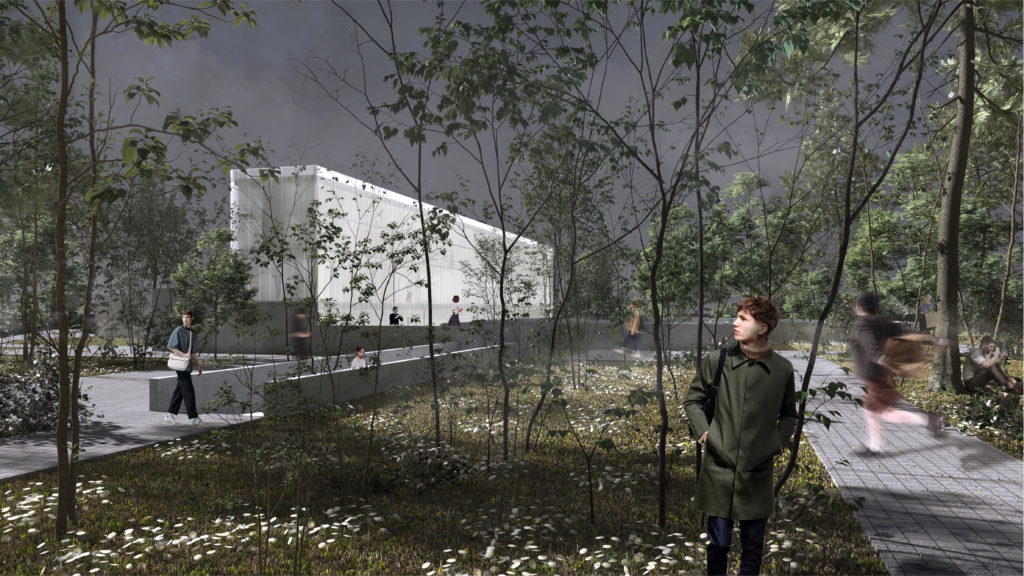