This project was selected as a Finalist by the jury of the Bauhaus Campus 2021 competition. Registration ID #4424 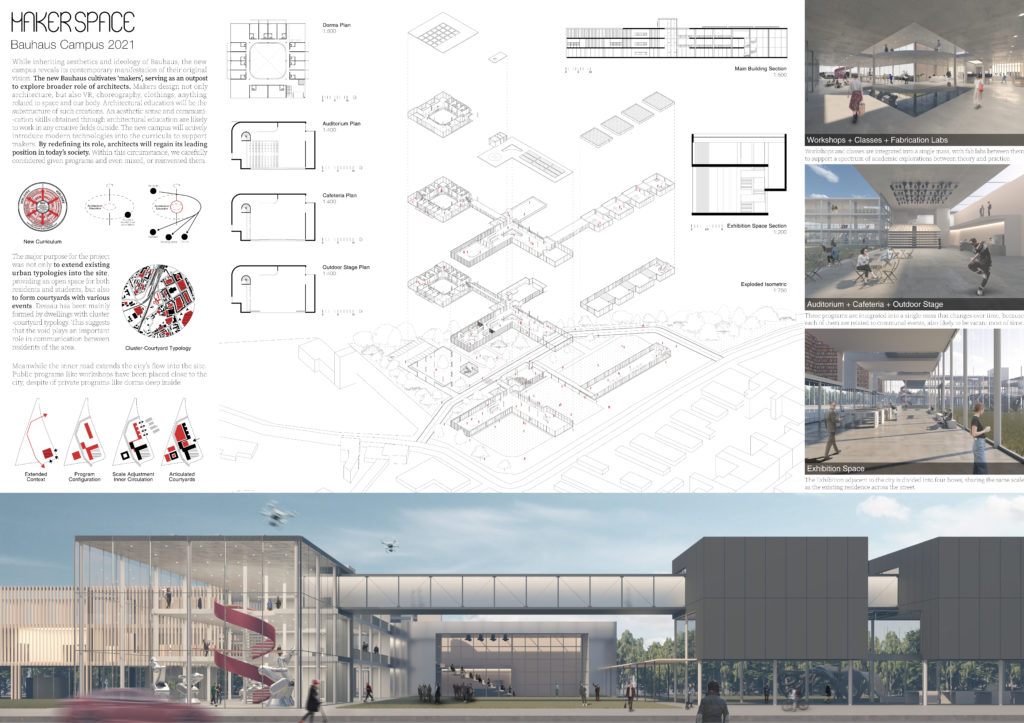 While inheriting aesthetics and ideology of Bauhaus, the new campus reveals its contemporary manifestation of their original vision. The new Bauhaus cultivates ‘makers’, serving as an outpost to explore broader role of architects. Makers design not only architecture, but also VR, choreography, clothings, anything related to space and our body. Architectural education will be the substructure of such creations. An aesthetic sense and communication skills obtained through architectural education are likely to work in any creative fields outside. The new campus will actively introduce modern technologies into the curricula to support makers. By redefining its role, architects will regain its leading position in today’s society. Within this circumstance, we carefully considered given programs and even mixed, or reinvented them.

The major purpose for the project was not only to extend existing urban typologies into the site, providing an open space for both residents and students, but also to form courtyards with various events. Dessau has been mainly formed by dwellings with cluster-courtyard typology. This suggests that the void plays an important role in communication between residents of the area. Meanwhile the inner road extends the city’s flow into the site. Public programs like workshops have been placed close to the city, despite of private programs like dorms deep inside.

Workshops and classes are integrated into a single mass, with fab labs between them to support a spectrum of academic explorations between theory and practice.

Three programs are integrated into a single mass that changes over time, because each of them are related to communal events, also likely to be vacant most of time.

The Exhibition adjacent to the city is divided into four boxes, sharing the same scale as the existing residence across the street. 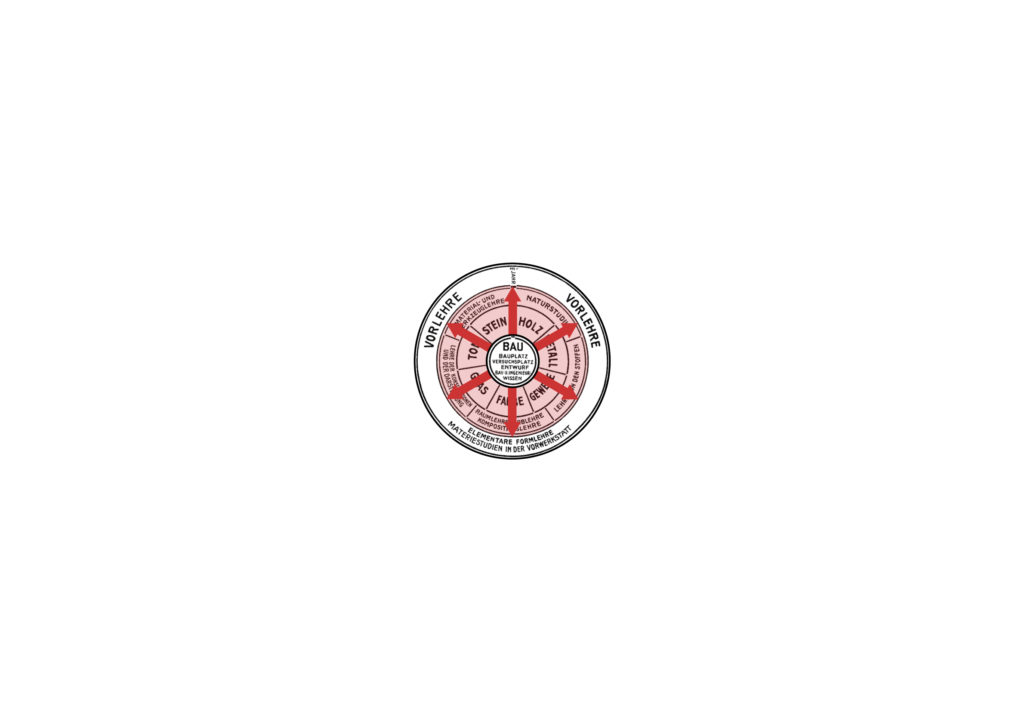 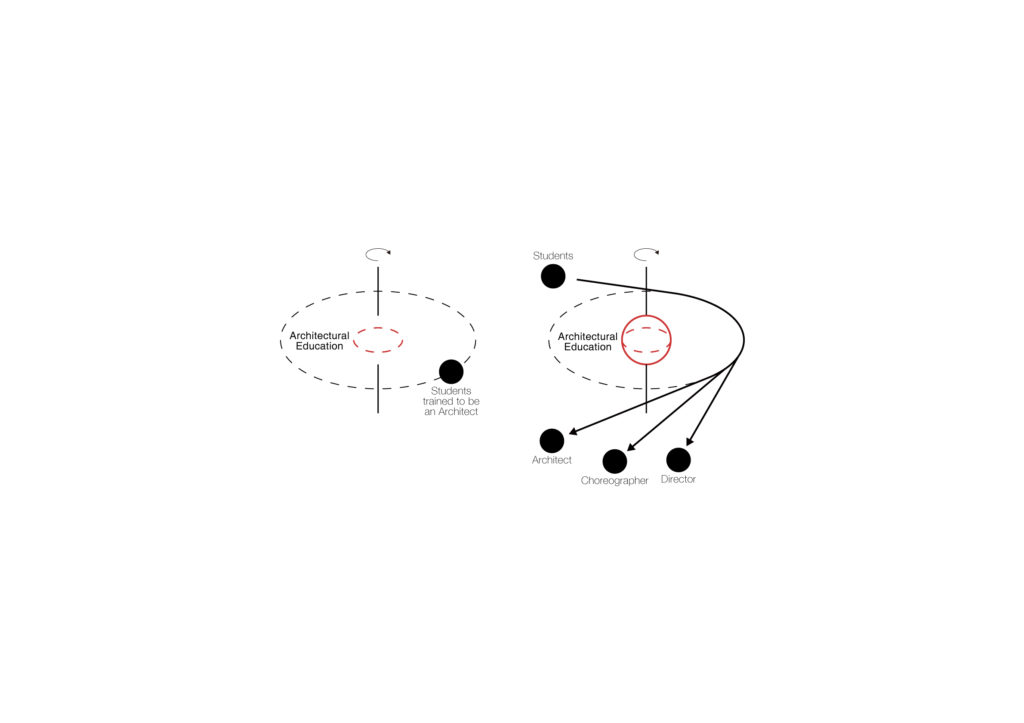 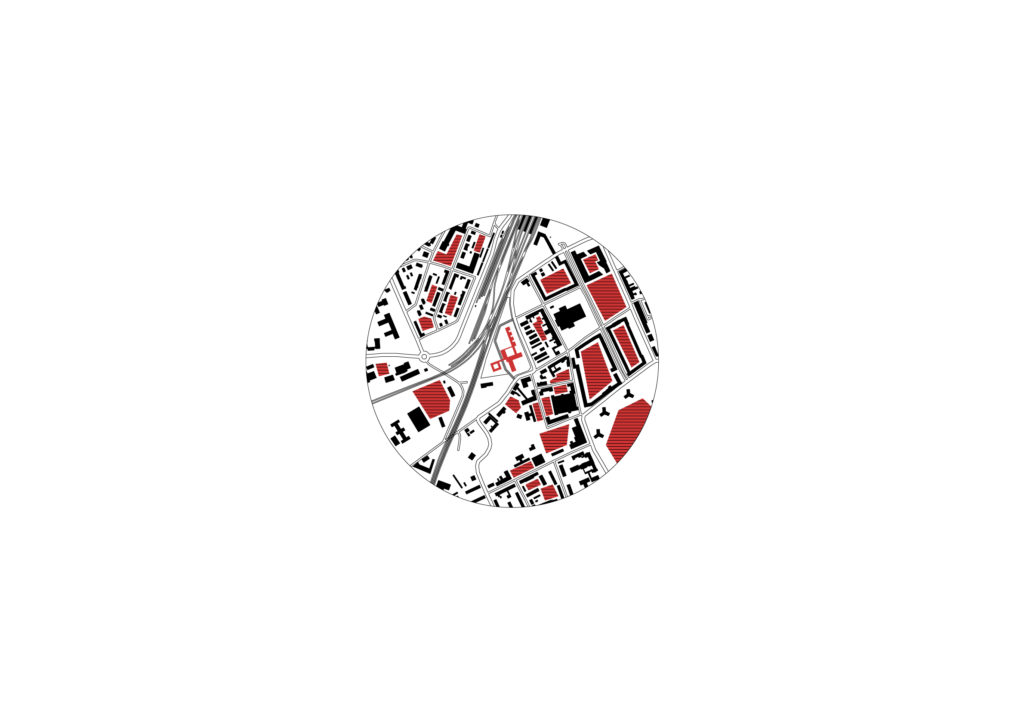 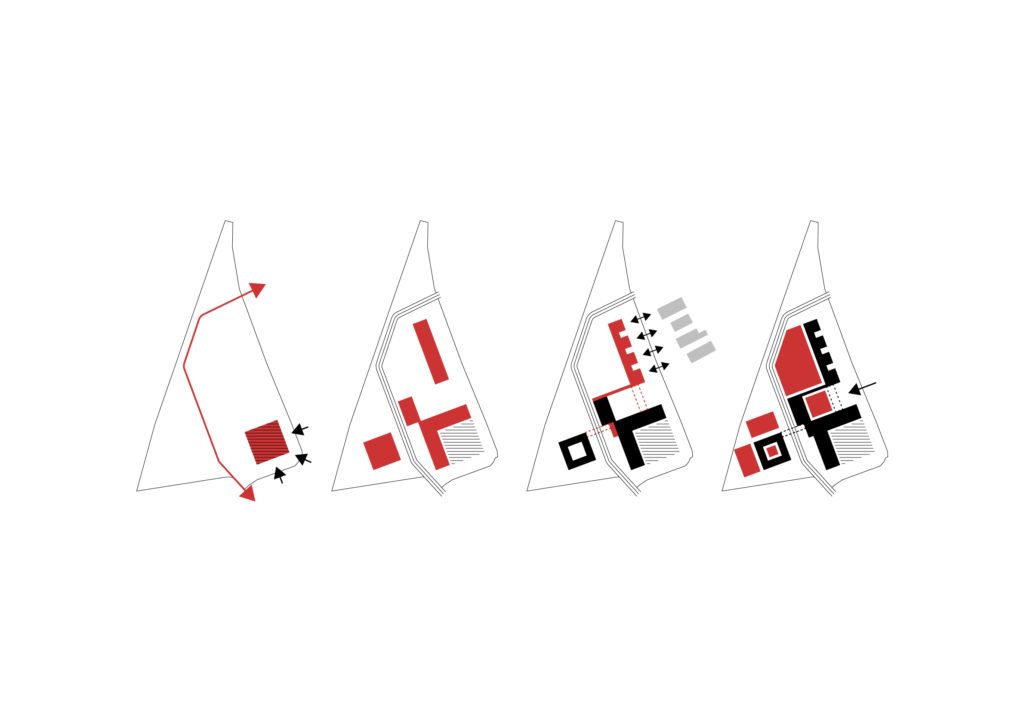 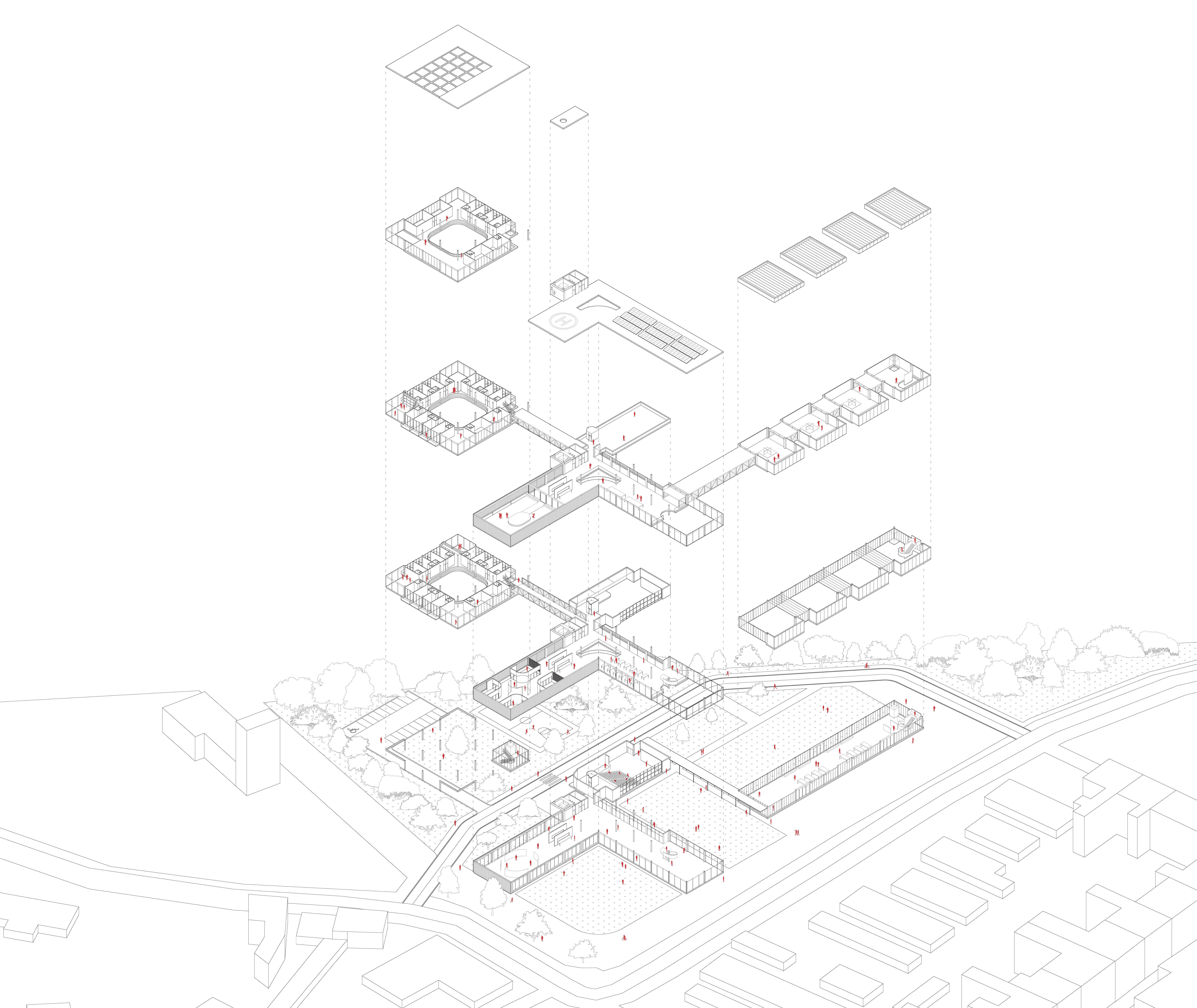 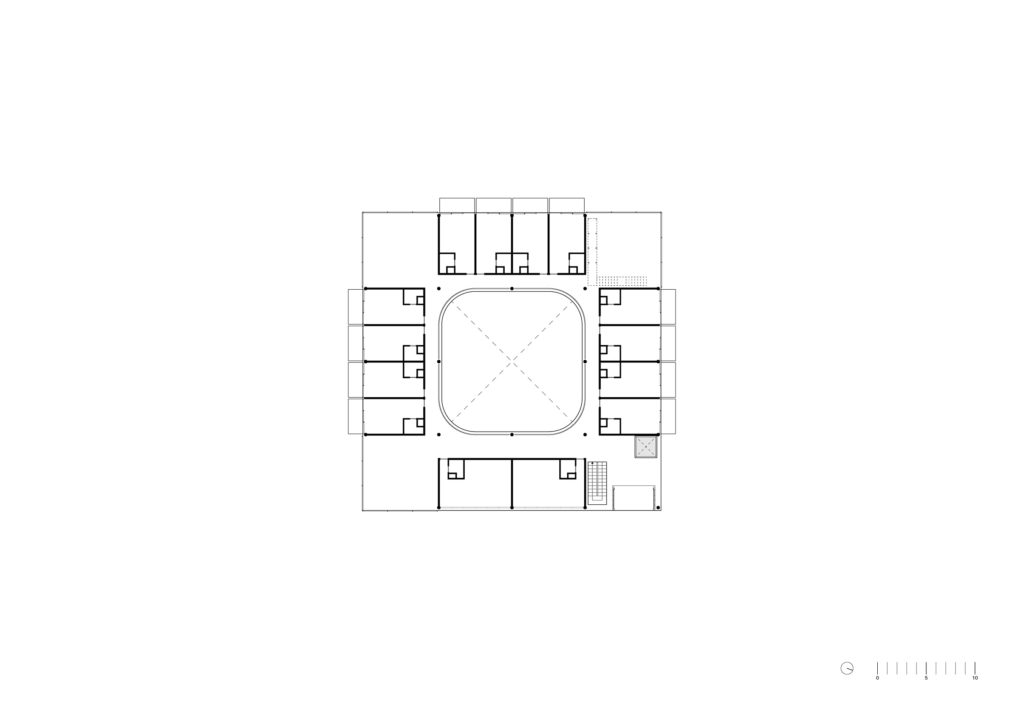 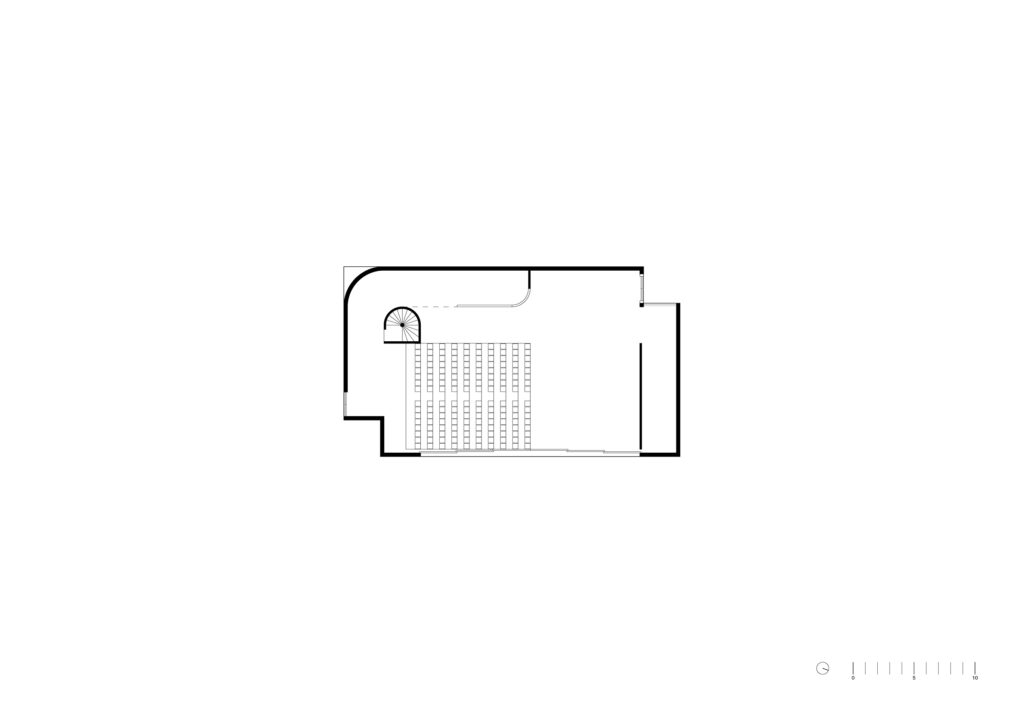 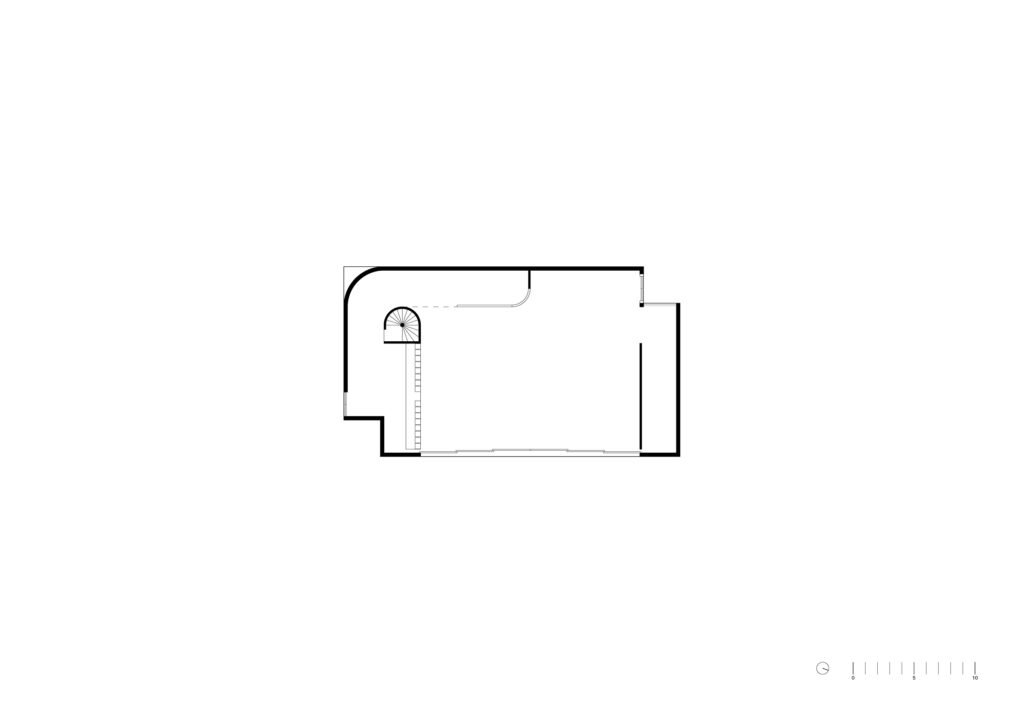 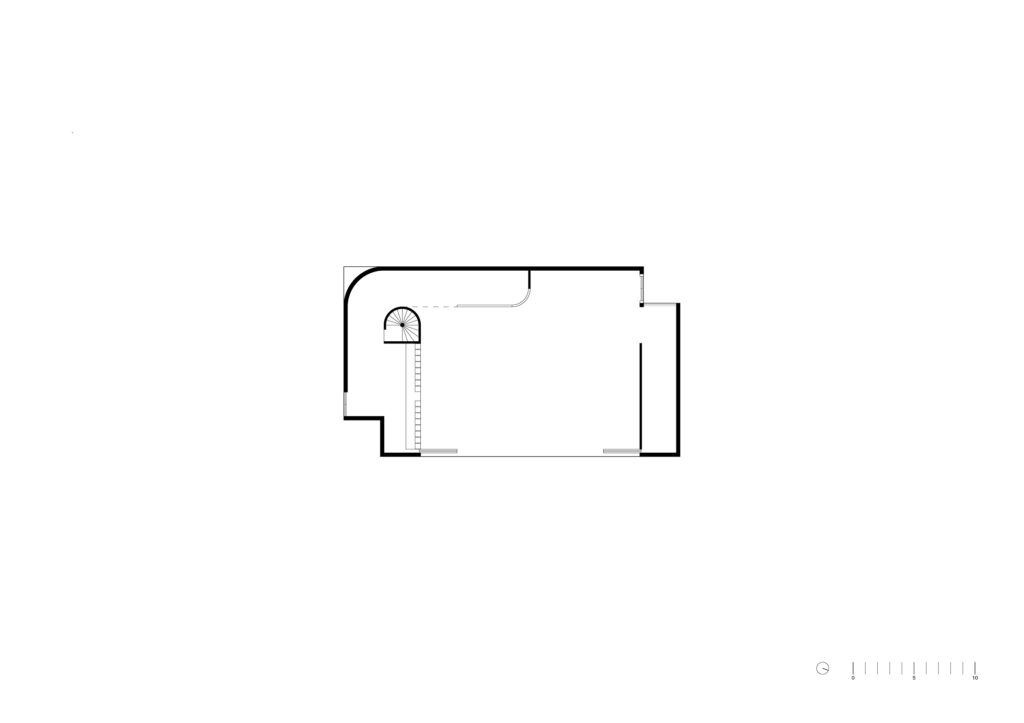 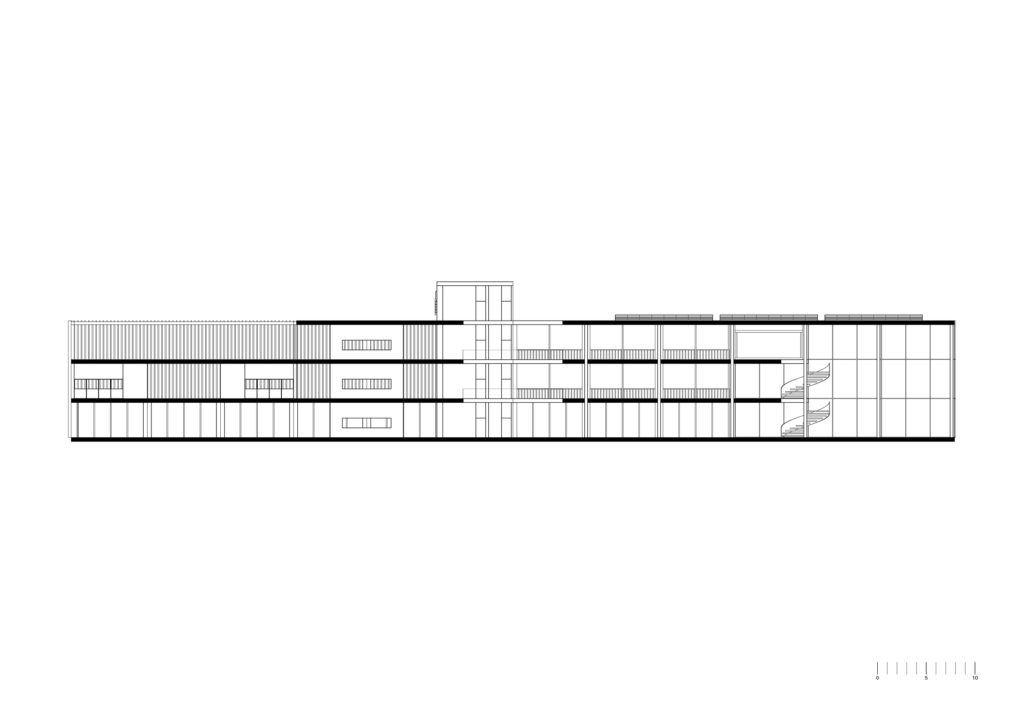 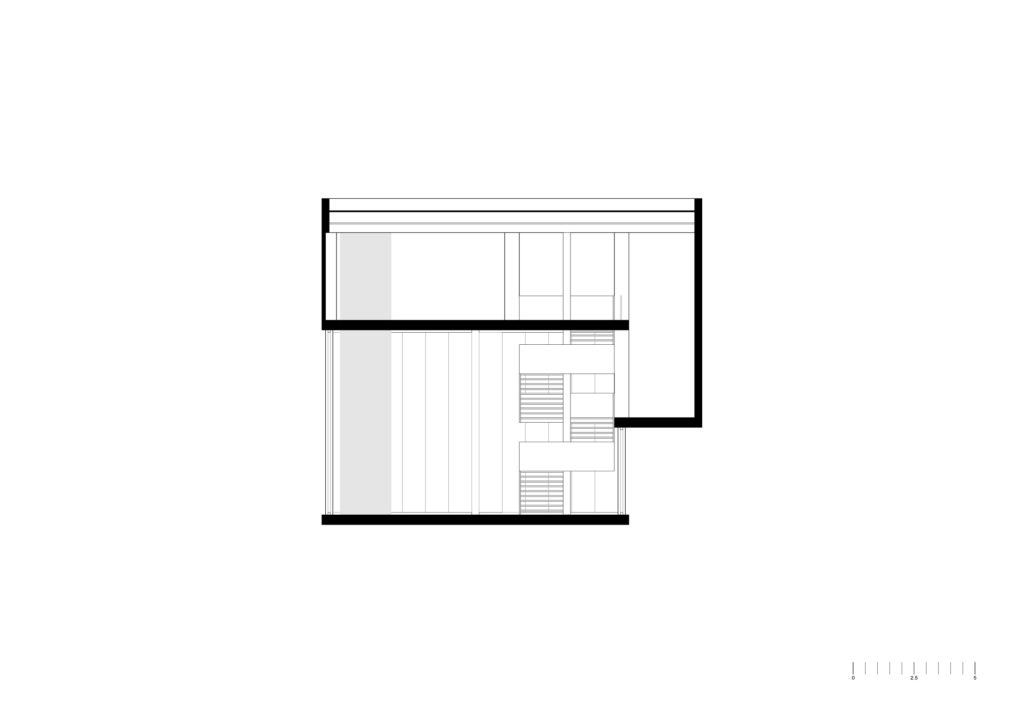 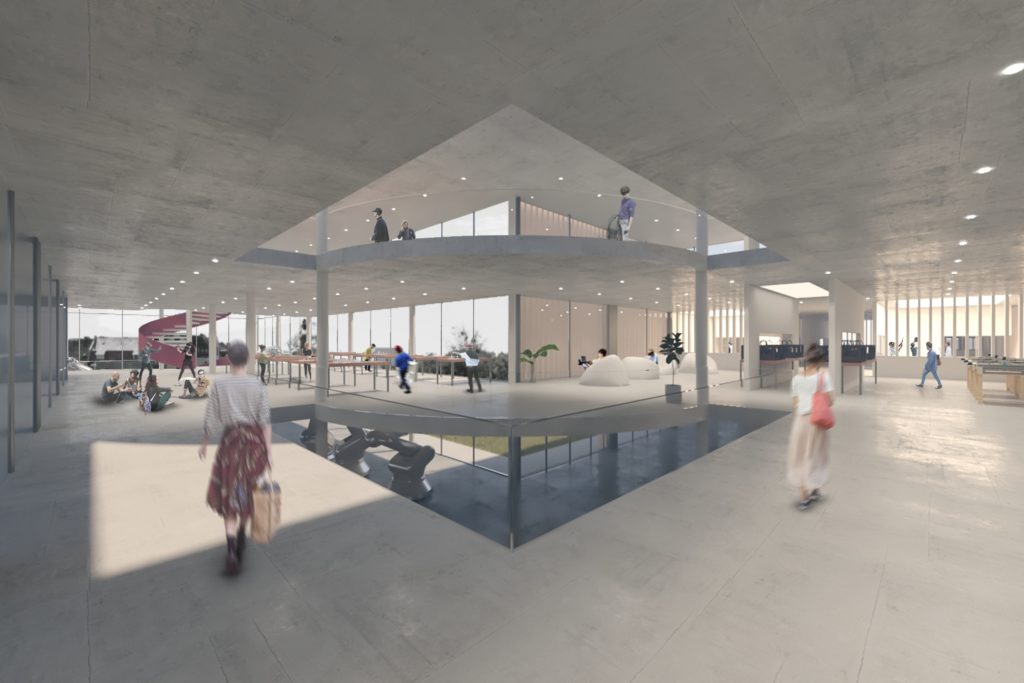 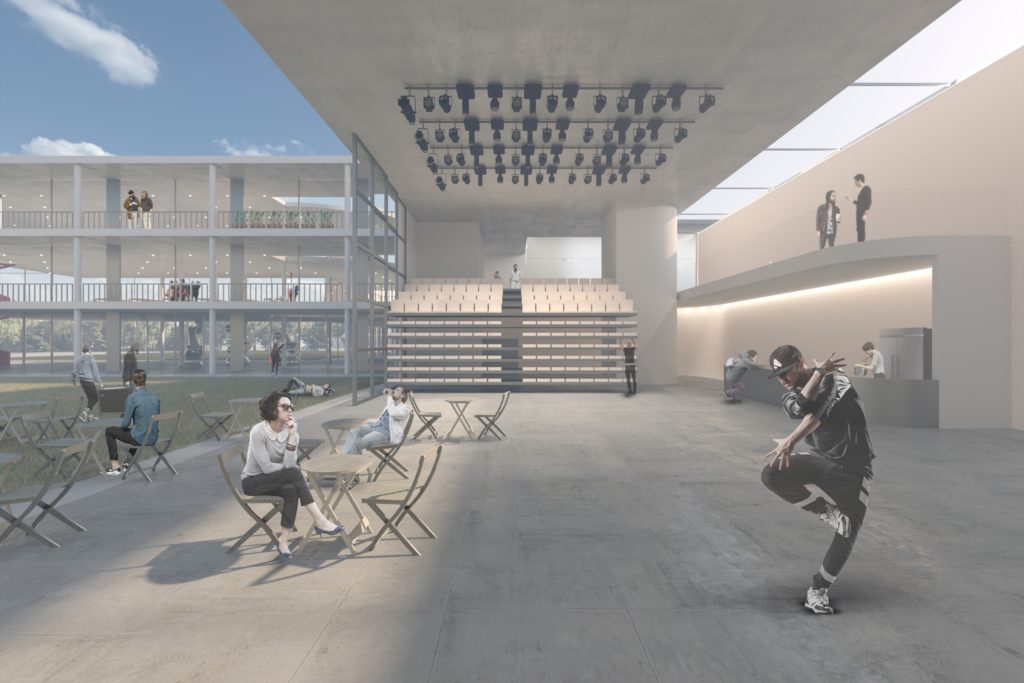 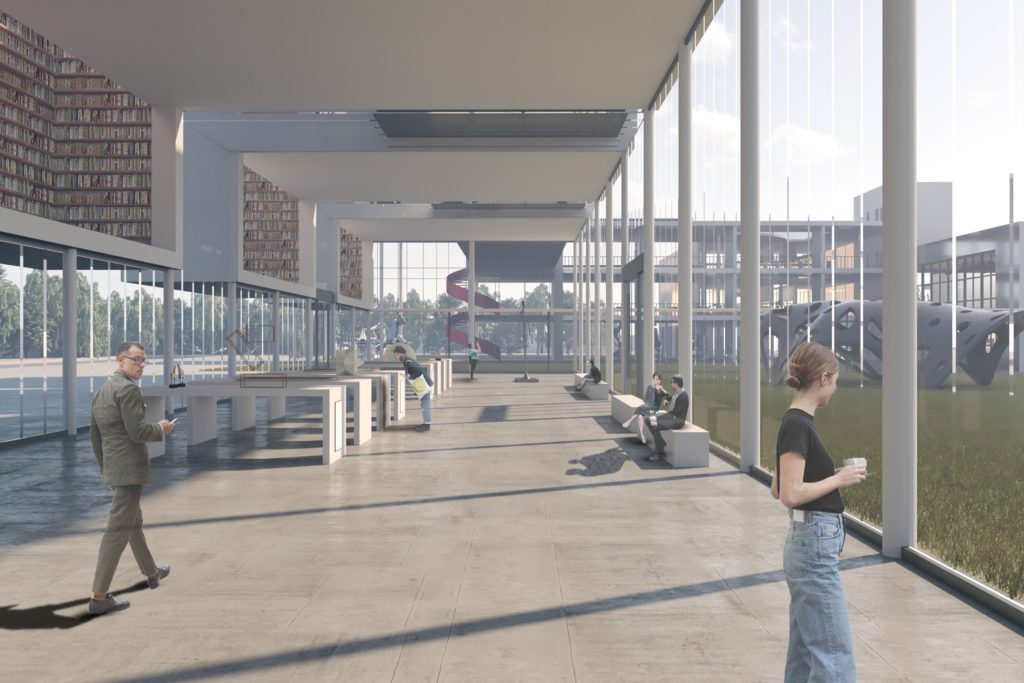