This project was selected as a Finalist by the jury of the Bauhaus Campus 2021 competition. Registration ID #3029 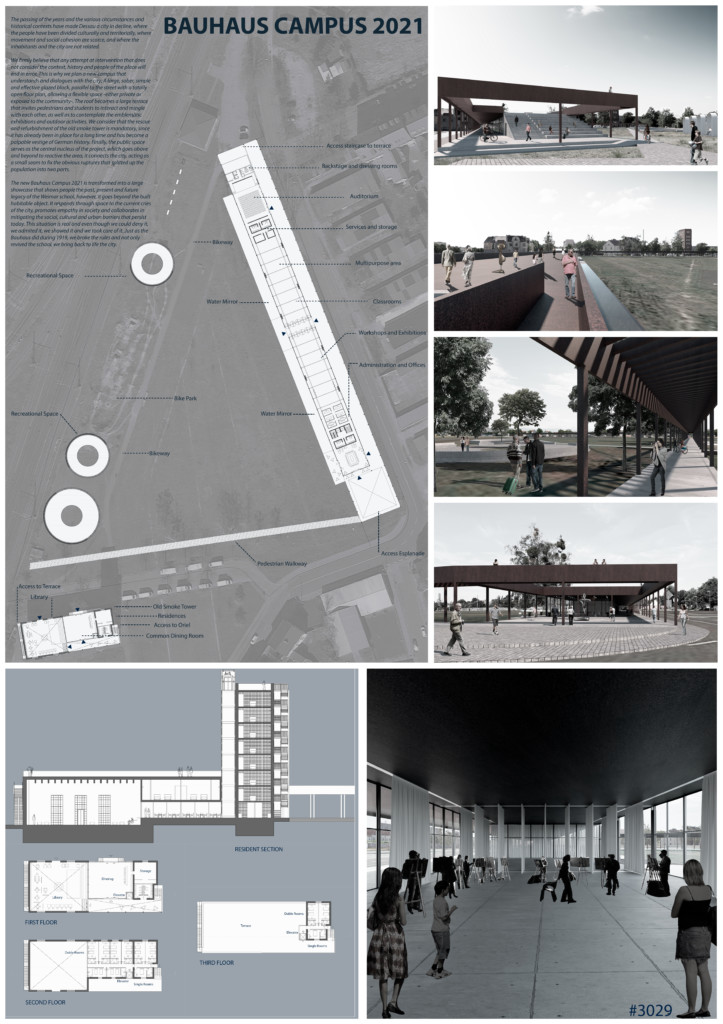 The passing of the years and the various circumstances and historical contexts have made Dessau a city in decline, where the people have been divided culturally and territorially, where movement and social cohesion are scarce, and where the inhabitants and the city are not related.

We firmly believe that any attempt at intervention that does not consider the context, history and people of the place will end in error. This is why we plan a new campus that understands and dialogues with the city; A large, sober, simple and effective glazed block, parallel to the street with a totally open floor plan, allowing a flexible space -either private or exposed to the community-. The roof becomes a large terrace that invites pedestrians and students to interact and mingle with each other, as well as to contemplate the emblematic exhibitions and outdoor activities. We consider that the rescue and refurbishment of the old smoke tower is mandatory, since it has already been in place for a long time and has become a palpable vestige of German history. Finally, the public space serves as the central nucleus of the project, which goes above and beyond to reactive the area, it connects the city, acting as a small seam to fix the obvious ruptures that splitted up the population into two parts.

The new Bauhaus Campus 2021 is transformed into a large showcase that shows people the past, present and future legacy of the Weimar school, however, it goes beyond the built habitable object. It responds through space to the current cries of the city, promotes empathy in society and collaborates in mitigating the social, cultural and urban barriers that persist today. This situation is real and even though we could deny it, we admited it, we showed it and we took care of it. Just as the Bauhaus did during 1919, we broke the rules and not only revived the school, we bring back to life the city. 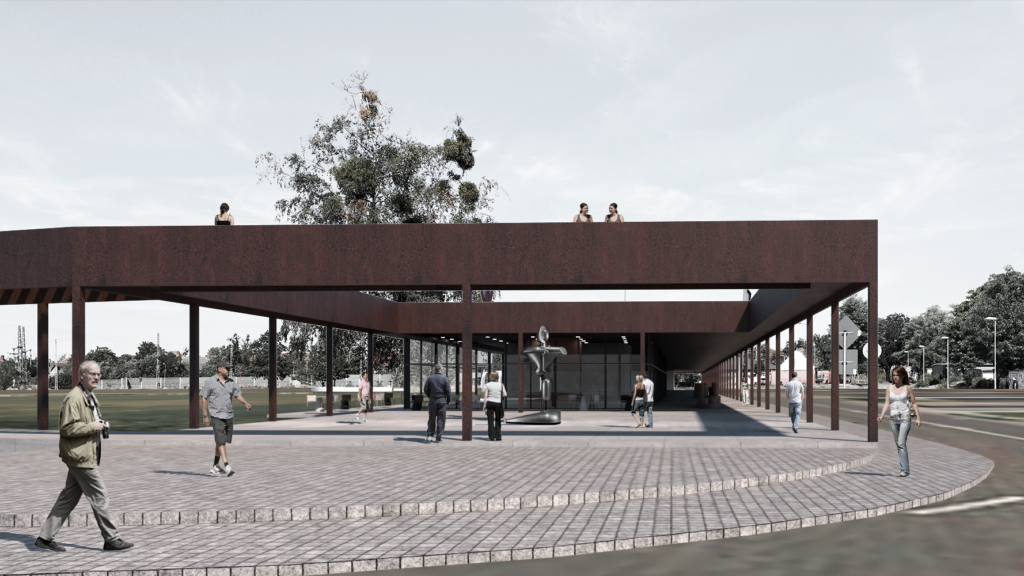 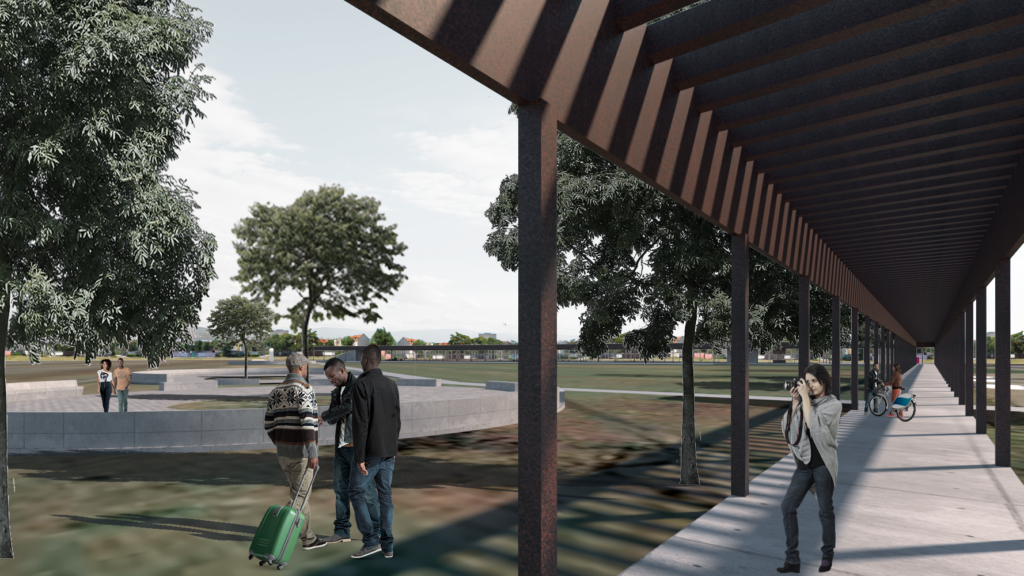 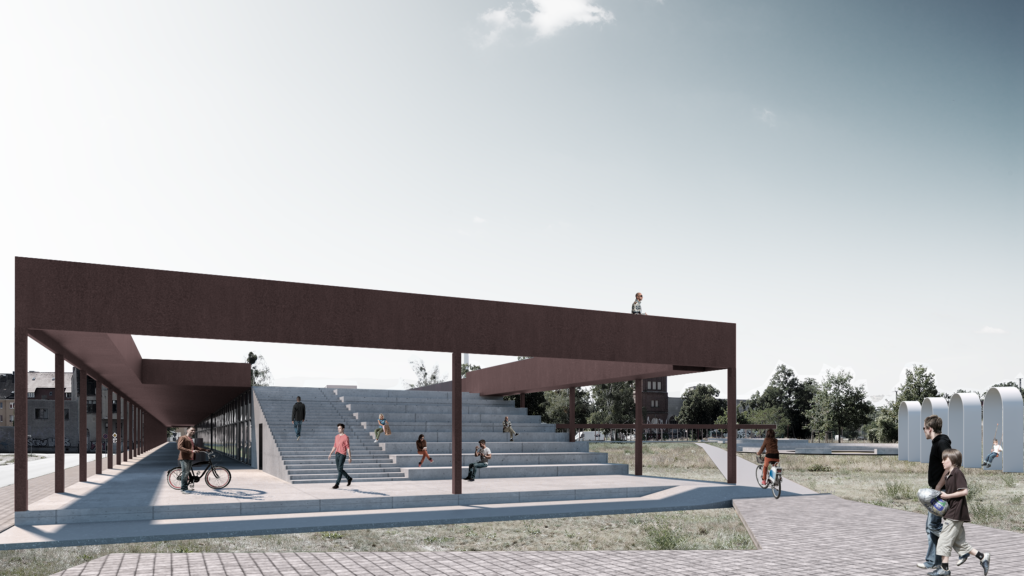 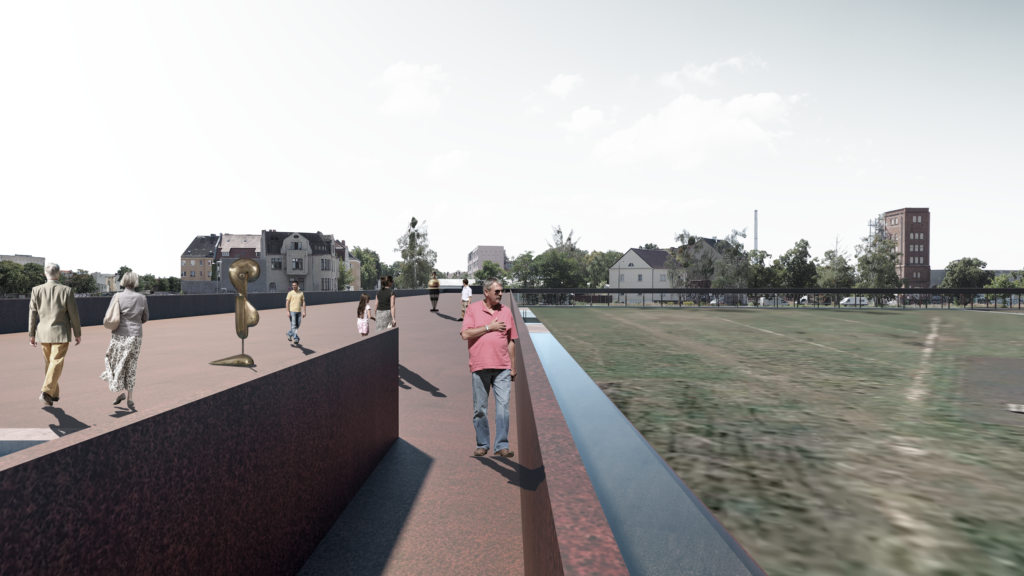 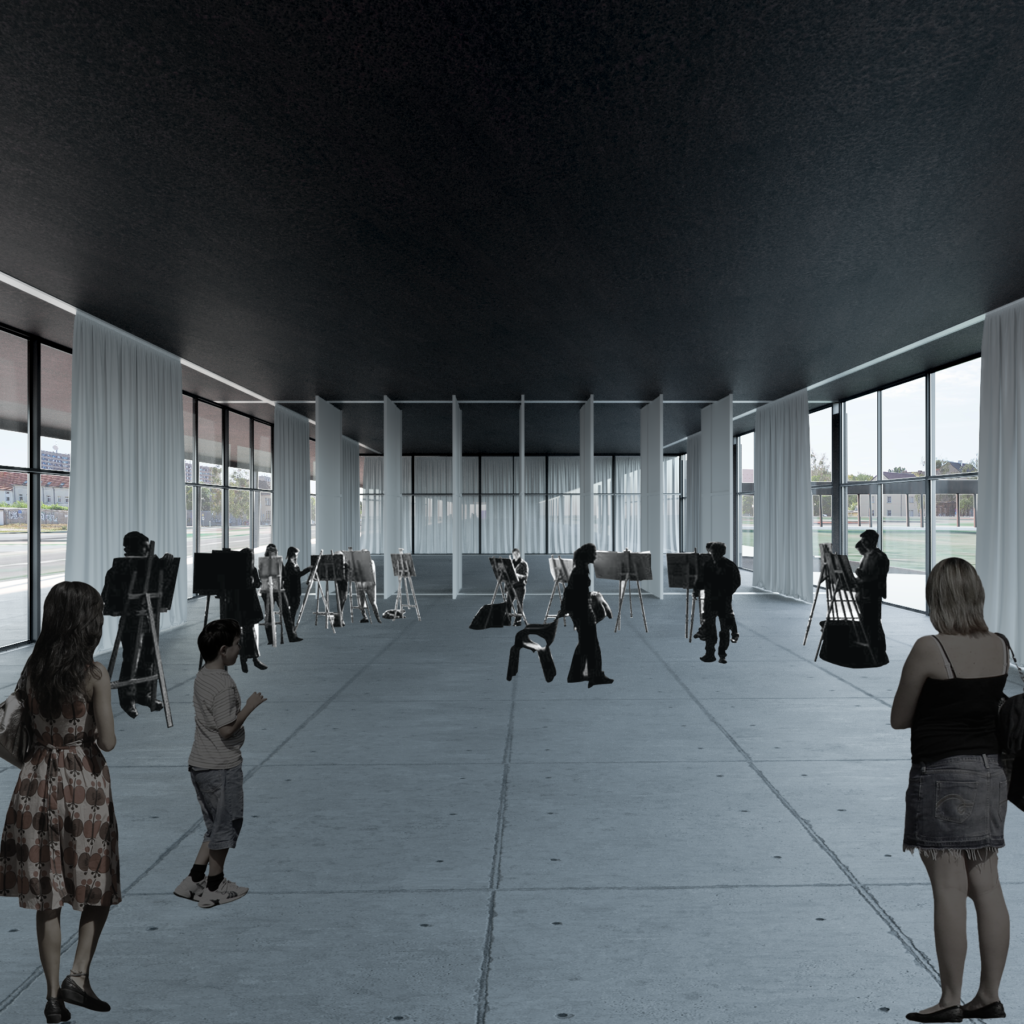 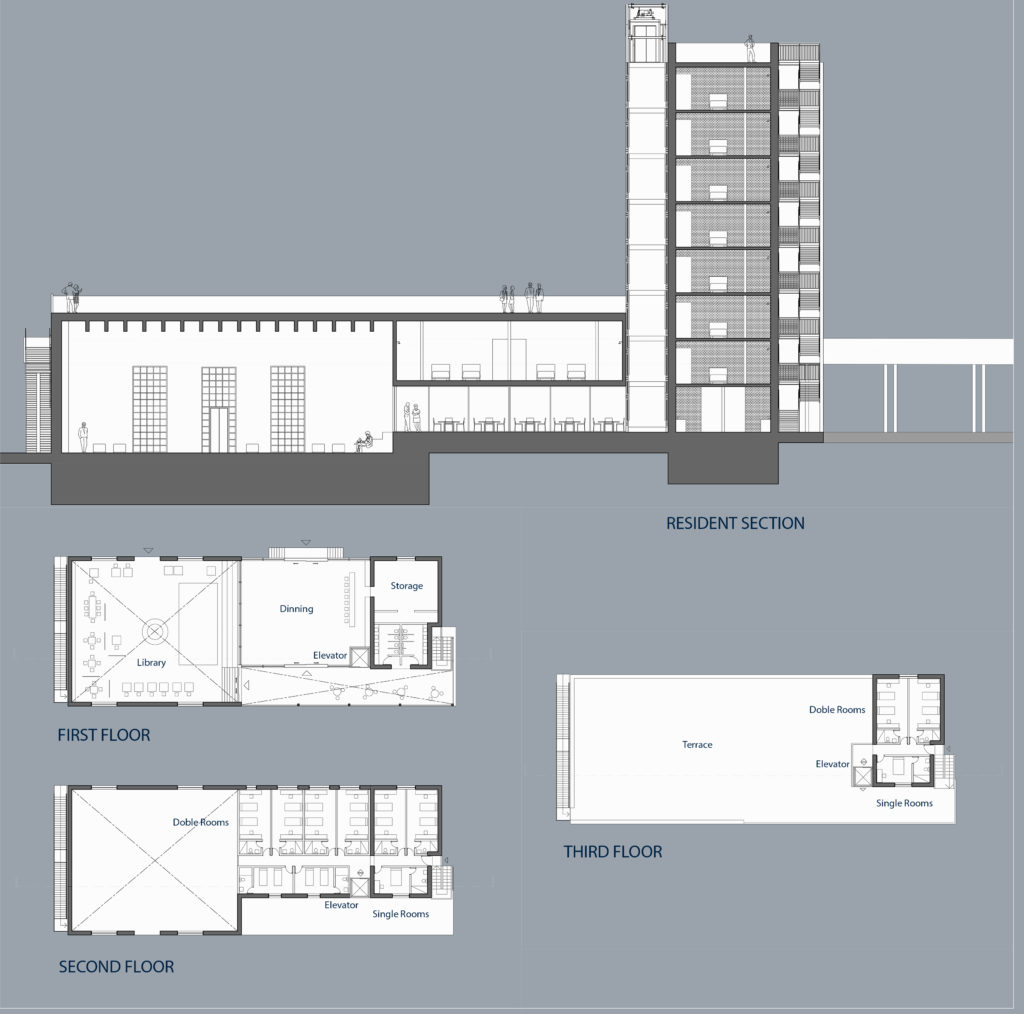 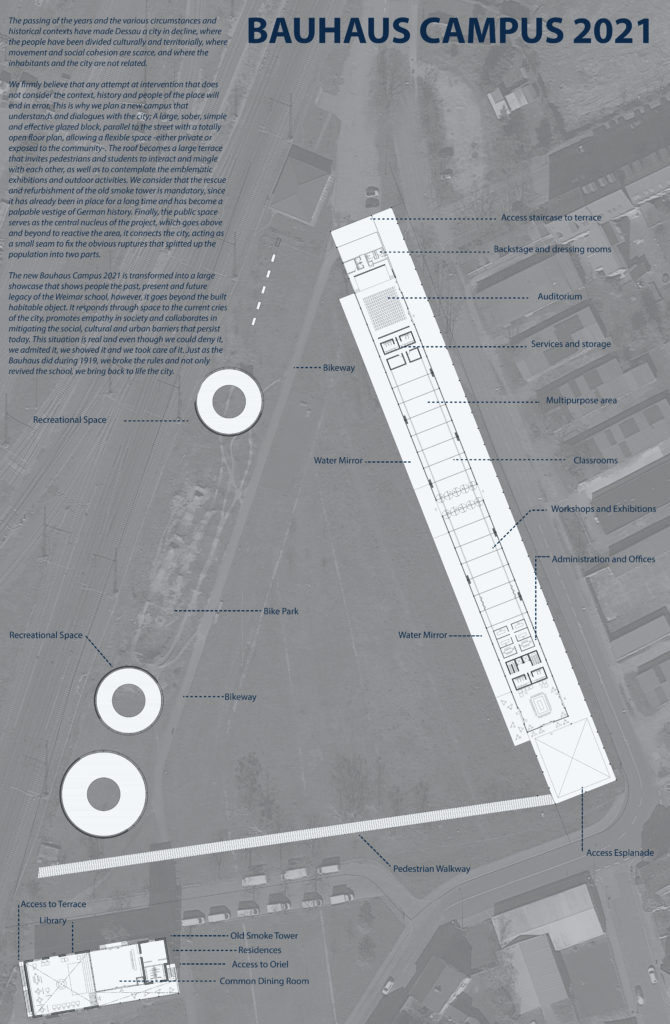