The Walter Wall by eatyourrcake 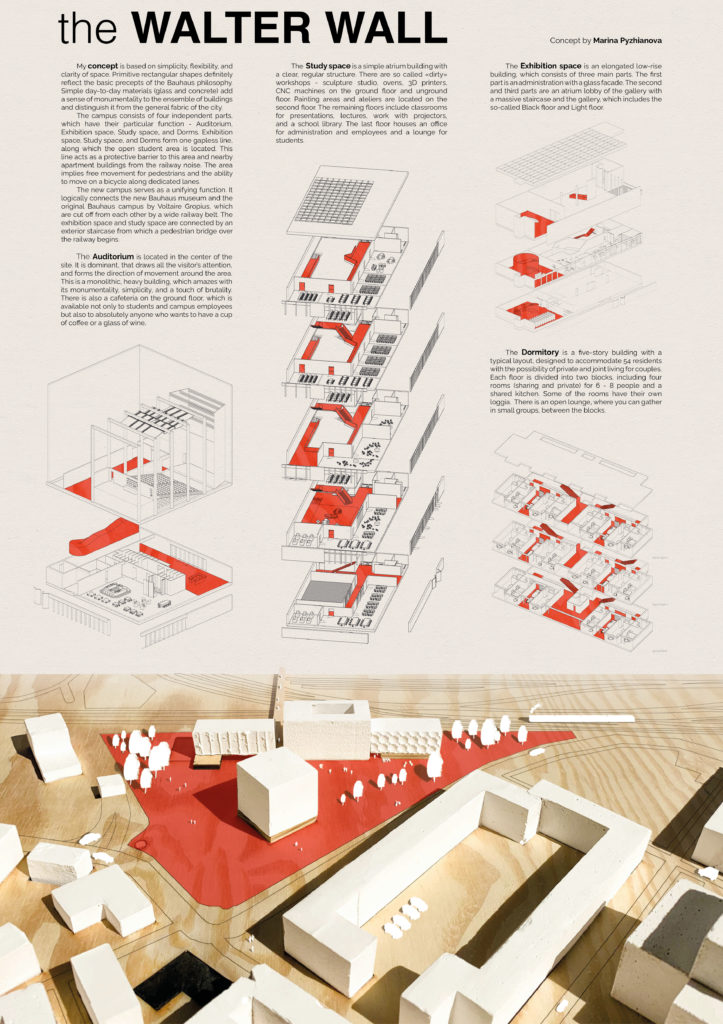 My concept is based on simplicity, flexibility, and clarity of space. Primitive rectangular shapes definitely reflect the basic precepts of the Bauhaus philosophy. Simple day-to-day materials (glass and concrete) add a sense of monumentality to the ensemble of buildings and distinguish it from the general fabric of the city.

The campus consists of four independent parts, which have their particular function – Auditorium, Exhibition space, Study space, and Dorms. Exhibition space, Study space, and Dorms form one gapless line, along which the open student area is located. This line acts as a protective barrier to this area and nearby apartment buildings from the railway noise. The area implies free movement for pedestrians and the ability to move on a bicycle along dedicated lanes.

The new campus serves as a unifying function. It logically connects the new Bauhaus museum and the original Bauhaus campus by Voltaire Gropius, which are cut off from each other by a wide railway belt. The exhibition space and study space are connected by an exterior staircase from which a pedestrian bridge over the railway begins.

The exhibition space is an elongated low-rise building, which consists of three main parts. The first part is an administration with a glass facade. The second and third parts are an atrium lobby of the gallery with a massive staircase and the gallery, which includes the so-called Black floor and Light floor.

The study space is a simple atrium building with a clear, regular structure. There are so-called “dirty” workshops – sculpture studio, ovens, 3D printers, CNC machines on the ground floor and unground floor. Painting areas and ateliers are located on the second floor. The remaining floors include classrooms for presentations, lectures, work with projectors, and a school library. The last floor houses an office for administration and employees and a lounge for students.

The dormitory is a five-story building with a typical layout, designed to accommodate a minimum of 54 residents with the possibility of private and joint living for couples. Each floor is divided into two blocks, including four rooms (sharing and private) for 6 – 8 people and a shared kitchen. Some of the rooms have their own loggia.  There is an open lounge, where you can gather in small groups, between the blocks.

The auditorium is located in the center of the site. It is dominant, that draws all the visitor’s attention, and forms the direction of movement around the area. This is a monolithic, heavy building, which amazes with its monumentality, simplicity, and a touch of brutality. There is also a cafeteria on the ground floor, which is available not only to students and campus employees but also to absolutely anyone who wants to have a cup of coffee or a glass of wine. 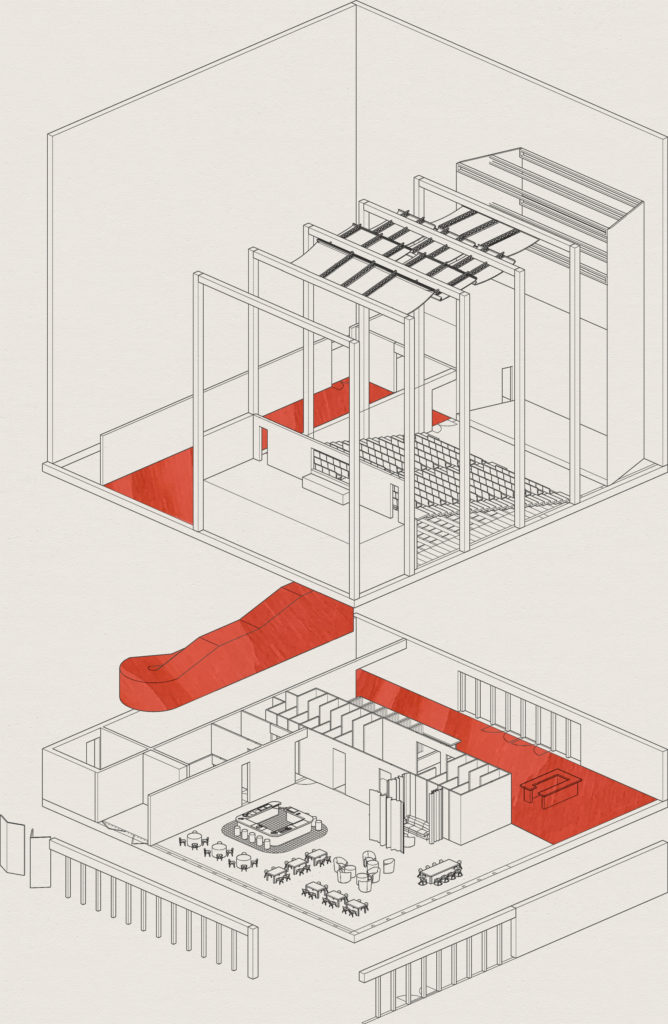 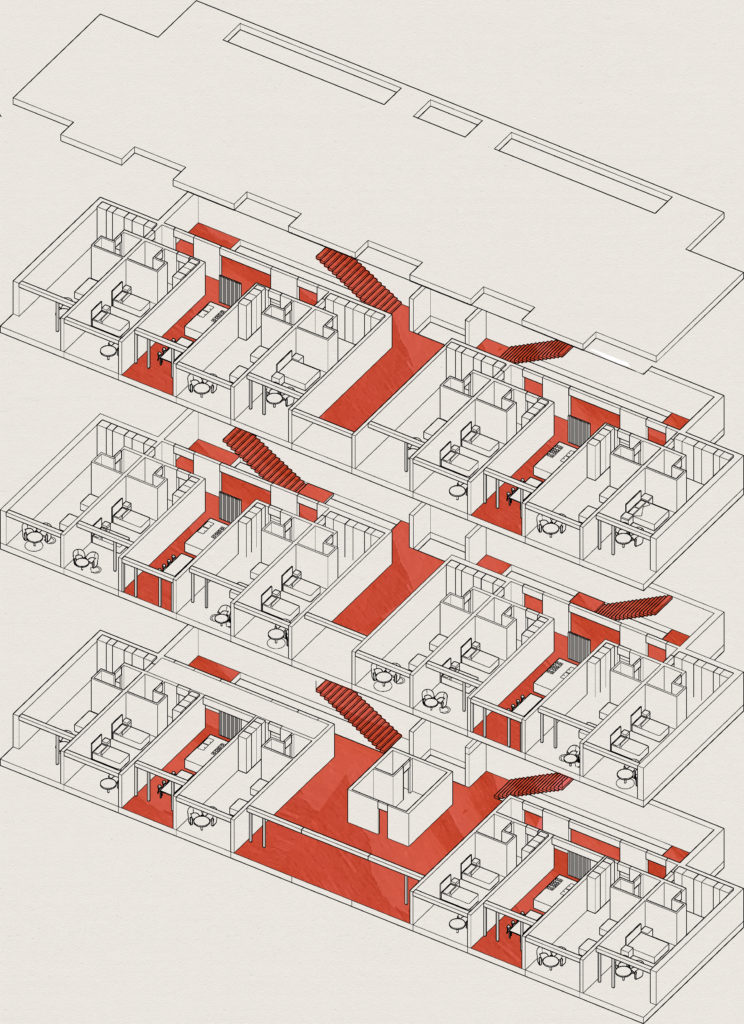 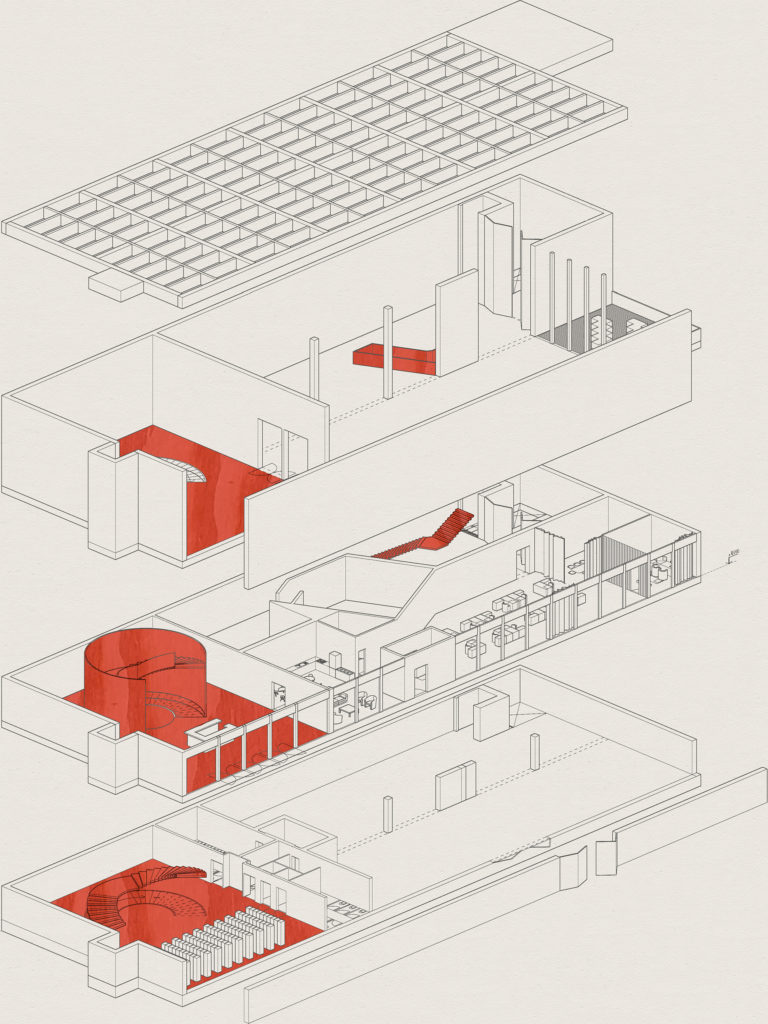 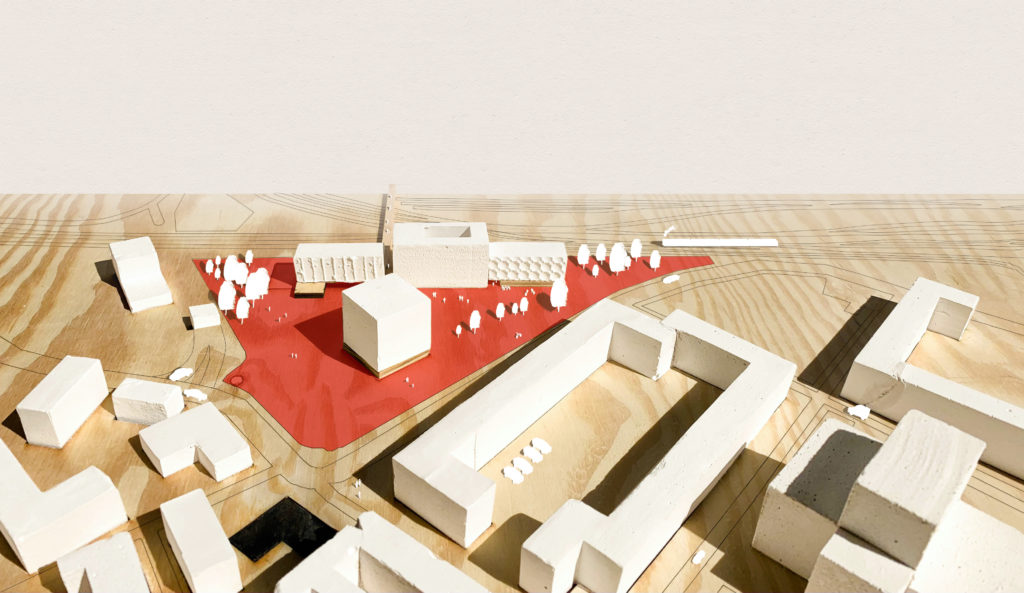