The Mesh by YAD Arquitectura 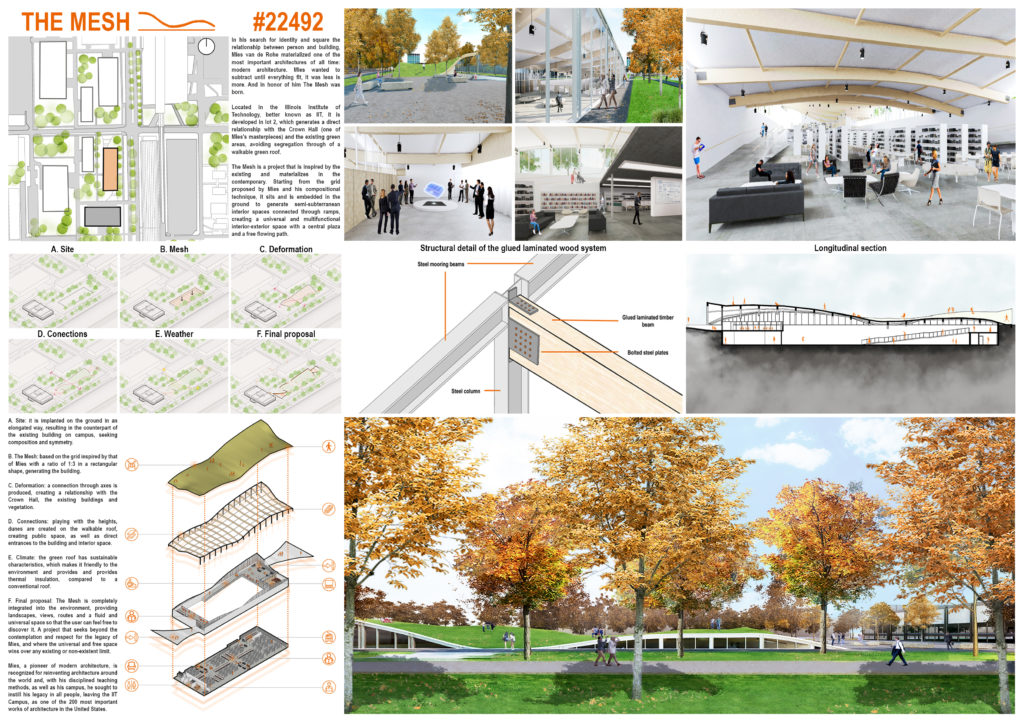 In his search for identity and square the relationship between person and building, Mies van de Rohe materialized one of the most important architectures of all time: modern architecture. Mies wanted to subtract until everything fit, it was less is more. And in honor of him The Mesh was born. Located in the Illinois Institute of Technology, better known as IIT, it is developed in lot 2, which generates a direct relationship with the Crown Hall (one of Mies’s masterpieces) and the existing green areas, avoiding segregation through of a walkable green roof. The Mesh is a project that is inspired by the existing and materializes in the contemporary. Starting from the grid proposed by Mies and his compositional technique, it sits and is embedded in the ground to generate semi-subterranean interior spaces connected through ramps, creating a universal and multifunctional interior-exterior space with a central plaza and a free flowing path.

A. Site: it is implanted on the ground in an elongated way, resulting in the counterpart of the existing building on campus, seeking composition and symmetry.

B. The Mesh: based on the grid inspired by that of Mies with a ratio of 1:3 in a rectangular shape, generating the building.

C. Deformation: a connection through axes is produced, creating a relationship with the Crown Hall, the existing buildings and vegetation.

D. Connections: playing with the heights, dunes are created on the walkable roof, creating public space, as well as direct entrances to the building and interior space.

E. Climate: the green roof has sustainable characteristics, which makes it friendly to the environment and provides and provides thermal insulation, compared to a conventional roof.

F. Final proposal: The Mesh is completely integrated into the environment, providing landscapes, views, routes and a fluid and universal space so that the user can feel free to discover it. A project that seeks beyond the contemplation and respect for the legacy of Mies, and where the universal and free space wins over any existing or non-existent limit.

Mies, a pioneer of modern architecture, is recognized for reinventing architecture around the world and, with his disciplined teaching methods, as well as his campus, he sought to instill his legacy in all people, leaving the IIT Campus, as one of the 200 most important works of architecture in the United States. 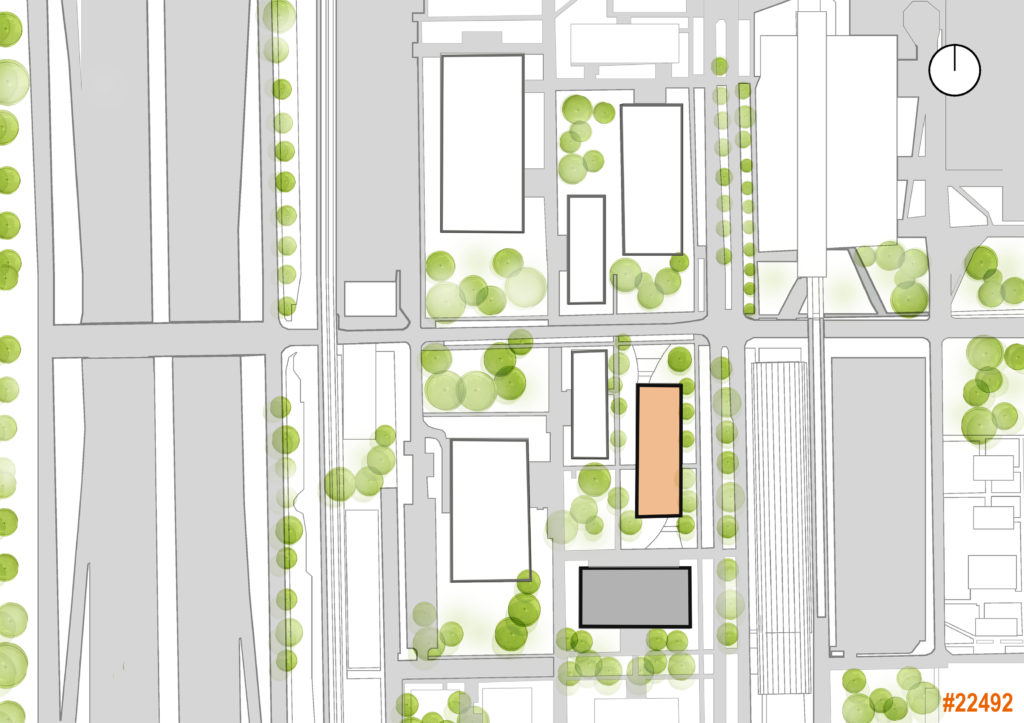 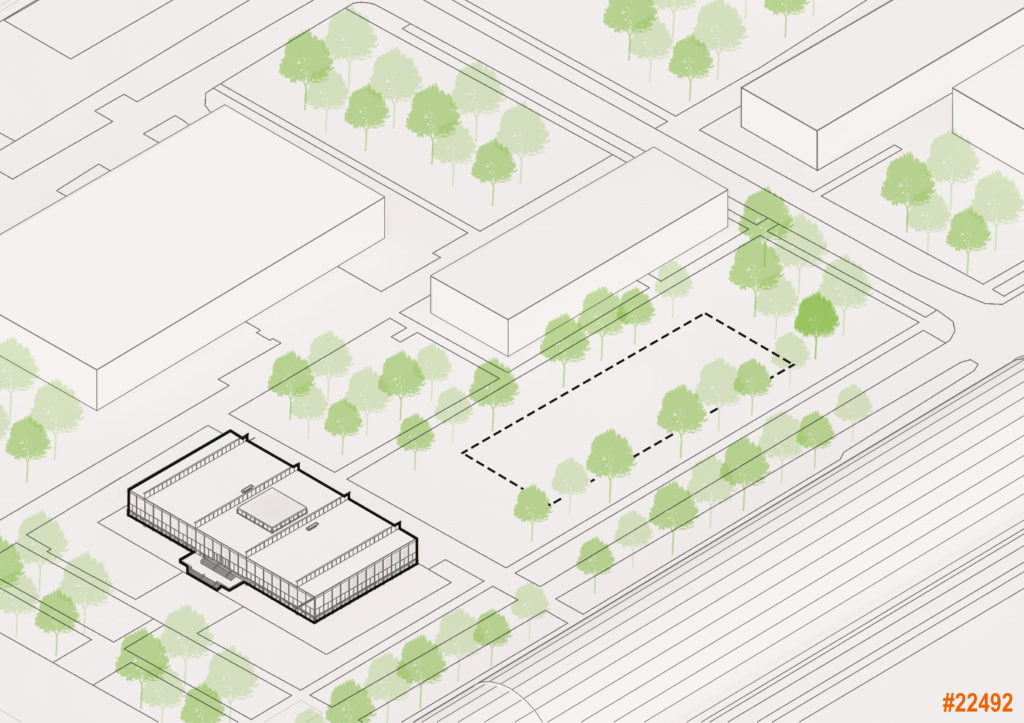 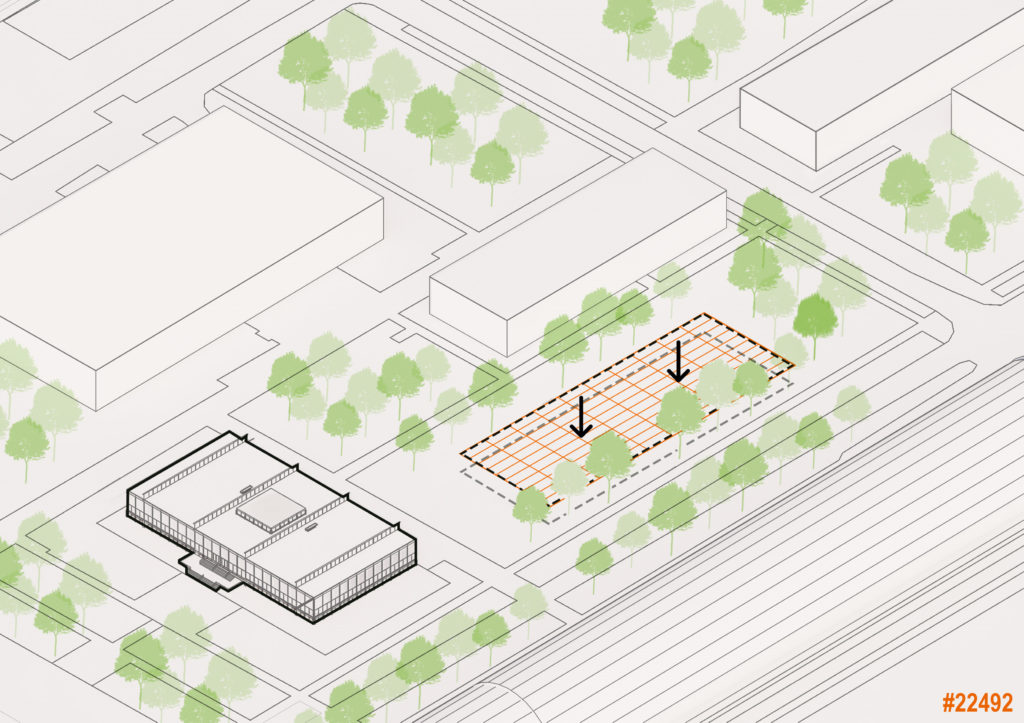 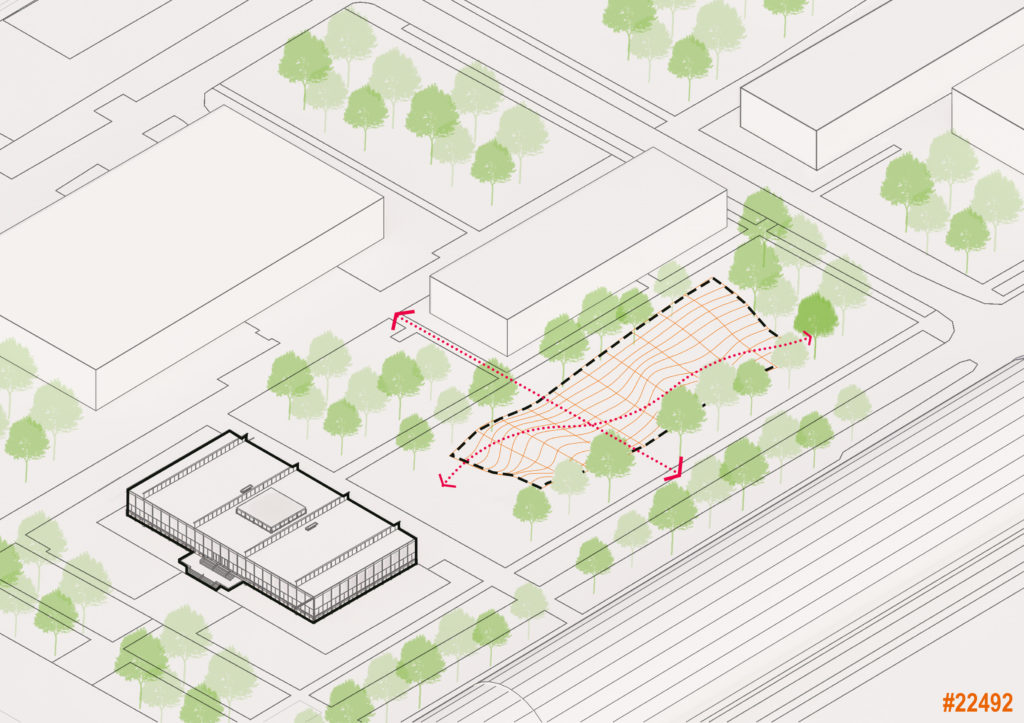 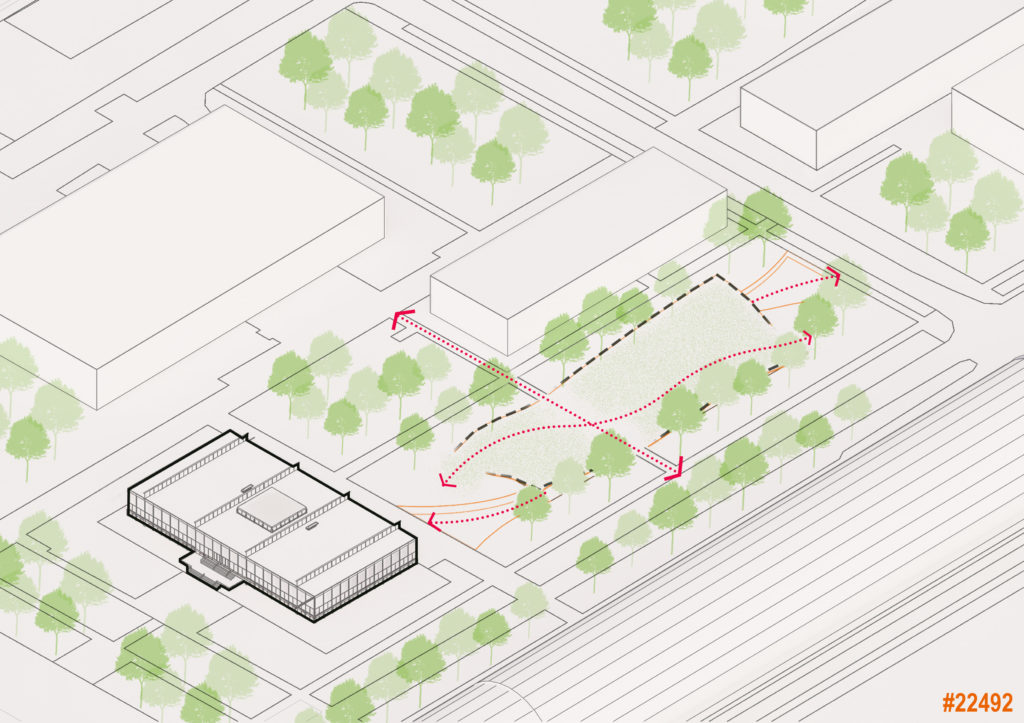 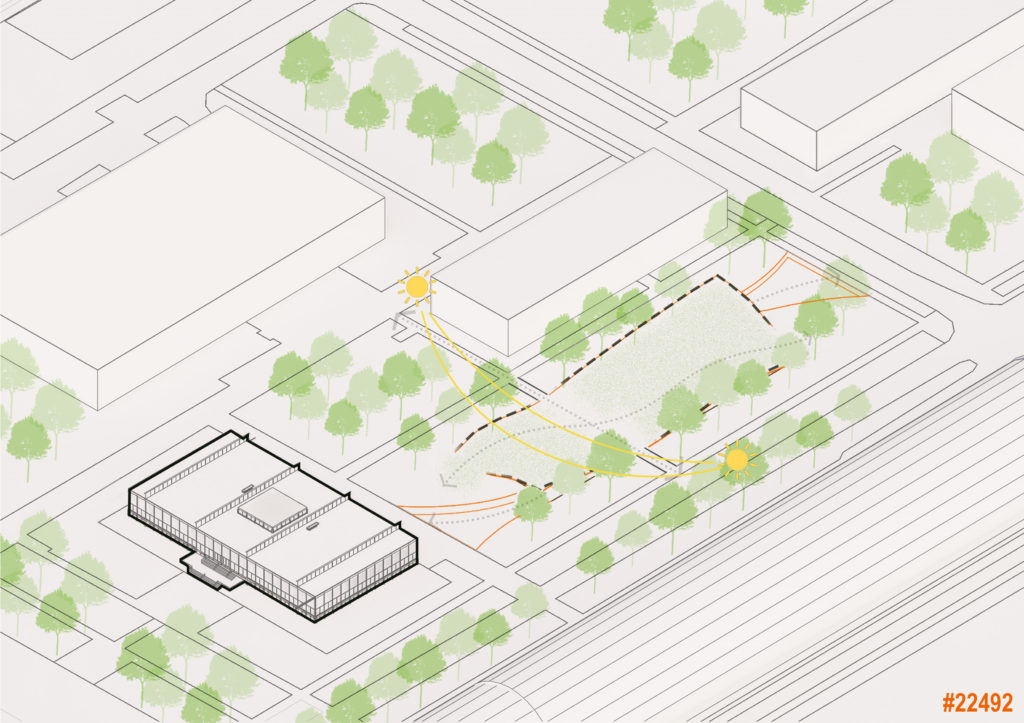 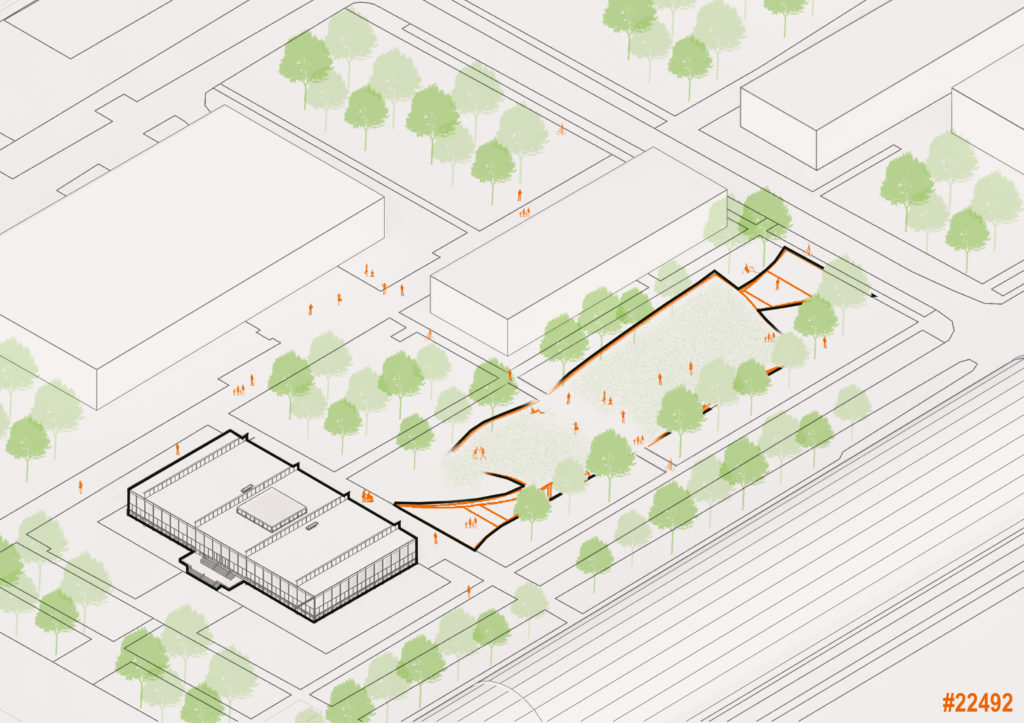 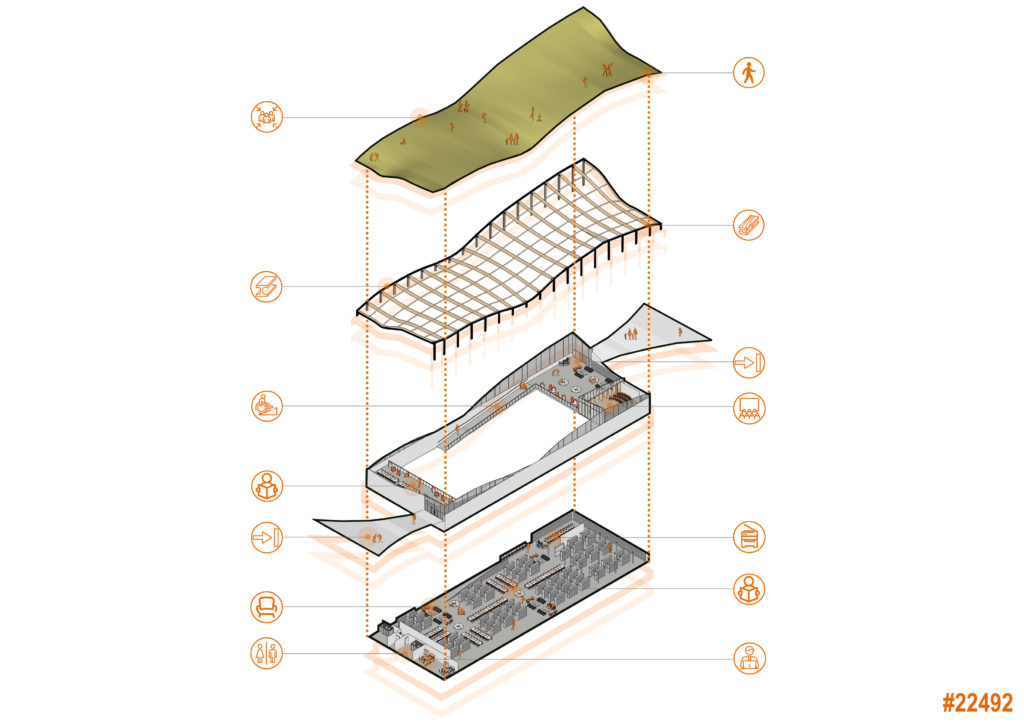 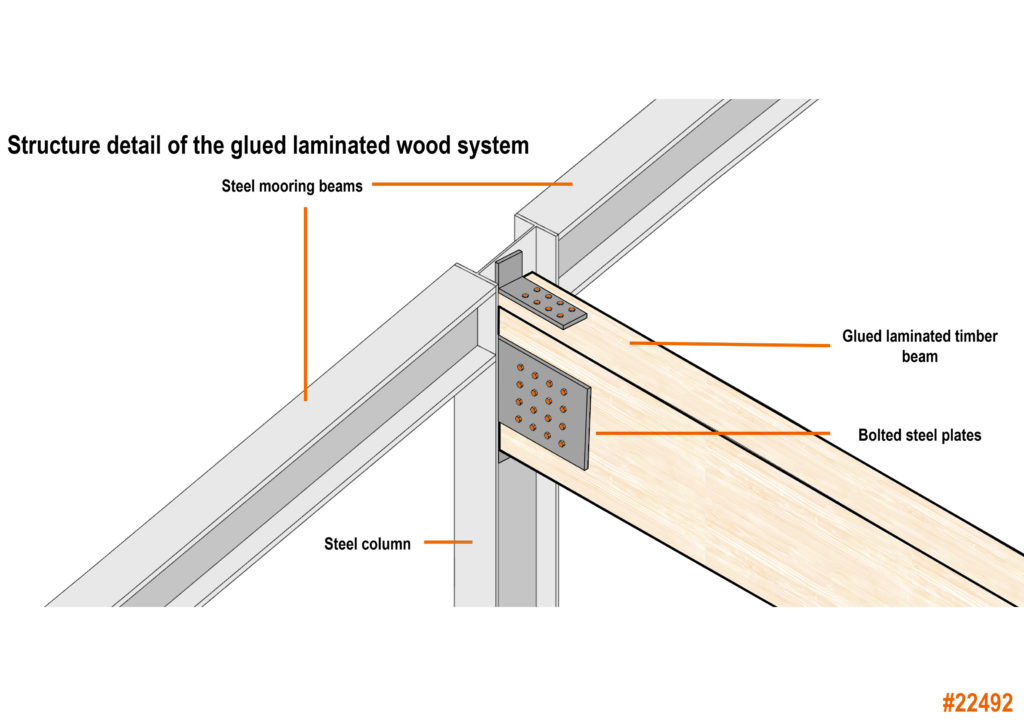 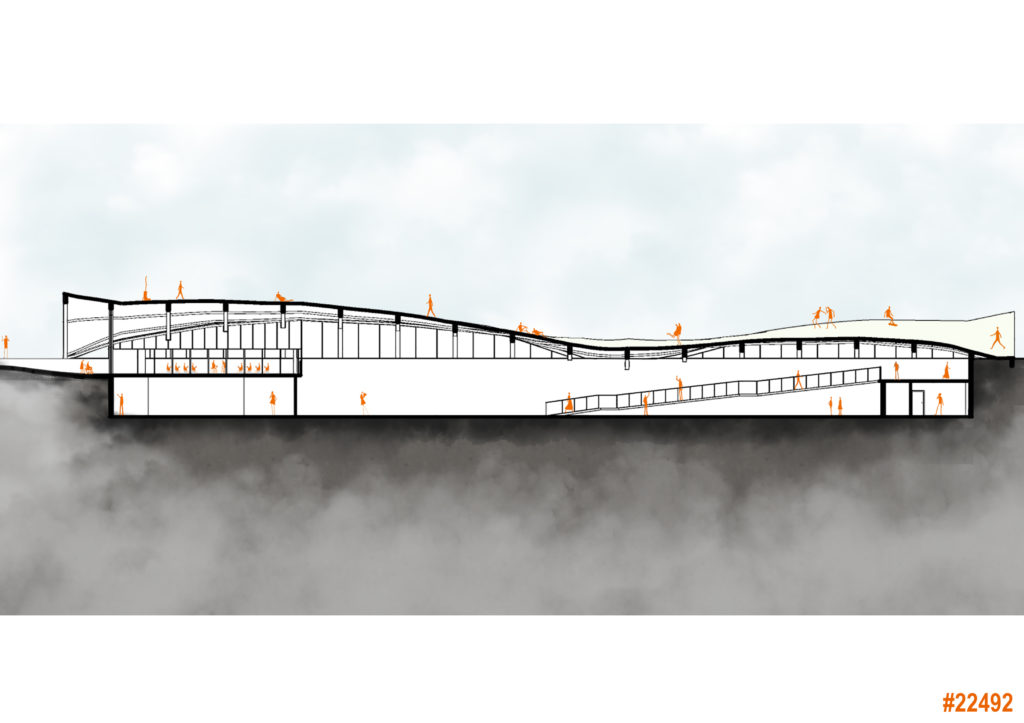 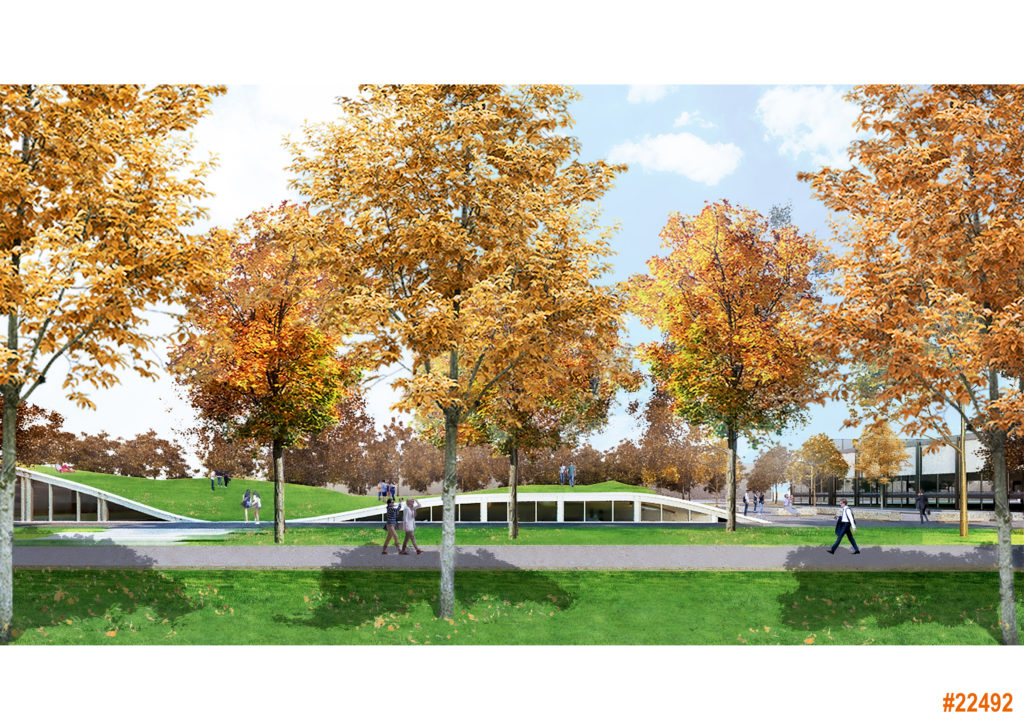 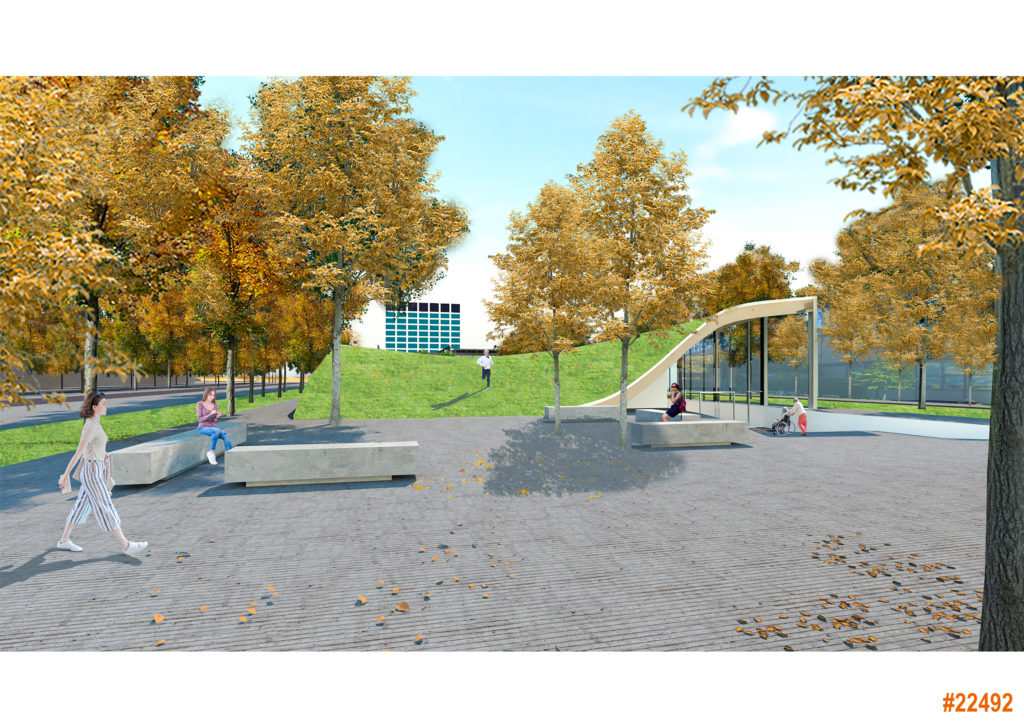 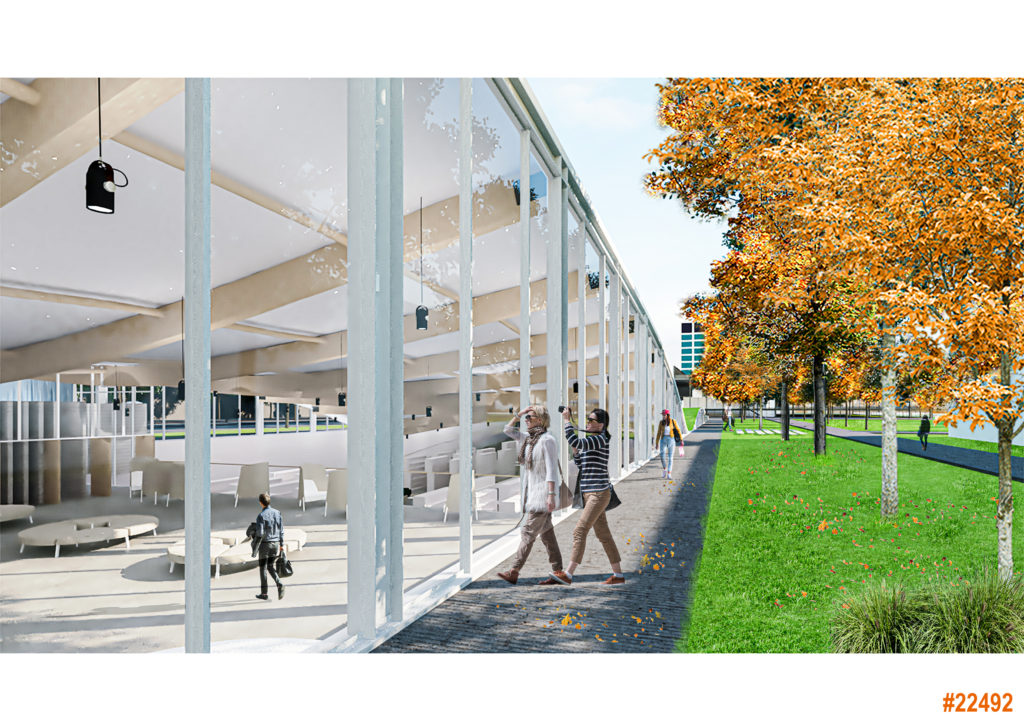 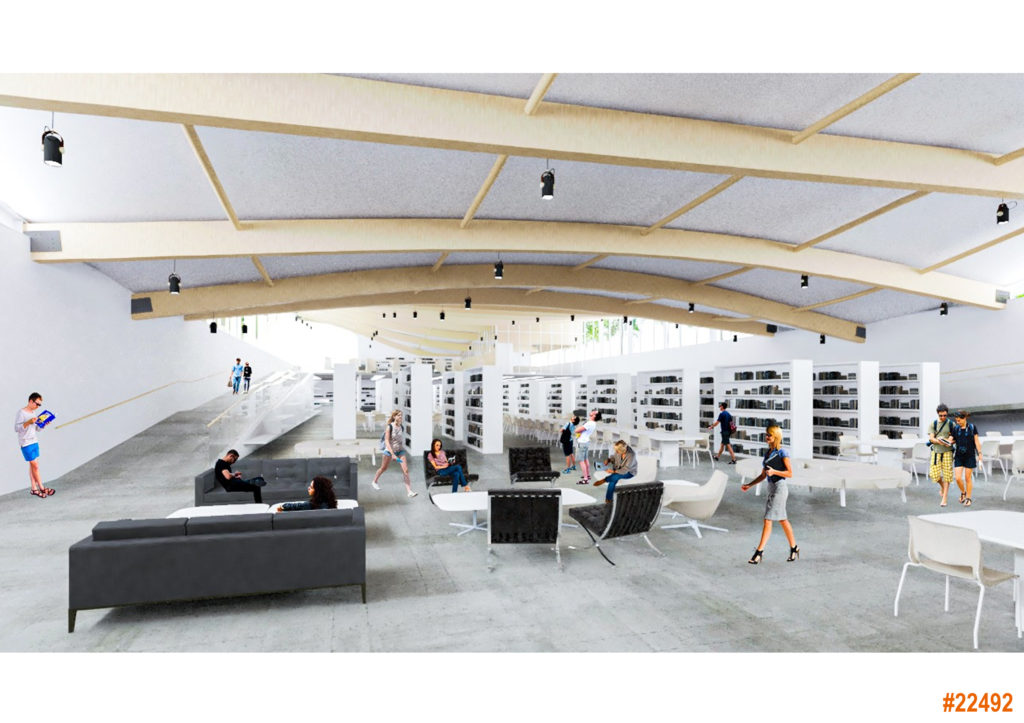 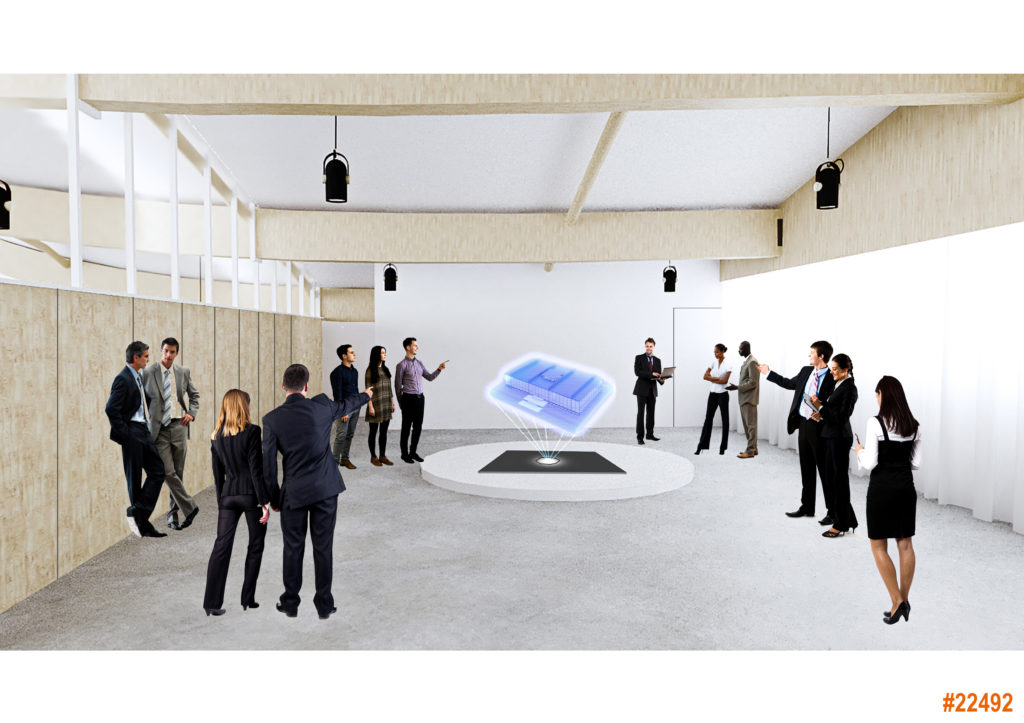 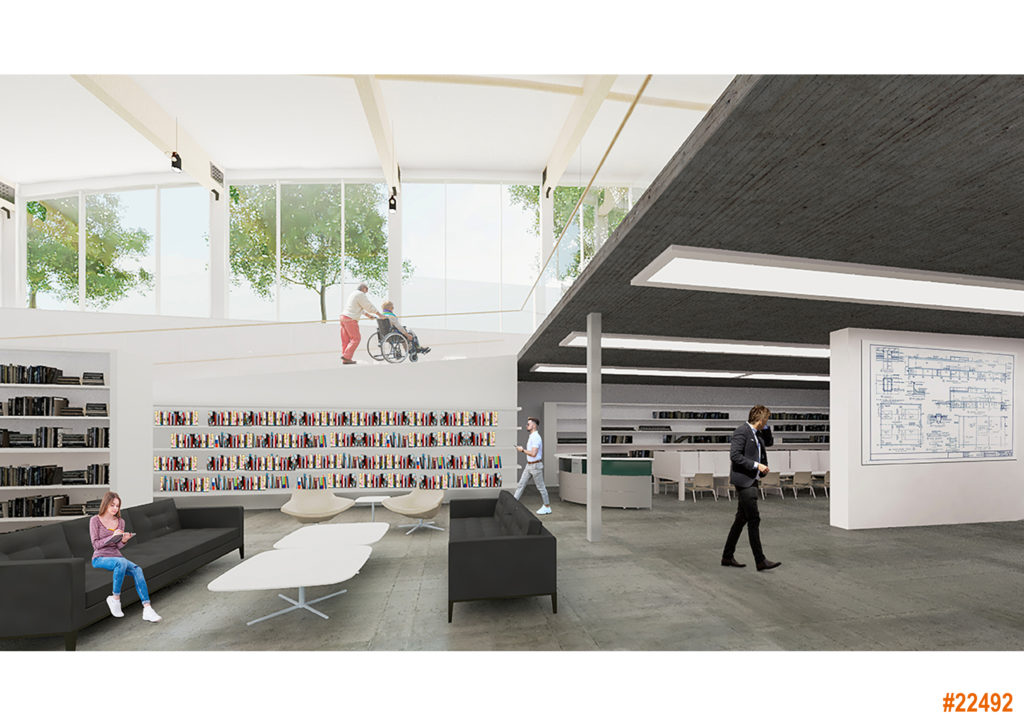