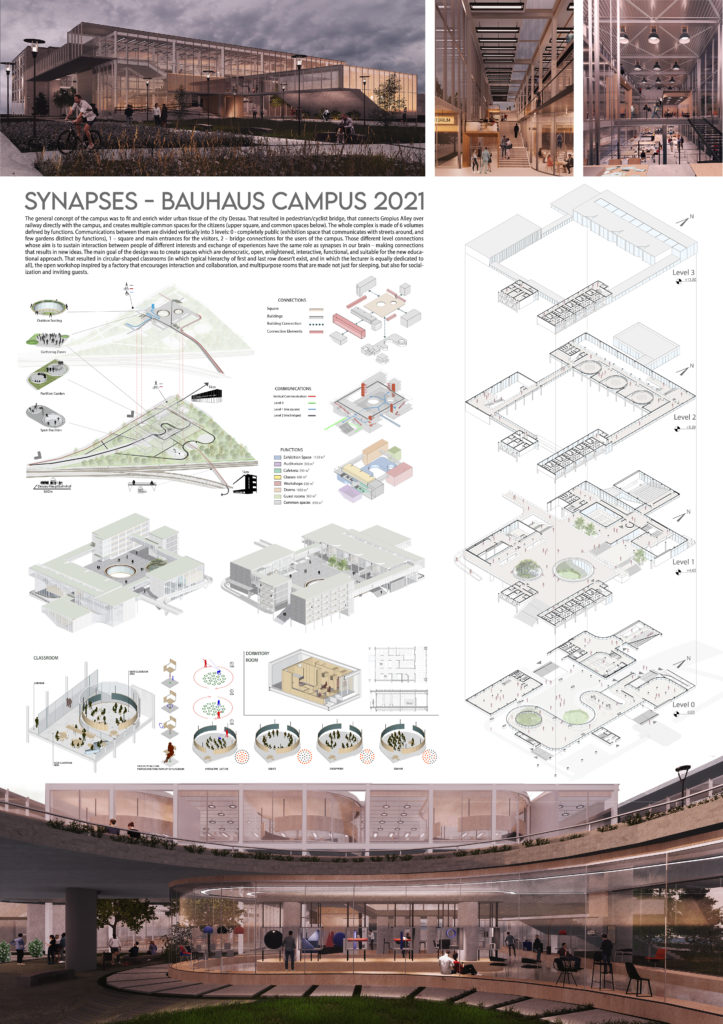 The general concept of the campus was to fit and enrich the wider urban tissue of the city Dessau. That resulted in pedestrian/cyclist bridge, that connects Gropius Alley over railway directly with the campus, and creates multiple common spaces for the citizens (upper square, and common spaces below). The whole complex is made of 6 volumes defined by functions. Communications between them are divided vertically into 3 levels: 0 – completely public (exhibition space that communicates with streets around, and few gardens distinct by functions), 1 – square and main entrances for the visitors, 2 – bridge connections for the users of the campus. Those different level connections whose aim is to sustain interaction between people of different interests and exchange of experiences have the same role as synapses in our brain – making connections that results in new ideas. The main goal of the design was to create spaces which are democratic, open, enlightened, interactive, functional, and suitable for the new educational approach. That resulted in circular-shaped classrooms (in which typical hierarchy of first and last row doesn’t exist, and in which the lecturer is equally dedicated to all), the open workshop inspired by a factory that encourages interaction and collaboration, and multipurpose rooms that are made not just for sleeping, but also for socialization and inviting guests. 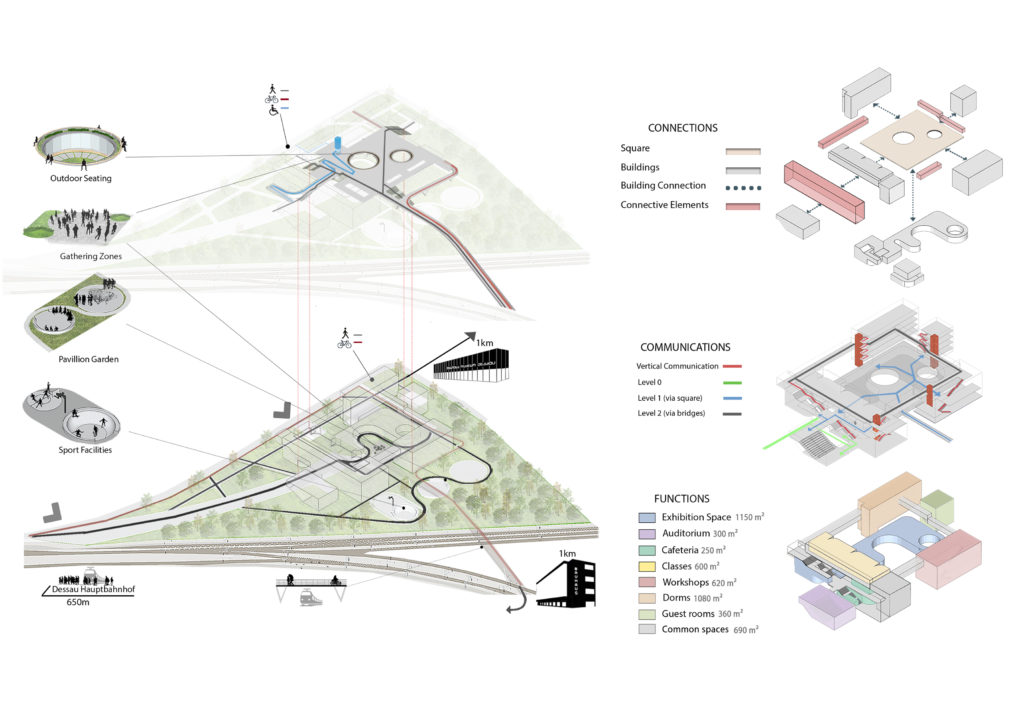 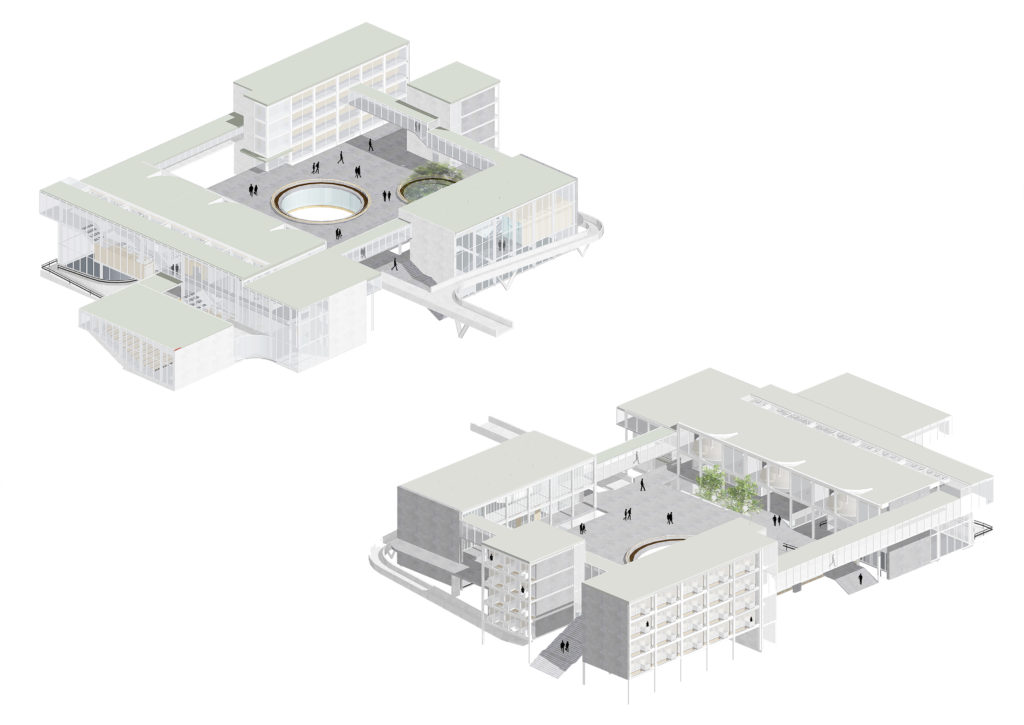 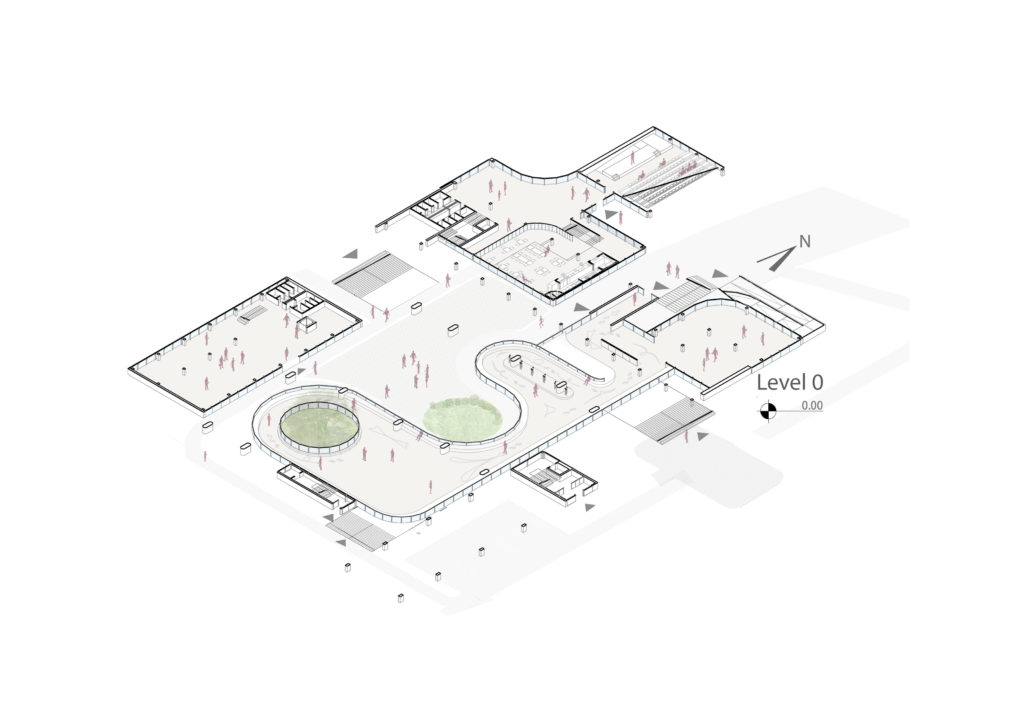 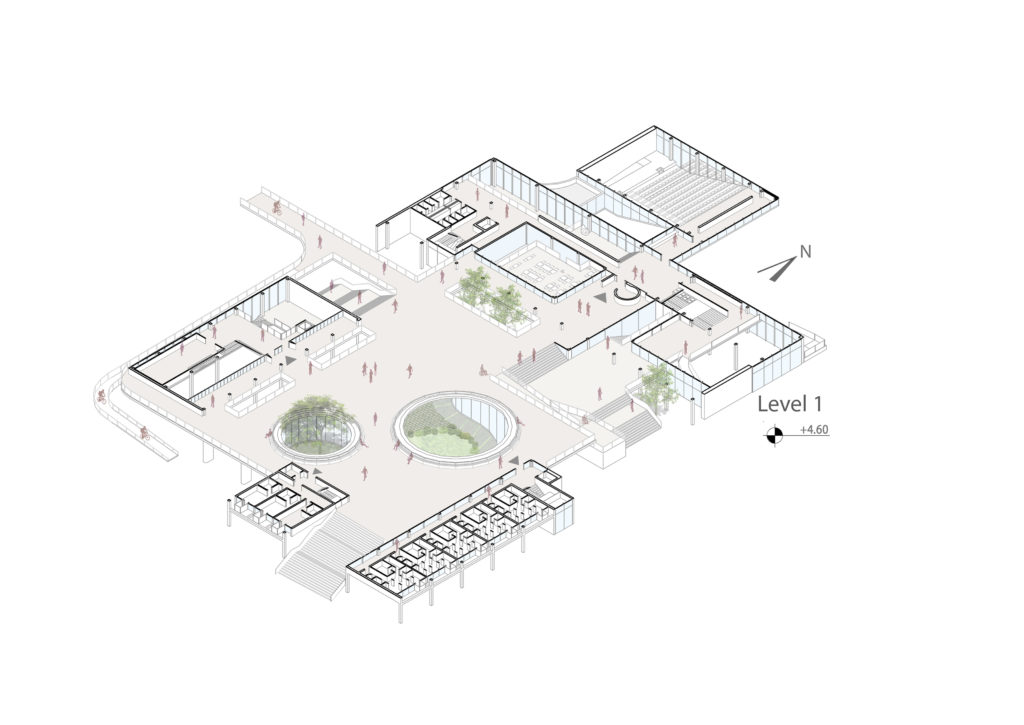 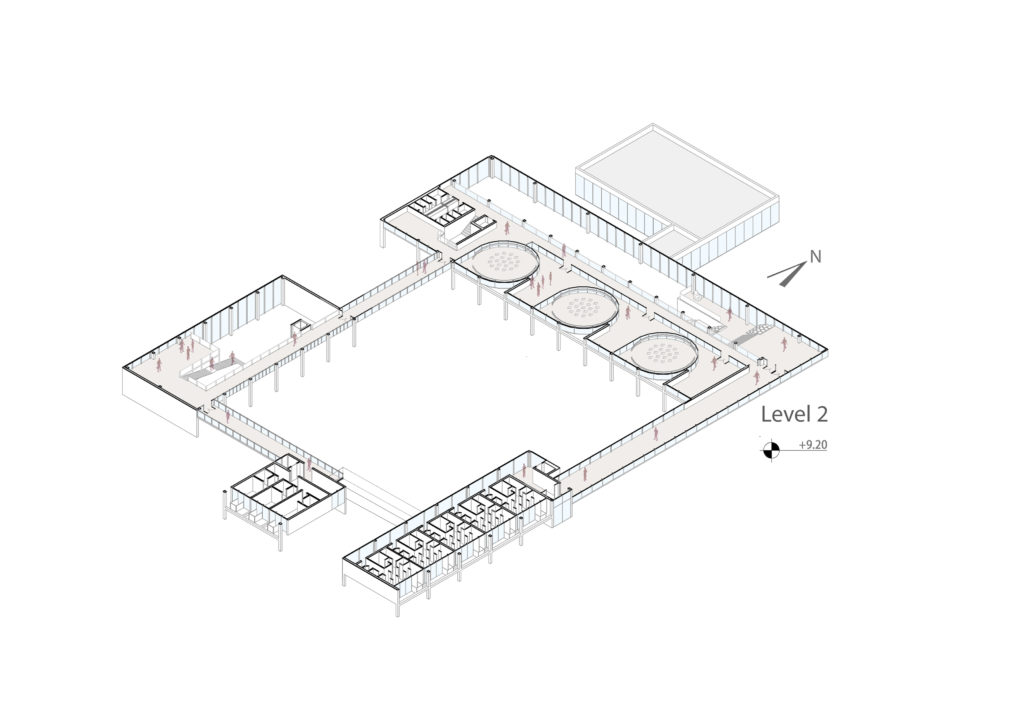 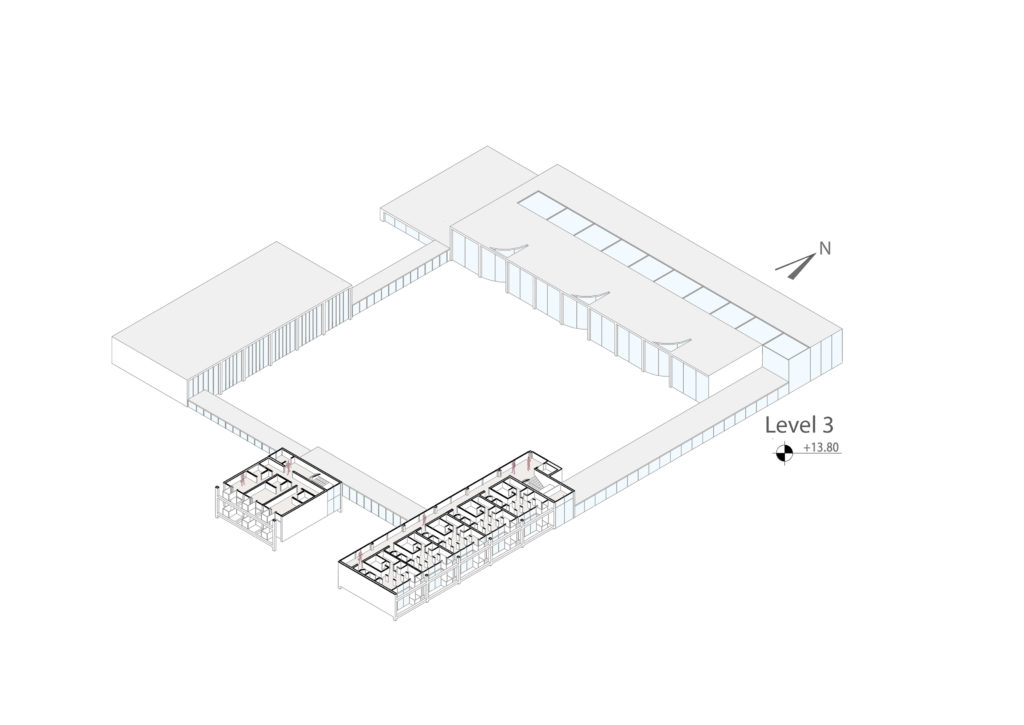 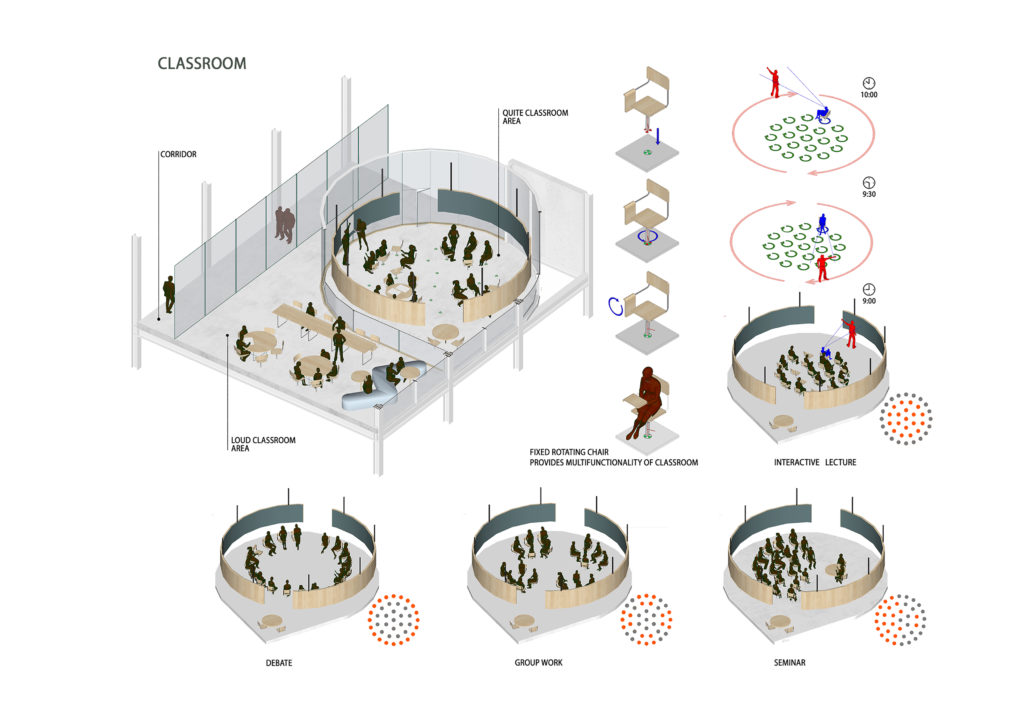 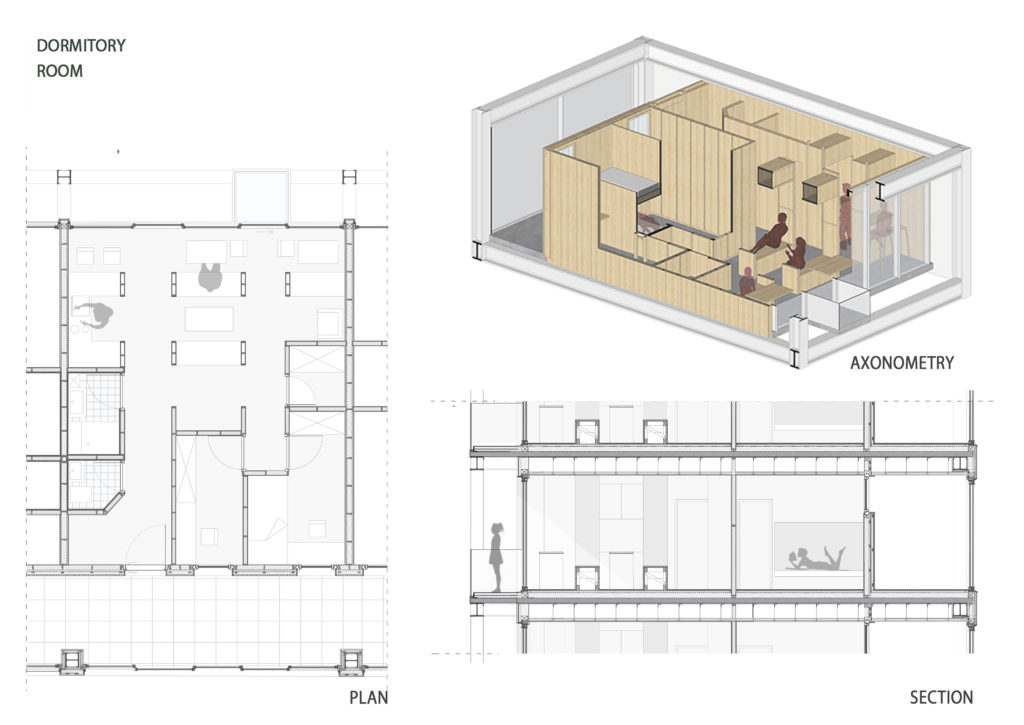 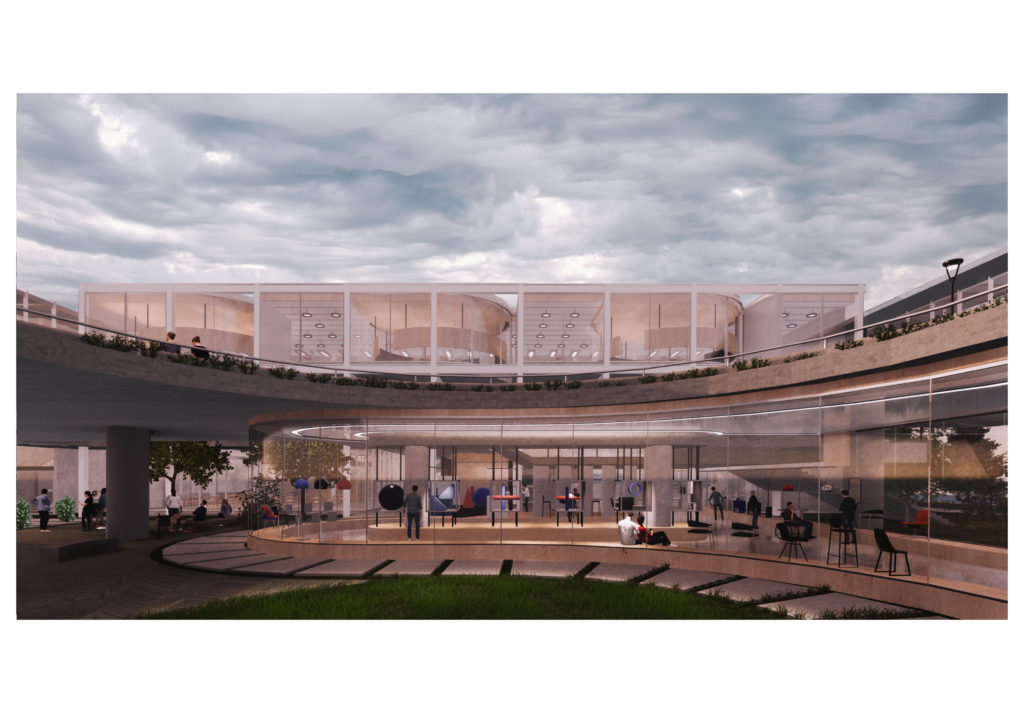 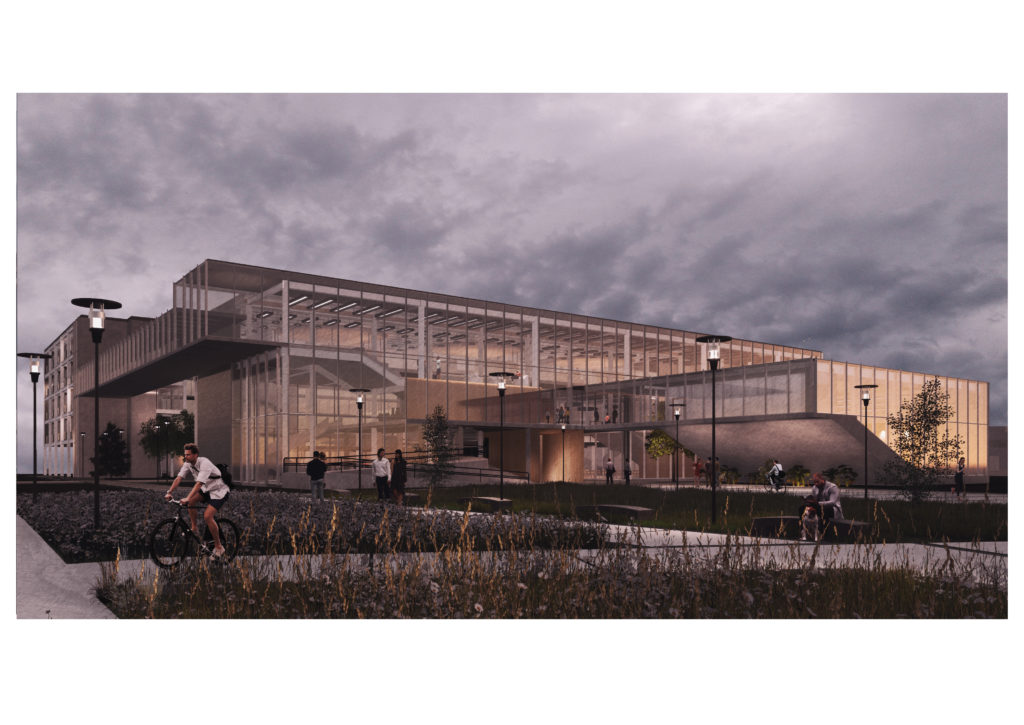 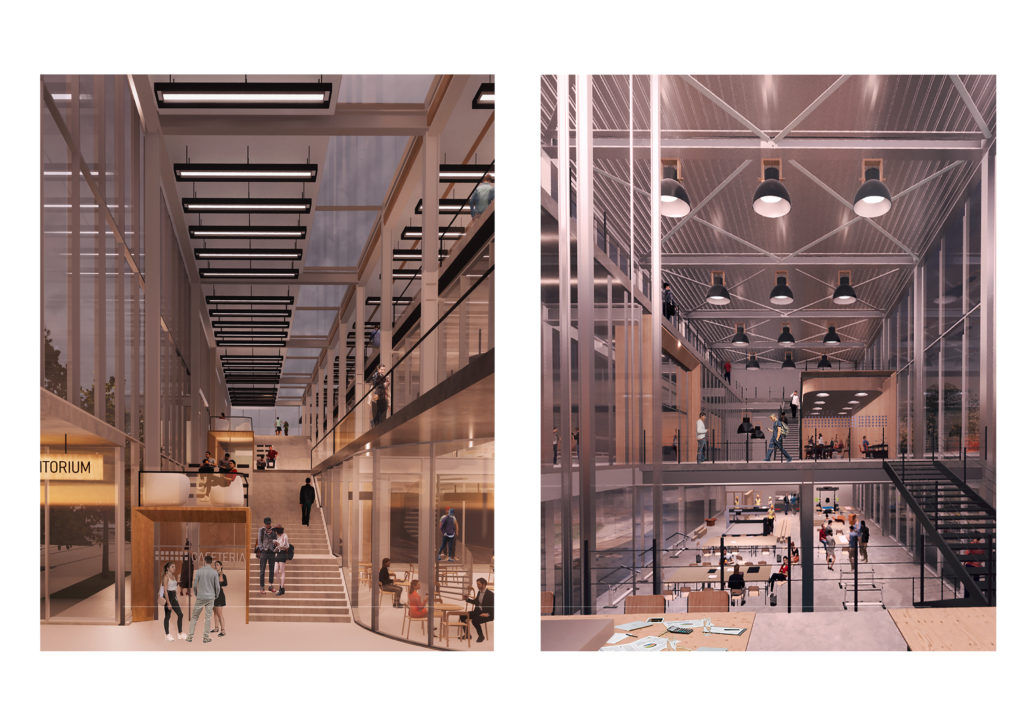