This project was selected as a Finalist by the jury of the Bauhaus Campus 2021 competition. Registration ID #7047 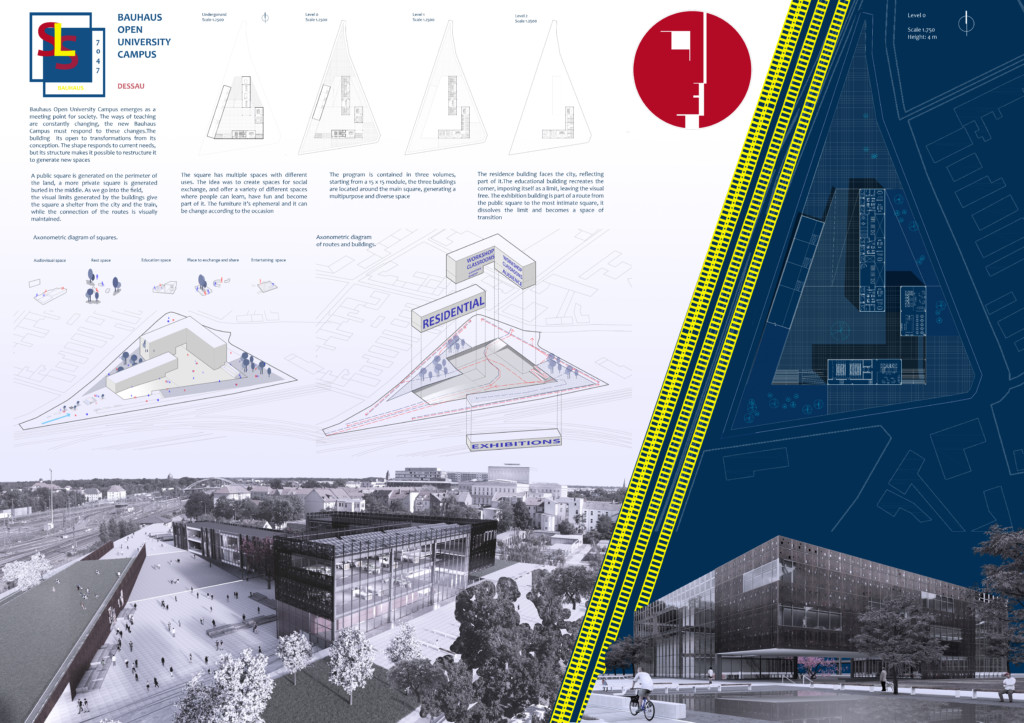 Bauhaus Open University Campus emerges as a meeting point for society. The ways of teaching are constantly changing, the new Bauhaus Campus must respond to these changes.The building its open to transformations from its conception. The shape responds to current needs, but its structure makes it possible to restructure it to generate new spaces.

A public square is generated on the perimeter of the land, a more private square is generated buried in the middle. As we go into the field, the visual limits generated by the buildings give the square a shelter from the city and the train, while the connection of the routes is visually maintained.

The square has multiple spaces with different uses. The idea was to create spaces for social exchange, and offer a variety of different spaces where people can learn, have fun and become part of it. The furniture it’s ephemeral and it can be change according to the occasion.

The program is contained in three volumes, starting from a 15 x 15 module, the three buildings are located around the main square, generating a multipurpose and diverse space.

The residence building faces the city, reflecting part of it.The educational building recreates the corner, imposing itself as a limit, leaving the visual free. The exhibition building is part of a route from the public square to the most intimate square, it dissolves the limit and becomes a space of transition. 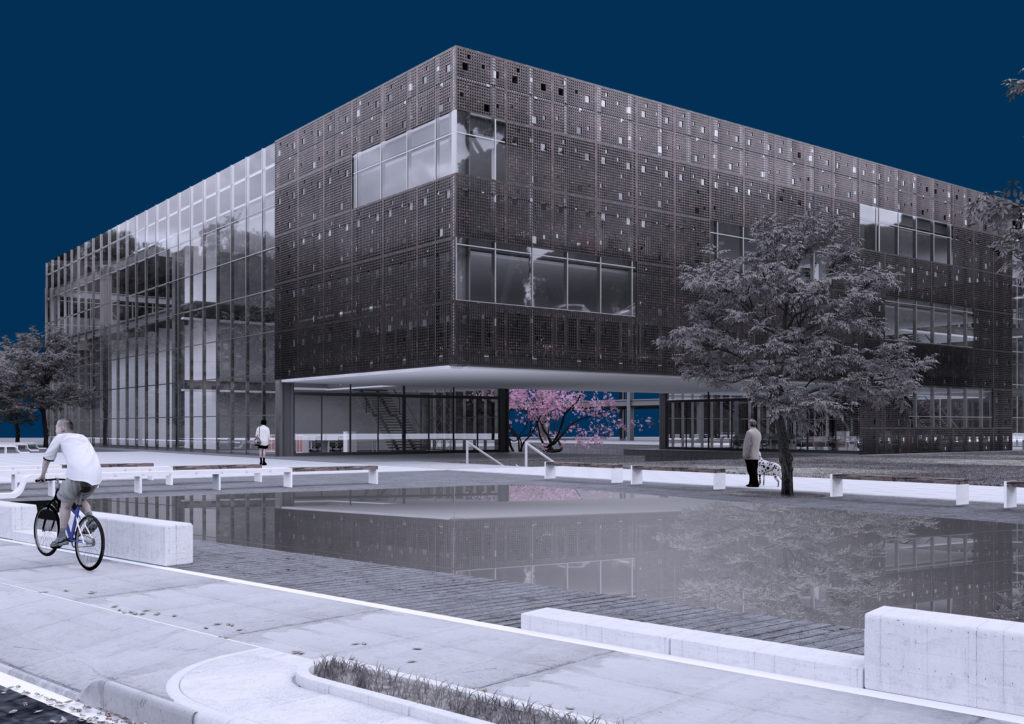 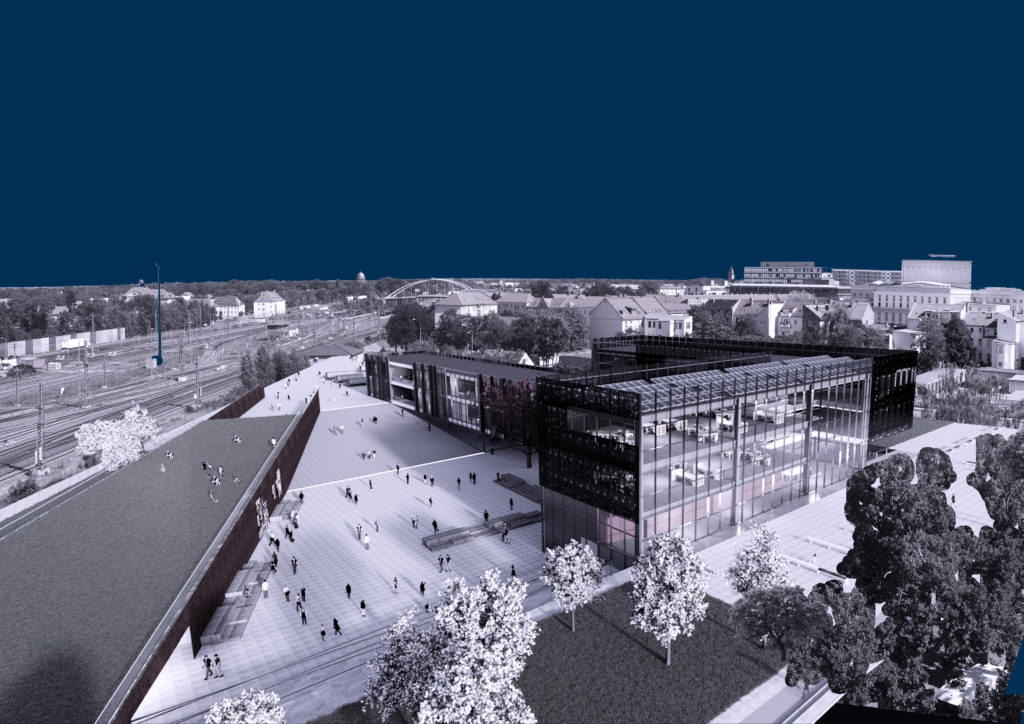 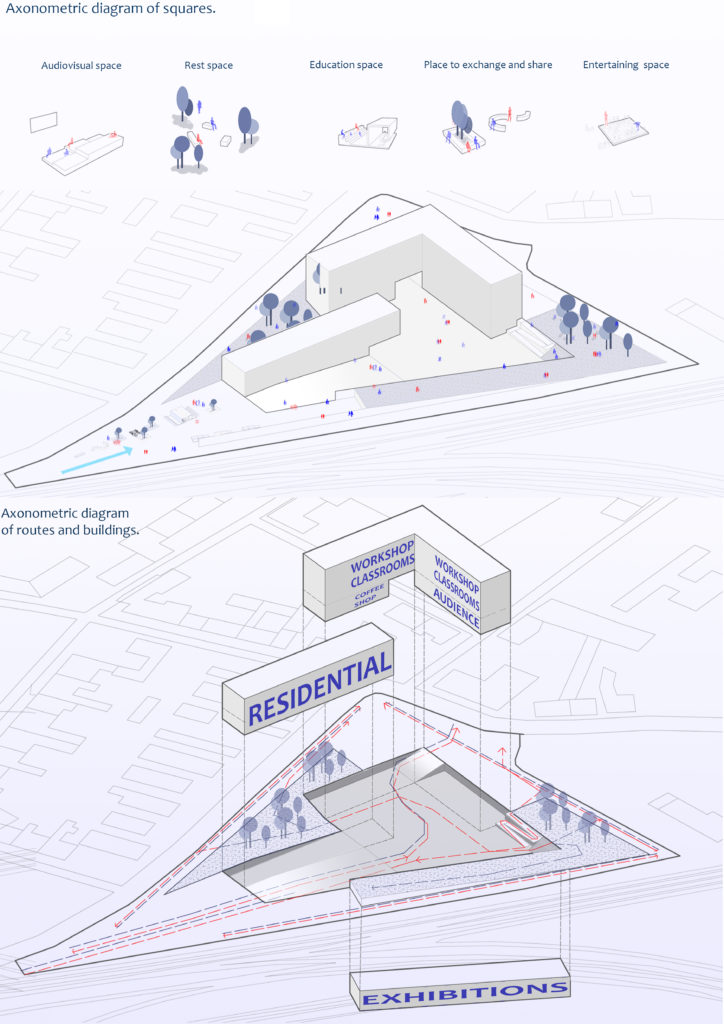 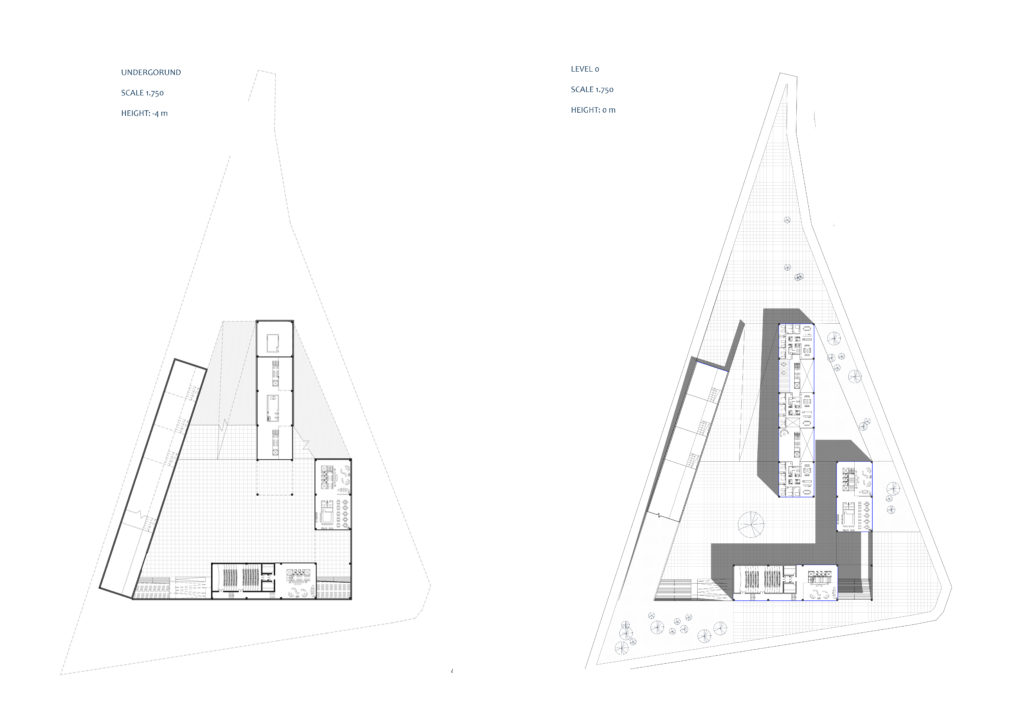 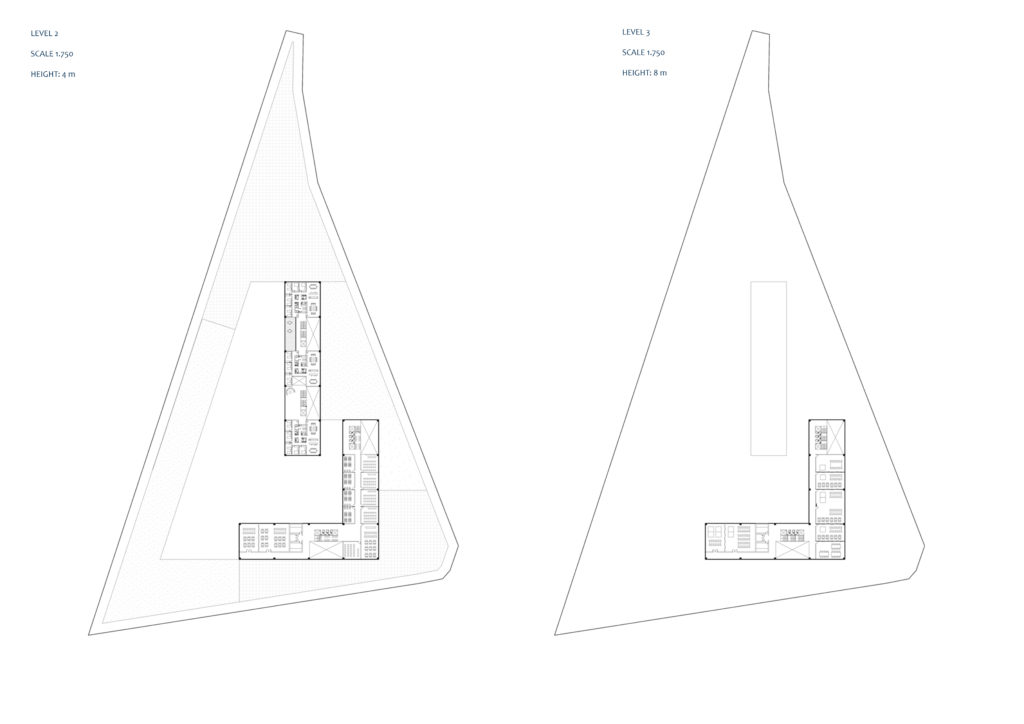