This project was selected as a Finalist by the jury of the Bauhaus Campus 2021 competition. Registration ID #5842 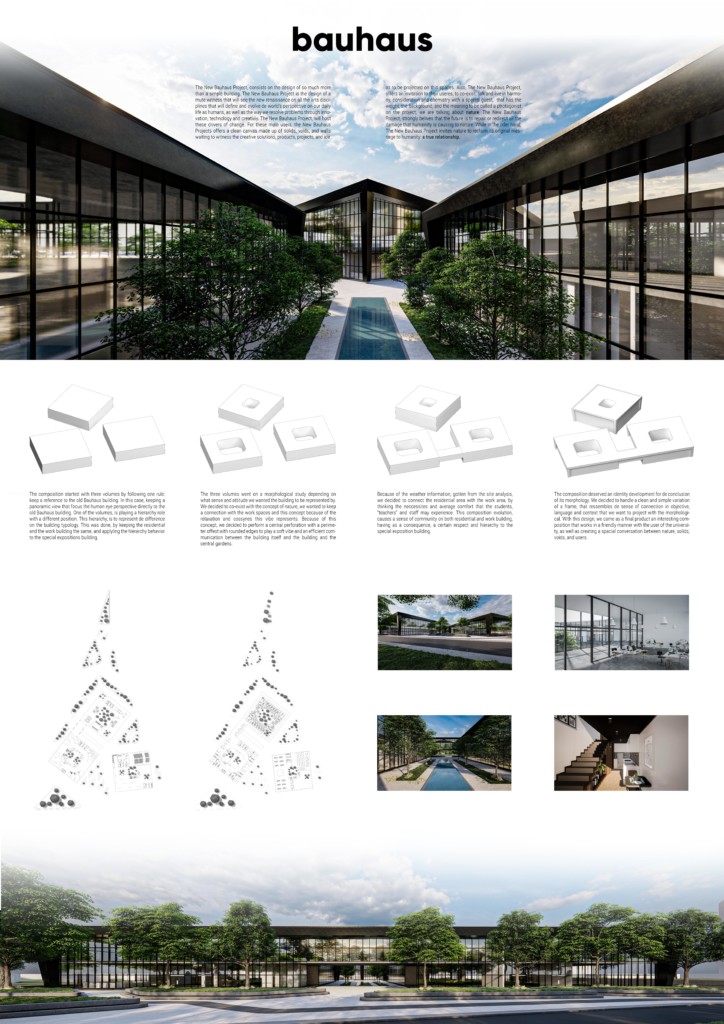 The composition started with three volumes by following one rule: keep a reference to the old Bauhaus building. In this case, keeping a panoramic view that focus the human eye perspective directly to the old Bauhaus building. One of the volumes, is playing a hierarchy role with a different position. This hierarchy, is to represent the difference on the building typology. This was done, by keeping the residential and the work building the same, and applyling the hierarchy behavior to the special expositions building.

The three volumes went on a morphological study depending on what sense and attitude we wanted the building to be represented by. We decided to co-exist with the concept of nature, we wanted to keep a connection with the work spaces and this concept because of the relaxation and cossynes this vibe represents. Because of this concept, we decided to perform a central perforation with a perimeter offest with rounded edges to play a soft vibe and an efficient communication between the building itself and the building and the central gardens.

Because of the weather information, gotten from the site analysis, we decided to connect the residential area with the work area, by thinking the neccessites and average comfort that the students, “teachers” and staff may experience. This composition evolution, causes a sense of community on both residential and work building, having as a consequence, a certain respect and hierarchy to the special exposition building.

The composition deserved an identity development for de conclusion of its morphology. We decided to handle a clean and simple variation of a frame, that ressembles de sense of connection in objective, language and context that we want to project with the morphological. With this design, we came as a final product an interesting composition that works in a friendly manner with the user of the university, as well as creating a spacial conversation between nature, solids, voids, and users. 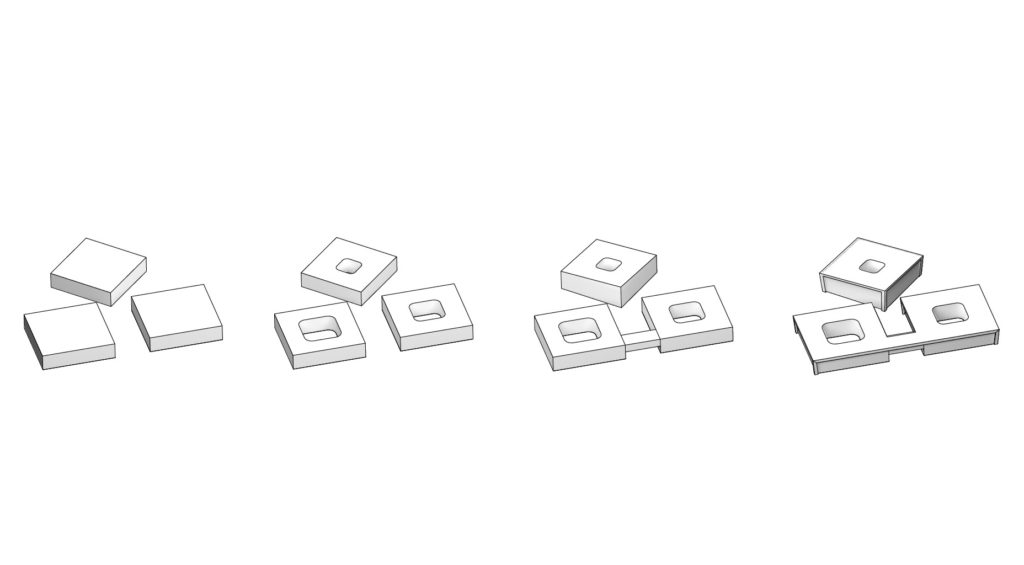 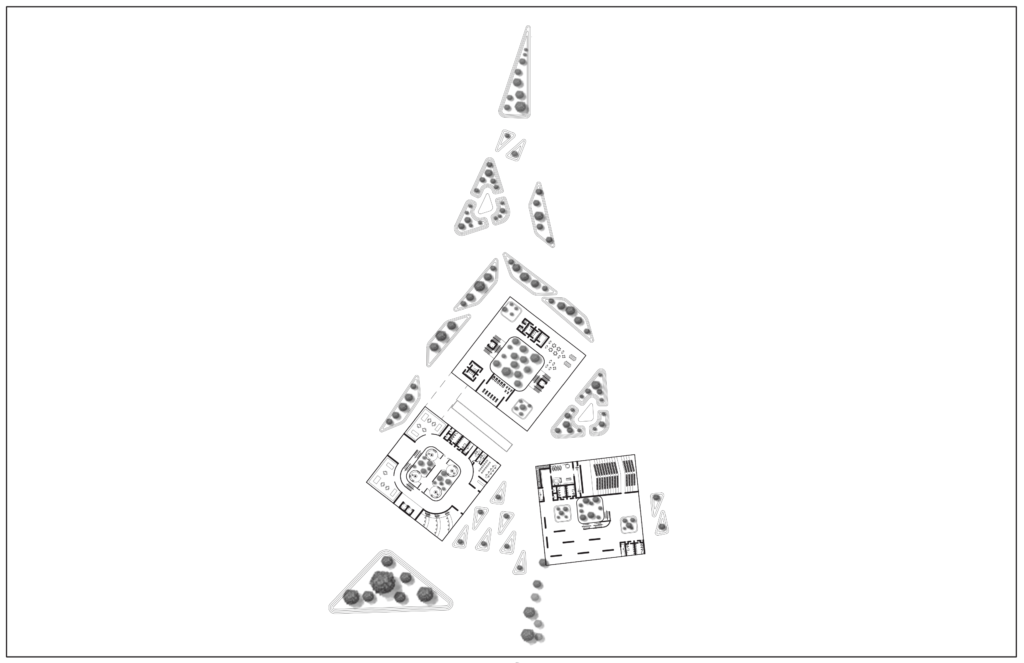 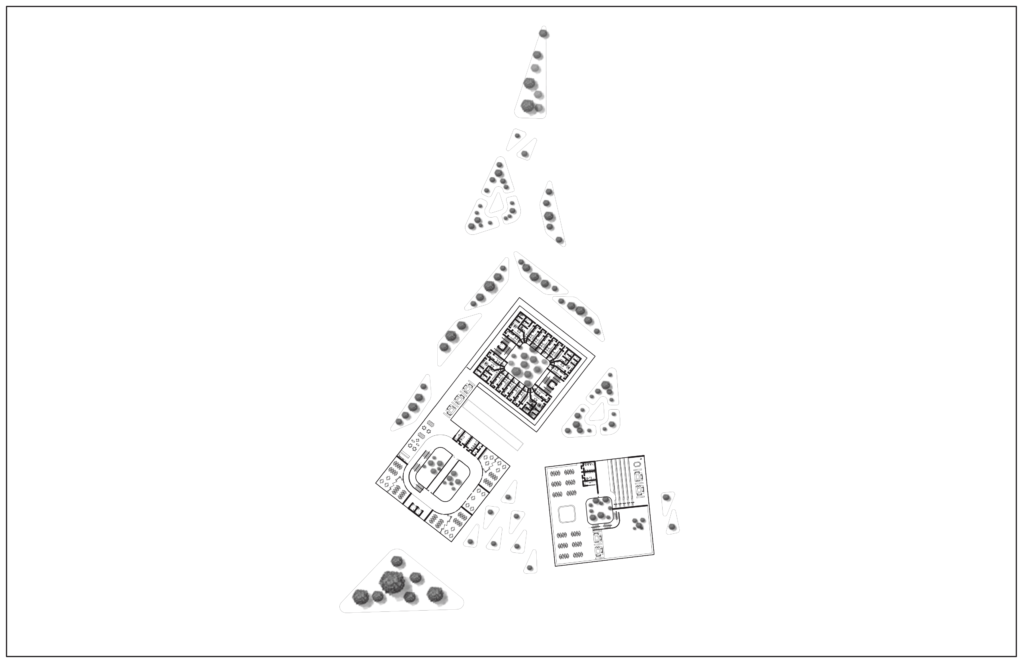 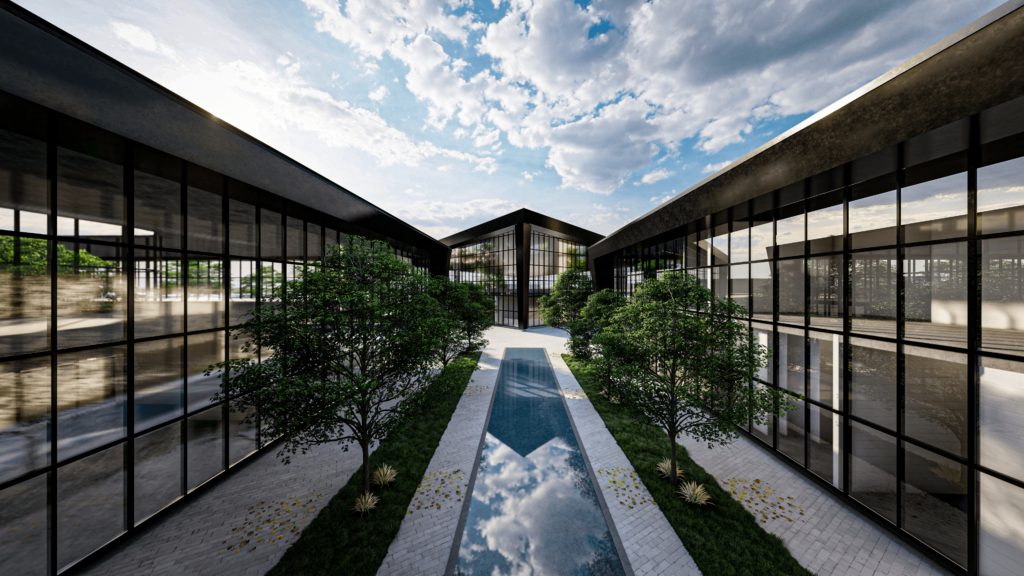 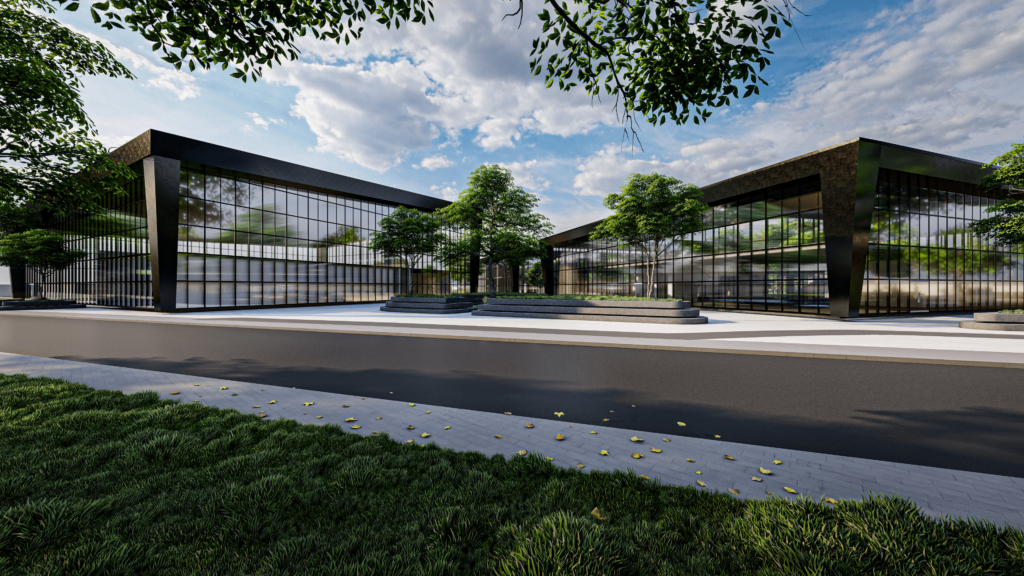 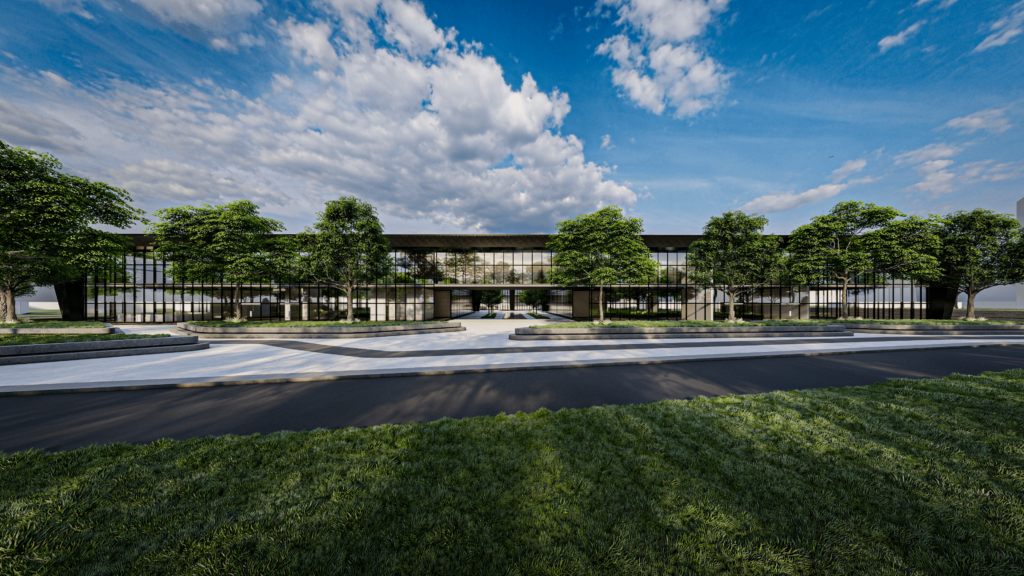 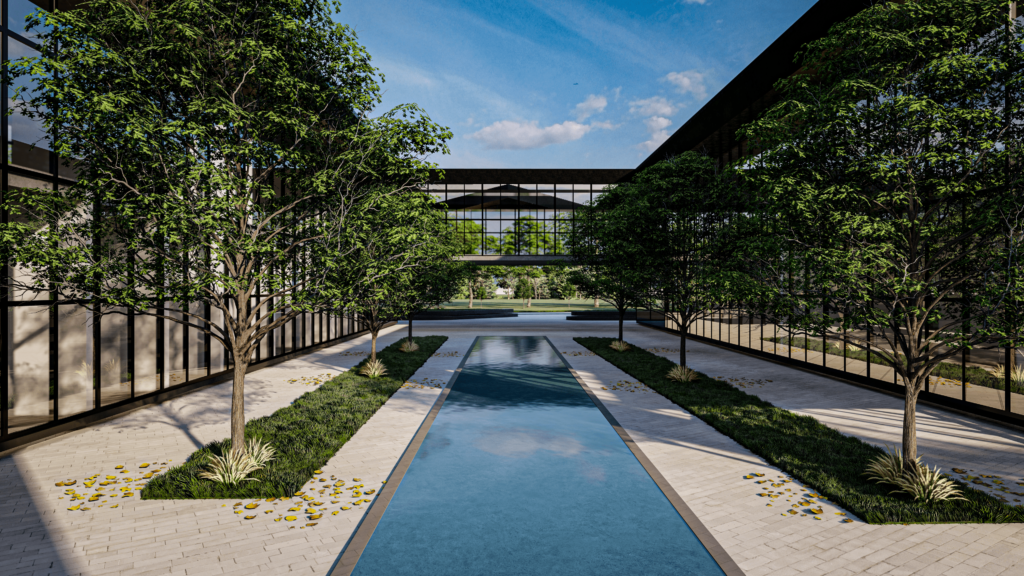 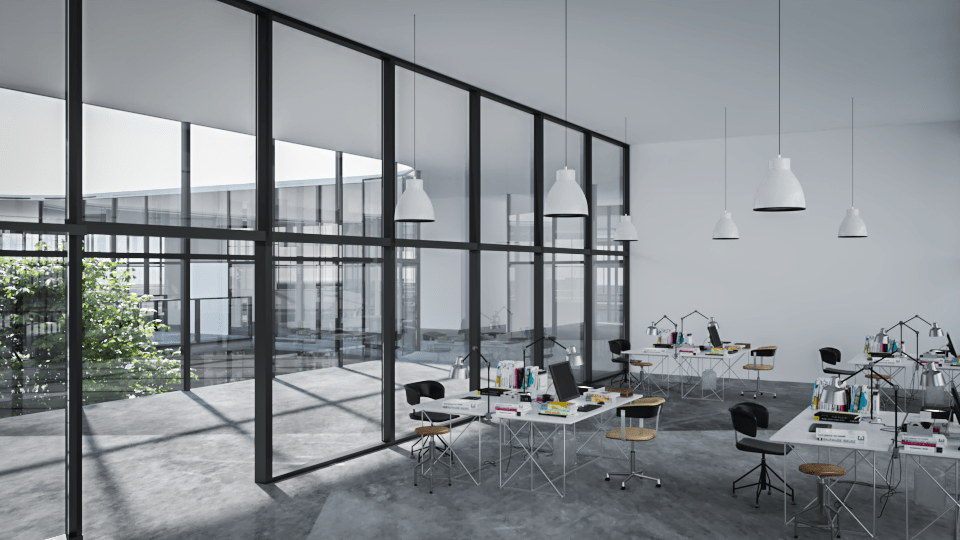