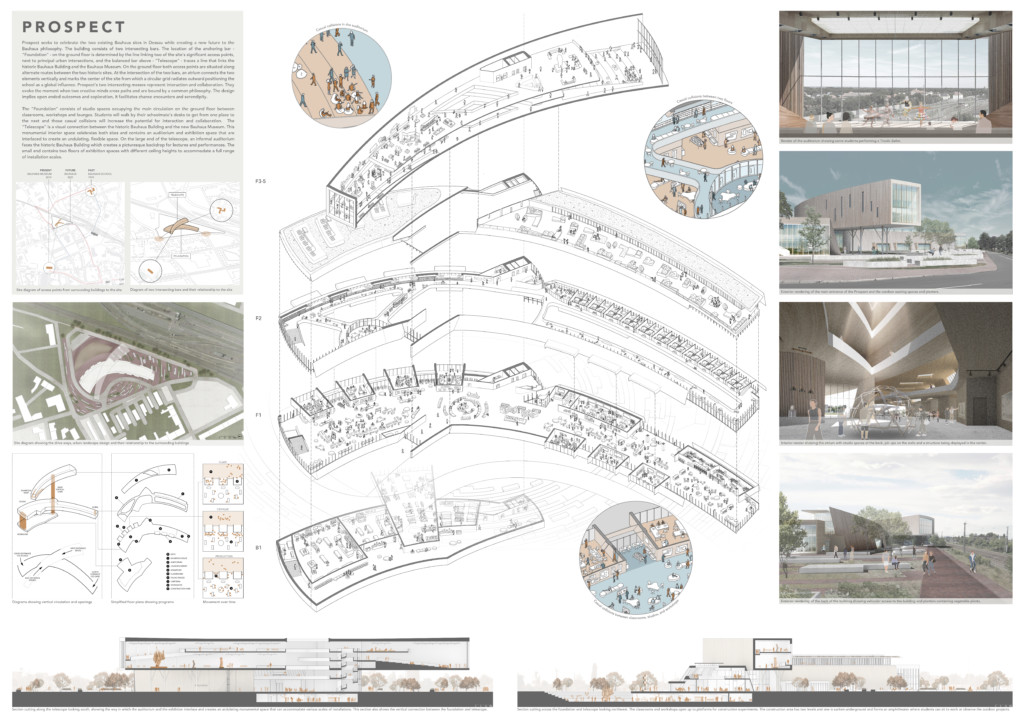 Prospect seeks to celebrate the two existing Bauhaus sites in Dessau while creating a new future to the Bauhaus philosophy. The building consists of two intersecting bars. The location of the anchoring bar – “Foundation” – on the ground floor is determined by the line linking two of the site’s significant access points, next to principal urban intersections, and the balanced bar above – “Telescope” – traces a line that links the historic Bauhaus Building and the Bauhaus Museum. On the ground floor both access points are situated along alternate routes between the two historic sites. At the intersection of the two bars, an atrium connects the two elements vertically and marks the center of the site from which a circular grid radiates outward positioning the school as a global influence. Prospect’s two intersecting masses represent interaction and collaboration. They evoke the moment when two creative minds cross paths and are bound by a common philosophy. The design implies open ended outcomes and exploration, it facilitates chance encounters and serendipity.

The “Foundation” consists of studio spaces occupying the main circulation on the ground floor between classrooms, workshops and lounges. Students will walk by their schoolmate’s desks to get from one place to the next and those casual collisions will increase the potential for interaction and collaboration.

The “Telescope” is a visual connection between the historic Bauhaus Building and the new Bauhaus Museum. This monumental interior space celebrates both sites and contains an auditorium and exhibition spaces that are interlaced to create an undulating, flexible space. On the large end of the telescope, an informal auditorium faces the historic Bauhaus Building which creates a picturesque backdrop for lectures and performances. The small end contains two floors of exhibition spaces with different ceiling heights to accommodate a full range of installation scales. 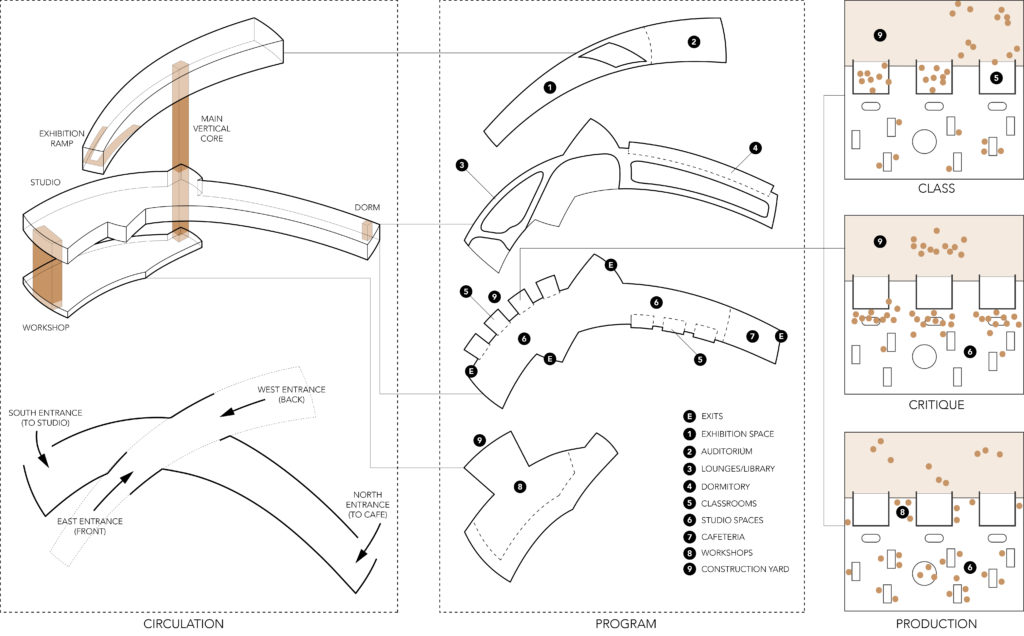 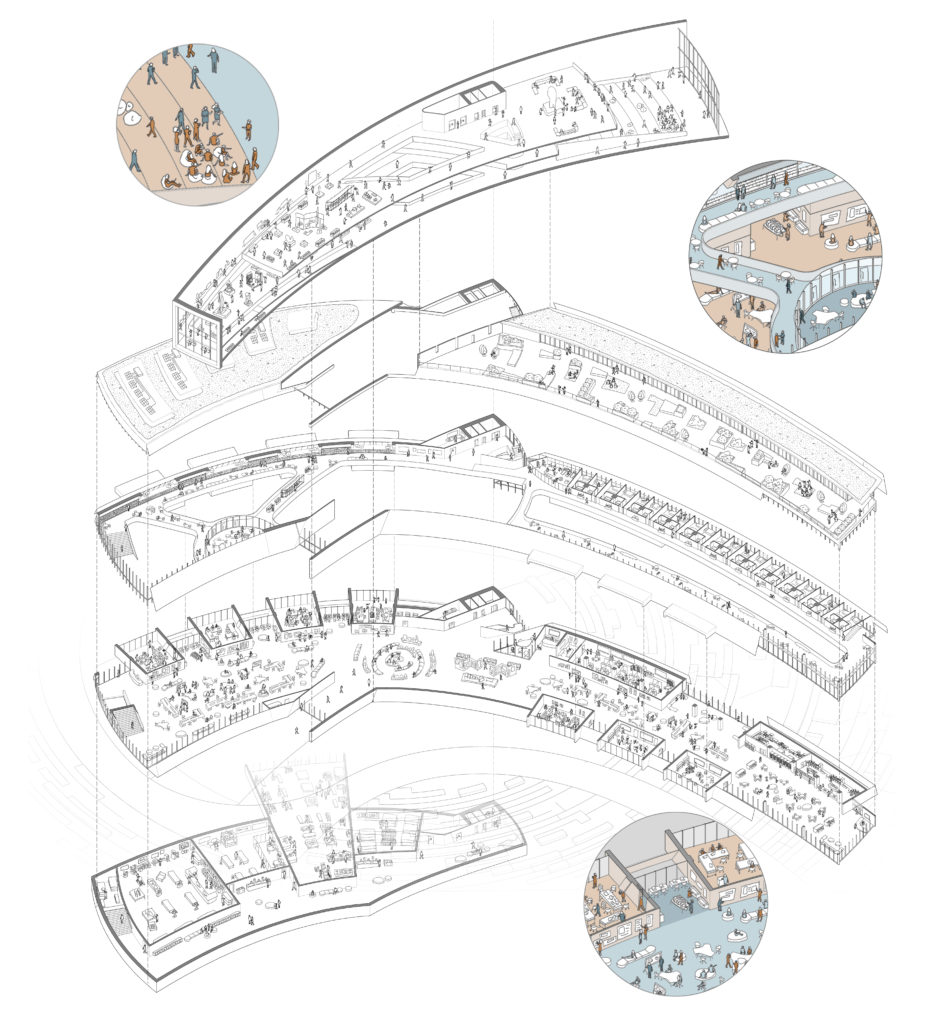 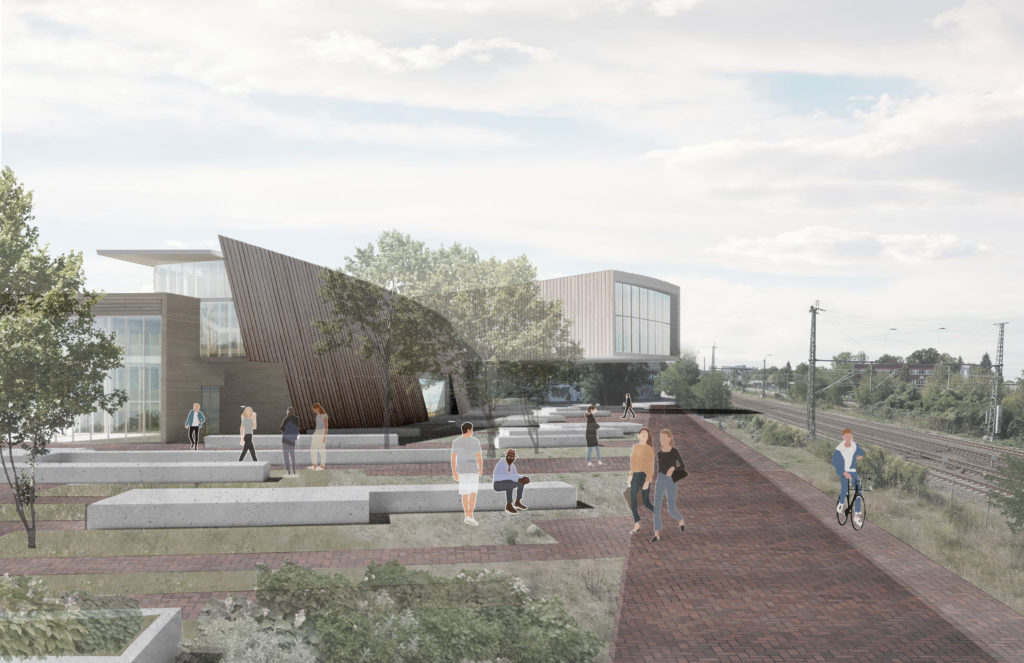 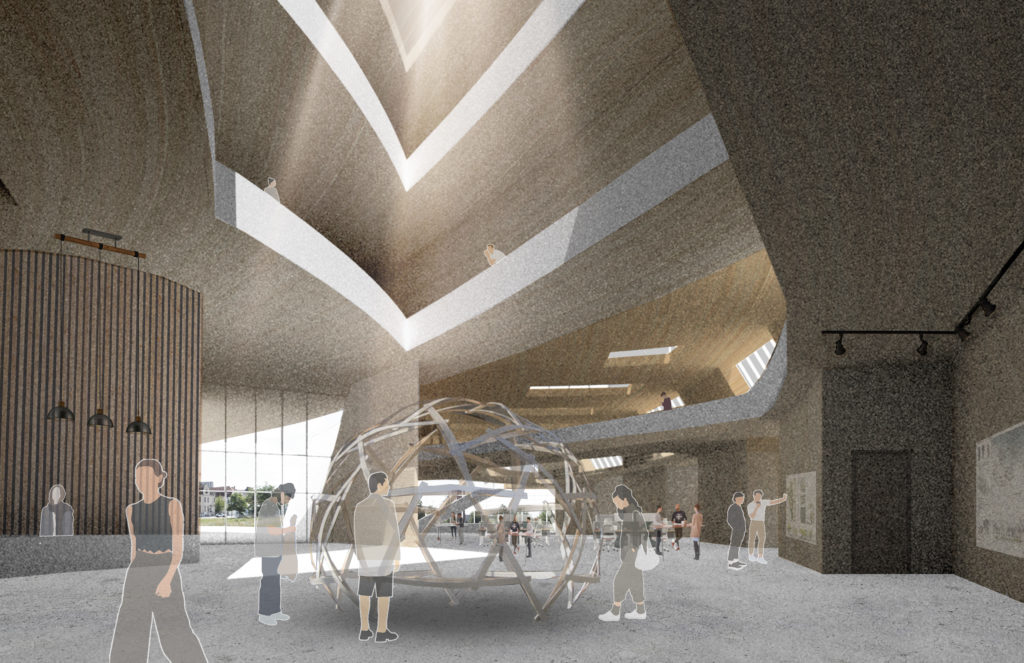 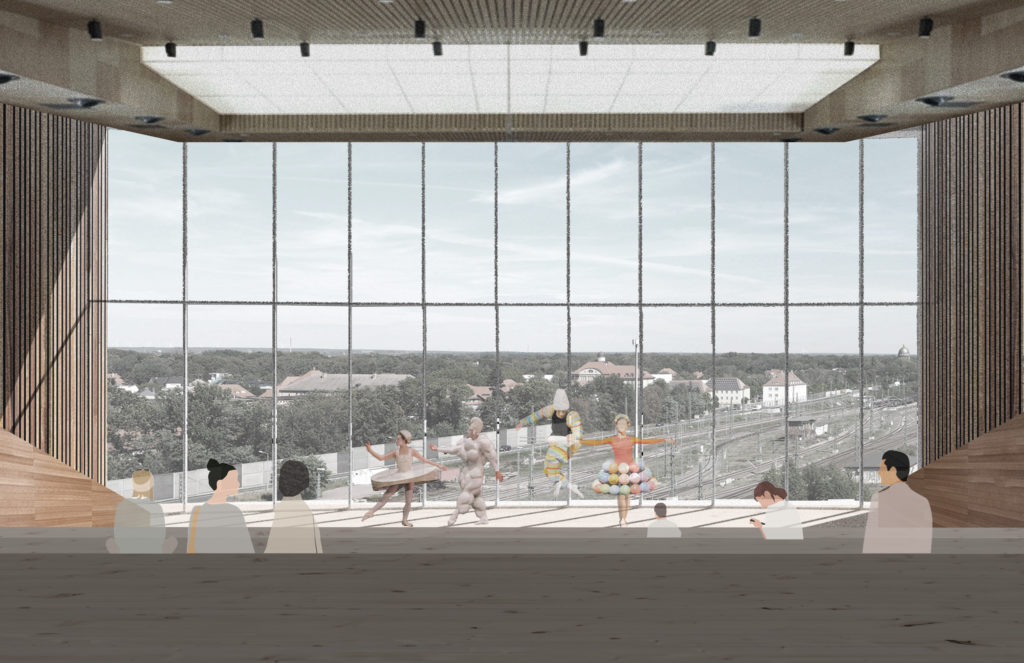 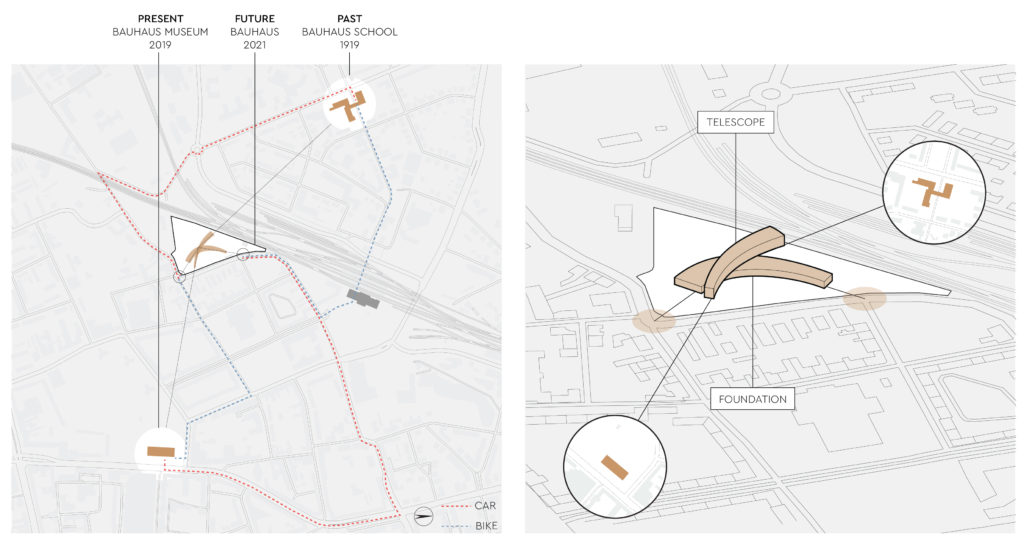 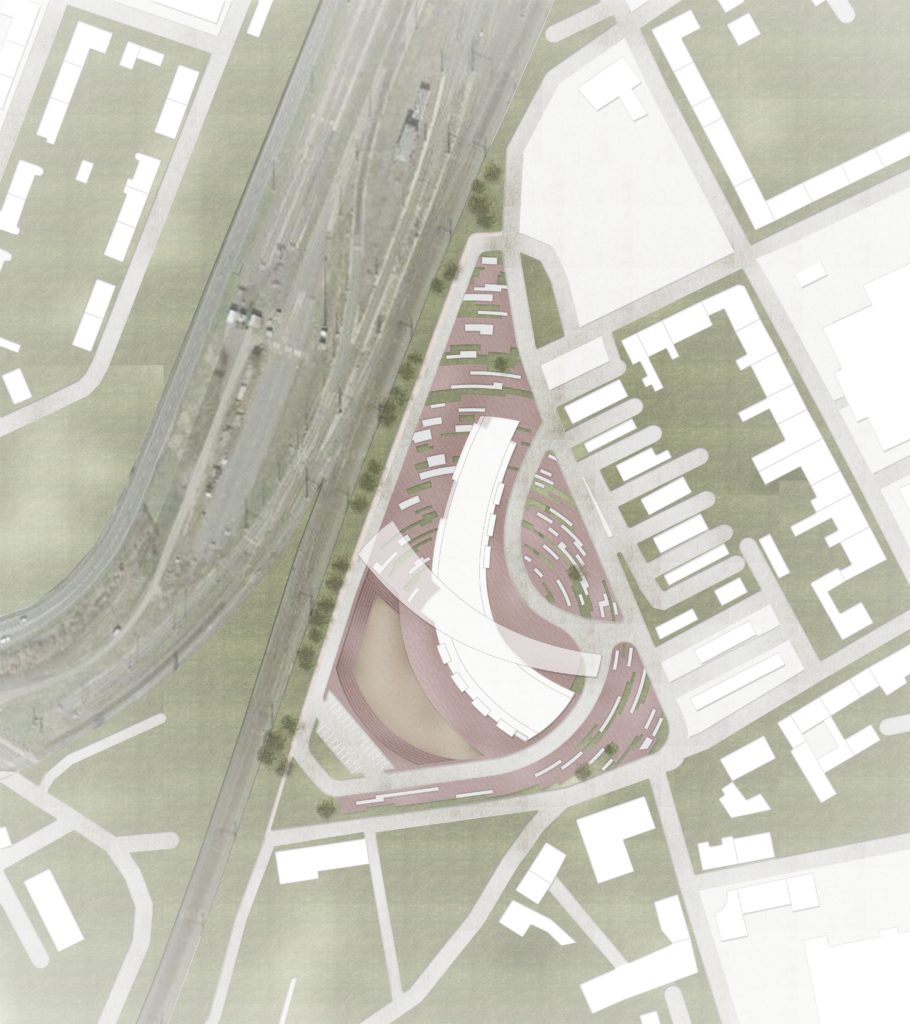