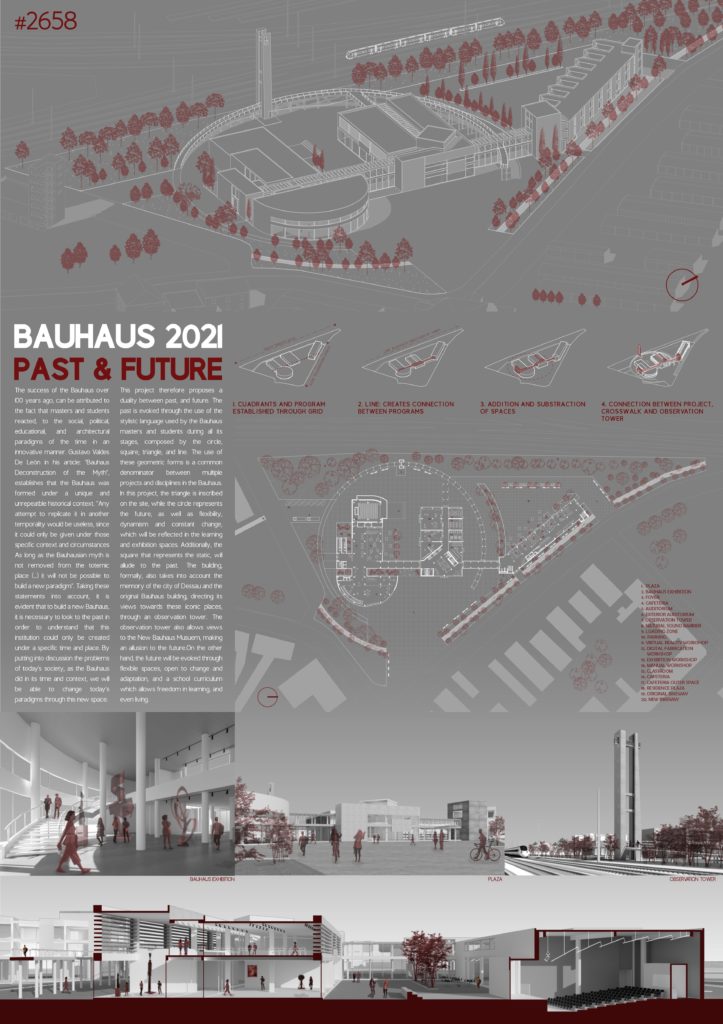 The success of the Bauhaus over 100 years ago, can be attributed to the fact that masters and students reacted, to the social, political, educational, and architectural paradigms of the time in an innovative manner. Gustavo Valdes De León in his article: “Bauhaus Deconstruction of the Myth”, establishes that the Bauhaus was formed under a unique and unrepeatble historical context. “Any attempt to replicate it in another temporality would be useless, since it could only be given under those specific context and circumstances As long as the Bauhausian myth is not removed from the totemic place (…) it will not be possible to build a new paradigm”. Taking these statements into account, it is evident that to build a new Bauhaus, it is necessary to look to the past in order to understand that this institution could only be created under a specific time and place. By putting into discussion the problems of today’s society, as the Bauhaus did in its time and context, we will be able to change today’s paradigms through this new space.

This project therefore proposes a duality between past, and future. The past is evoked through the use of the stylistc language used by the Bauhaus masters and students during all its stages, composed by the circle, square, triangle, and line. The use of these geometric forms is a common denominator between multiple projects and disciplines in the Bauhaus.
In this project, the triangle is inscribed on the site, while the circle represents the future, as well as flexibility, dynamism and constant change, which will be reflected in the learning and exhibition spaces. Additionally, the square that represents the static, will allude to the past. The building, formally, also takes into account the memory of the city of Dessau and the original Bauhaus building, directing its views towards these iconic places, through an observation tower. The observation tower also allows views to the New Bauhaus Musuem, making an allusion to the future.On the other hand, the future will be evoked through flexible spaces, open to change and adaptation, and a school curriculum which allows freedom in learning, and even living. 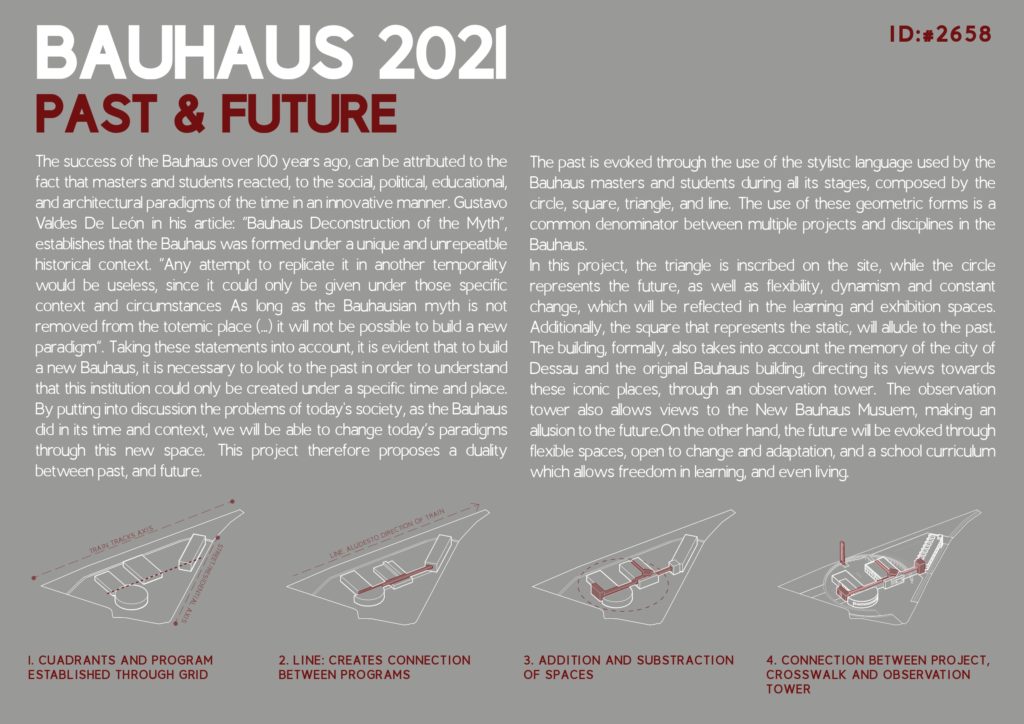 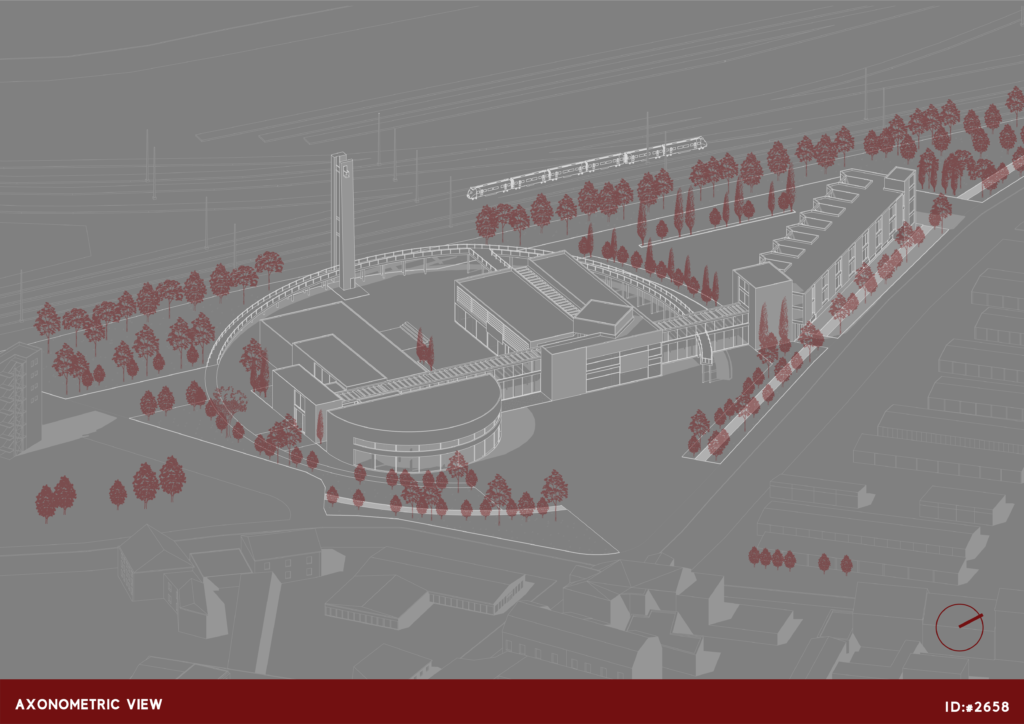 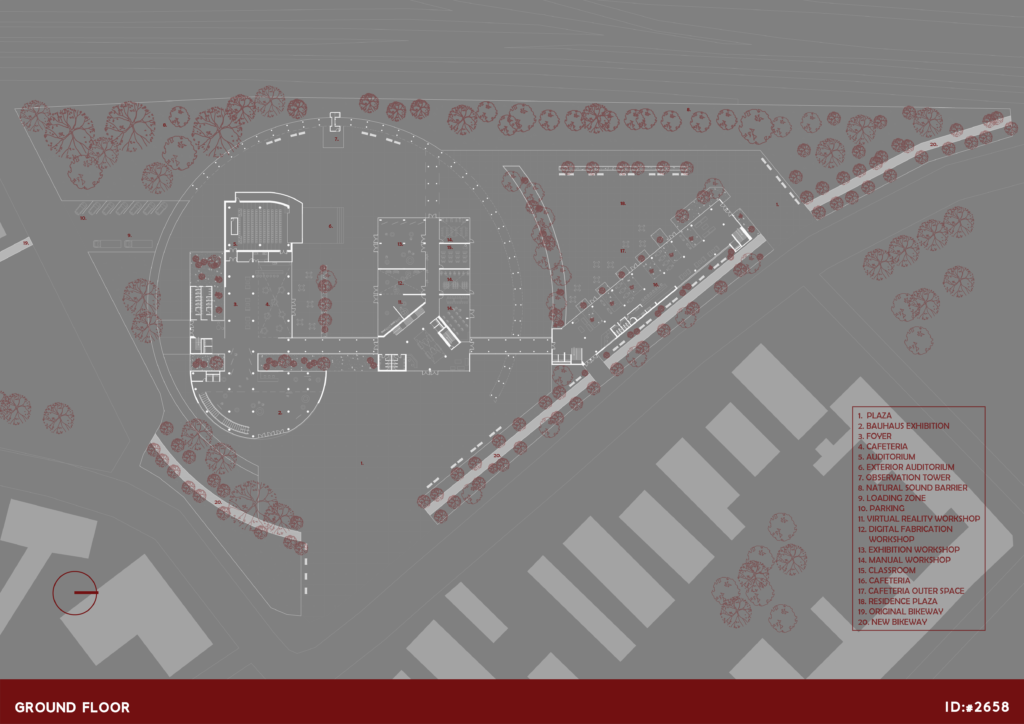 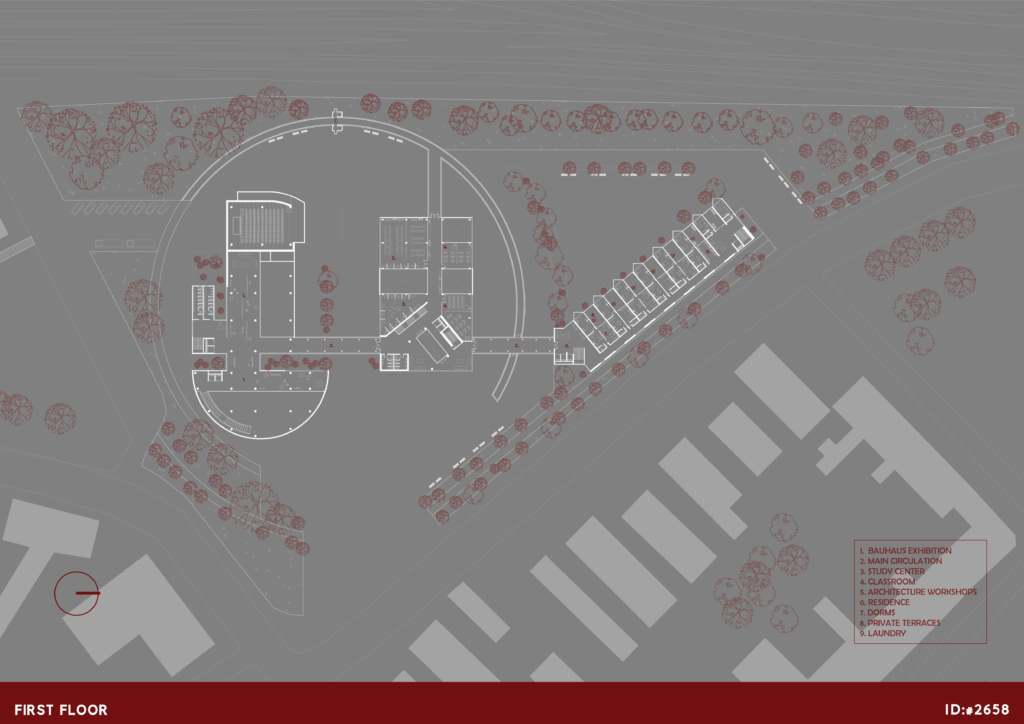 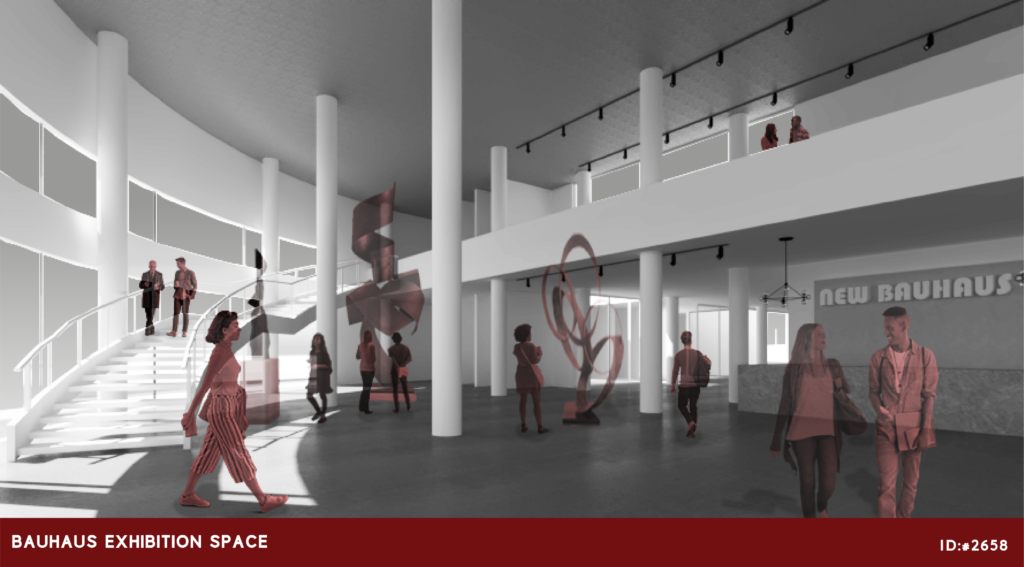 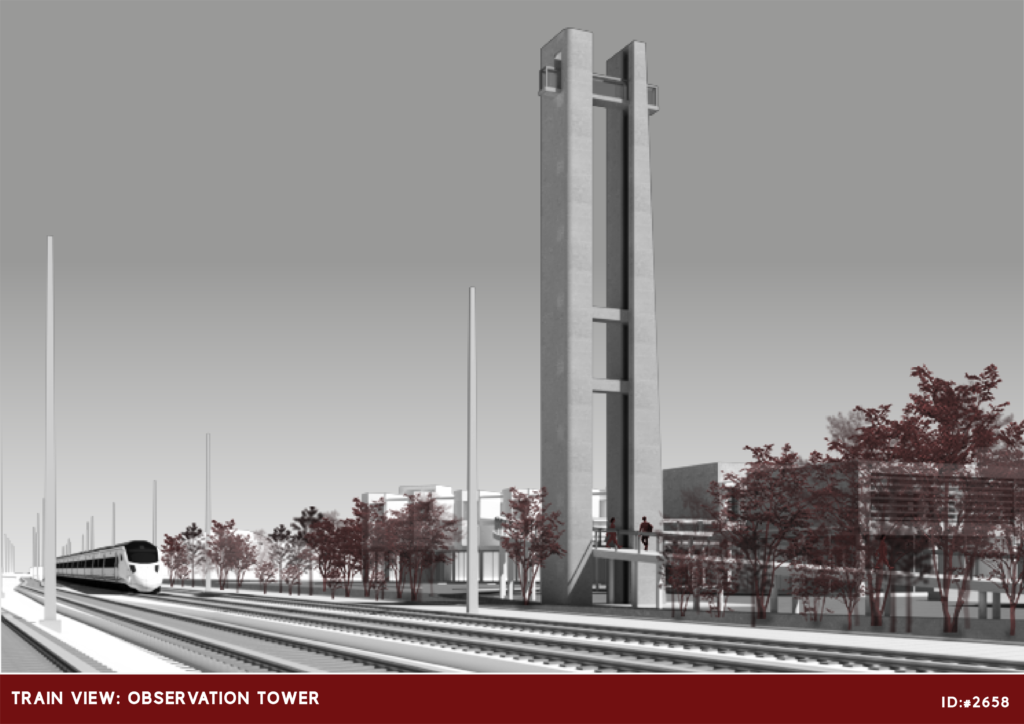