MIES MEMORIAL LIBRARY: A RE-INTERPRETATION OF MIES by Arquitecthores 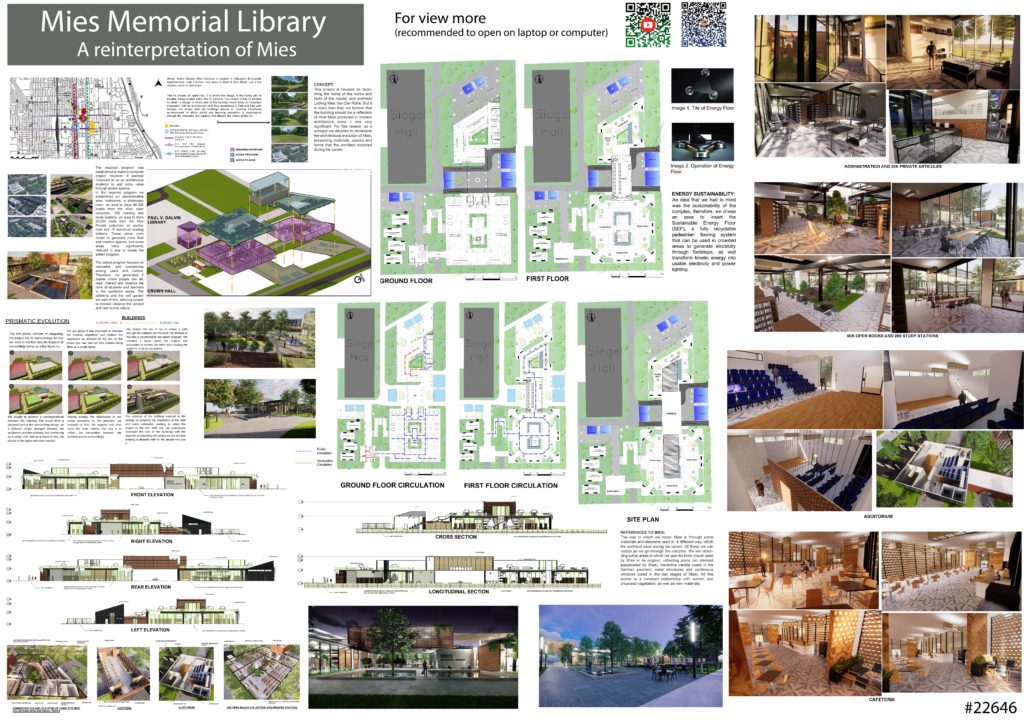 This project is focused on becoming the home of the works and texts of the master and architect Ludwig Mies Van Der Rohe. But it is more than that, we believe that the building should be a reflection of what Mies produced in modern architecture since it was very significant. For this reason, as a concept we decided to reinterpret the architectural evolution of Mies, presenting materials, spaces and forms that the architect explored during his career.

The way in which we honor Mies is through some materials and elements used in a different way, which the architect used during his career. Of these we can realize as we go through the complex. We are observing some areas in which we use red brick (much used by Mies in its origins), reflecting pools (an element appreciated by Mies), travertine marble (used in the German pavilion), metal structures and continuous windows (used in the last stages of Mies). All this added to a constant relationship with current and proposed vegetation, as well as new materials.

The lot chosen as option No. 2 is where the design of the library will be located, being located within the IIT campus. The choice of this lot allowed to obtain a design in which part of the concept would allow an important integration with its environment and thus experience a fluid and free path through the library and the buildings around it, creating transitional environments in which social and learning recreation is experienced through the sidewalks and squares that allowed the choice of this lot.

Notable sites in the area
Parking
Metered parking is available to all visitors and located along Federal Street north and south of 33rd Street, and in the Visitor’s Parking Lot (Lot A4) located at 32nd Street and State Street, on the east side of State Street.

The required program was established to make a complete project, however, it seemed important to us as architecture students to add extra value through added spaces.

In the required program we established an administrative area, restrooms, a photocopy room, an area to store 60,000 books from the Mies open collection, 200 reading and study stations, an area to store 25,000 texts from the Mier Private collection, an auditorium and 15 individual reading stations. These areas were mixed to generate more fluid and creative spaces, and some areas were significantly reduced in size to create the added program.

The added program focuses on recreation and coexistence among users and visitors. Therefore, we generated 3 plazas where people can sit, read, interact and observe the work of students and teachers in the exhibition areas. The cafeteria and the roof garden are part of this, allowing people to interact, observe the context and rest next to nature

An idea that we had in mind was the sustainability of the complex, therefore, we chose an area to insert the Sustainable Energy Floor (SEF), a fully recyclable pedestrian flooring system that can be used in crowded areas to generate electricity through footsteps, as well transform kinetic energy into usable electricity and power lighting. 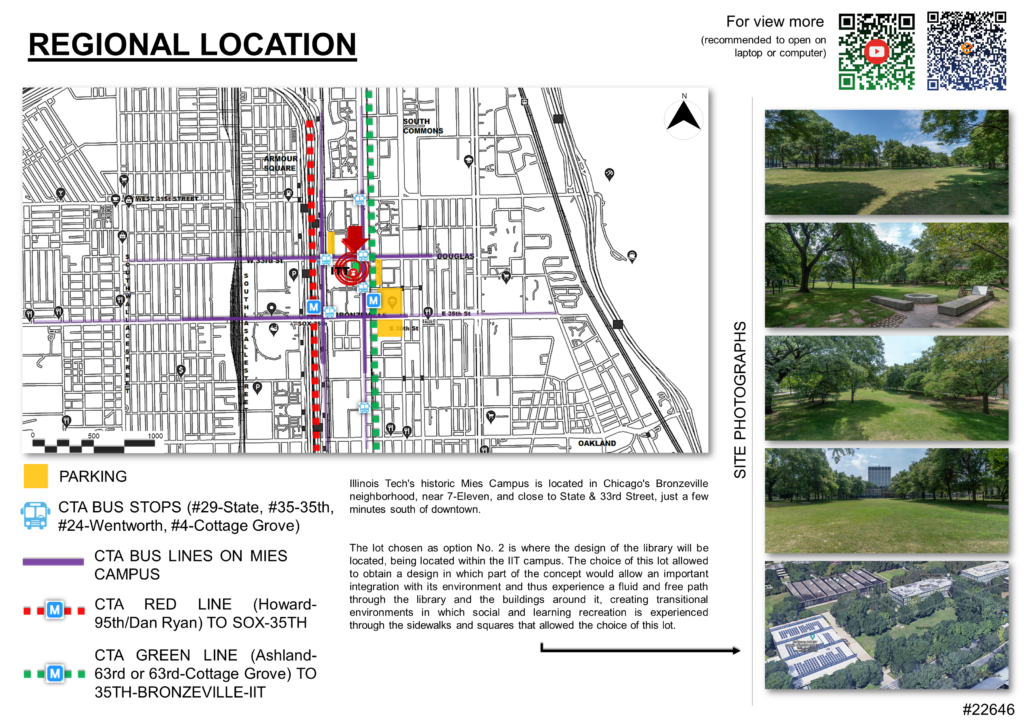 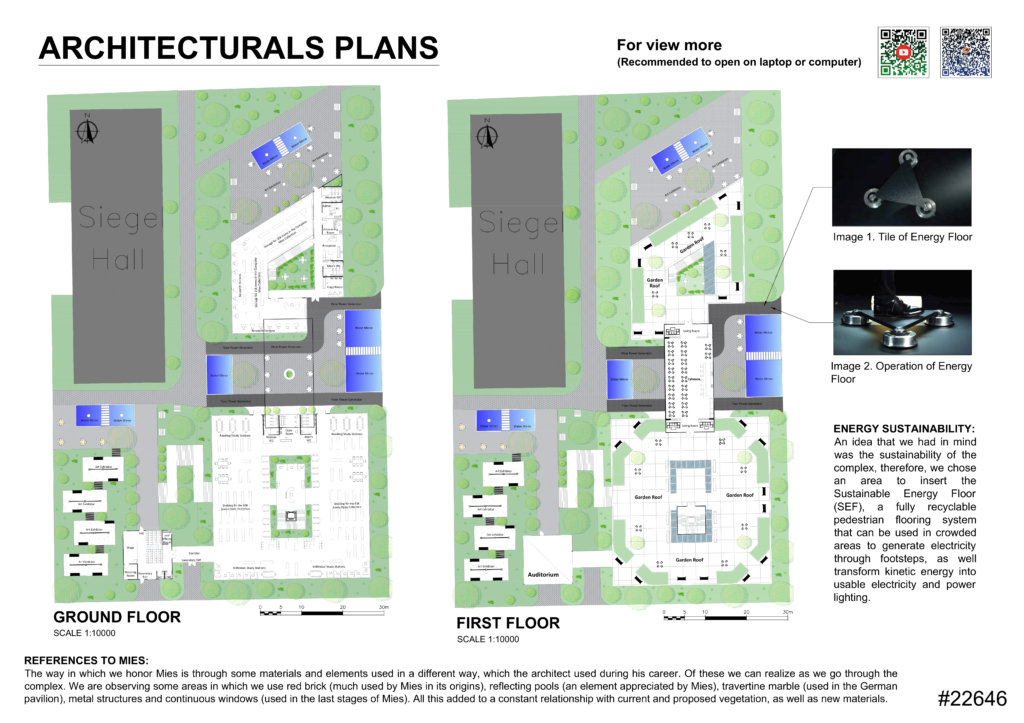 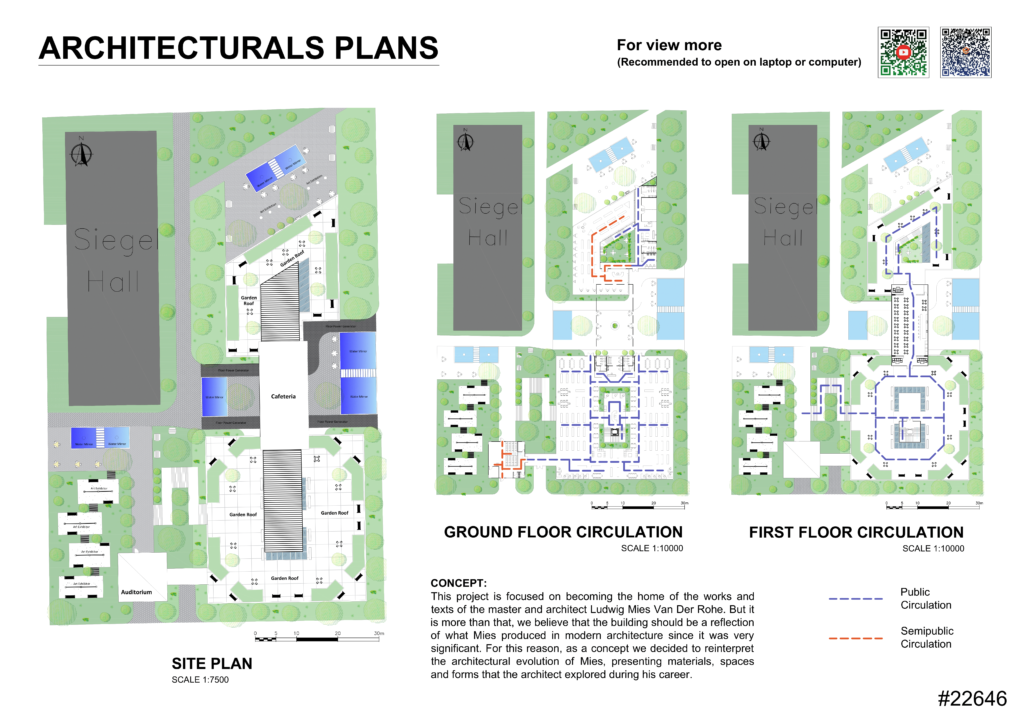 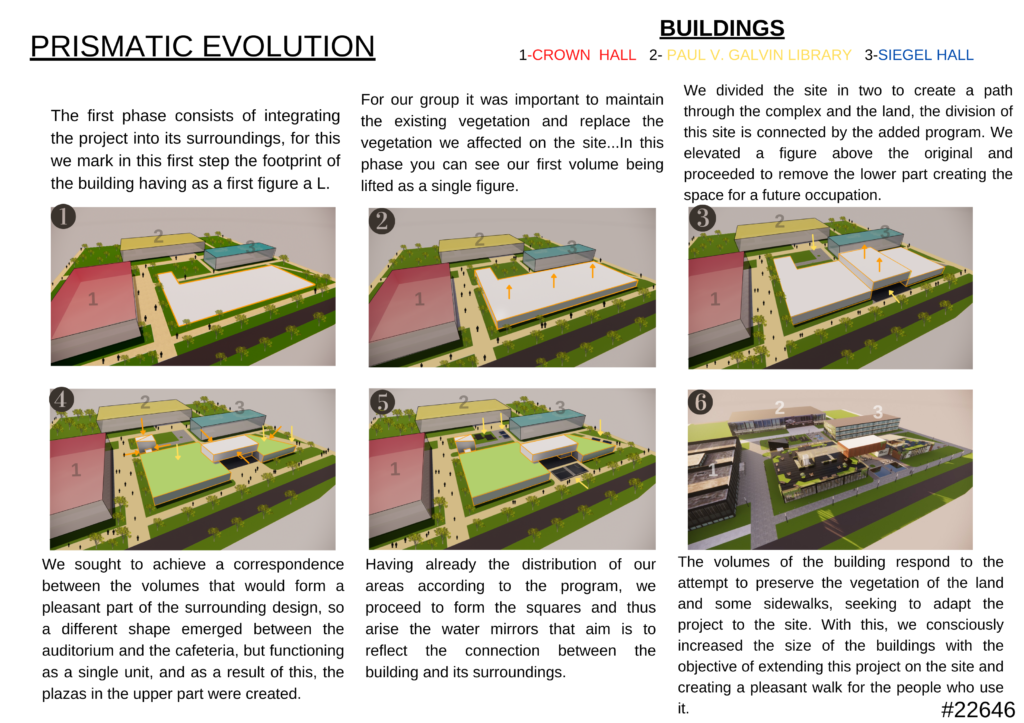 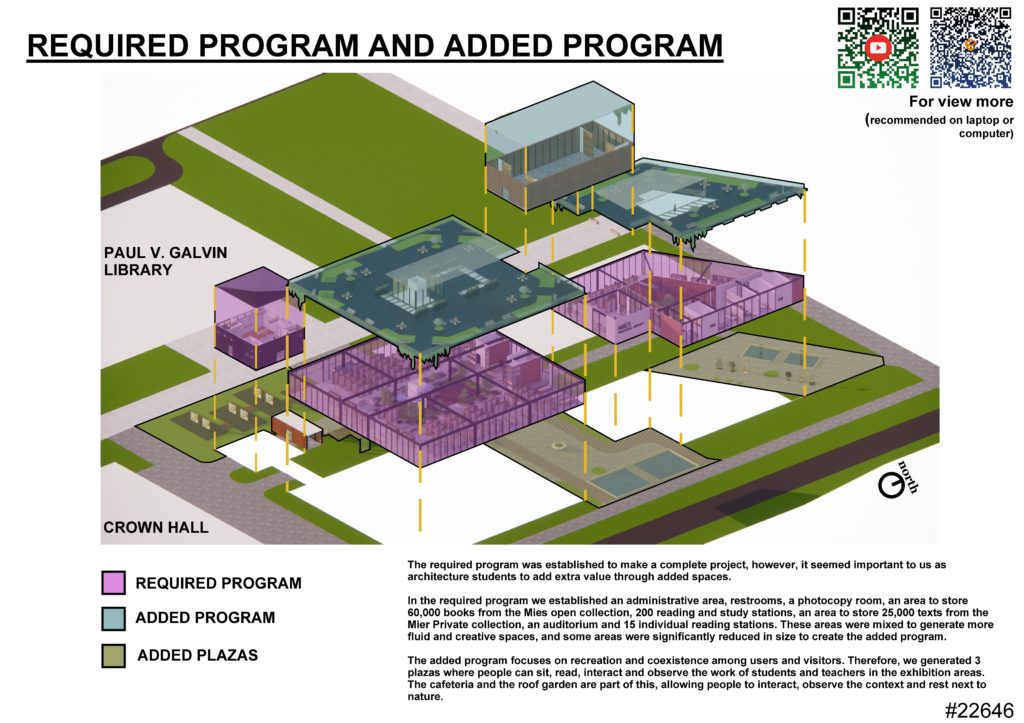 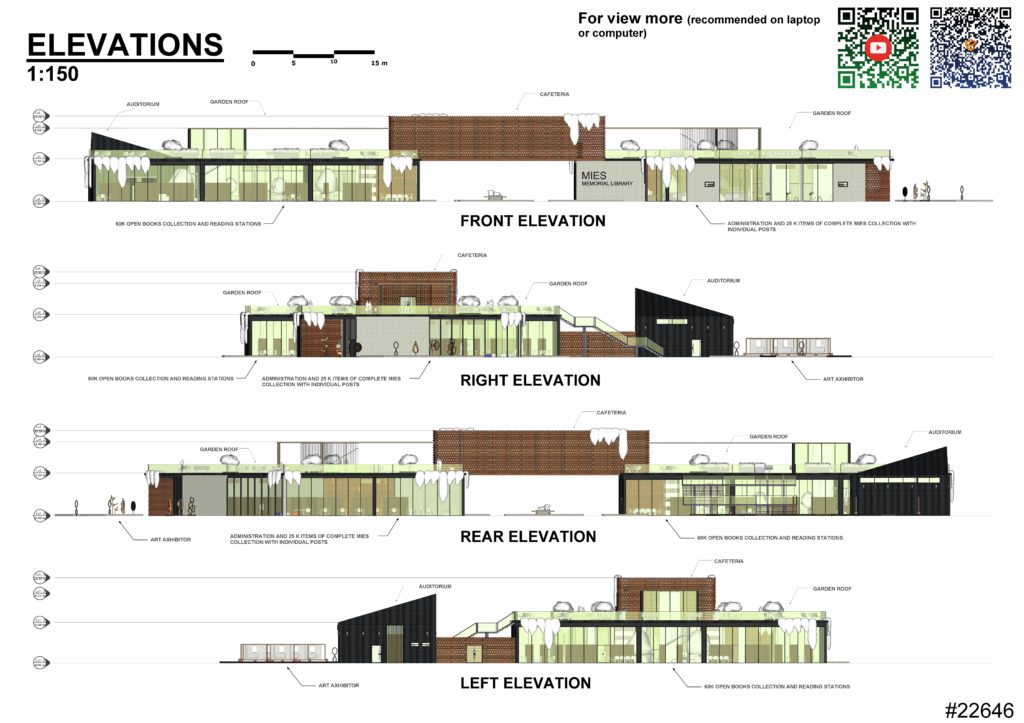 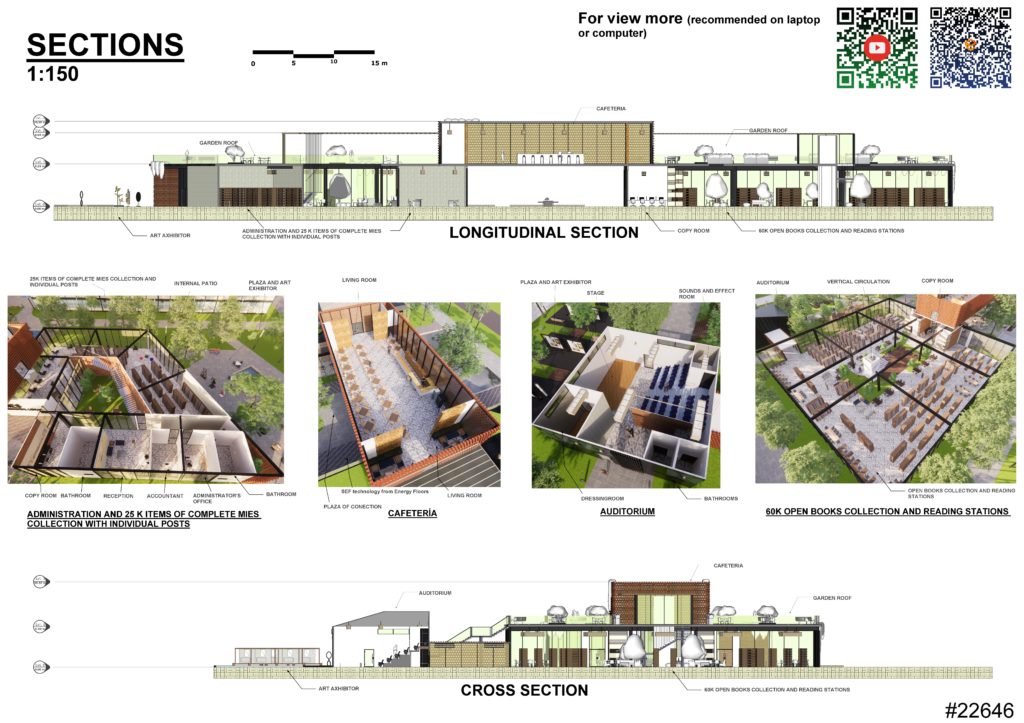 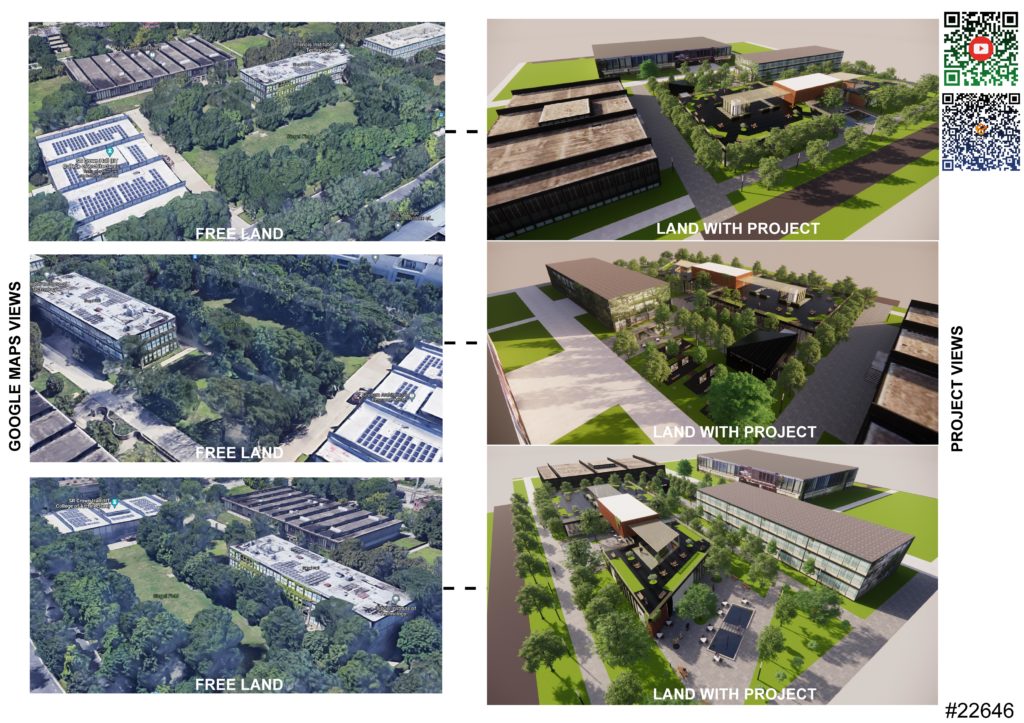 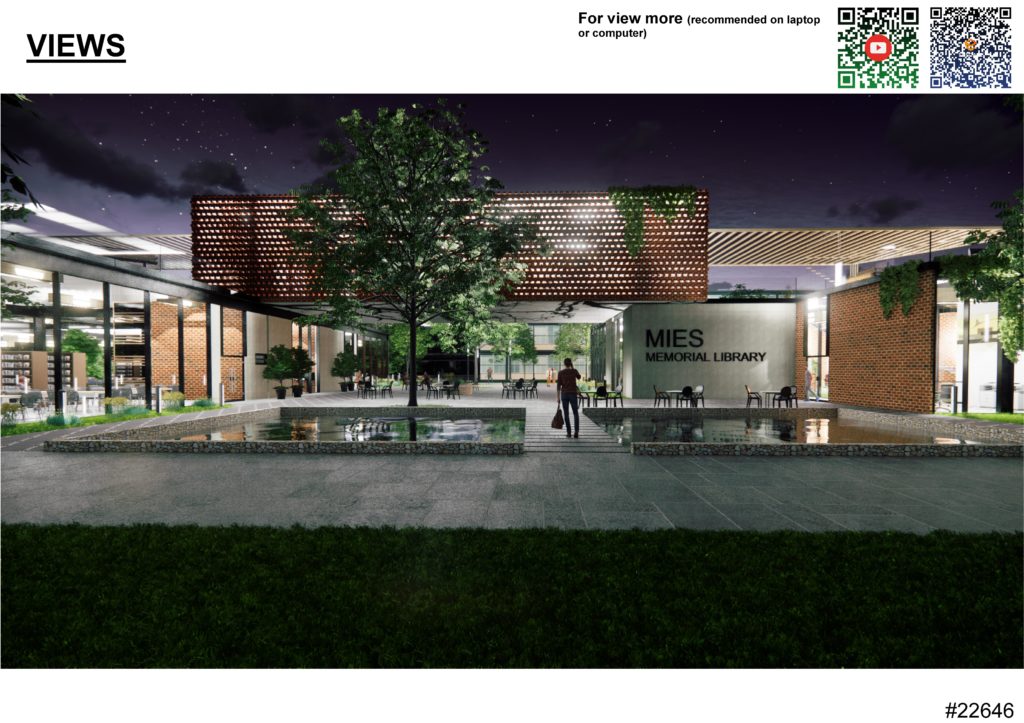 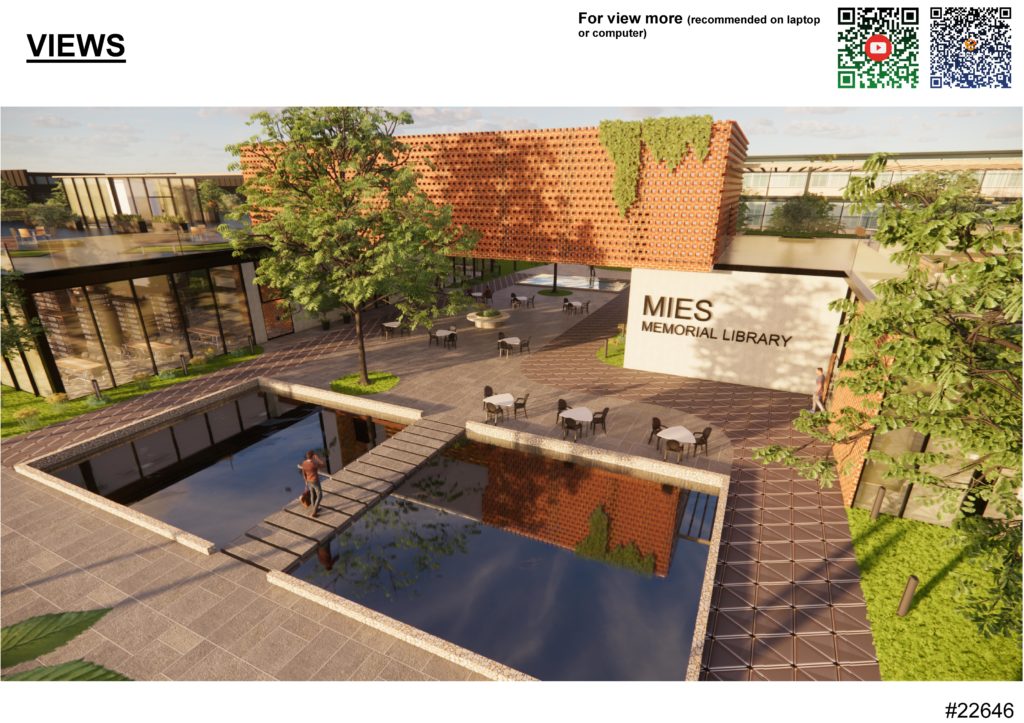 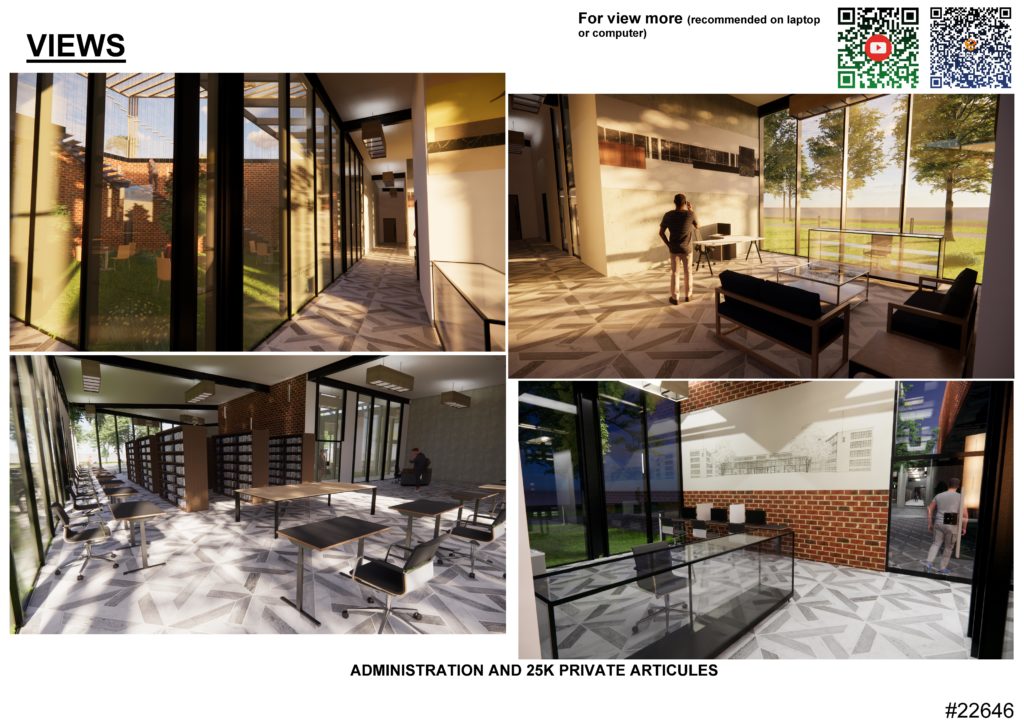 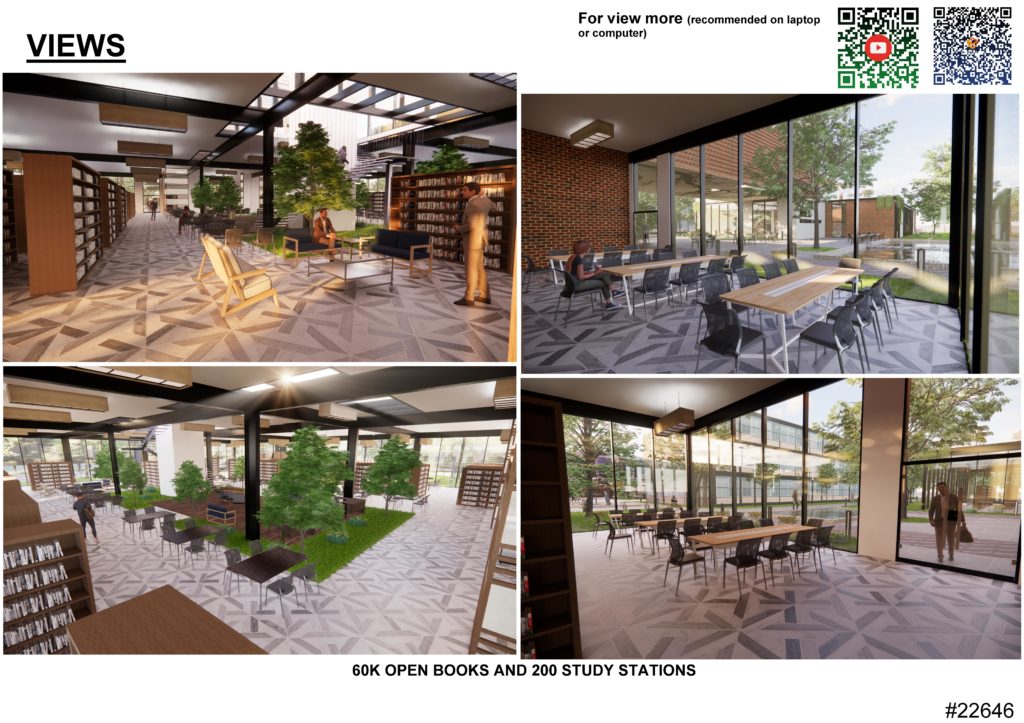 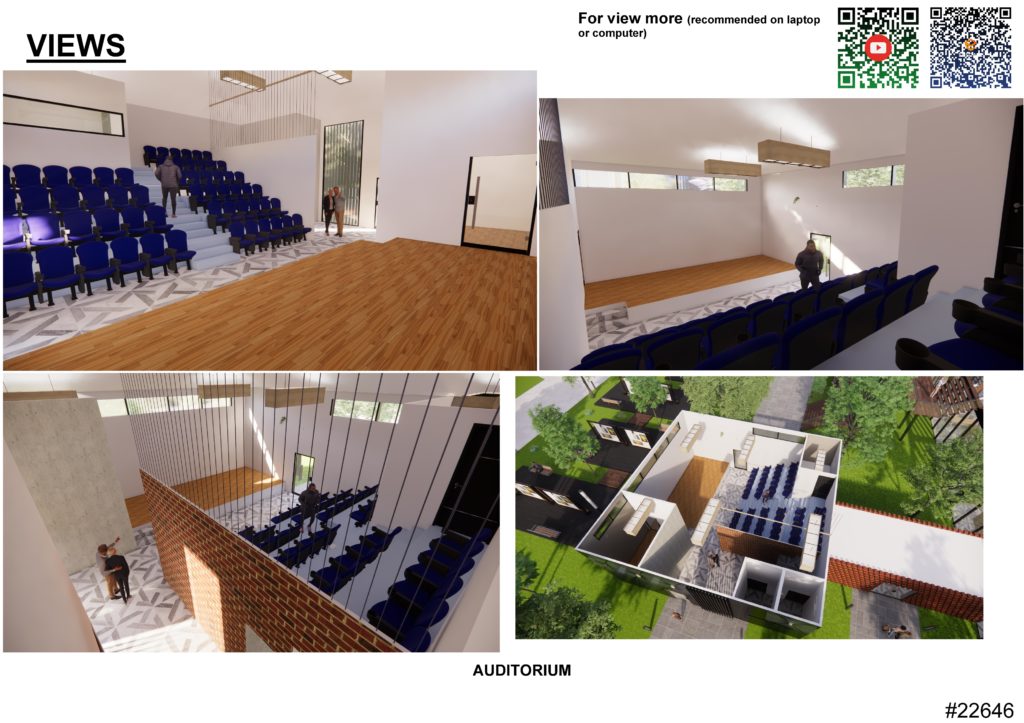 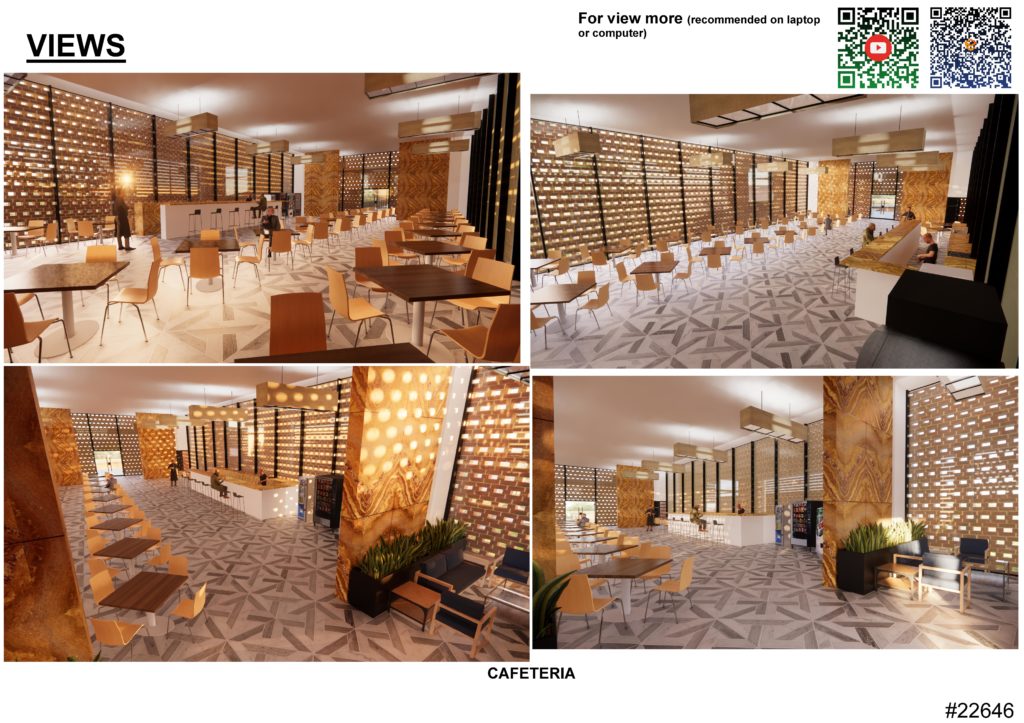 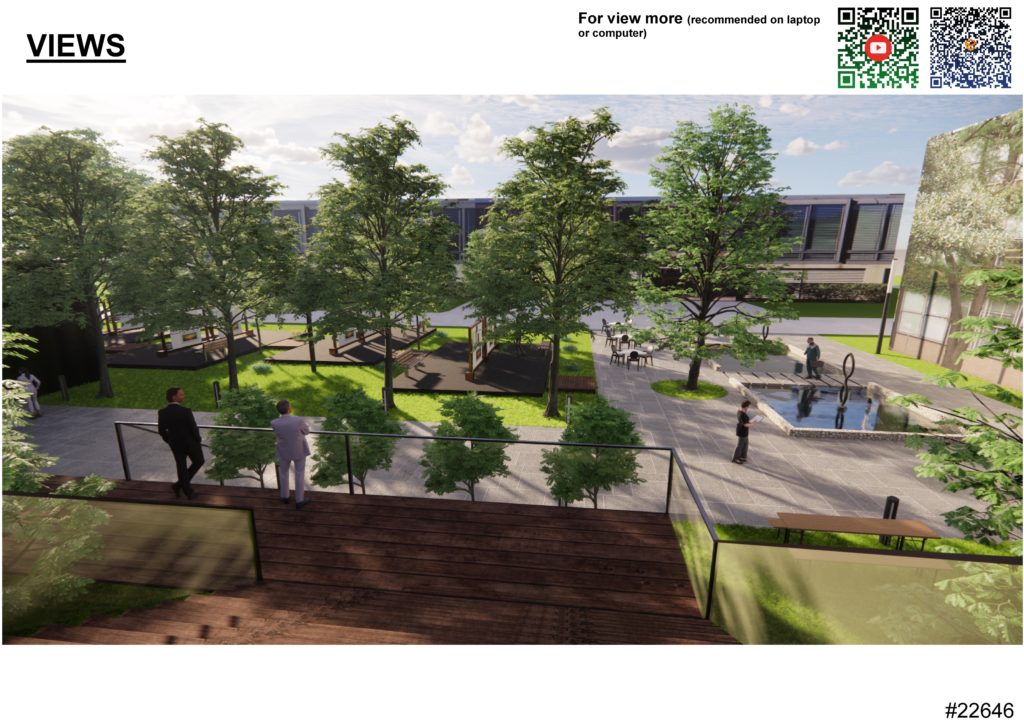 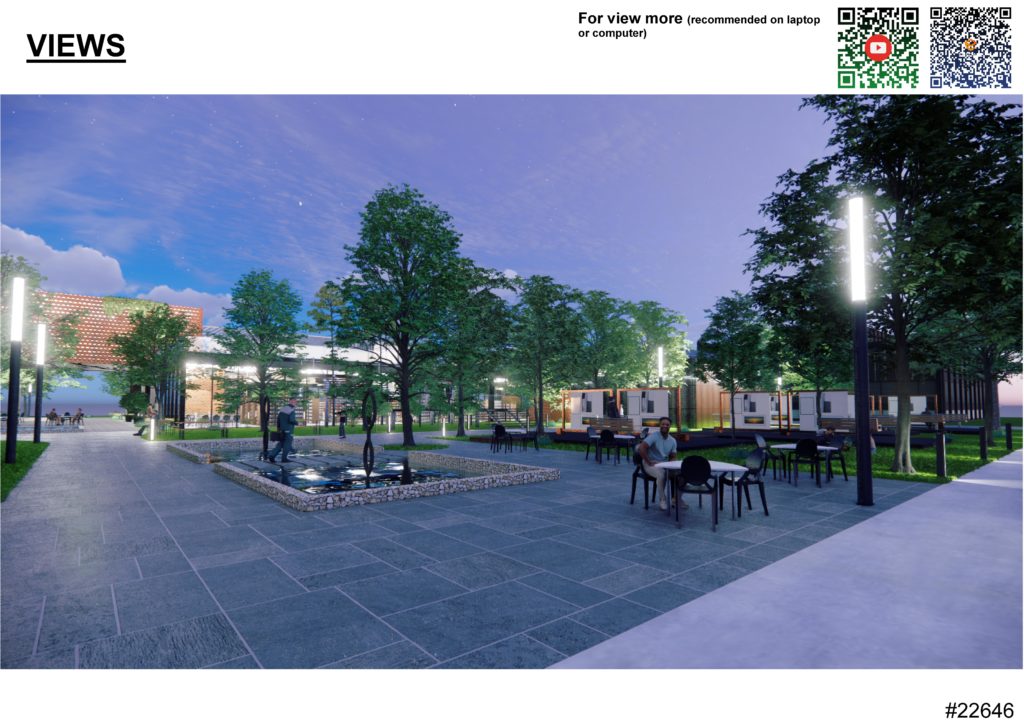 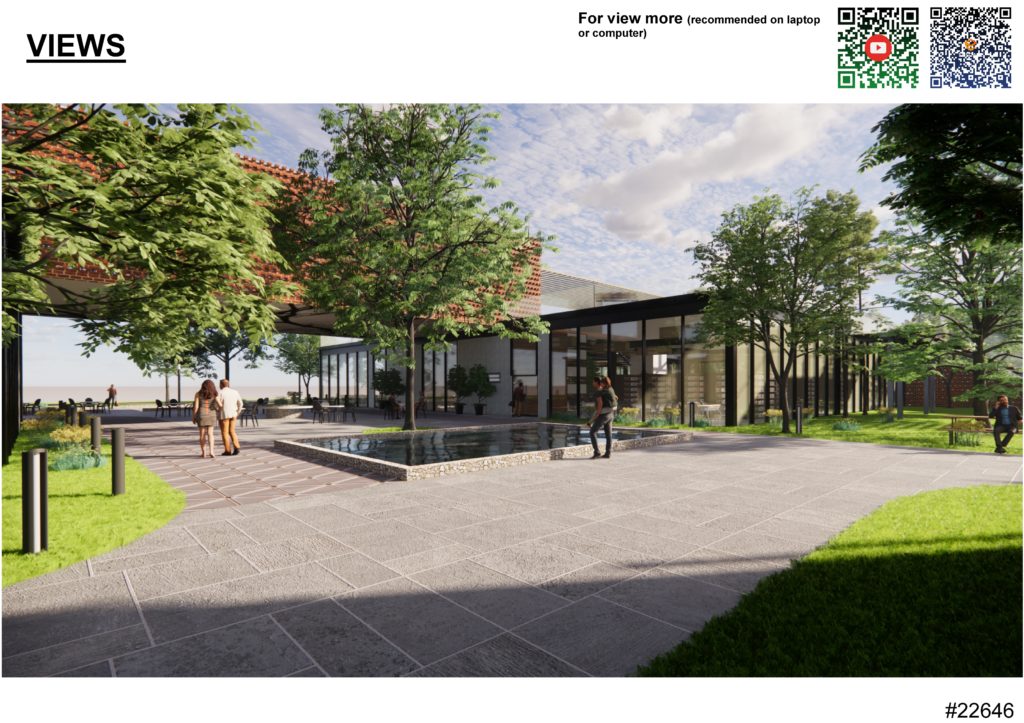