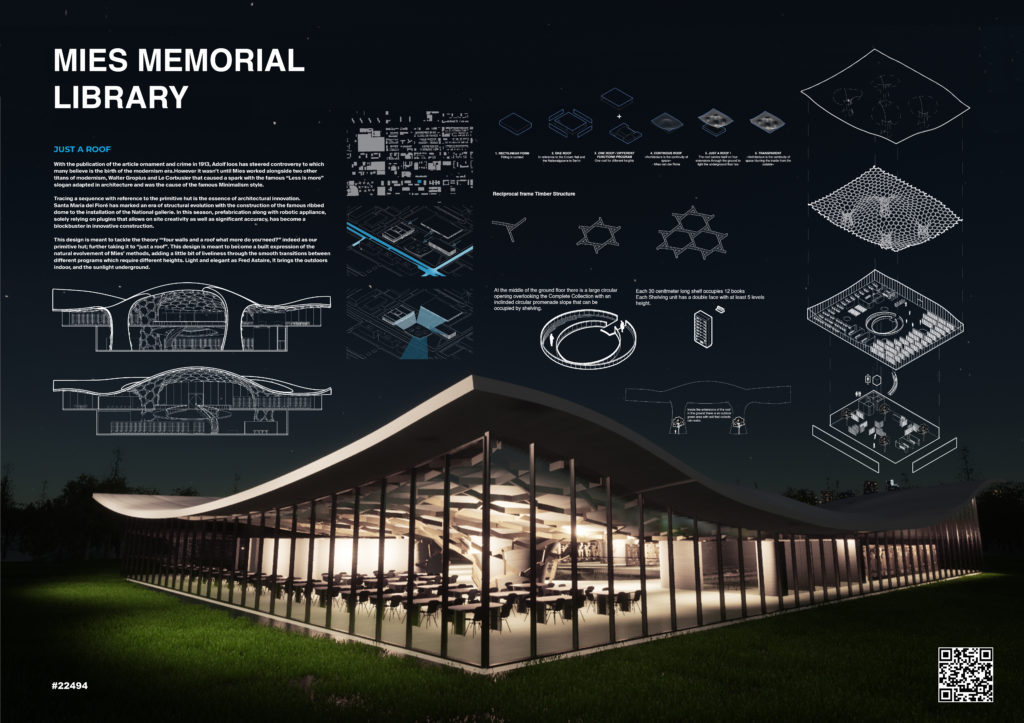 JUST A ROOF
With the publication of the article ornament and crime in 1913, Adolf loos has steered controversy to which many believe is the birth of the modernism era. However, it wasn’t until Mies worked alongside two other titans of modernism, Walter Gropius and Le Corbusier that caused a spark with the famous “Less is more” slogan adapted in architecture and was the cause of the famous Minimalism style.
Tracing a sequence with reference to the primitive hut is the essence of architectural innovation.
Santa Maria del Fioré has marked an era of structural evolution with the construction of the famous ribbed dome to the installation of the Nationalgalerie. In this season, prefabrication along with robotic appliances, solely relying on plugins that allow on-site creativity as well as significant accuracy, has become a blockbuster in innovative construction.
This design is meant to tackle the theory “‘four walls and a roof what more do you need?” indeed as our primitive hut; further taking it to “just a roof”. This design is meant to become a built expression of the natural evolvement of Mies’ methods, adding a little bit of liveliness through the smooth transitions between different programs which require different heights. Light and elegant as Fred Astaire, It brings the outdoors indoor, and the sunlight underground. 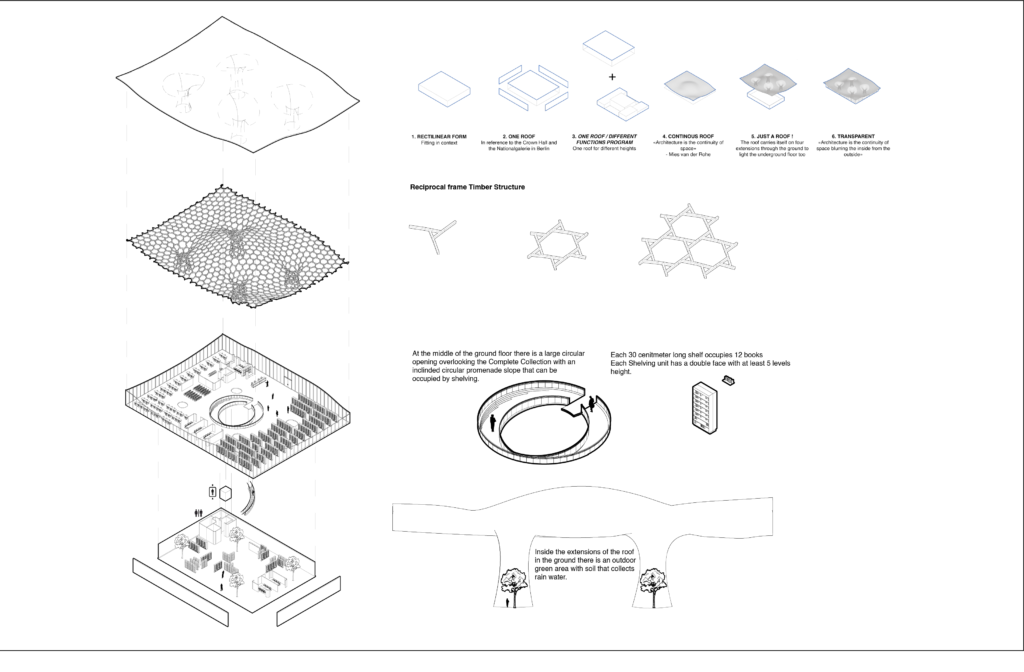