The MIes Memorial Library exists for students who learn architecture. It honors and commemorates Mies, the father of modern architecture,
by giving students a chance to touch his brain – the source of his ideas – and become his synapse by making use of what they touched here.
In order to achieve this, the architecture will be built using Mies’ core-based spatial composition. The core of this architecture will be a warehouse
for the collection, which will spread out into the interiors. From this site, which resurfaces the overall vision of this university campus and creative
connectivity between Crown Hall, the campus and the city, branches and leaves of architectural learning will be spread. 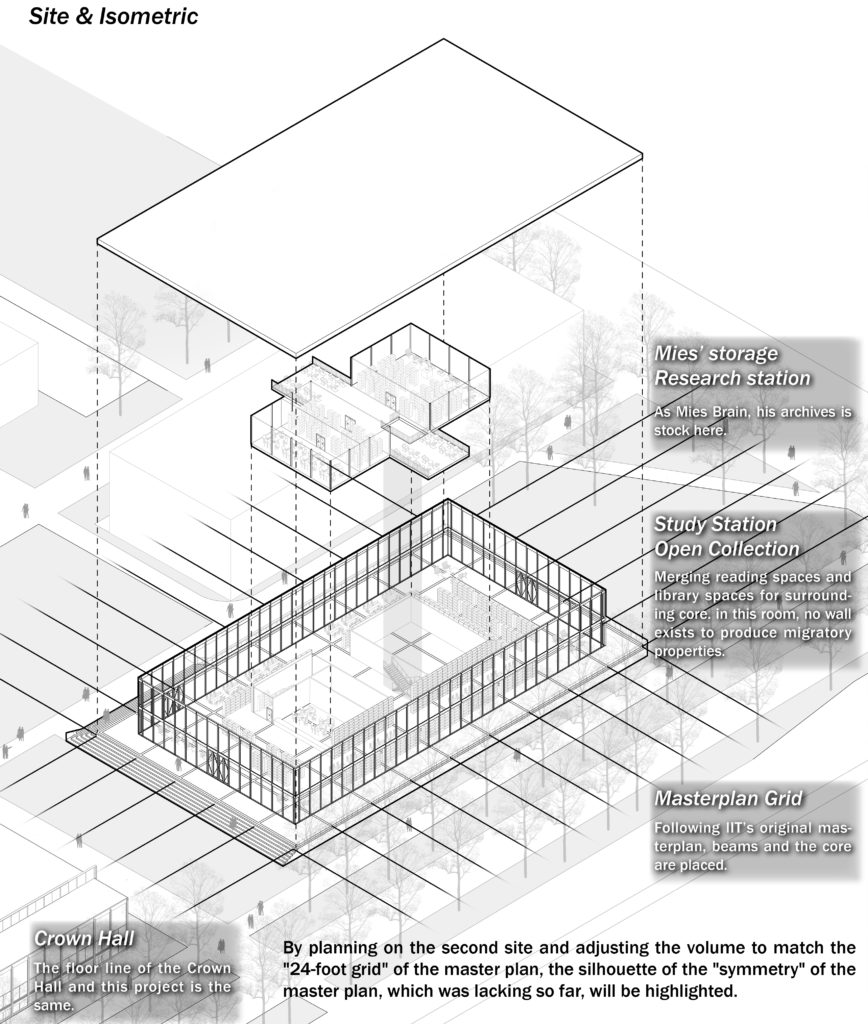 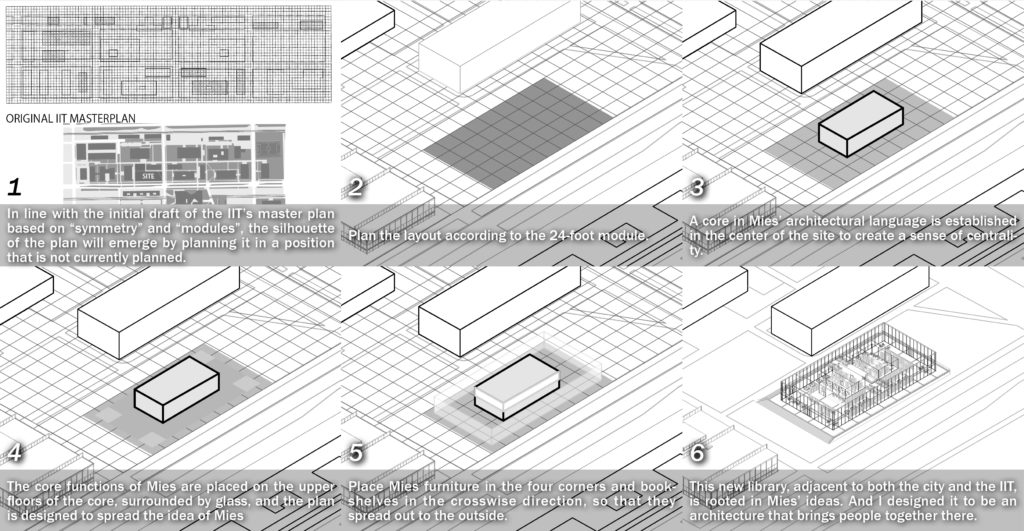 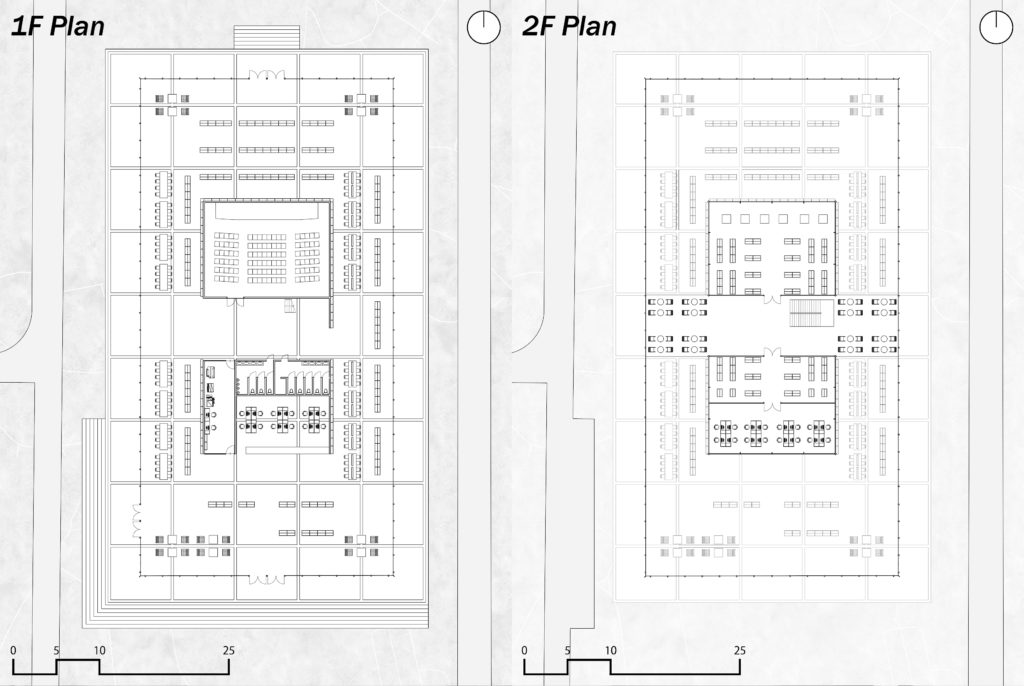 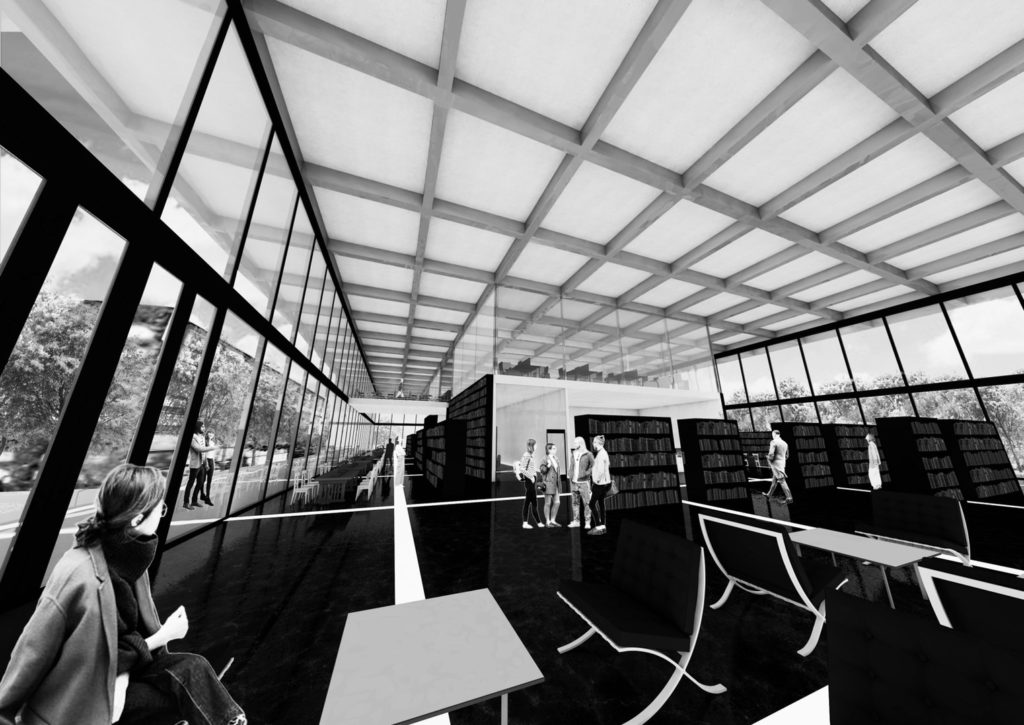 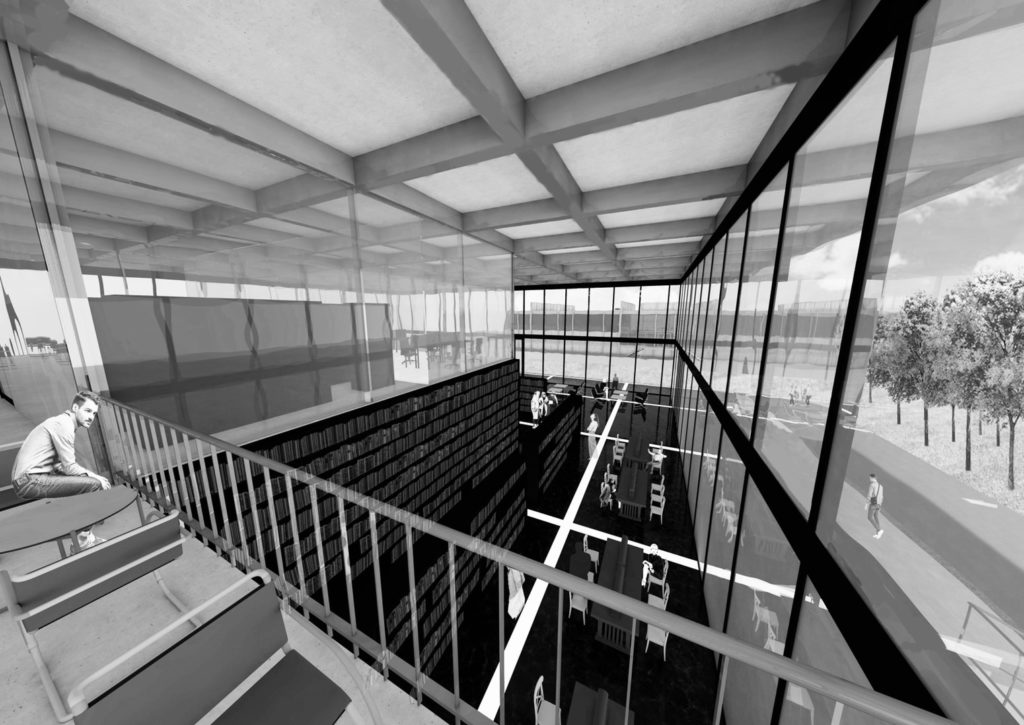