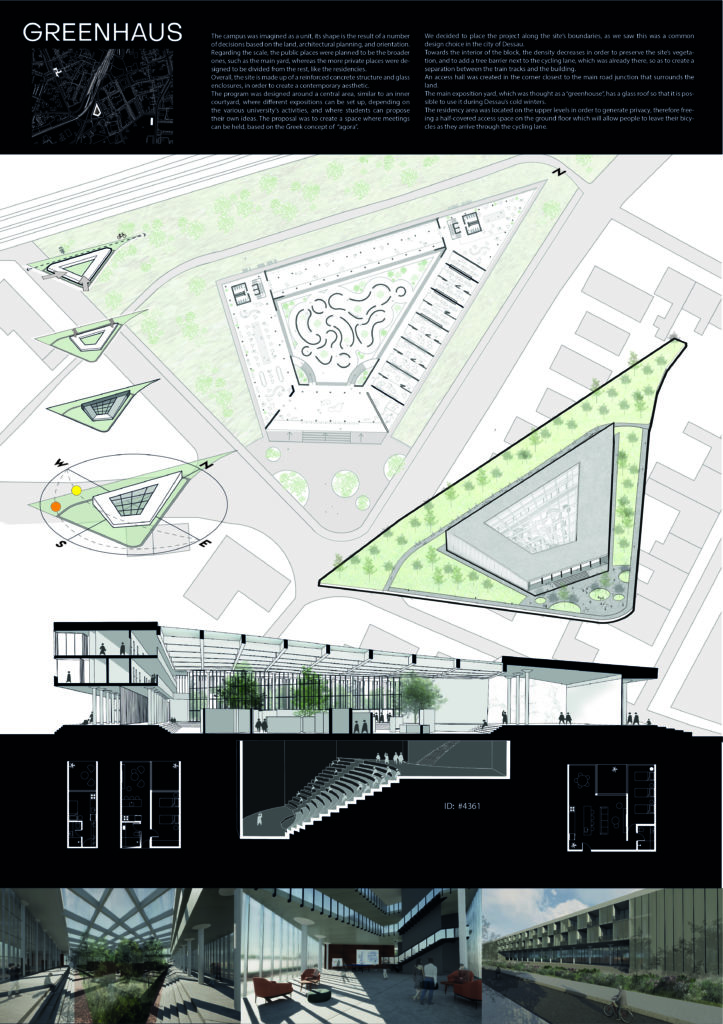 The campus was imagined as a unit, its shape is the result of a number of decisions based on the land, architectural planning, and orientation.

Regarding the scale, the public places were planned to be the broader ones, such as the main yard, whereas the more private places were designed to be divided from the rest, like the residencies.

Overall, the site is made up of a reinforced concrete structure and glass enclosures, in order to create a contemporary aesthetic.

The program was designed around a central area, similar to an inner courtyard, where different expositions can be set up, depending on the various university’s activities, and where students can propose their own ideas. The proposal was to create a space where meetings can be held, based on the Greek concept of “agora”.

It was decided to place the project along the site’s boundaries, as we saw this was a common design choice in the city of Dessau.

Towards the interior of the block, the density decreases in order to preserve the site’s vegetation, and to add a tree barrier next to the cycling lane, which was already there, so as to create a separation between the train tracks and the building.

An access hall was created in the corner closest to the main road junction that surrounds the land.

The main exposition yard, which was thought as a “greenhouse”, has a glass roof so that it is possible to use it during Dessau’s cold winters.

The residency area was located on the upper levels in order to generate privacy, therefore freeing a half-covered access space on the ground floor which will allow people to leave their bicycles as they arrive through the cycling lane. 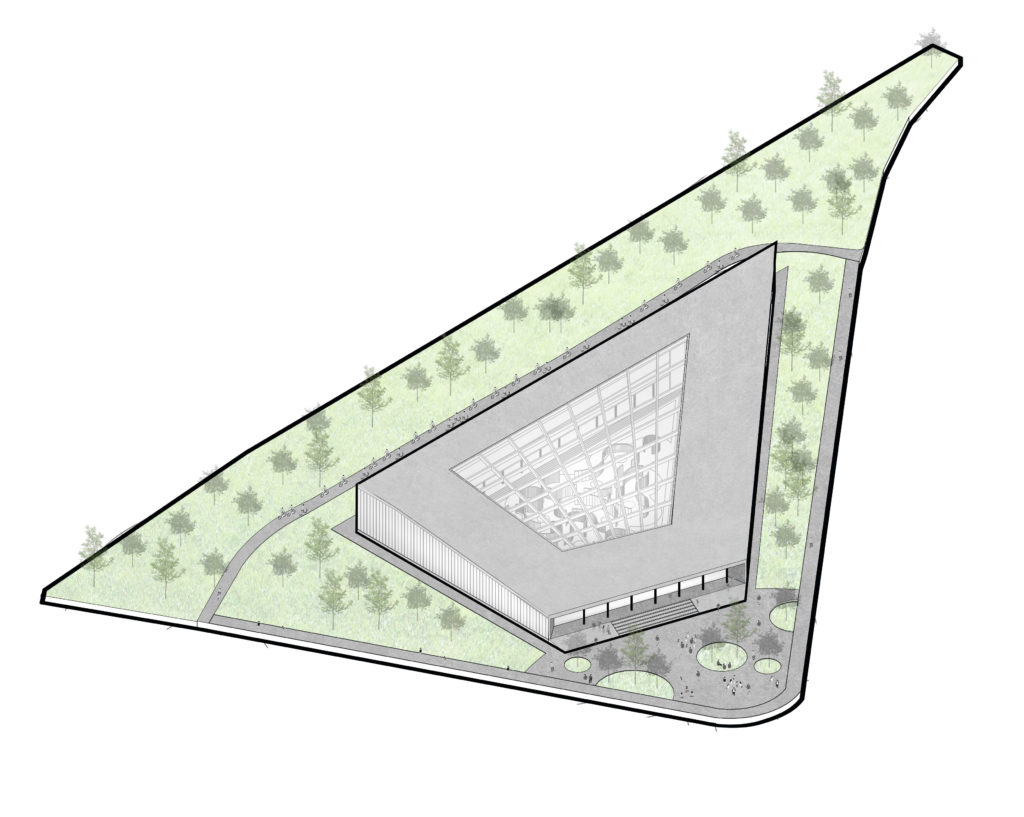 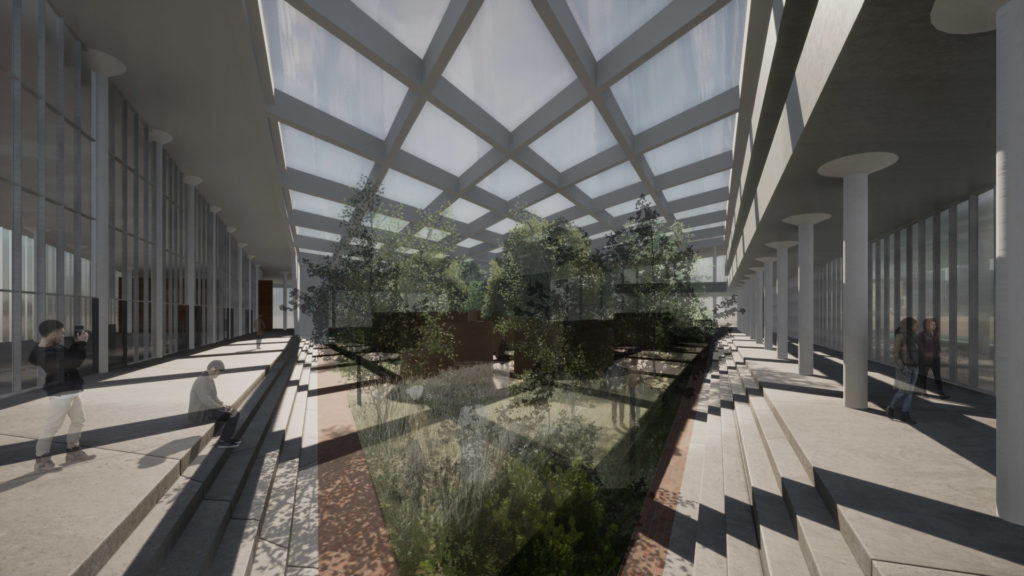 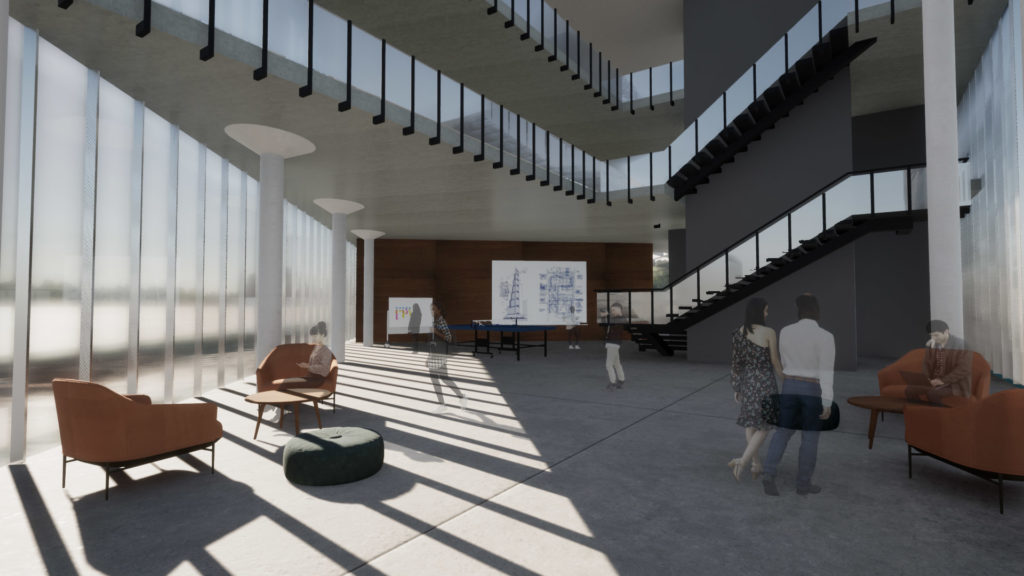