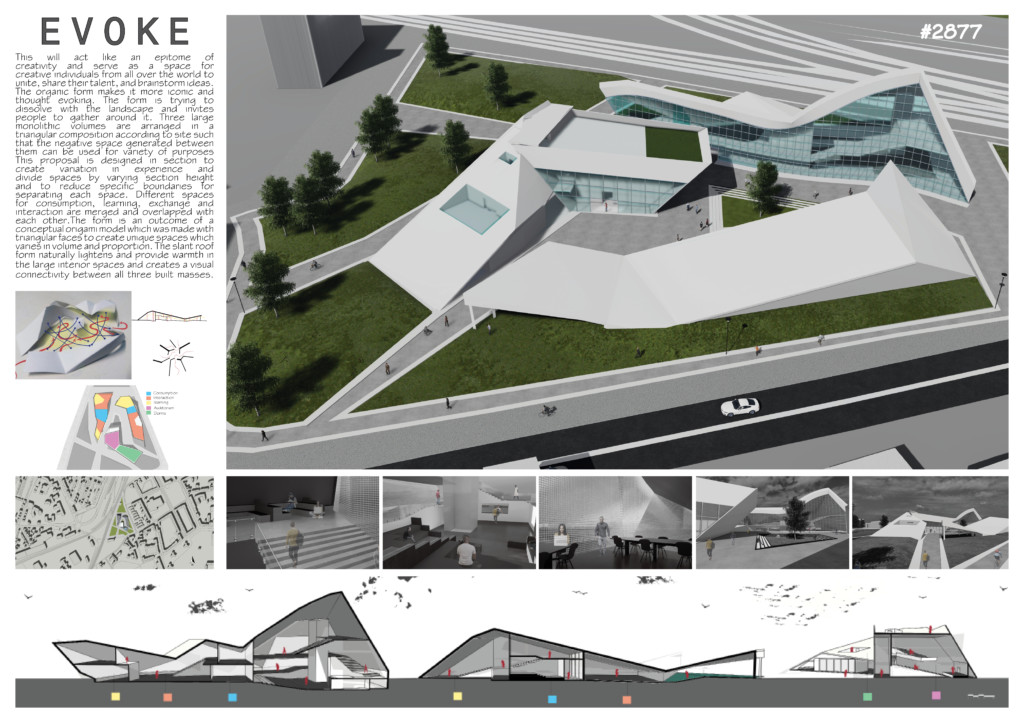 This will act like an epitome of creativity and serve as a space for creative individuals from all over the world to unite, share their talent, and brainstorm ideas.
The organic form makes it more iconic and thought evoking. The form is trying to dissolve with the landscape and invites people to gather around it. Three large monolithic volumes are arranged in a triangular composition according to site such that the negative space generated between them can be used for variety of purposes.
This proposal is designed in section to create variation in experience and divide spaces by varying section height and to reduce specific boundaries for separating each space. Different spaces for consumption, learning, exchange and interaction are merged and overlapped with each other.
The form is an outcome of a conceptual origami model which was made with triangular faces to create unique spaces which varies in volume and proportion. The slant roof form naturally lightens and provide warmth in the large interior spaces and creates a visual connectivity between all three built masses. 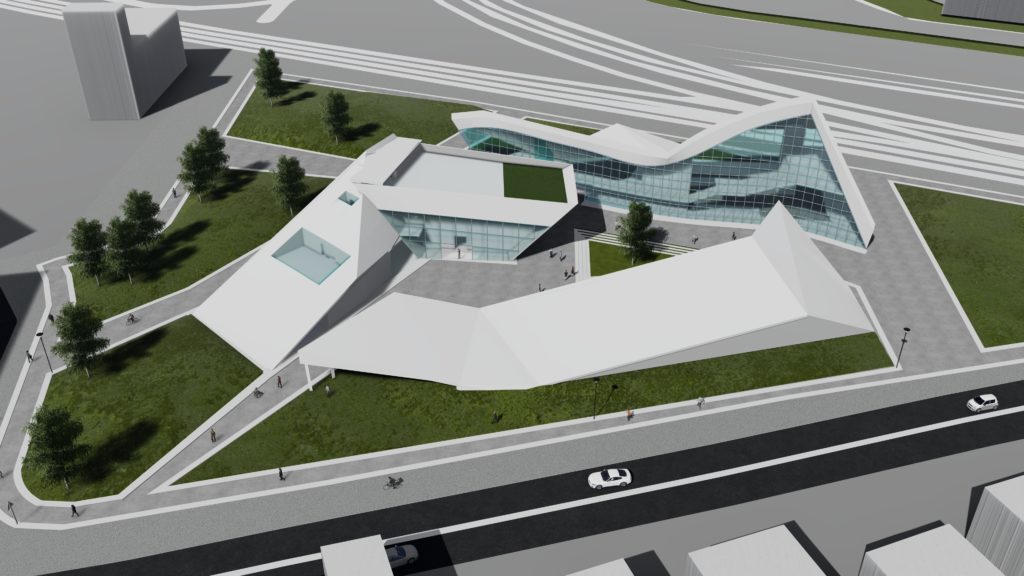 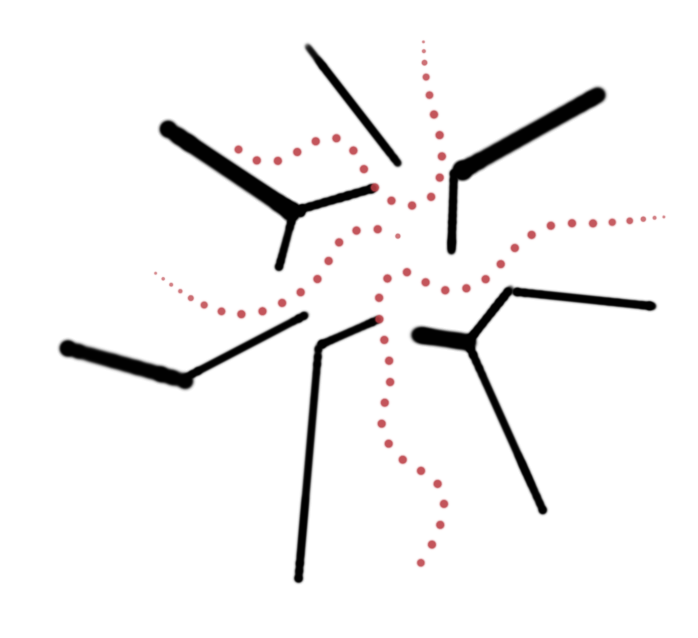 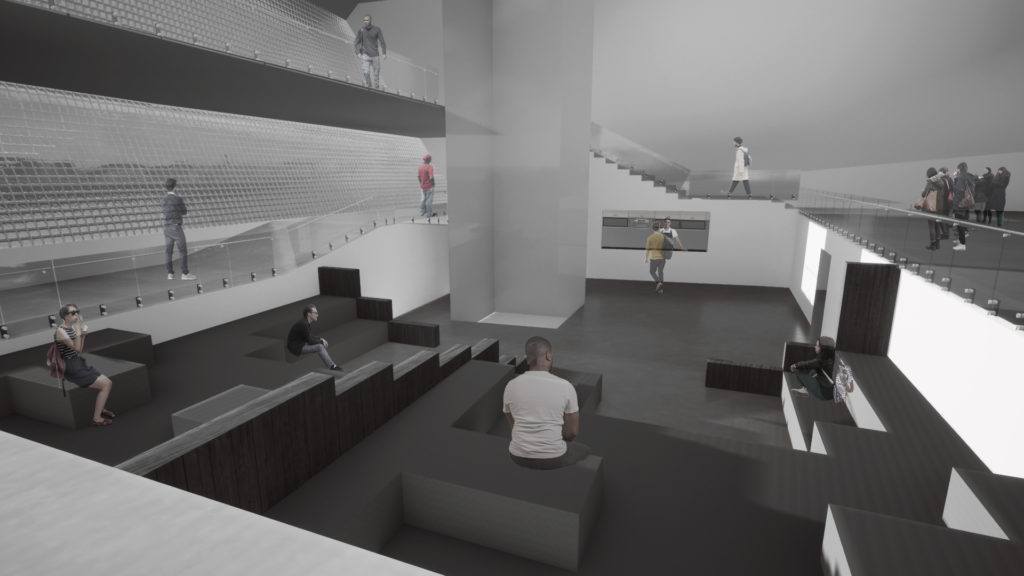 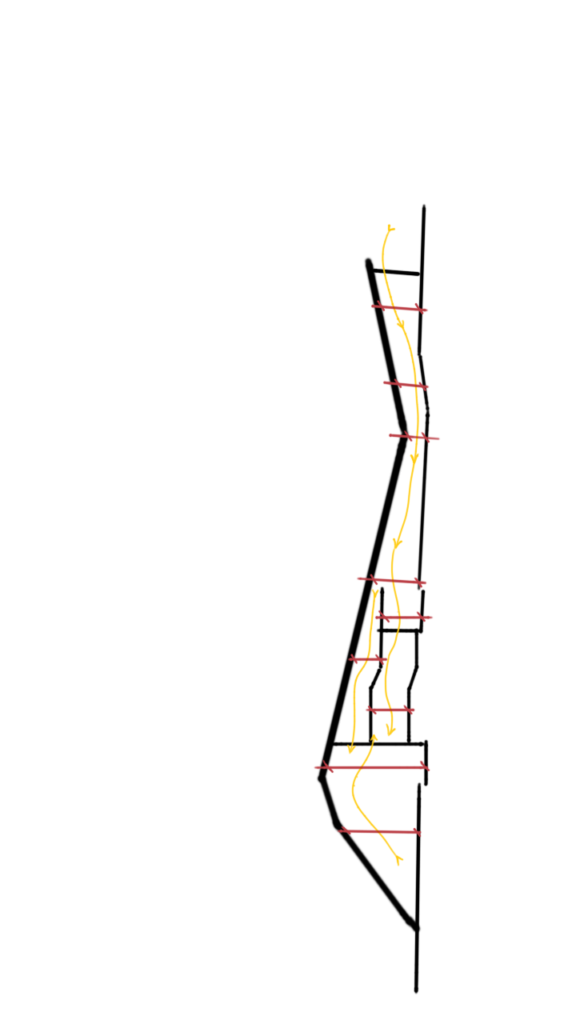 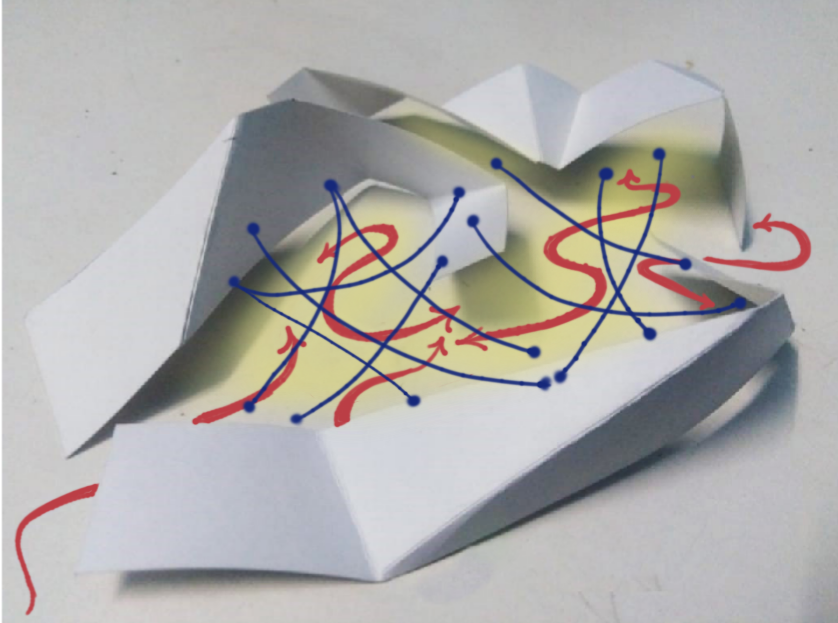 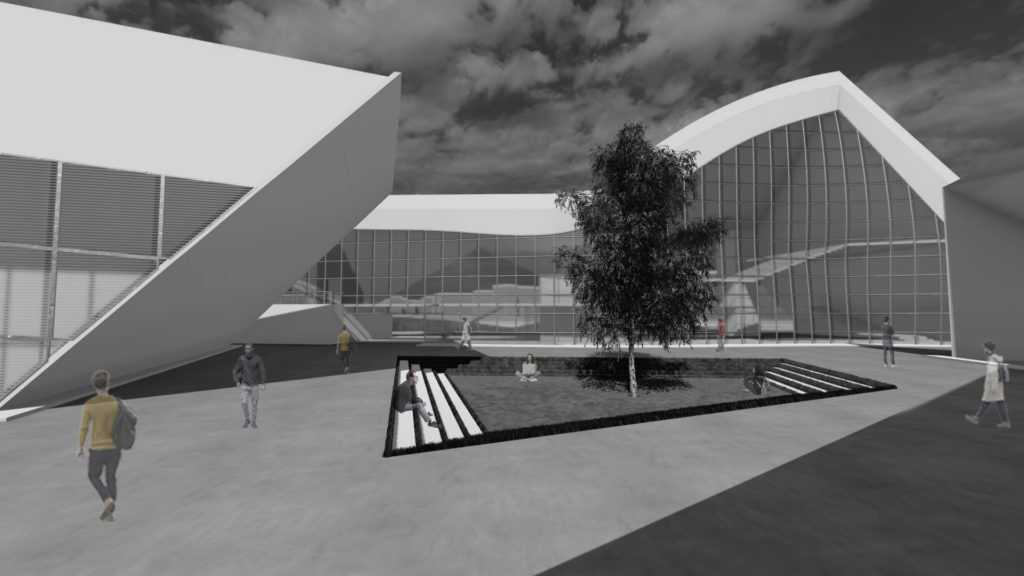 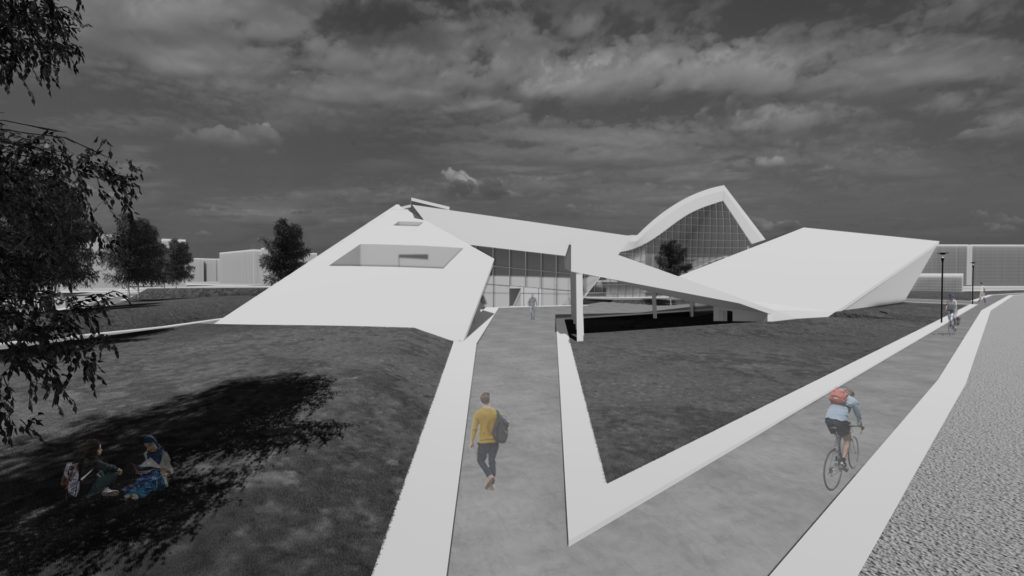 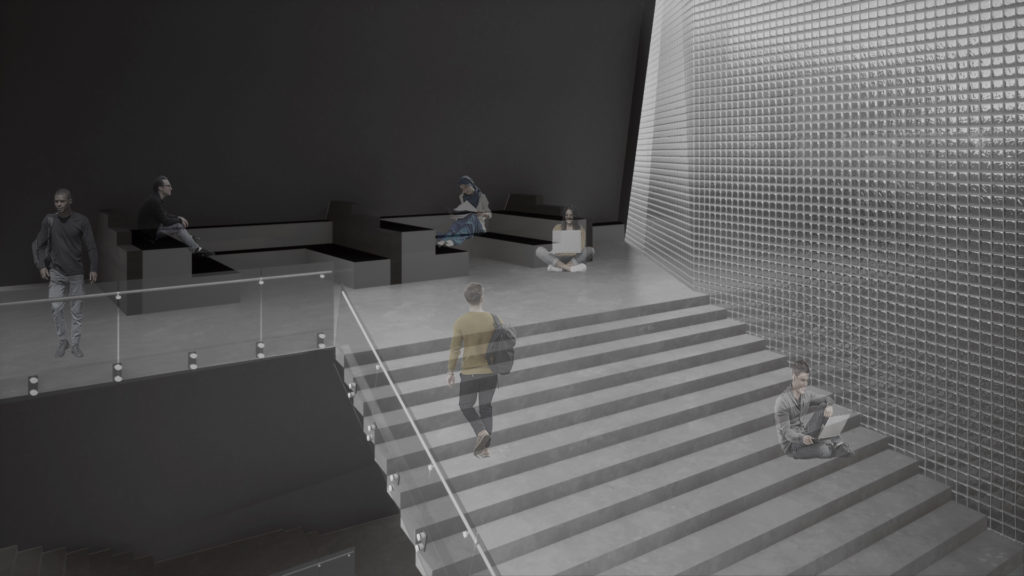 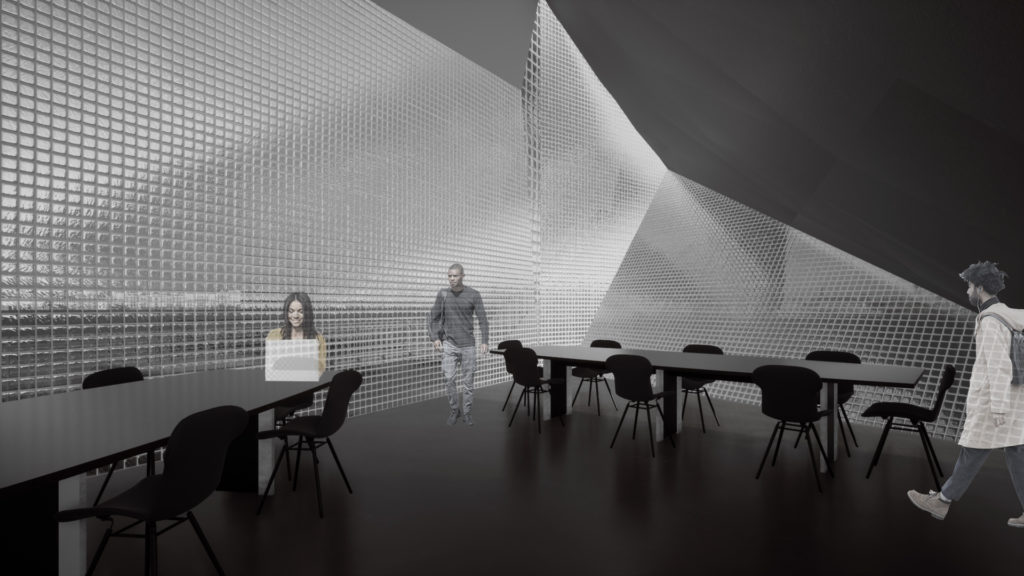 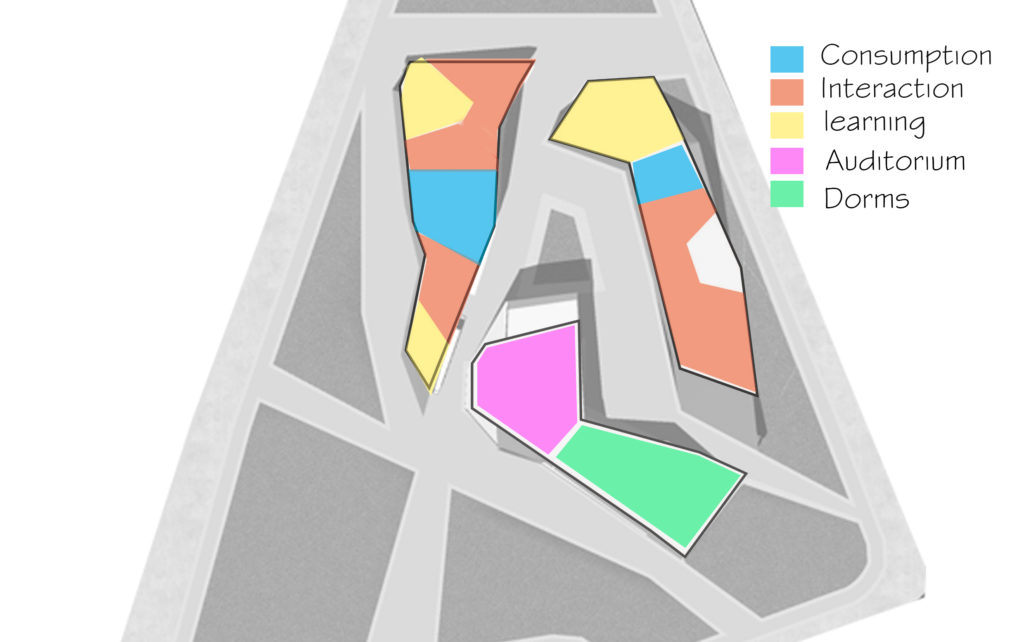