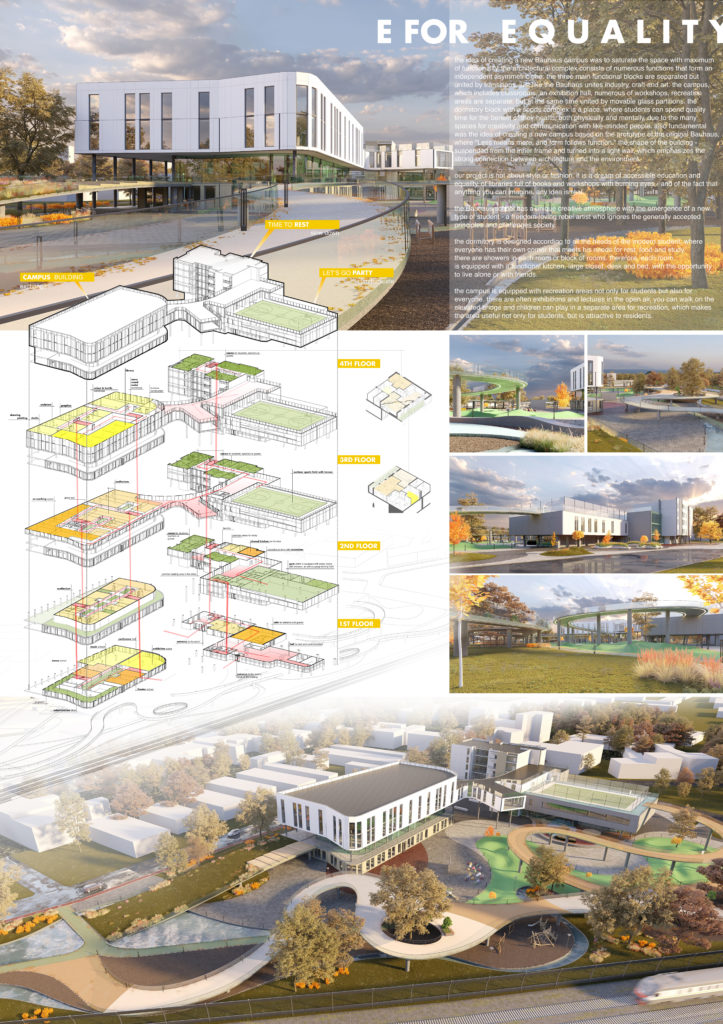 The idea of ​​creating a new Bauhaus campus was to saturate the space with maximum of functionality. The architectural complex consists of numerous functions that form an interdependent asymmetric one. The three main functional blocks are separated but united by transitions, just like the Bauhaus unites industry, craft and art. The campus, which includes classrooms, an exhibition hall, numerous of workshops, recreation areas are separate, but at the same time united by movable glass partitions. The dormitory block with a sports complex is a place, where students can spend quality time for the benefit of their health, both physically and mentally, due to the many spaces for creativity and communication with like-minded people. Also fundamental was the idea of ​​creating a new campus based on the prototype of the original Bauhaus, where “Less means more, and form follows function.” The shape of the building – suspended from the inner frame and turned into a light wall, which emphasizes the strong connection between architecture and the environment.

Our project is not about style or fashion. It is a dream of accessible education and equality, of libraries full of books and workshops with burning eyes and of the fact that anything you can imagine, any idea is real.

The Bauhaus school has a unique creative atmosphere with the emergence of a new type of student – a freedom-loving rebel artist who ignores the generally accepted principles and challenges society.

The dormitory is designed according to all the needs of the modern student, where everyone has their own corner that meets his needs for rest, food and study. There are showers in each room or block of rooms. Therefore, each room is equipped with a functional kitchen, large closet, desk and bed, with the opportunity to live alone or with friends.

The campus is equipped with recreation areas not only for students but also for everyone. There are often exhibitions and lectures in the open air, you can walk on the elevated bridge and children can play in a separate area for recreation, which makes the area useful not only for students, but is attractive to residents. 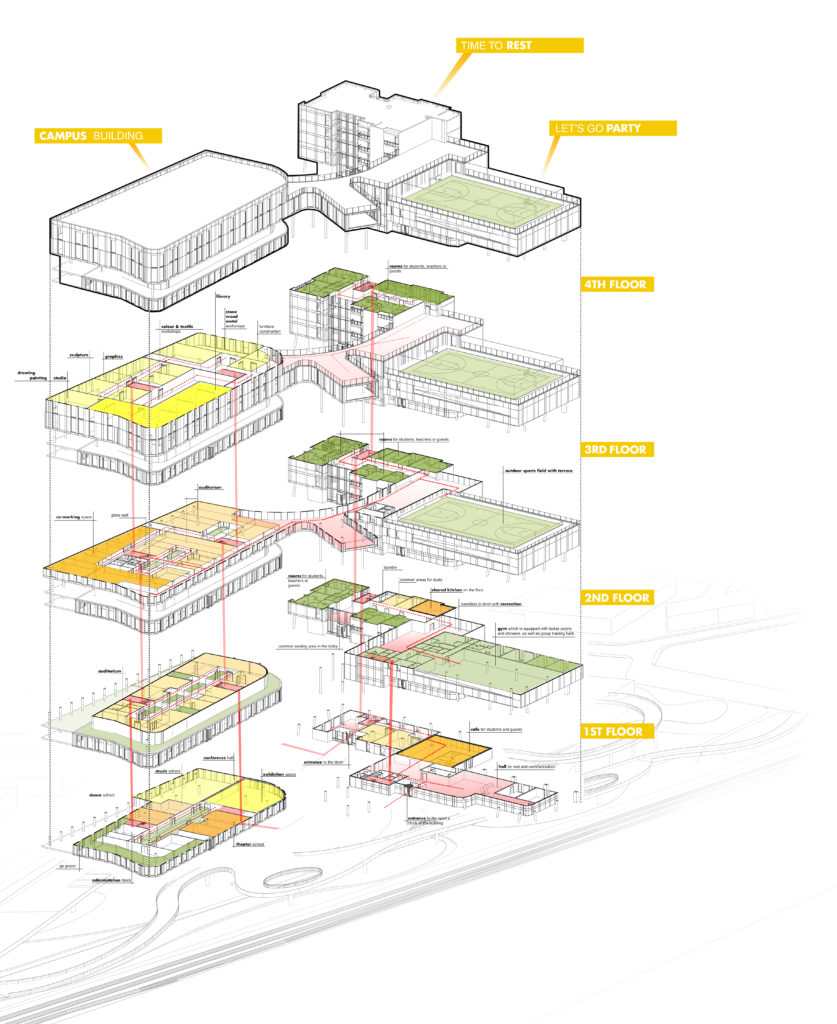 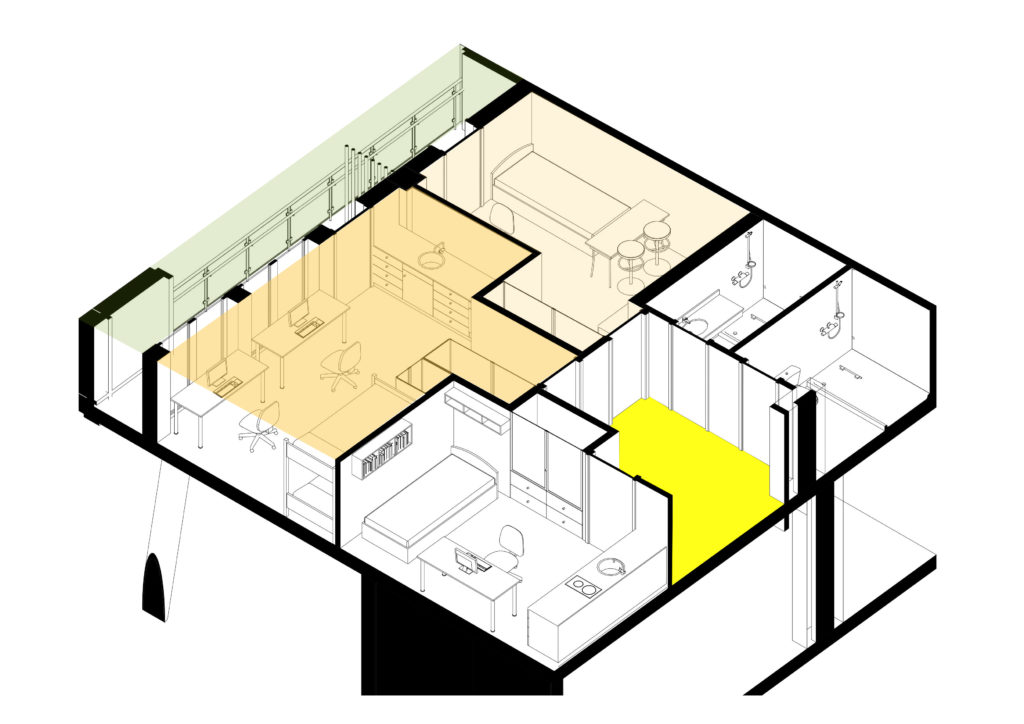 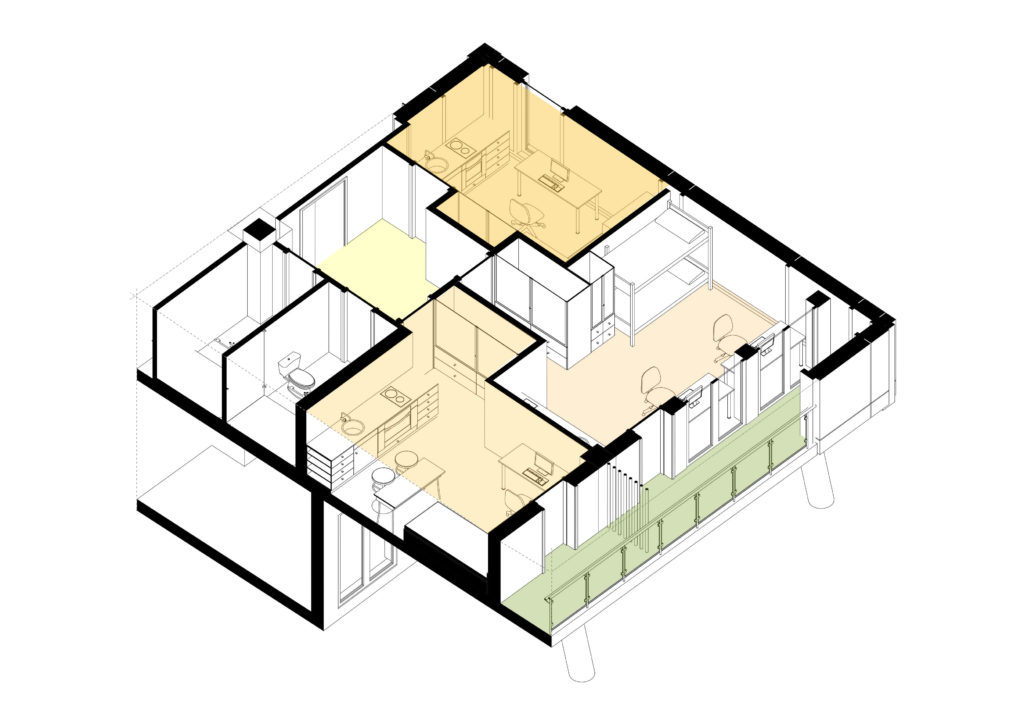