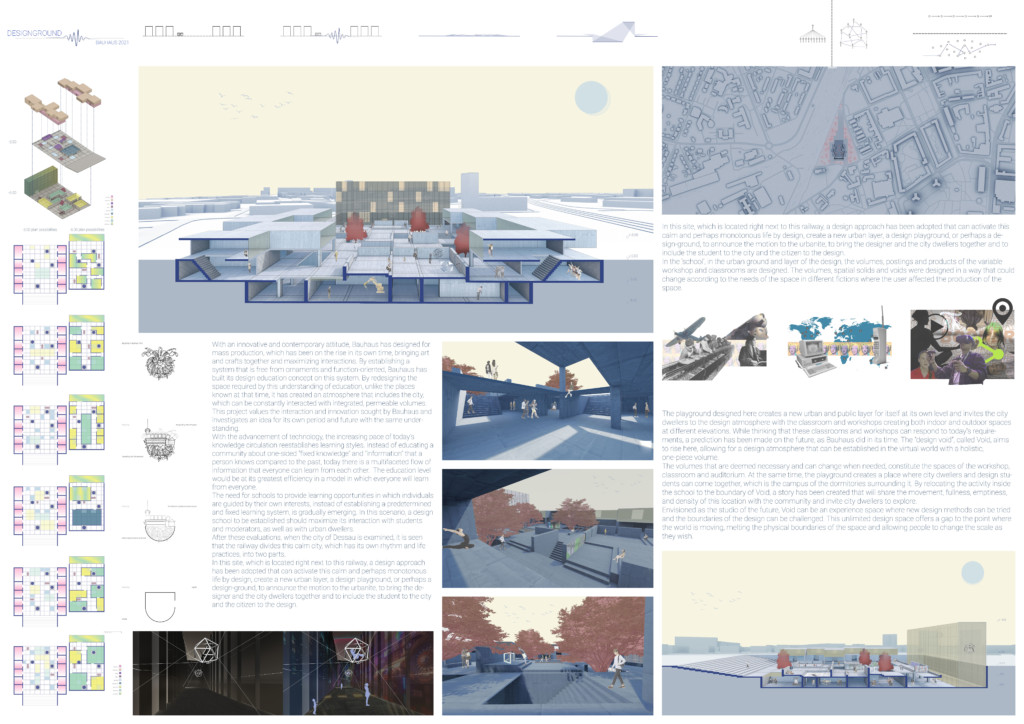 DESIGNGROUND
BAUHAUS 2021
With an innovative and contemporary attitude, Bauhaus has designed for mass production, which has been on the rise in its own time, bringing art and crafts together and maximizing interactions. By establishing a system that is free from ornaments and function-oriented, Bauhaus has built its design education concept on this system. By redesigning the space required by this understanding of education, unlike the places known at that time, it has created an atmosphere that includes the city, which can be constantly interacted with integrated, permeable volumes.
This project values the interaction and innovation sought by Bauhaus and investigates an idea for its own period and future with the same understanding.
With the advancement of technology, the increasing pace of today’s knowledge circulation reestablishes learning styles. Instead of educating a community about one-sided “fixed knowledge” and “information” that a person knows compared to the past, today there is a multifaceted flow of information that everyone can learn from each other. The education level would be at its greatest efficiency in a model in which everyone will learn from everyone.
The need for schools to provide learning opportunities in which individuals are guided by their own interests, instead of establishing a predetermined and fixed learning system, is gradually emerging. In this scenario, a design school to be established should maximize its interaction with students and moderators, as well as with urban dwellers.
After these evaluations, when the city of Dessau is examined, it is seen that the railway divides this calm city, which has its own rhythm and life practices, into two parts.
In this site, which is located right next to this railway, a design approach has been adopted that can activate this calm and perhaps monotonous life by design, create a new urban layer, a design playground, or perhaps a design-ground, to announce the motion to the urbanite, to bring the designer and the city dwellers together and to include the student to the city and the citizen to the design.
In the ‘school’, in the urban ground and layer of the design, the volumes, postings and products of the variable workshop and classrooms are designed. The volumes, spatial solids and voids were designed in a way that could change according to the needs of the space in different fictions where the user affected the production of the space.
The playground designed here creates a new urban and public layer for itself at its own level and invites the city dwellers to the design atmosphere with the classroom and workshops creating both indoor and outdoor spaces at different elevations. While thinking that these classrooms and workshops can respond to today’s requirements, a prediction has been made on the future, as Bauhaus did in its time. The “design void”, called Void, aims to rise here, allowing for a design atmosphere that can be established in the virtual world with a holistic, one-piece volume.
The volumes that are deemed necessary and can change when needed, constitute the spaces of the workshop, classroom and auditorium. At the same time, the playground creates a place where city dwellers and design students can come together, which is the campus of the dormitories surrounding it. By relocating the activity inside the school to the boundary of Void, a story has been created that will share the movement, fullness, emptiness, and density of this location with the community and invite city dwellers to explore.
Envisioned as the studio of the future, Void can be an experience space where new design methods can be tried and the boundaries of the design can be challenged. This unlimited design space offers a gap to the point where the world is moving, melting the physical boundaries of the space and allowing people to change the scale as they wish. 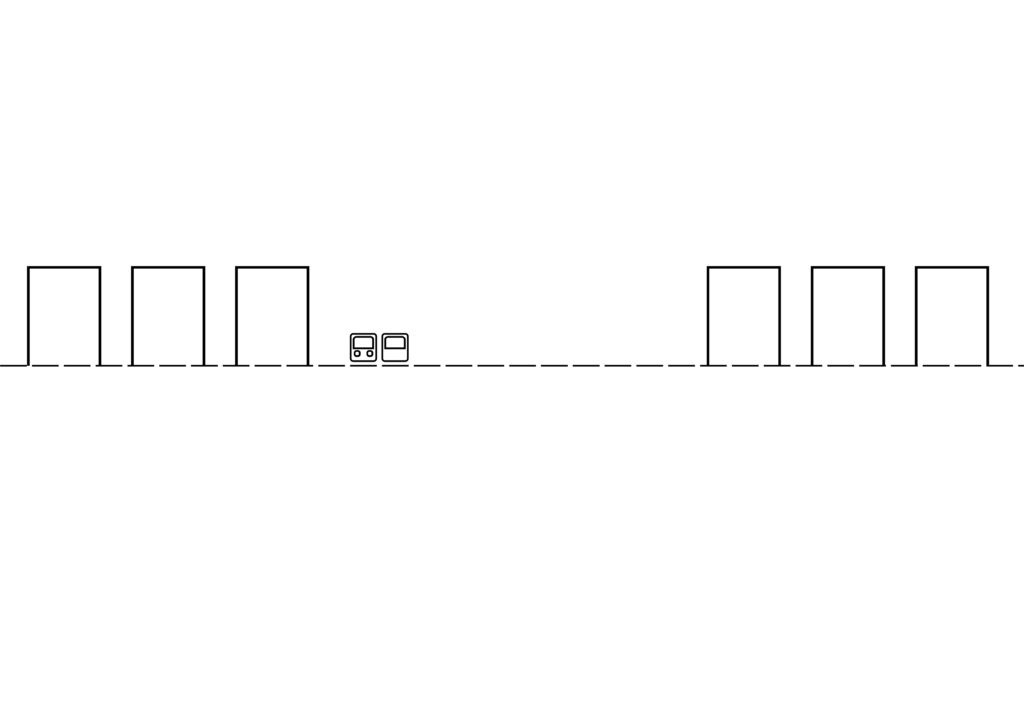 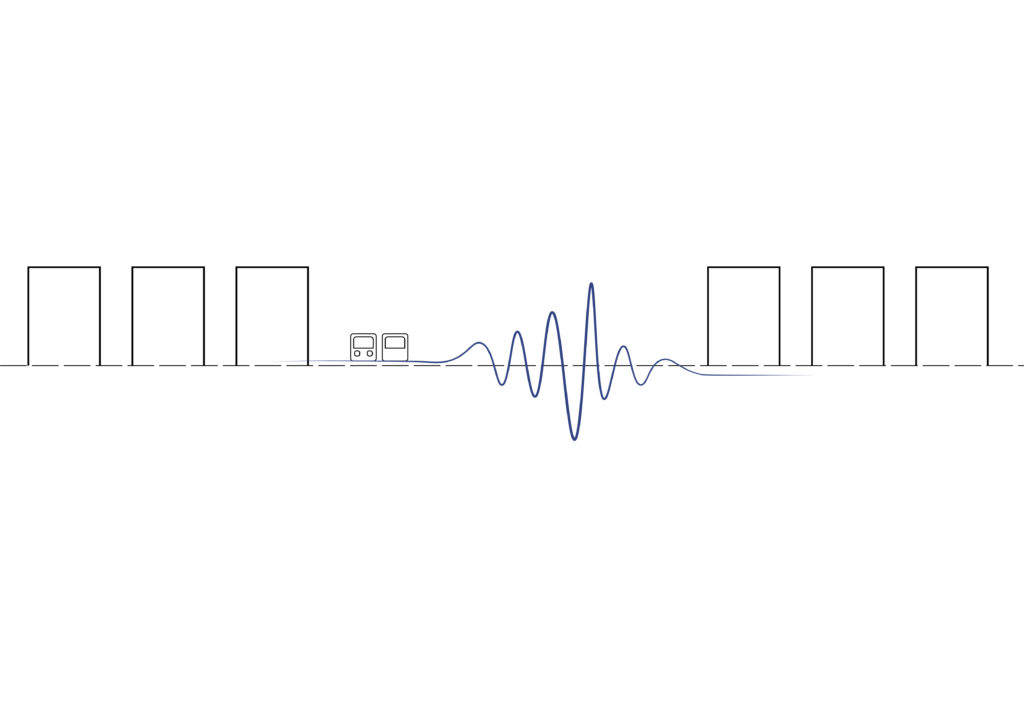 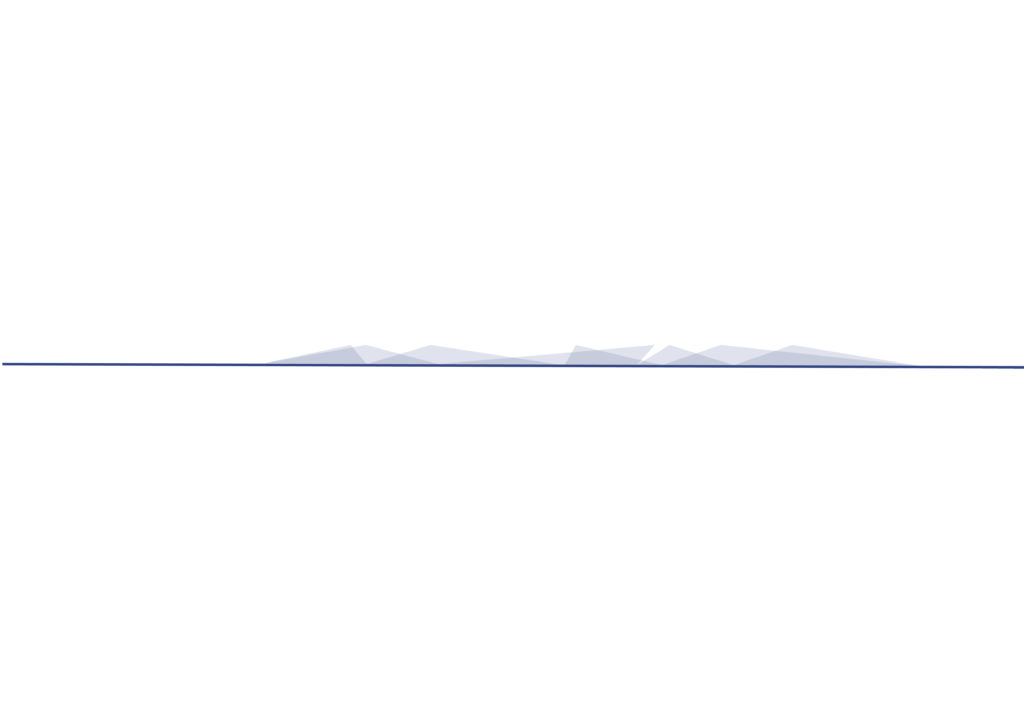 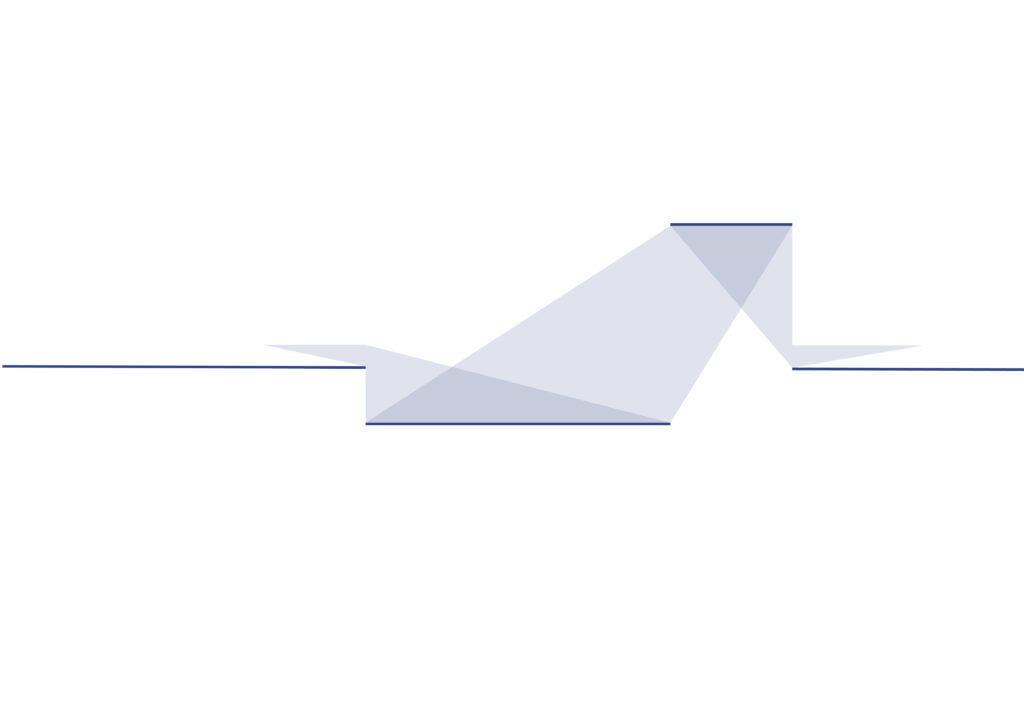 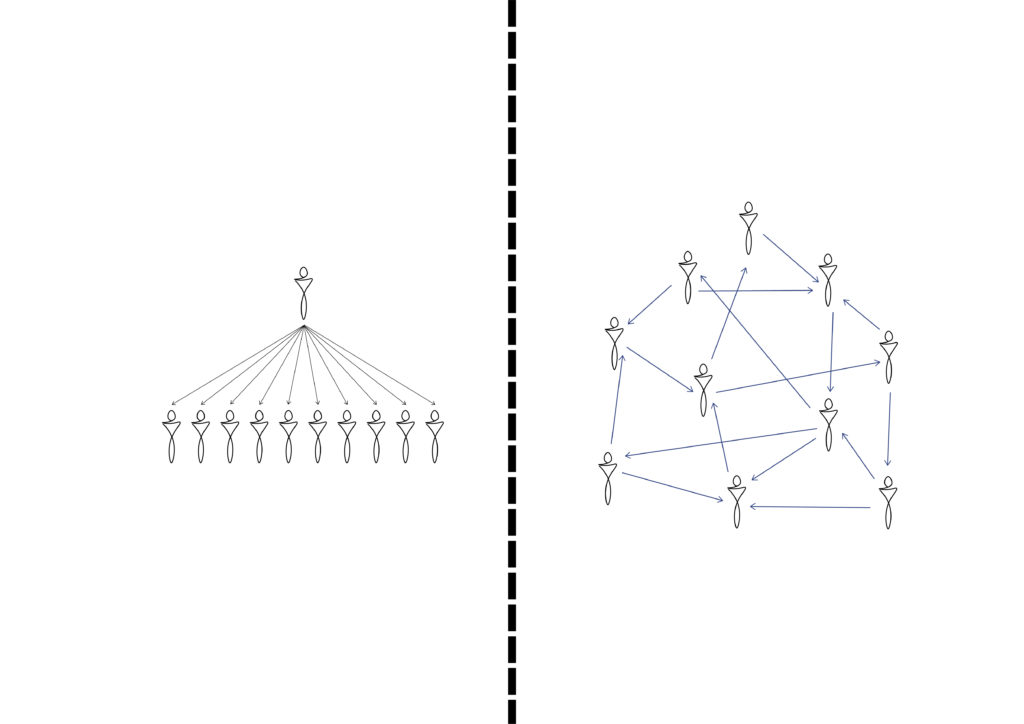 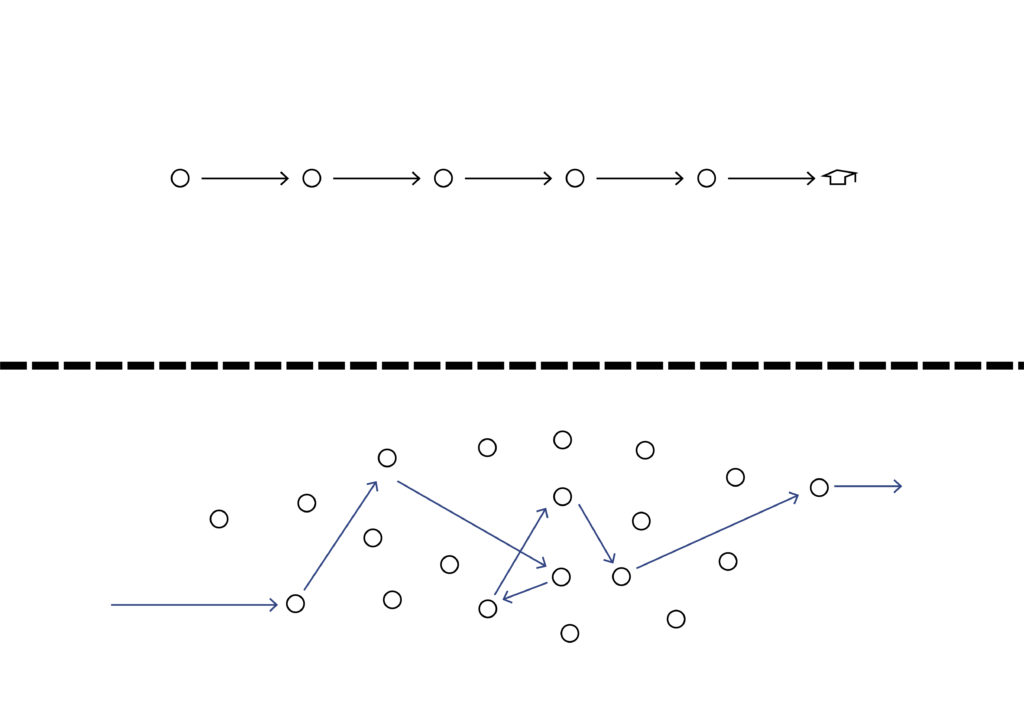 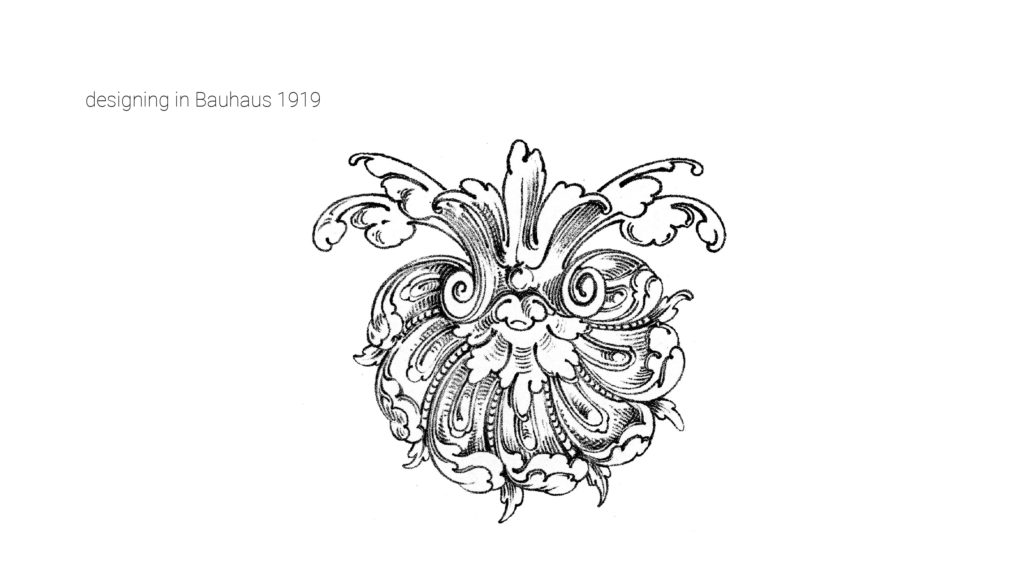 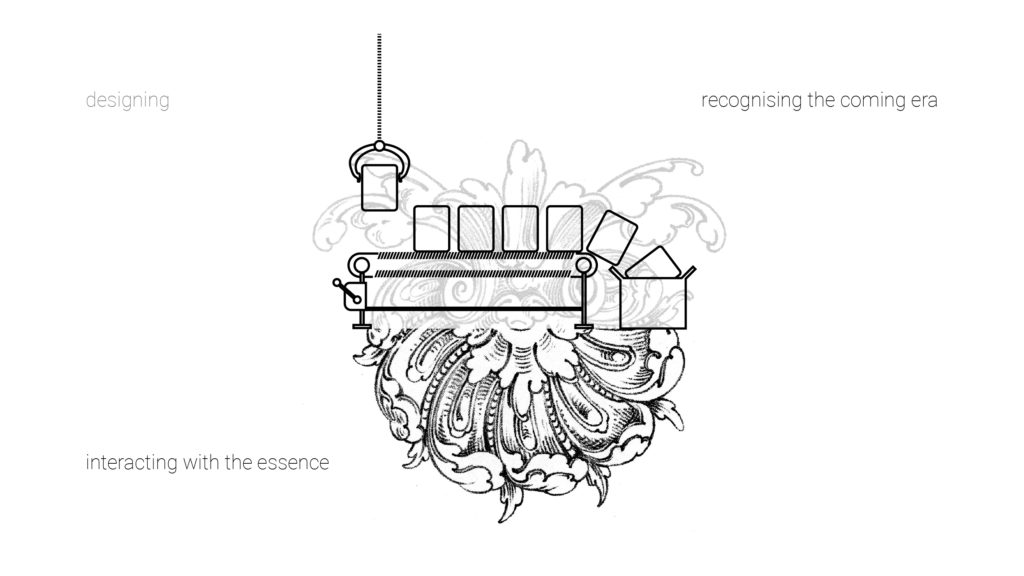 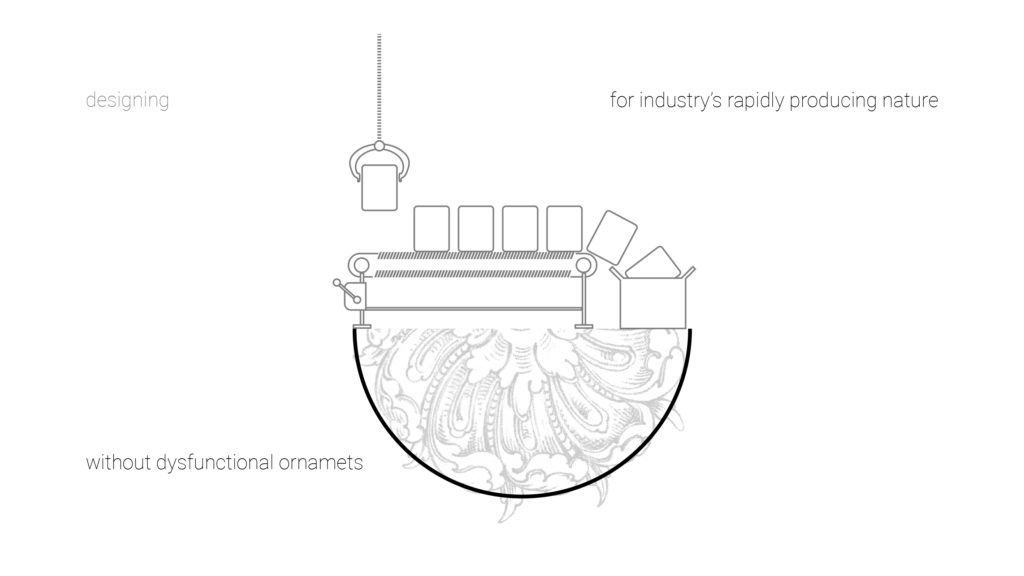 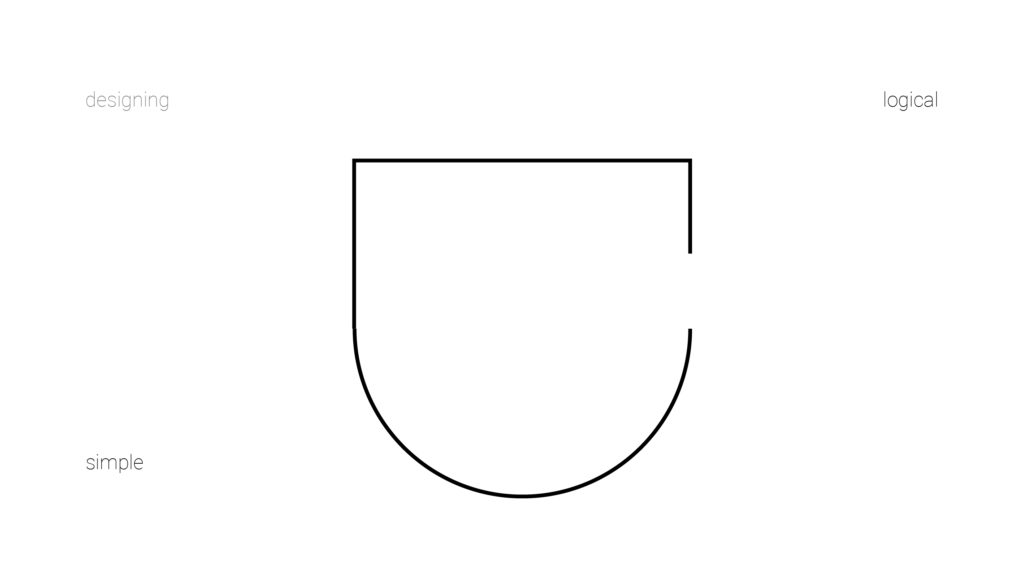 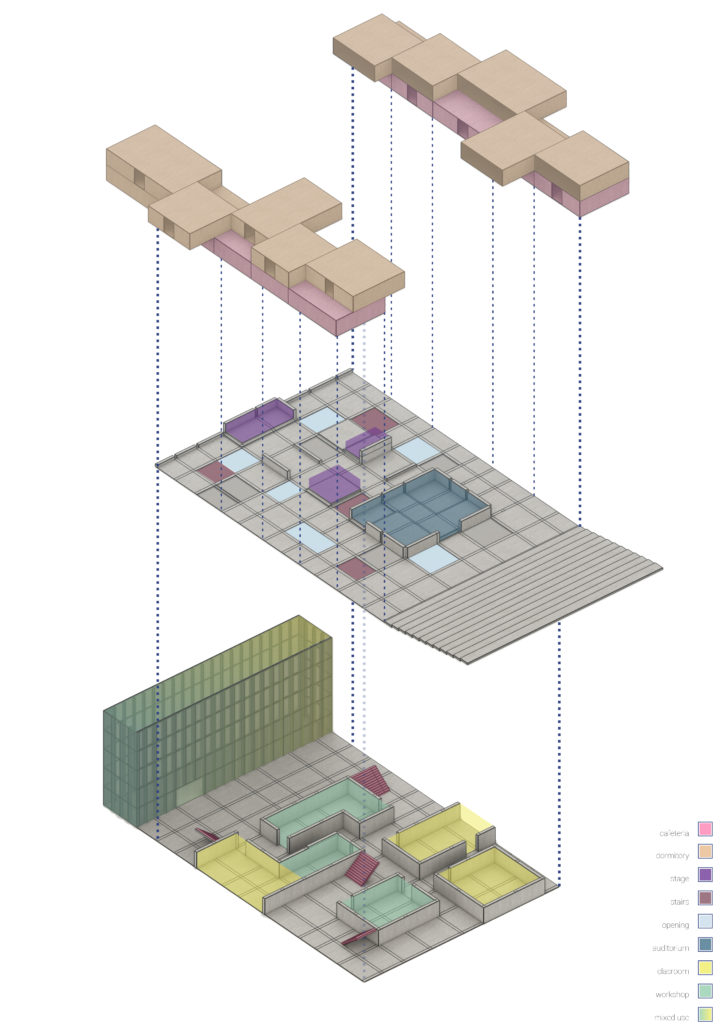 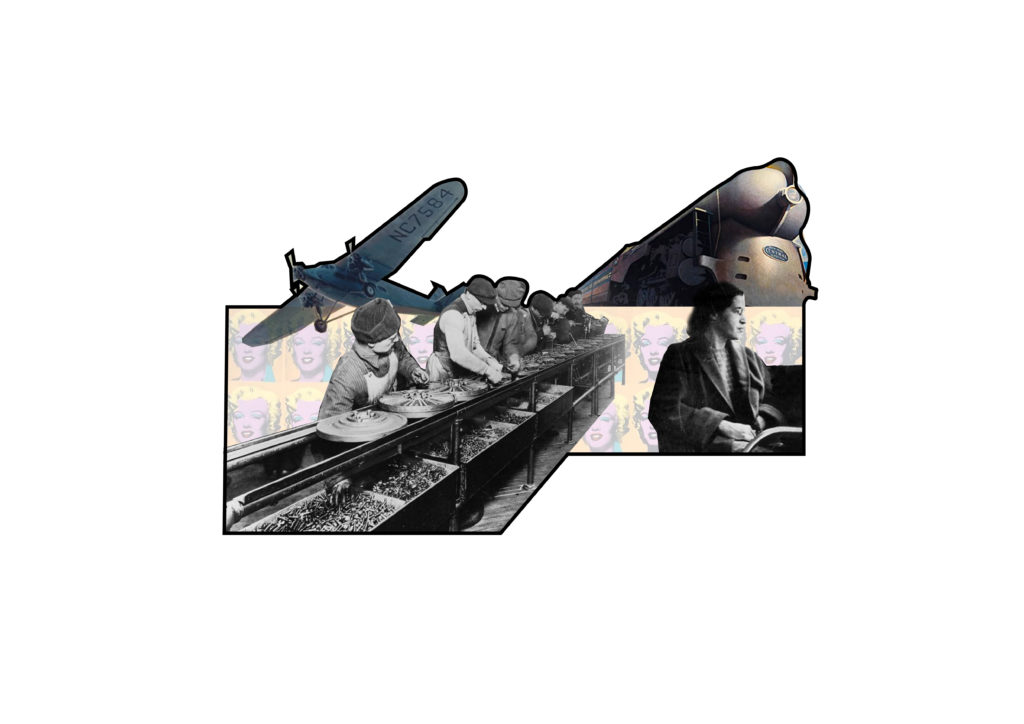 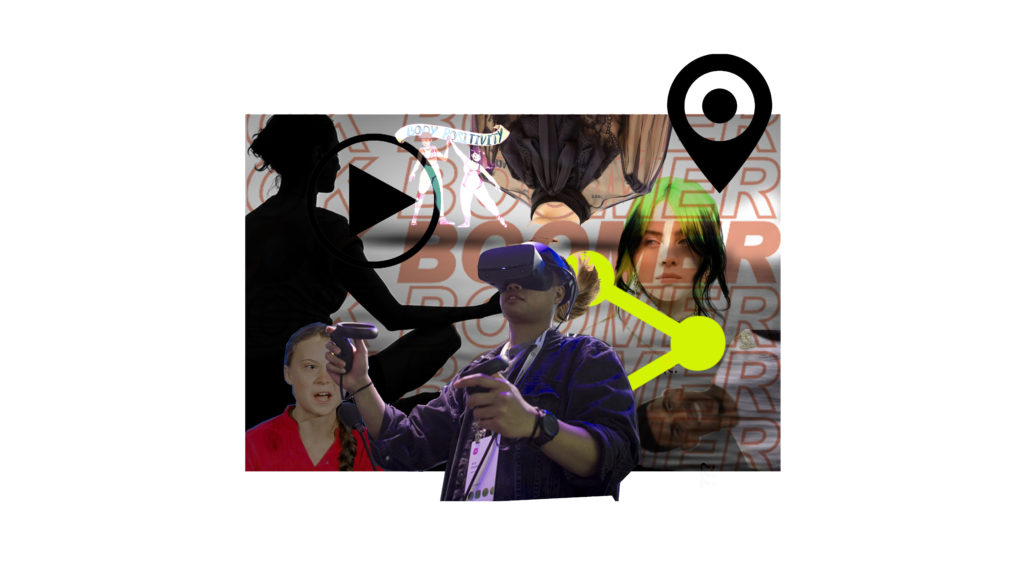 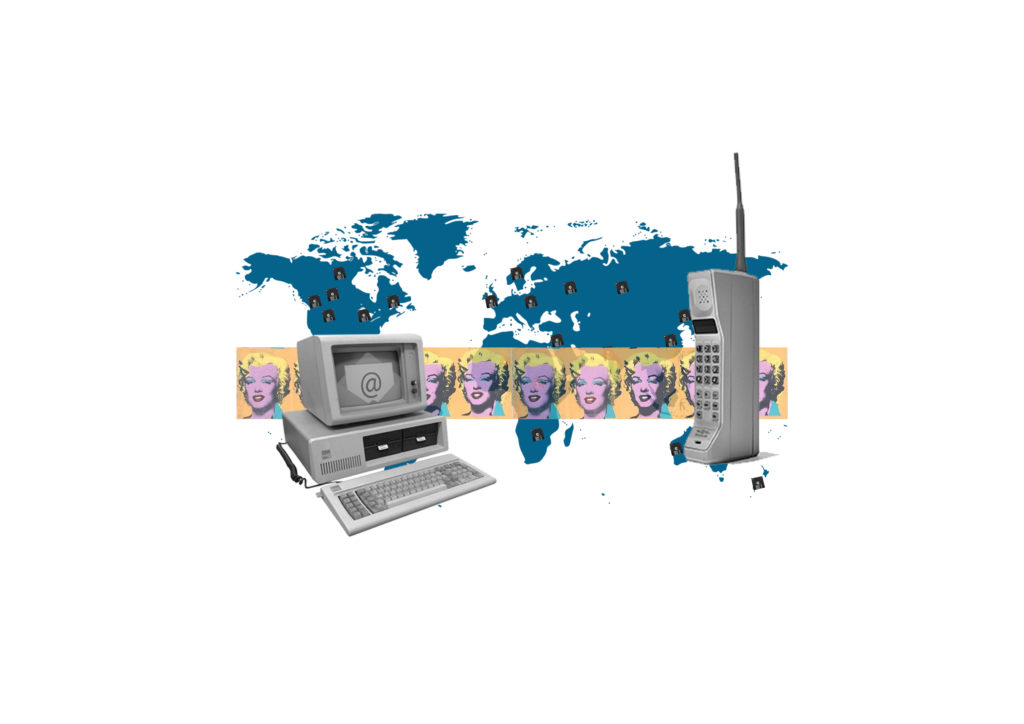 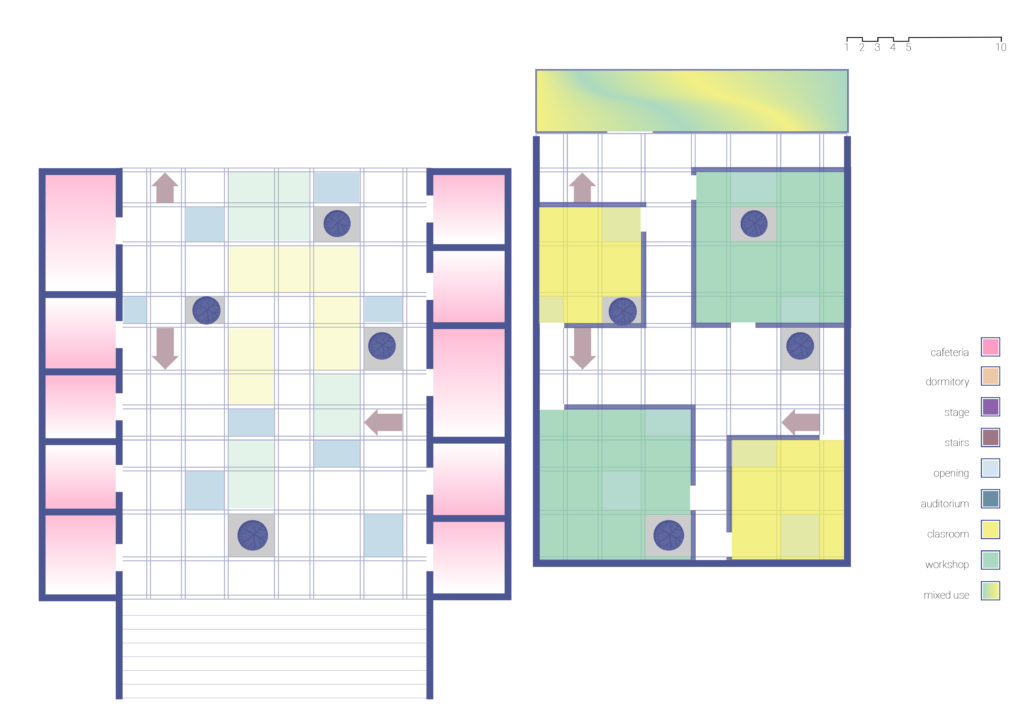 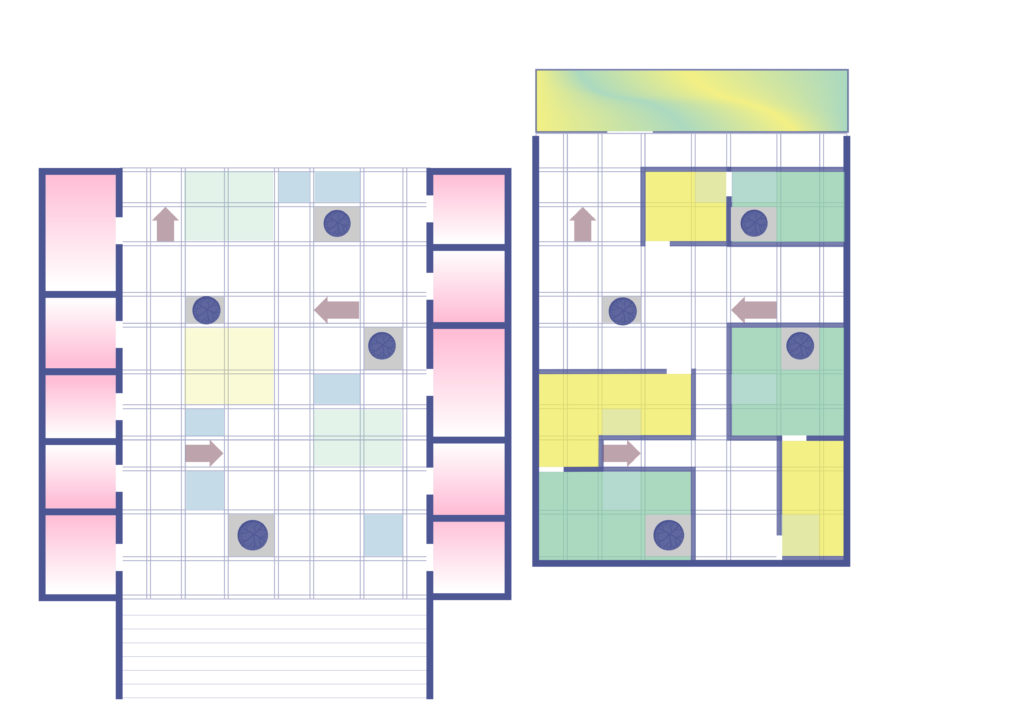 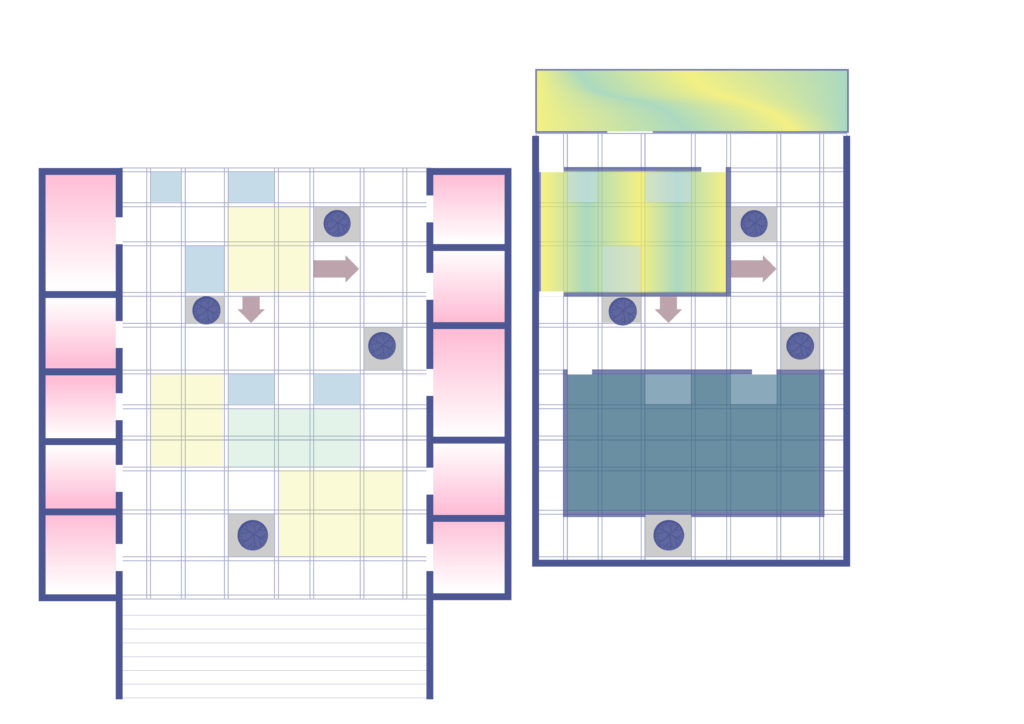 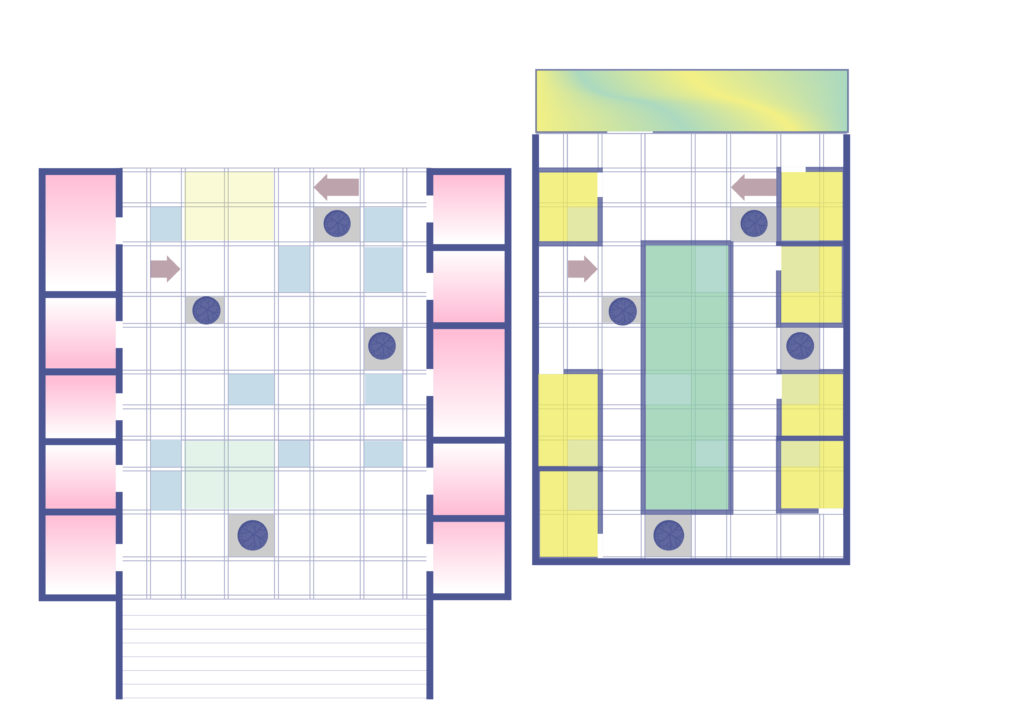 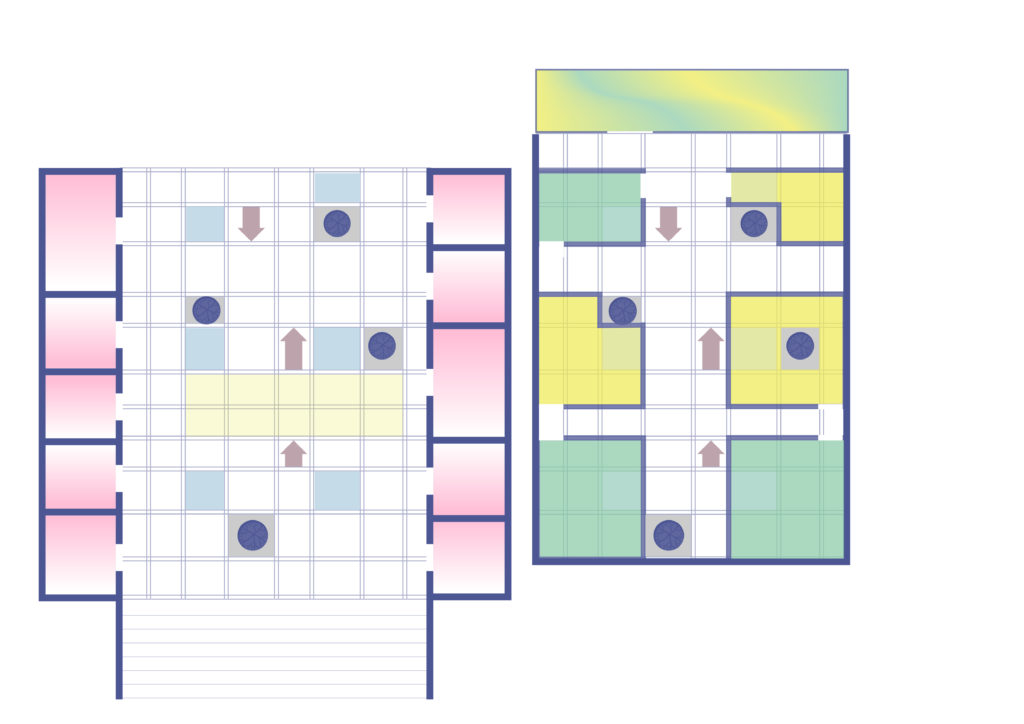 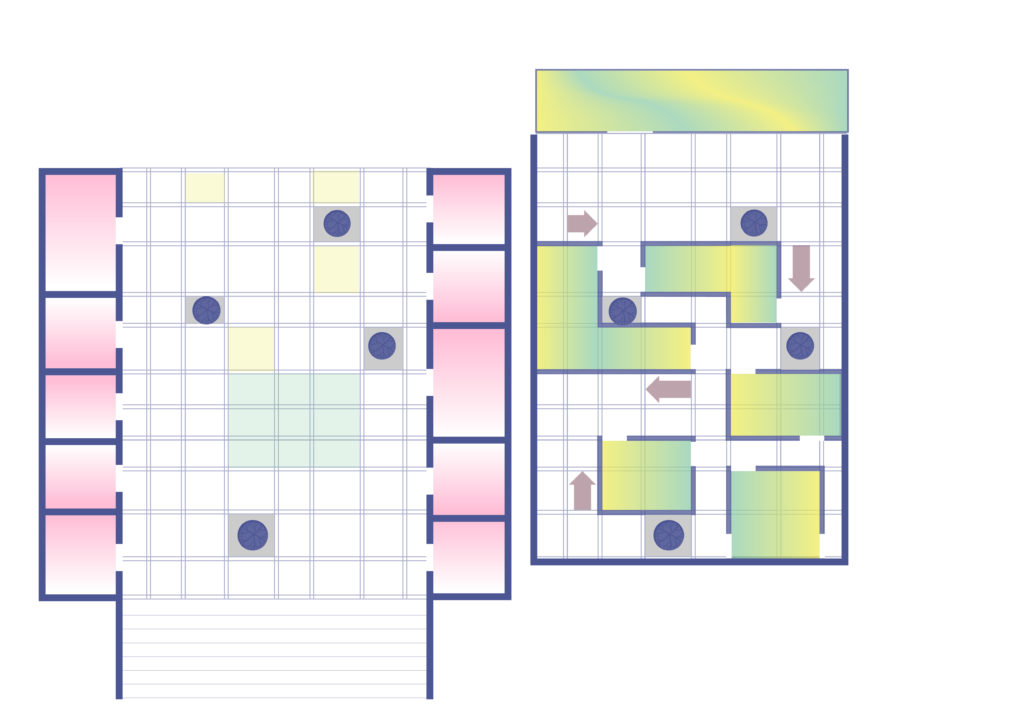 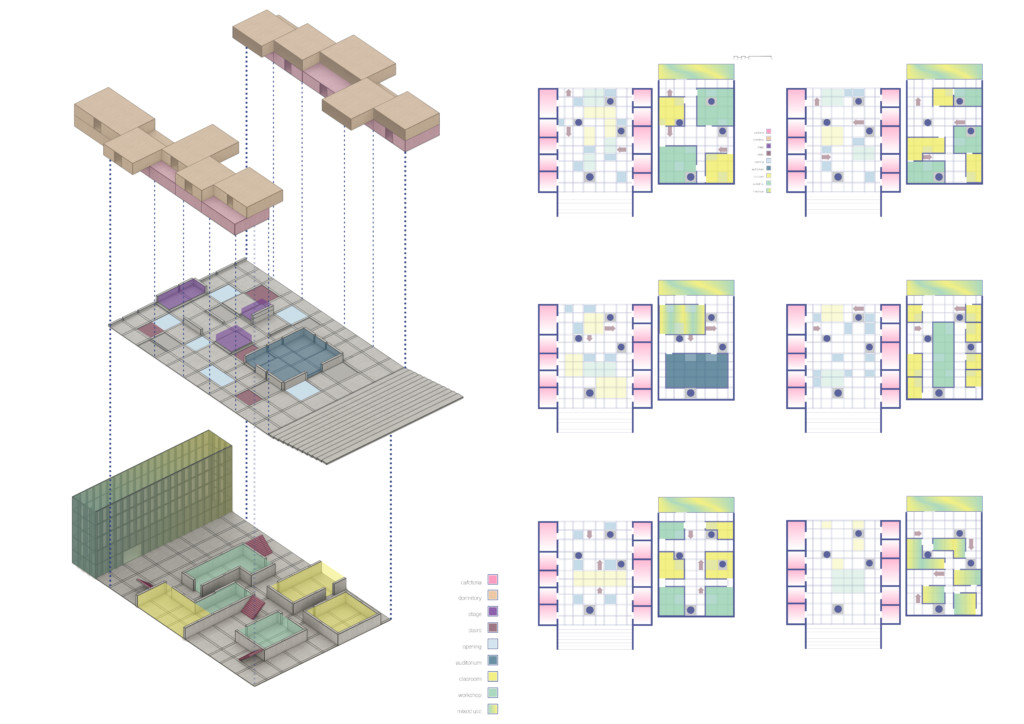 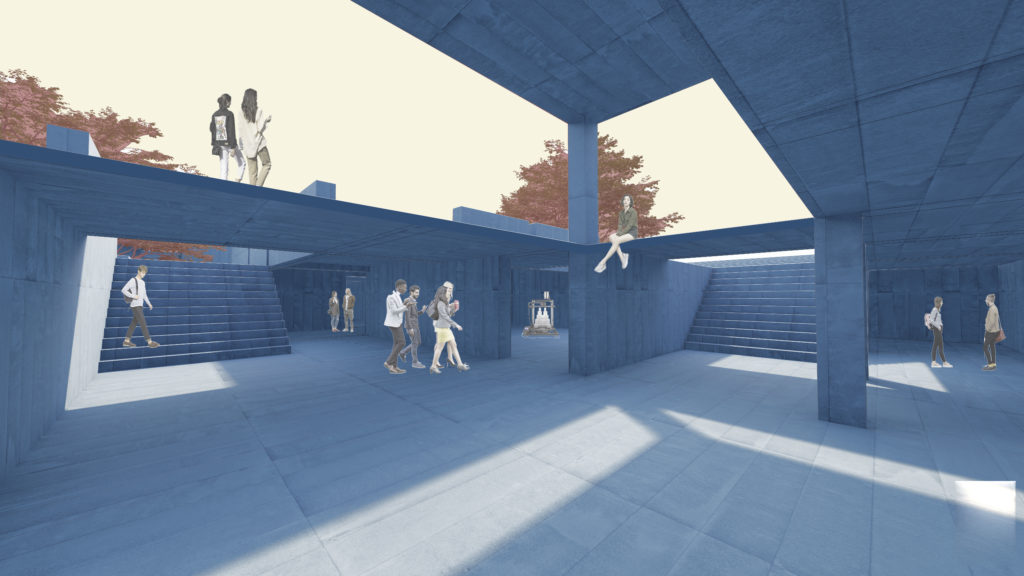 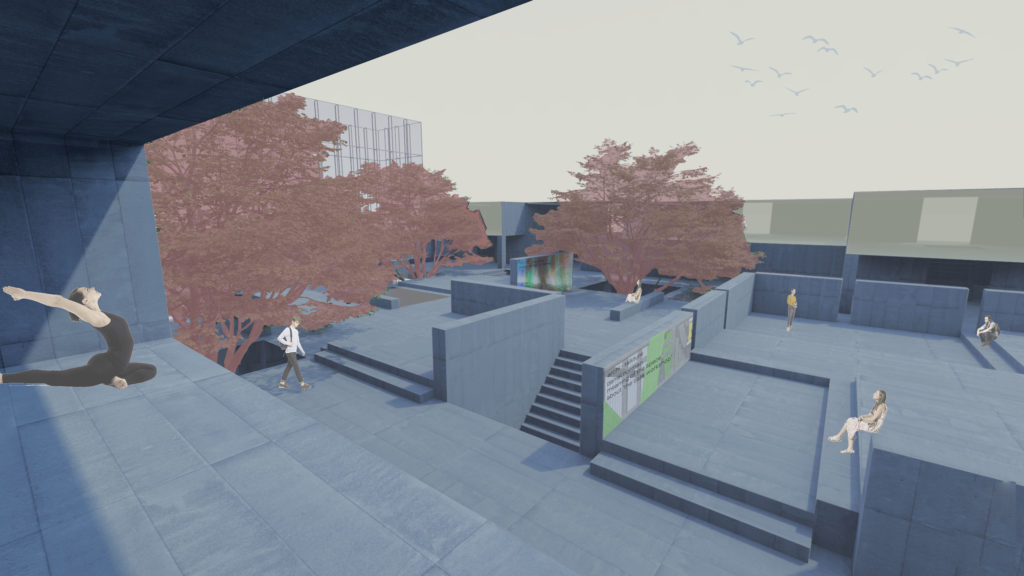 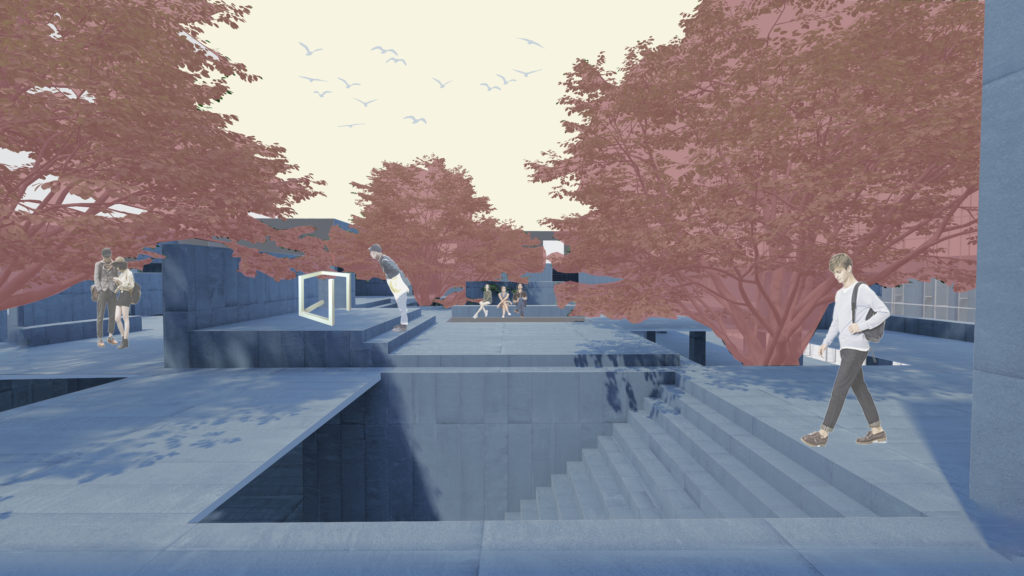 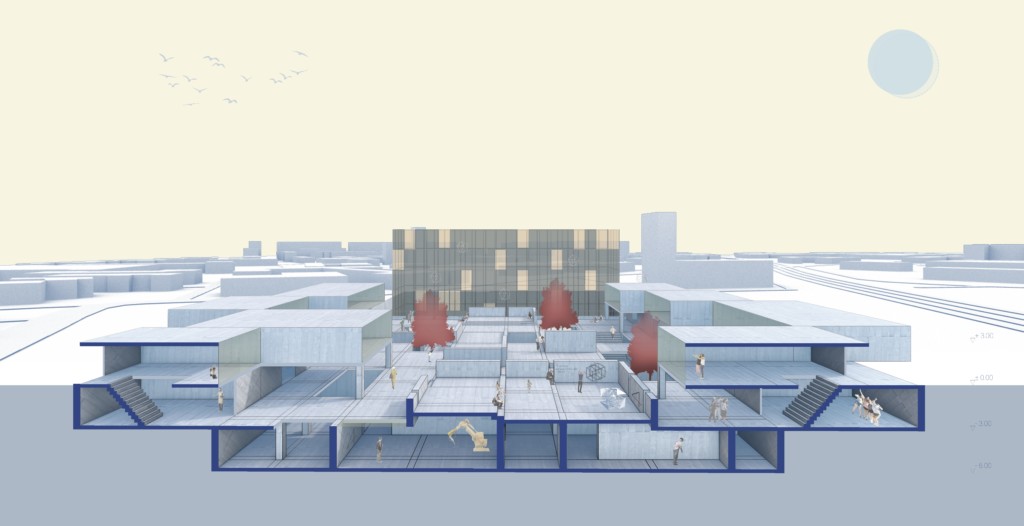 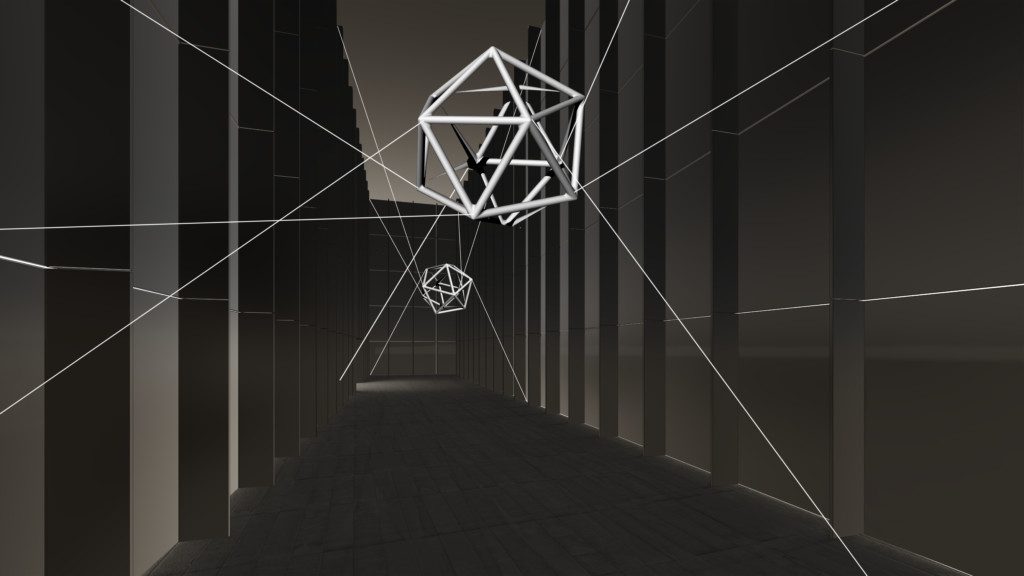 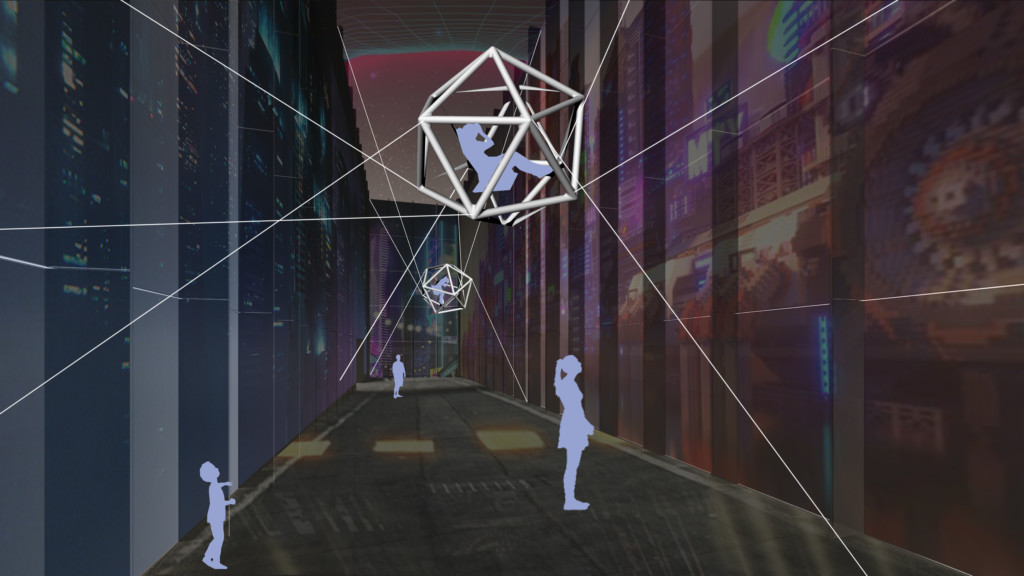