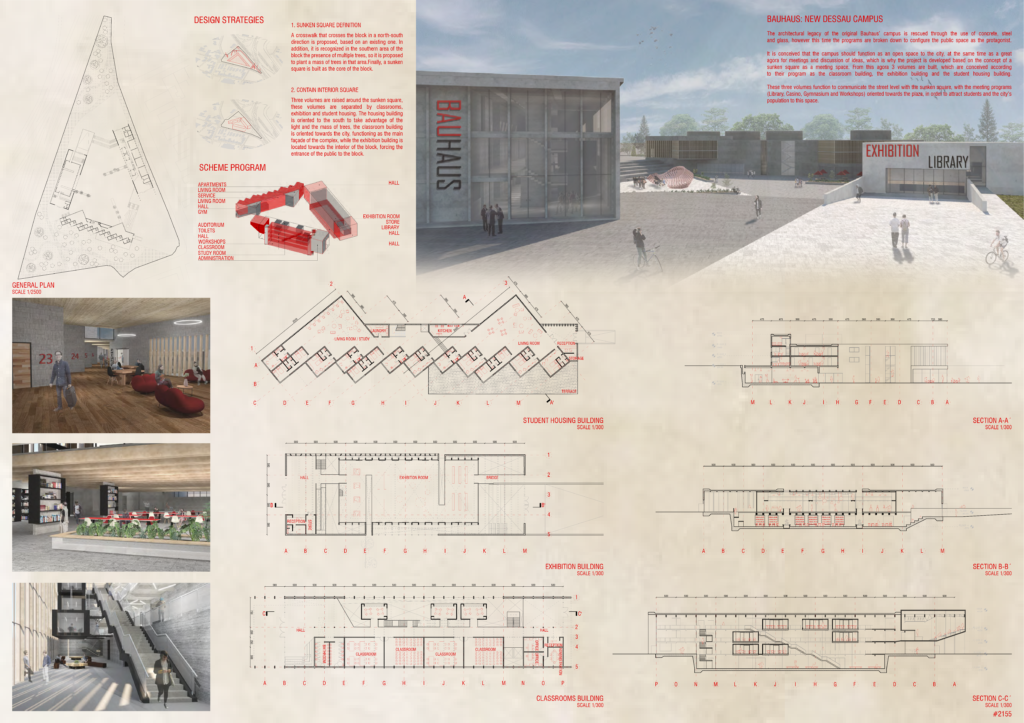 The architectural legacy of the original Bauhaus’ campus is rescued through the use of concrete, steel and glass, however this time the programs are broken down to configure the public space as the protagonist.

It is conceived that the campus should function as an open space to the city, at the same time as a great agora for meetings and discussion of ideas, which is why the project is developed based on the concept of a sunken square as a meeting space. From this agora 3 volumes are built, which are conceived according to their program as the classroom building, the exhibition building and the student housing building.

These three volumes function to communicate the street level with the sunken square, with the meeting programs (Library, Casino, Gymnasium and Workshops) oriented towards the plaza, in order to attract students and the city’s population to this space.

A crosswalk that crosses the block in a north-south direction is proposed, based on an existing one. In addition, it is recognized in the southern area of the block the presence of multiple trees, so it is proposed to plant a mass of trees in that area.Finally, a sunken square is built as the core of the block.

Three volumes are raised around the sunken square, these volumes are separated by classrooms, exhibition and student housing. The housing building is oriented to the south to take advantage of the light and the mass of trees, the classroom building is oriented towards the city, functioning as the main façade of the complex, while the exhibition building is located towards the interior of the block, forcing the entrance of the public to the block. 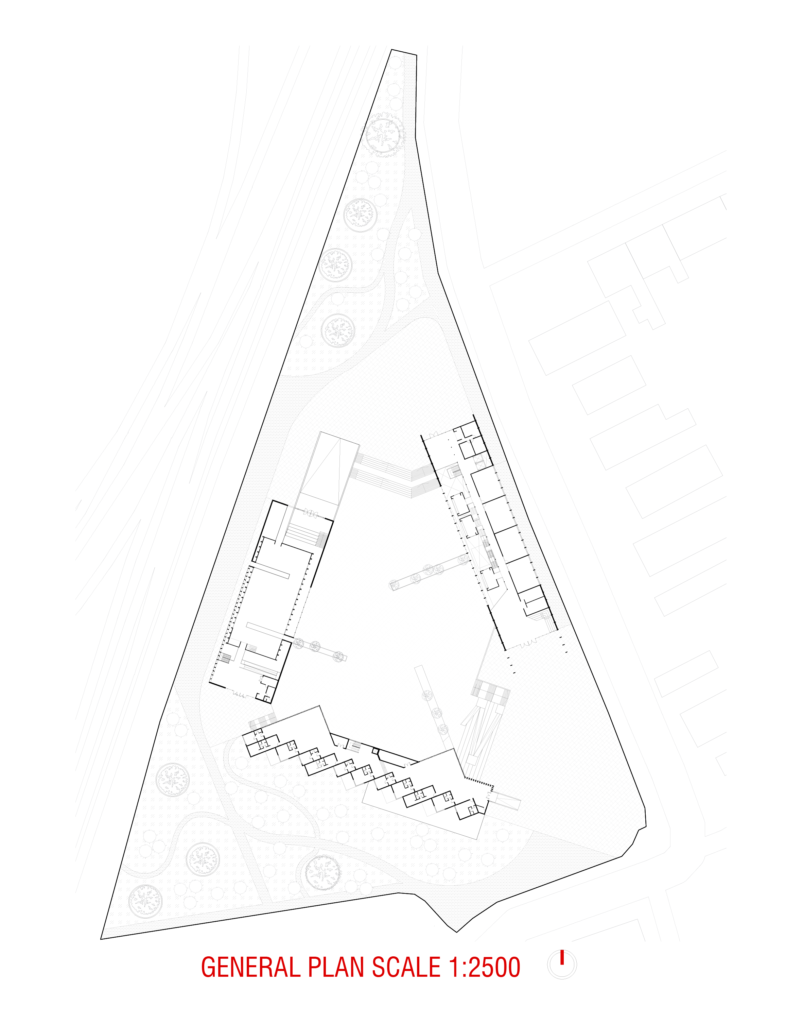 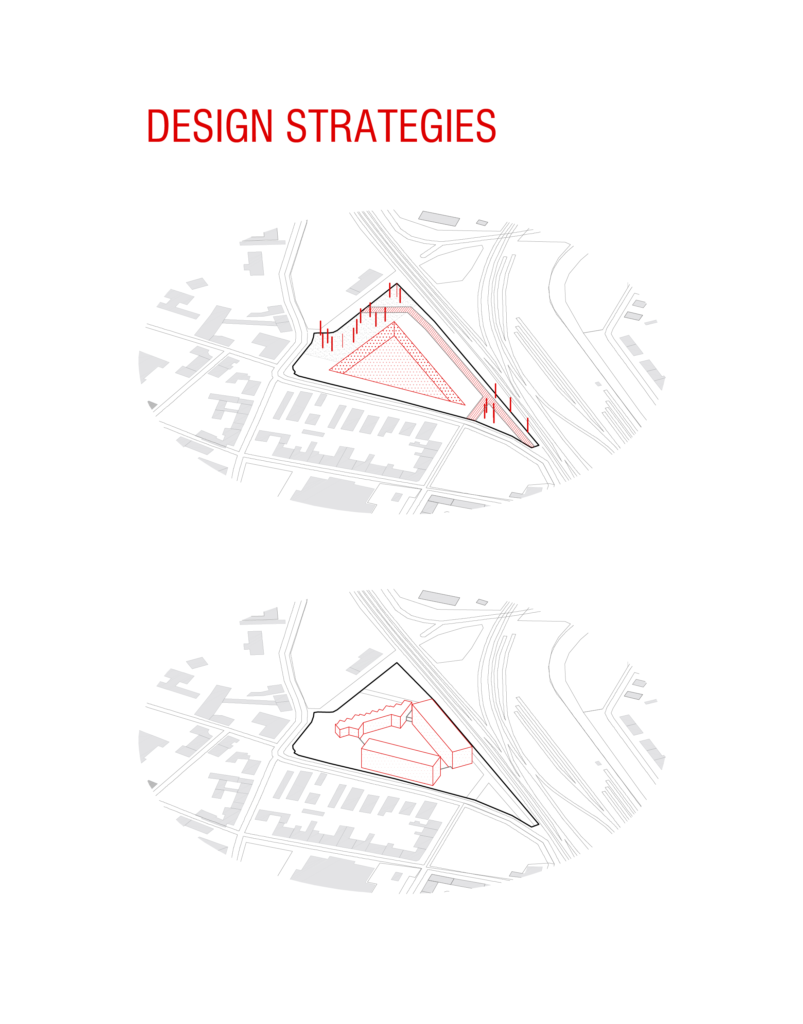 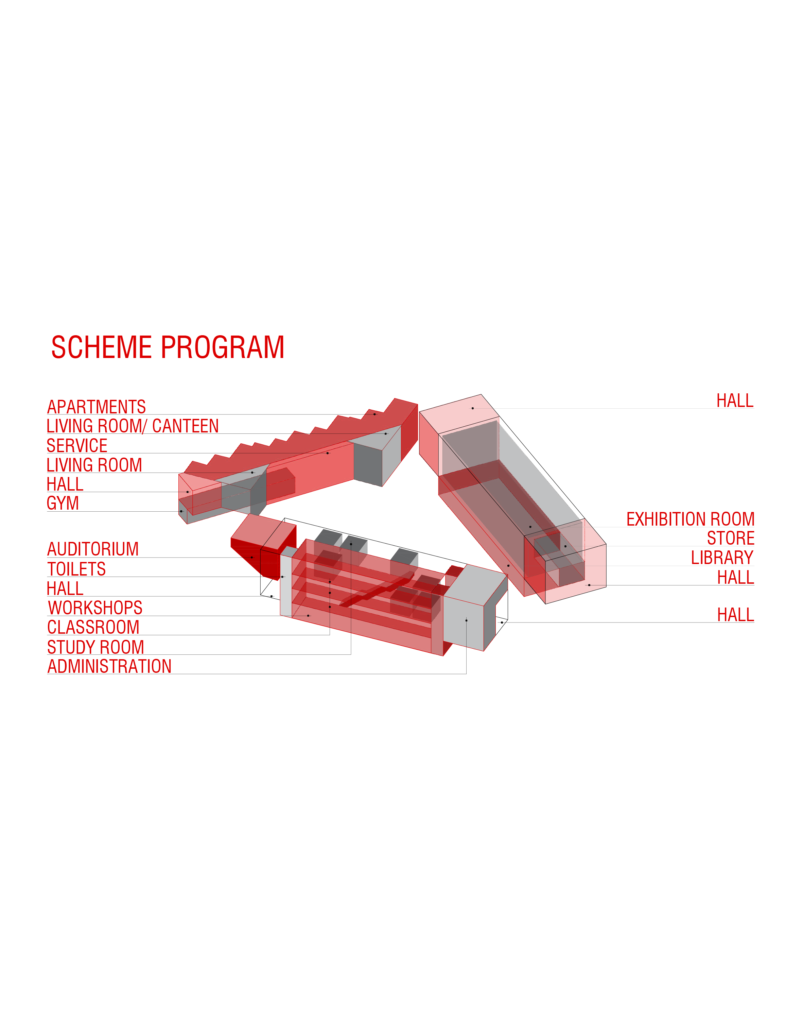 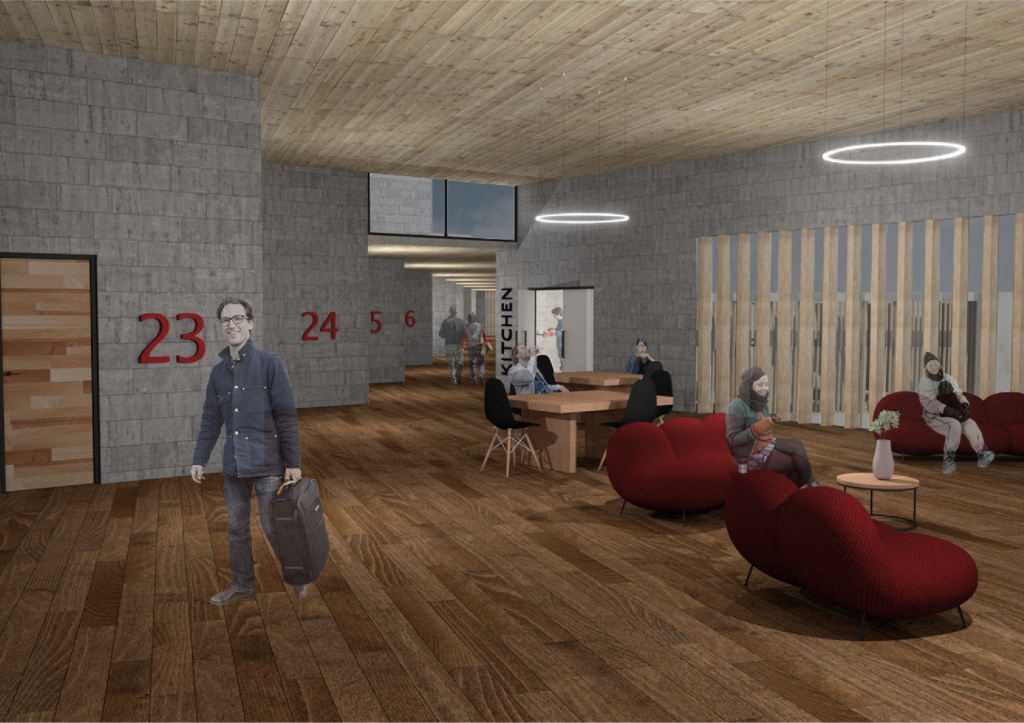 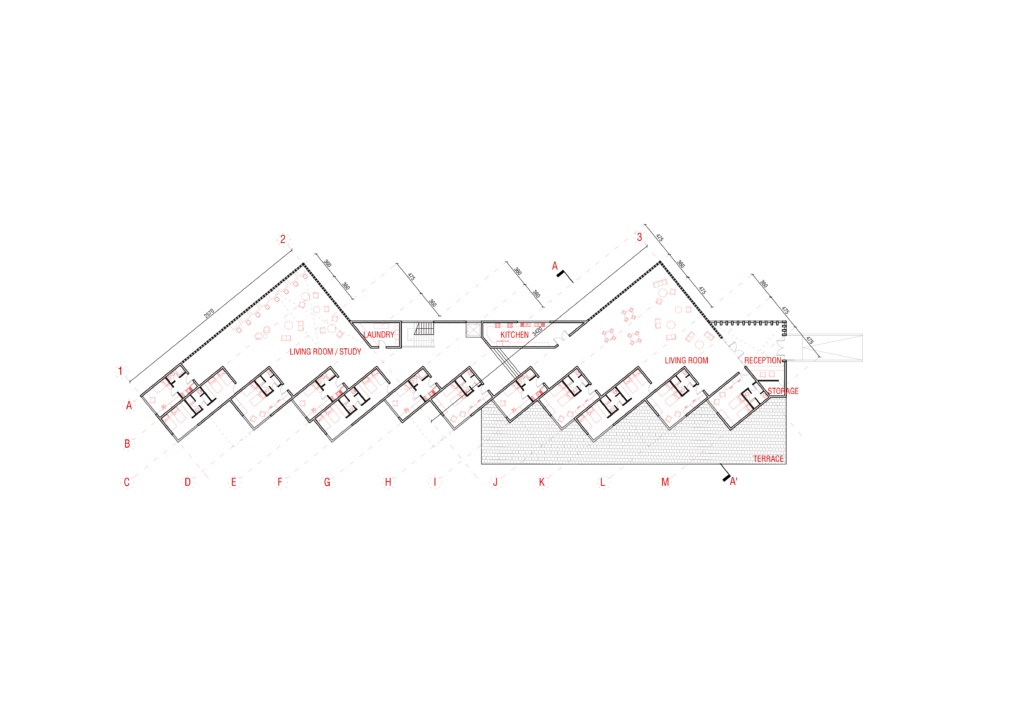 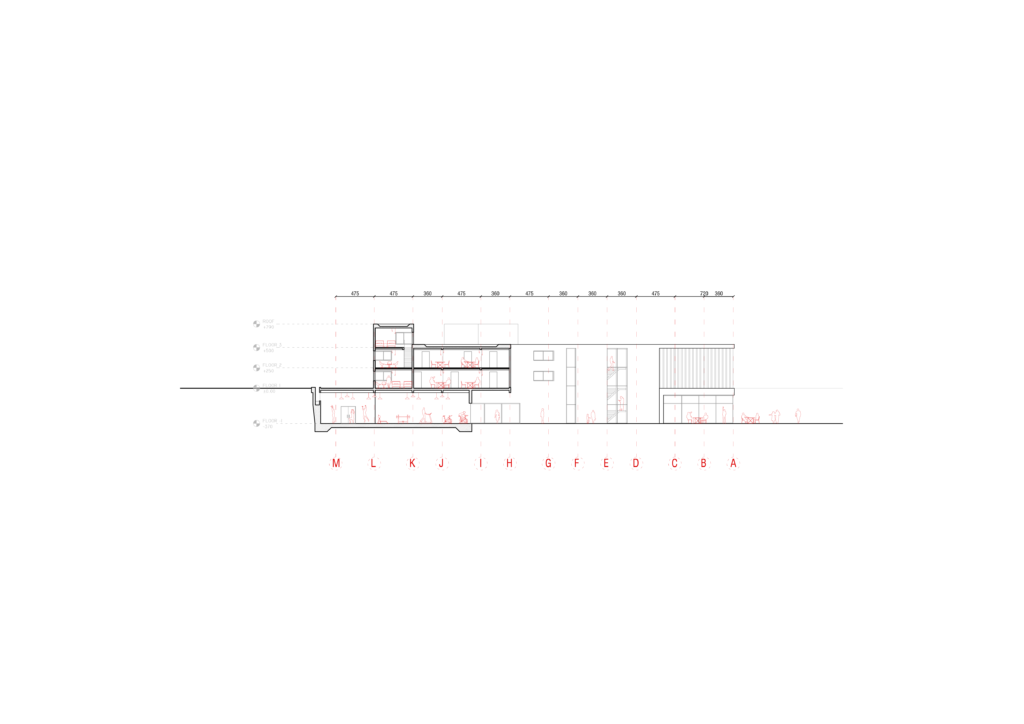 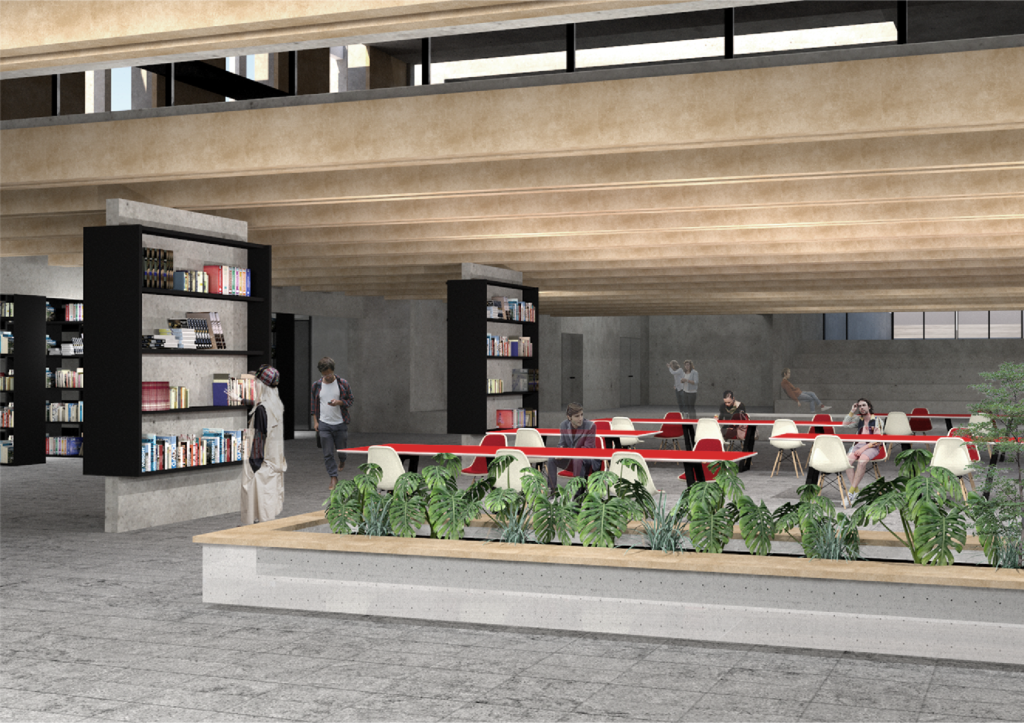 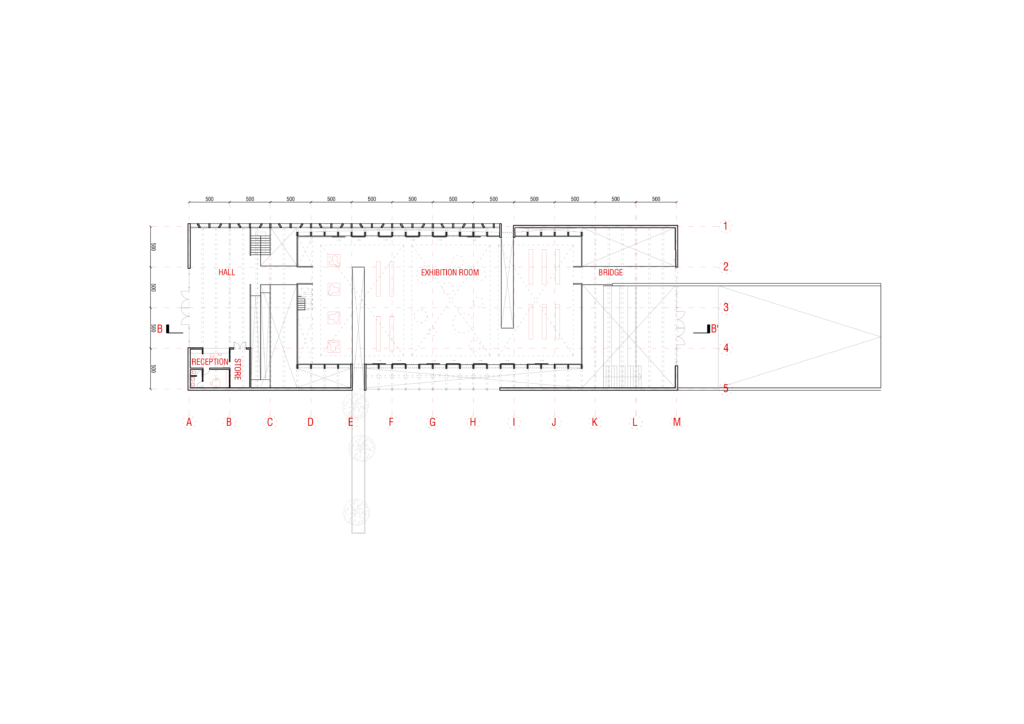 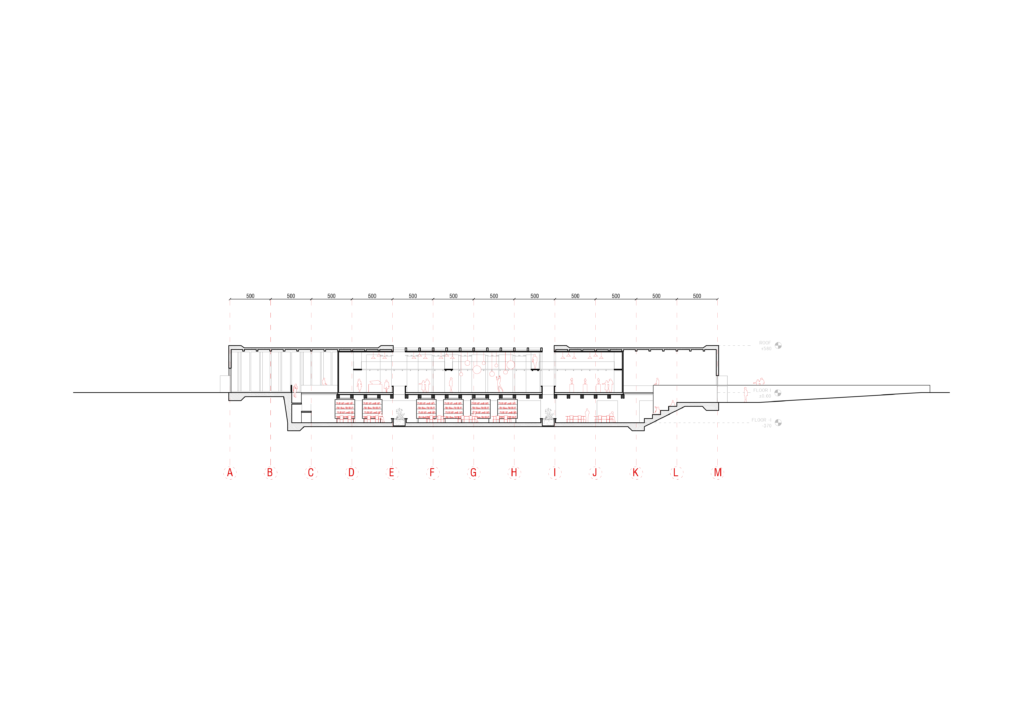 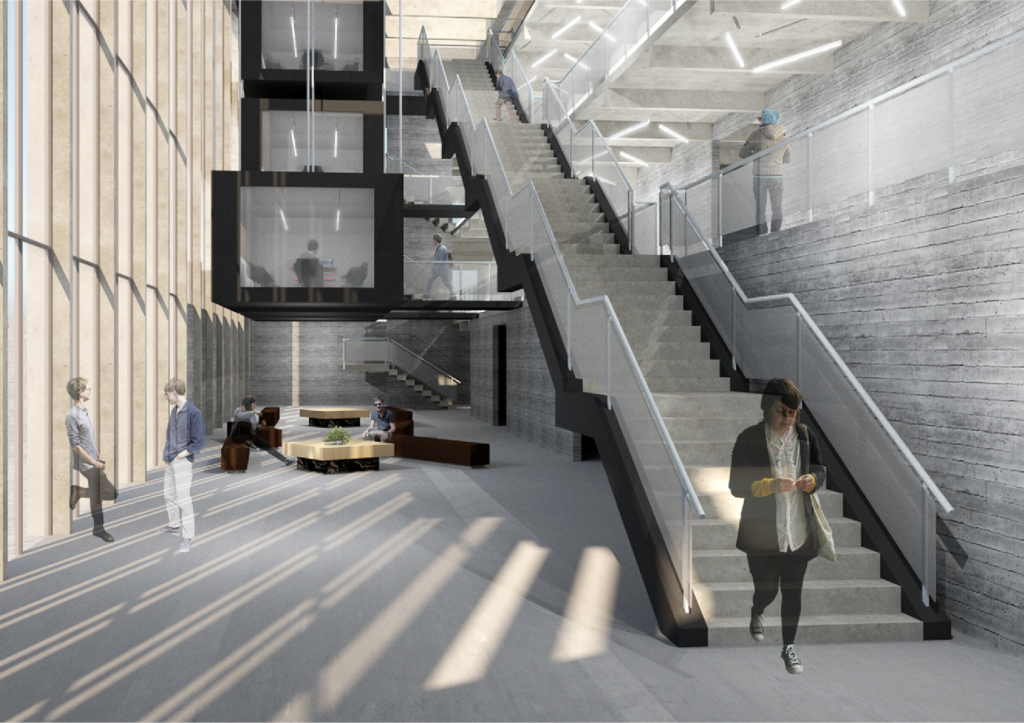 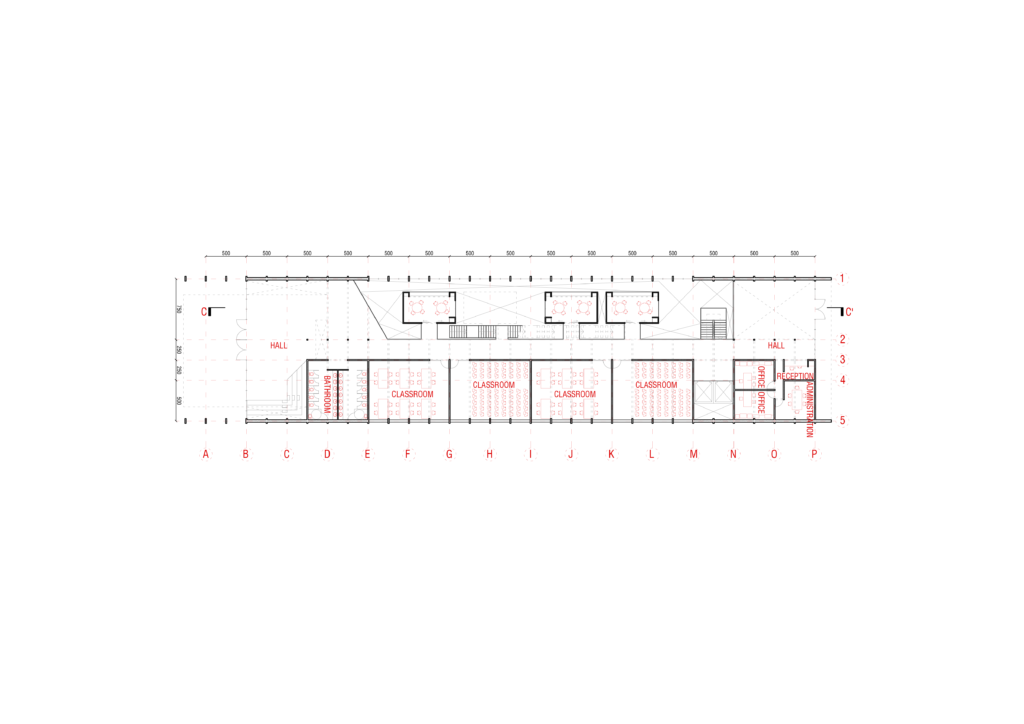 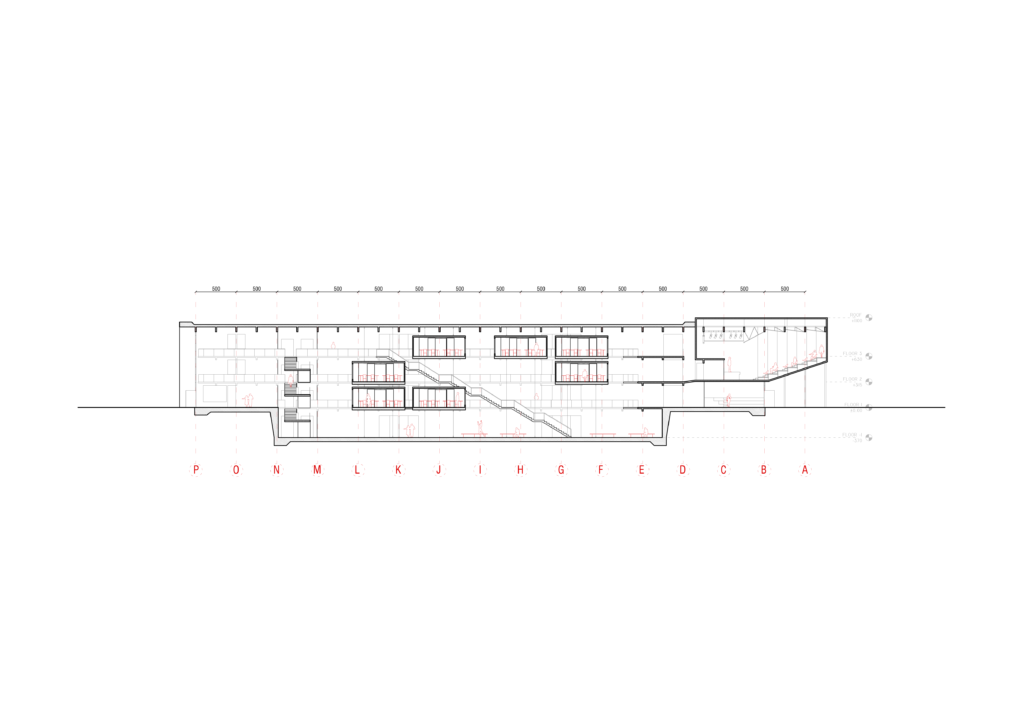