Since computational aided design technology was introduced into architecture at the end of the 20th century, “structural form-finding” has gained new vitality again. The history of architecture is the history of the evolution of structure form. From barrel vault and dome in Greek and Roman period, to cross vault, and pendentive in Byzantine, Gothic period, To the experimental simulation of building structure form of architects represented by Antonio Gaudi, Frei Otto, architectural form has been closely related to structure optimization design.

Architects will use a new mechanical simulation algorithm to collaborate with computers to create efficient and novel building forms more intelligently, and introduce advanced 3D printing construction technology to promote the application of mass customization in the field of architecture.

I. Freeze Frame — Topological Abnormality of Space.
The processing of space is no longer the pursuit of modular space composed of points, lines and planes, and the traditional Euclidean geometry concept is no longer the common thread of architectural space. From the perspective of architectural design, the application of topological geometry enables the interface of enclosed space to change at will under the condition of topological equivalence, thus creating a free and dynamic nonlinear building.

II. Construction — Urban Landscape Node
The visual form is contrary to the traditional urban design principles, it has obvious personalized characteristics and is symbolic. As a landscape node, the building blurs the boundary and establishes a new order center of urban space. Architecture no longer exists as an independent object, but with the constant occurrence of inevitable and accidental events in the city, it has a chance to reflect culture.

Soundproof and Sound Absorption
Sound pollution negatively impacts the health or quality of human or animal life. In order to reduce the noice pollution from the nearby railway and to keep outside noice out of our building, we plant trees on the west side of our site. 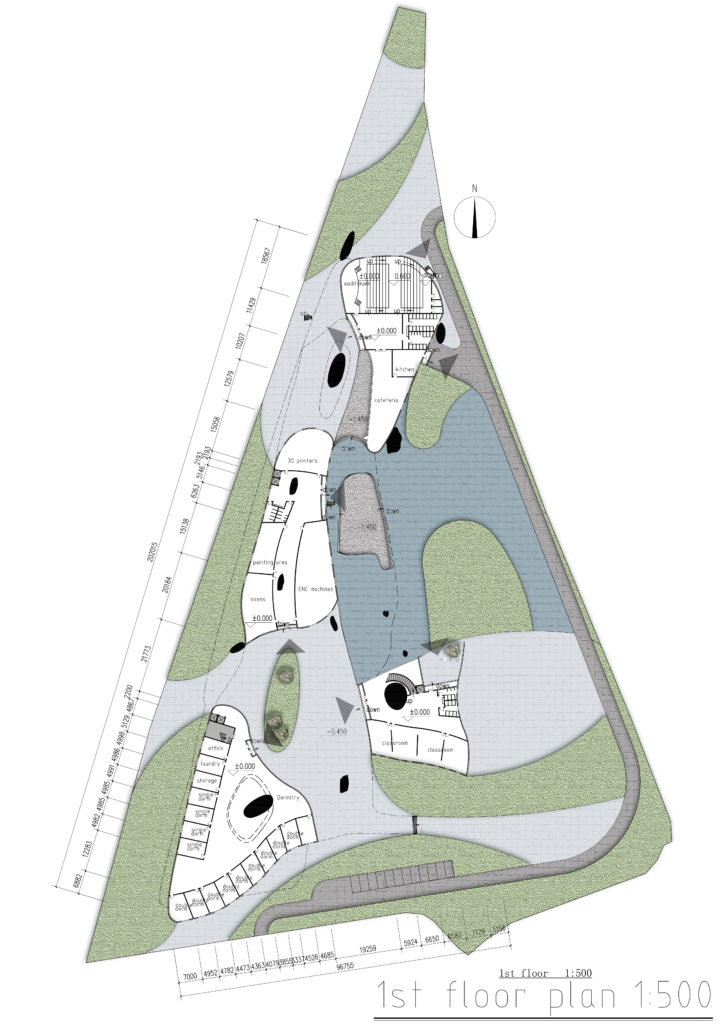 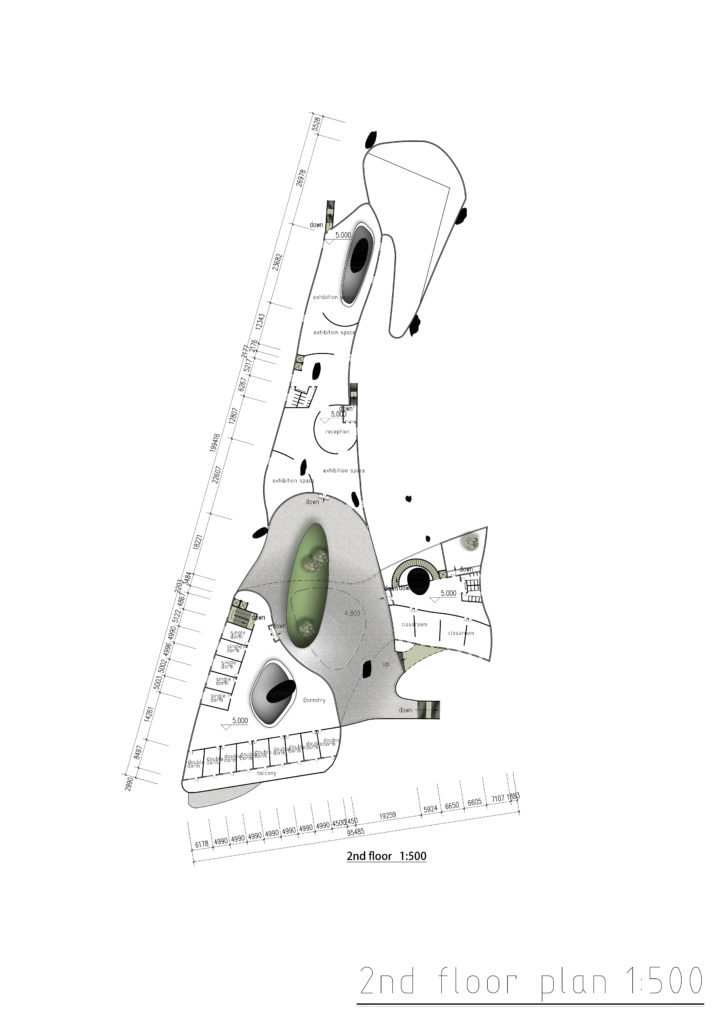 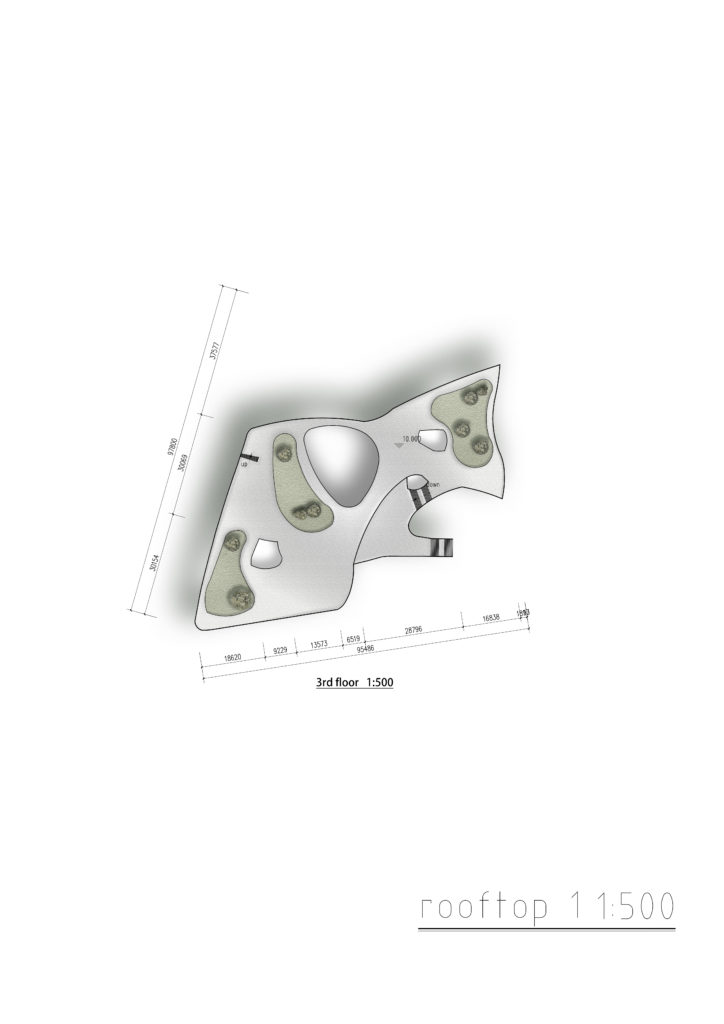 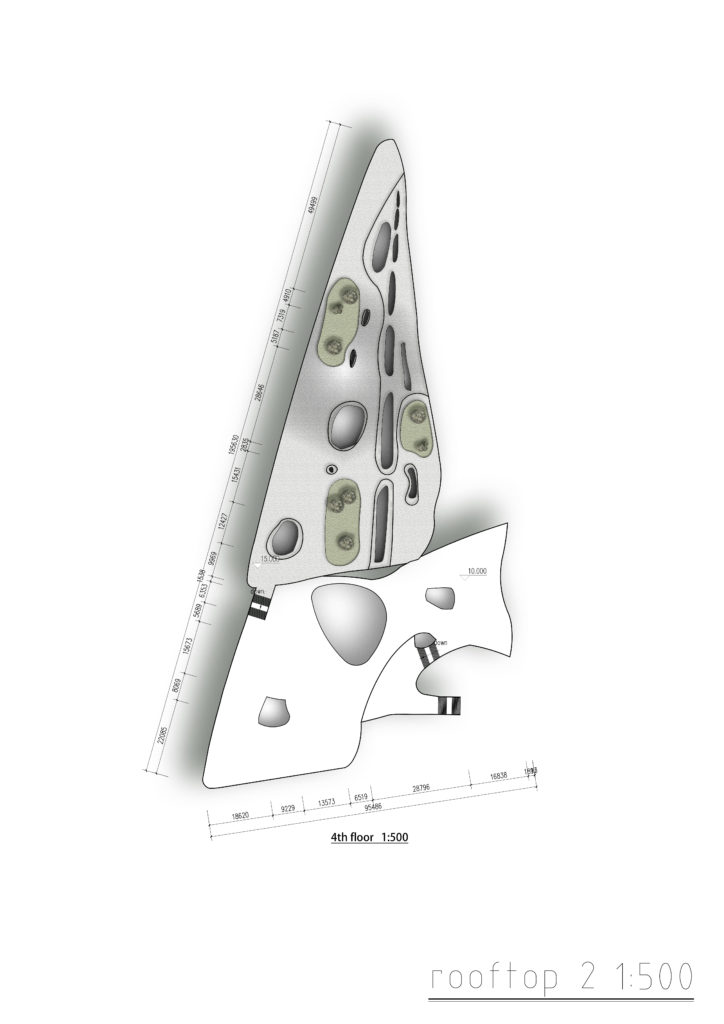 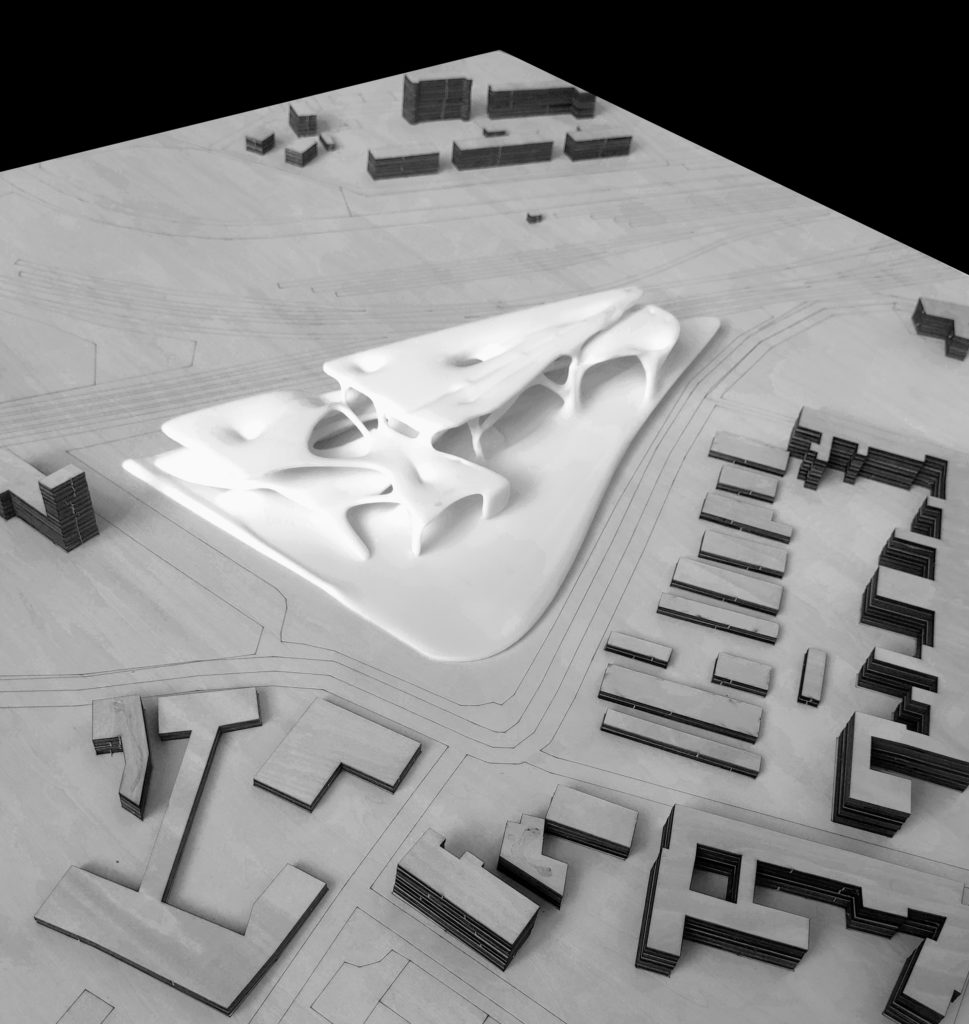 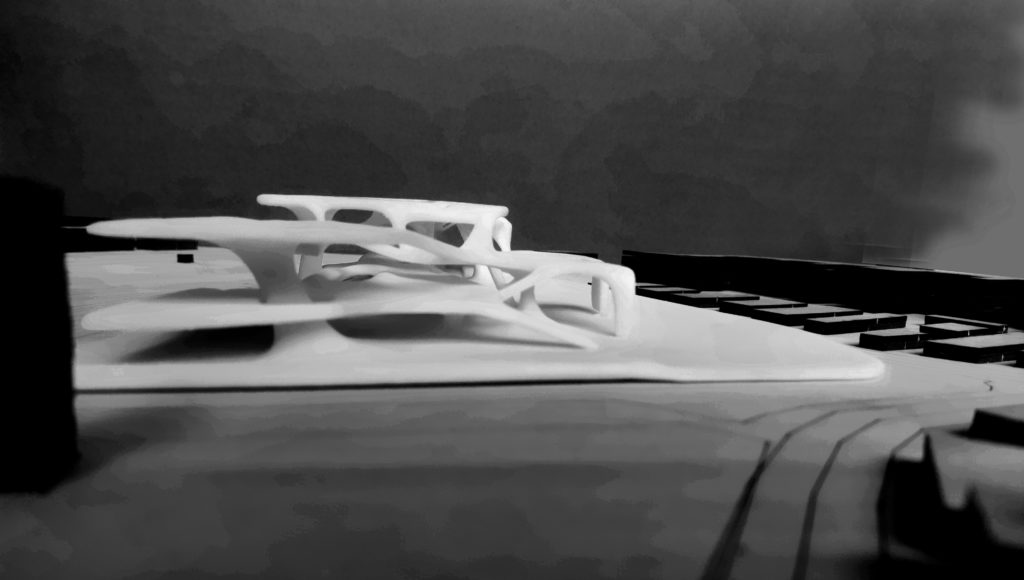 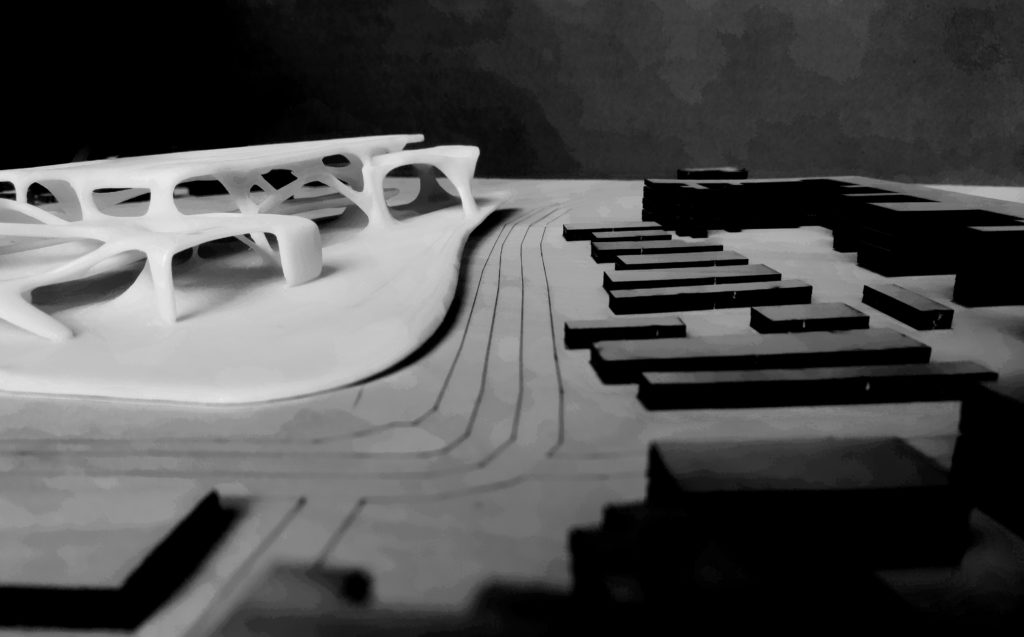