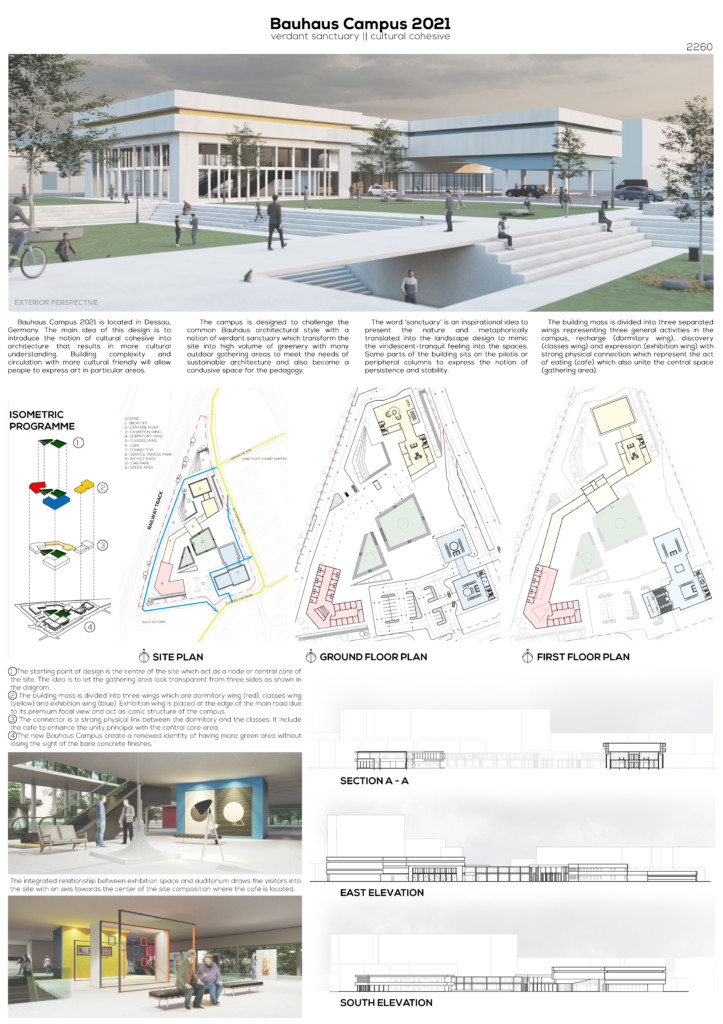 Bauhaus Campus 2021 is located in Dessau, Germany. The main idea of this design is to introduce the notion of cultural cohesive into architecture that results in more cultural understanding. Building complexity and circulation with more cultural friendly will allow people to express art in particular areas.

The campus is designed to challenge the common Bauhaus architectural style with a notion of verdant sanctuary which transform the site into high volume of greenery with many outdoor gathering areas to meet the needs of sustainable architecture and also become a condusive space for the pedagogy.

The word ‘sanctuary’ is an inspirational idea to present the nature and metaphorically translated into the landscape design to mimic the viridescent-tranquil feeling into the spaces. Some parts of the building sits on the pilotis or peripheral columns to express the notion of  persistence and stability.

1 The starting point of design is the centre of the site which act as a node or central core of the site. The idea is to let the gathering area look transparent from three sides as shown in the diagram.

2 The building mass is divided into three wings which are dormitory wing (red), classes wing (yellow) and exhibition wing (blue). Exhibition wing is placed at the edge of the main road due to its premium focal view and act as iconic structure of the campus.

3 The connector is a strong physical link between the dormitory and the classes. It include the cafe to enhance the unity principal with the central core area.

4 The new Bauhaus Campus create a renewed identity of having more green area without losing the sight of the bare concrete finishes.

The integrated relationship between exhibition space and auditorium draws the visitors into the site with an axis towards the center of the site composition where the café is located. 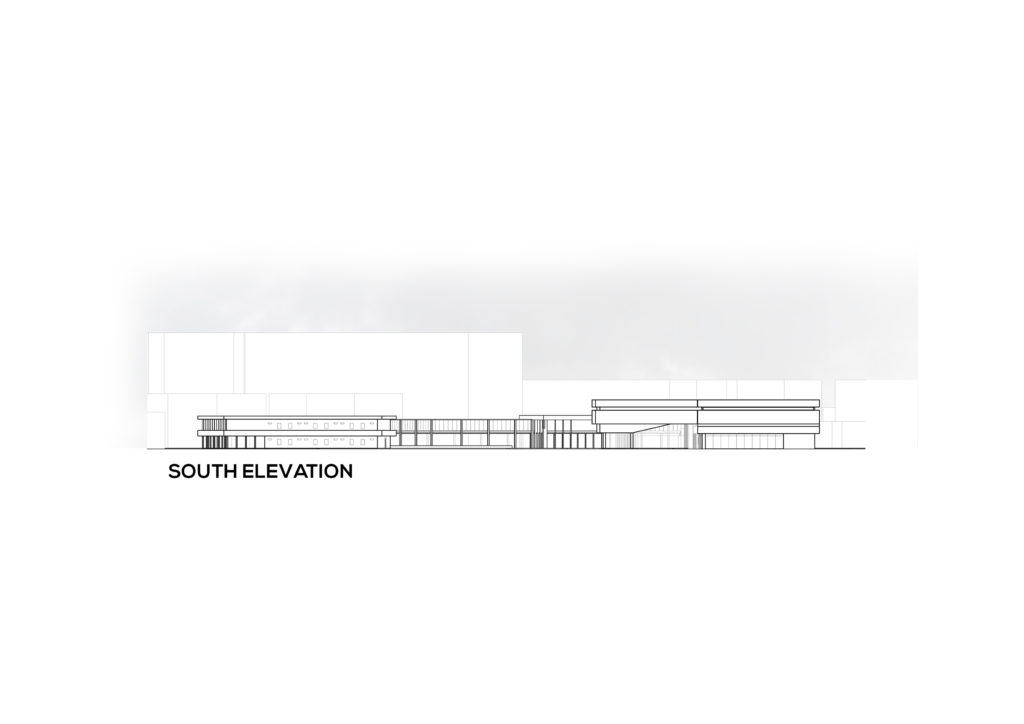 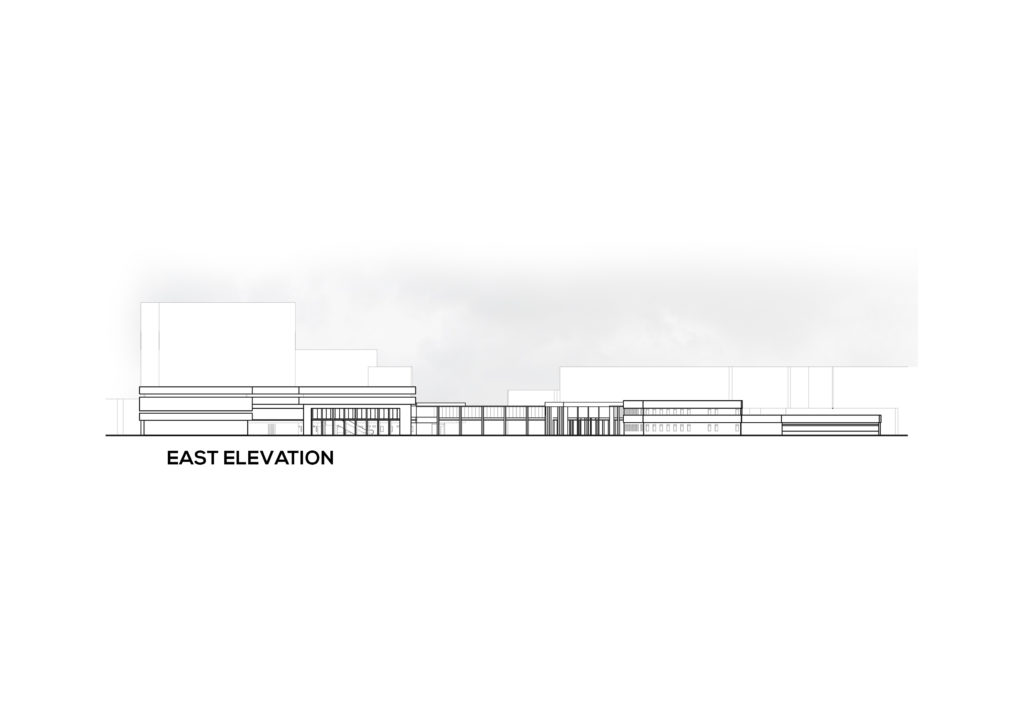 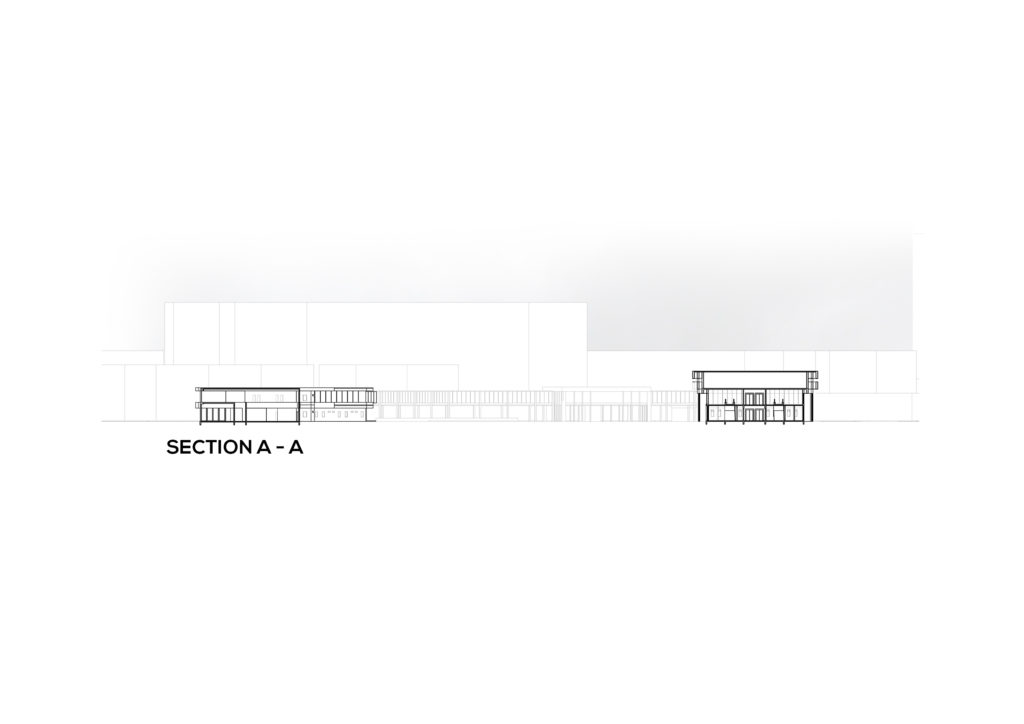 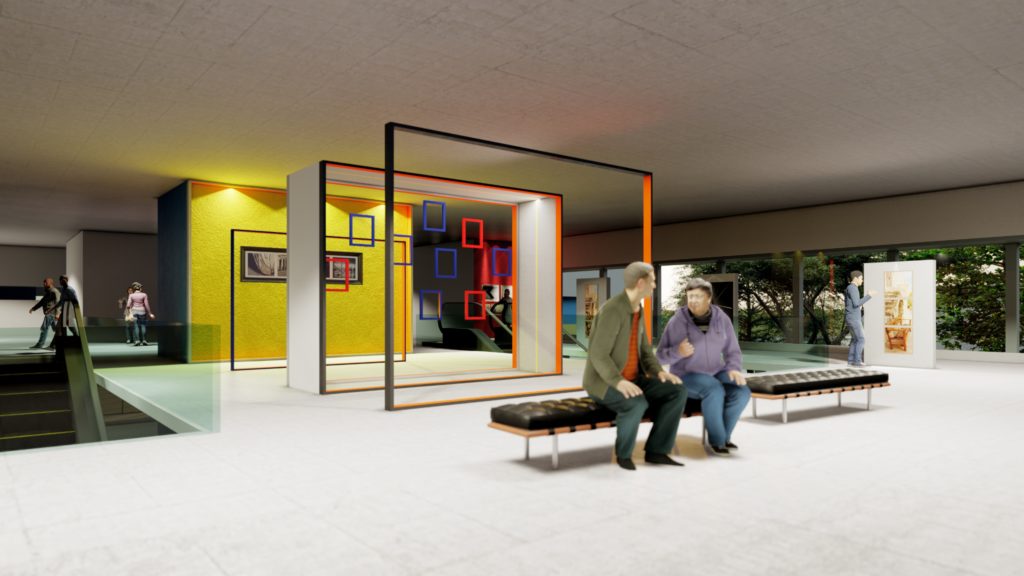 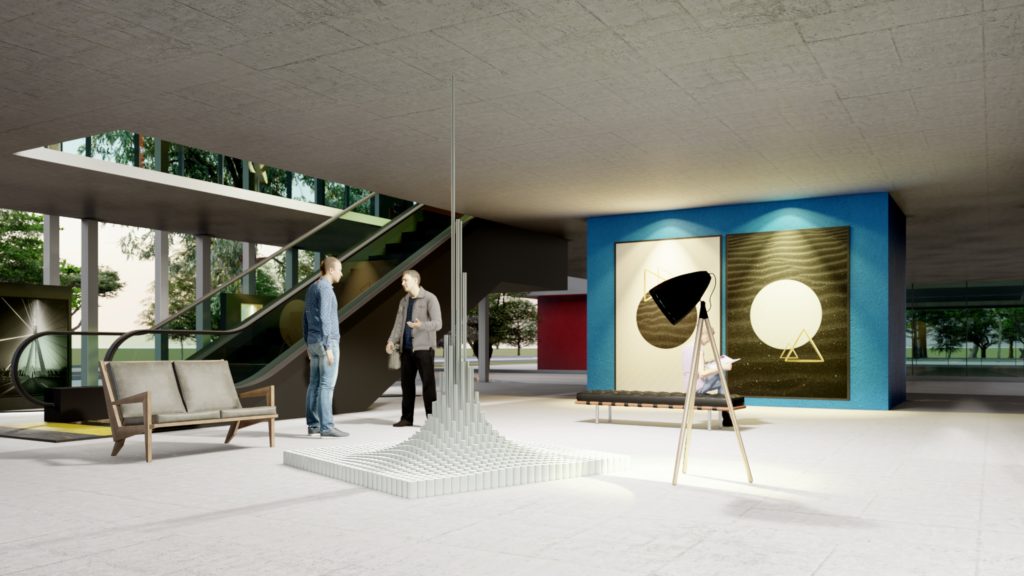 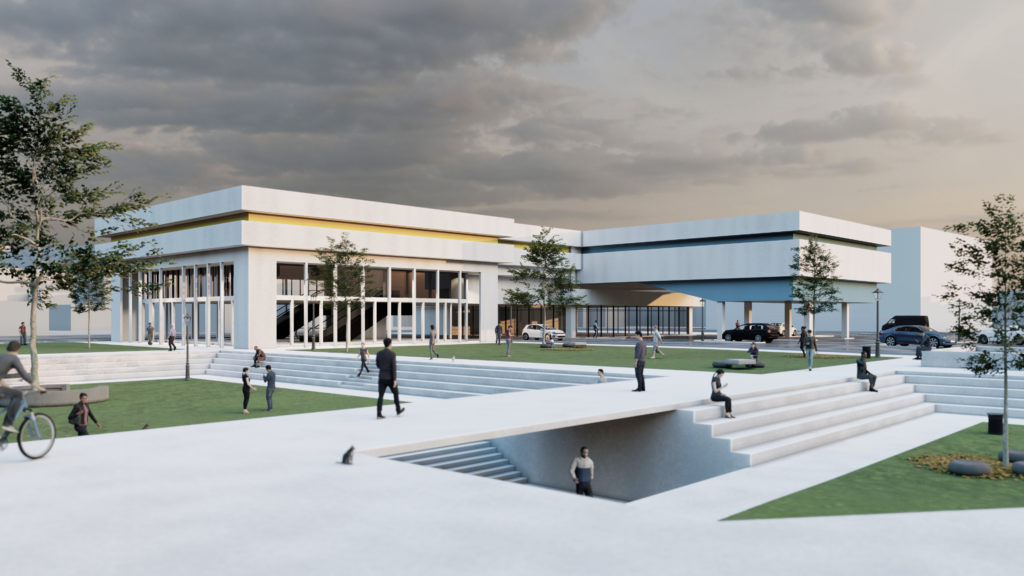 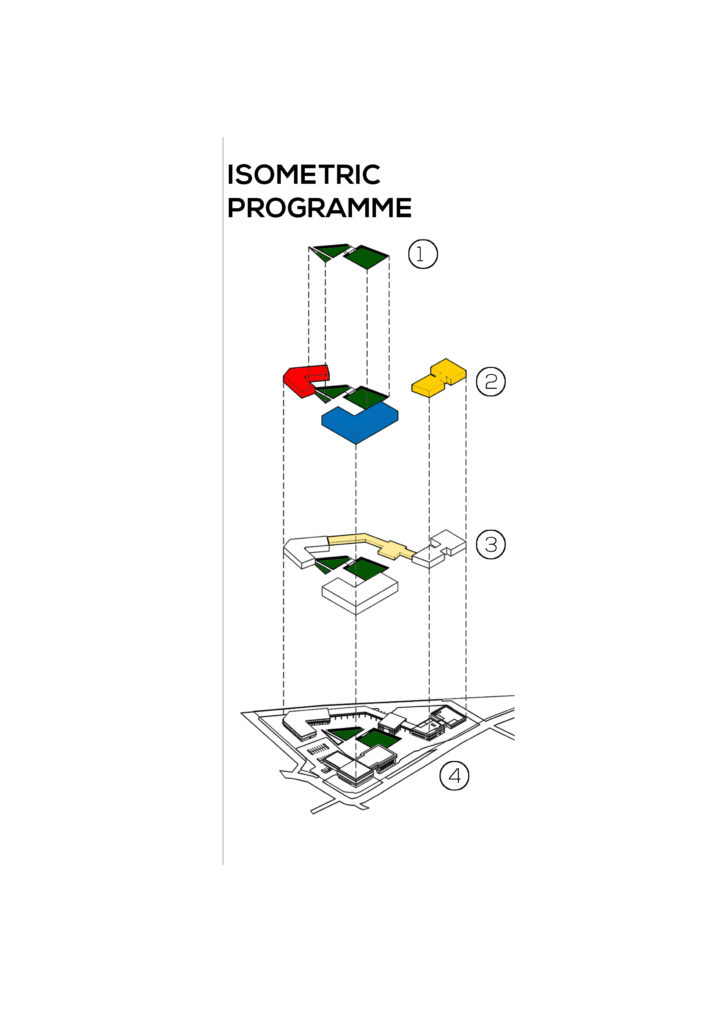 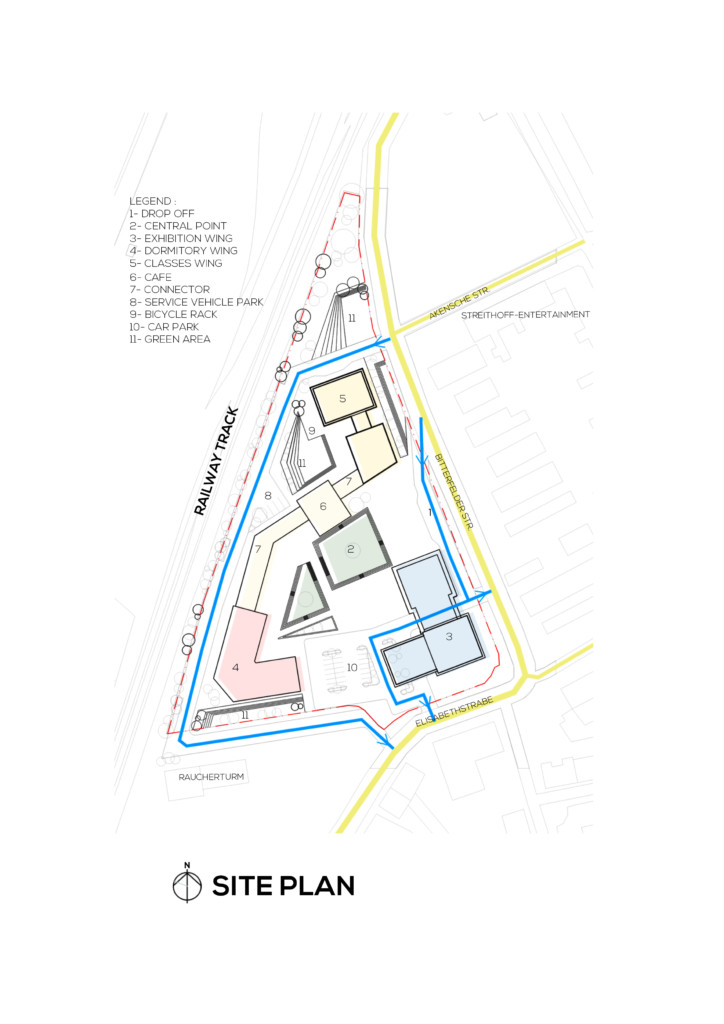 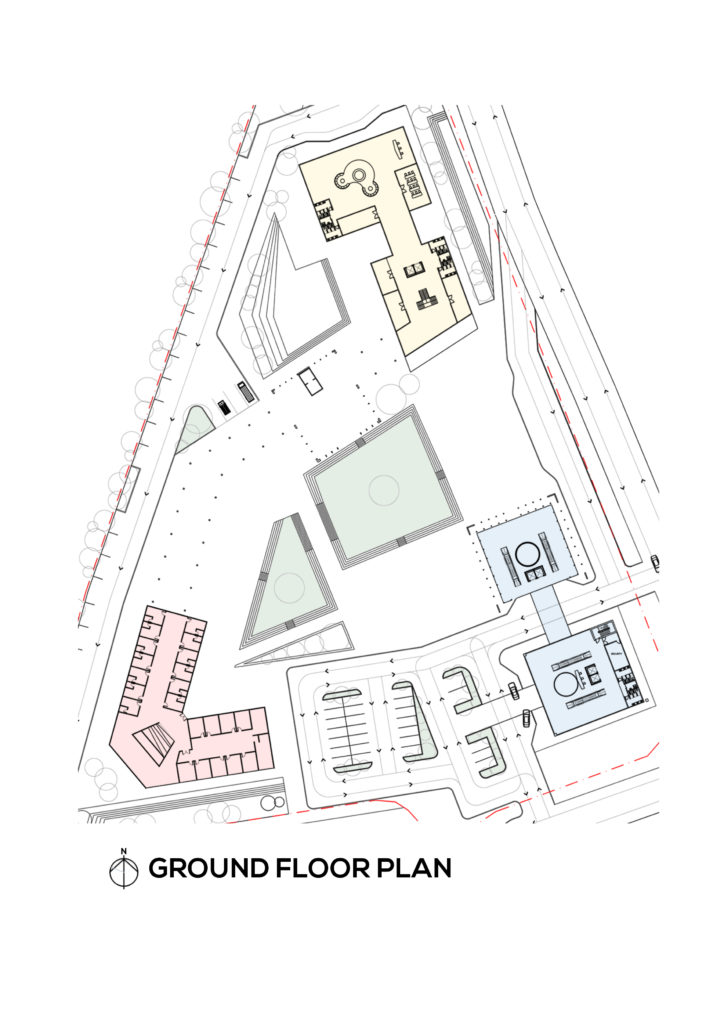 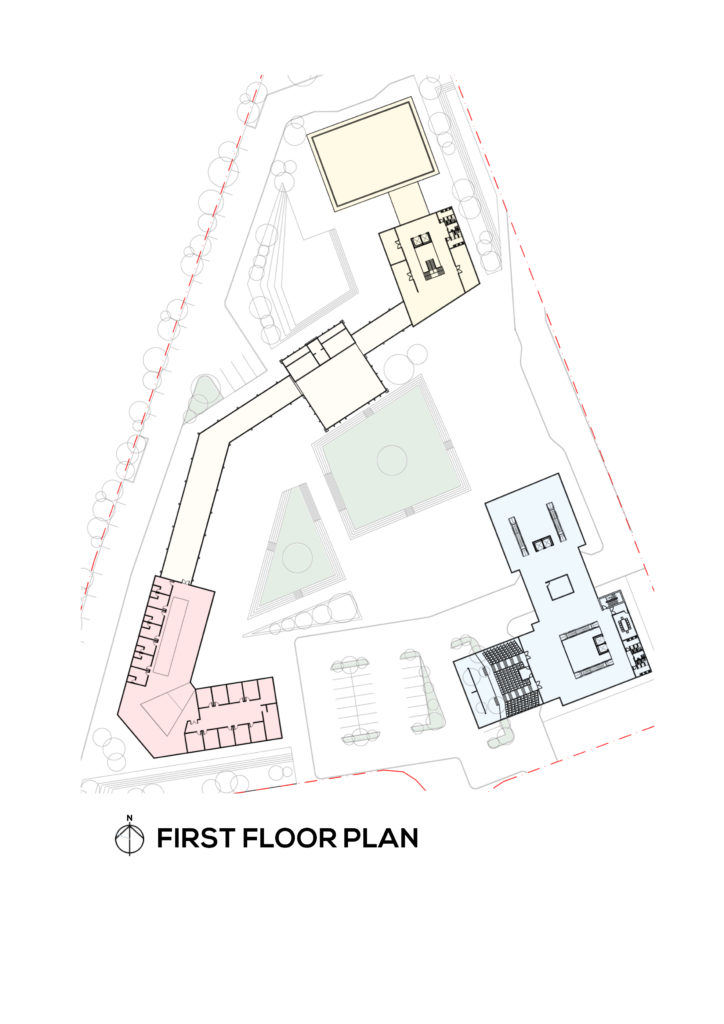