BAUHAUS CAMPUS 2021 : THE JUNCTURE by TANYASUPP 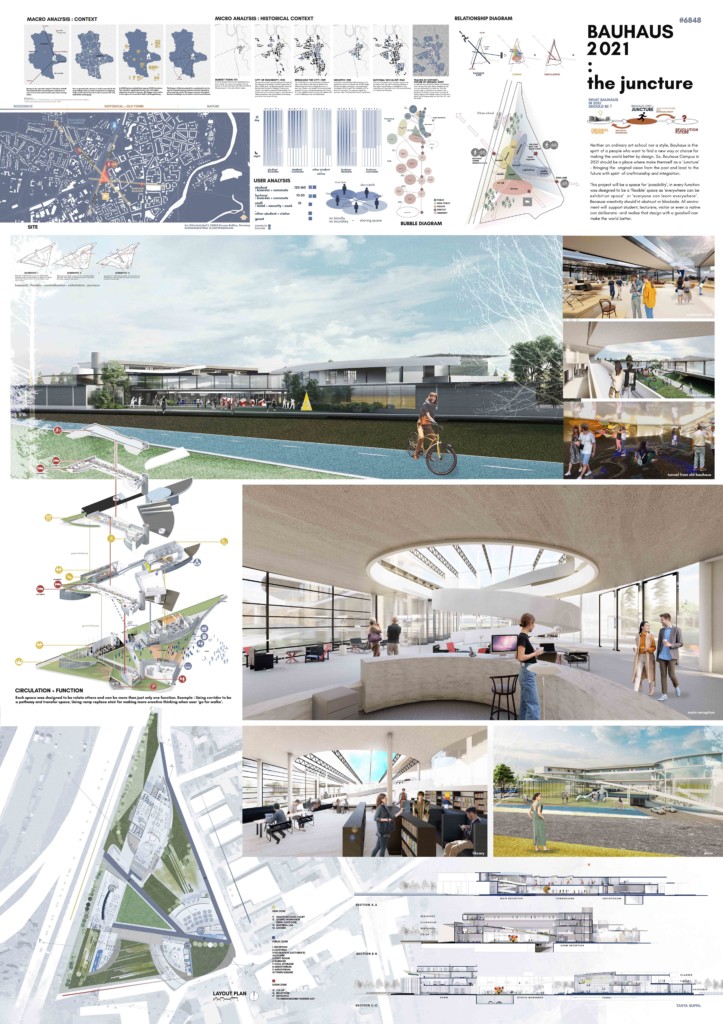 Neither an ordinary art school nor a style, Bauhaus is the spirit of a people who want to find a new way or choice for making the world better by design. So, Bauhaus Campus in 2021 should be a place where make themself as a ‘Juncture’ – Bringing the original vision from the past and lead to the future with spirit of craftmanship and integration.

This project will be a space for ‘possibility’, in every function was designed to be a ‘flexible’ space as ‘everywhere can be exhibition space’ or ‘everyone can learn everywhere’. Because creativity should’nt obstruct or blockade. All enviroment willsupport student, lecturere, visitor or even a native can deliberate -and realise that design with a goodwill can make the world better.

Each space was designed to be relate others and can be more than just only one function. Example : Using corridor to be a pathway and transfer space, Using ramp replace stair for making more creative thinking when user ‘go for walks’. 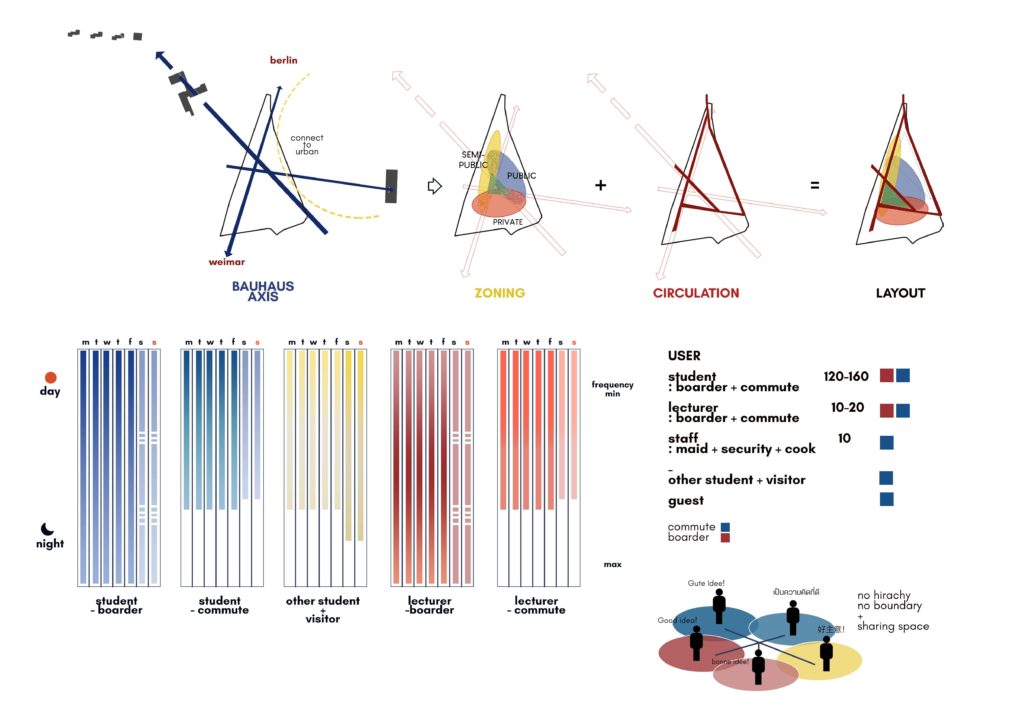 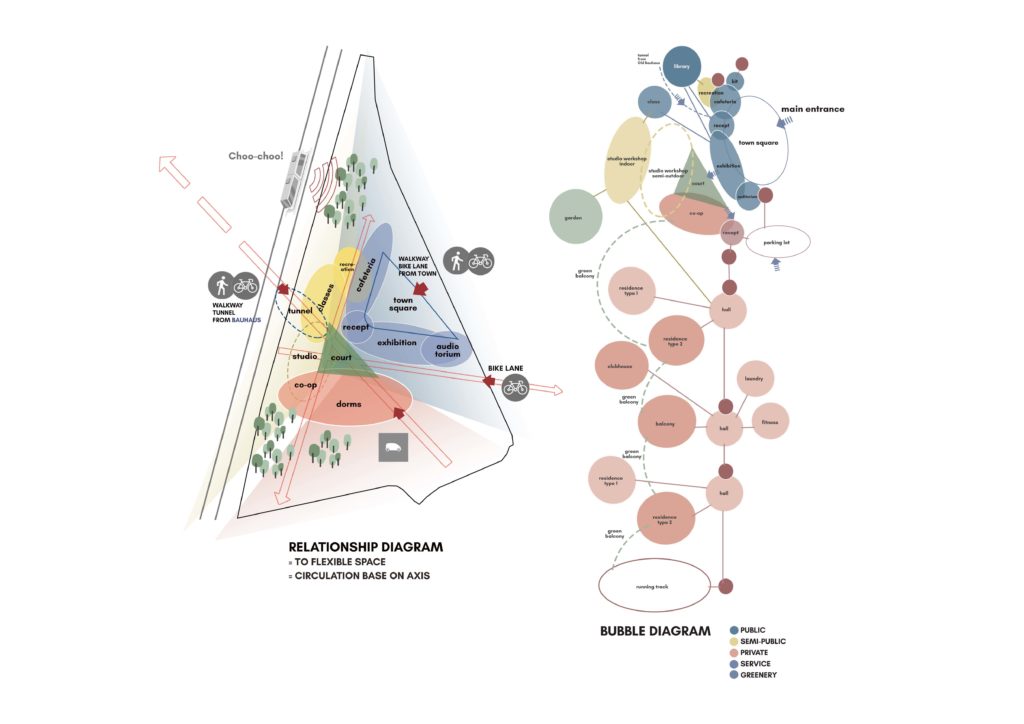 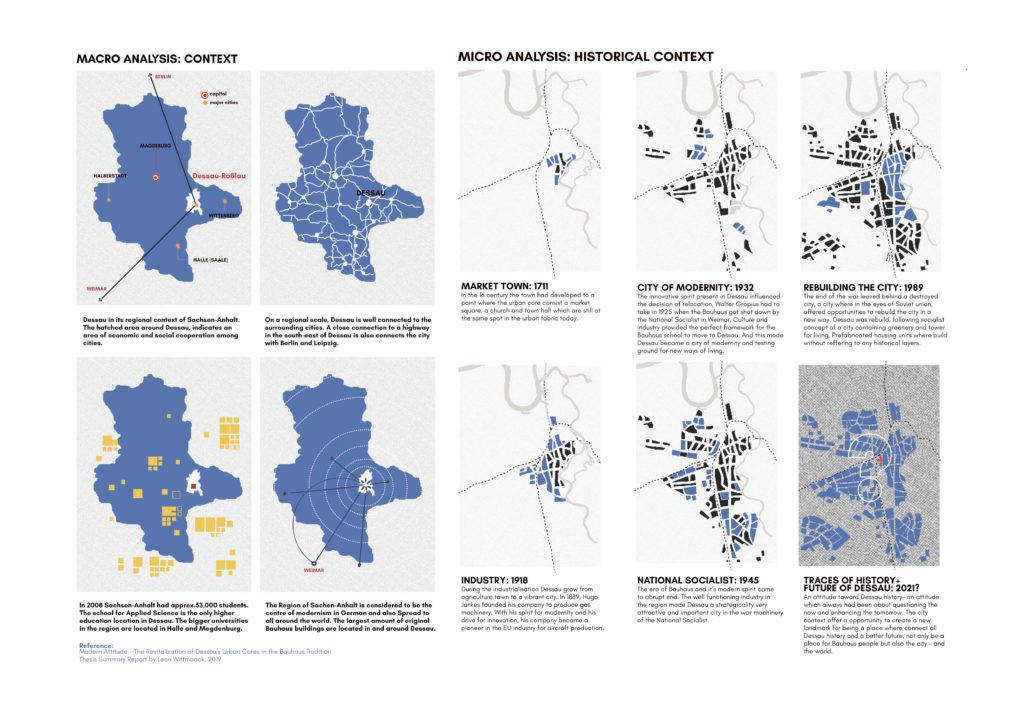 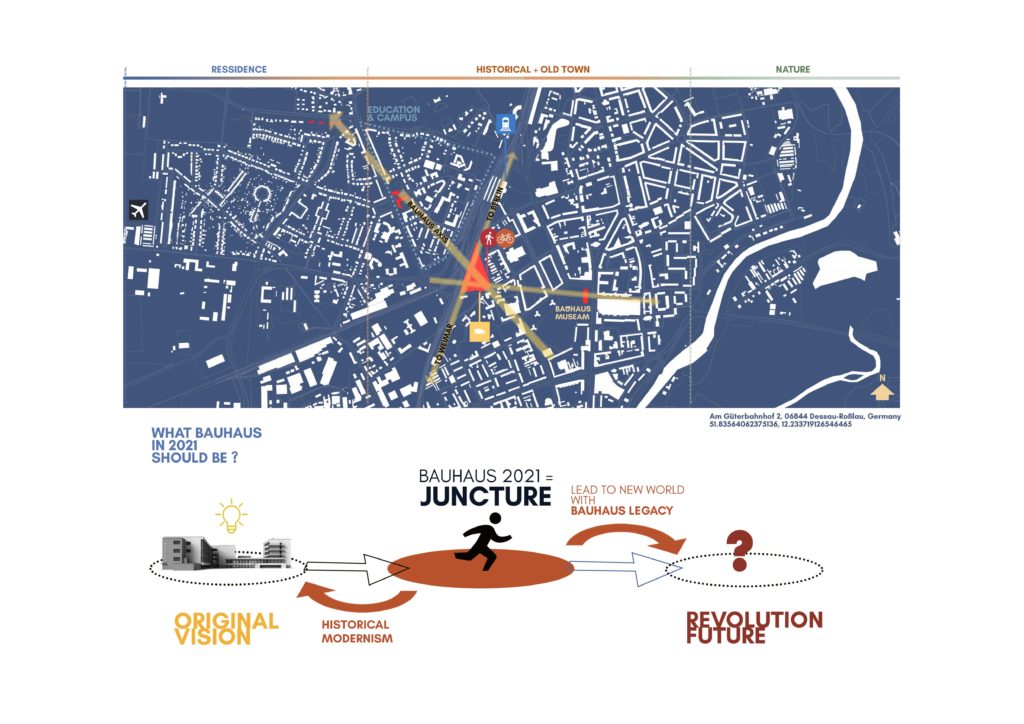 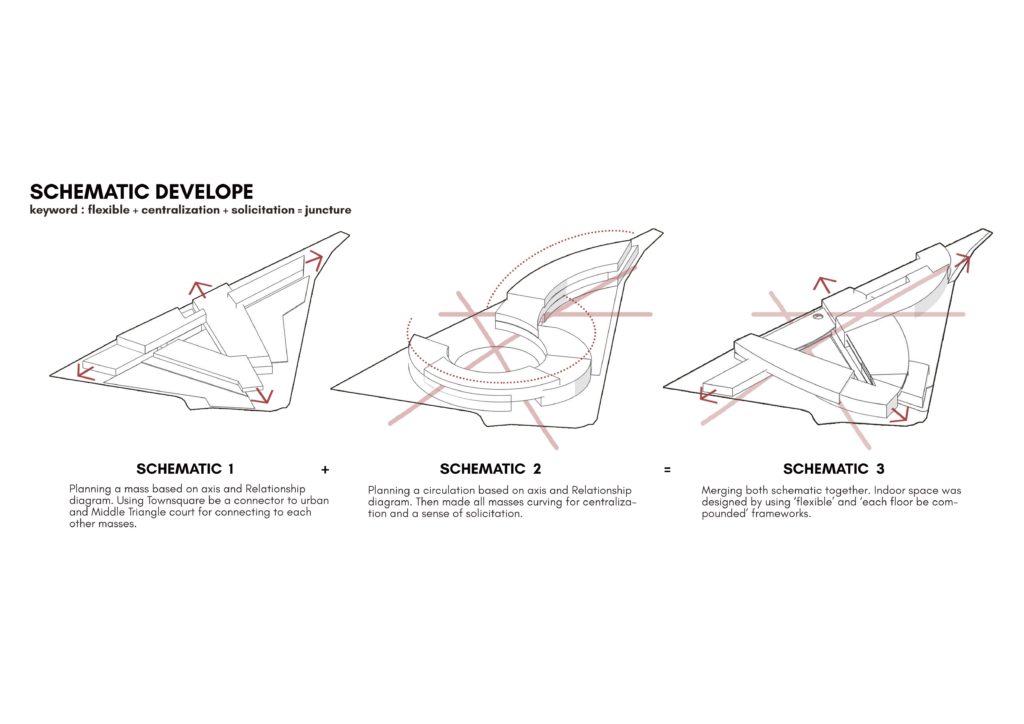 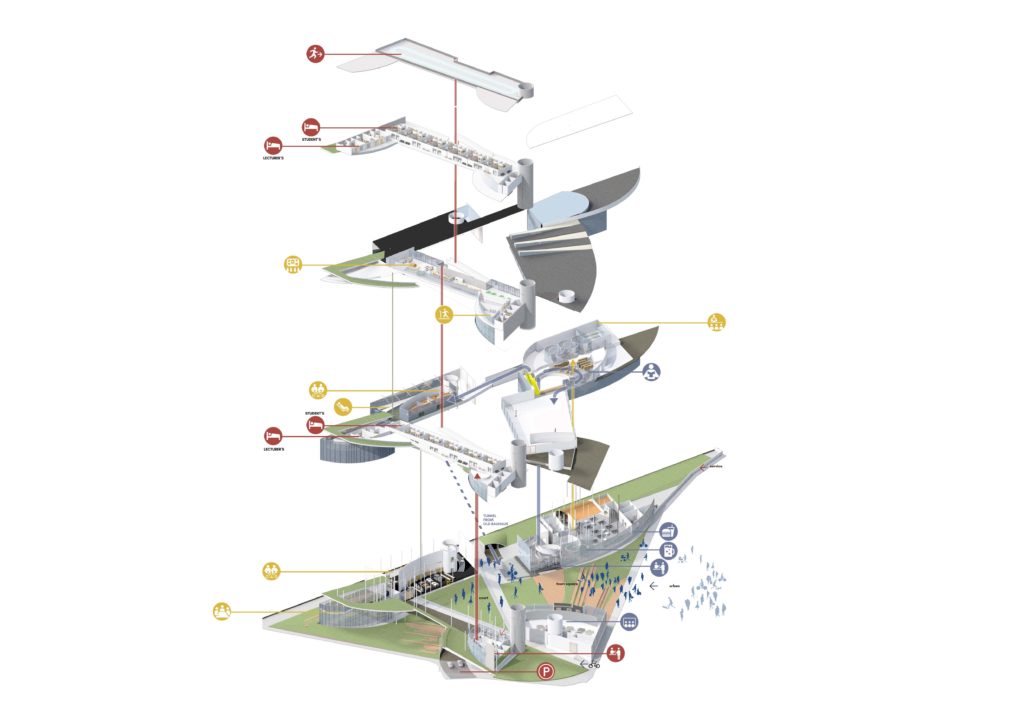 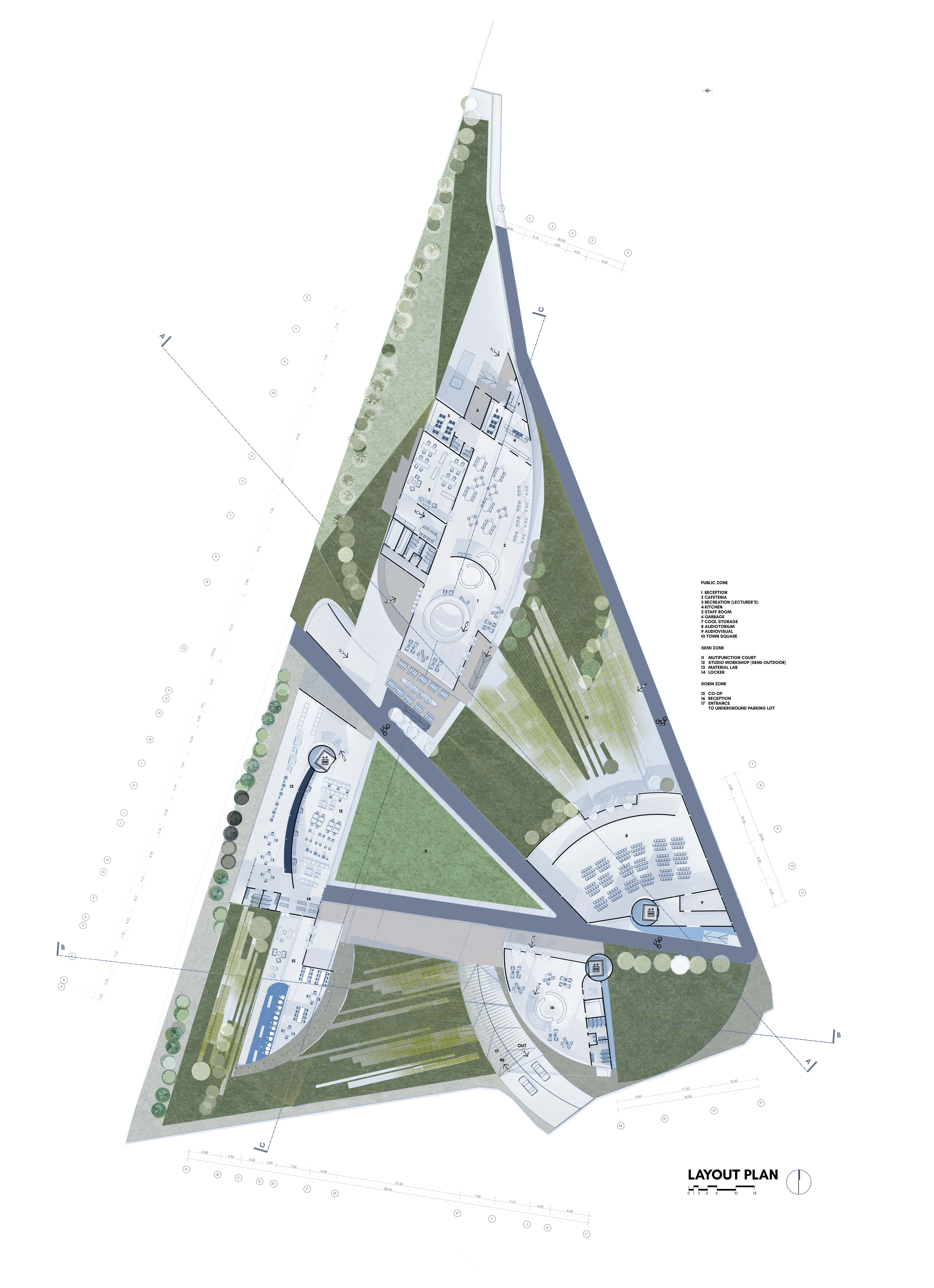 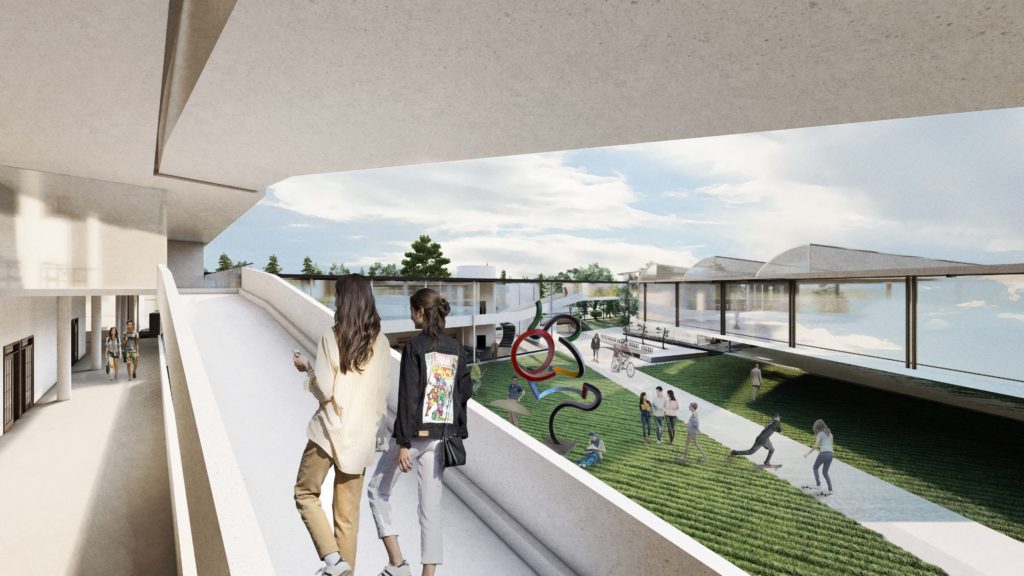 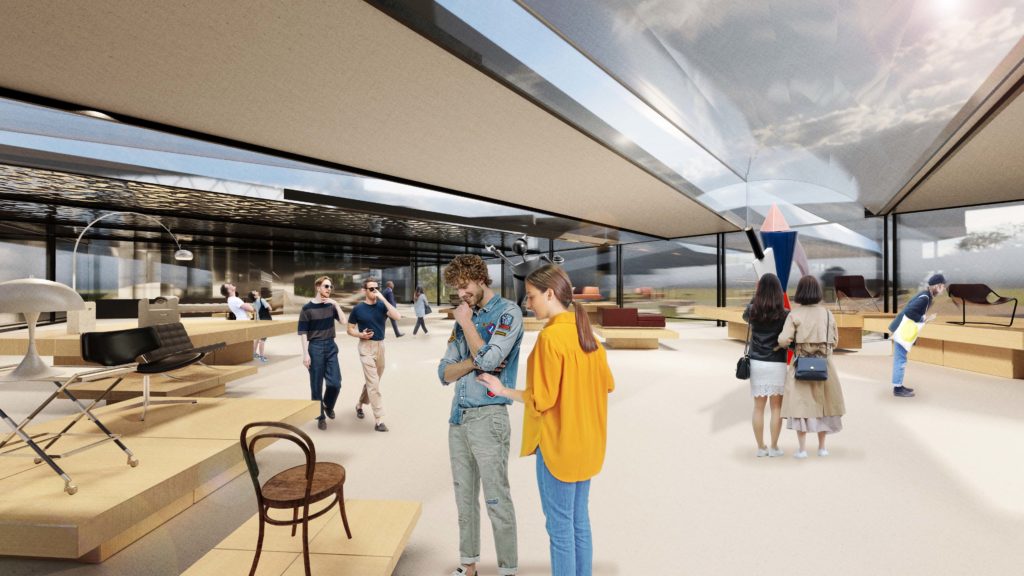 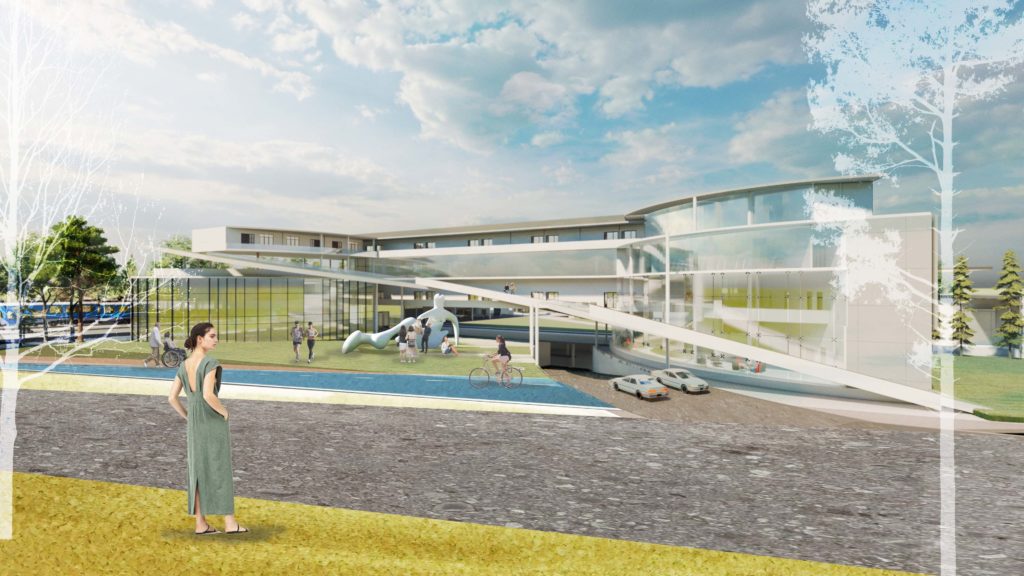 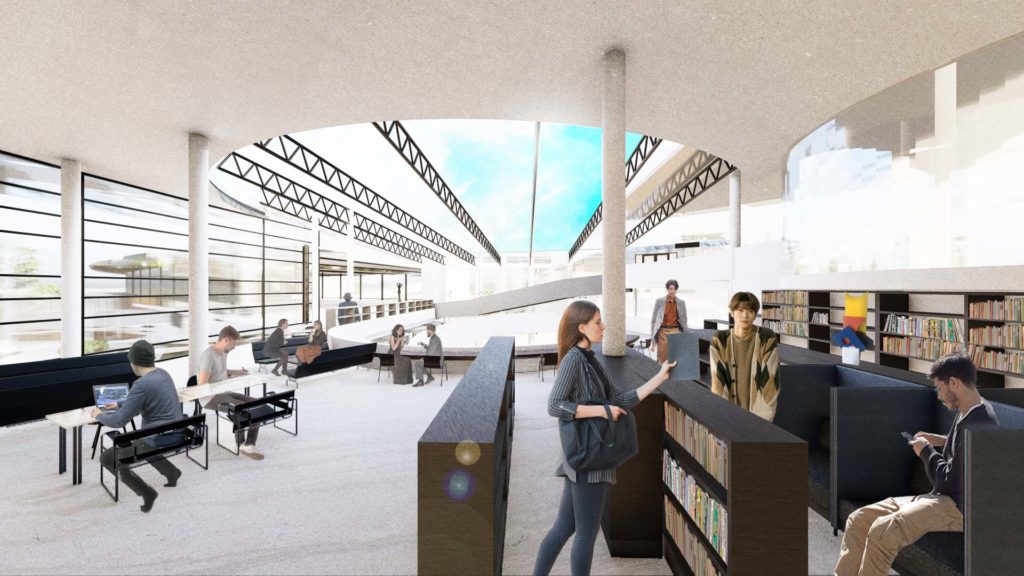 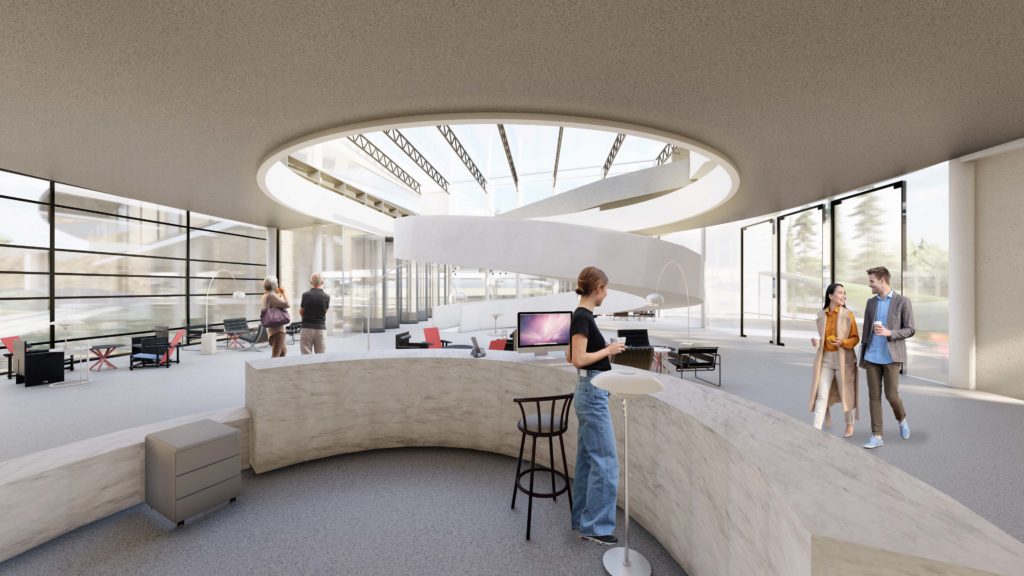 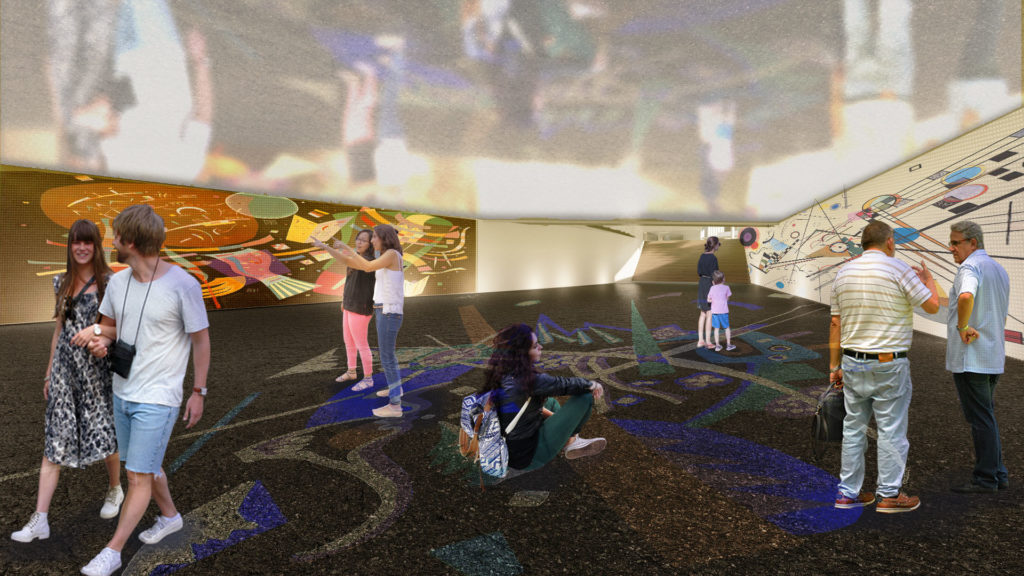