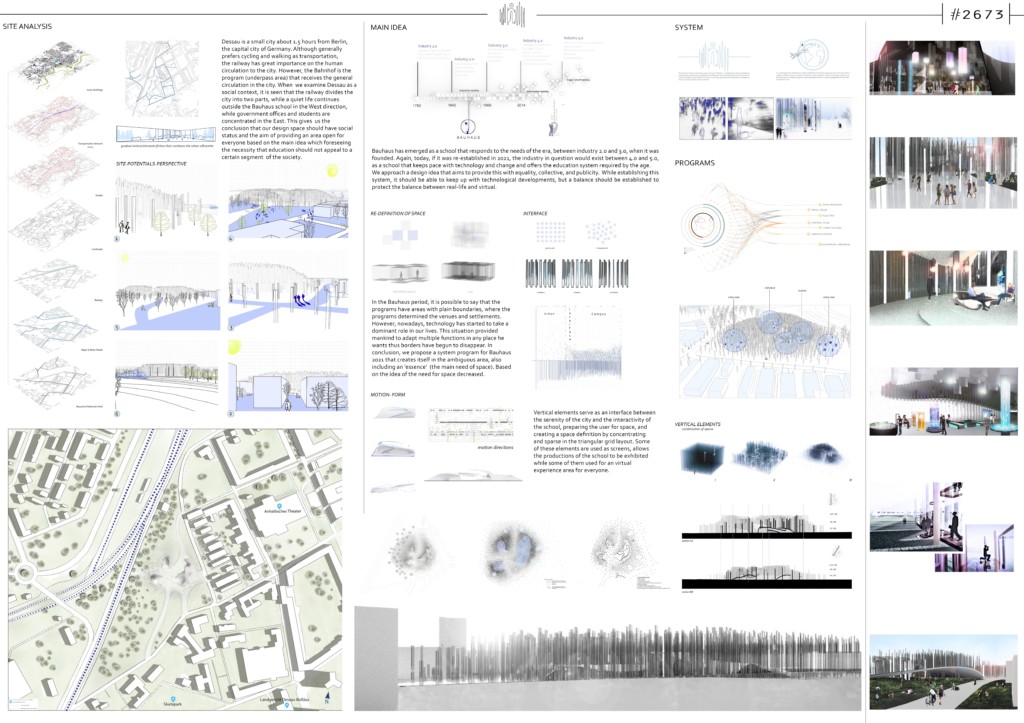 Dessau is a small city about 1.5 hours from Berlin,
the capital city of Germany. Although generally prefers cycling and walking as transportation,
the railway has great importance on the human circulation to the city. However, the Bahnhof is the program (underpass area) that receives the general circulation in the city. When we examine Dessau as a social context, it is seen that the railway divides the city into two parts, while a quiet life continues outside the Bauhaus school in the West direction, while government offices and students are concentrated in the East. This gives us the conclusion that our design space should have social status and the aim of providing an area open for everyone based on the main idea which foreseeing the necessity that education should not appeal to a certain segment of the society.

Bauhaus has emerged as a school that responds to the needs of the era, between industry 2.0 and 3.0, when it was founded. Again, today, if it was re-established in 2021, the industry in question would exist between 4.0 and 5.0, as a school that keeps pace with technology and change and offers the education system required by the age.
We approach a design idea that aims to provide this with equality, collective, and publicity. While establishing this system, it should be able to keep up with technological developments, but a balance should be established to protect the balance between real-life and virtual.

In the Bauhaus period, it is possible to say that the programs have areas with plain boundaries, where the programs determined the venues and settlements. However, nowadays, technology has started to take a dominant role in our lives. This situation provided mankind to adapt multiple functions in any place he wants thus borders has begun to disappear. In conclusion, we propose a system program for Bauhaus 2021 that creates itself in the ambiguous area, also including an ‘essence’ (the main need of space). Based on the idea of the need for space decreased.

Vertical elements serve as an interface between the serenity of the city and the interactivity of the school, preparing the user for space, and creating a space definition by concentrating and sparse in the triangular grid layout. Some of these elements are used as screens, which allow the productions of the school to be exhibited while some of them used for a virtual experience area for everyone.

The plug-in system is the basic program set-up of ”Essence”, a design space where all designers, academicians, professionals, employers, and employees who actively involved in the sector can meet with students and transfer information. In this way, permanent learning and the combination of the theory within a practice may be achieved.

In a world where individuals can realize and develop themselves, the proposed system should be able to update itself. This campus is an open school that accepts people for certain time periods so that it can provide to learn countless things and a universal perspective from numerous people all over the world in a dynamic cycle. 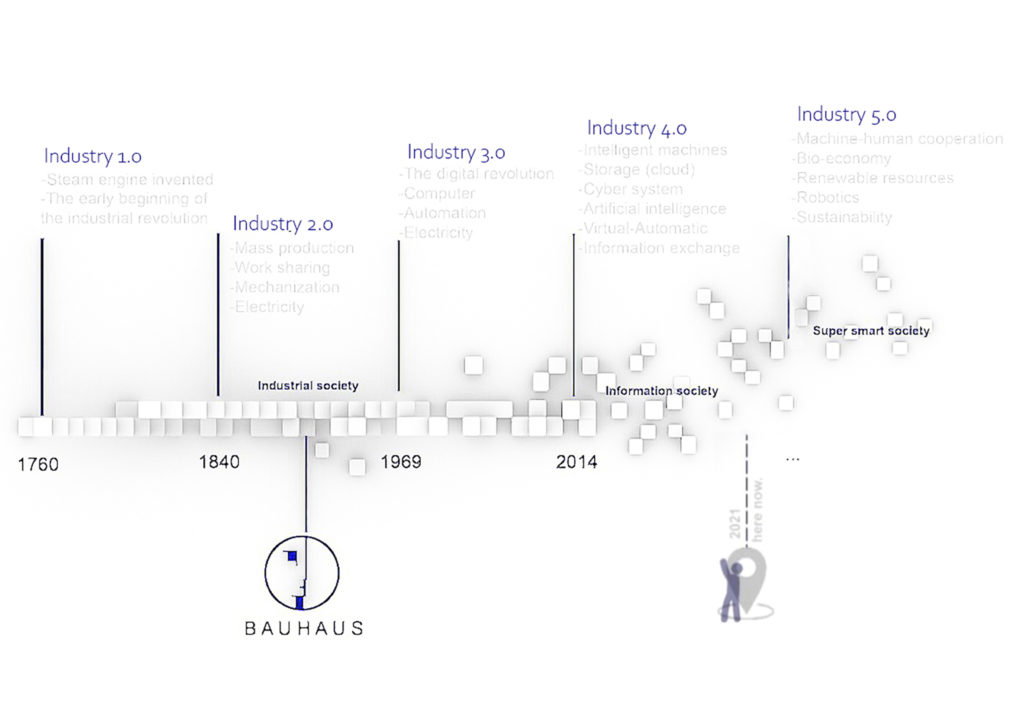 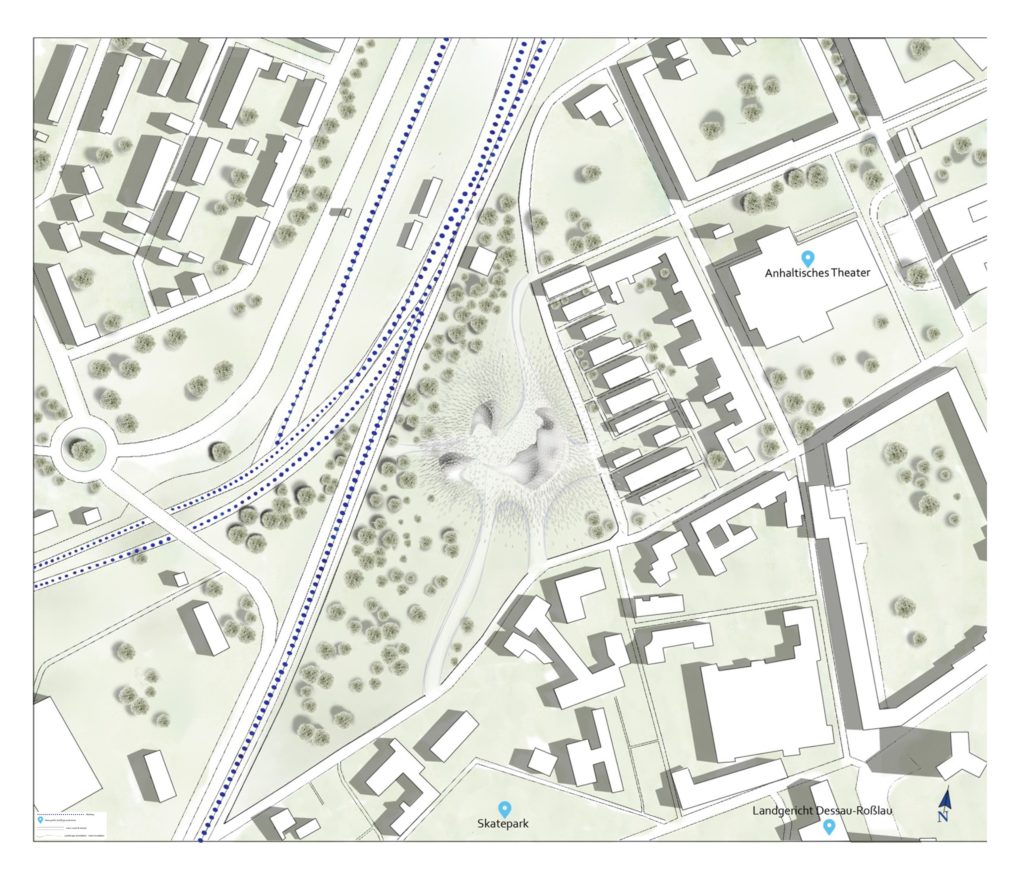