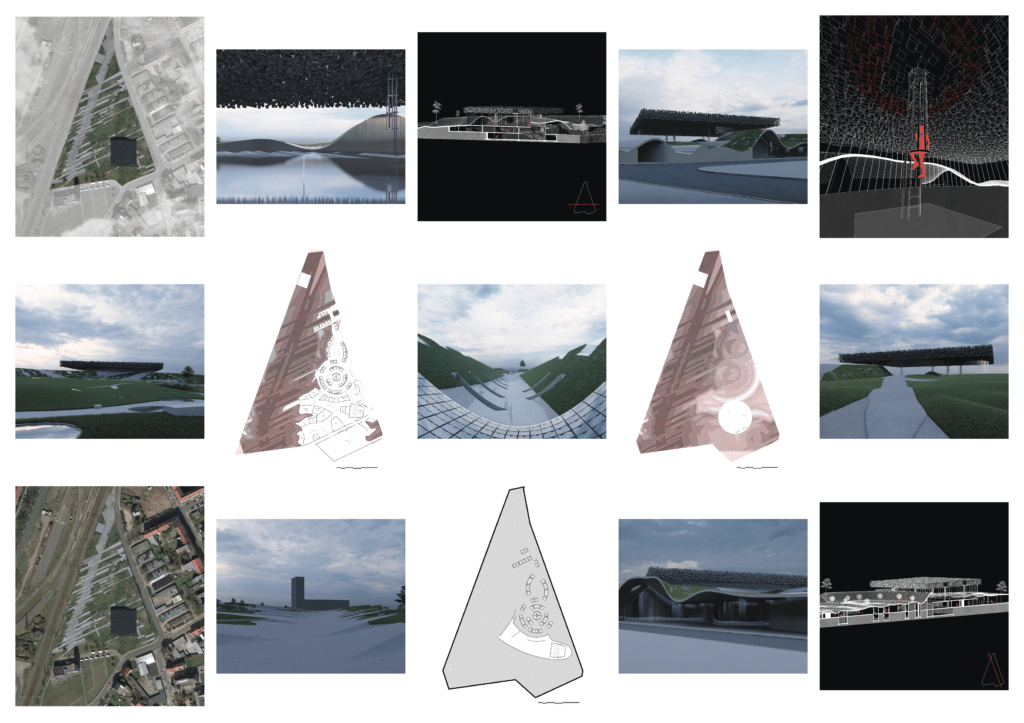 The Bauhaus School is a radical modernist project based on the idea of ​​transforming the entire material world by means of architecture, design, and art. Politically, the school was close to Marxism, but what is important today is the Bauhaus struggle with all sorts of hierarchies.

The activity of the Bauhaus entered the history of architecture as the culmination of functionalism. The functional approach to architecture is based on a humanistic view of human beings and their relation to the environment, inherent to modern philosophy.

Nowadays, due to the ecological crisis and other global problems, the role of a human in the world is being radically rethought. In philosophy is eminent ” The New Copernican Revolution”. It proclaims the rejection of the view of the human as the center of the universe or a privileged form of existence. Following the criticism of humanism, the functional approach in architecture must be radically rethought as well as the more fundamental subject-object relationship.

This project is an attempt at such a rethinking. Digital customization can serve as a tool for this, which, like mass standardization a hundred years ago, opens up new opportunities for the architect in form-finding and production.

Located on an urban site in the city of Dessau, the new Bauhaus campus is less a building than a radical rethinking of reality. For this, the entire site was deconstructed and then reassembled from unified elements into a single landscape. The shape of the landscape is the result of a combination of different approaches to the surrounding context.

The landscape is a given condition to which a person is forced to adapt. Despite its limitations, the landscape is also a space for imagination and creativity. A human subject is free to adapt the landscape to suit its needs and to organize various functions. Since the ground of the site is fully recreated, this raises the question of the relationship between artificial and natural.

The project is meant to be a public space. Thus, the site can’t be administratively divided to be sold to various owners. Its commercial use is also problematic. The unified elements that form the site can be replaced or relocated, raising the perennial architectural question of the relationship between part and whole. How many elements need to be replaced for an architectural object to become different, or will it remain the same, even after replacing half of all its components?

The only element floating over the artificial landscape is the roof of the gallery, which is dedicated primarily to the exhibition of student projects. Visually referring to the New National Gallery in Berlin, the roof is a sign of the building. The presence of Mies Van Der Rohe in the project is not accidental. Mies, like no one else, understood the changeable nature of a function and in his projects was engaged in creating conditions for its implementation. 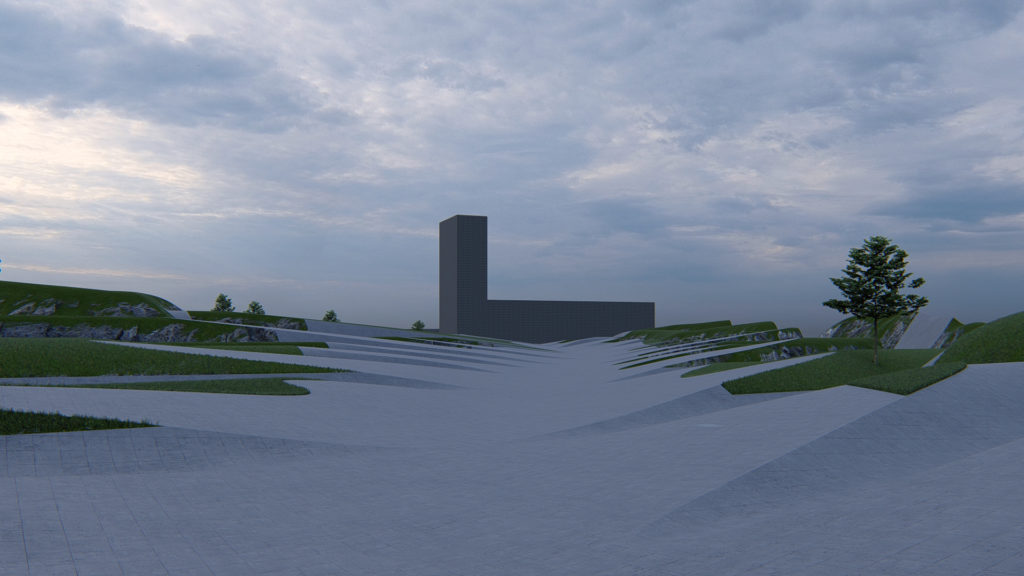 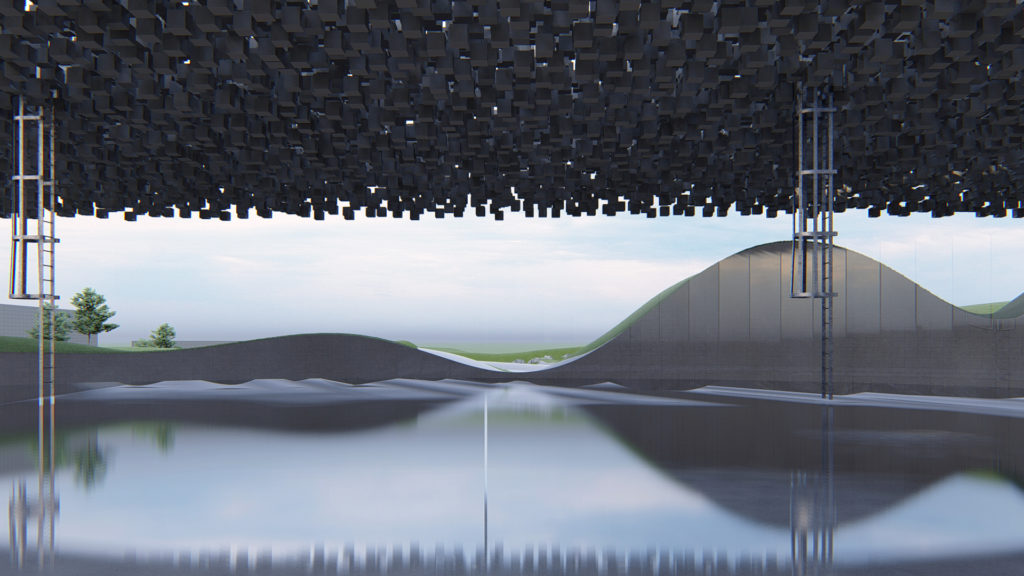 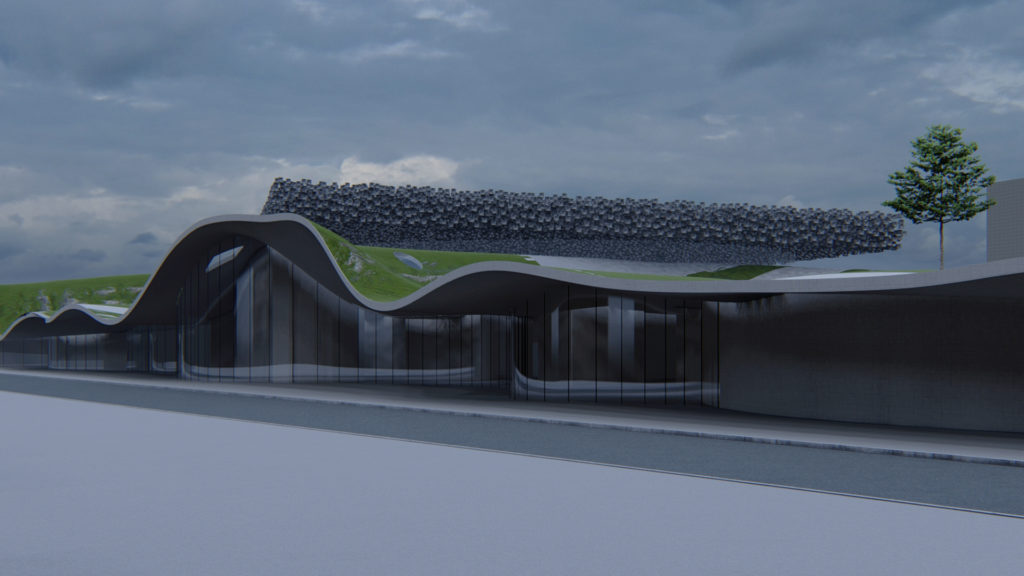 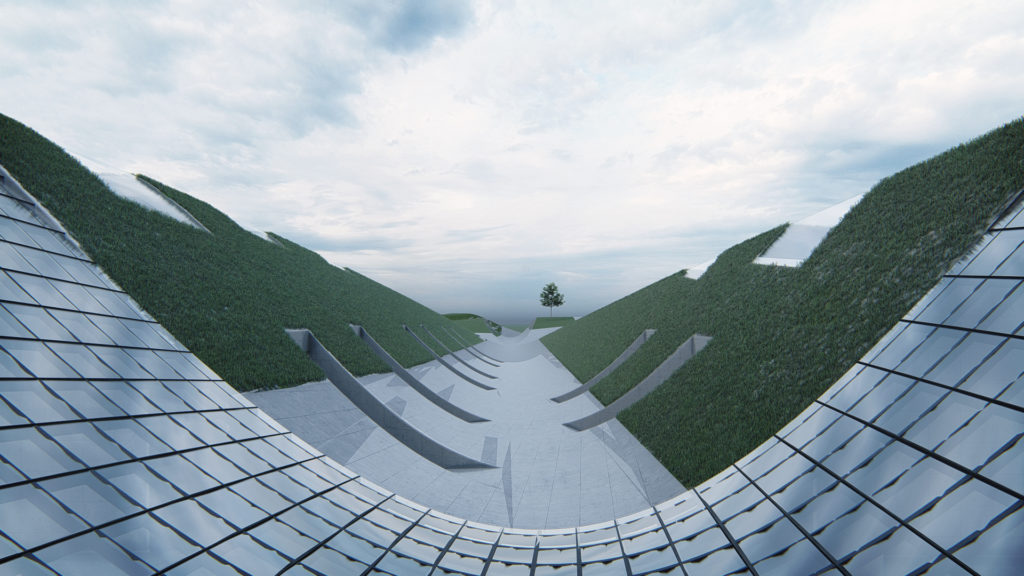 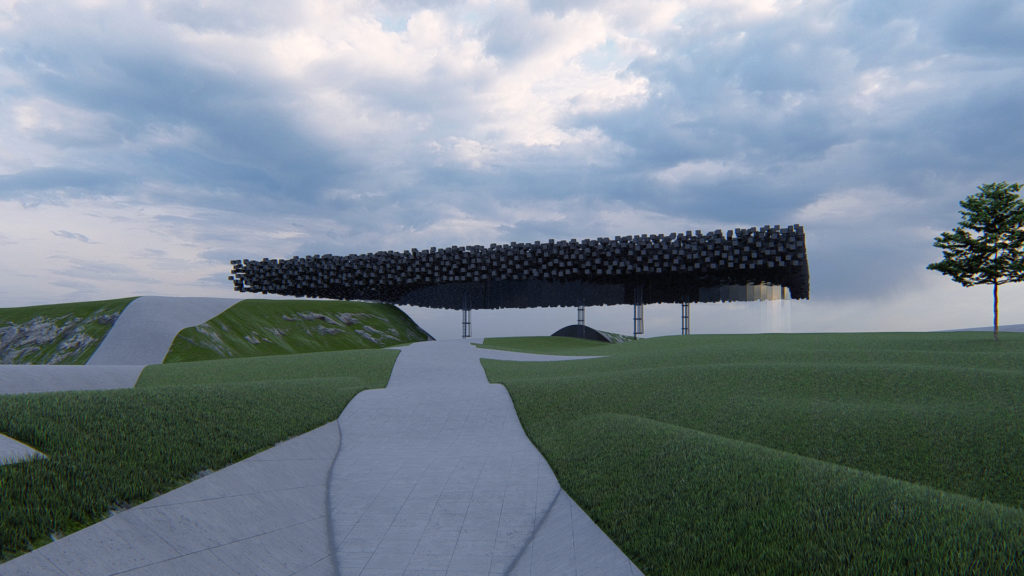 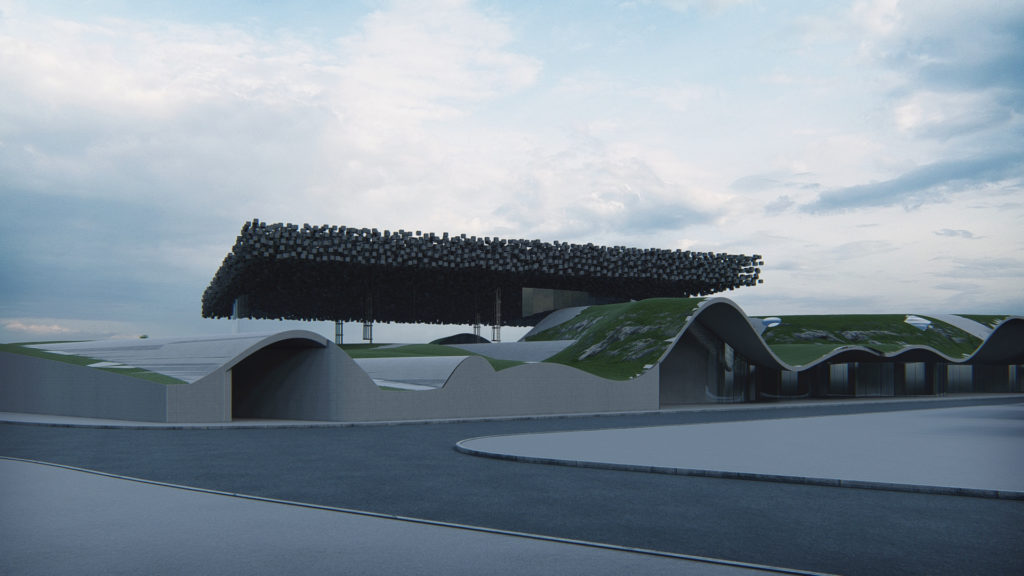 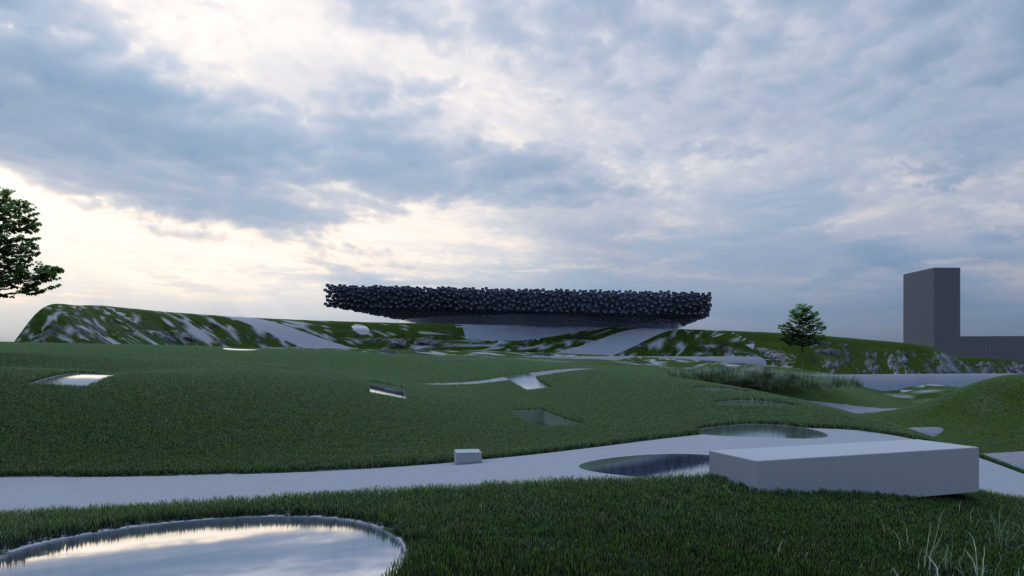 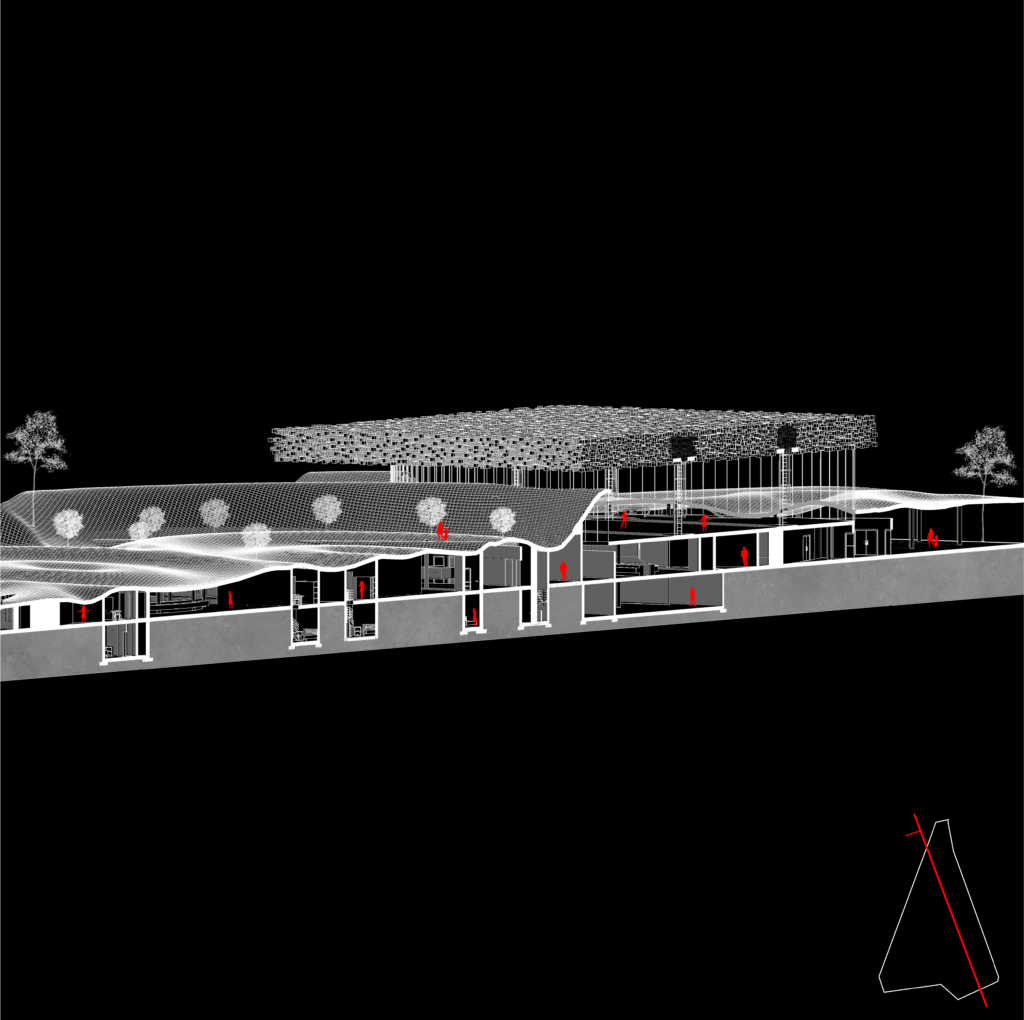 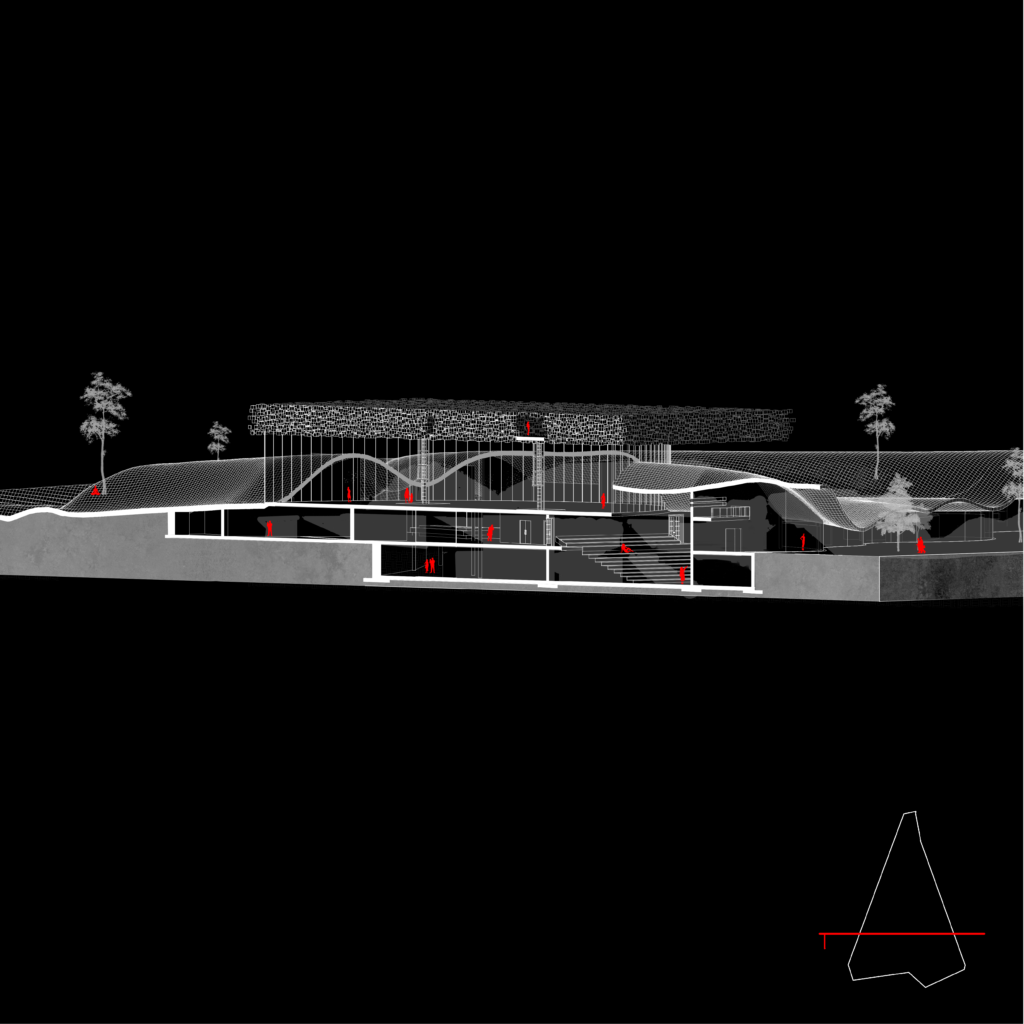 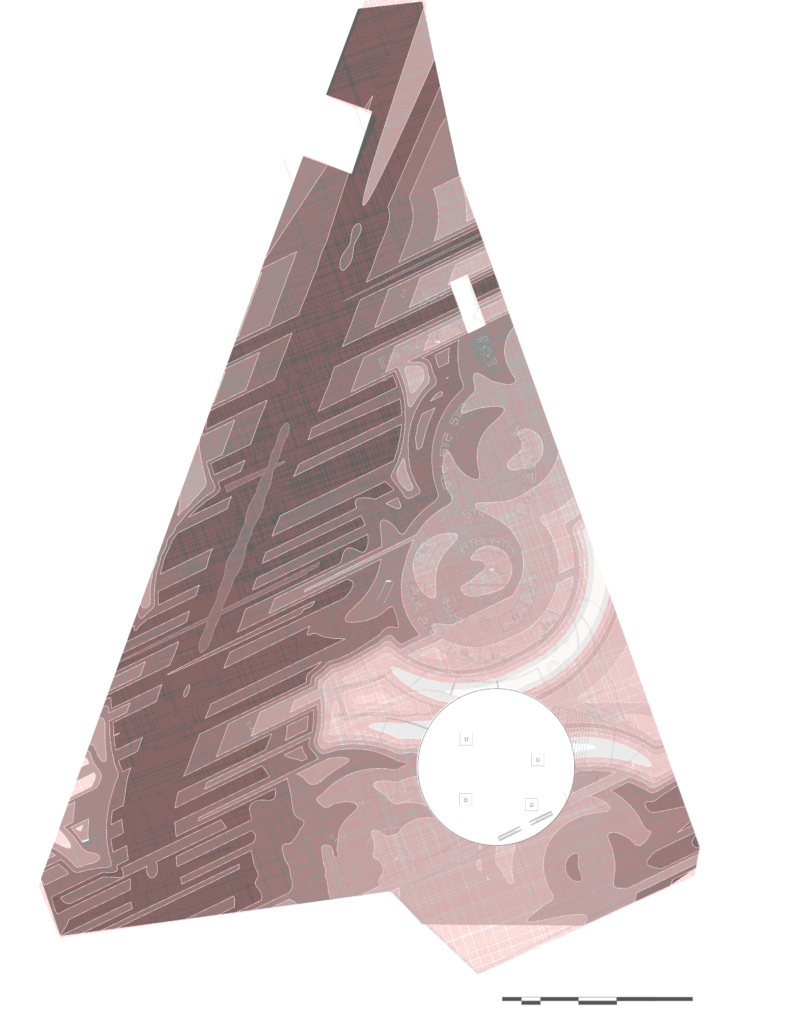 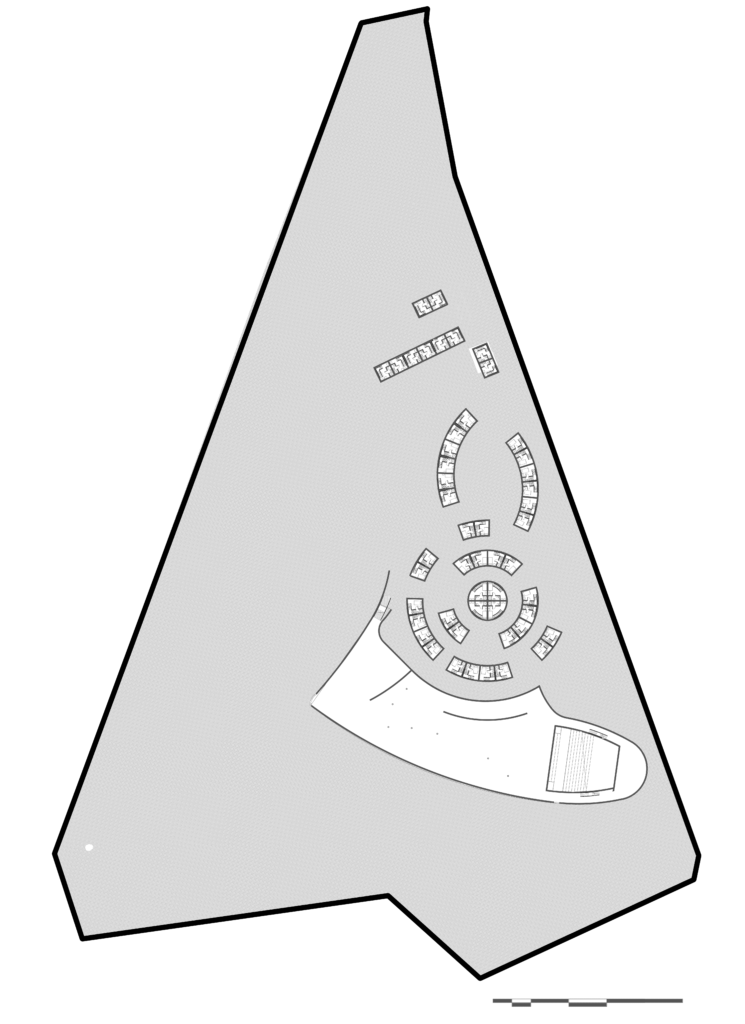 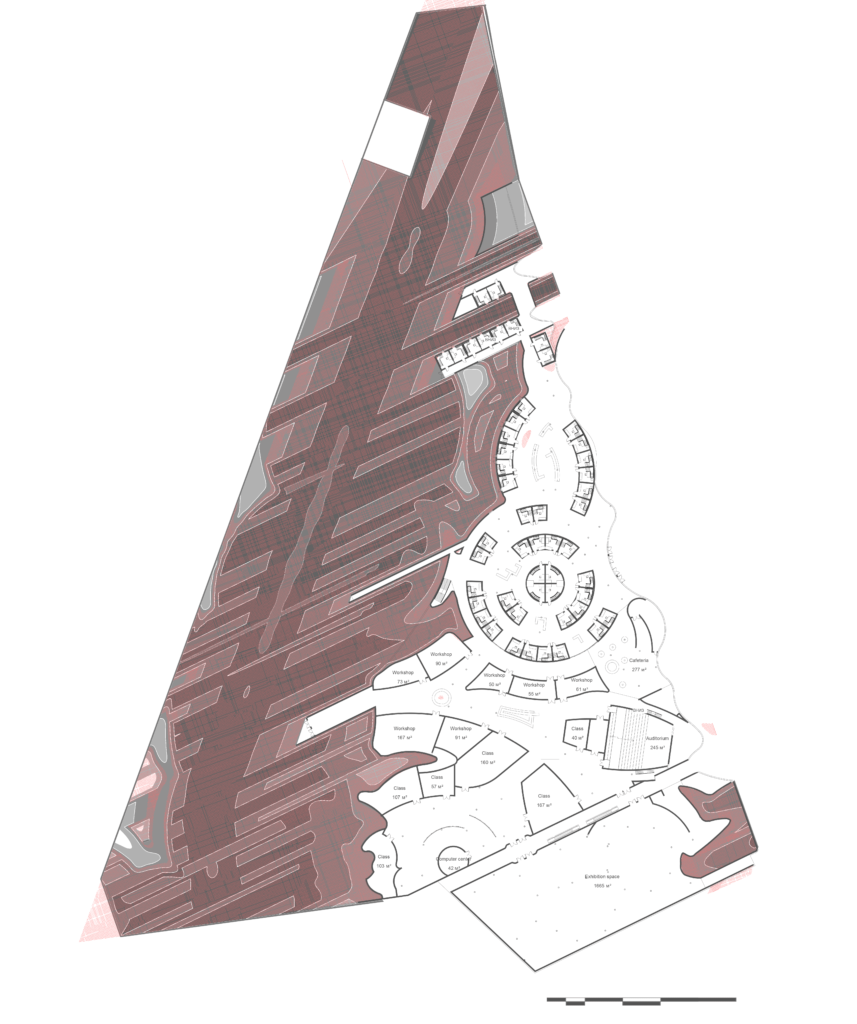 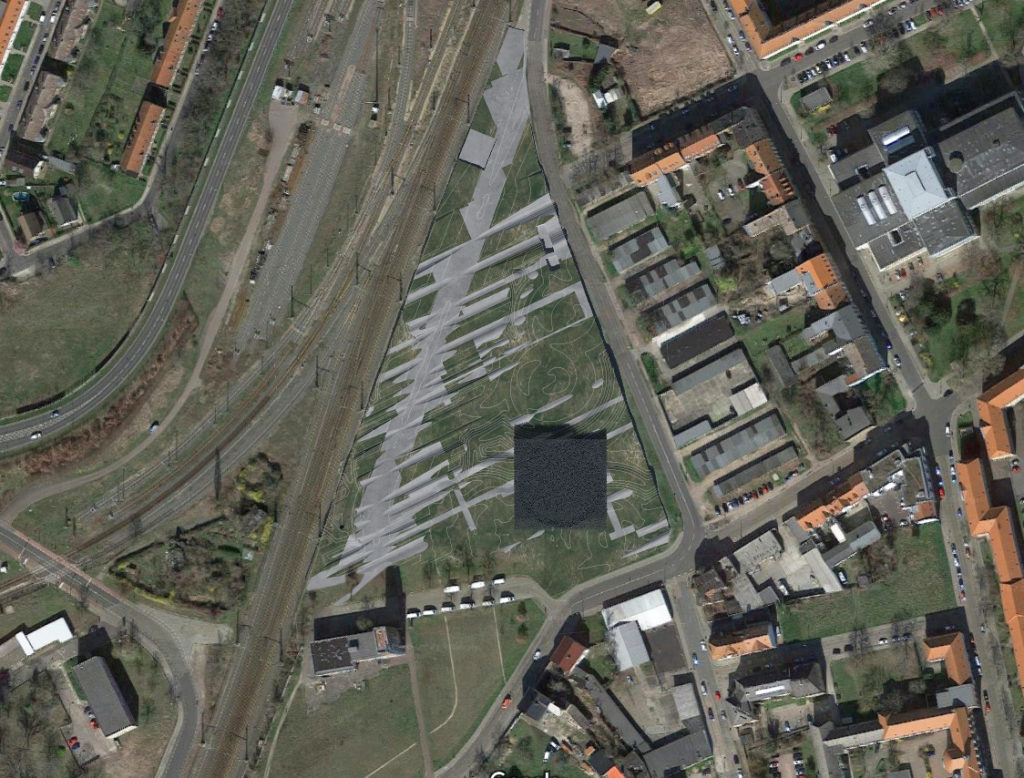