A Collaborative Weave by GRWStudioProject 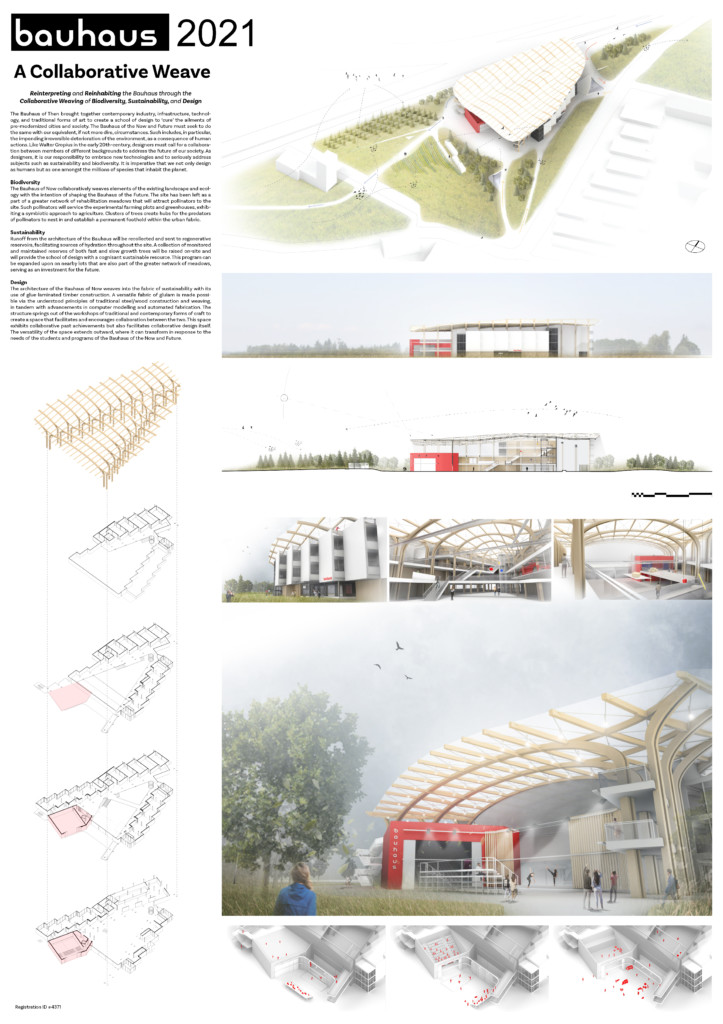 Reinterpreting and Reinhabiting the Bauhaus through the Collaborative Weaving of Biodiversity, Sustainability, and Design

The Bauhaus of Then brought together contemporary industry, infrastructure, technology, and traditional forms of art to create a school of design to ‘cure’ the ailments of pre-modernized cities and society. The Bauhaus of the Now and Future must seek to do the same with our equivalent, if not more dire, circumstances, including, in particular, the impending irreversible deterioration of the environment, as a consequence of human actions. Like Walter Gropius in the early 20th-century, designers must call for a collaboration between members of different backgrounds to address the future of our society. As designers, it is our responsibility to embrace new technologies and to seriously address subjects such as sustainability and biodiversity. It is imperative that we not only design as humans but as one amongst the millions of species that inhabit the planet.

The Bauhaus of Now collaboratively weaves elements of the existing landscape and ecology with the intention of shaping the Bauhaus of the Future. The site has been left as a part of a greater network of rehabilitation meadows that will attract pollinators to the site. Such pollinators will service the experimental farming plots and greenhouses, exhibiting a symbiotic approach to agriculture. Clusters of trees create hubs for the predators of pollinators to nest in and establish a permanent foothold within the urban fabric.

Runoff from the architecture of the Bauhaus will be recollected and sent to regenerative reservoirs, facilitating sources of hydration throughout the site. A collection of monitored and maintained reserves of both fast and slow growth trees will be raised on-site and will provide the school of design with a cognisant sustainable resource. This program can be expanded upon on nearby lots that are also part of the greater network of meadows, serving as an investment for the future.

The architecture of the Bauhaus of Now weaves into the fabric of sustainability with its use of glue-laminated timber construction. A versatile fabric of glulam is made possible via the understood principles of traditional steel/wood construction and weaving, in tandem with advancements in computer modelling and automated fabrication. The structure springs out of the workshops of traditional and contemporary forms of craft to create a space that facilitates and encourages collaboration between the two. This space exhibits collaborative past achievements but also facilitates collaborative design itself. The versatility of the space extends outward, where it can transform in response to the needs of the students and programs of the Bauhaus of the Now and Future. 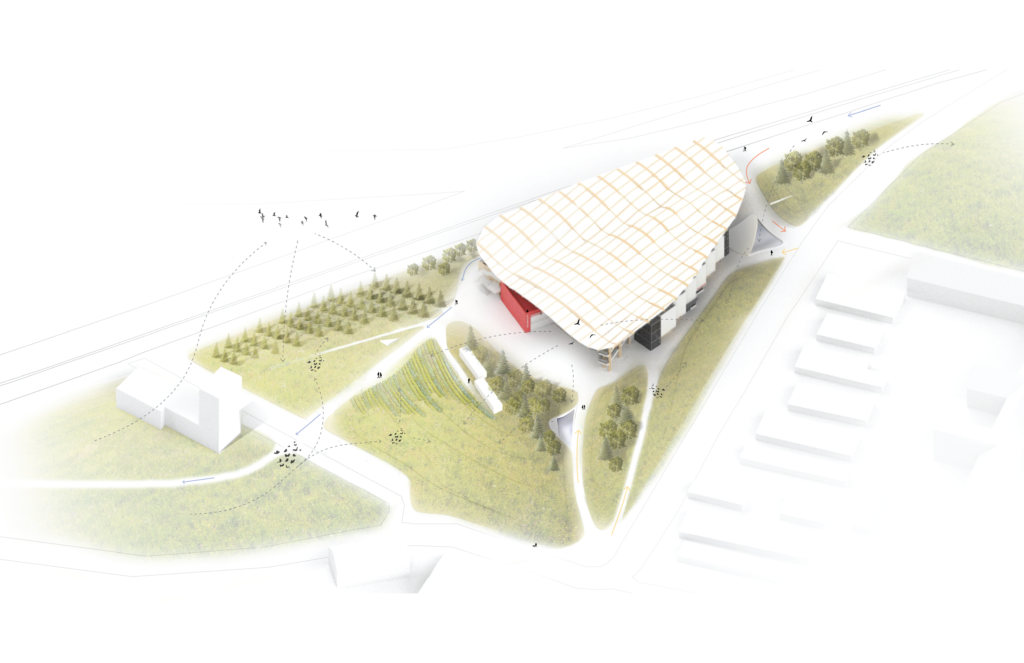 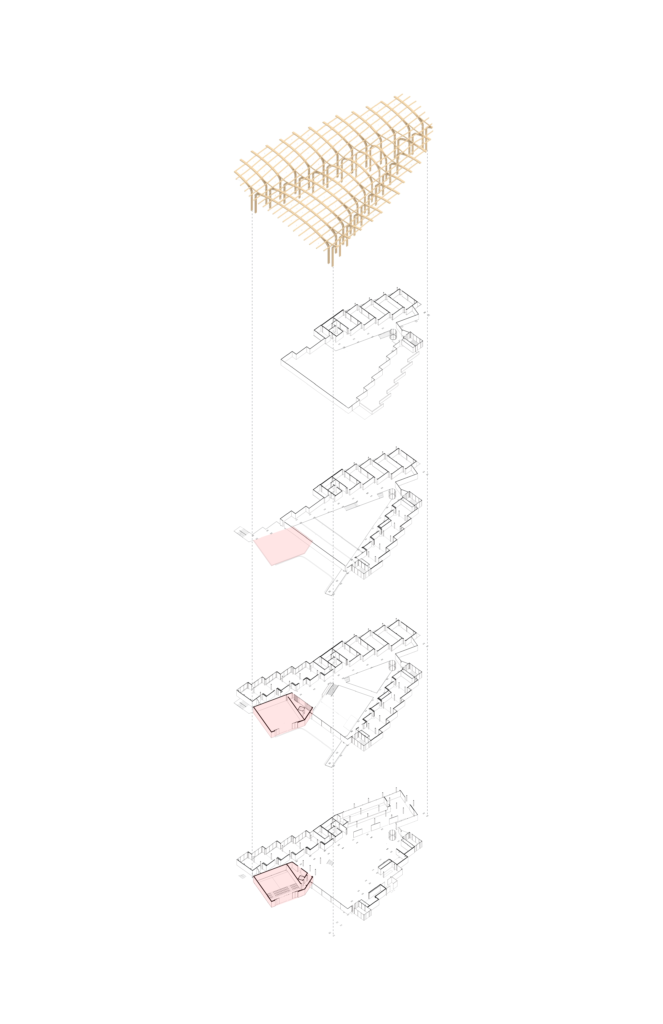 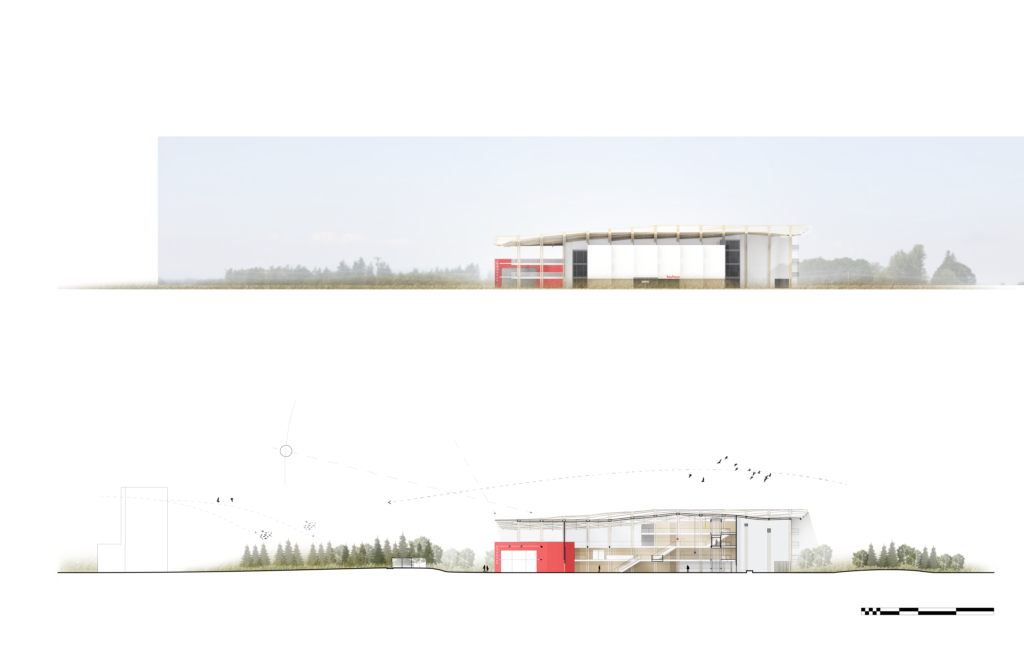 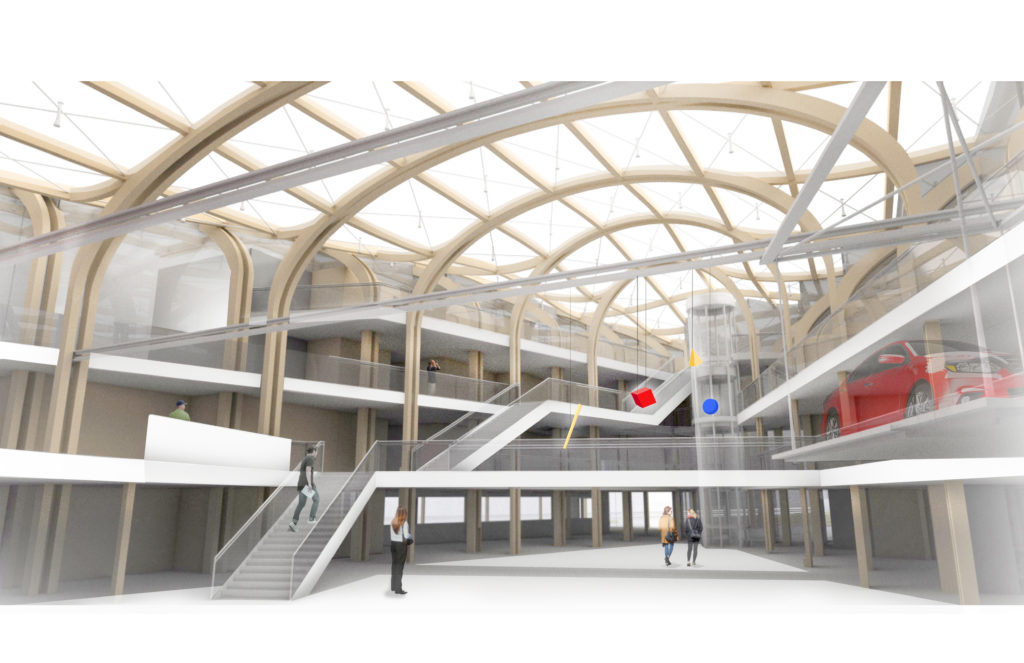 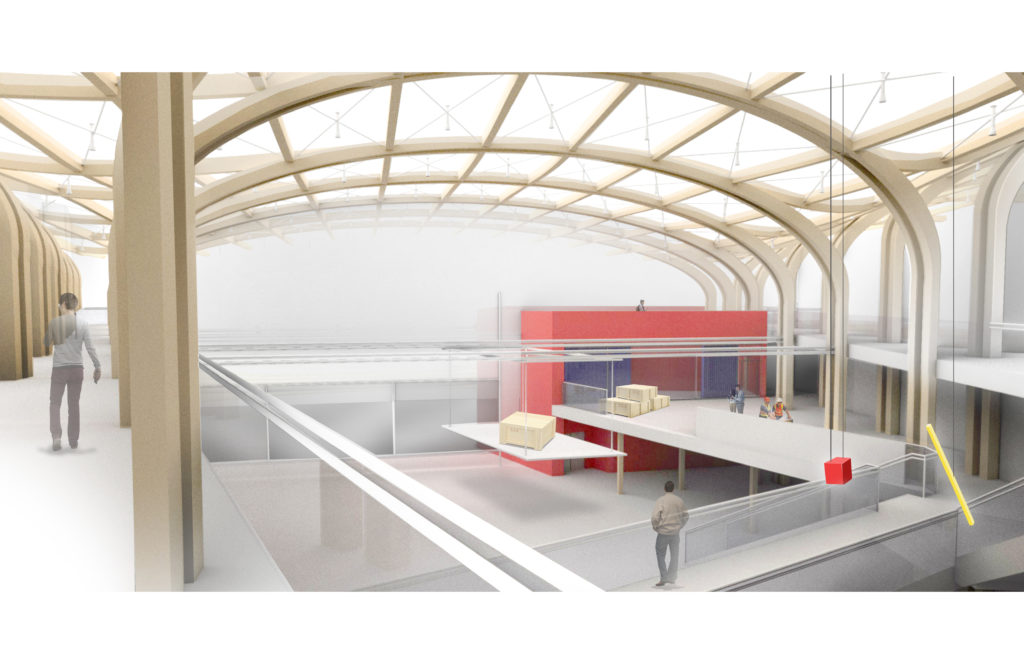 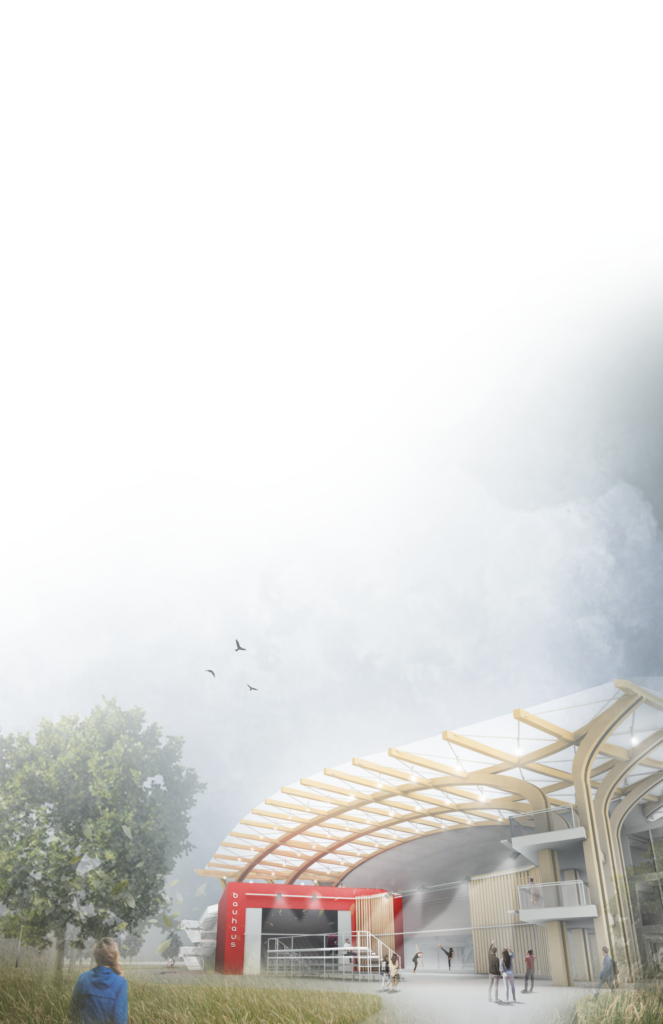 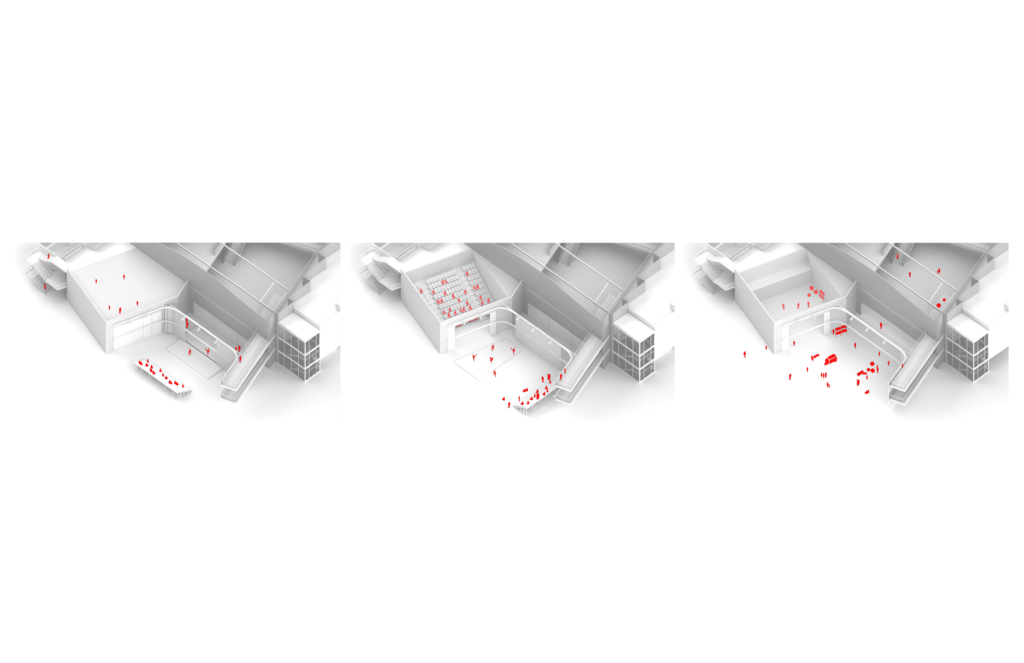