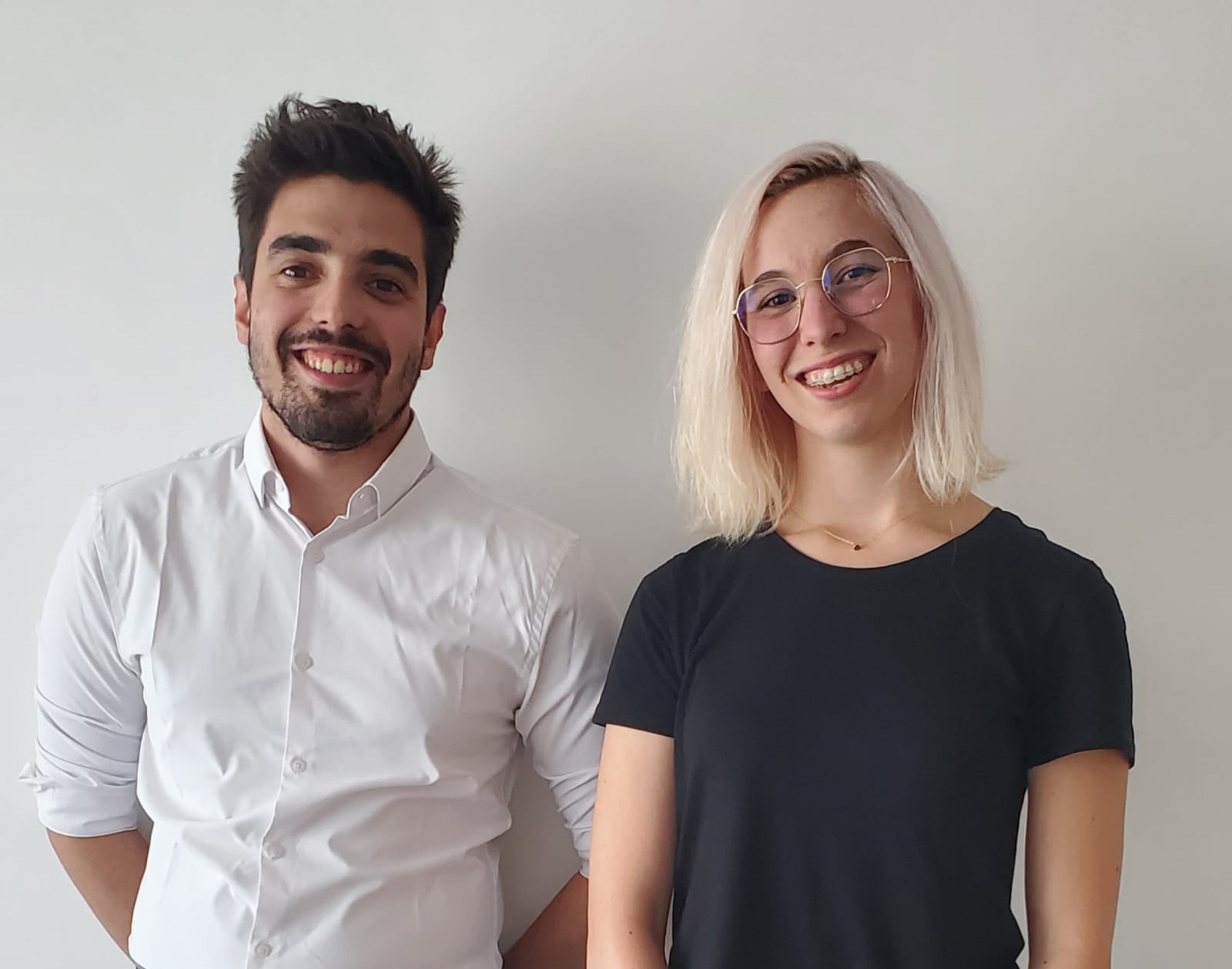 Winning an architecture competition as a couple

Alejandro Cuadro and Romina Magnini were unanimously selected by the Bauhaus Campus 2021 jury as the competition winners. Their project showed a deep level of understanding of how such a building could impact a city, and their project was seen as a mature, realistic, yet ambitious solution to a challenging brief.

Wanting to learn more about the couple and their design process, we had the opportunity to talk with them and ask them some questions that shed some light on how they manage to produce their winning design.

When asked about their motivation to participate in the competition in the first place, Alejandro and Romina revealed that they are not just teammates, but also a couple in their private lives, and that this competition was actually their way of testing if they could also work together at a professional level.

The truth is architecture is one of those few careers where it isn’t rare to see married couples working together. History is full of successful examples, such as Ray and Charles Eams, Alison and Peter Smithson, Enric Miralles and his two wives, Carme Pinós and Benedetta Tagliabue or Liz Diller and Ricardo Scofidio. All of them romantic couples who reached incredible professional success and recognition, together.

The couple started looking for competitions to test themselves, and eventually found the call for the Bauhaus Campus 2021 which caught their eye.

When they first started working on the project, they asked themselves this question: How can we create the “new” Bauhaus and not just a revival of the “old” one? Their answer was to find inspiration in some exemplar buildings and architects of the past, but combine them into something new and unique that had their own signature imprinted on it. Keeping an industrial image seemed appropriate for a Bauhaus-related brief, so they found inspiration in some of the works from masters of high-tech architecture such as Rezo Piano, Richard Rogers or Norman Foster, but also in other figures such as Will Bruder or national architect Garcia Pardo and engineer Eladio Dieste, who’s building “El Pilar” led Alejandro and Romina to designing a radical structural solution for their building that the jury didn’t hesitate to applaud.

Alejandro and Romina knew they wanted their project to add value not only to the people inside the campus, but also to the city. They designed a single building capable of creating a long-lasting memorable image from the outside, but flexible enough on the inside, so that the interior spaces could adapt and evolve together with the people using them. So far they were making good progress, but both having a strong background in urban design it didn’t seem like the campus was doing quite enough for the community as it was. That’s when they started looking outside of the boundaries of the proposed site. The old Bauhaus building by Walter Gropius was on the other side of the train tracks, and sitting right next the proposed site was an abandoned lot with a relatively high brick building, which was the only reminder of the site’s old industrial history.

Extending their project beyond the proposed area could mean getting disqualified right away, but not doing so could also mean missing on a great opportunity to have a meaningful impact in Dessau at an urban and social scale. They evaluated the pros and cons and decided to take the risk. After all, if you only looked at their project within the proposed site boundaries everything made sense, and their ideas beyond those boundaries were only adding value, without compromising the project. As it turns out the jury agreed with them!

Alejandro and Romina had worked together before as part of larger groups, but never the two of them alone, so they didn’t quite know how to go about it. They worked on most of the project together, even modeled the 3D file, where most of the presentation came out from, in tandem, and only divided the work a little bit towards the end, when Romina took on the rendering and Alejandro the postproduction. The truth is there is no magic recipe for architects working in teams, let alone couples, but this seems to have worked for them.

Of course, winning the competition helps make everything look brighter, but they both agree that regardless of the result their personal experience was a success. As Alejandro said himself during out interview “Even when you think you are a good student you always wonder, will I be a good architect?”. By participating in this competition, they were not only reassured of their capabilities as future architects, but also found that they could work very well together.

Who knows the future path this couple will decide to follow, or if Alejandro and Romina could be next on the list of architect couples sharing both their personal and professional lives… but one thing is for sure, we’ll definitely be keeping an eye on their future work!