The synapse through space by ColHaus 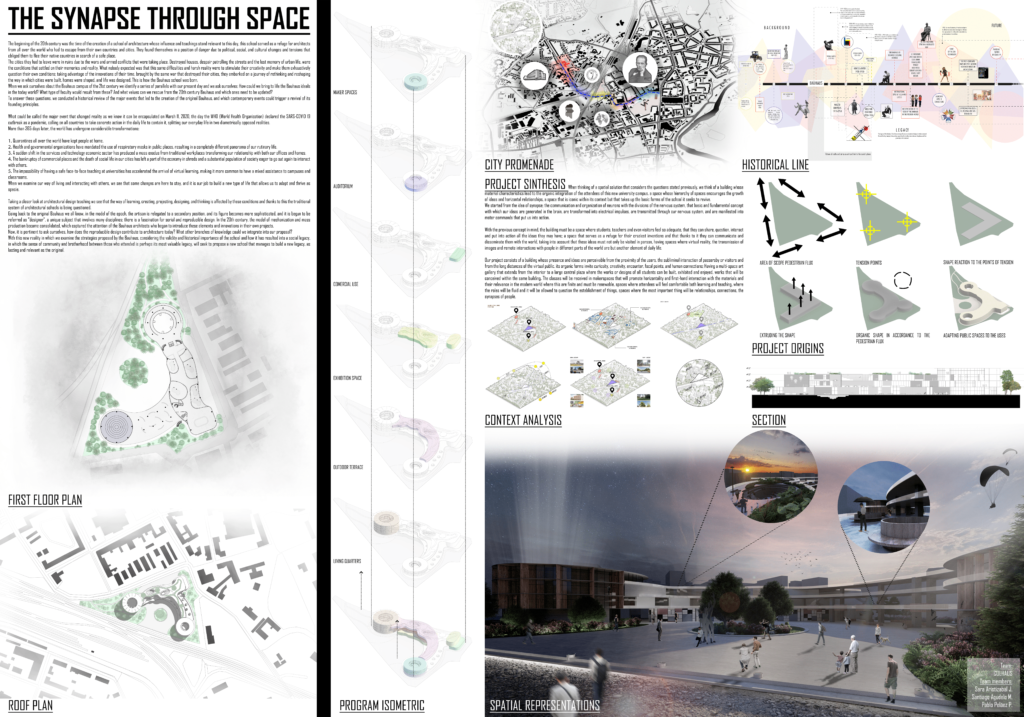 The beginning of the 20th century was the time of the creation of a school of architecture whose influence and teachings stand relevant to this day, this school served as a refuge for architects from diverse parts of the world who escaped from their own countries and cities. They found themselves there thanks to a series of political tensions and socio cultural changes for which they had to flee their native countries in search of a safe space.

The cities from which they emigrated and their subsequent destinies were in a state of ruin due to the battles that were fought on them, the houses were destroyed, the streets were full of despair and urban life was just a lost memory. These types of conditions, the change carried with them and their difficulties led them to stimulate creativity and exhaustively question their current conditions, taking advantage of the innovations of their time, brought by the same war that destroyed their cities, they embarked on a journey of rethinking the way in which cities were built, homes were shaped and life was designed, this is how the Bauhaus school was born.

When we ask ourselves about the Bauhaus campus of the 21st century we identify a series of parallels with our present day and we ask ourselves, How could we execute the Bauhaus ideals today? What is the type of faculty that would result from these? And what values ​​can we rescue from this and which ones need to be updated?

To answer these questions, we conducted a historical review of the major events that led to the creation of the original Bauhaus and which contemporary events could trigger a revival of its founding principles.

What could be called the major event that changed reality as we know it can be encapsulated on March 11, 2020, the day the WHO (World Health Organization) declared the SARS-COVID 19 outbreak as a pandemic, calling on all countries to take concrete action. in the day-to-day to contain it, splitting our cotidianity in two diametrically opposed realities.

More than 365 days later, the world has undergone considerable transformations:

When we examine our way of living and interacting with others we see that there are changes that are here to stay and it is our job to build a new type of life that allows us to adapt and thrive.

Taking a closer look at architectural design teaching we see that the way of learning, creating, projecting, designing and thinking is affected by these conditions and thanks to this the traditional system of architectural schools is questioned.

Going back to the original Bauhaus we know, in the model of the time, the craftsman goes to the background, becomes sophisticated and they begin to speak of a “designer”, a unique subject that involves a large number of disciplines; There is a fascination for serial and reproducible design. In the 20th century, the model of mechanization and mass production was consolidated, which captured the attention of the Bauhaus architects who began to introduce these elements and innovations in their projects.

Now, it is pertinent to ask ourselves, how does the reproducible design contribute to architecture today? What other branches of knowledge could we integrate into our proposal?

With this new reality in which we examine the strategies proposed by the Bauhaus, taking into account the validity and historical importance of the school and how it has been resulted into a social legacy, in which the sense of community and brotherhood between those who attended are perhaps the most valuable legacy, it is there where will seek to propose a new school that manages to build a new legacy, as lasting and relevant as the original.

When thinking of a spatial solution that takes into account the questions posed above, we think of a building whose material characteristics lead to the organic integration of the attendees of this new university campus, a space whose hierarchy of spaces encourages the growth of ideas and horizontal relationships, a space that is iconic within its context but that takes up the basic forms of the school it seeks to revive.

We start from the idea of ​​synapse; the communication and organization of neurons with the divisions of the nervous system, that basic and fundamental concept with which our ideas are generated in the brain, are transformed into electrical impulses, are transmitted through our nervous system and are manifested into motor commands that put us into action.

With the above in mind, the building must be a space where both students, teachers and even visitors feel in all their right to share, question, interact and put into action all the ideas they may have, a space that serves as a refuge for their craziest inventions and that thanks to it they can communicate and disseminate them with the world, taking into account that these ideas must not only be visited in person, having spaces where virtual reality, the transmission of images and remote interactions with people in different parts of the world are but another element of daily life.

Our project consists of a building whose presence and ideas are perceivable from the proximity of the users, the subliminal interaction of  passersby or visitors and from the long distance of the virtual public. its organic forms invite curiosity, creativity, encounter, focal points and human connections; Having a multi-space art gallery that extends from the interior to a large central plaza where the works or designs of all students can be built, exhibited and enjoyed, works that will be conceived within the same building. The classes will be received in makerspaces that will promote horizontality and first-hand interaction with the materials and their relevance in the modern world where this are finite and must be renewable, spaces where attendees will feel comfortable both learning and teaching, where the roles will be fluid and it will be allowed to question the establishment of things, spaces where the most important thing will be relationships, connections, the synapses of people.

The Bauhaus of the 21st century. 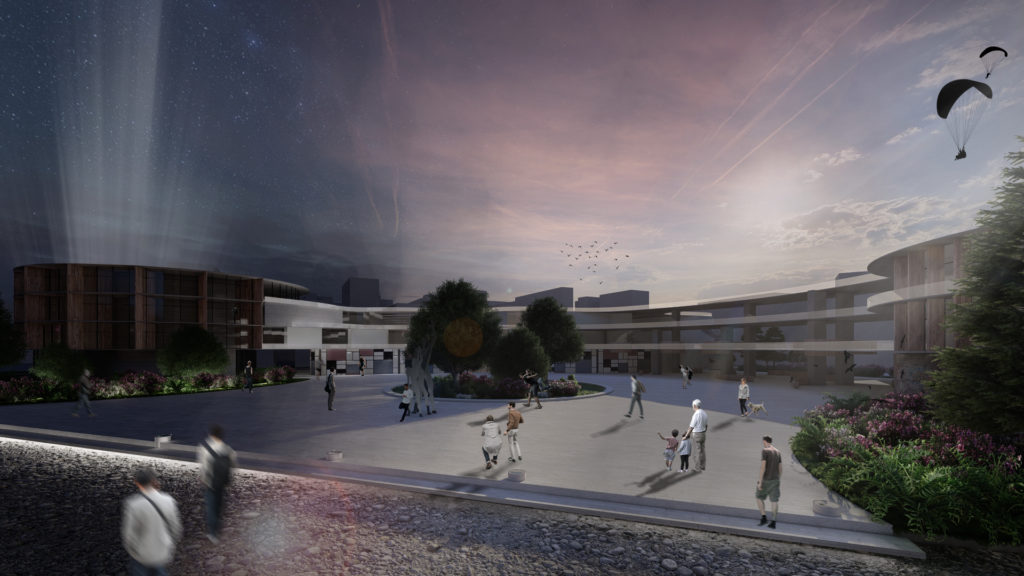 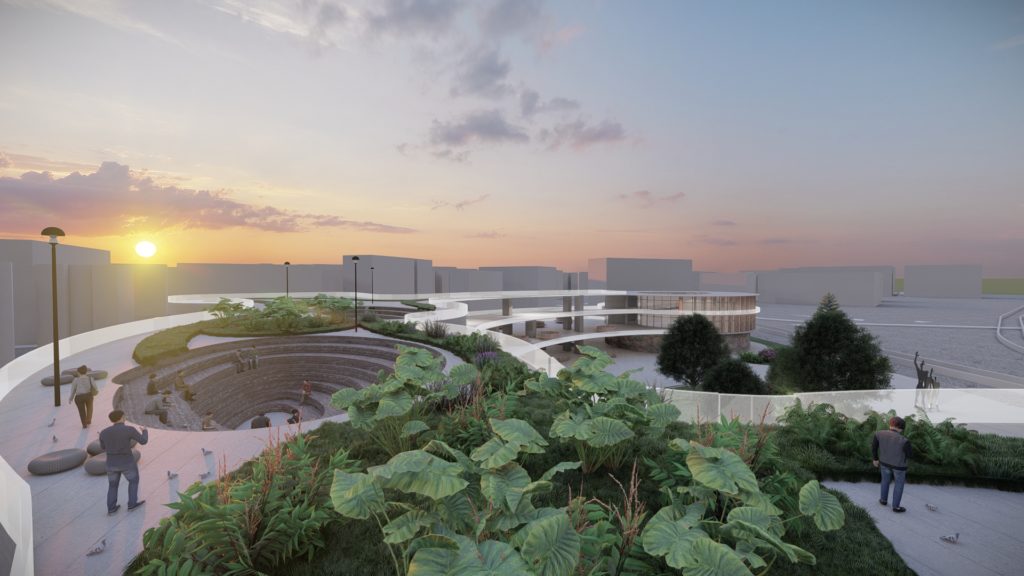 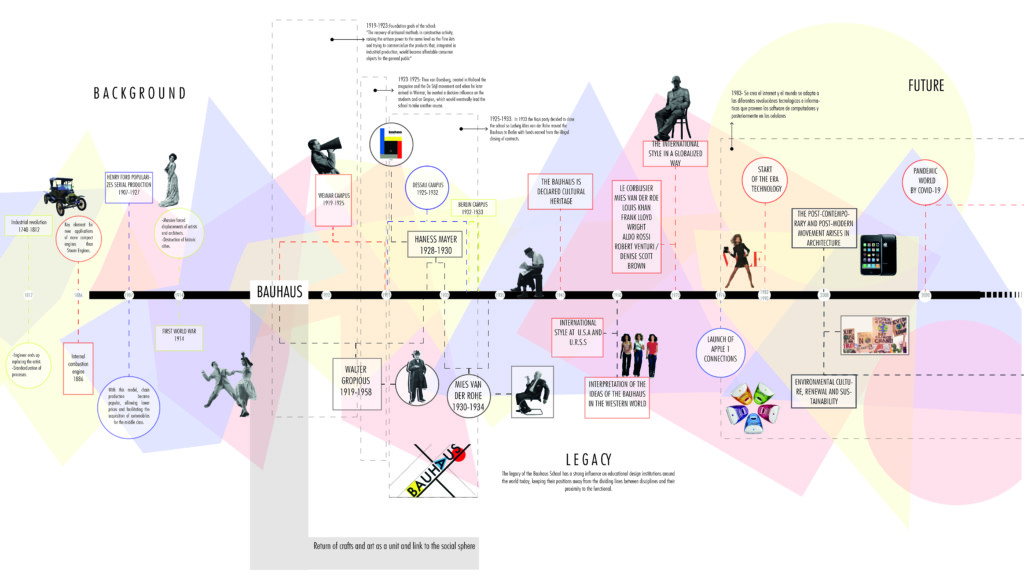 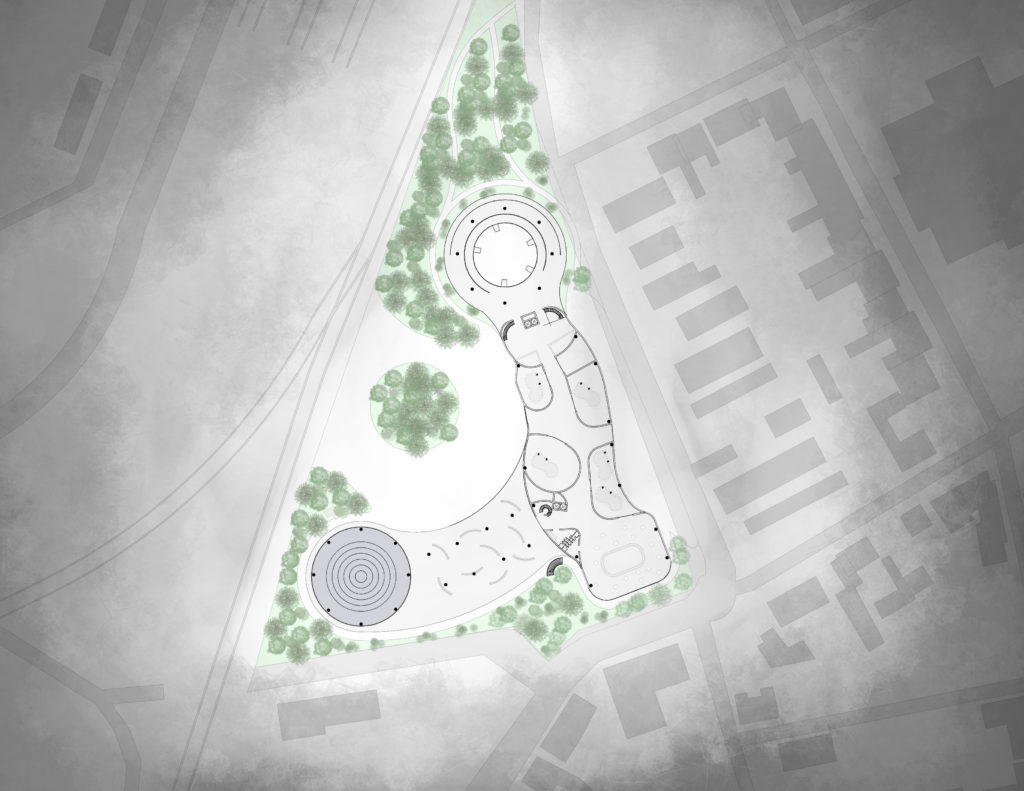 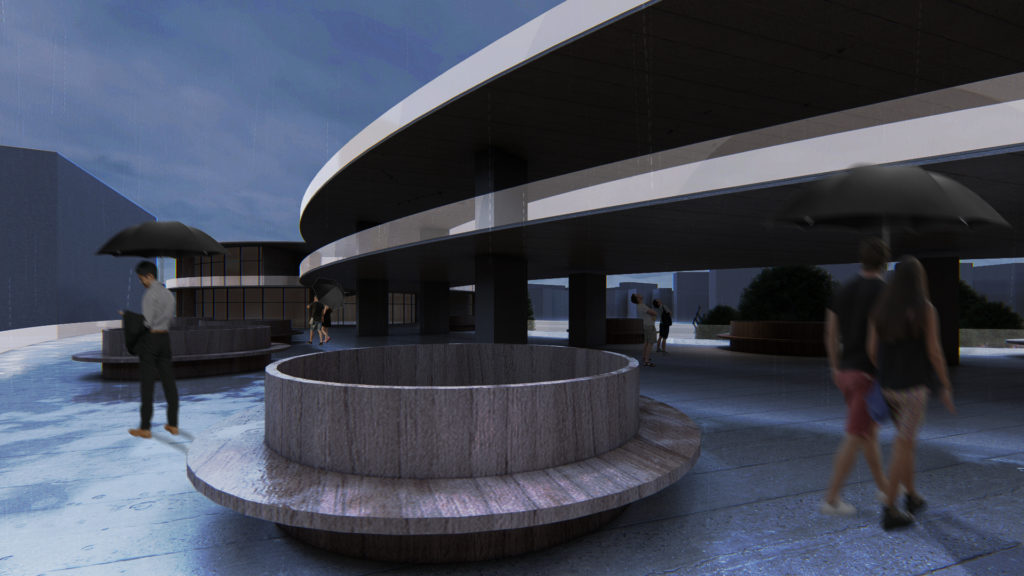