The Open Campus by Pasinee 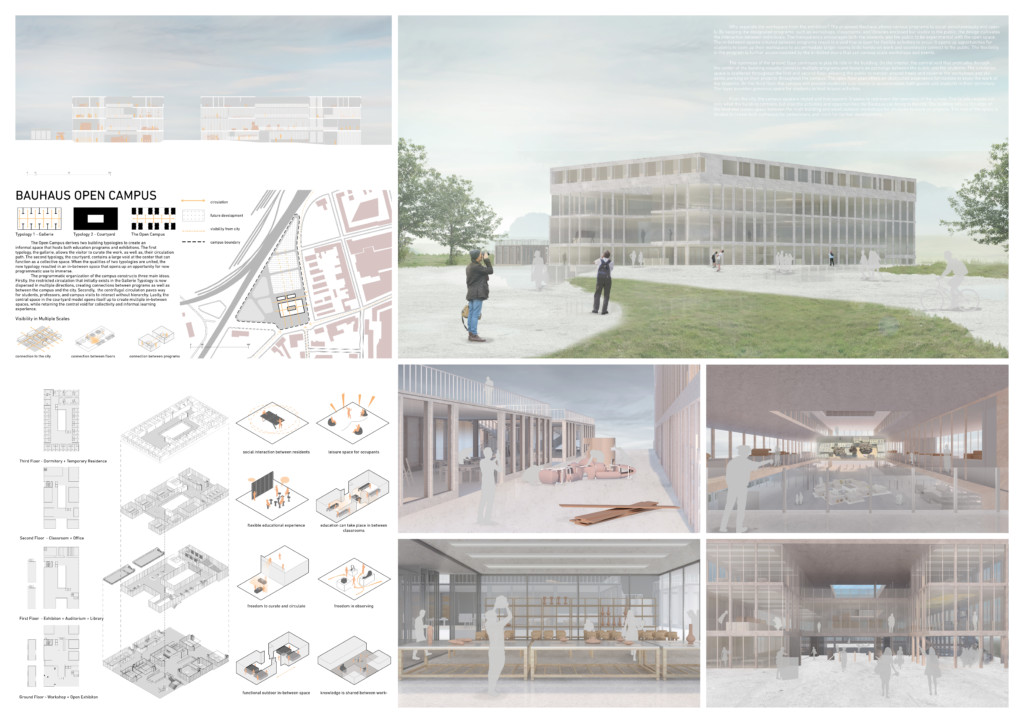 Why separate the workspace from the exhibition? The proposed Bauhaus allows various programs to occur simultaneously and openly. By keeping the designated programs, such as workshops, classrooms, and libraries enclosed but visible to the public, the design cultivates the interaction between individuals. The transparency encourages both the students and the public to be experimental with the open space. The in-between spaces created between programs result in a void that is open for flexible activities to occur. It opens up opportunities for students to open up their workspace to accommodate larger rooms to do hands-on work and seamlessly connect to the public. The flexibility in the program is further accommodated by the bi-folded doors that can various scale workshops and events.

The openness of the ground floor continues to play its role in the building. On the interior, the central void that protrudes through the center of the building visually connects multiple programs and fosters an exchange between the public and the students. The exhibition space is scattered throughout the first and second floor, allowing the public to wander around freely and observe the workshops and students working on their projects throughout the campus. The open floor plan offers an obstructed experience for visitors to enjoy the work of the students. On the third floor, the campus will provide moderate size rooms to accommodate both guests and students in their dormitory. The foyer provides generous space for students to host leisure activities.

From the city, the campus appears muted and transparent. It seeks to represent the openness of the school. The facade reveals not only what the building contains, but also the activities and opportunities the Bauhaus can bring to the city. The building sits on the edge of the land and leaves space between the main building and small outdoor workshops for students to work on projects. The rest of the space is divided to create both pathways for pedestrians and room for further development.

The Open Campus derives two building typologies to create an informal space that hosts both education programs and exhibitions. The first typology, the gallerie, allows the visitor to curate the work, as well as, their circulation path. The second typology, the courtyard, contains a large void at the center that can function as a collective space. When the qualities of two typologies are united, the new typology resulted in an in-between space that opens up an opportunity for new programmatic use to immerse.

The programmatic organization of the campus constructs three main ideas. Firstly, the restricted circulation that initially exists in the Gallerie Typology is now dispersed in multiple directions, creating connections between programs as well as between the campus and the city. Secondly,  the centrifugal circulation paves way for students, professors, and campus visits to interact without hierarchy. Lastly, the central space in the courtyard model opens itself up to create multiple in-between spaces, while retaining the central void for collectivity and informal learning experience. 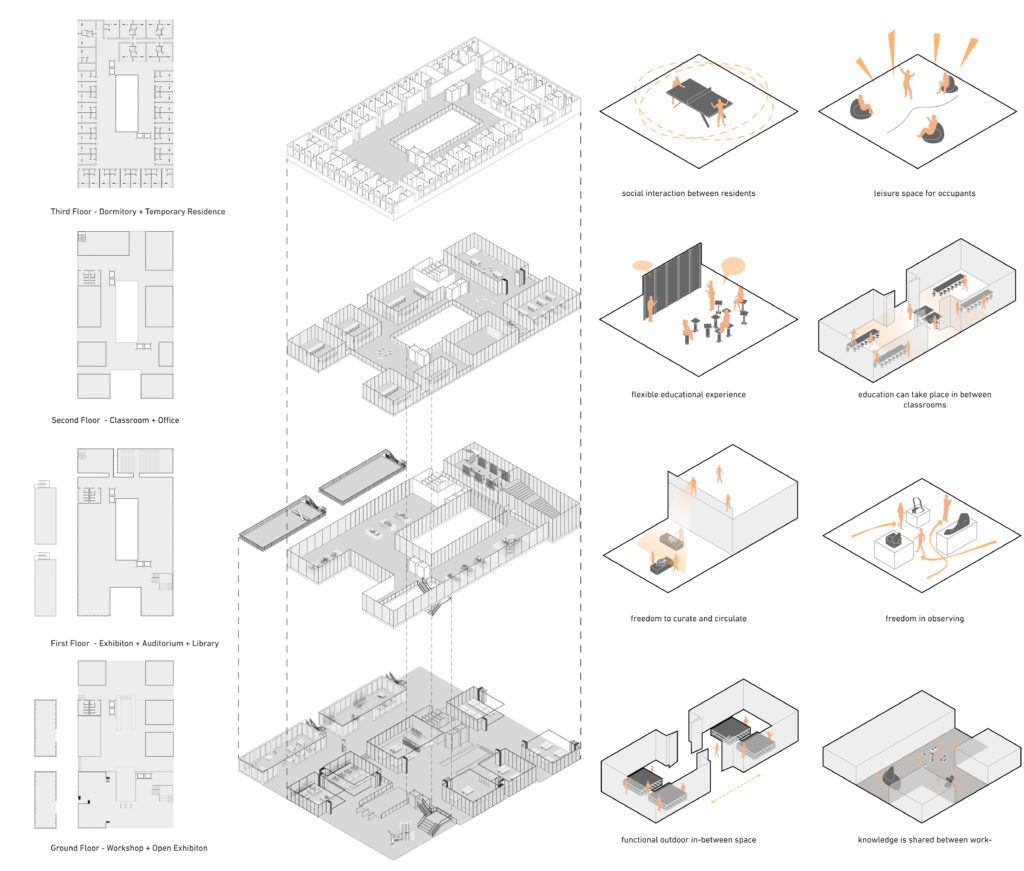 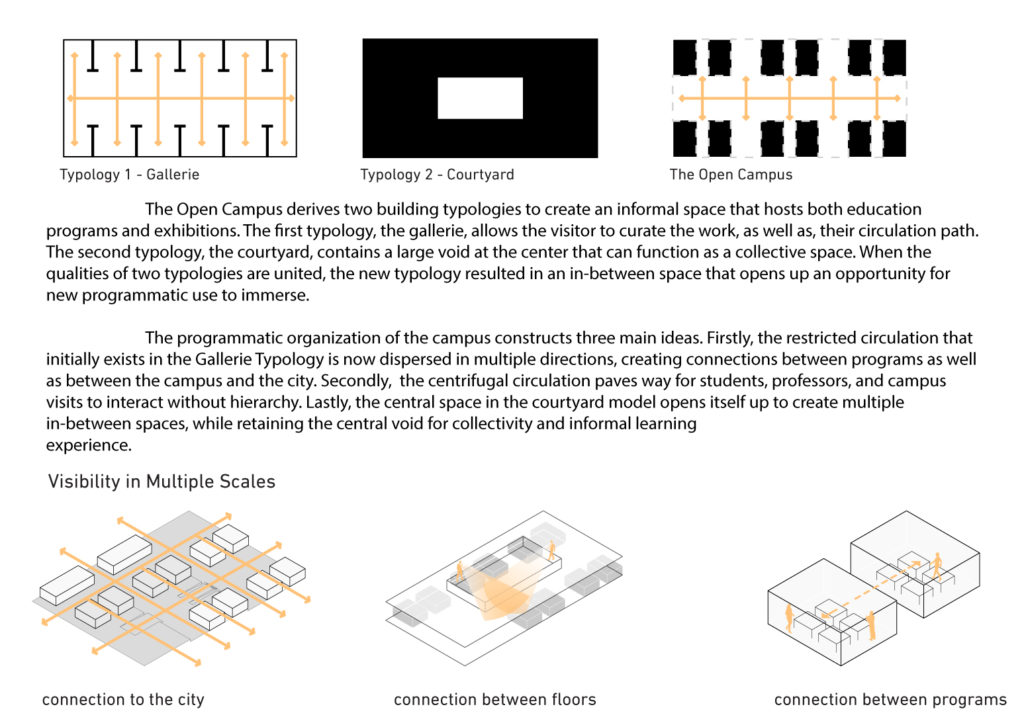 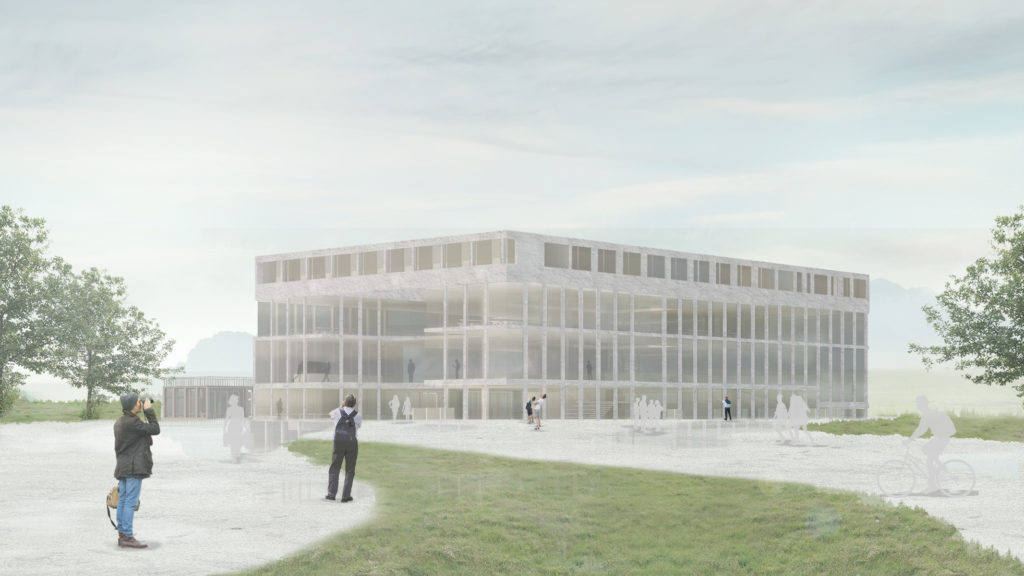 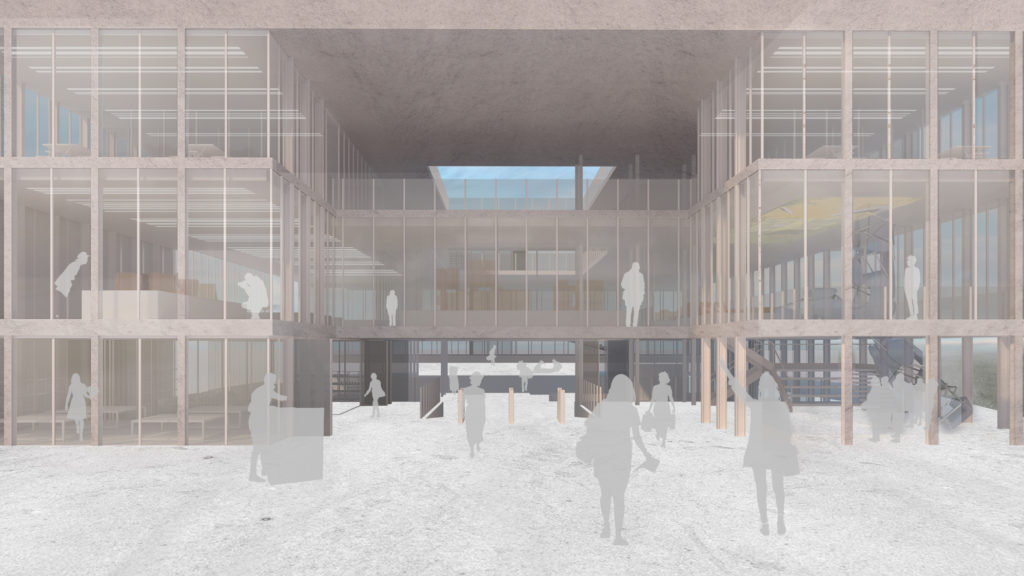 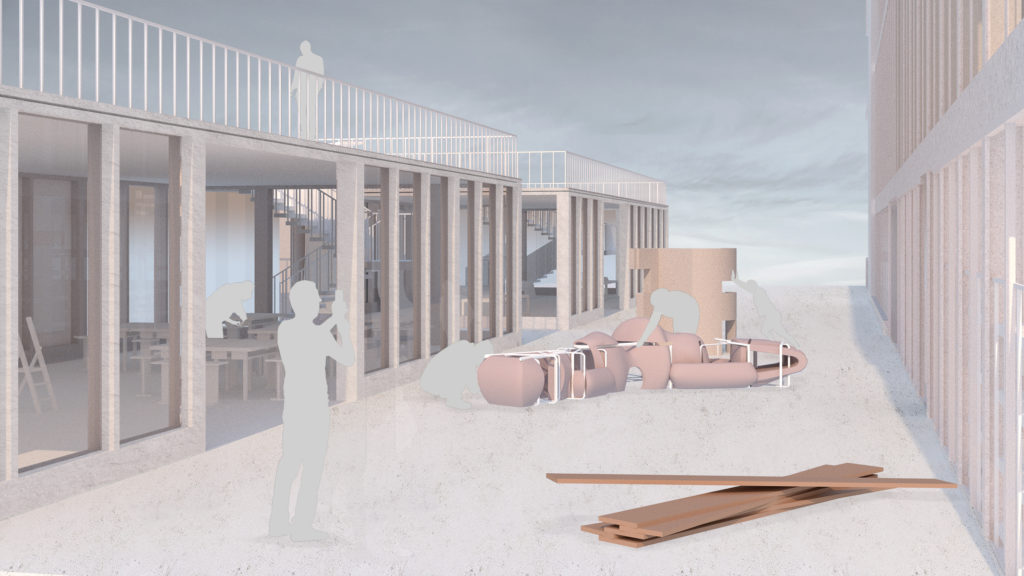 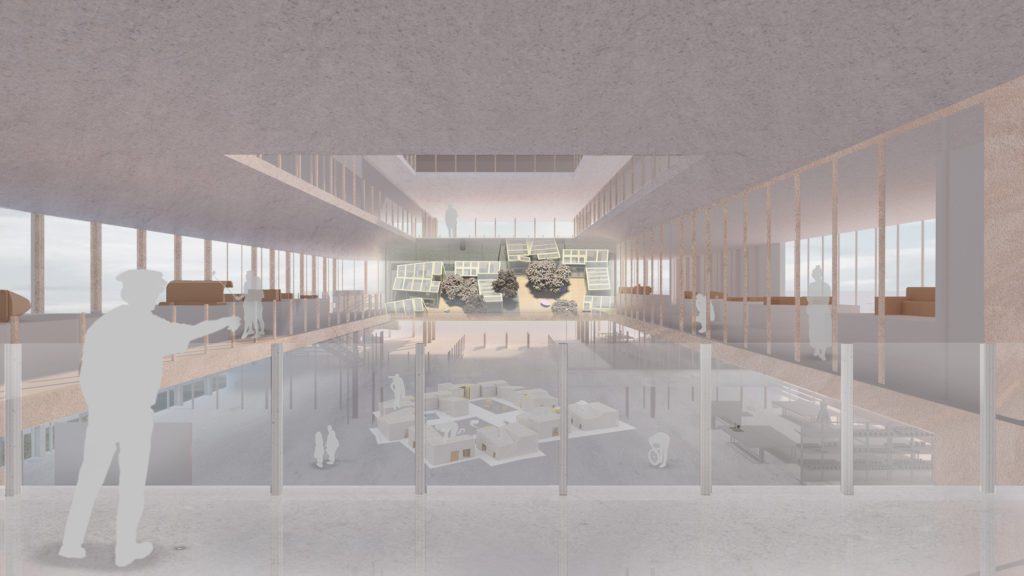 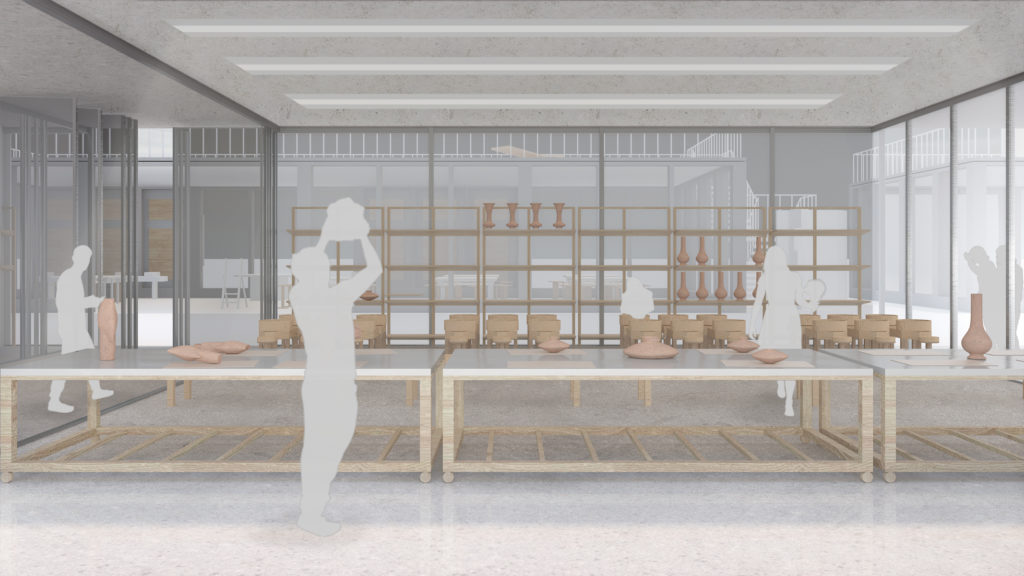 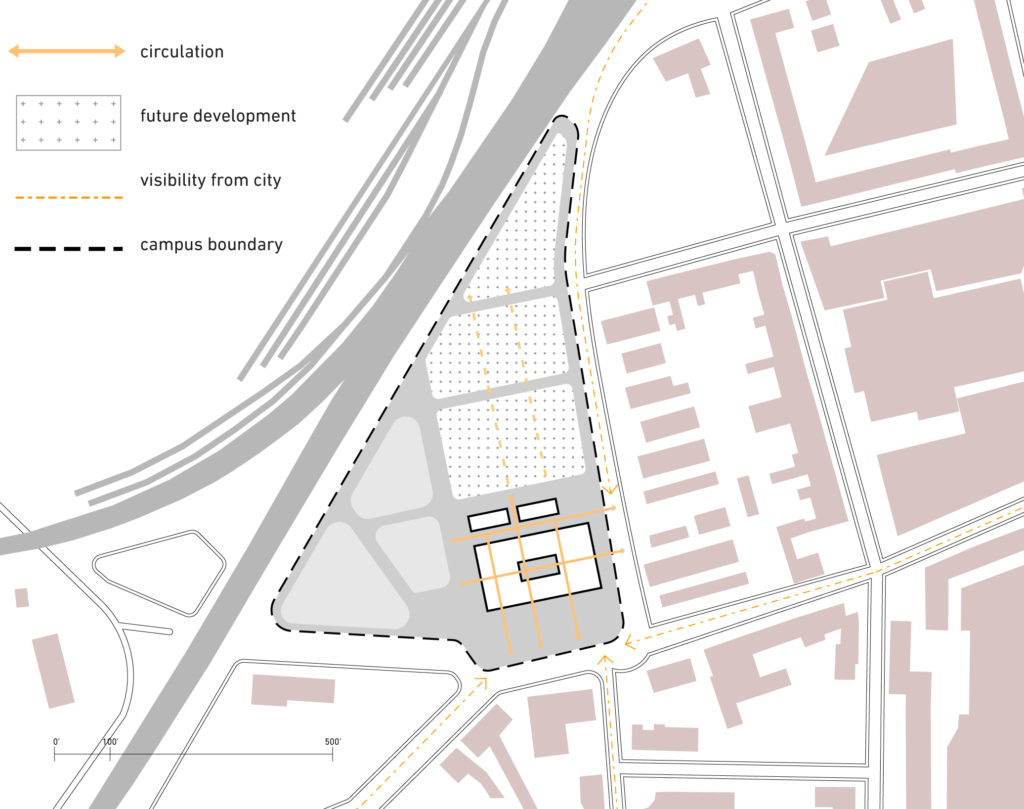