THE NEW BAUHAUS by SimpleArchitects 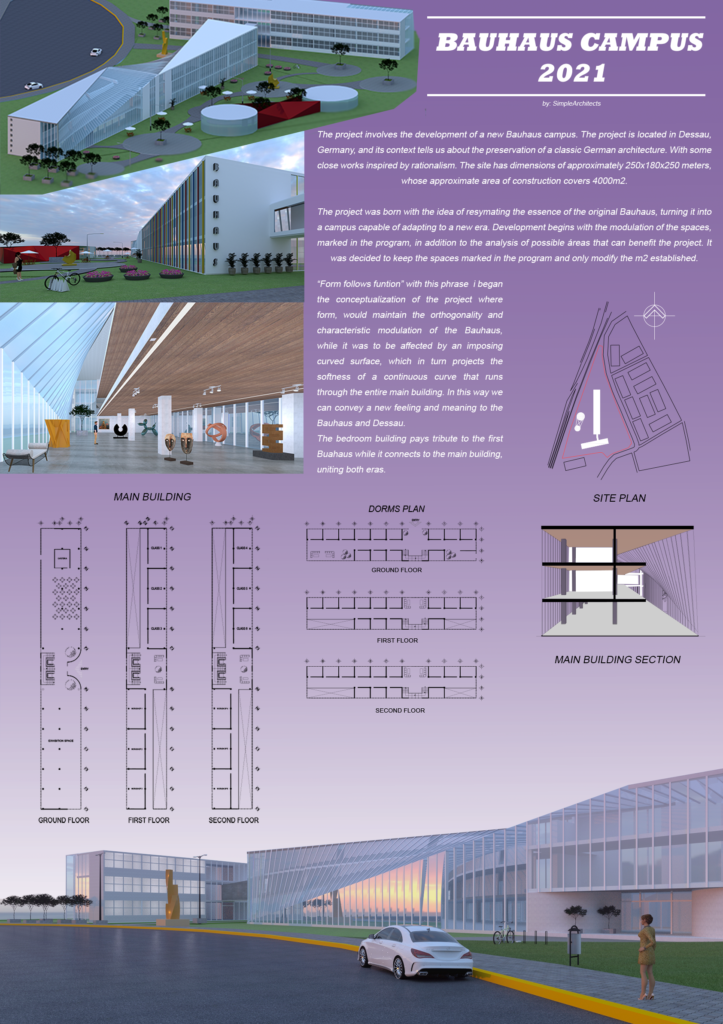 The project involves the development of a new Bauhaus campus. The project is located in Dessau, Germany, and its context tells us about the preservation of a classic German architecture. With some close works inspired by rationalism. The site has dimensions of approximately 250x180x250 meters, whose approximate area of construction covers 4000m2. The project was born with the idea of resymating the essence of the original Bauhaus, turning it into a campus capable of adapting to a new era. Development begins with the modulation of the spaces, marked in the program, in addition to the analysis of possible áreas that can benefit the project. It was decided to keep the spaces marked in the program and only modify the m2 established. “Form follows funtion” with this phrase i began the conceptualization of the project where form, would maintain the orthogonality and characteristic modulation of the Bauhaus, while it was to be affected by an imposing curved surface, which in turn projects the softness of a continuous curve that runs through the entire main building. In this way we can convey a new feeling and meaning to the Bauhaus and Dessau. The bedroom building pays tribute to the first Buahaus while it connects to the main building, uniting both eras.