The Inverted Pyramid by Cheng Yixiang 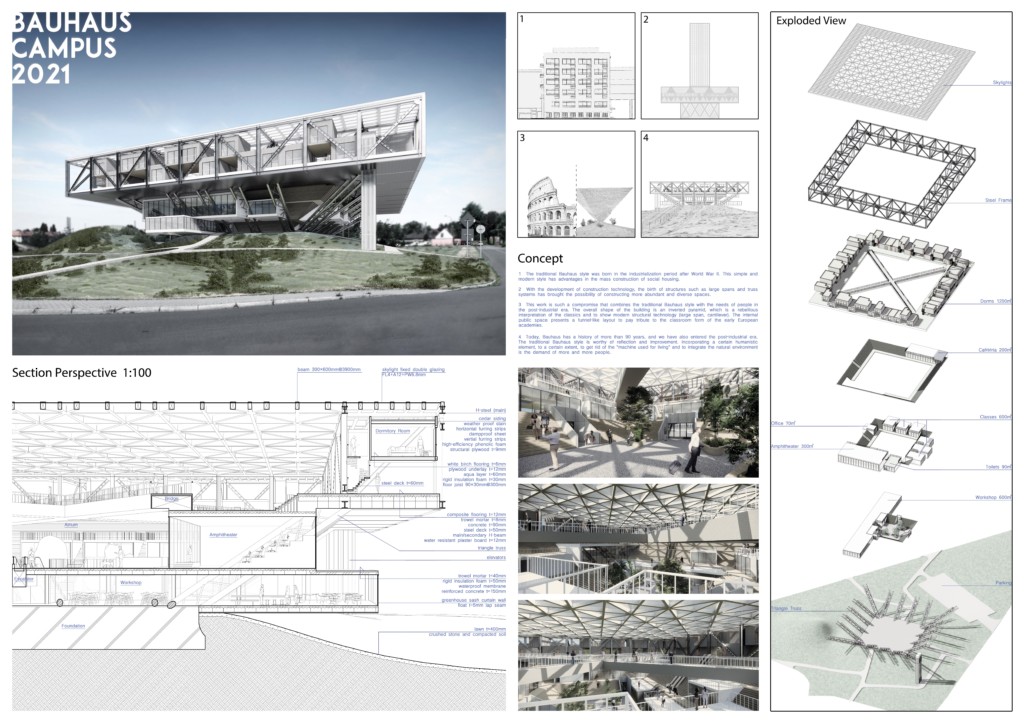 The traditional Bauhaus style was born in the industrialization period after World War II. This simple and modern style has advantages in the mass construction of social housing.

With the development of construction technology, the birth of structures such as large spans and truss systems has brought the possibility of constructing more abundant and diverse spaces.

Today, Bauhaus has a history of more than 90 years, and we have also entered the post-industrial era. The traditional Bauhaus style is worthy of reflection and improvement. Incorporating a certain humanistic element, to a certain extent, to get rid of the “machine used for living” and to integrate the natural environment is the demand of more and more people.

This work is such a compromise that combines the traditional Bauhaus style with the needs of people in the post-industrial era. The overall shape of the building is an inverted pyramid, which is a rebellious interpretation of the classics and to show modern structural technology (large span, cantilever). The internal public space presents a funnel-like layout to pay tribute to the classroom form of the early European academies.