The Hive by AF GROUP 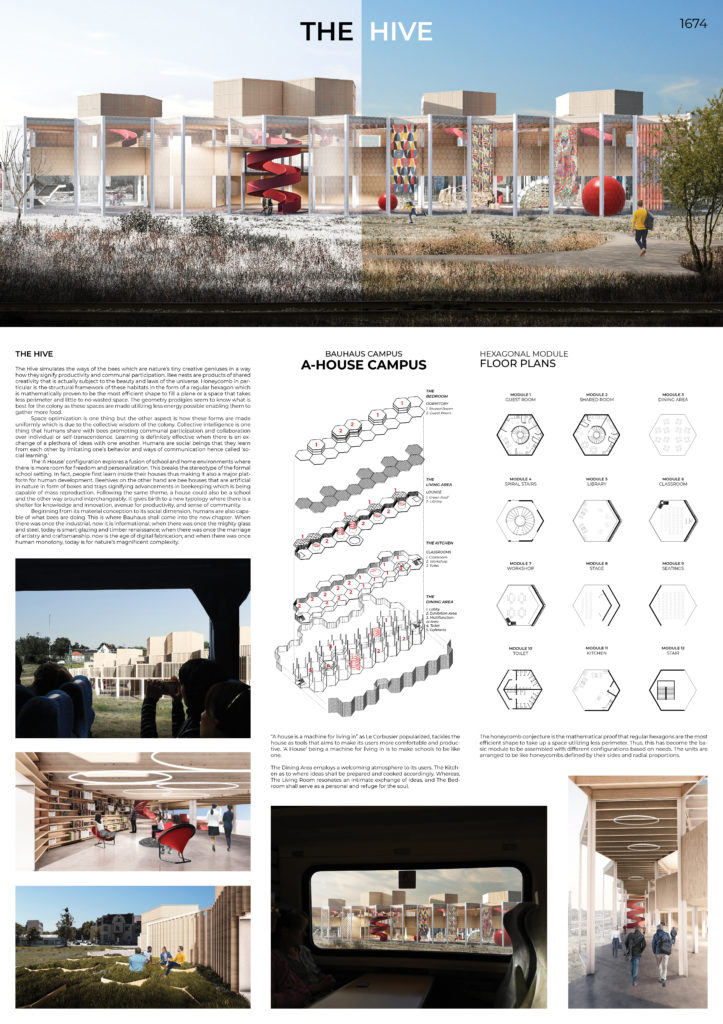 The Hive simulates the ways of the bees which are nature’s tiny creative geniuses in a way how they signify productivity and communal participation. Bee nests are products of shared creativity that is actually subject to the beauty and laws of the universe. Honeycomb in particular is the structural framework of these habitats in the form of a regular hexagon which is mathematically proven to be the most efficient shape to fill a plane or a space that takes less perimeter and little to no wasted space. The geometry prodigies seem to know what is best for the colony as these spaces are made utilizing less energy possible enabling them to gather more food.

Space optimization is one thing but the other aspect is how these forms are made uniformly which is due to the collective wisdom of the colony. Collective intelligence is one thing that humans share with bees promoting communal participation and collaboration over individual or self-transcendence. Learning is definitely effective when there is an exchange of a plethora of ideas with one another. Humans are social beings that they learn from each other by imitating one’s behavior and ways of communication hence called ‘social learning.’

The ‘A House’ configuration explores a fusion of school and home environments where there is more room for freedom and personalization. This breaks the stereotype of the formal school setting. In fact, people first learn inside their houses thus making it also a major platform for human development. Beehives on the other hand are bee houses that are artificial in nature in form of boxes and trays signifying advancements in beekeeping which is being capable of mass reproduction. Following the same theme, a house could also be a school and the other way around interchangeably. It gives birth to a new typology where there is a shelter for knowledge and innovation, avenue for productivity, and sense of community.

“A house is a machine for living in” as Le Corbusier popularized, tackles the house as tools that aims to make its users more comfortable and productive. ‘A House’ being a machine for living in is to make schools to be likeone.
The Dining Area employs a welcoming atmosphere to its users. The Kitchen as to where ideas shall be prepared and cooked accordingly. Whereas, The Living Room resonates an intimate exchange of ideas, and The Bed room shall serve as a personal and refuge for the soul.

The honeycomb conjecture is the mathematical proof that regular hexagons are the most efficient shape to take up a space utilizing less perimeter. Thus, this has become the basic module to be assembled with different configurations based on needs. The units are arranged to be like honeycombs defined by their sides and radial proportions. 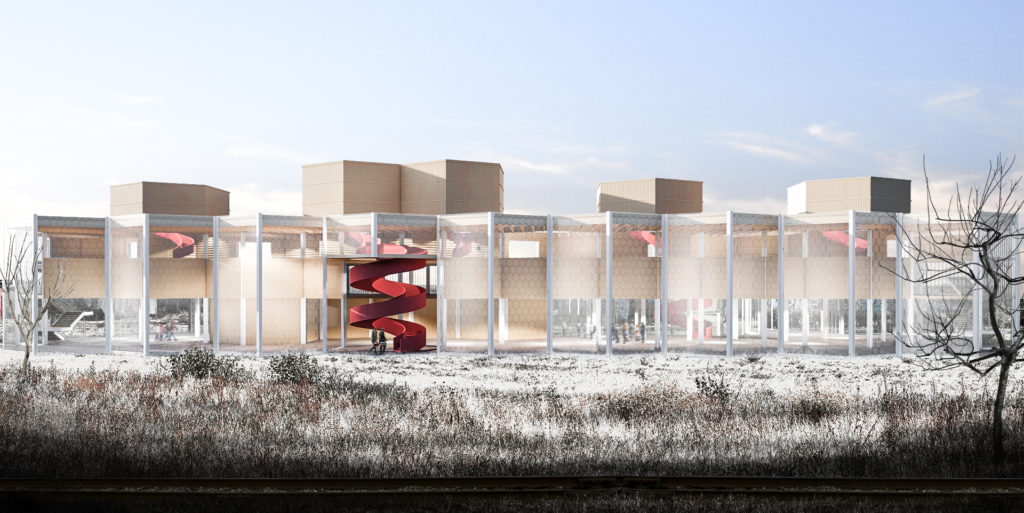 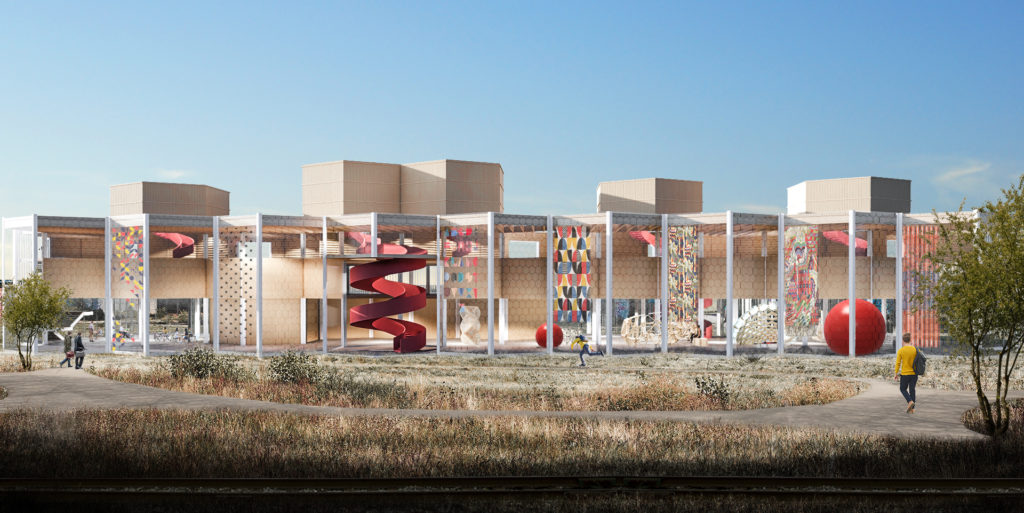 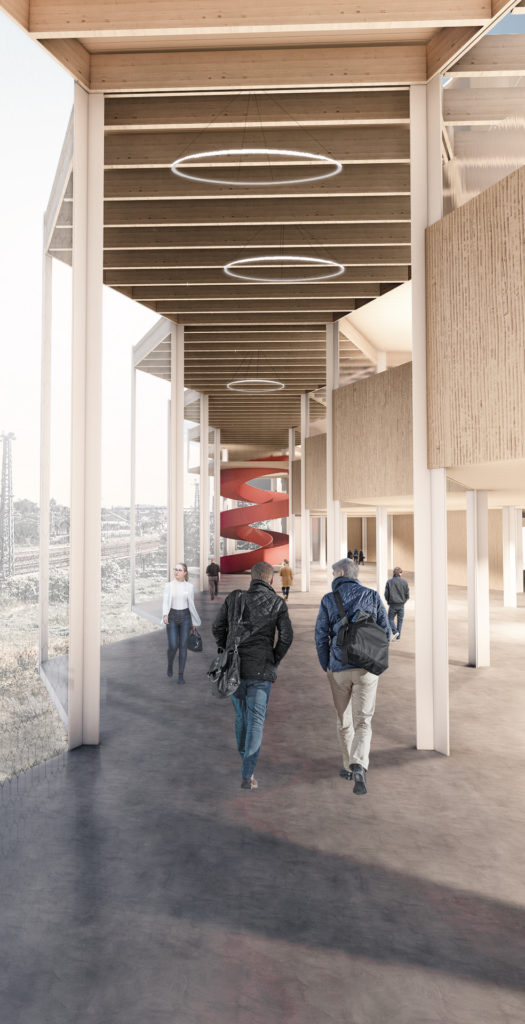 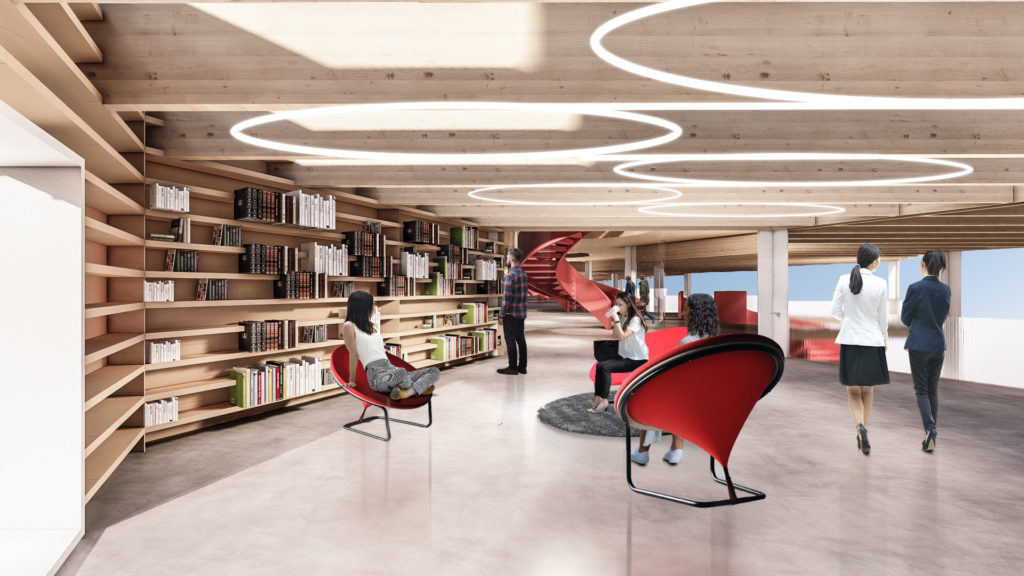 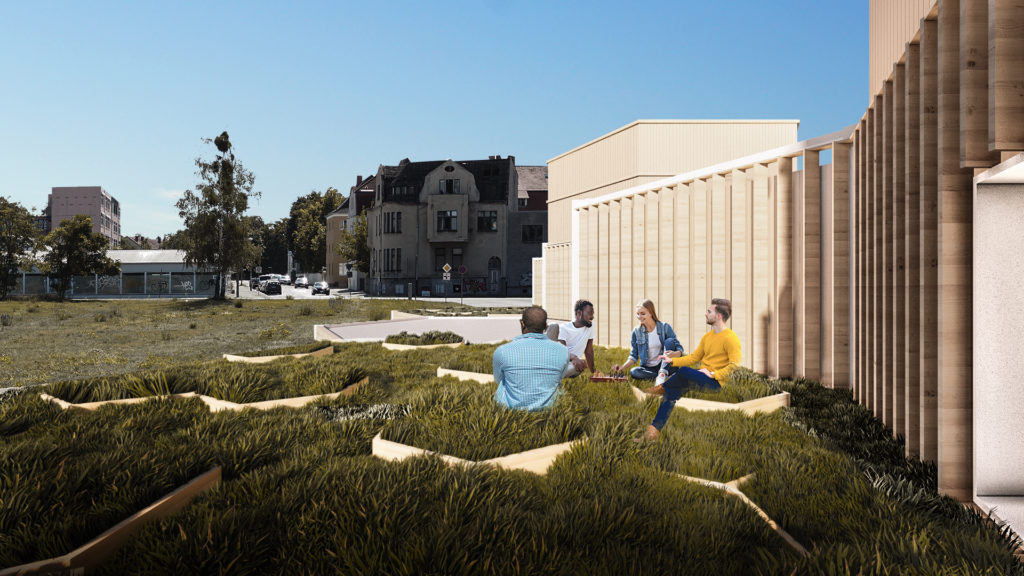 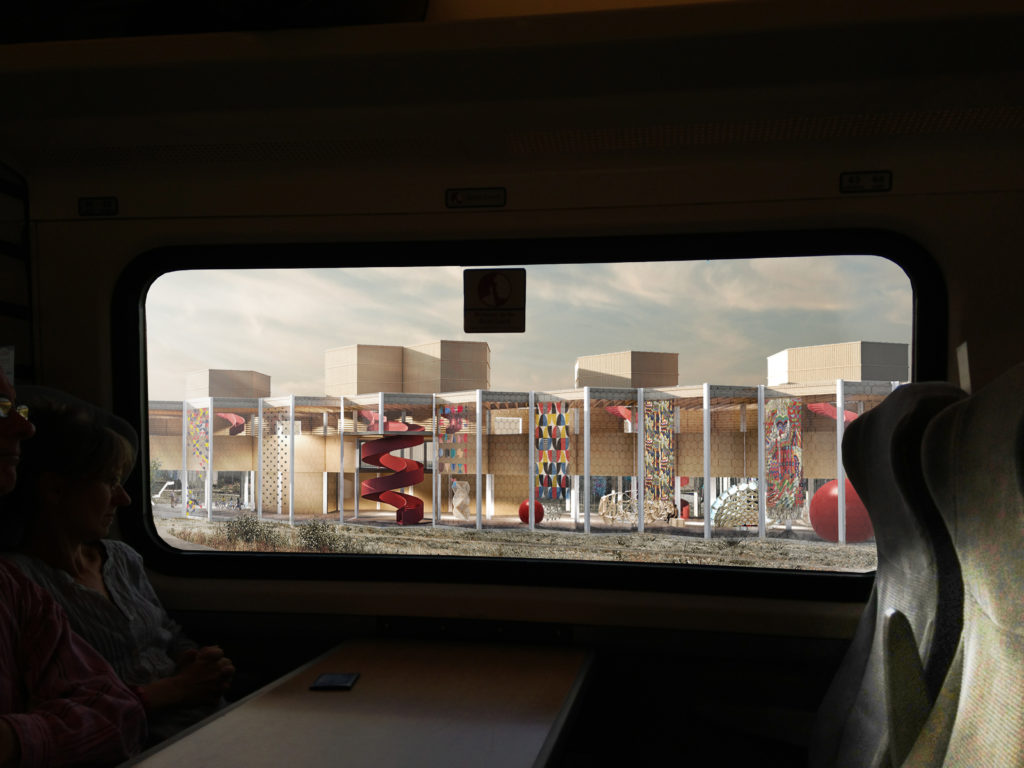 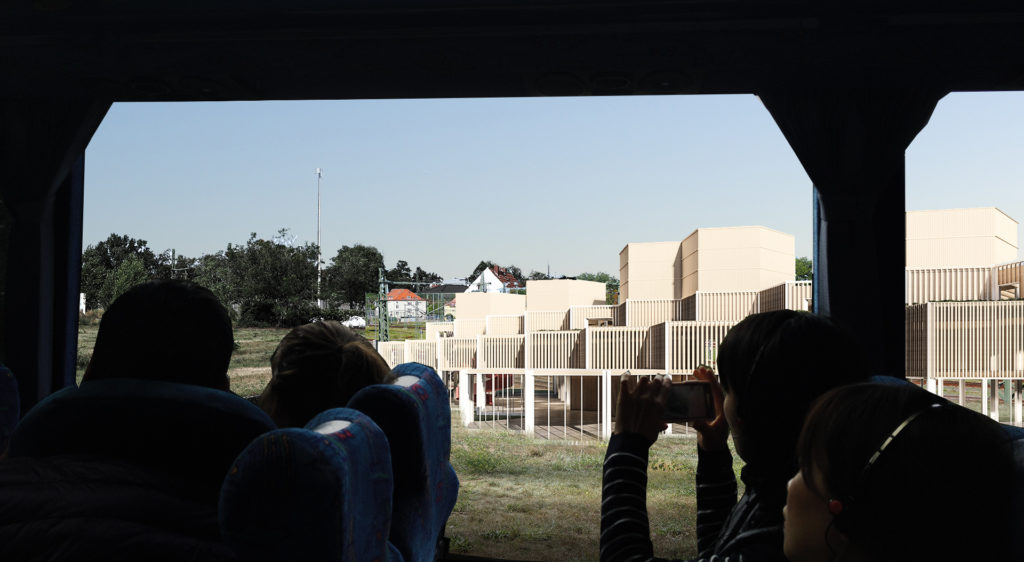 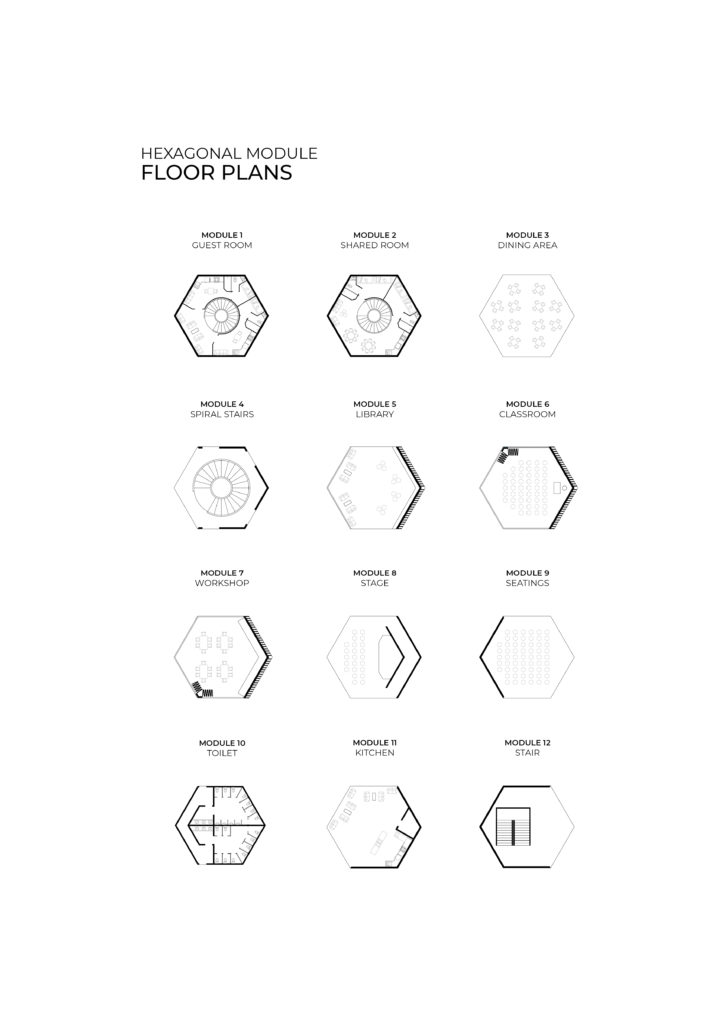