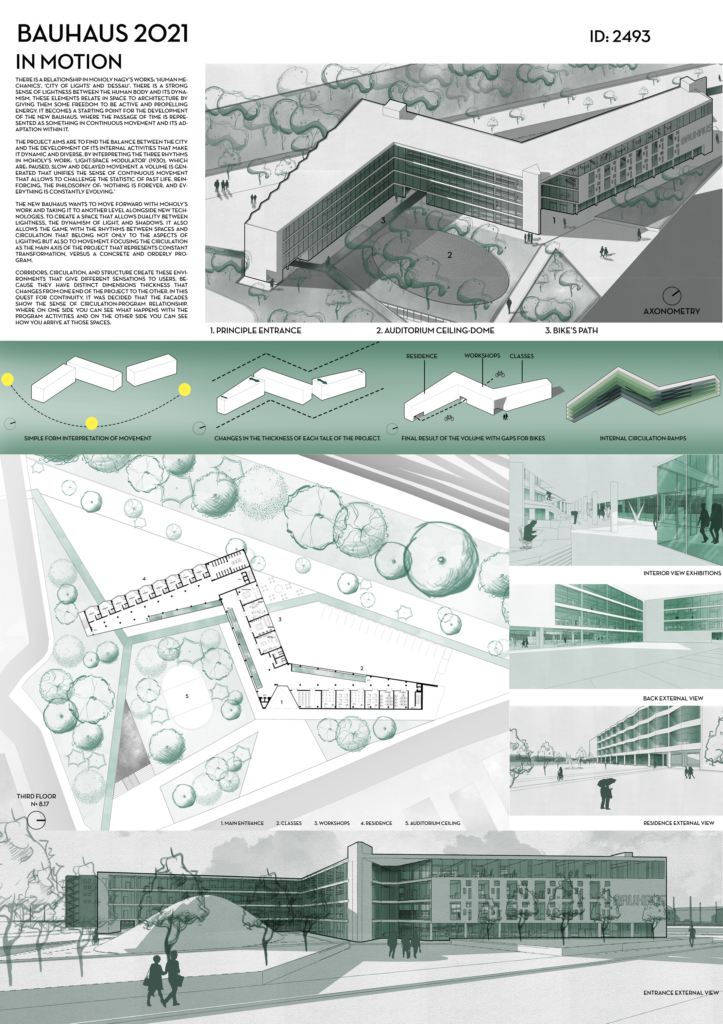 There is a relationship in Moholy Nagy’s works: ‘Human Mechanics’, ‘City of Lights’ and ‘Dessau’. There is a strong sense of lightness between the human body and its dynamism. These elements relate in space to architecture by giving them some freedom to be active and propelling energy. It becomes a starting point for the development of the new Bauhaus. Where the passage of time is represented as something in continuous movement and its adaptation within it.

The project aims are to find the balance between the city and the development of its internal activities that make it dynamic and diverse. By interpreting the three rhythms in Moholy’s work: ‘Light-space modulator’ (1930), which are: paused, slow and delayed movement. A volume is generated that unifies the sense of continuous movement that allows to challenge the statistic of past life. Reinforcing, the philosophy of: ‘Nothing is forever, and everything is constantly evolving.’

The new Bauhaus wants to move forward with Moholy’s work and taking it to another level alongside new technologies. To create a space that allows duality between lightness, the dynamism of light, and shadows. It also allows the game with the rhythms between spaces and circulation that belong not only to the aspects of lighting but also to movement. Focusing the circulation as the main axis of the project that represents constant transformation, versus a concrete and orderly program.

Corridors, circulation, and structure create these environments that give different sensations to users. Because they have distinct dimensions thickness that changes from one end of the project to the other. In this quest for continuity, it was decided that the facades show the sense of circulation-program relationship. Where on one side you can see what happens with the program activities and on the other side you can see how you arrive at those spaces. 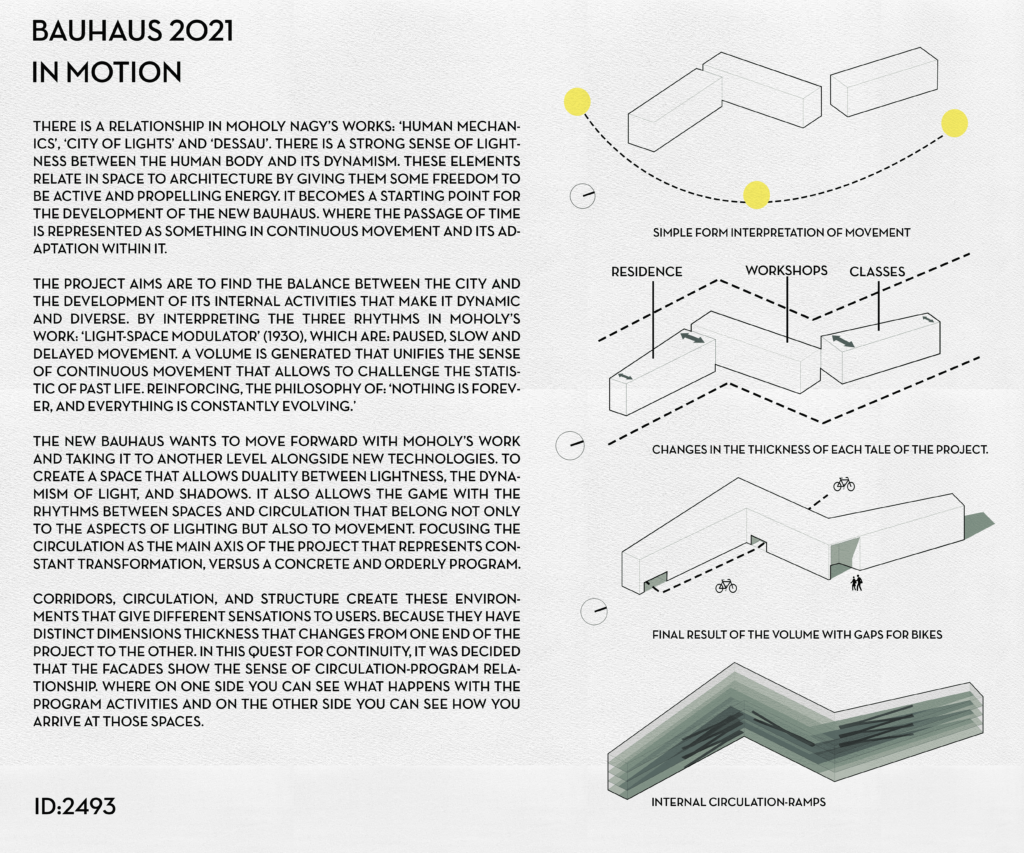 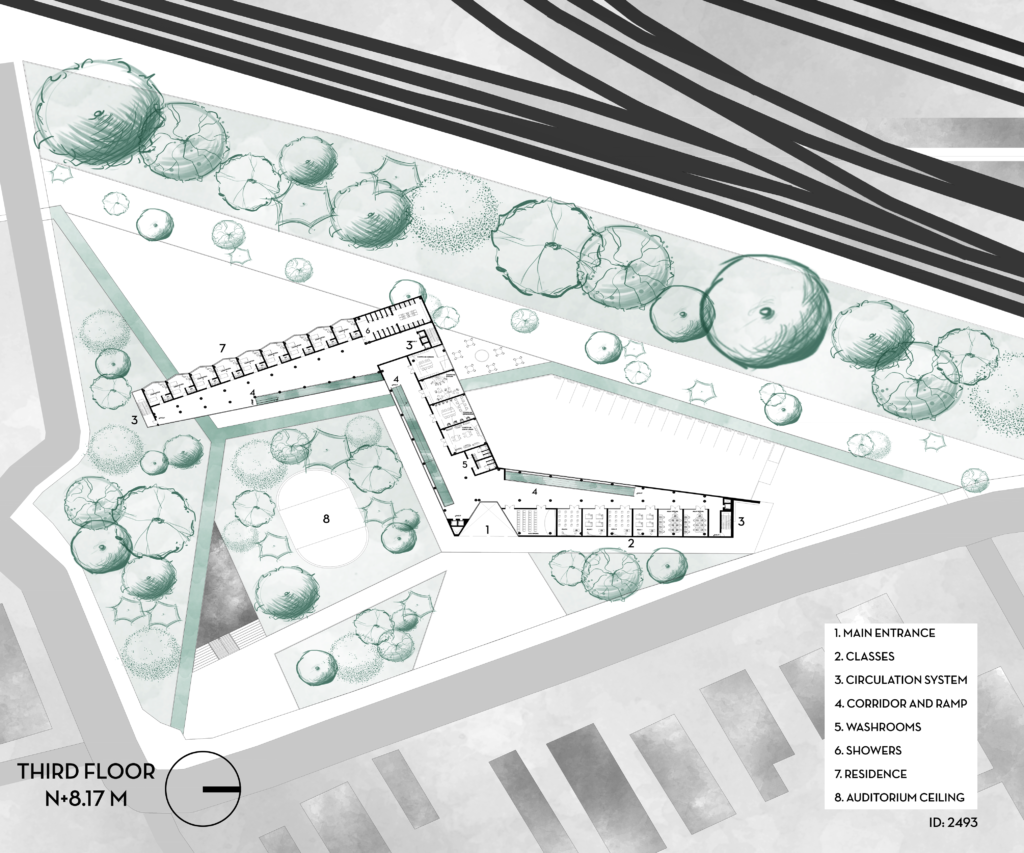