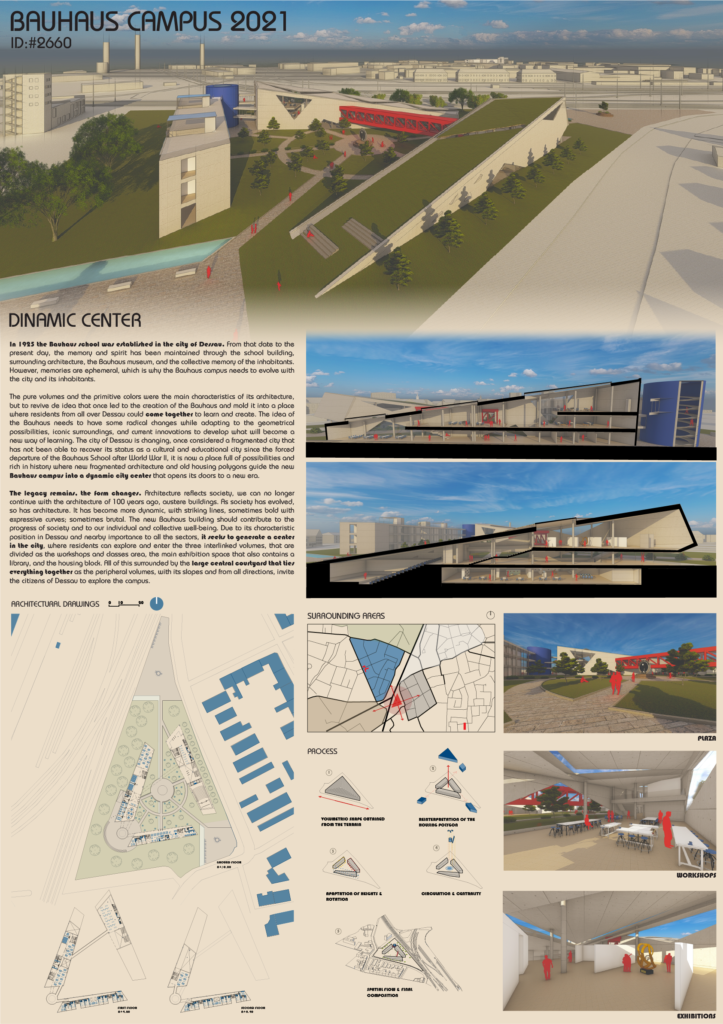 In 1925 the Bauhaus school was established in the city of Dessau. From that date to the present day, the memory and spirit has been maintained through the school building, surrounding architecture, the Bauhaus Museum, and the collective memory of the inhabitants. However, memories are ephemeral, which is why the Bauhaus campus needs to evolve with the city and its inhabitants.

The pure volumes and the primitive colors were the main characteristics of its architecture, but to revive the idea that once led to the creation of the Bauhaus and mold it into a place where residents from all over Dessau could come together to learn and create. The idea of the Bauhaus needs to have some radical changes while adapting to the geometrical possibilities, iconic surroundings, and current innovations to develop what will become a new way of learning. The city of Dessau is changing, once considered a fragmented city that has not been able to recover its status as a cultural and educational city since the forced departure of the Bauhaus School after World War II, it is now a place full of possibilities and rich in history where new fragmented architecture and old housing polygons guide the new Bauhaus campus into a dynamic city center that opens its doors to a new era.

The legacy remains the form changes. Architecture reflects society, we can no longer continue with the architecture of 100 years ago, austere buildings. As society has evolved, so has architecture. It has become more dynamic, with striking lines, sometimes bold with expressive curves; sometimes brutal. The new Bauhaus building should contribute to the progress of society and to our individual and collective well-being. Due to its characteristic position in Dessau and nearby importance to all the sectors, it seeks to generate a center in the city, where residents can explore and enter the three interlinked volumes, that are divided as the workshops and classes area, the main exhibition space that also contains a library, and the housing block. All of this surrounded by the large central courtyard that ties everything together as the peripheral volumes, with its slopes, and from all directions, invite the citizens of Dessau to explore the campus. 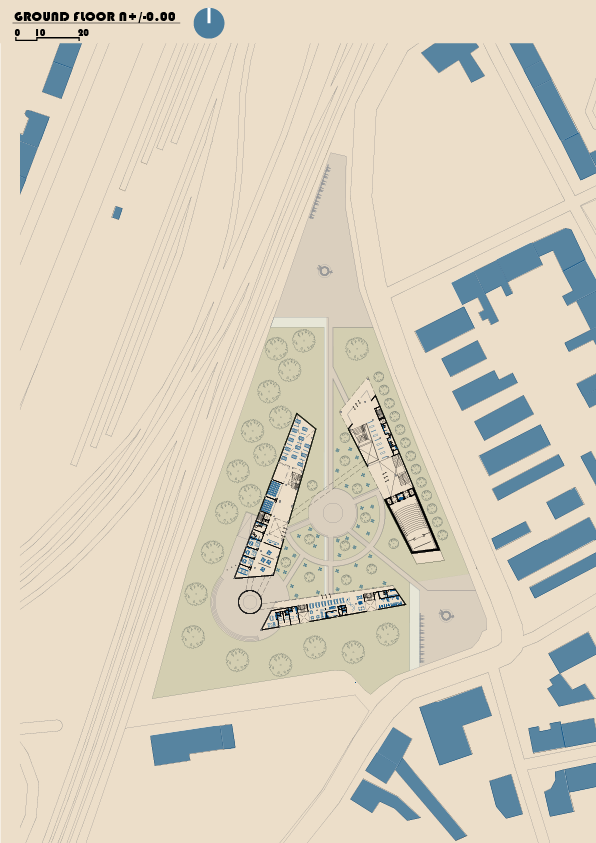 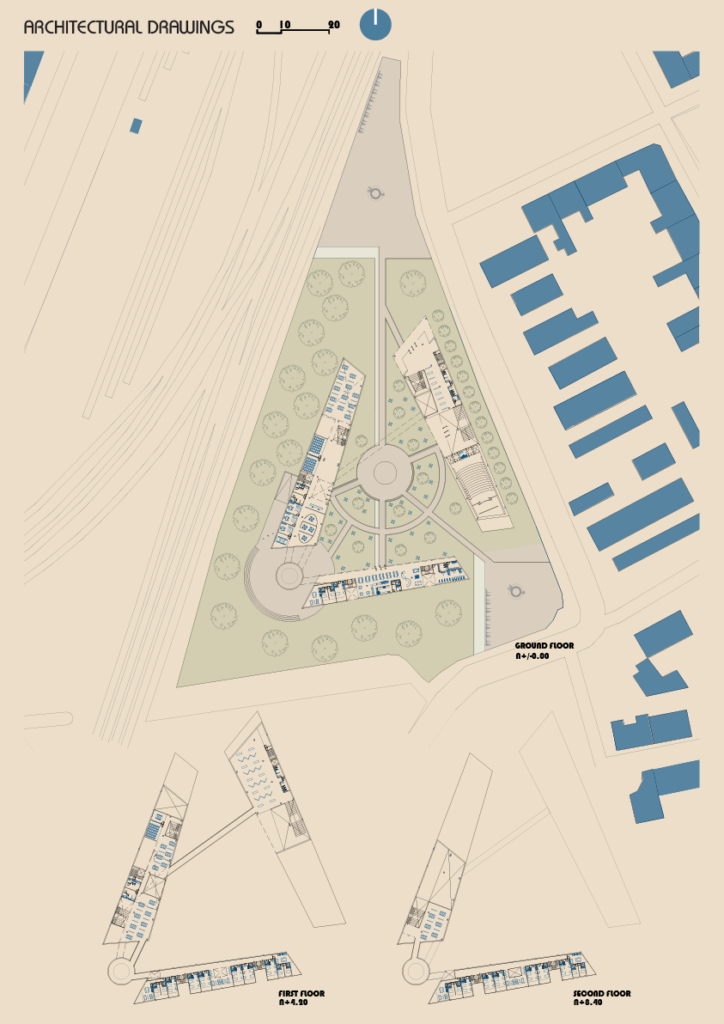 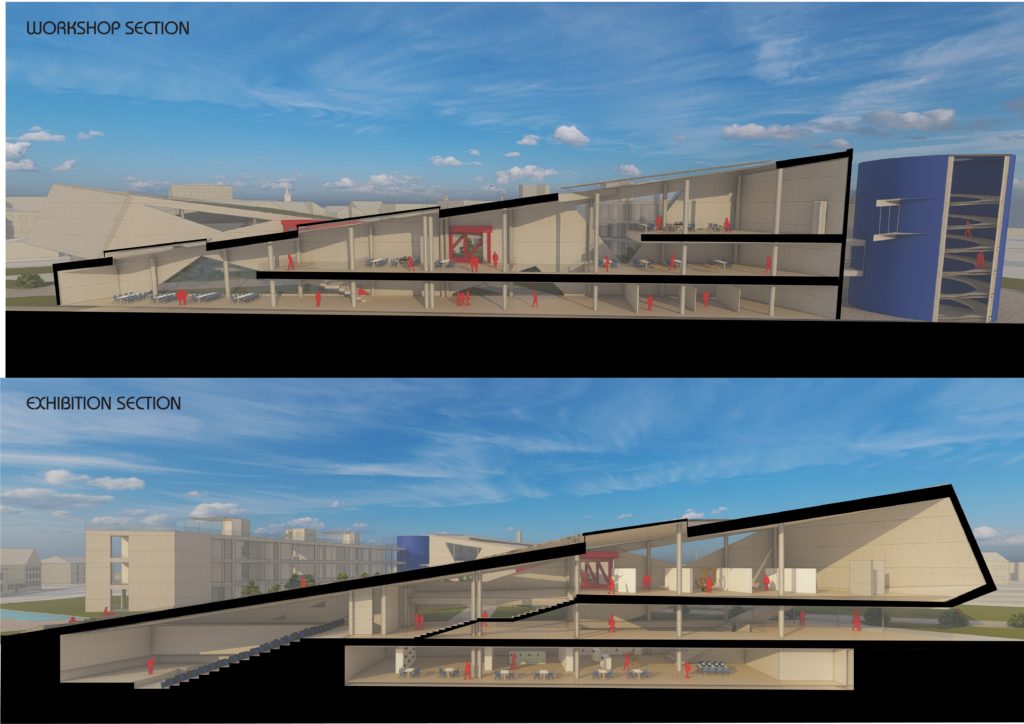 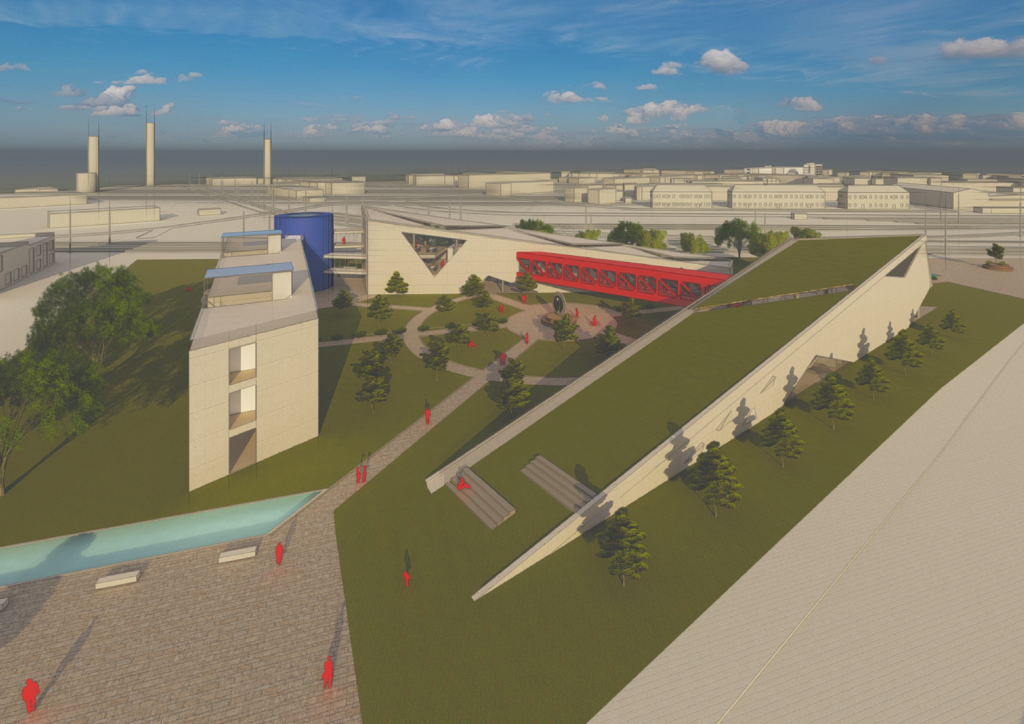 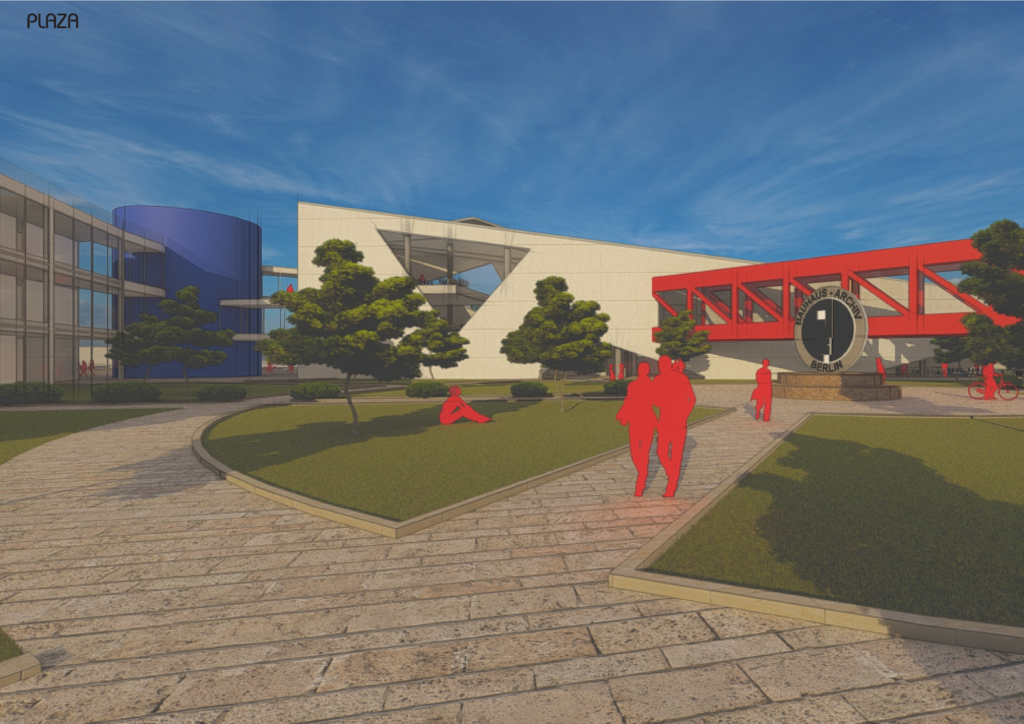 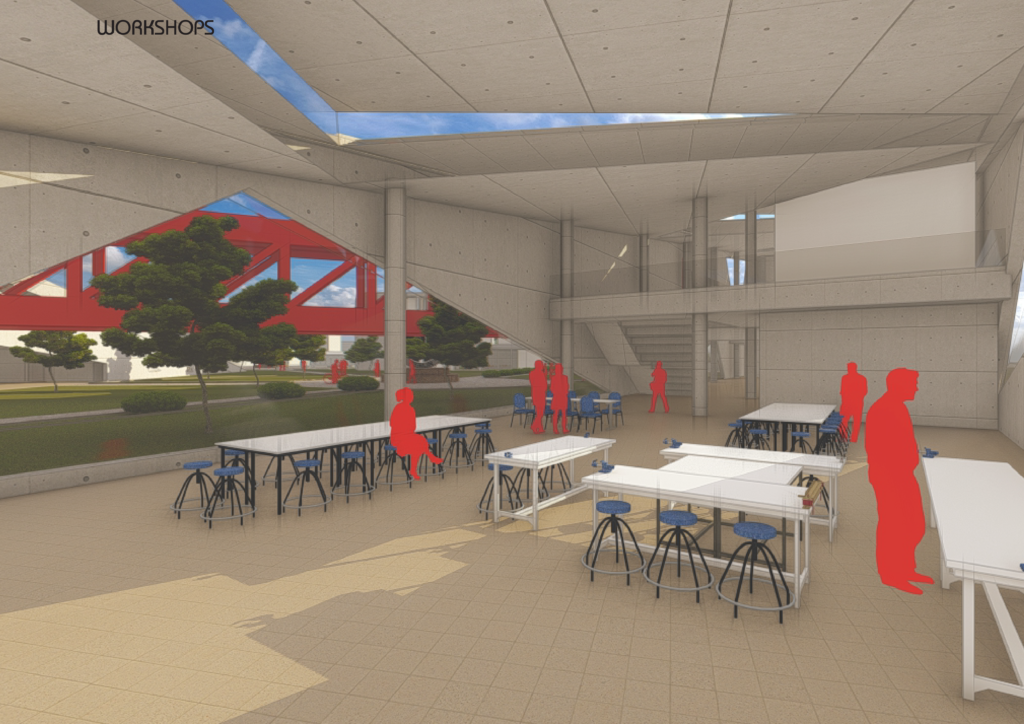 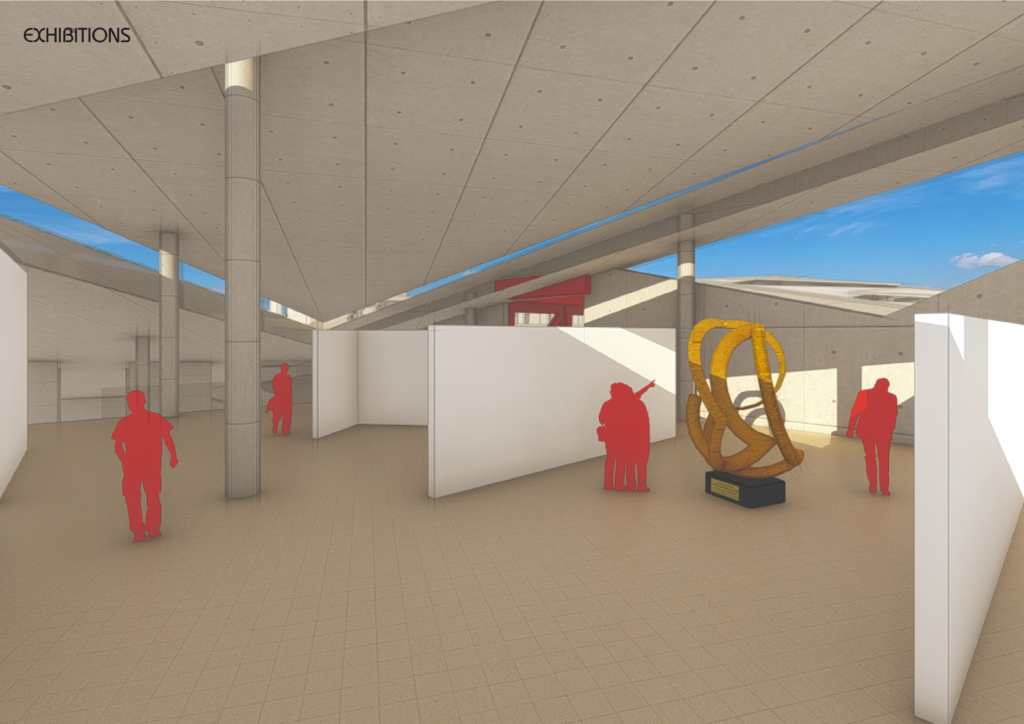 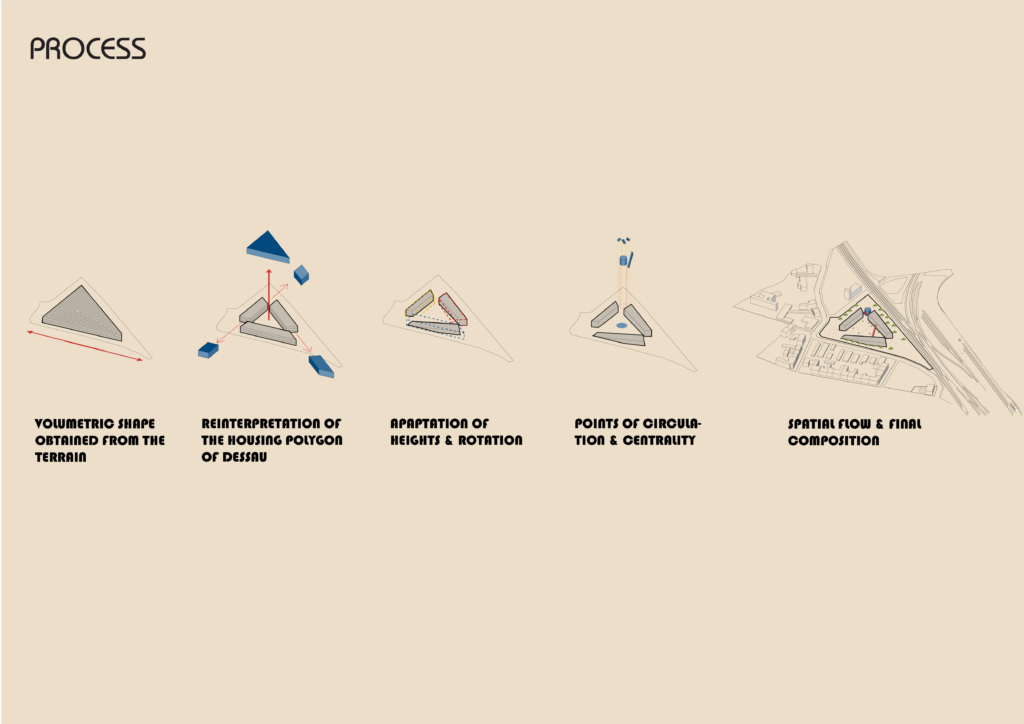 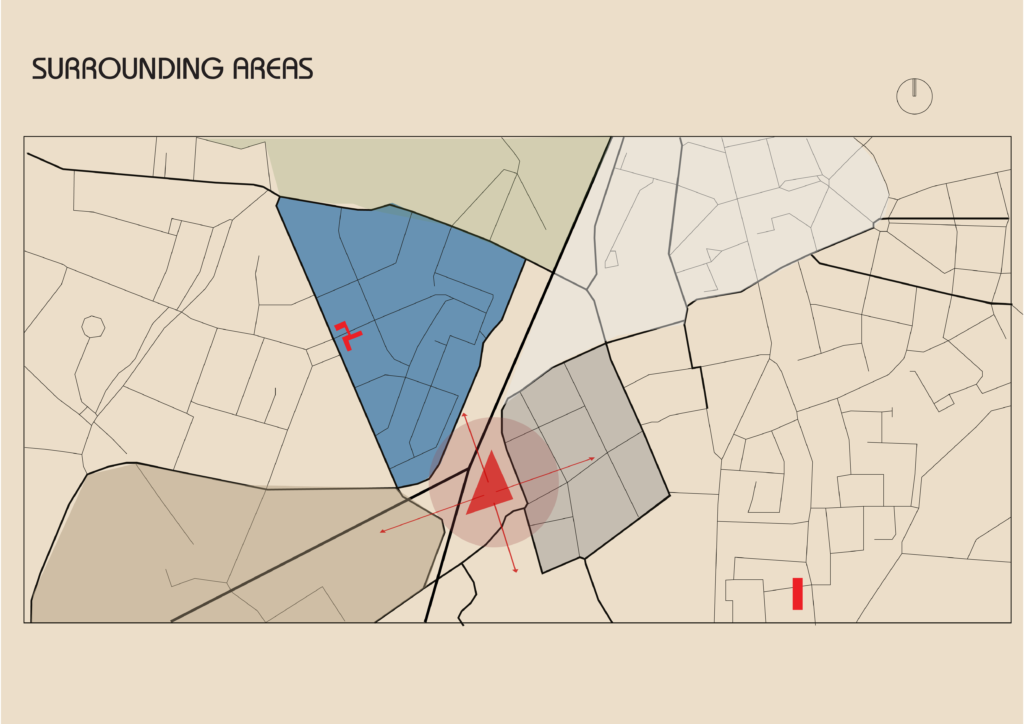