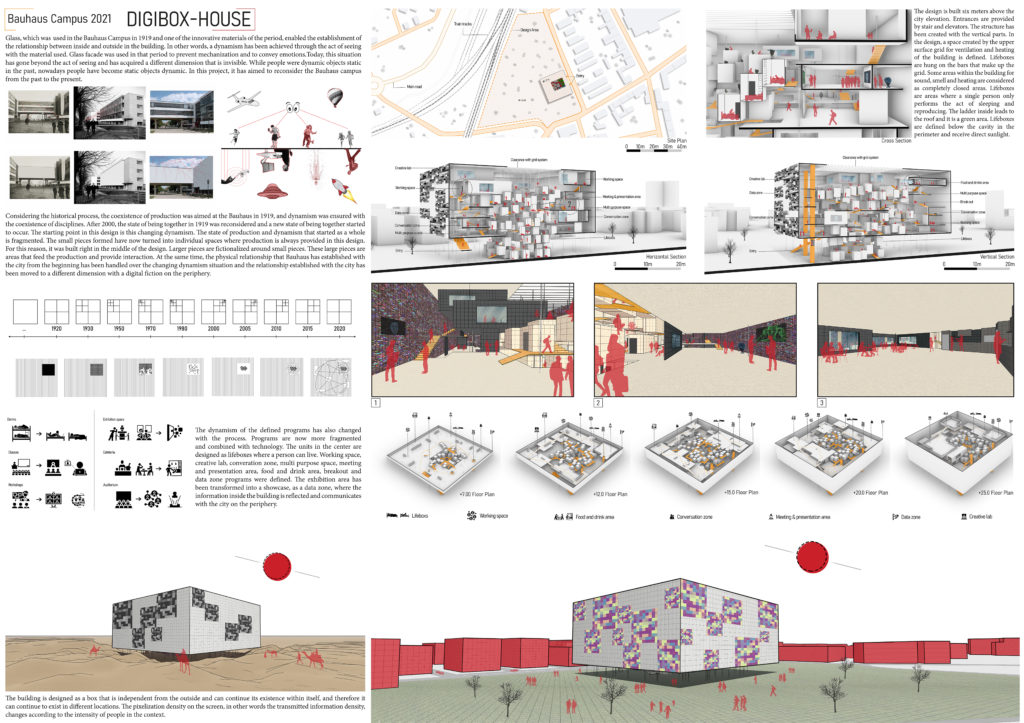 Glass, which was used in the Bauhaus Campus in 1919 and one of the innovative materials of the period, enabled the establishment of the relationship between inside and outside in the building. In other words, a dynamism has been achieved through the act of seeing with the material used. Glass facade was used in that period to prevent mechanization and to convey emotions. Today, this situation has gone beyond the act of seeing and has acquired a different dimension that is invisible. While people were dynamic objects static in the past, nowadays people have become static objects dynamic. In this project, it has aimed to reconsider the Bauhaus campus from the past to the present. Considering the historical process, the coexistence of production was aimed at the Bauhaus in 1919, and dynamism was ensured with the coexistence of disciplines. After 2000, the state of being together in 1919 was reconsidered and a new state of being together started to occur. The starting point in this design is this changing dynamism. The state of production and dynamism that started as a whole is fragmented. The small pieces formed have now turned into individual spaces where production is always provided in this design. For this reason, it was built right in the middle of the design. Larger pieces are fictionalized around small pieces. These large pieces are areas that feed the production and provide interaction. At the same time, the physical relationship that Bauhaus has established with the city from the beginning has been handled over the changing dynamism situation and the relationship established with the city has been moved to a different dimension with a digital fiction on the periphery. The dynamism of the defined programs has also changed with the process. Programs are now more fragmented and combined with technology. The units in the center are designed as lifeboxes where a person can live. Working space, creative lab, conversation zone, multi purpose space, meeting and presentation area, food and drink area, breakout and data zone programs were defined. The exhibition area has been transformed into a showcase, as a data zone, where the information inside the building is reflected and communicates with the city on the periphery. The building is designed as a box that is independent from the outside and can continue its existence within itself, and therefore it can continue to exist in different locations. The pixelization density on the screen, in other words the transmitted information density, changes according to the intensity of people in the context.The design is built six meters above the city elevation. Entrances are provided by stair and elevators. The structure has been created with the vertical parts. In the design, a space created by the upper surface grid for ventilation and heating of the building is defined. Lifeboxes are hung on the bars that make up the grid. Some areas within the building for sound, smell and heating are considered as completely closed areas. Lifeboxes are areas where a single person only performs the act of sleeping and reproducing. The ladder inside leads to the roof and it is a green area. Lifeboxes are defined below the cavity in the perimeter and receive direct sunlight. 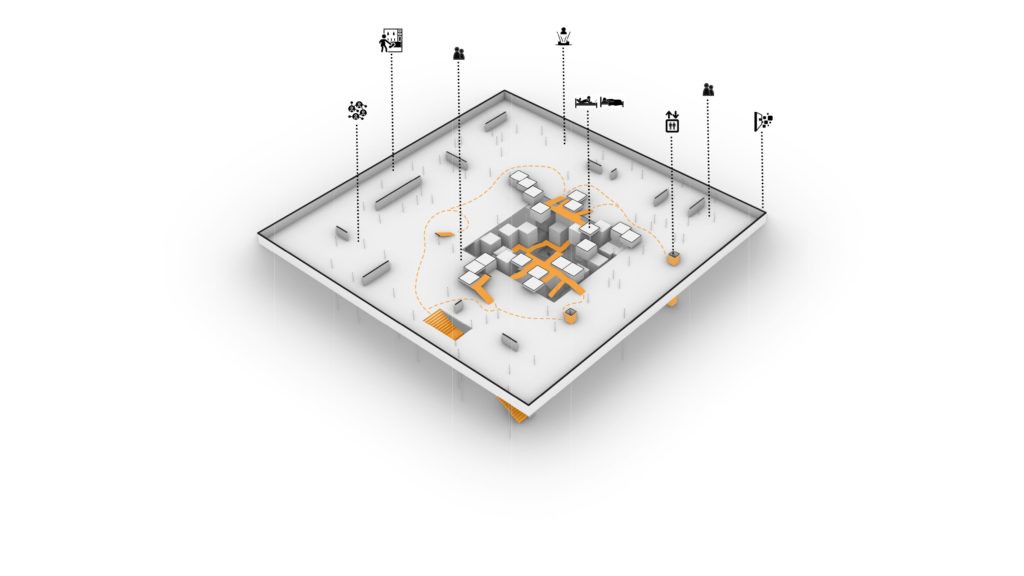 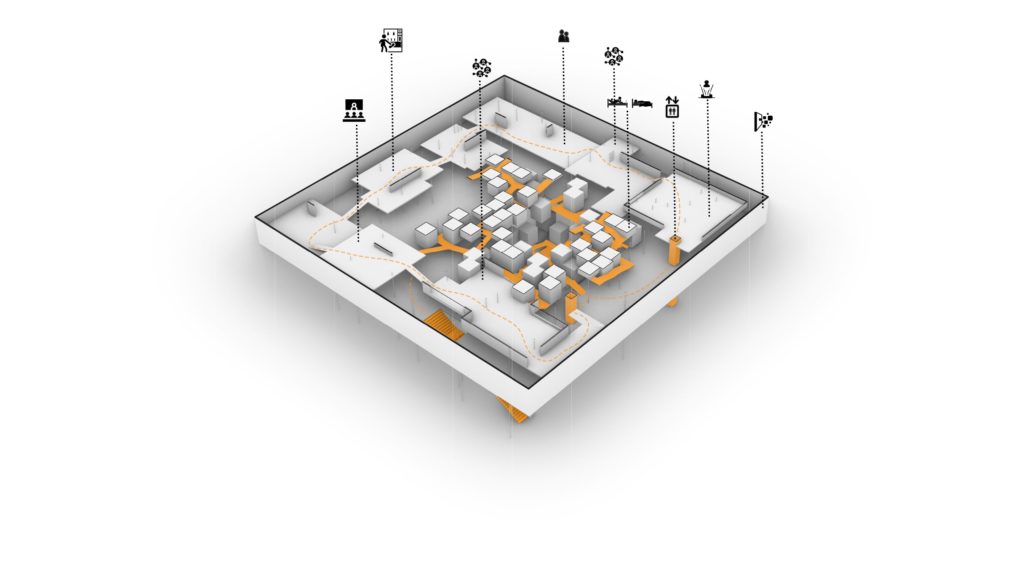 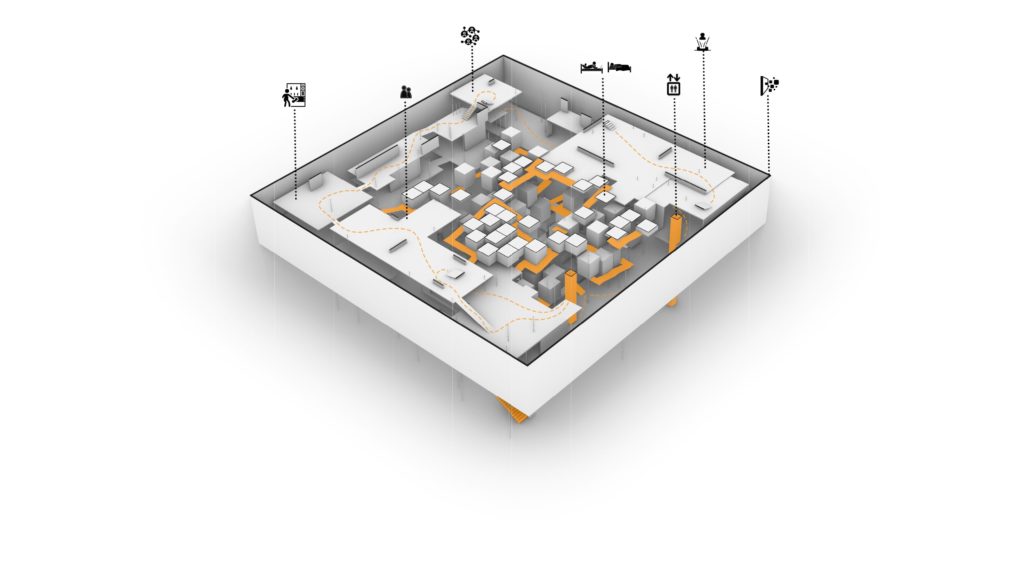 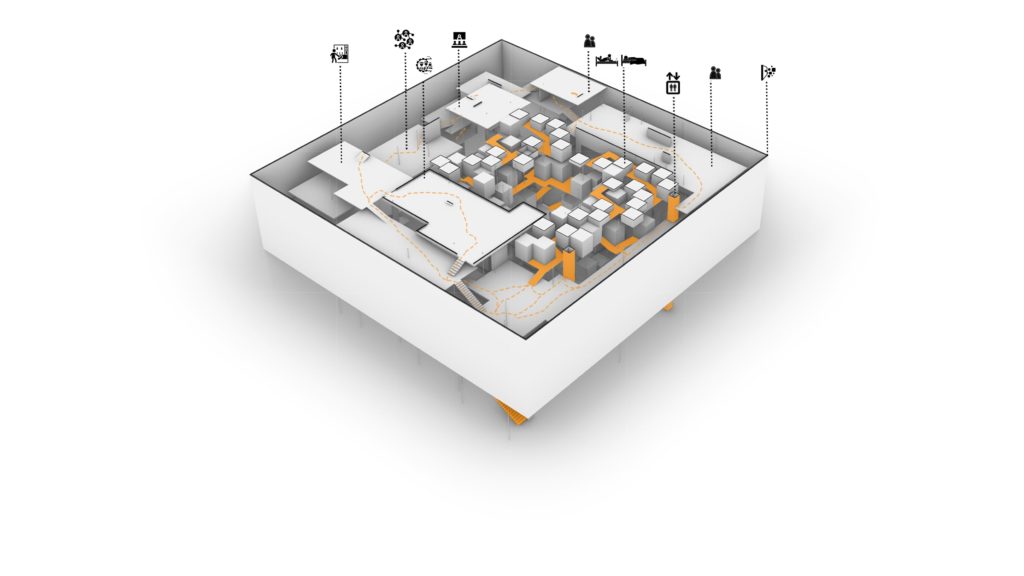 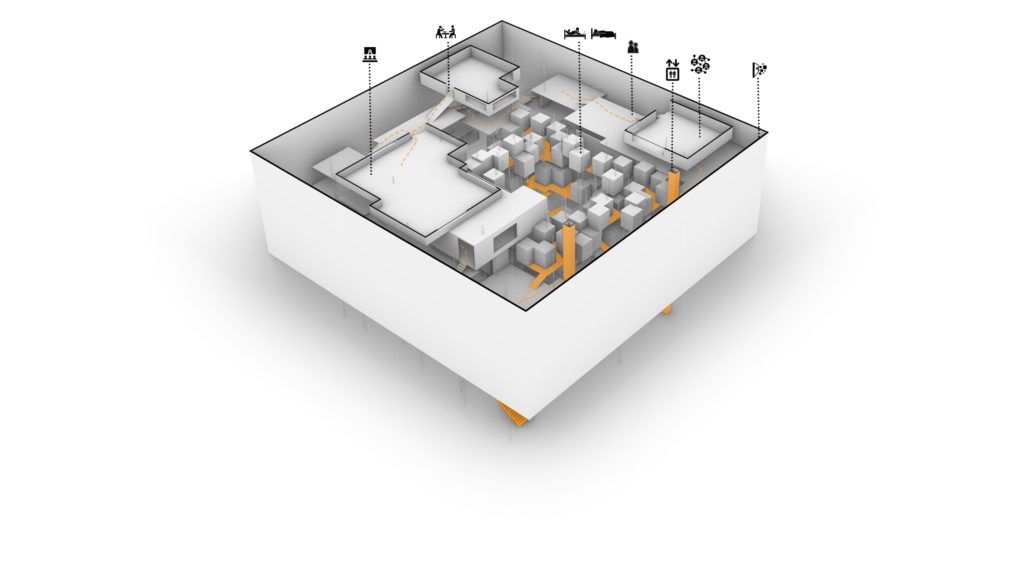 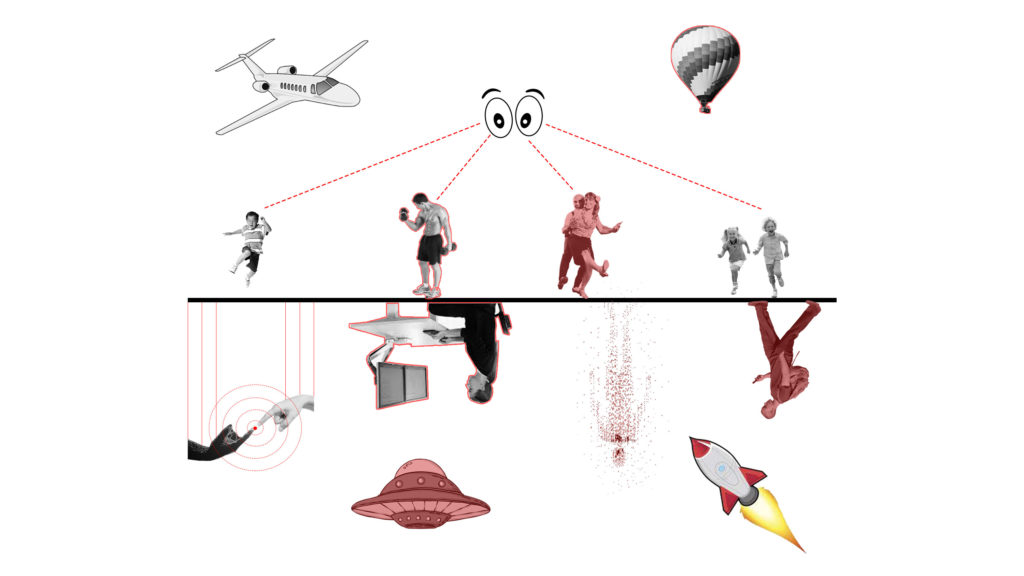 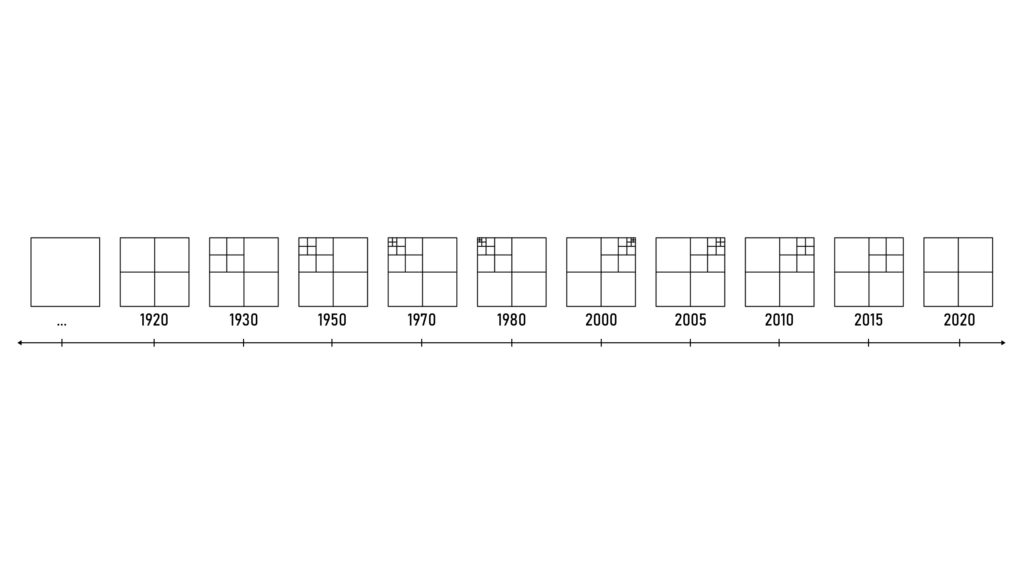 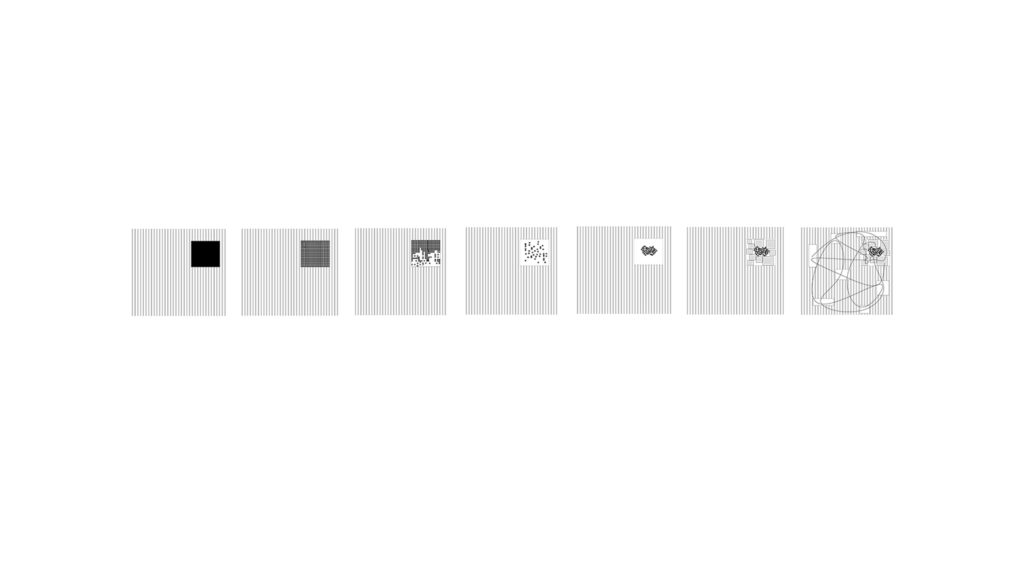 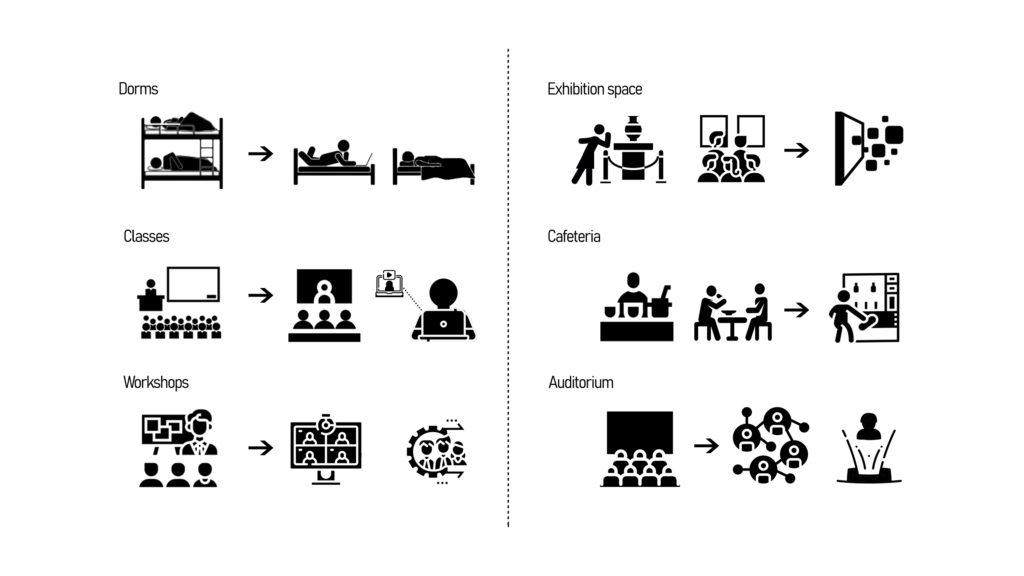 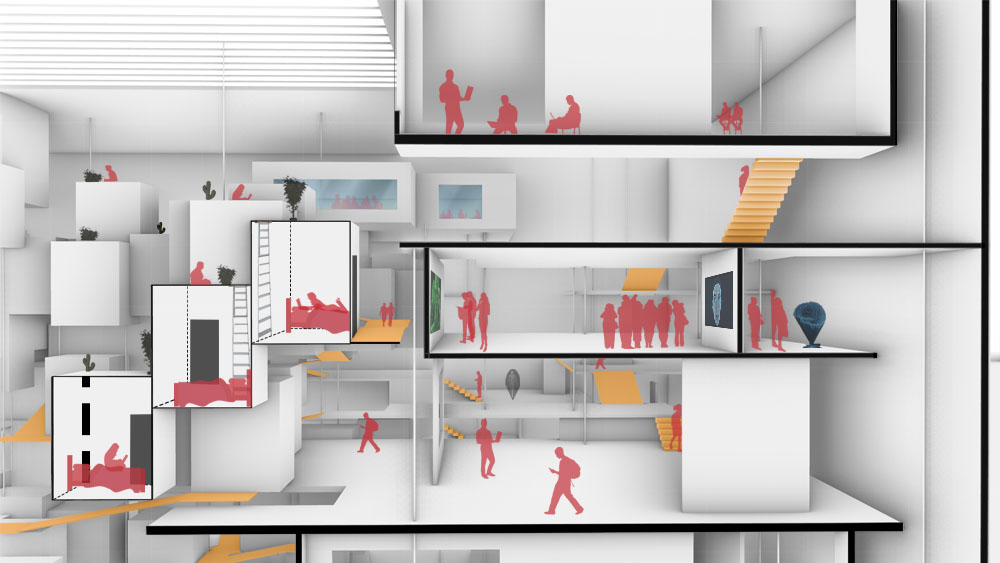 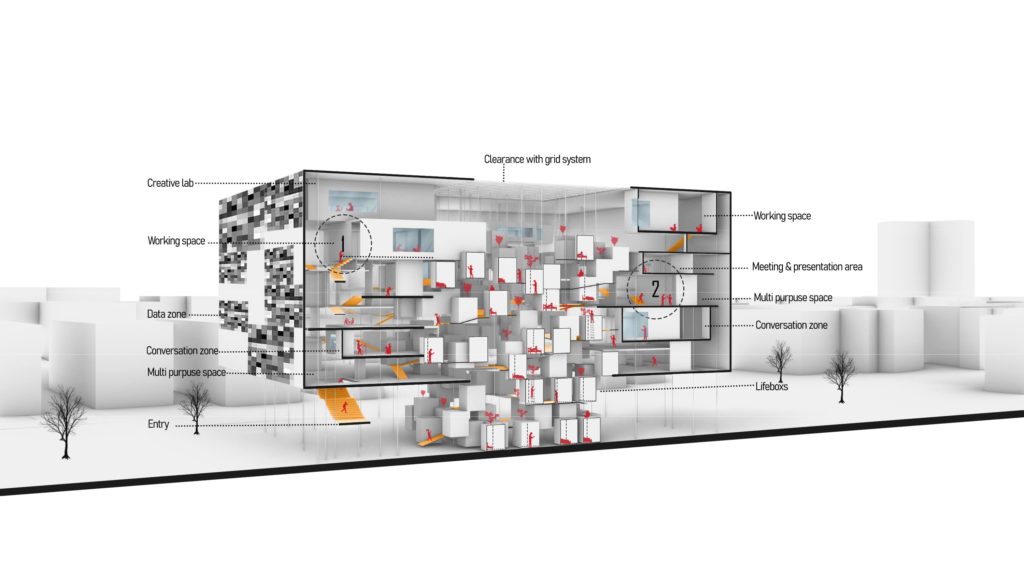 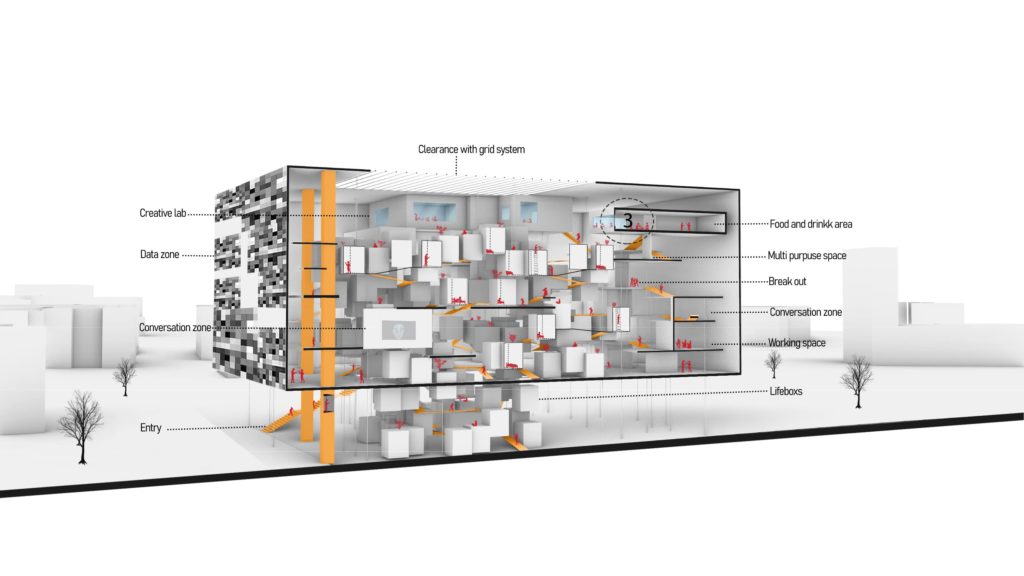 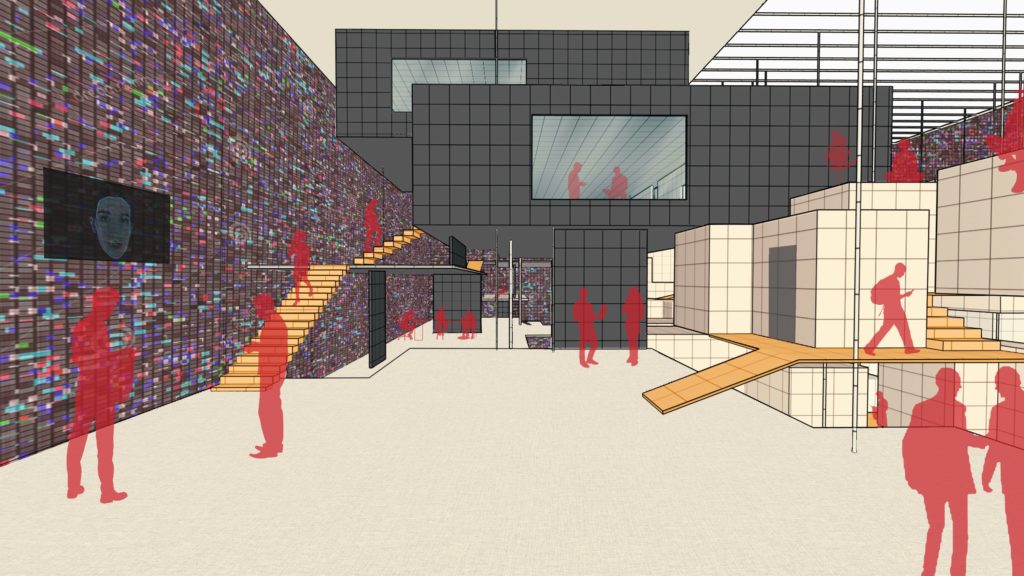 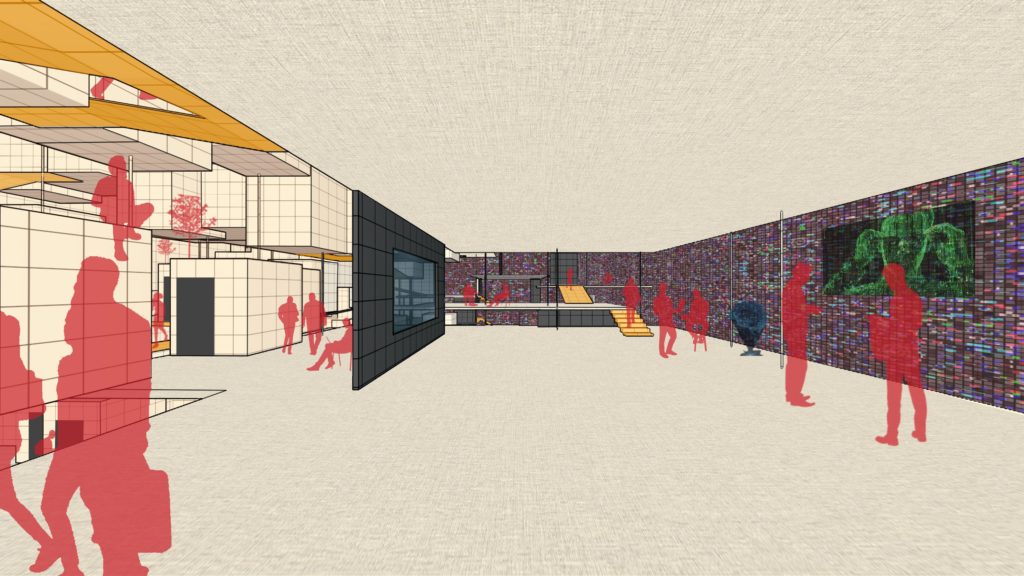 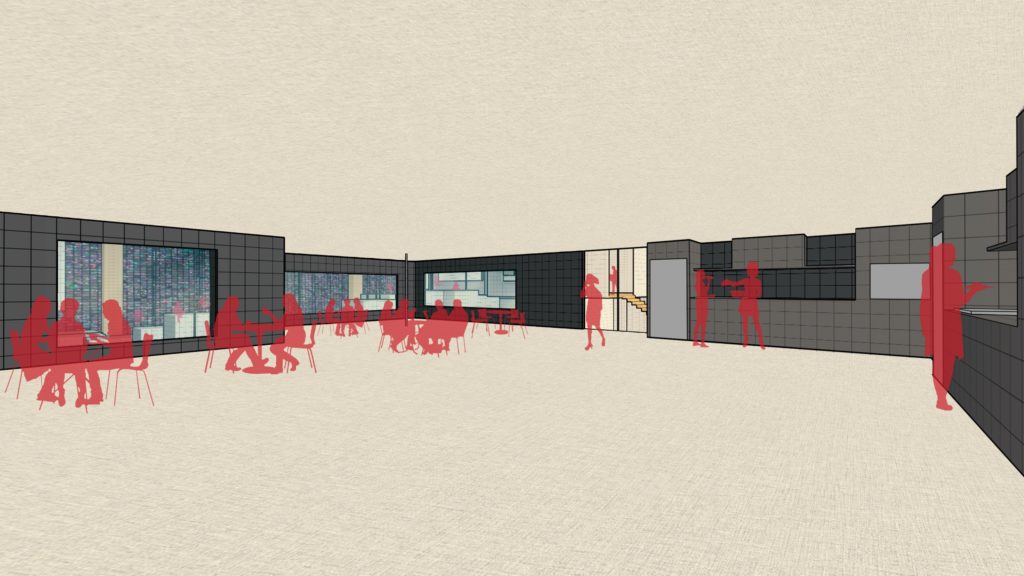 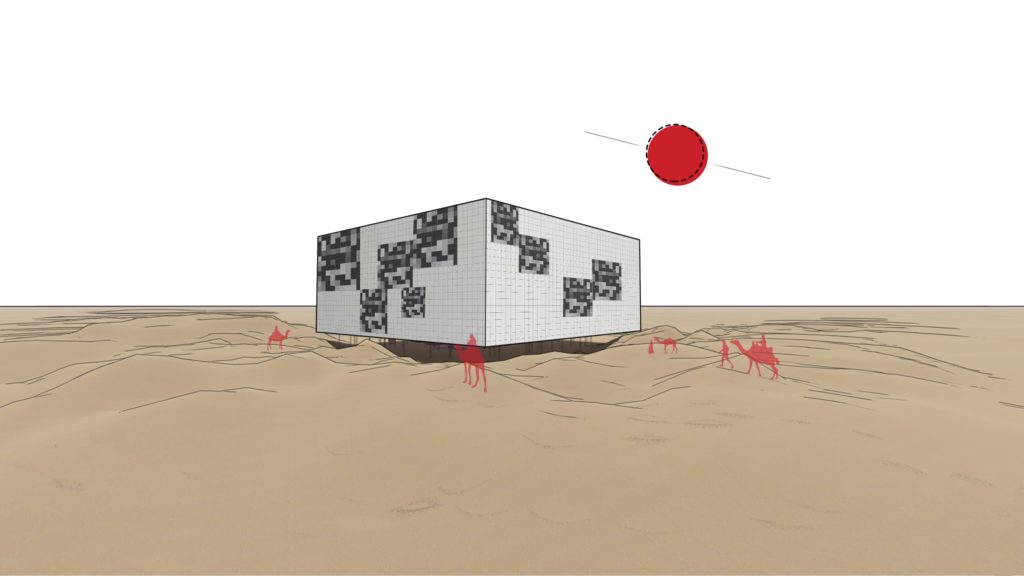 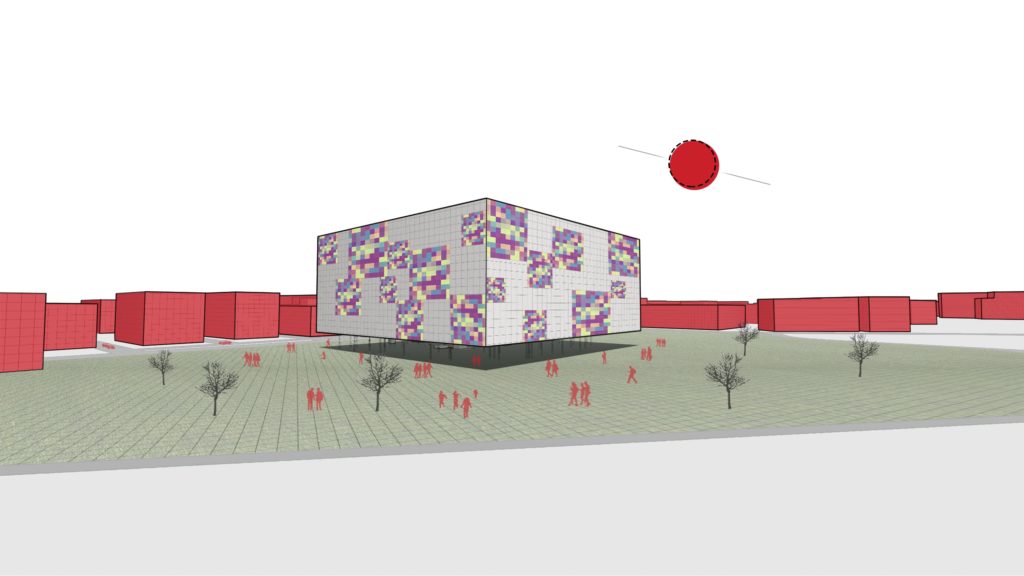 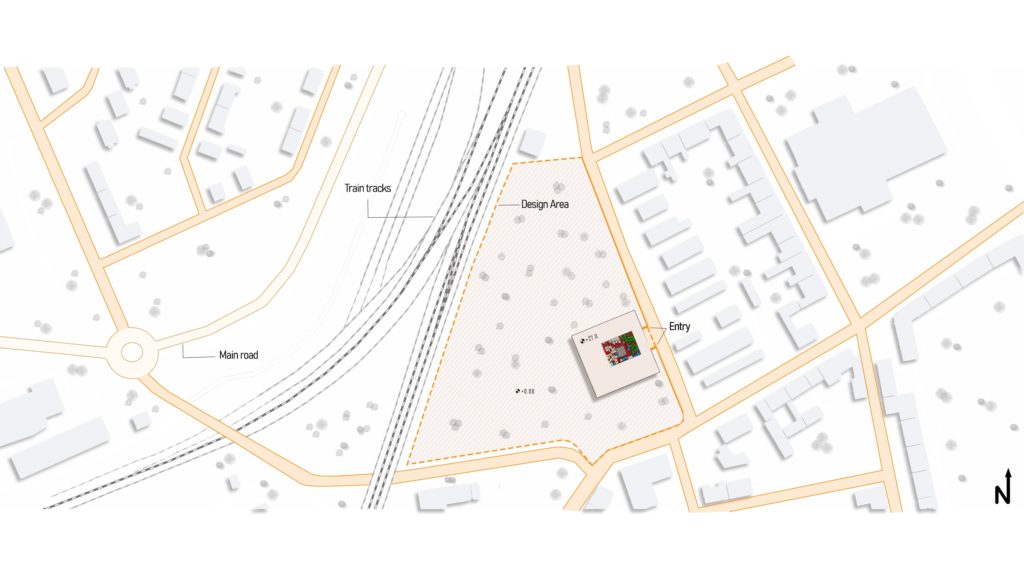