Between real and unreal by ABIJMVY arq

This project was selected as a Finalist by the jury of the Bauhaus Campus 2021 competition. Registration ID #1841 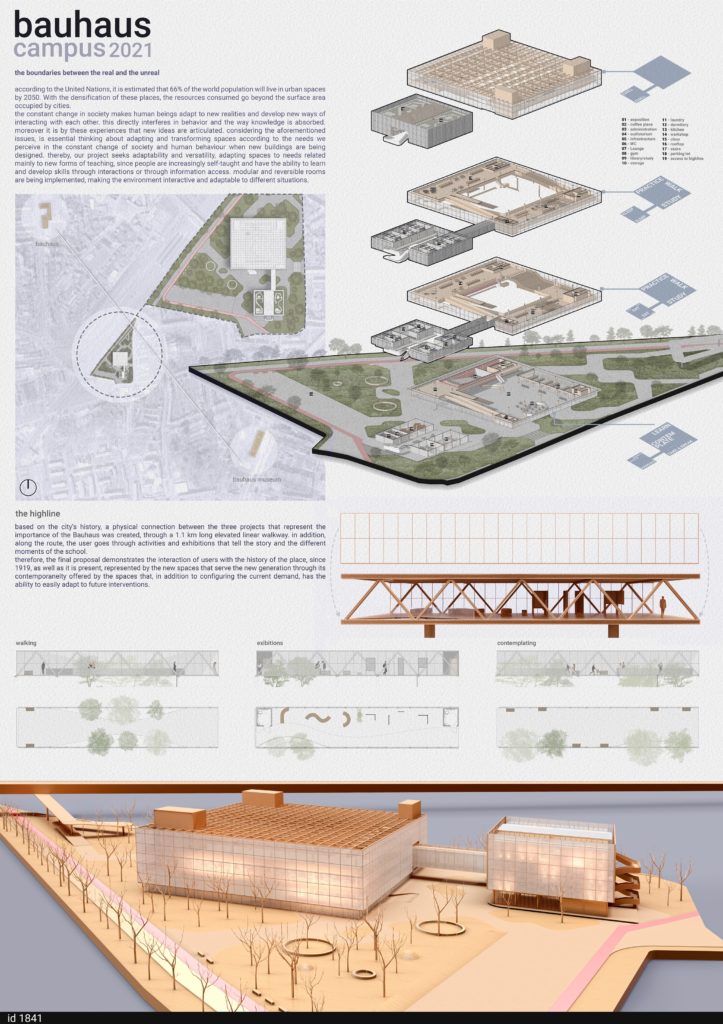 the boundaries between the real and the unreal

according to the United Nations, it is estimated that 66% of the world population will live in urban spaces by 2050. With the densification of these places, the resources consumed go beyond the surface area occupied by cities.

the constant change in society makes human beings adapt to new realities and develop new ways of interacting with each other. this directly interferes in behavior and the way knowledge is absorbed. moreover it is by these experiences that new ideas are articulated. considering the aforementioned issues, is essential thinking about adapting and transforming spaces according to the needs we perceive in the constant change of society and human behaviour when new buildings are being designed. thereby, our project seeks adaptability and versatility, adapting spaces to needs related mainly to new forms of teaching, since people are increasingly self-taught and have the ability to learn and develop skills through interactions or through information access. modular and reversible rooms are being implemented, making the environment interactive and adaptable to different situations.

based on the city’s history, a physical connection between the three projects that represent the importance of the Bauhaus was created, through a 1.1 km long elevated linear walkway. in addition, along the route, the user goes through activities and exhibitions that tell the story and the different moments of the school.

therefore, the final proposal demonstrates the interaction of users with the history of the place, since 1919, as well as it is present, represented by the new spaces that serve the new generation through its contemporaneity offered by the spaces that, in addition to configuring the current demand, has the ability to easily adapt to future interventions. 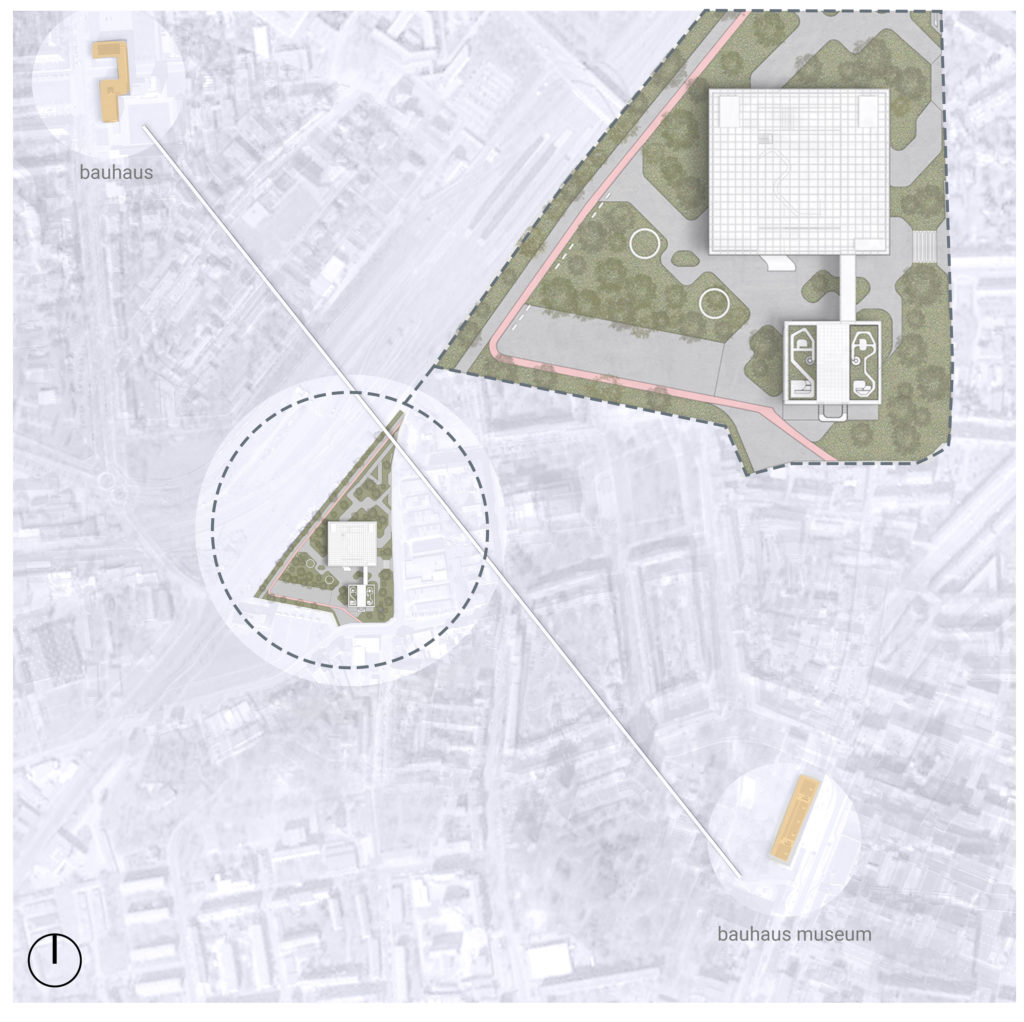 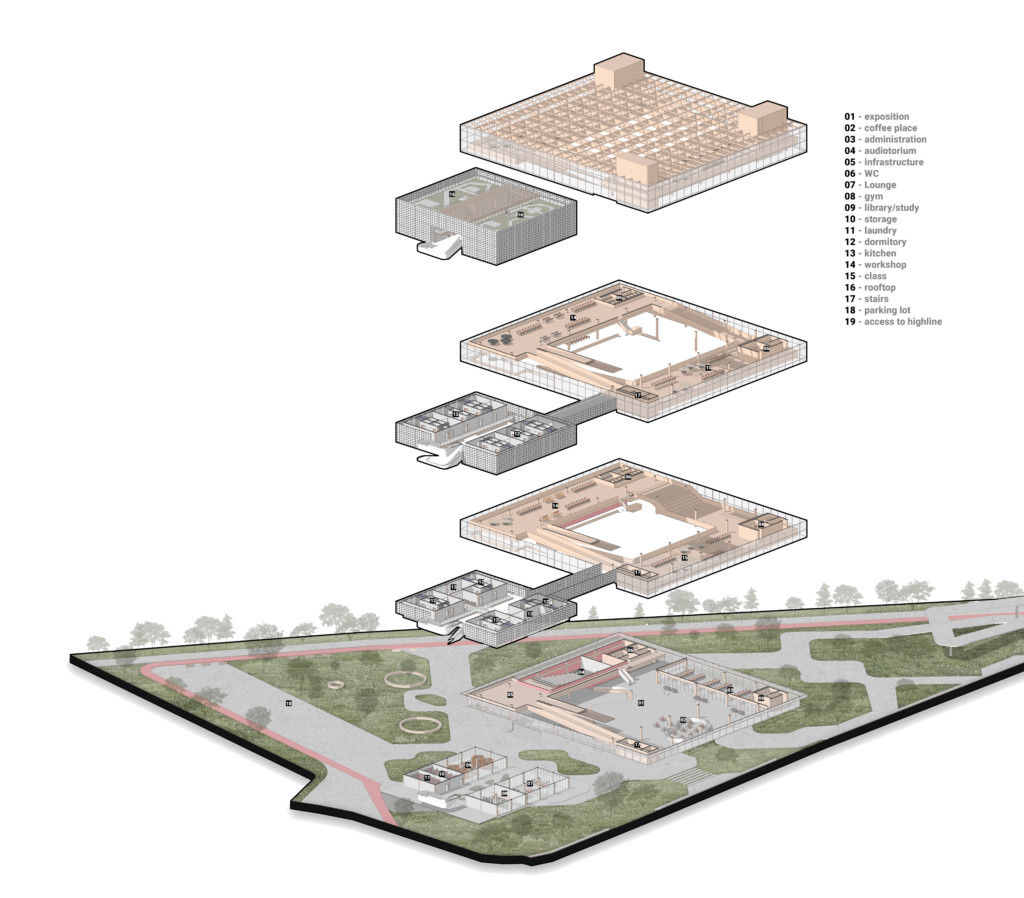