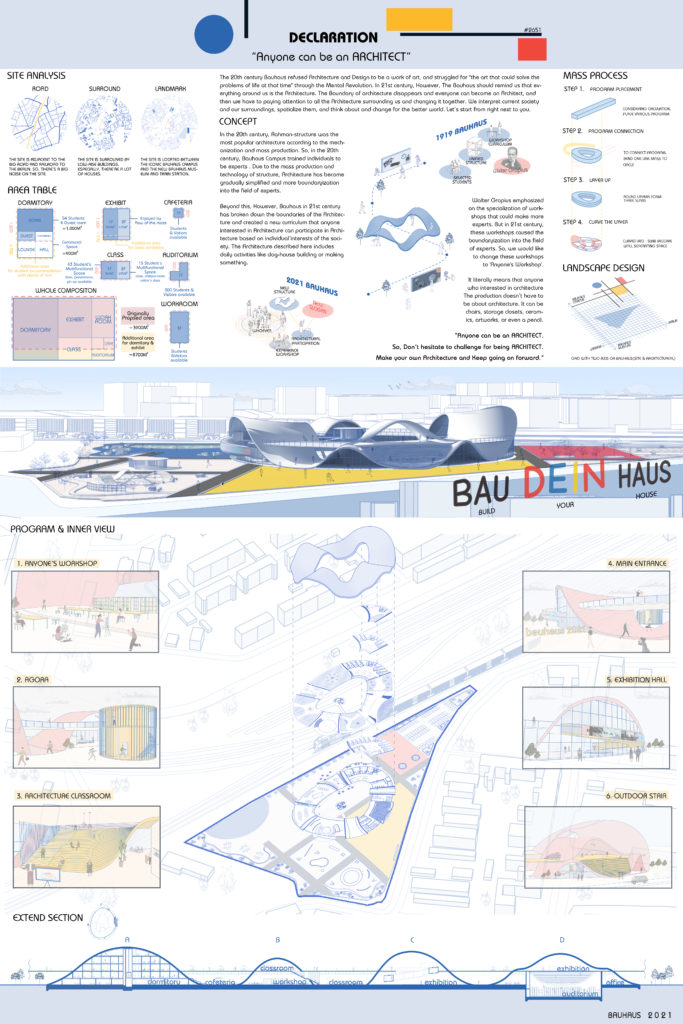 “Anyone can be an ARCHITECT.”

The 20th century Bauhaus refused Architecture and Design to be a work of art, and struggled for ‘the art that could solve the problems of life at that time through the Mental Revolution.

In 21st century, However, The Bauhaus should remind us that everything around us is the Architecture.

The Boundary disappears and everyone can become an Architect, and then paying attention to all the Architecture surrounding us and changing it together.

We interpret current society and our surroundings, spatialize them, and think about and change for the better world.

Based on our new Declaration, We carried out our project and drew out this concept process.

In the 20th century, Rahman-structure was the most popular architecture according to the mechanization and mass production. So, the 20th Bauhaus Campus trained individuals to be experts. Due to the mass production and technology of slabs, columns, and glasses, Architecture has become gradually simplified and more boundaryization into the field of experts.

To be off the point of this ideology of 20th century , However, in 21st century, Bauhaus Campus 2021 has broken down the boundaries of the Architecture and created a new curriculum that anyone interested in Architecture can participate in Architecture based on individual’s interests of the society. The Architecture described here includes daily activities like dog-house building or making something.

Also, we focused on the Walter Gropius’s ideology that describes about the collaboration with technology and art, and workshops.  With the advancement of technology, in 21st century, the collaboration with the technology and art has been more various and attractive, and are no longer constrained by technology. It means that we have been able to do more metaphysical and geometric architecture and express our idea more effectively.

Plus, Gropius emphasized on the specialization of workshops that could make more experts. But in 21st century, as mentioned above, these workshops caused the boundaryization into the field of experts. So, we would like to change these workshops to ‘Anyone’s Workshop’.

‘Anyone’s Workshop’ literally means that anyone who interested in architecture and even knew nothing about it can use here. The production doesn’t have to be about architecture. It can be chairs, storage closets, ceramics, artworks, or even a pencil. We think that these concepts can help break down the boundaries of architecture ,and correspond to the Bauhaus Campus 2021 .

Thus, by combining the previous conceptual contents, we designed the campus to the Curved mass so that people can easily access it and programs can be connected organically. The Organic Curve which break down the boundary layer naturally connect the outside and the inside and lead the collaboration between programs (such as from classes to workshops).

We anticipate that the new Bauhaus Campus can help individuals have their own ego by taking interests and responsibilities in their society and making their own surroundings.

Through the site analysis, we found out that the site has a big noise because the wide road and railroad to the Berlin is adjacent to the site. So, we planted a lot of trees on the side. In addition, the site is surrounded by low-rise houses and located between the iconic original Bauhaus Campus and the New Bauhaus Museum and train station to Berlin. From these process, we made 2 axes. One is “Bauhaus Axis” which is connected the two iconic Bauhaus buildings. The other one is “Historic Axis” which is connected original Bauhaus campus(Weimar-Dessau-Berlin).

According to the program area you previously suggested, we distributed the area for each programs and then added area for the dorm and exhibition hall.

In short, We added an area of 870㎡ to the proposed area of 3,900㎡ and planned total 4,770㎡ program area without the outside area.

For the iconic program, we planned attractive inner details and made 6 inner views.

These inner details best illustrate our concept and make our building even more modern Bauhaus Campus.

In the past, we made the boundary which specifies and specializes architect. It makes people feel like architecture is not the field that they can’t access.

But, the world is changing rapidly and this is an era when various people create various cultures.

In this era, we suggest the new paradigm that those people could make their own architecture movement, and our slogan “Anyone can be an ARCHITECT.”

Based on this slogan, Thus, we make the Bauhaus Campus 2021 plan which could break down this boundary, so that people could access architecture more easily.

Last but not least, The title of this plan is the “Bau Dein Haus”. It means “Build Your House” in German. This title contains our concept and slogan exactly.

We hope that anyone can get their own ego through this campus and try to design their own architecture.

“Anyone can be an ARCHITECT. So, Don’t hesitate to challenge for being ARCHITECT. Make your own Architecture and Keep going on forward.”

That’s what we want to say from this Bauhaus Campus 2021 plan.

Thank you for reading this. 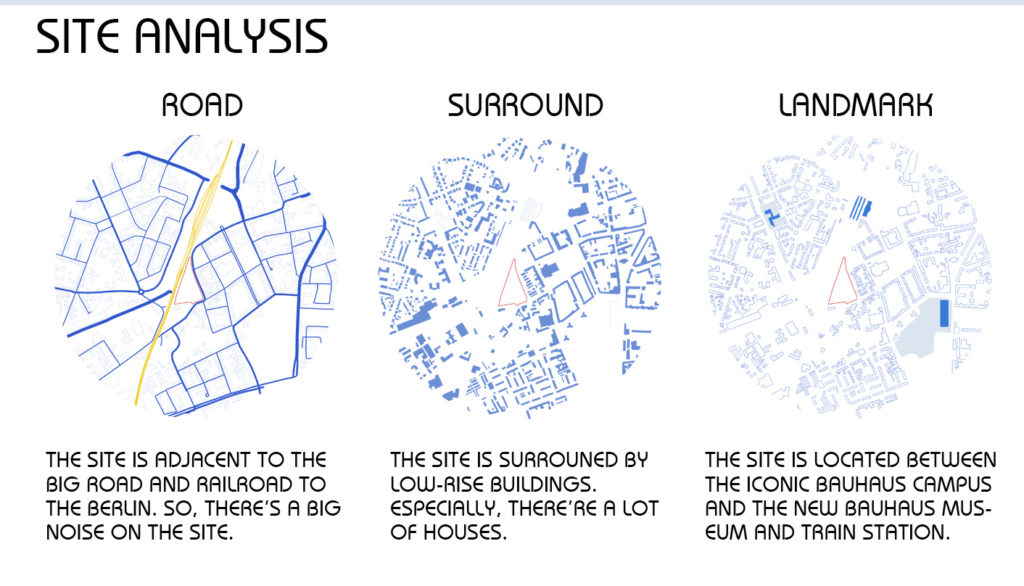 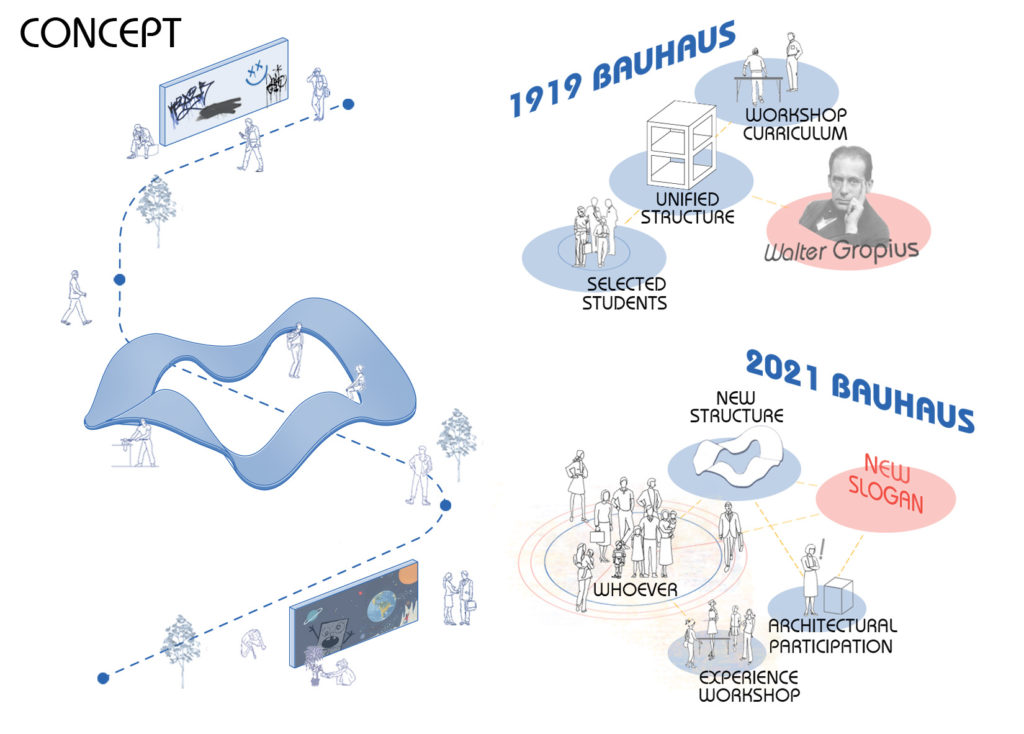 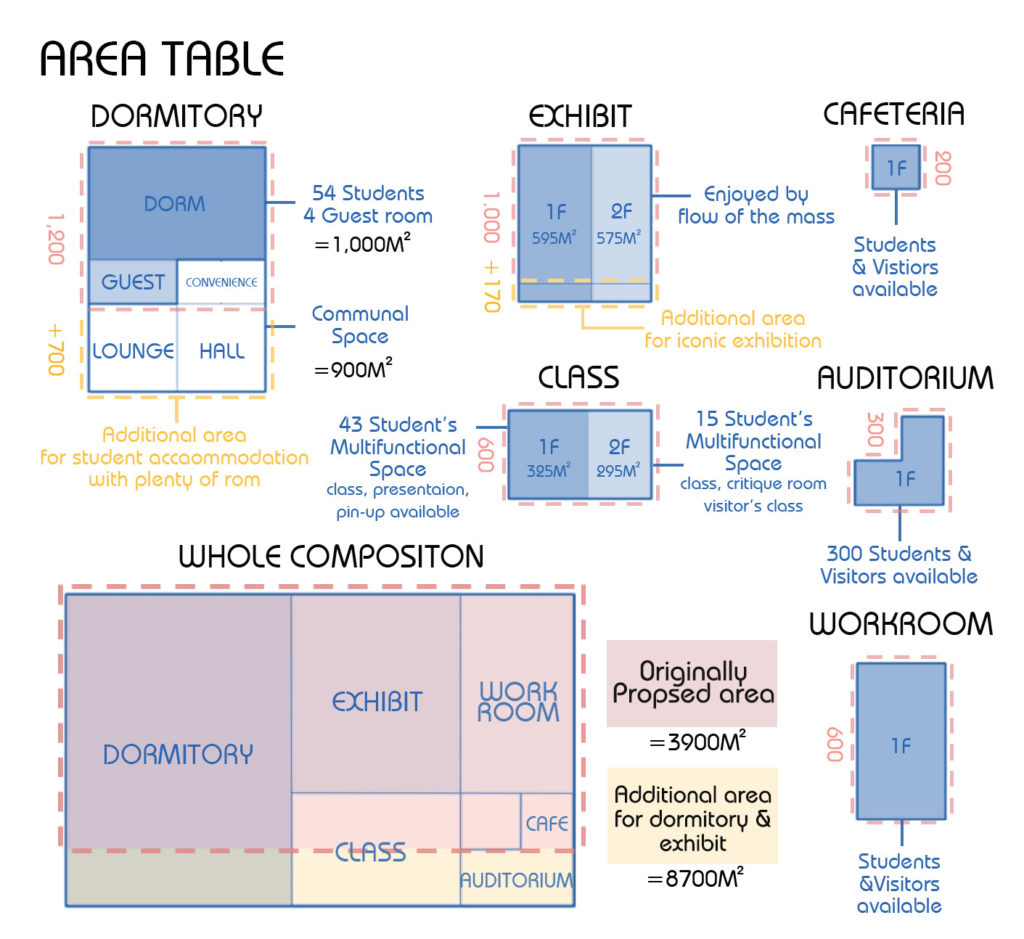 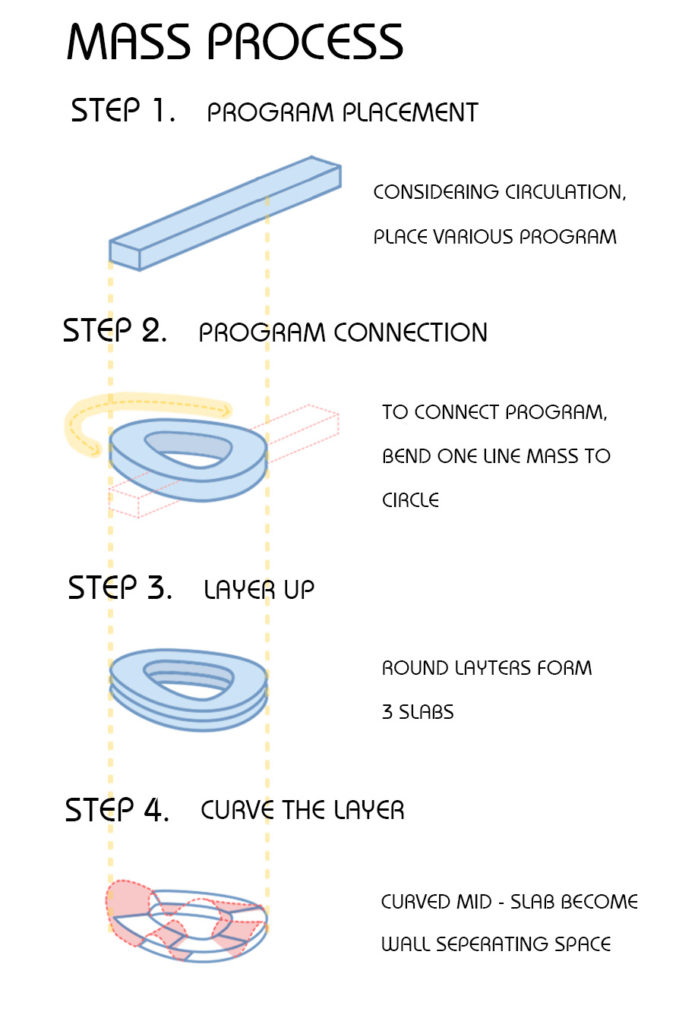 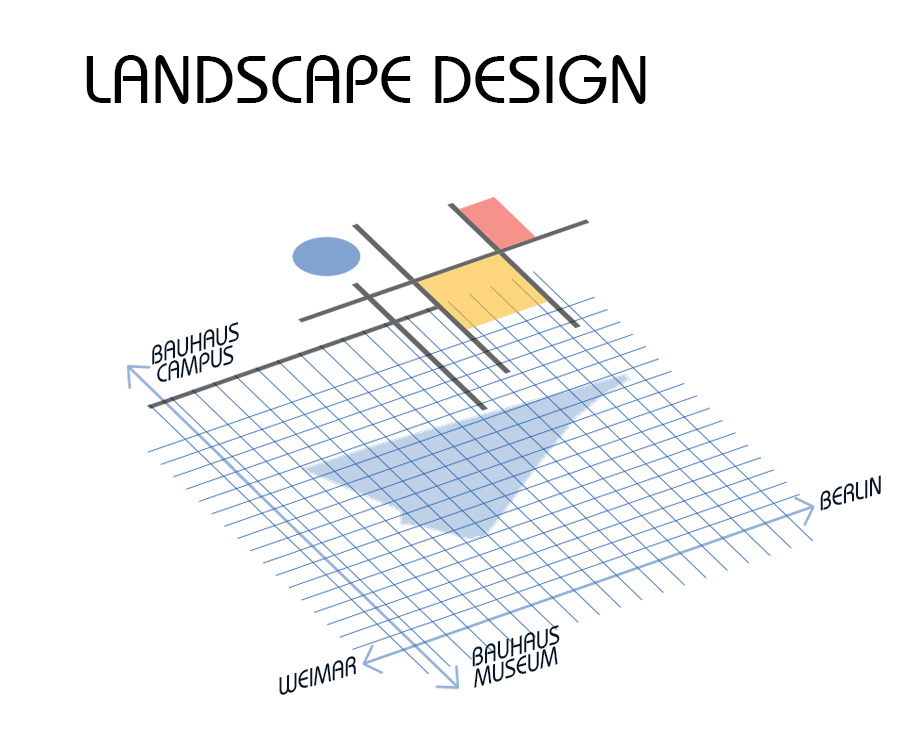 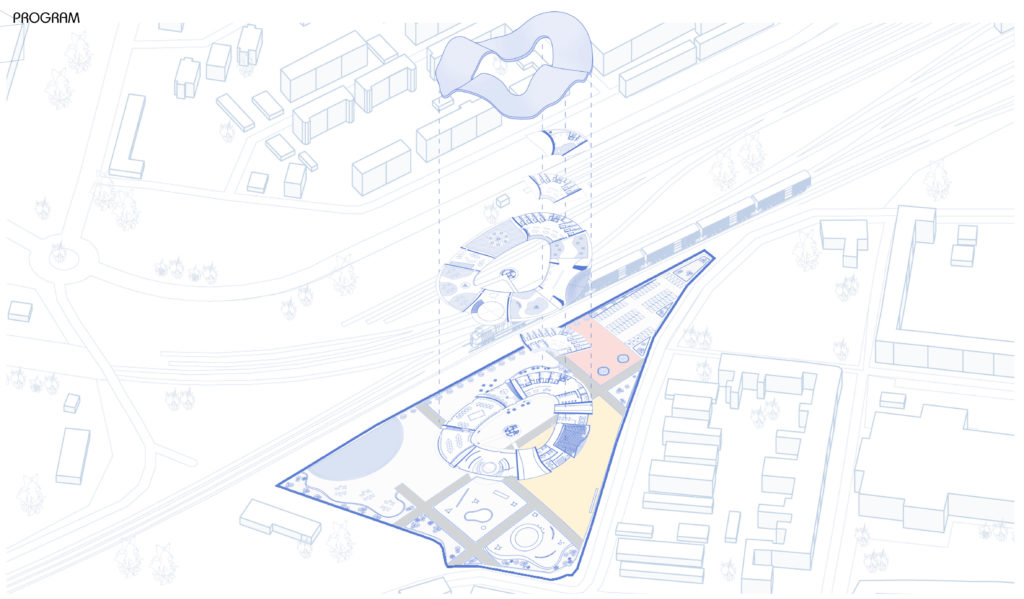 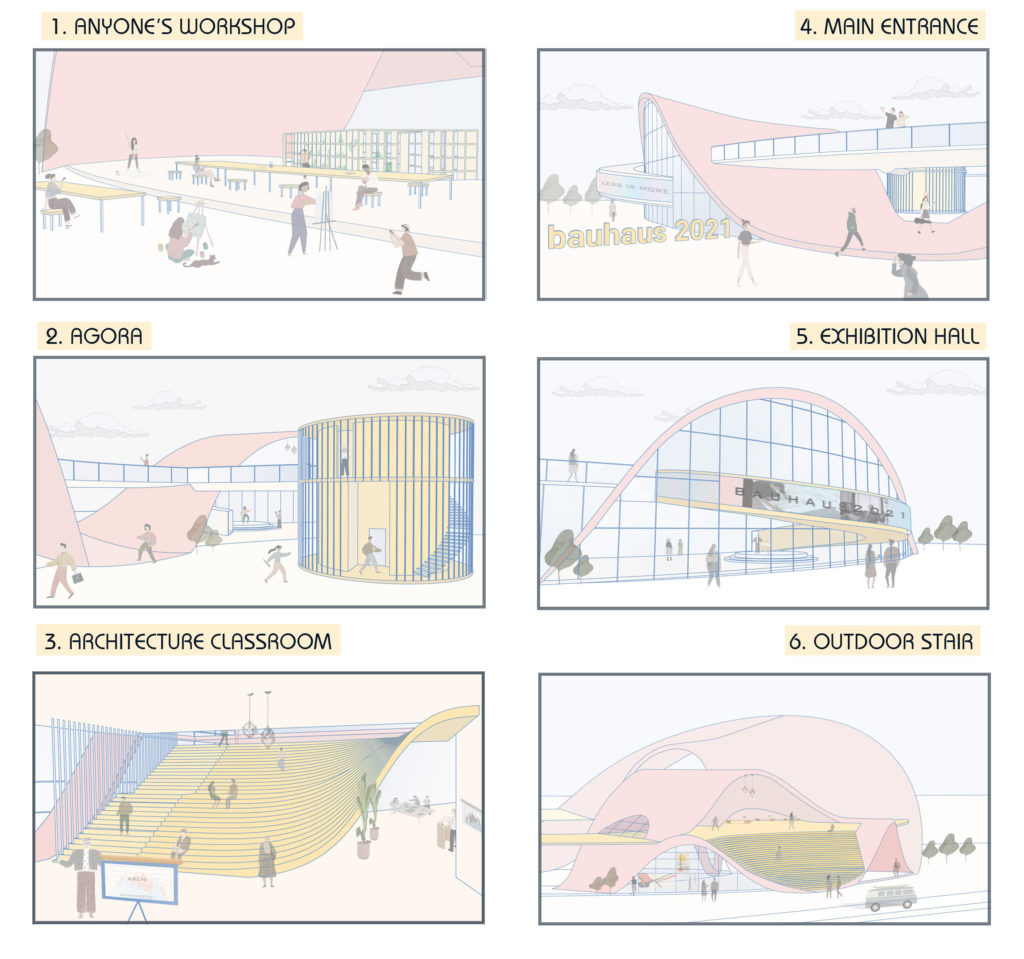