A Gateway to Bauhaus World by Aljaifi Architects 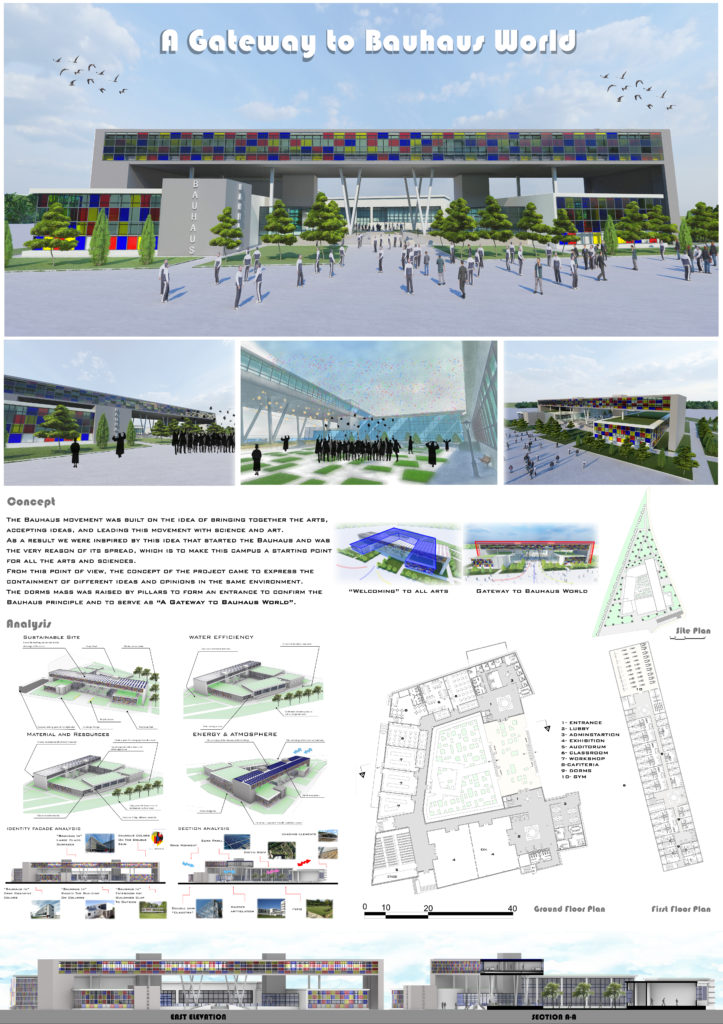 The Bauhaus movement was built on the idea of bringing together the arts, accepting ideas, and leading this movement with science and art.

As a result we were inspired by this idea that started the Bauhaus and was the very reason of its spread, which is to make this campus a starting point for all the arts and sciences.

From this point of view, the concept of the project came to express the containment of different ideas and opinions in the same environment.

The dorms mass was raised by pillars to form an entrance to confirm the Bauhaus principle and to serve as “A Gateway to Bauhaus World”. 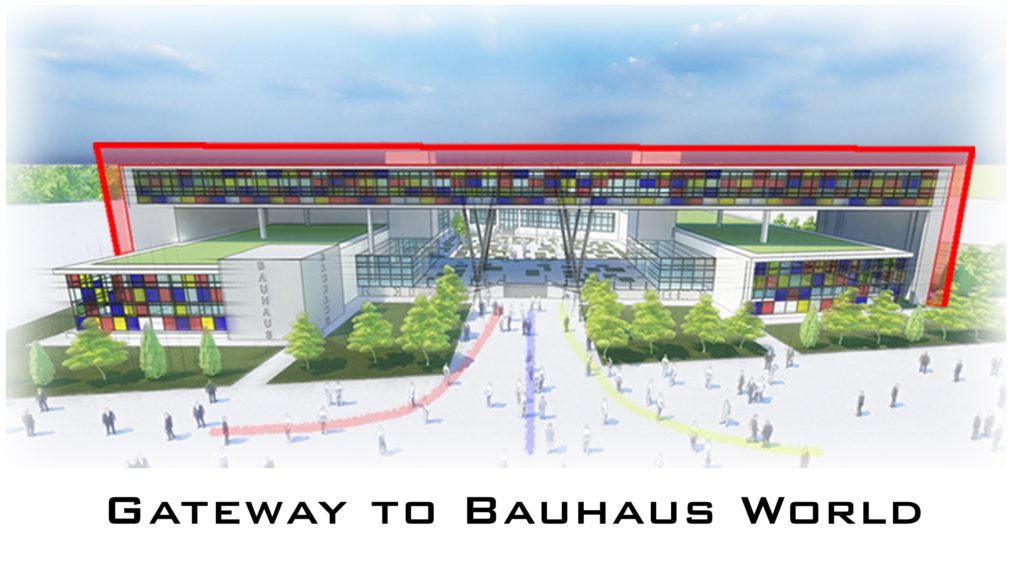 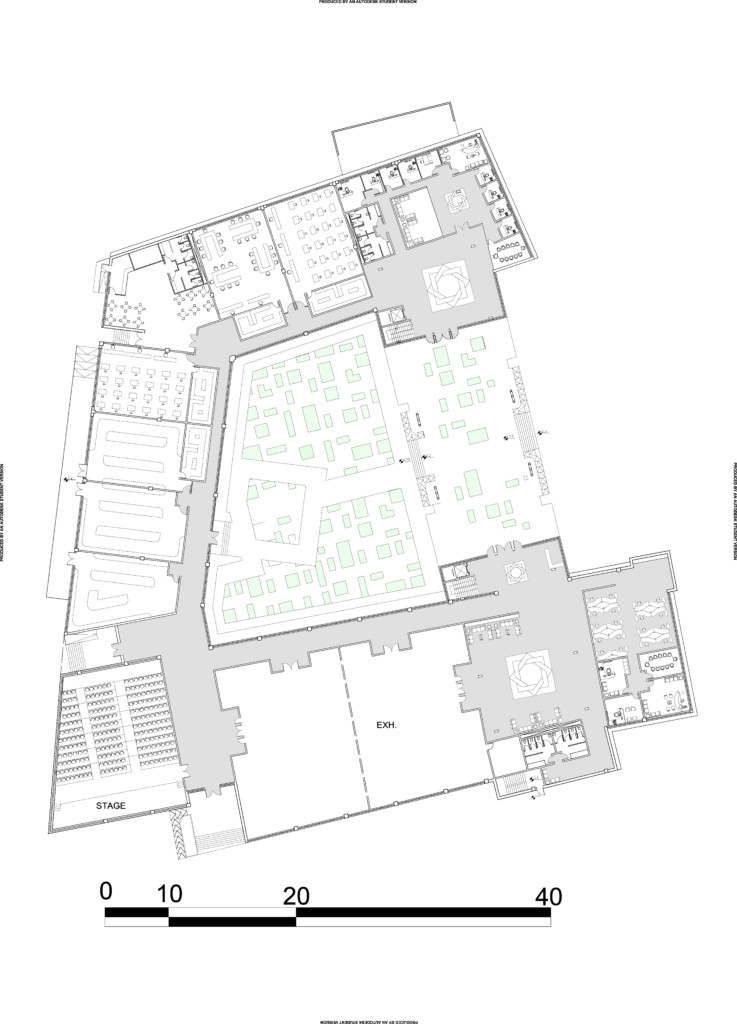 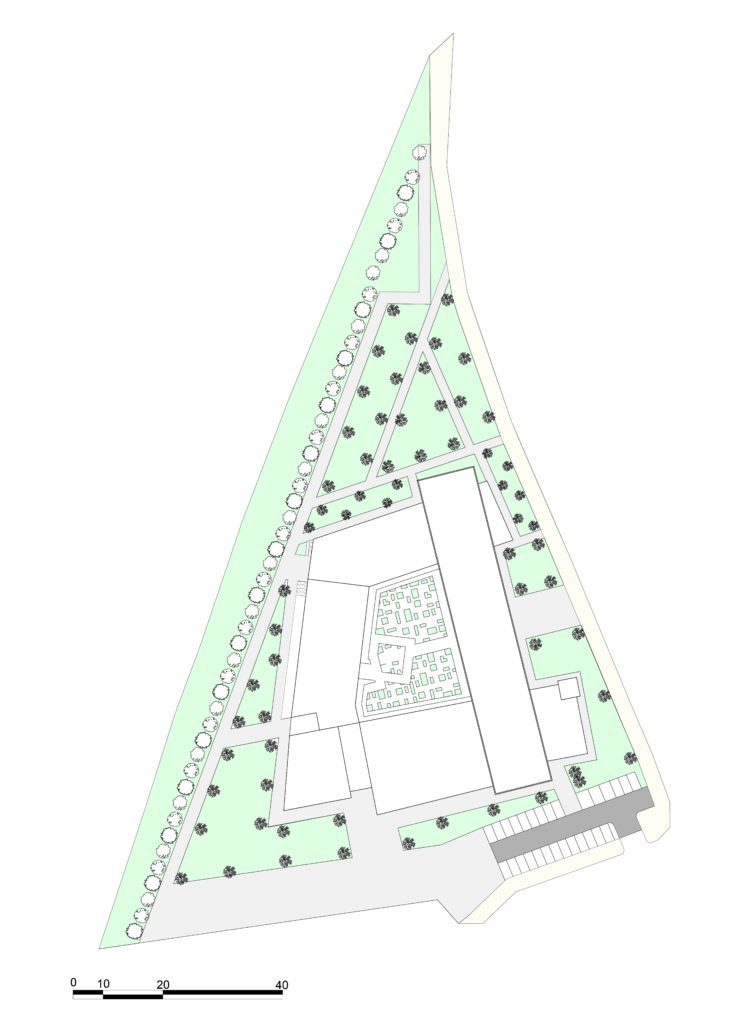 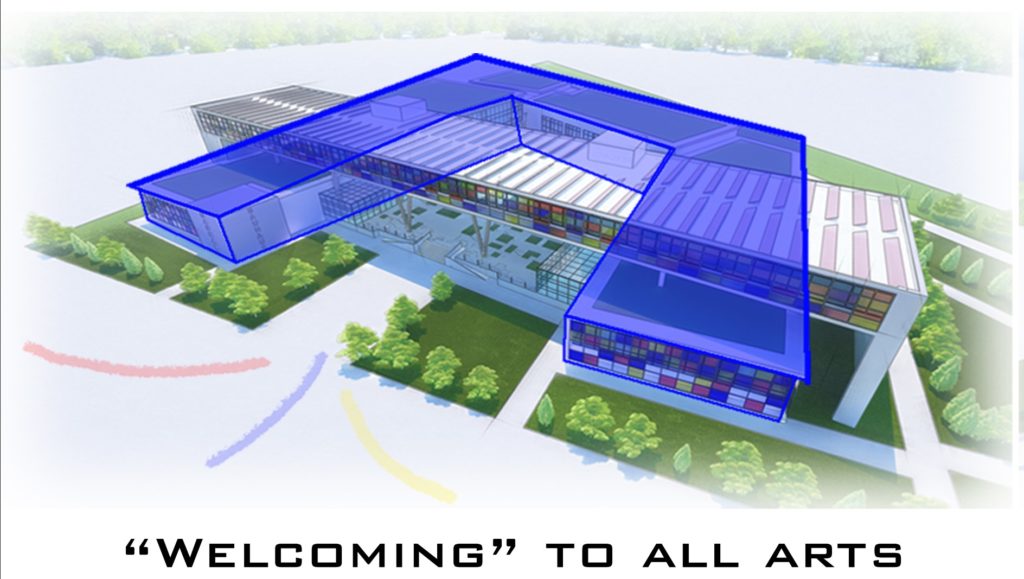 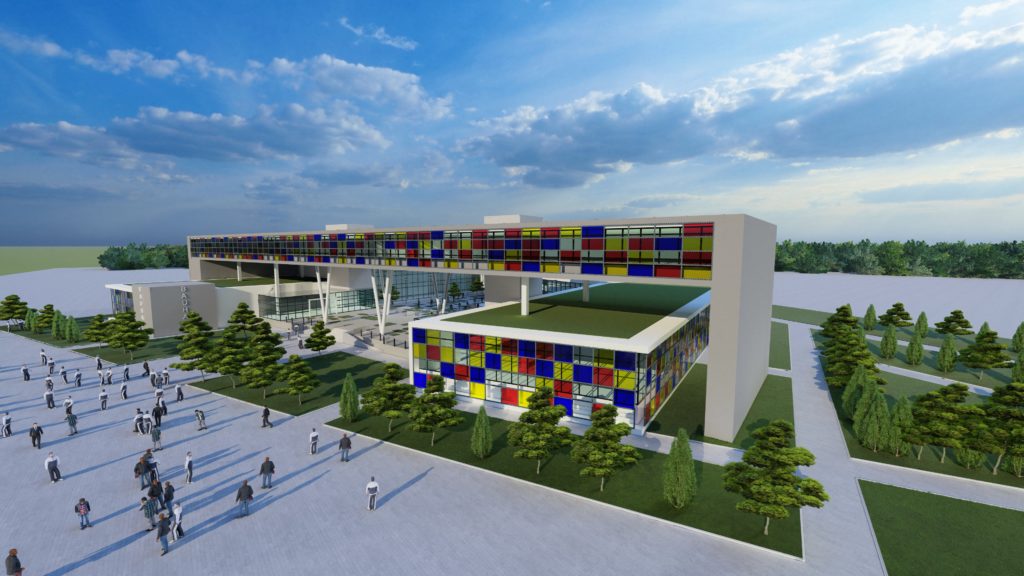 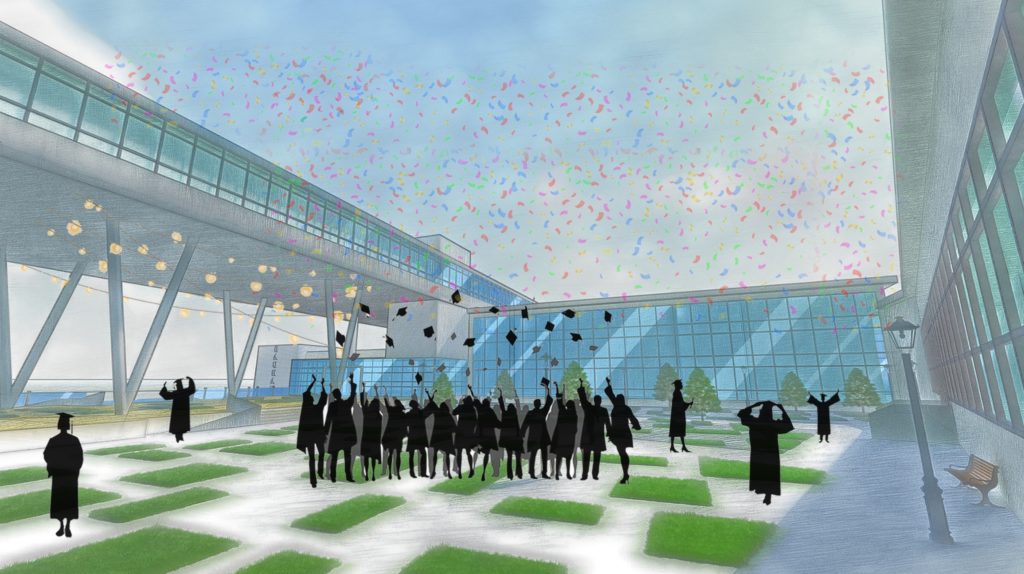 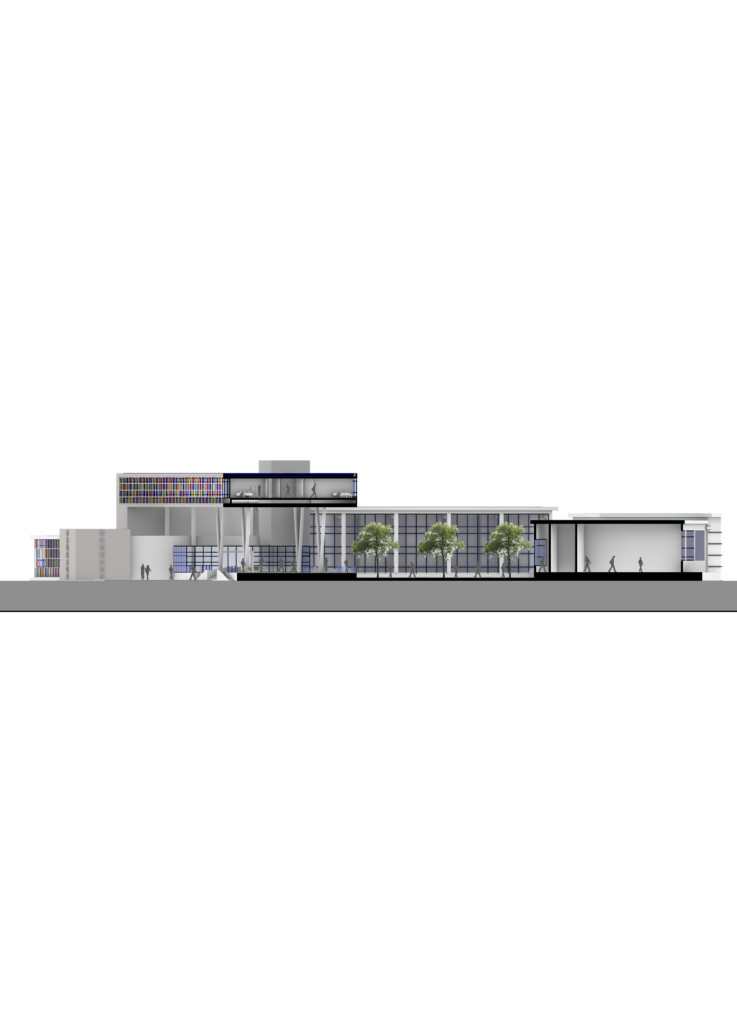 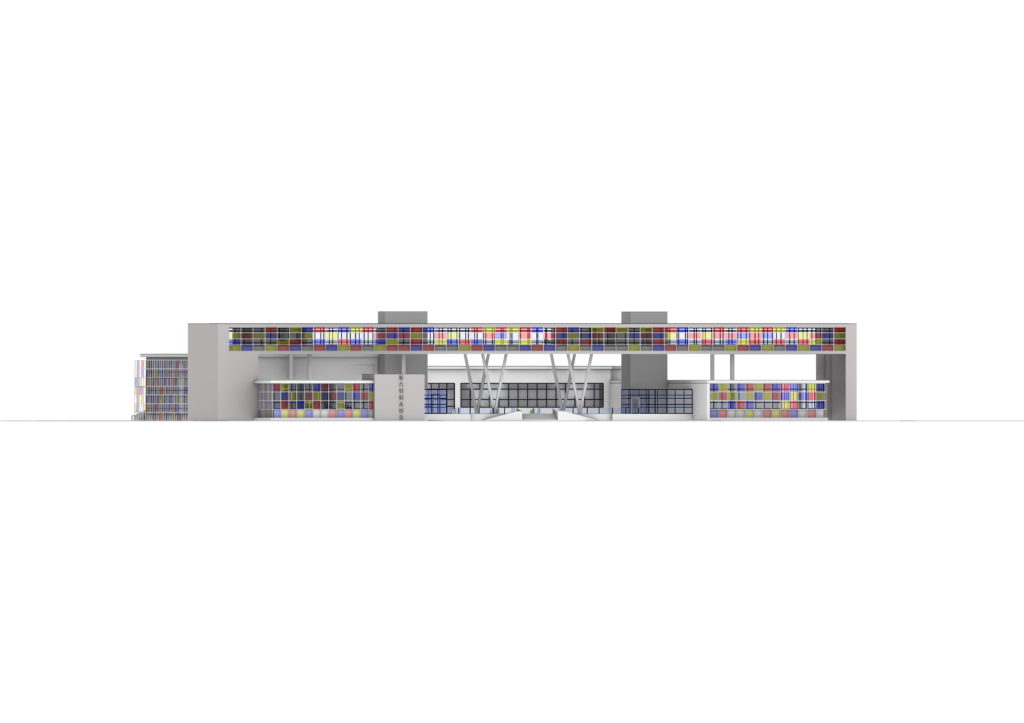